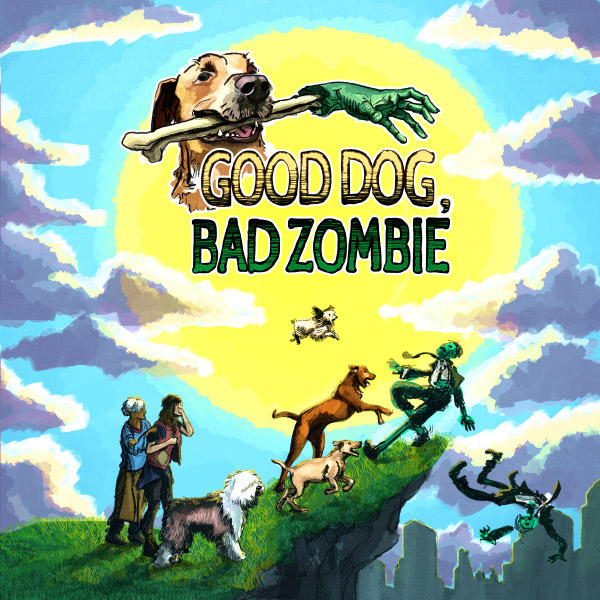 If “Homeward Bound meets The Walking Dead” sounds appealing to you, then Good Dog, Bad Zombie is probably right up your (likely dark and zombie-infested) alley. This is how board-game developers Make Big Things describe their new tabletop game, which is currently seeking funding for production through a Kickstarter campaign. In GDBZ (which is fun to say fast), players work cooperatively (read: everyone wins, or everyone loses) to save a post-apocalyptic city from a zombie attack. In the story-based game, game players are members of a heroic dog pack rescuing humans from a zombie apocalypse; using their special powers (such as snuggling, protecting, or being grumpy), the pup pack searches the city for human survivors and herds them to safety in Central Bark — all while occasionally pausing to, you know, lick themselves. Extra coolness factor: GDBZ is ethically produced by a worker-owned cooperative using environmentally friendly and sustainable production methods, AND the Kickstarter campaign will also help benefit One Tail at a Time, a no-kill rescue and adoption center. Sniff out more about Good Dog, Bad Zombie over at Kickstarter.