The following post is brought to you by The Frank Lloyd Wright Foundation. Our partners are hand-picked by the Design Milk team because they represent the best in design. 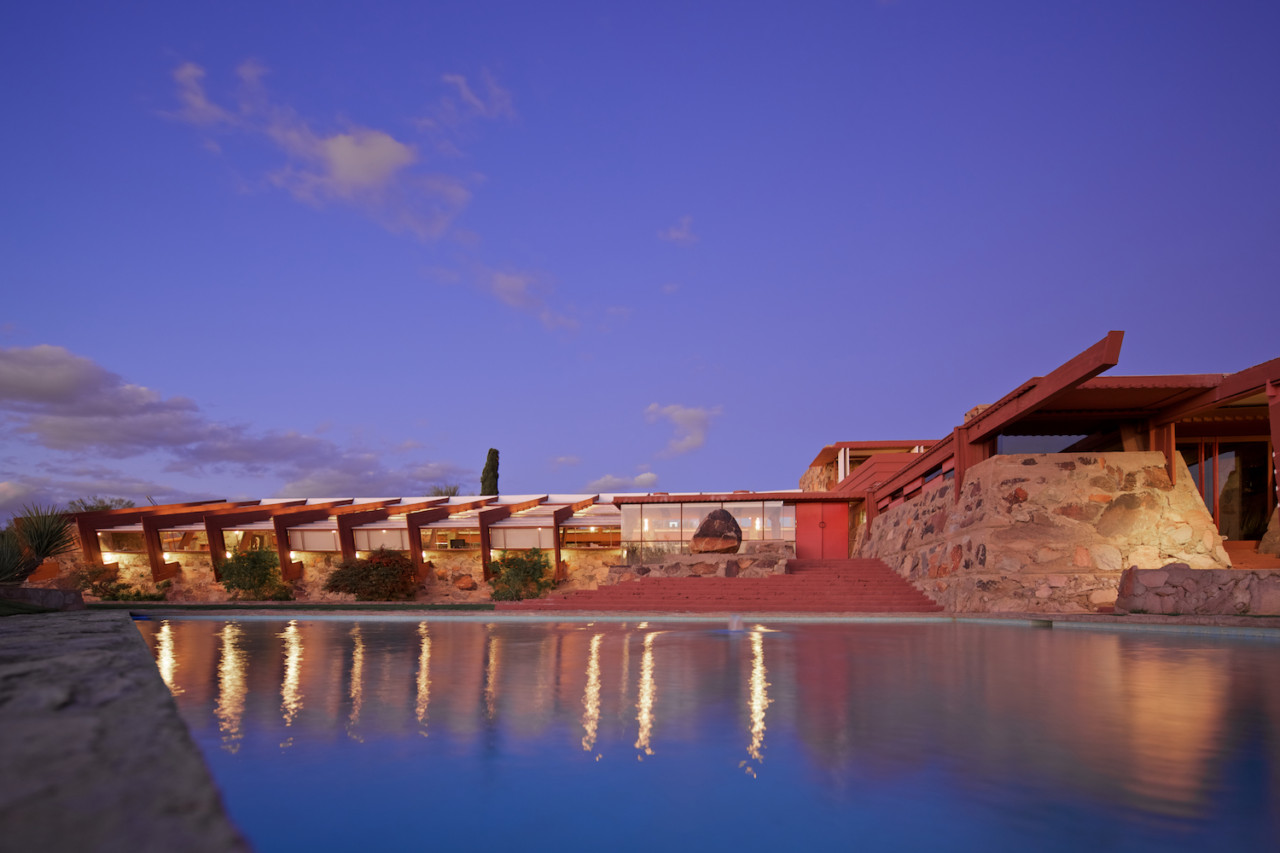 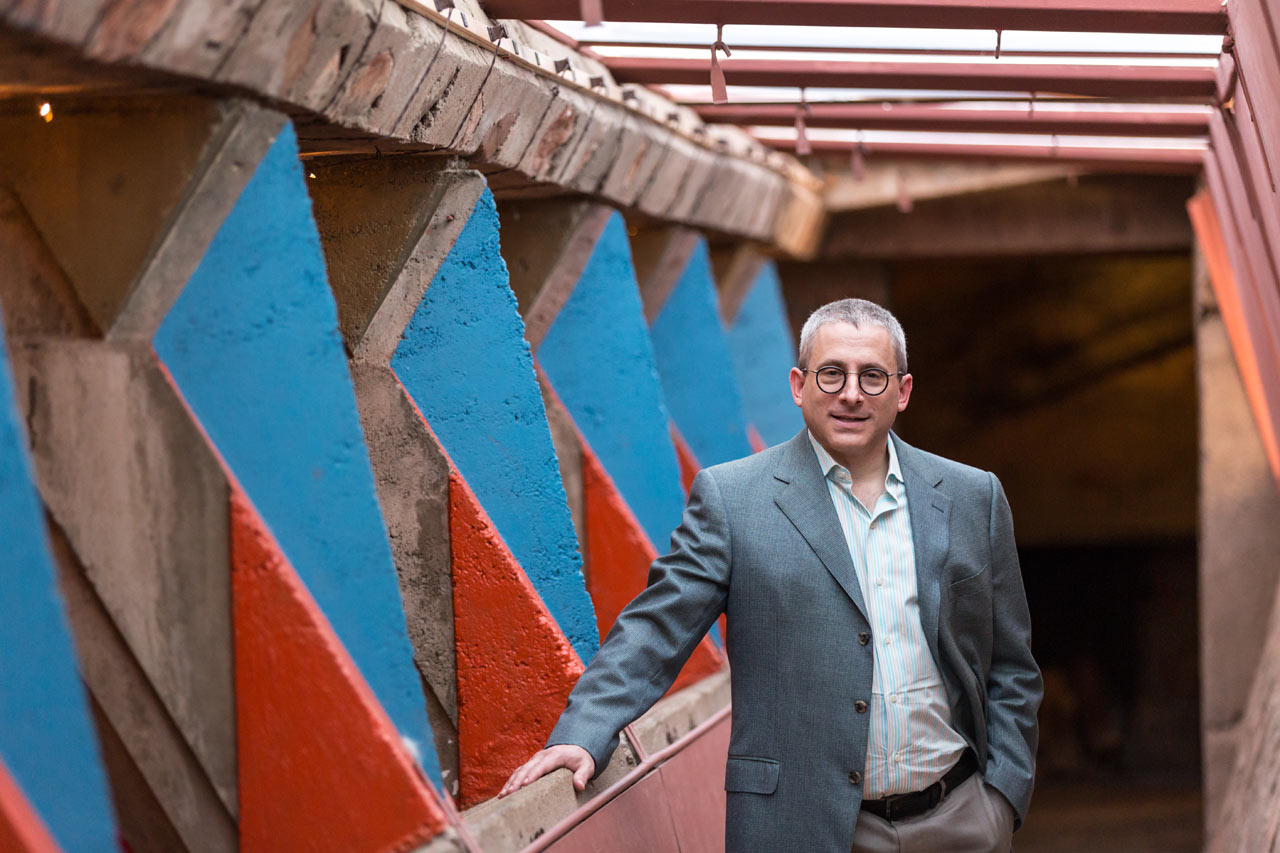 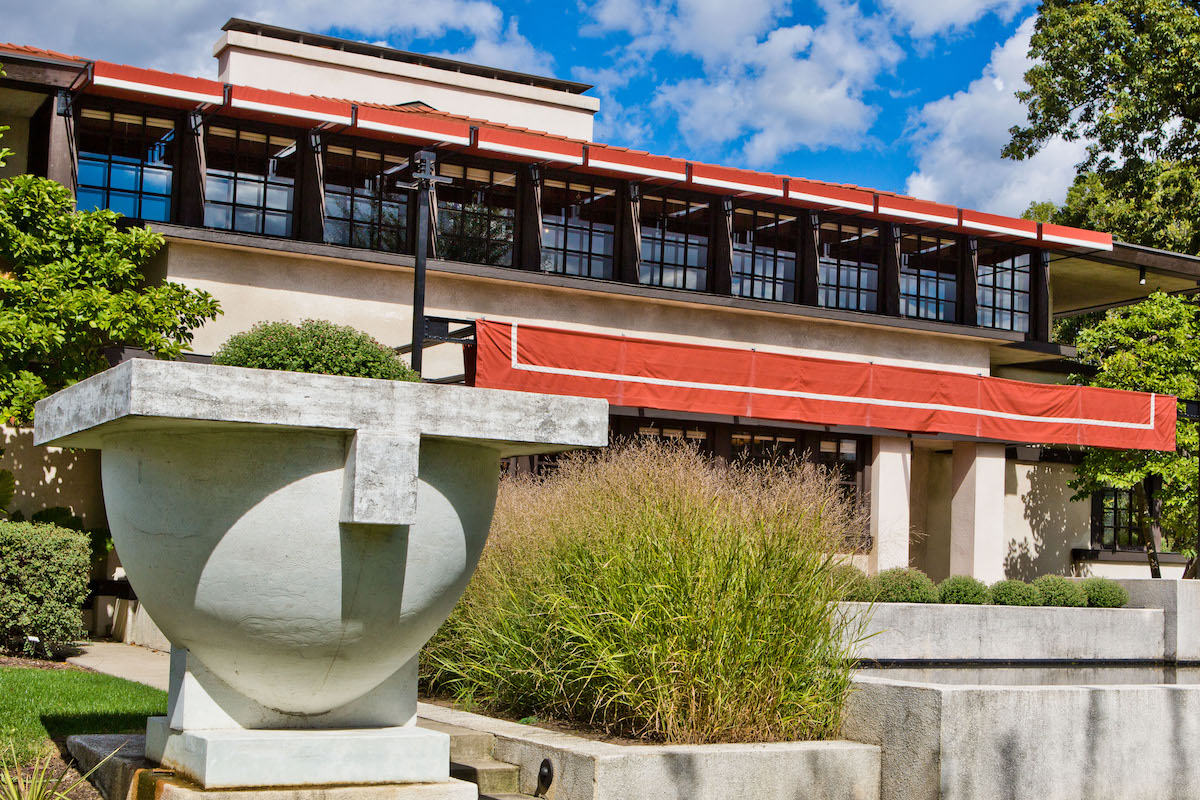 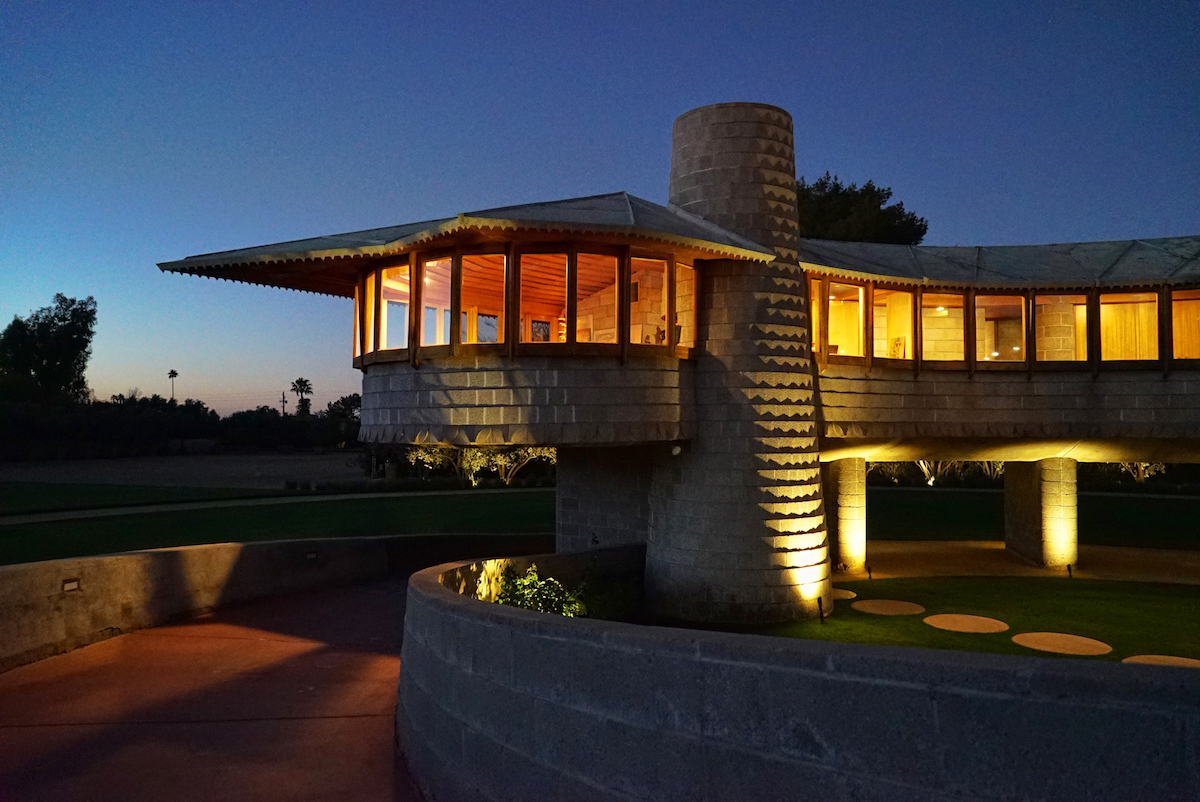 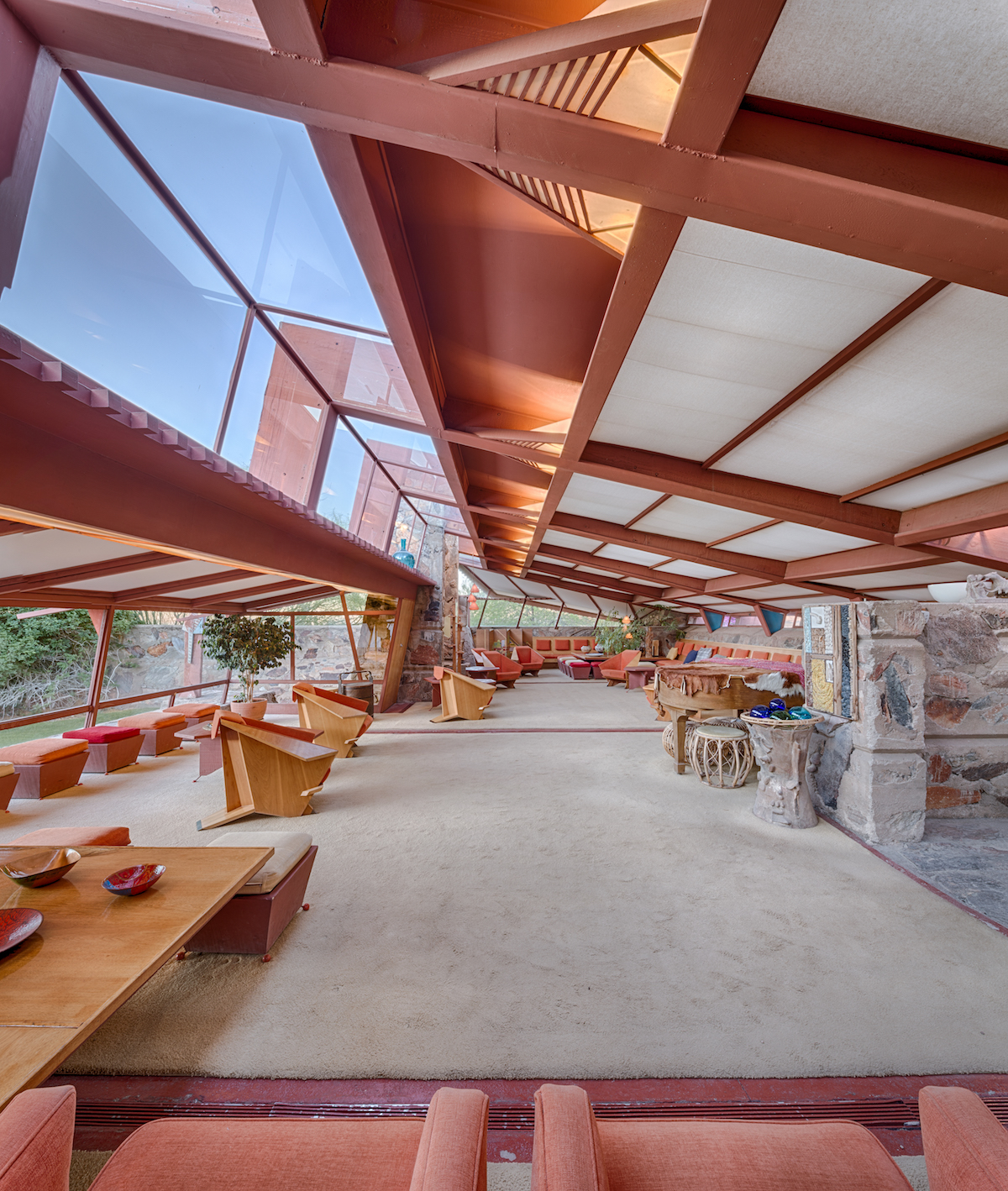 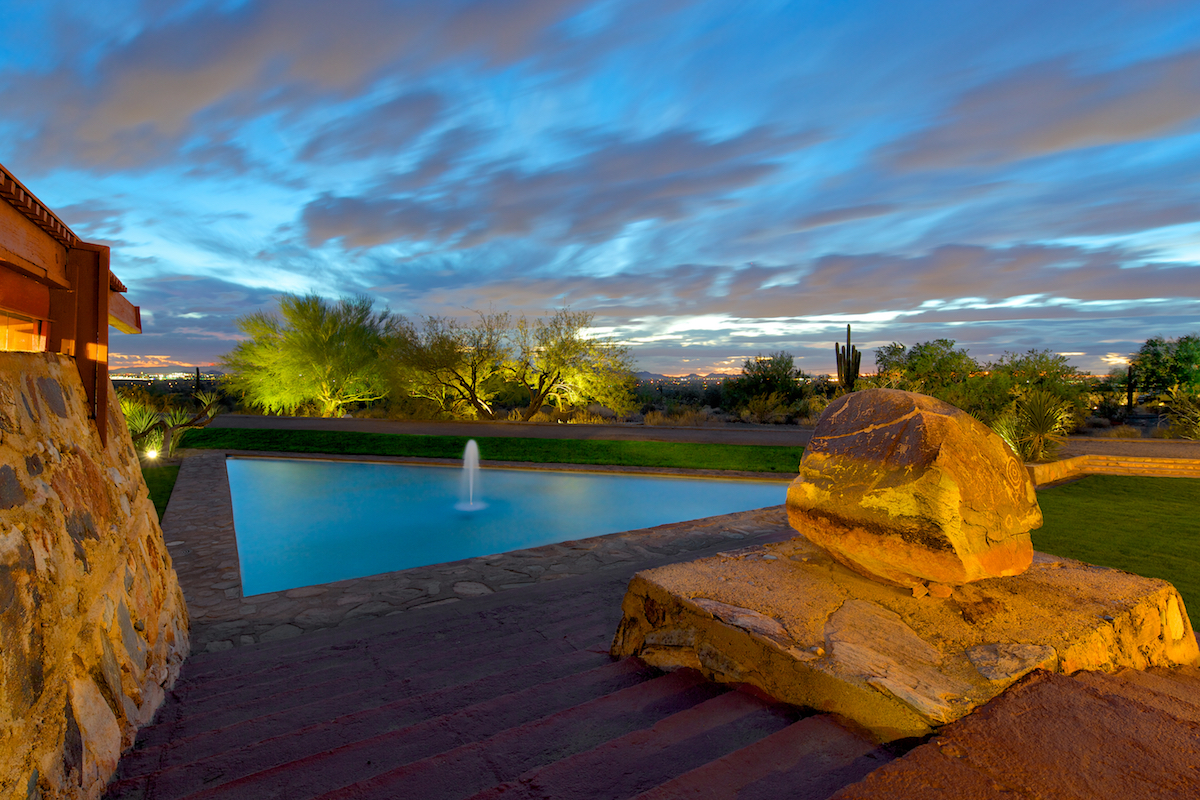 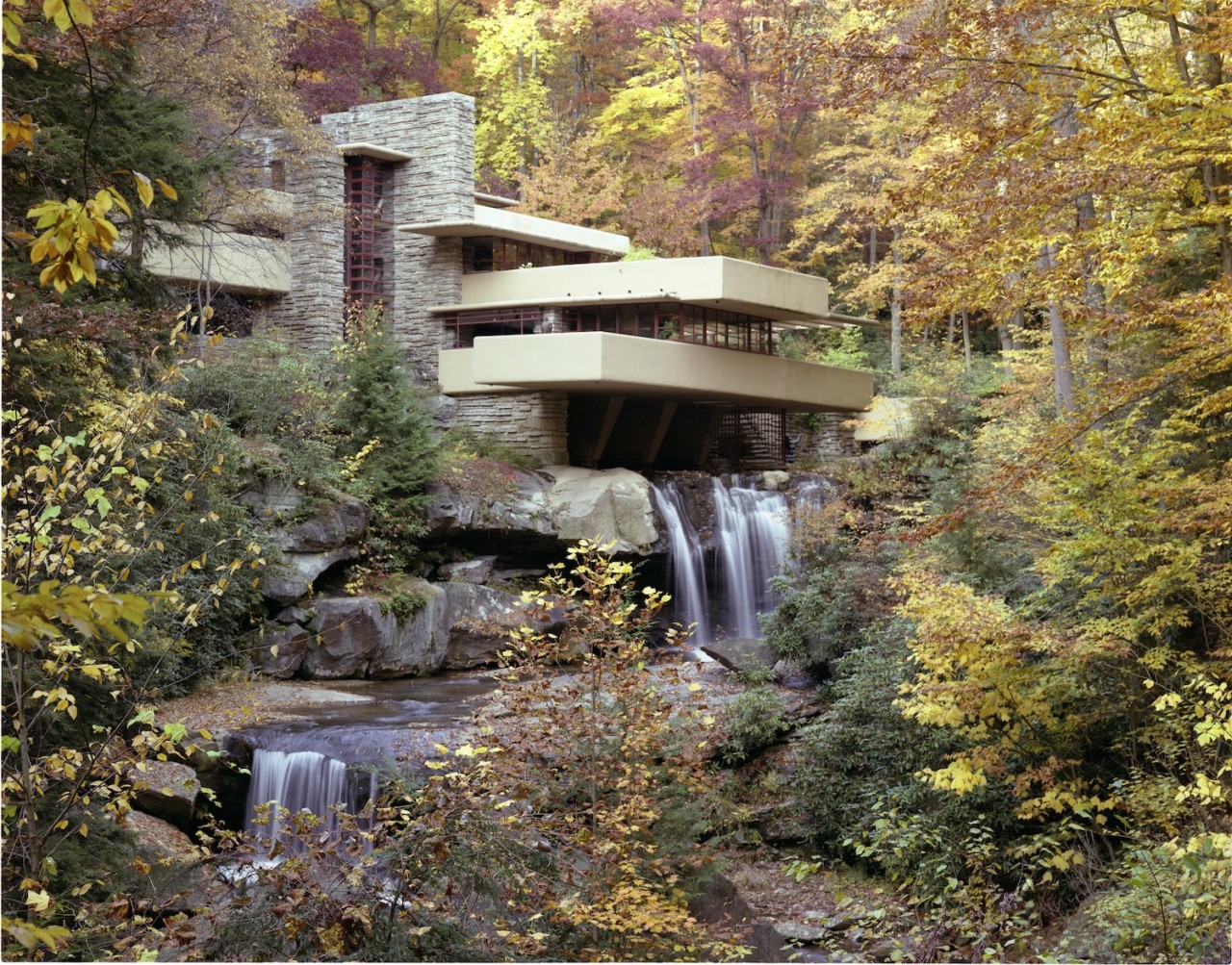 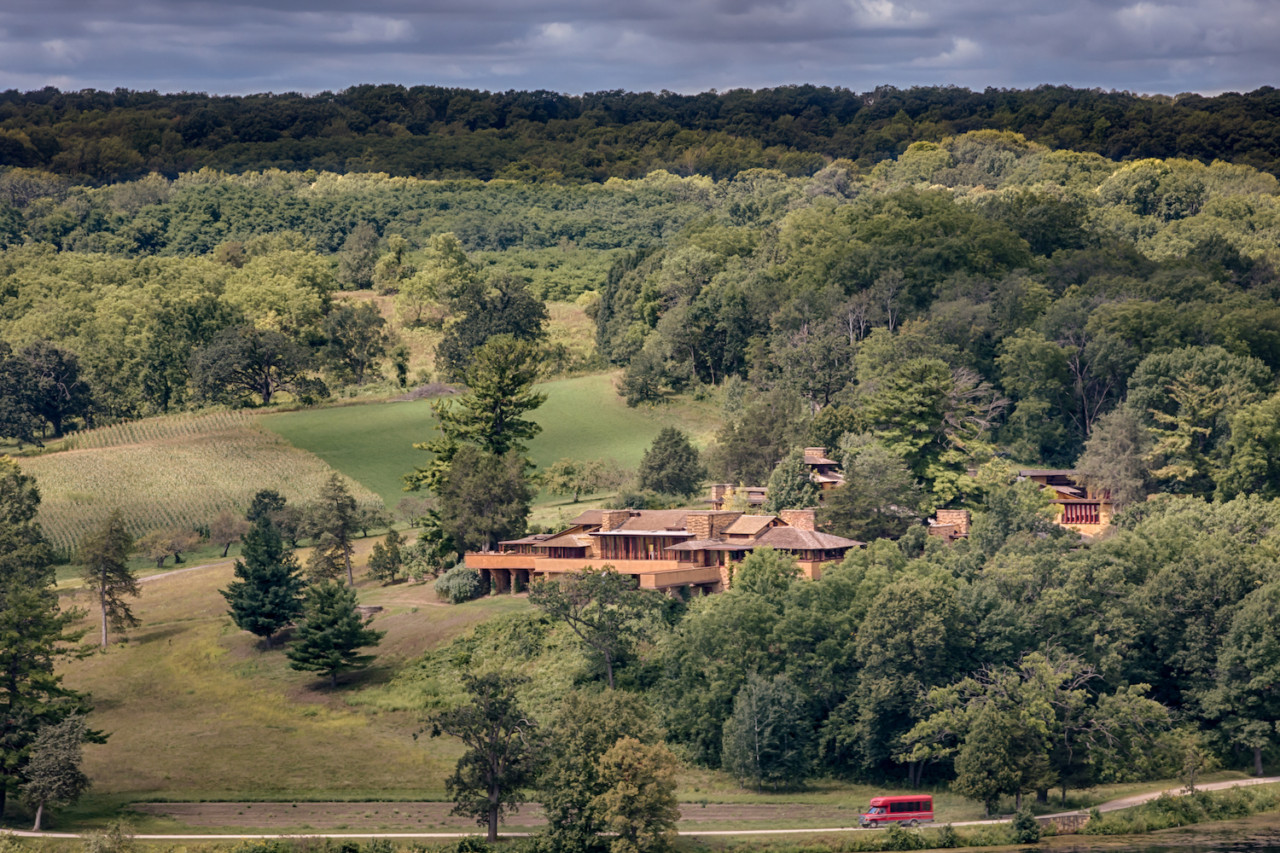 Happy 150th Birthday to Frank Lloyd Wright: How You Can Celebrate His Legacy
1/8 Photos

While June 8 marks the 150th anniversary of Frank Lloyd Wright’s birth, Stuart Graff, President and CEO of the Frank Lloyd Wright Foundation argues the great architect is even more relevant today. When it comes to the future, Wright was certainly ahead of his time—by a long shot. He was all over sustainable design before it was even in our vocabulary. He had a core belief that we should live more gently on the land. He conceived of open-concept living before HGTV home renovators were knocking down walls. He believed that our homes should be more open, fluid and livable. 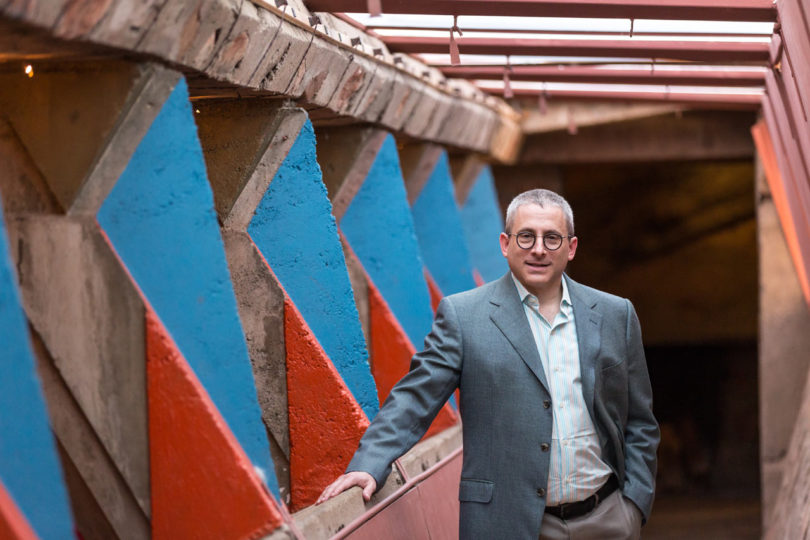 “Frank Lloyd Wright’s vision put him so far ahead of his time that our technology is only now catching up to his ideas,” said Graff. “We honor his life, not just by looking back on his greatness, but by following his lead and always looking forward to see how his legacy will continue to change how we live and how we build into the future.”

Graff took the helm of the Frank Lloyd Wright Foundation a little over a year ago. A self-defined “recovering attorney” with a background in corporate leadership, Graff was decidedly not an architect but he had a passion for architecture sparked in his hometown of Chicago, perhaps the greatest architecturally pioneering city. After practicing both intellectual property and corporate law for many years, then leading businesses with Newell Rubbermaid and Valspar, Graff brings his corporate insight to the nonprofit Foundation. 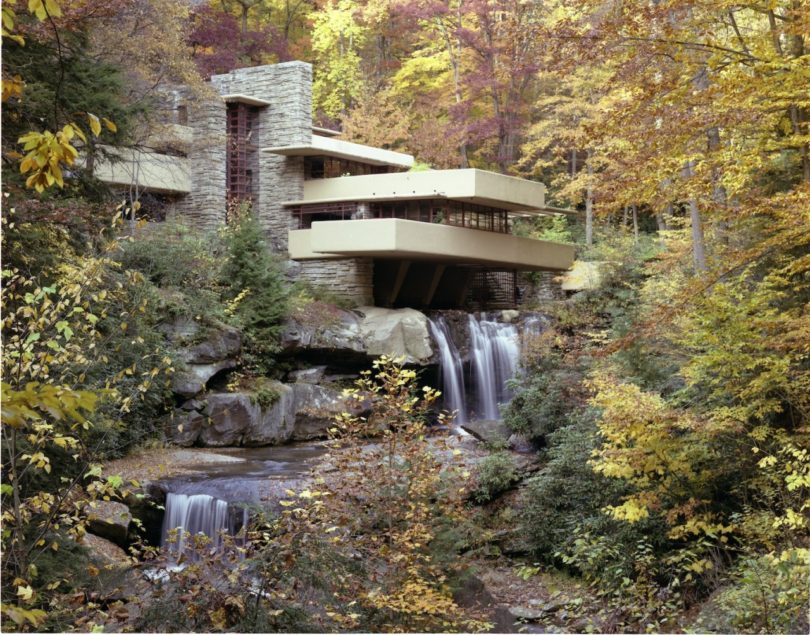 I believe in God, only I spell it Nature. -Frank Lloyd Wright

Graff has an infectious passion for Wright’s work and sees his mission as encouraging reexamination of Wright’s work, not as a history lesson, but as someone who has much to tell us about the future. “Wright’s work influenced my career path, how I view the world and I want others to have that same passion,” said Graff. Graff and the Foundation are less interested in rote memorization of Wright’s principles and are instead focused on ways people can apply them in their own lives.

The best way to learn about Wright’s principles, Graff said, is to experience them firsthand.

HOW TO UNDERSTAND THE WRIGHT PHILOSOPHY OF LIVING

According to Graff, other than staying in a Wright home, this is the best way to really understand Wright’s ideals for living. For example, Graff recommends a visit to the Darwin Martin House in Buffalo, and its sister home Graycliff in Derby, New York, on the shore of Lake Erie. You can see how Wright responded to the two sites differently as he built for the same client—the Martin family. “I especially appreciate how he responded to Mrs. Martin’s failing eyesight in the design of Graycliff, teaching us how his idea of organic architecture responded not only to the landscape, but also to the lives of the people who would inhabit the structures that he designed,” said Graff. “Between the two properties built, you see not only an evolution in the architect’s style and use of materials, but also the deep attention to detail.” 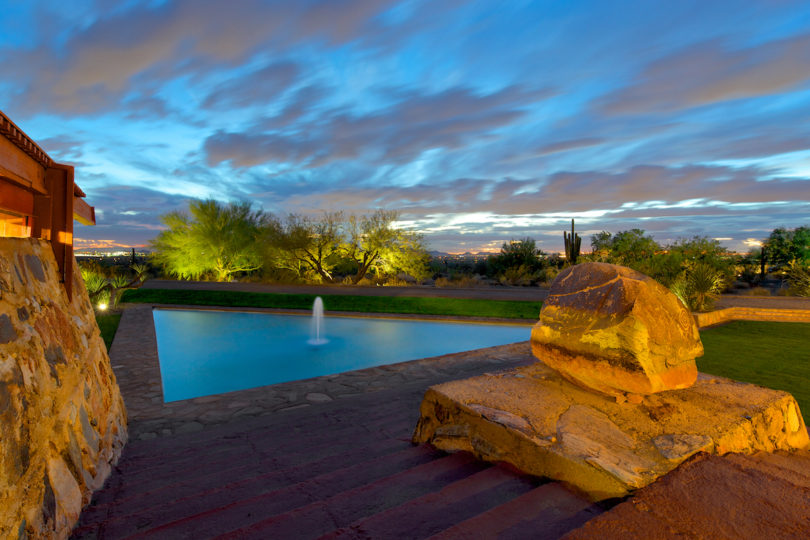 If you’re looking for a trip to add to that bucket list, Graff suggests that you fly down to Scottsdale to Taliesin West, Wright’s winter home and desert laboratory in Scottsdale, Arizona and the headquarters of the Foundation. While the Guggenheim in New York is an architectural landmark and Fallingwater is considered to be the definition of organic architecture, Taliesin West was Wright’s laboratory. It’s an example of what he wanted to design when completely free of client demands. The structure’s walls are made of desert masonry, and Wright would chisel the walls and doorways himself. He was constantly working to improve on the design. 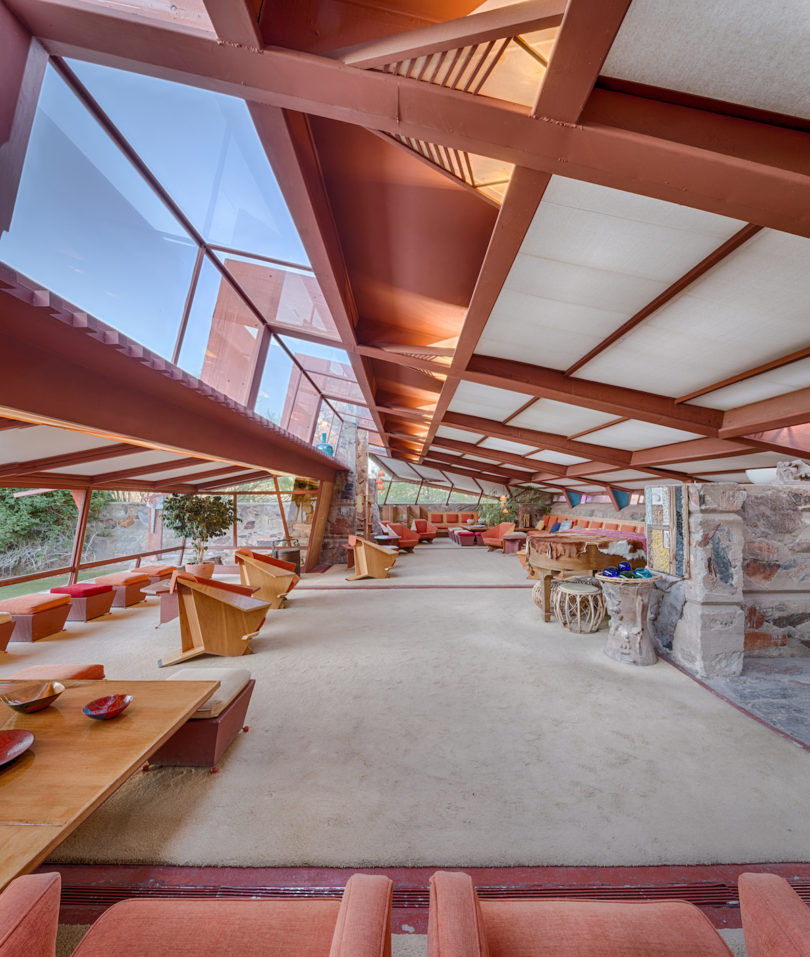 The Foundation’s goal is to remain true to that laboratory philosophy rather than slavishly remaining in the past. It’s not a house museum, but a place to explore cutting edge technology. So they are experimenting with new high tech ways to install plumbing (unsexy, but necessary!) and developing new material to replace the canvas roofs that is sustainable, weather resistant, and energy efficient in the harsh desert climate.

This is the perfect year to have an authentic Frank Lloyd Wright experience, as the Foundation is pulling out all the stops for Wright’s 150th birthday, with events around the world. These include $1.50 admission at many of the Wright sites around the country, engaging talks and special tours, a retrospective on Wright’s work at The Museum of Modern Art in New York, 150 hours of Wright in Buffalo and much more. 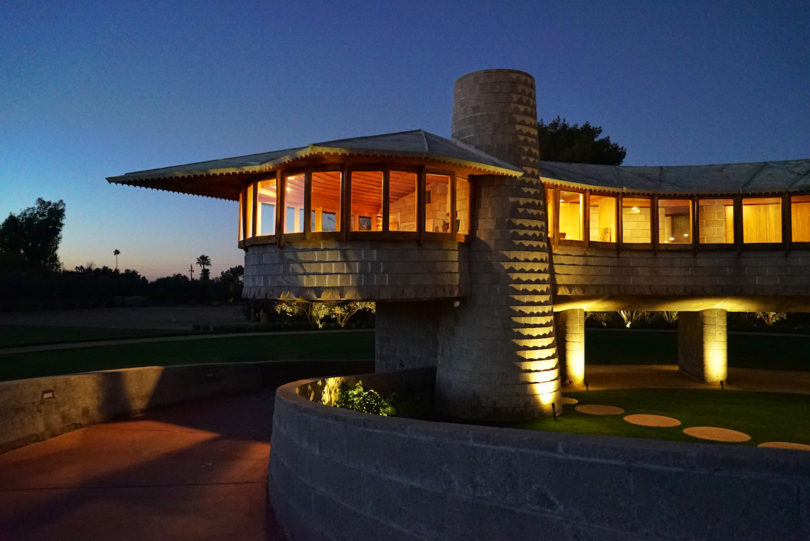 FRANK LLOYD WRIGHT’S ADVICE FOR DESIGNERS
All advice is autobiographical. So when asked for advice for aspiring designers or architects, Graff said that Wright would have encouraged them to do what he did: Find your own voice. When Wright was offered the opportunity by Daniel Burnam to study at the Ecole de Beaux Arts in Paris, with a job waiting for him on his return, he turned him down. Instead, he looked to find his own voice in his own environment. He wanted us to take a more gentle approach to structuring our lives, and created buildings that were on the land, not of the land.

“Wright’s career is a testament of how much easier it is to do great work when you respect the world around you,” said Graff. 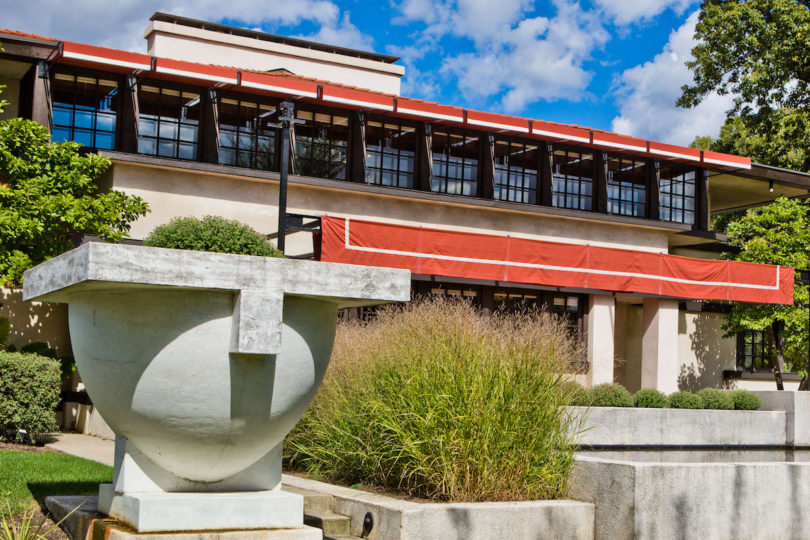 “So go forth,” says Graff, “Find your own authentic voice and use it make a positive difference in the world.” Wright would approve.

To learn and to find events near you, visit FLW150.com.