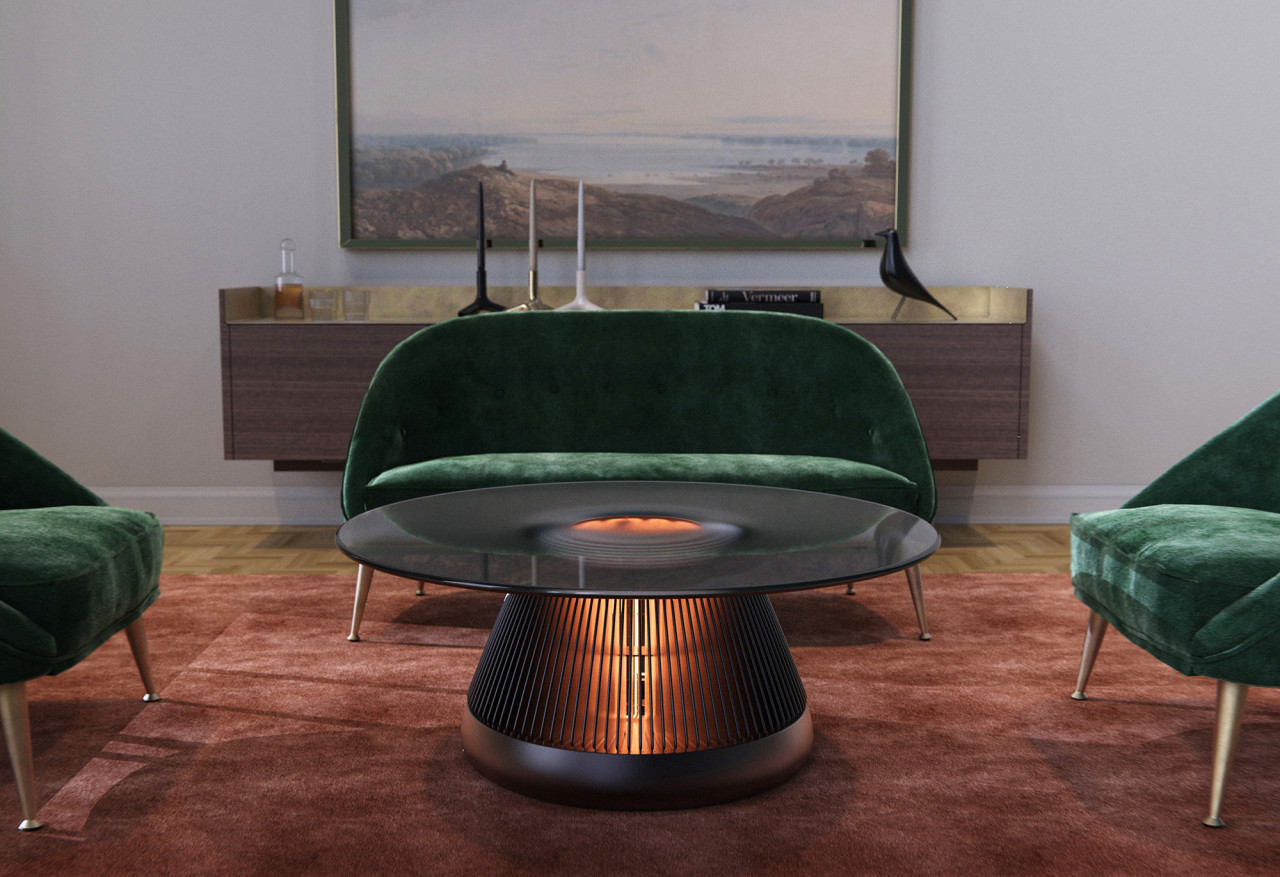 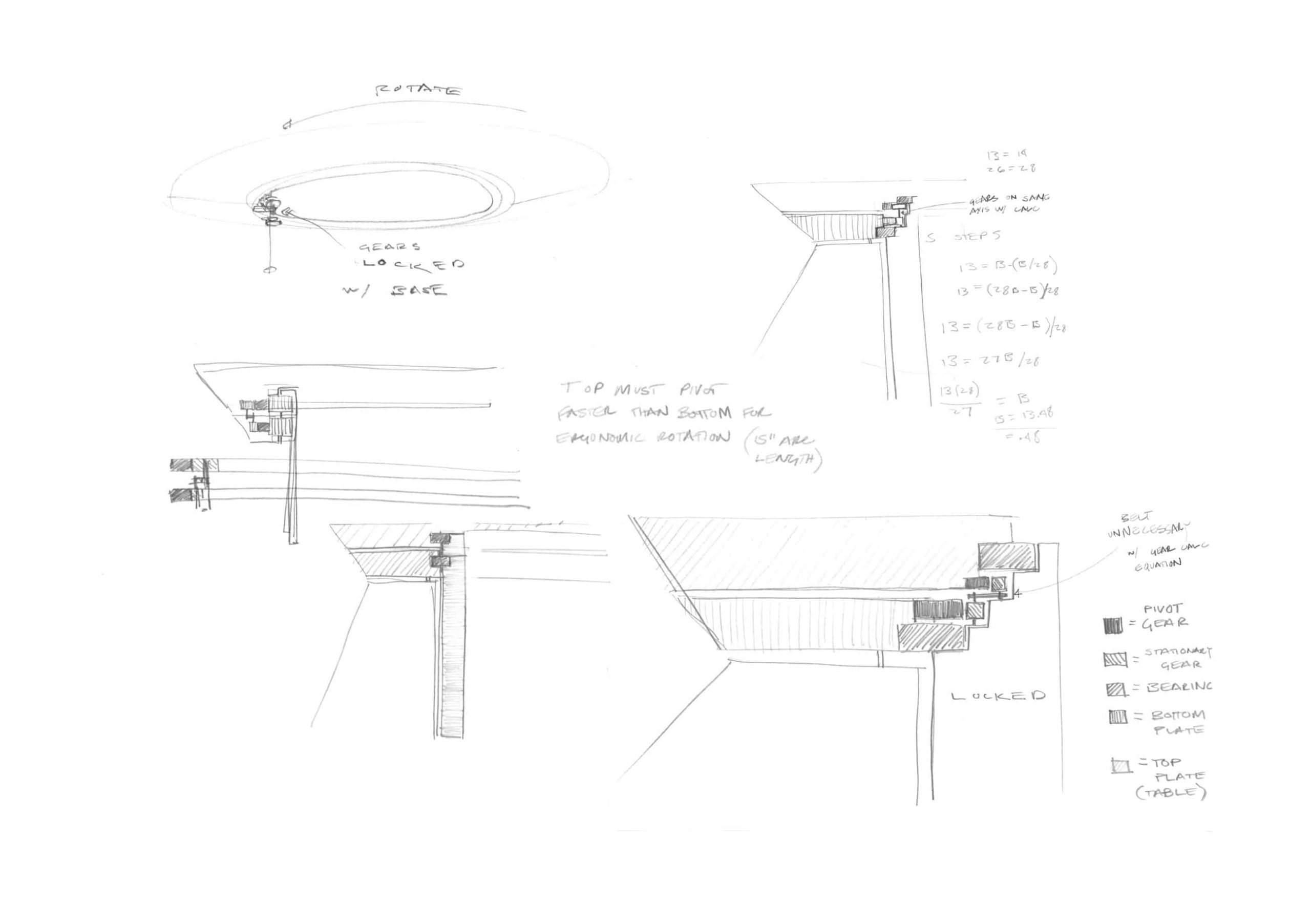 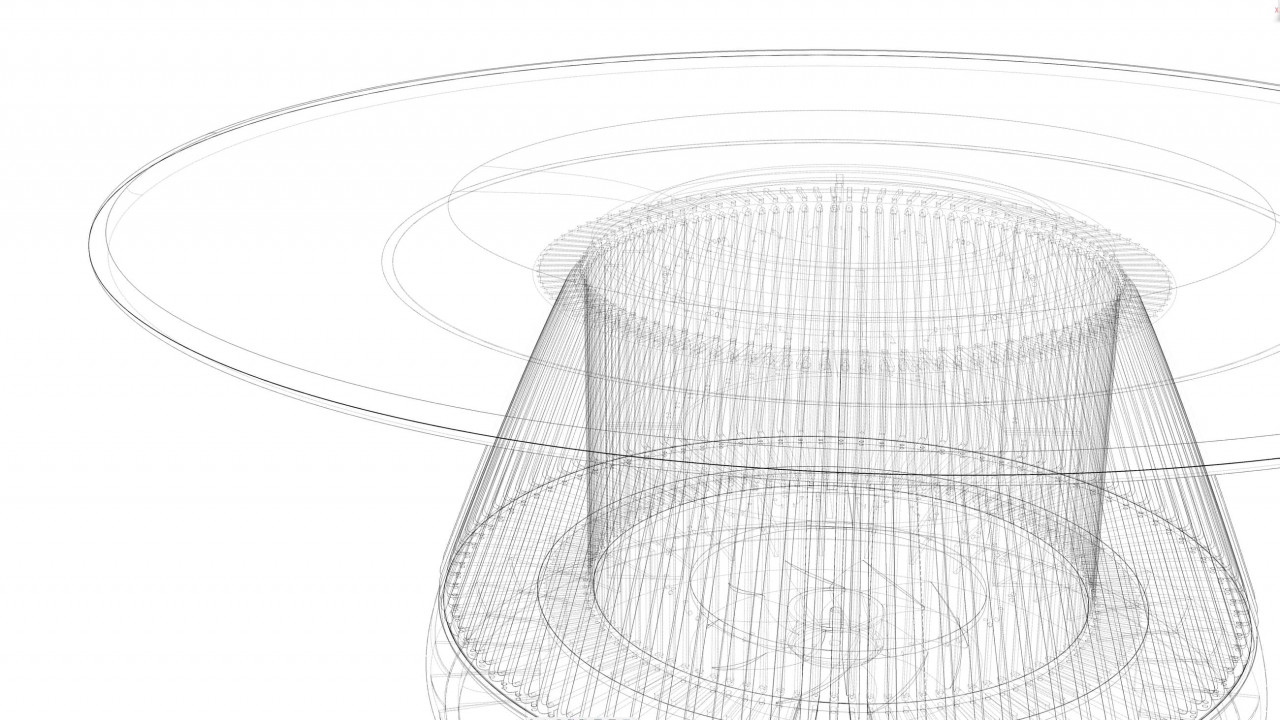 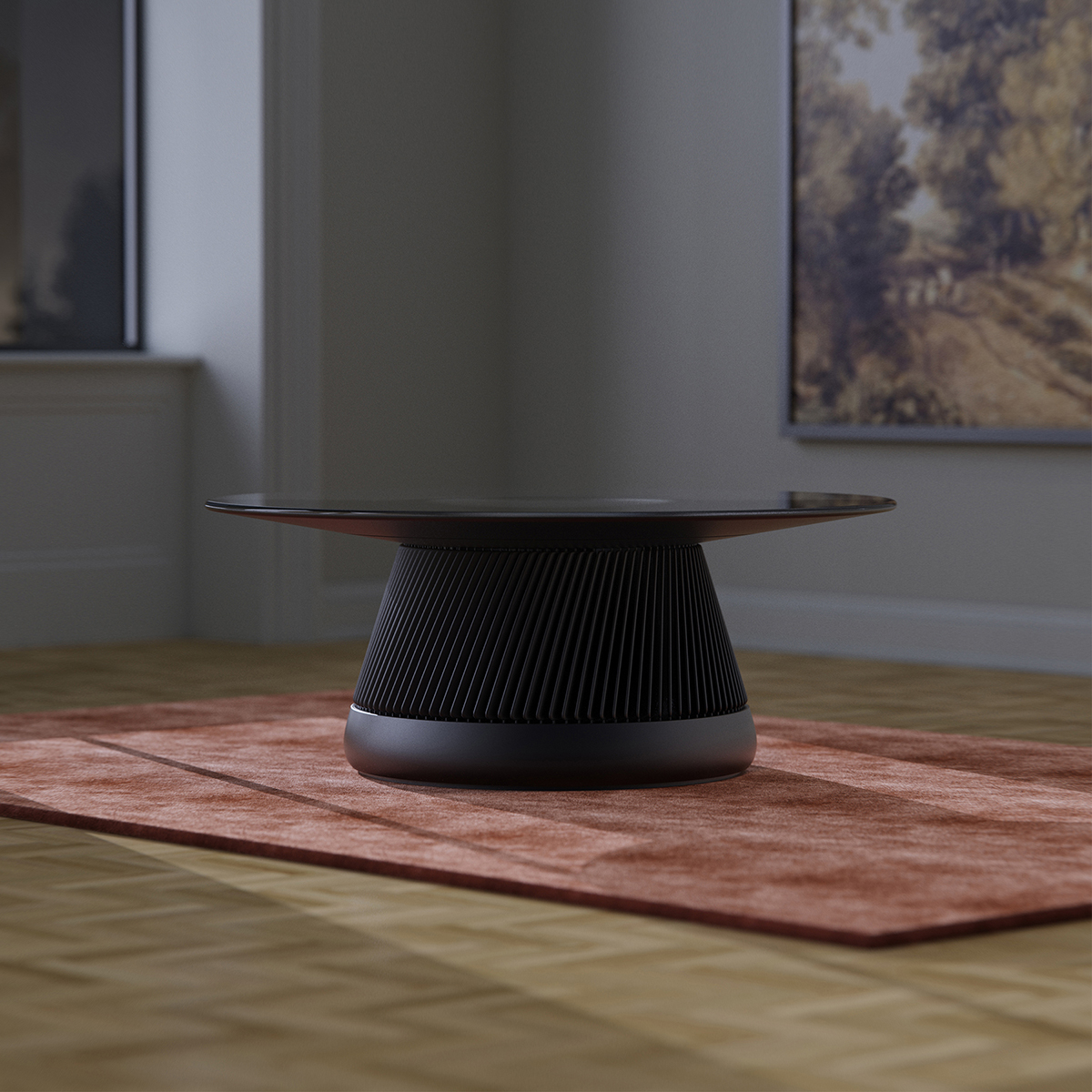 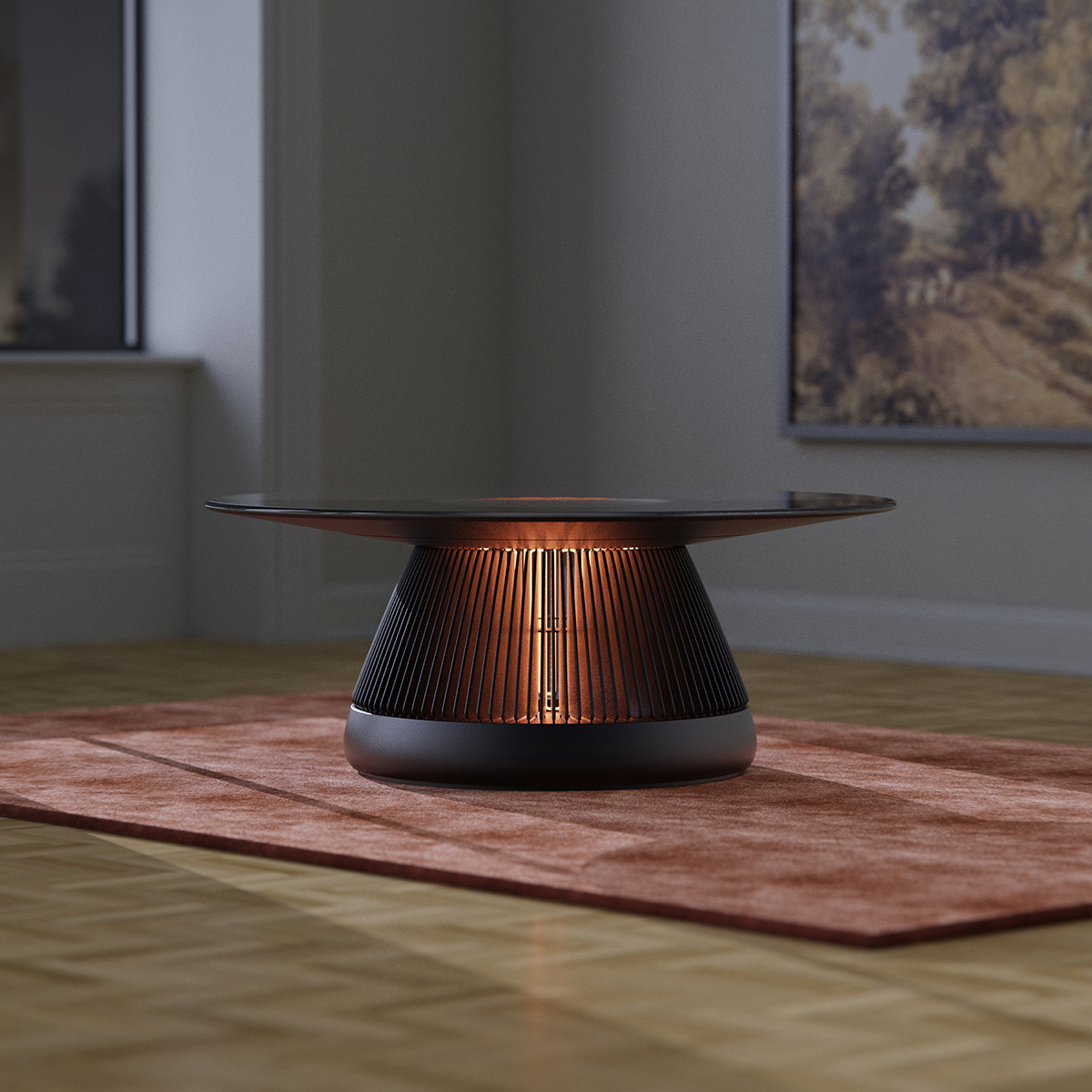 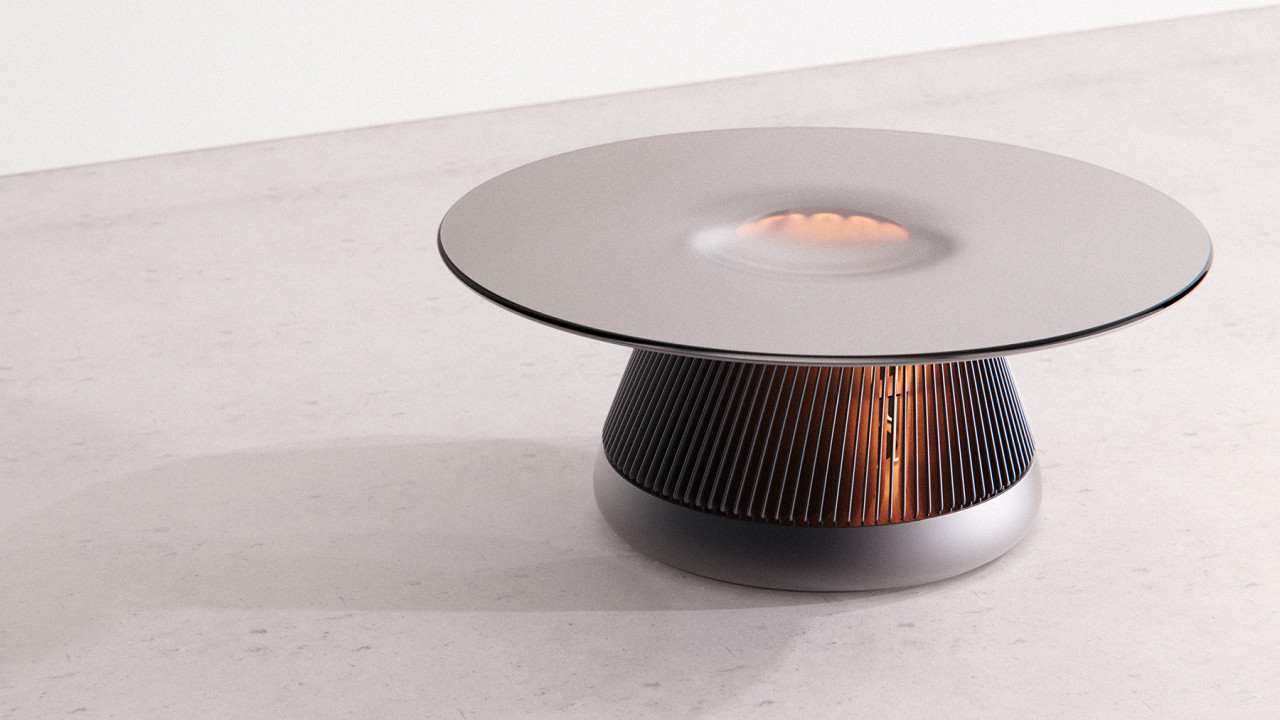 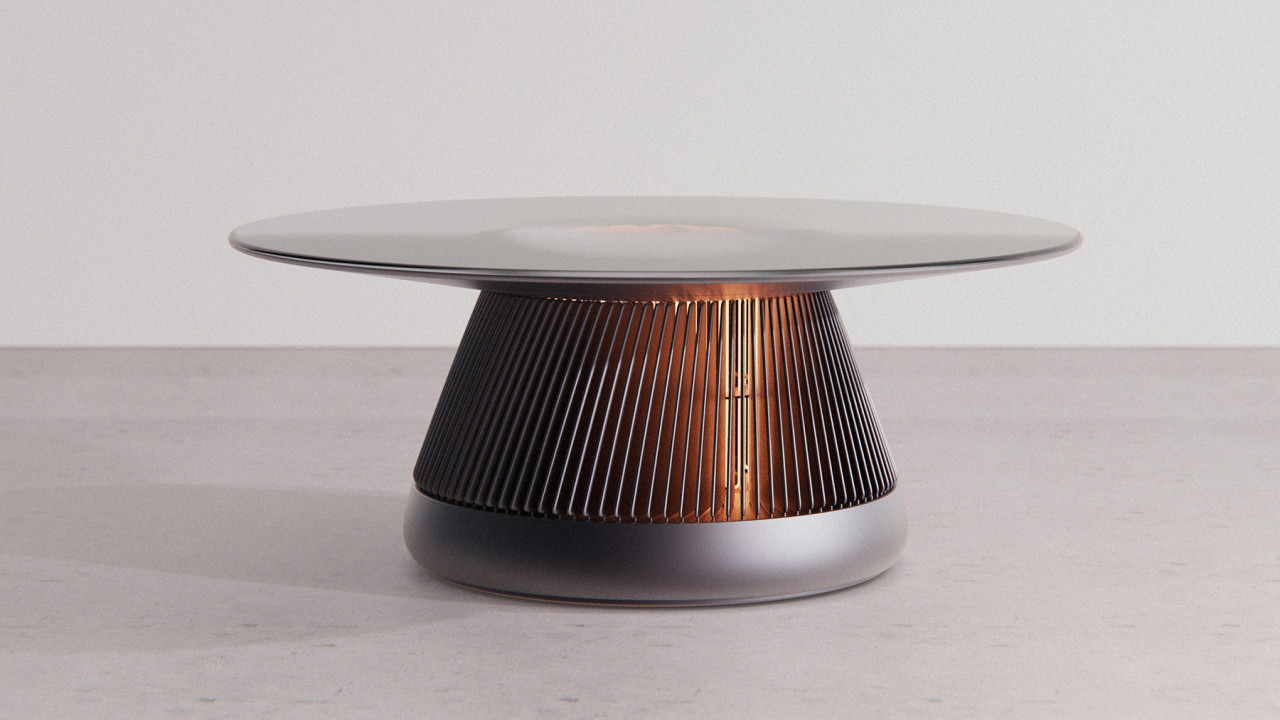 The hearth’s traditional role within homes across the globe was offering friends and family a place to gather around the warmth of a fire and shared camaraderie. Designer Max Burton of Industrial Craft revisits this age-old domestic centerpiece with The Hearth, a concept reimagining an electric heater as a coffee table designed to literally warm up a contemporary atmosphere. 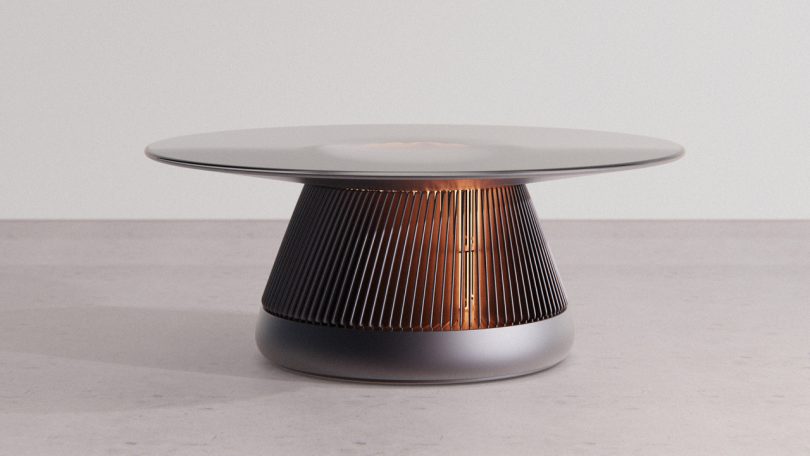 The Hearth re-imagines the experience of cuddling up around a fire to be more accessible for the largest and fastest growing population in the world: urban dwellers. 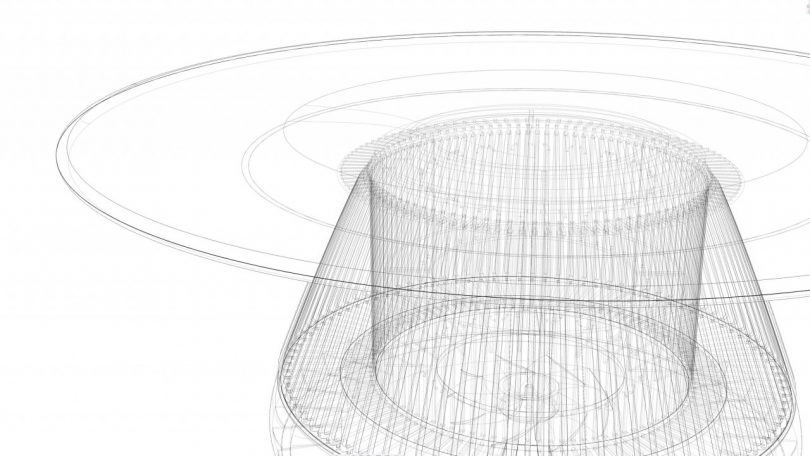 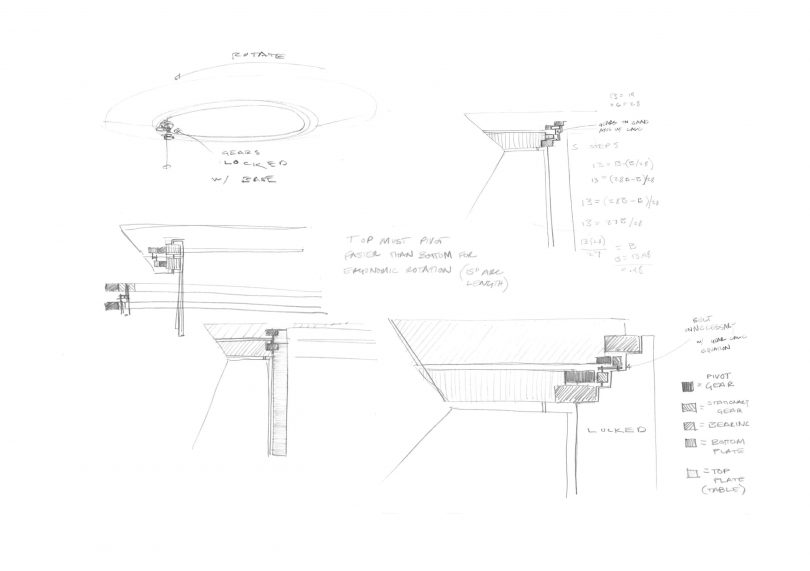 The Hearth operates like an enormous thermostat dial disguised as contemporary circular coffee table. Turning the tabletop clockwise results in mechanically opening up The Hearth’s finned base incrementally, exposing a warm core and an ambient light source redolent of a small fire to varying degrees. 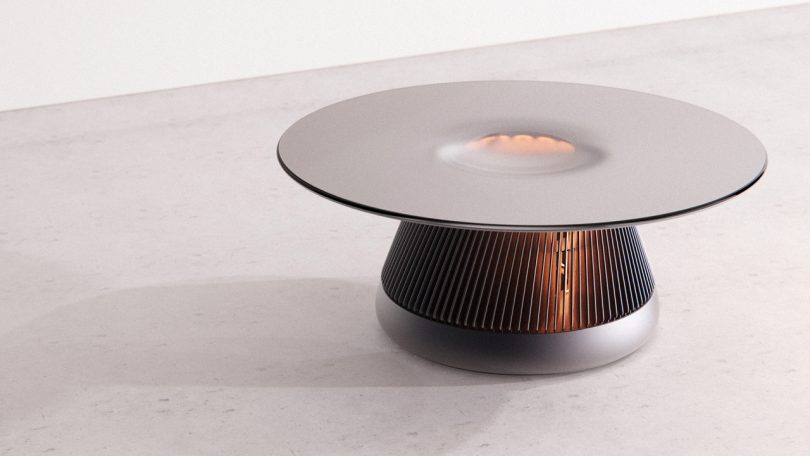 Another concept exploration reveals a rotating design similar to The Hearth, but on a much smaller scale: a combination twelve-hour calendar and analog clock with a calendar application digital display built-in. 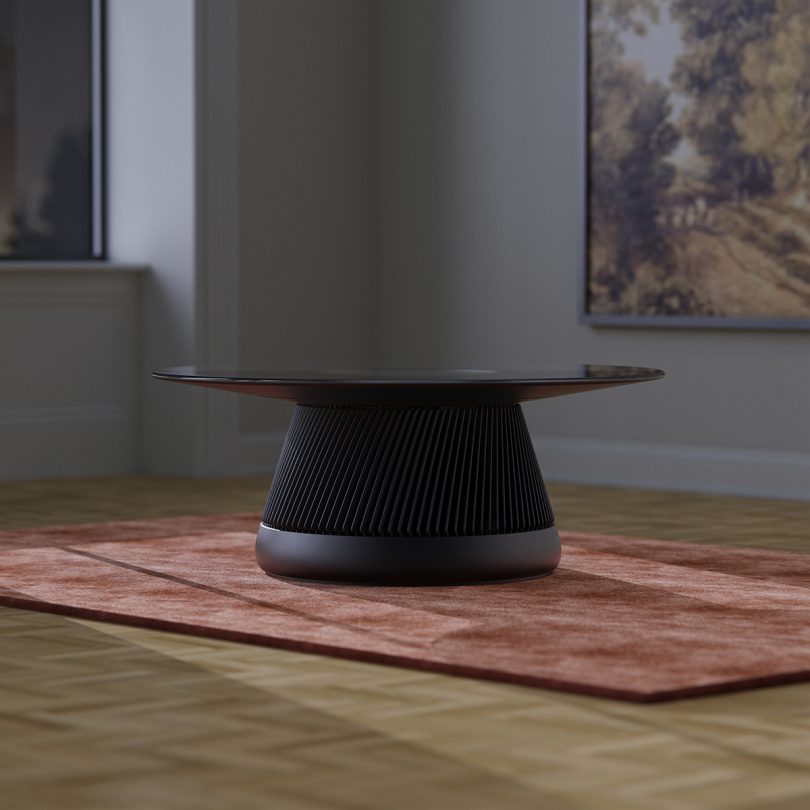 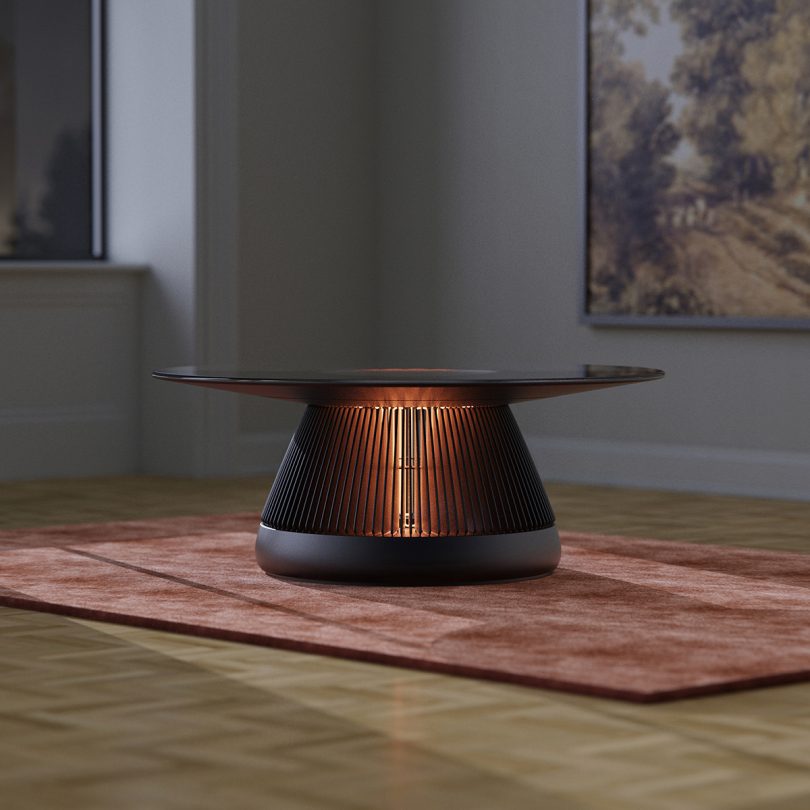 Based in the Mission District of San Francisco, Industrial Craft operates as a design, prototype and test studio. Founder Max Burton has worked as a leading product designer for 35 years, including projects for Nike, Disney, Virgin and Google. Additional information about The Hearth and other projects at IndustrialCraft.com.