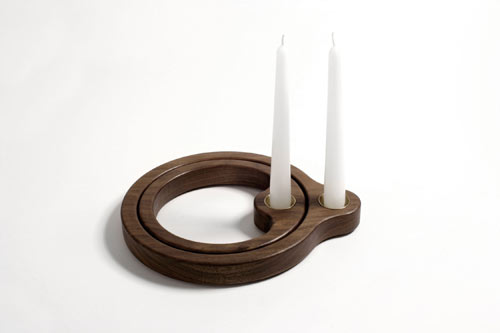 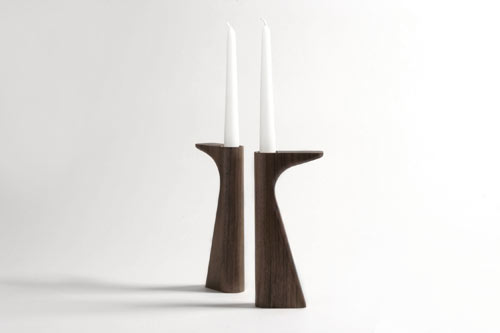 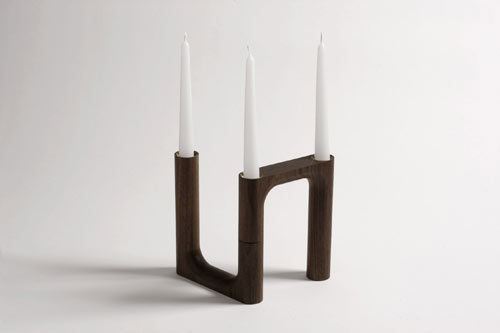 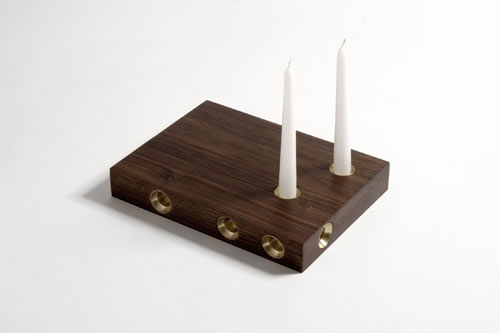 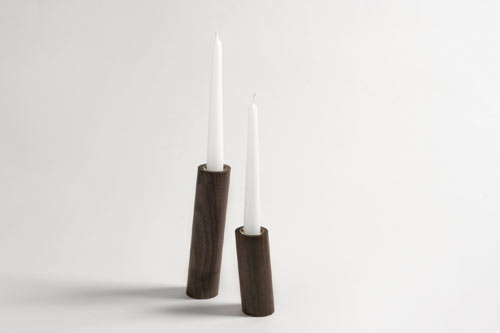 Although beginning at the same starting point, the results of this proposal have now come to fruition and are anything but similar.

BEARING Candleholder by Claesson, Koivisto, Rune, CKR Architects
Concentric circles – one smaller one larger – each with a single candlestick holder. Turned rotated in relation to each other, they create a sort of candelabrum that can be reconfigured. Although they belong together, they also work separately. Twins, but not identical: a non-static pair. Bearing is designed to be a centerpiece, a conversation starter, just as good on your parent’s dining table as in the Oval Office. The name ‘Bearing’ sprang to our minds because of the associations we saw between our concept and that of one of Sweden’s most successful engineering inventions – the radial ball bearing.

LUNA Candleholder by Feiz Design/Khodi Feiz
A candleholder that is infinite in its configuration, allowing the user to compose it in numerous differ ways.

BLOCK Candleholder by L Design/Arik Levy
Respecting the starting block dimensions and interacting with each of its faces results with a multi-positional object that tells a different story at every angle. It can be used as a simple candle holder or to serve cheese and fruit using the candle as light, creating a romantic ambiance. Often the industry turns to cut, chop, divide and section the raw material with the advanced technology they behold…in this design or should I say board-sculpture the idea was just to combine the function to the material.

ZIBA Candleholder by Phase Design/Reza Feiz
Ziba is a solid walnut candle stick holder where the simplicity of a pure form encapsulates the timeless quality of an object that has aided mankind for centuries. The cantilevered surface allows the Ziba to be comfortably handled. Ziba can be used in singles or in multiples to create different relationships with their environment.