An Iridescent Kite Made From 3M™ Dichroic Glass Finishes 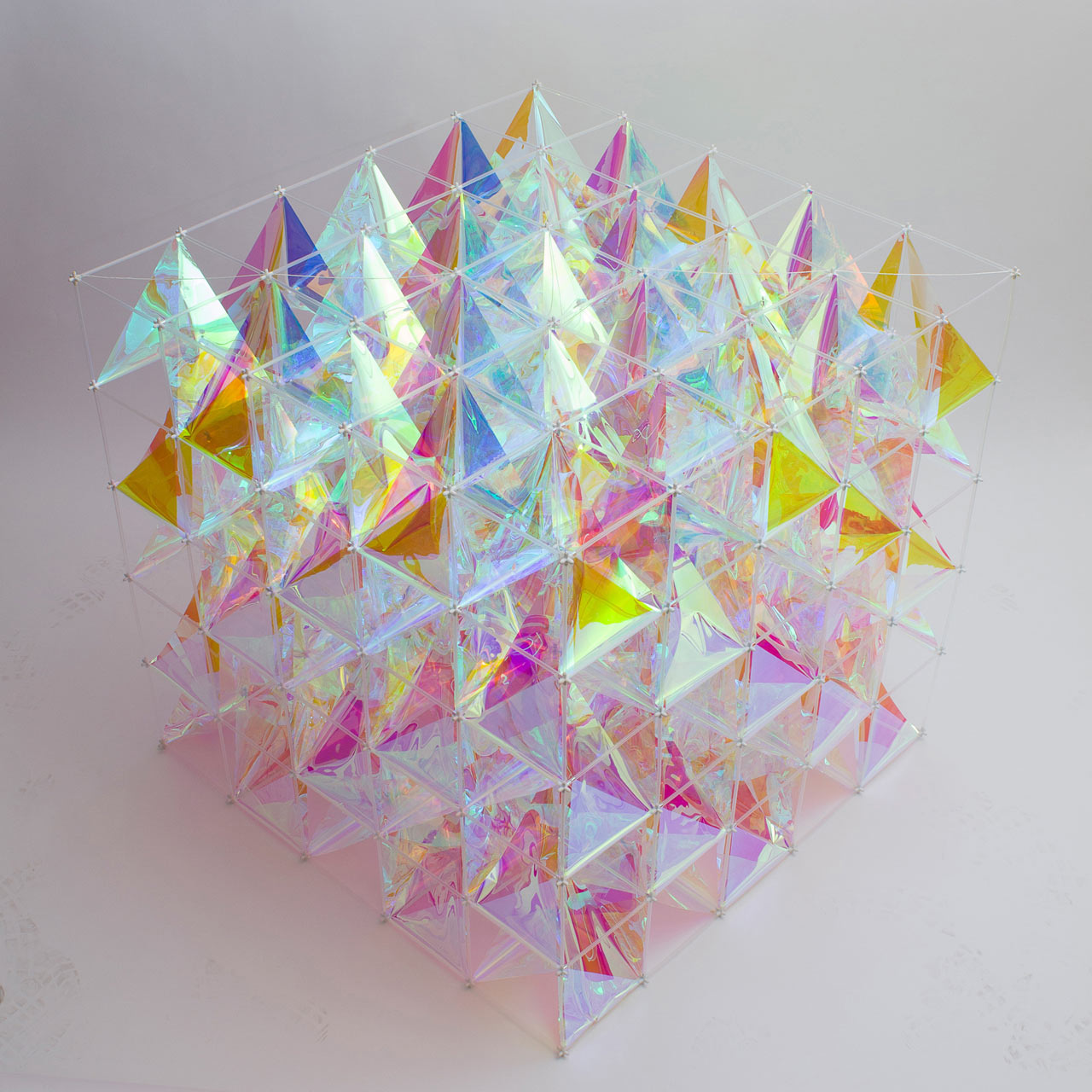 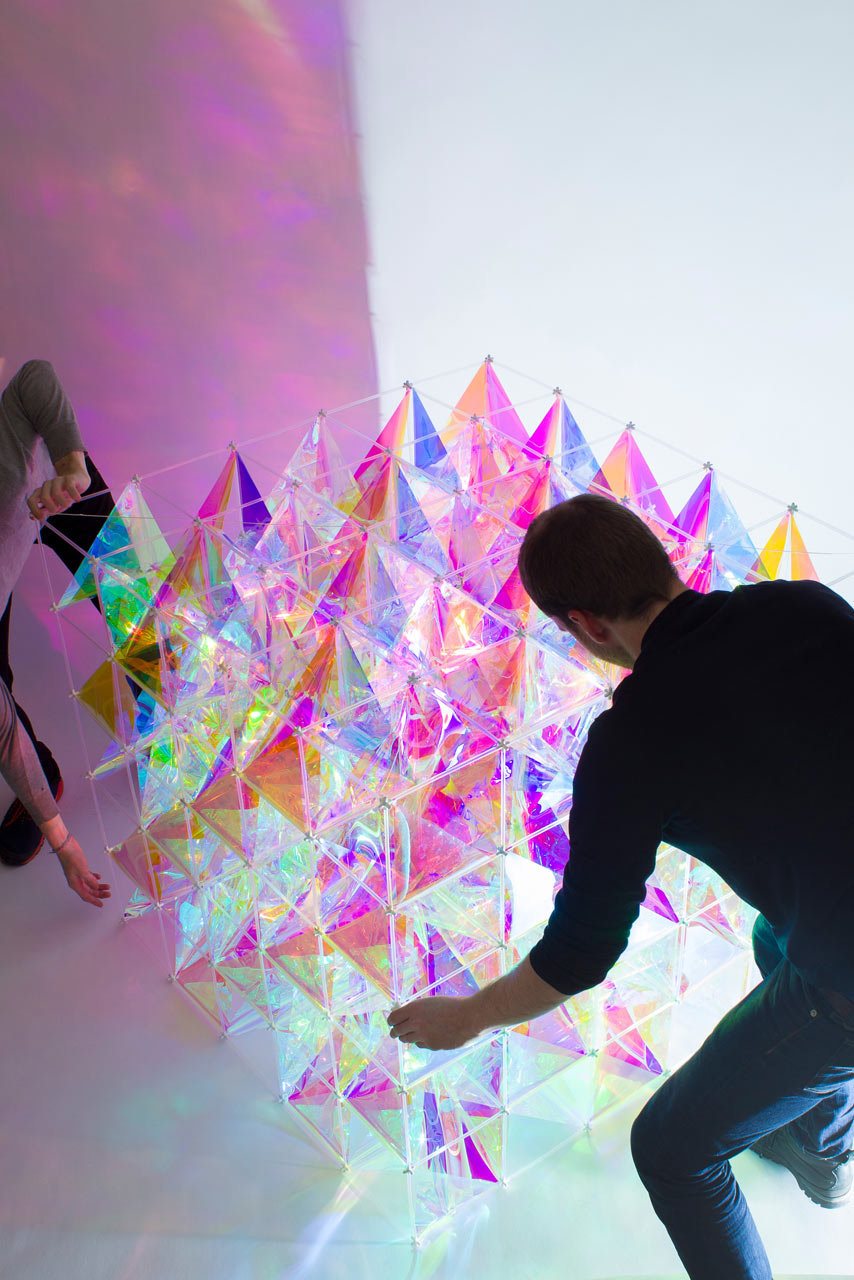 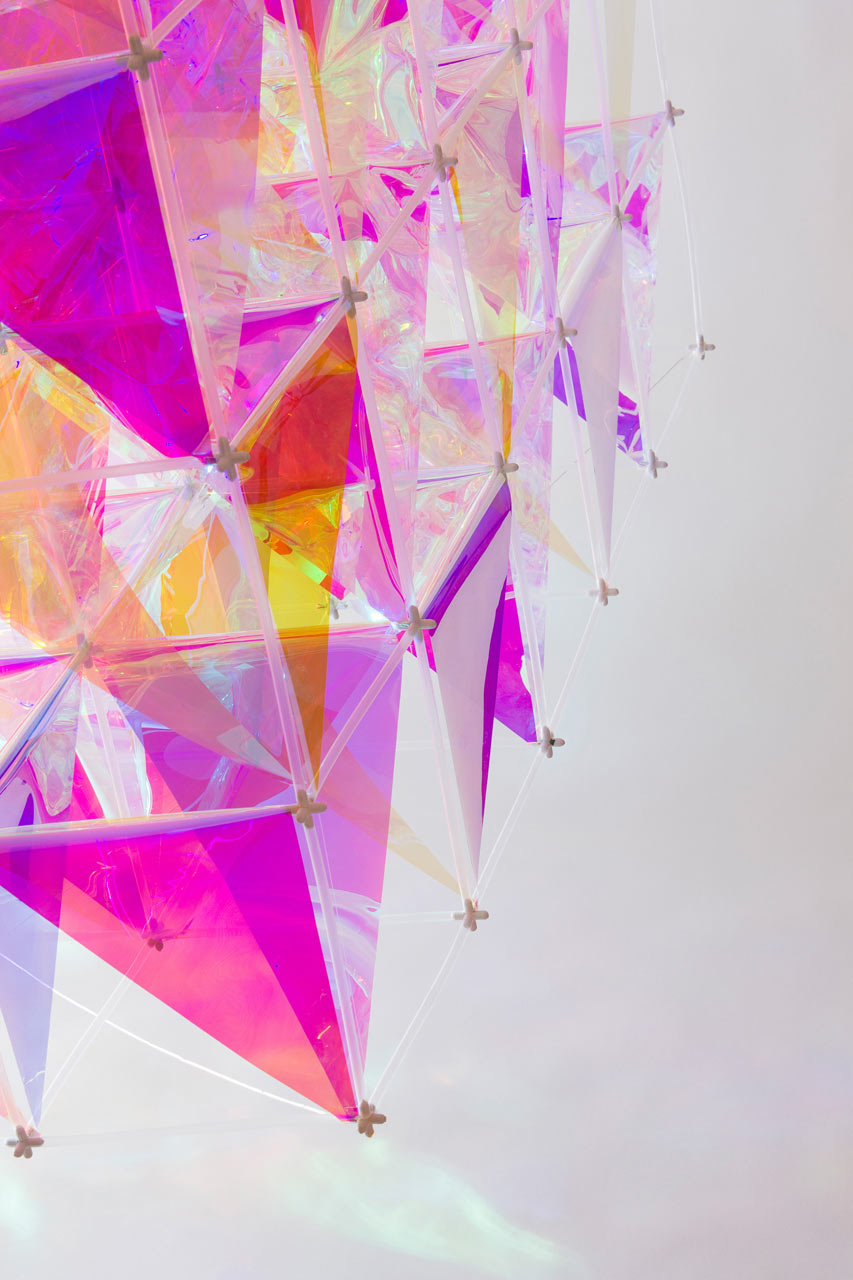 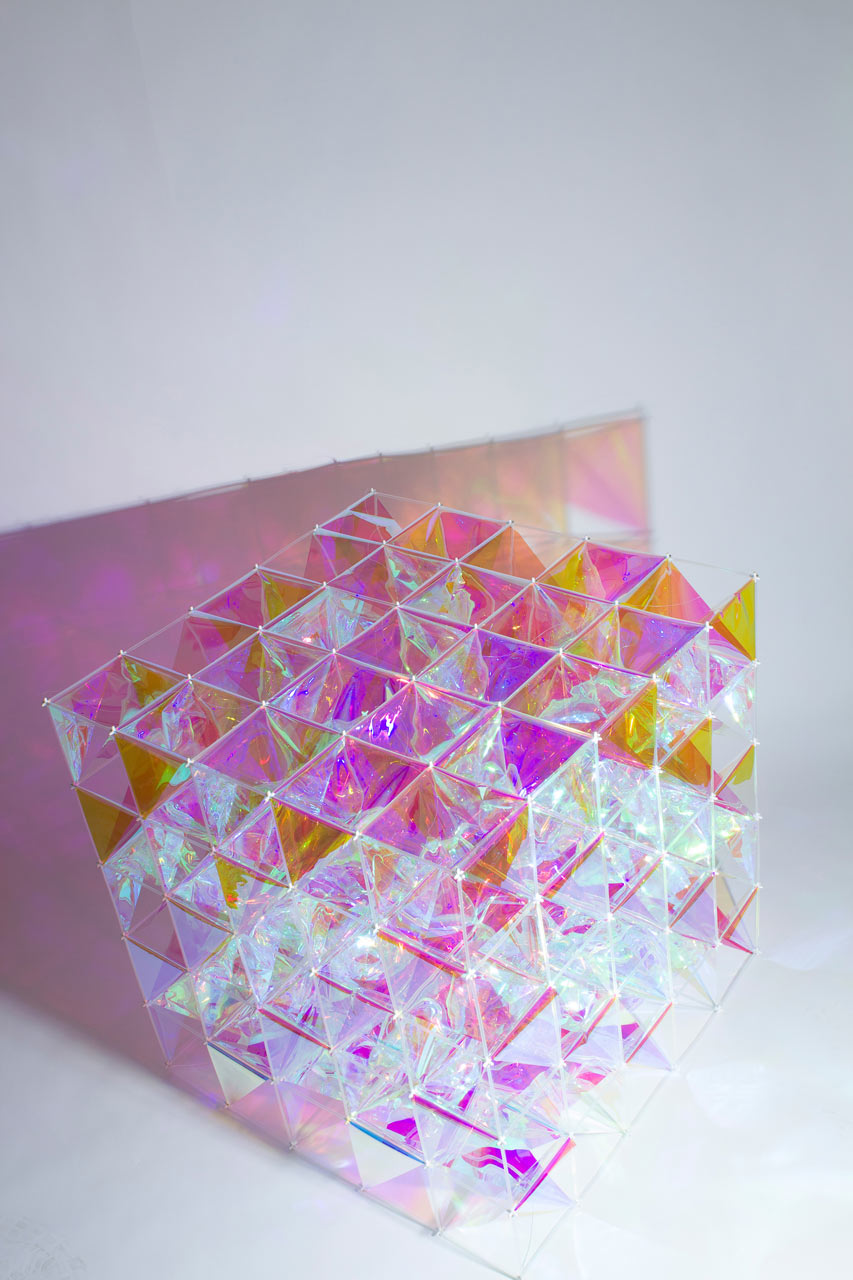 Brooklyn-based design house SO-IL was asked by 3M Architectural Markets to team up on project that explores 3M™ Dichroic Glass Finishes, an ethereal film for glass surfaces that plays with light by reflecting and creating color shifts. They came up with a sculptural, three-dimensional kite that radiates an iridescent color spectrum. 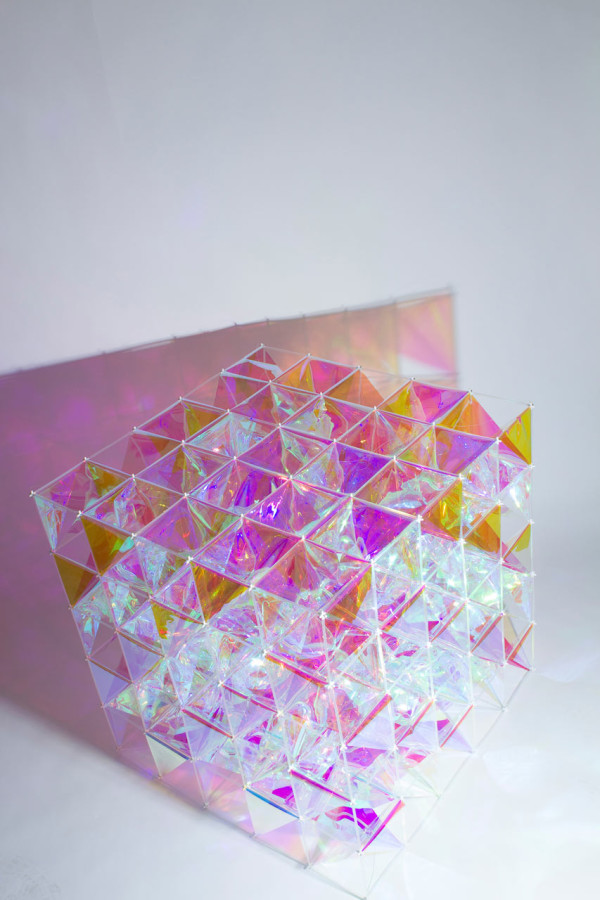 3M scientists have been studying Blue Morpho butterfly wings in hopes of creating a glass film technology that could produce the same kind of color-shifting effect. A shimmering metallic is seen on the wings thanks to layers of microscopic scales that appear to change color depending on how the light hits them. Borrowing the same concept, the developers combined layers in an attempt to get a similar result. The film brings rainbows of colors that change and glimmer depending on where they are viewed.

The kite was on display at the Wallpaper* Handmade exhibit in Milan this year. 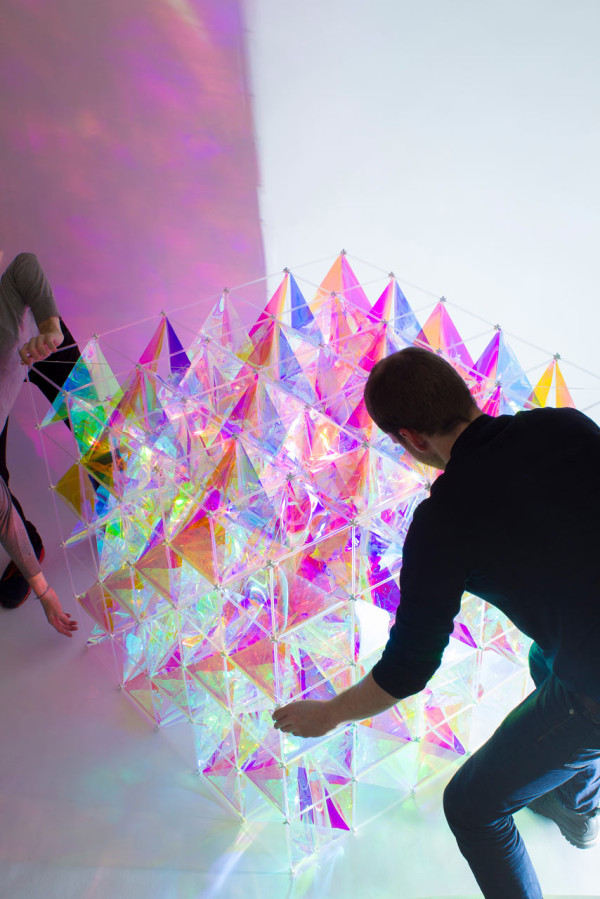