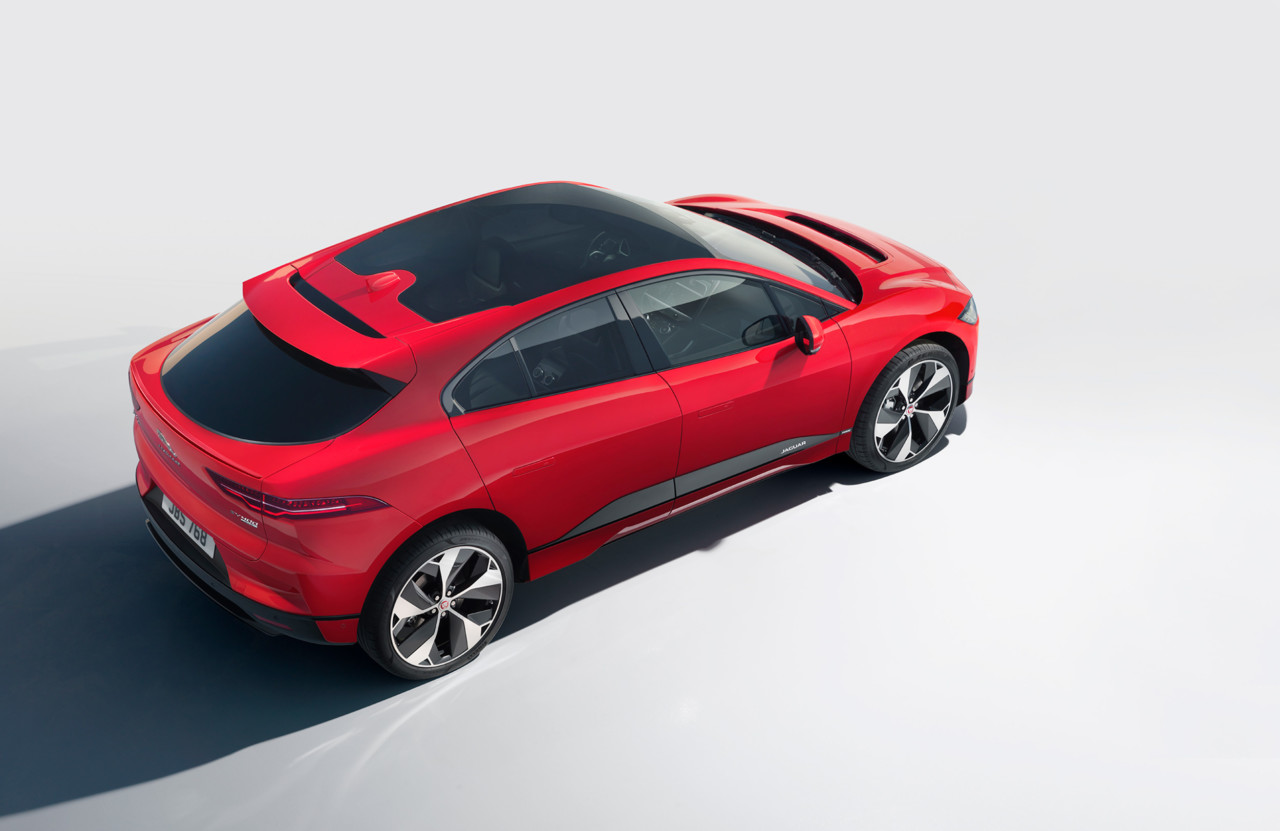 Jaguar Director of Design Ian Callum wants you to know the best days of automotive design are not yet behind us, fading fast in the rearview mirror. In fact, the 63 years young Callum is convincingly enthused about the possibilities fomenting across the automotive industry as it switches gears toward an era of electrification, heralding the Jaguar I-PACE, the brand’s first all-electric production vehicle as an example of the exciting things yet to come. 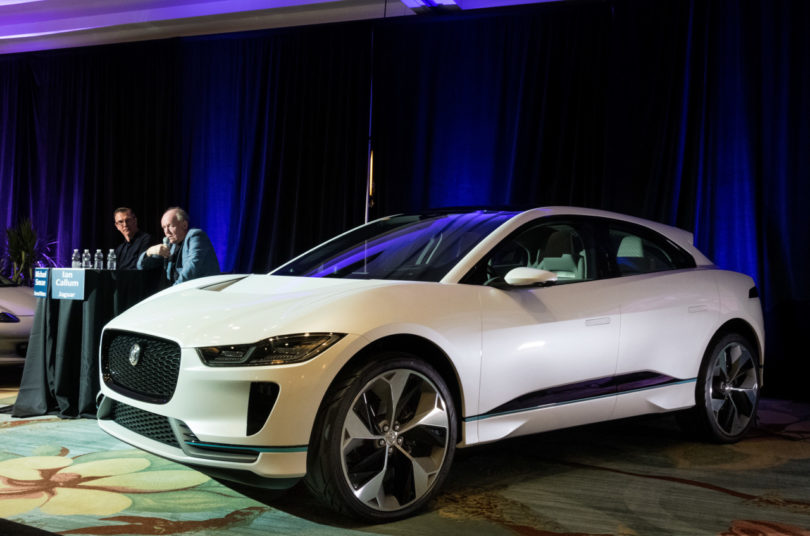 Fending off the effects of a red-eye flight into Jacksonville, Florida, Jaguar’s Callum is here to attend Amelia Island Concours – the pleasantly genteel and relaxed East Coast brethren of Pebble Beach – joining his brother, Moray Callum, Ford’s VP of Design, to speak at “Watts Next…Design Challenges of the Electric Car”. Sitting alongside the Brothers Callum are General Motors’ Michael Simcoe, Porsche’s Grant Larson, and Nissan’s Alfonso Albaisa, rounding out a rare congregation of some of the industry’s most influential creative minds.

The panel moderated by Stewart Reed, Chairman of Transportation Design at Art Center College of Design, is advertised as an exploration of the challenges posed by the paradigm shift presented by electric vehicle. But after initial presentations walking through the history of showstopper designs like the Infiniti’s Prototype 9 and Mercedes-AMG Project One, the talk digresses into two camps upon opening conversation to the public: designers optimistically looking forward, a public vehemently looking back. 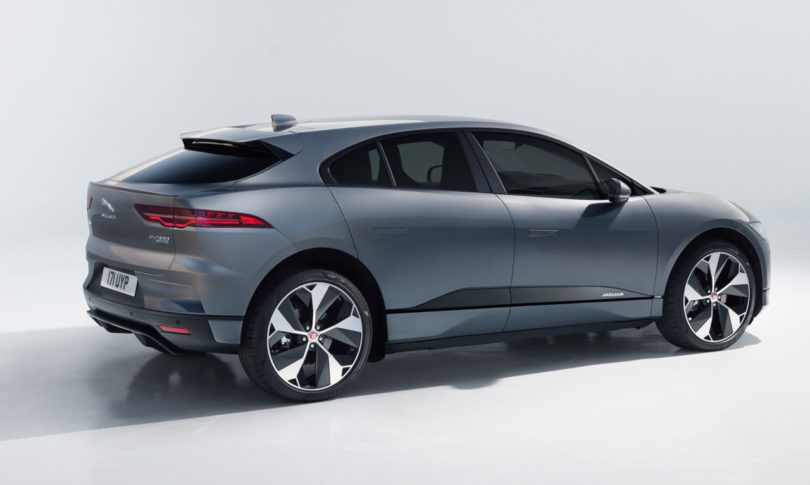 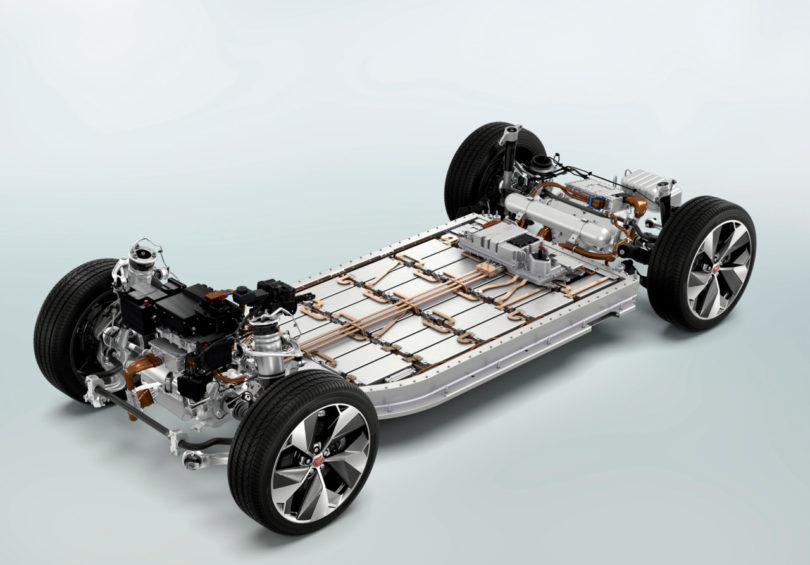 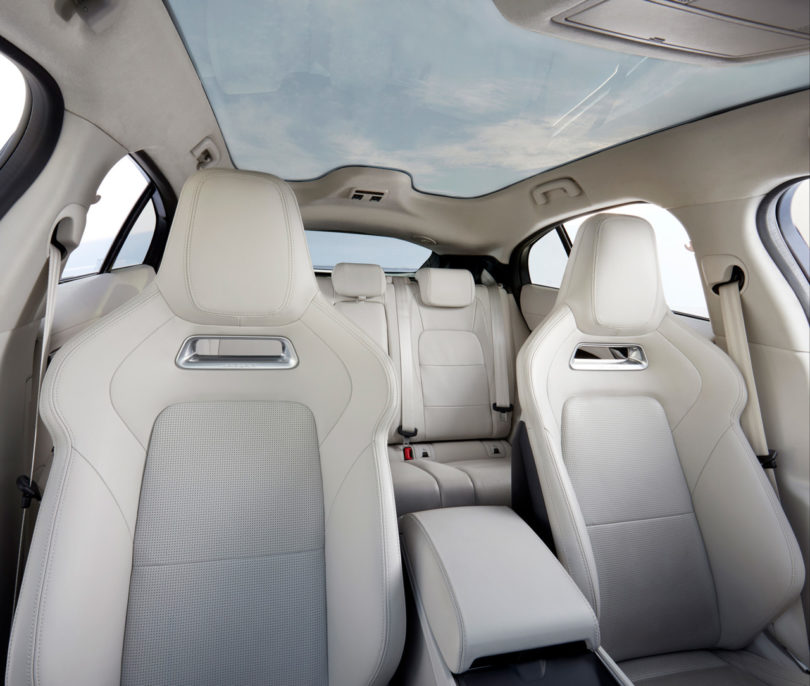 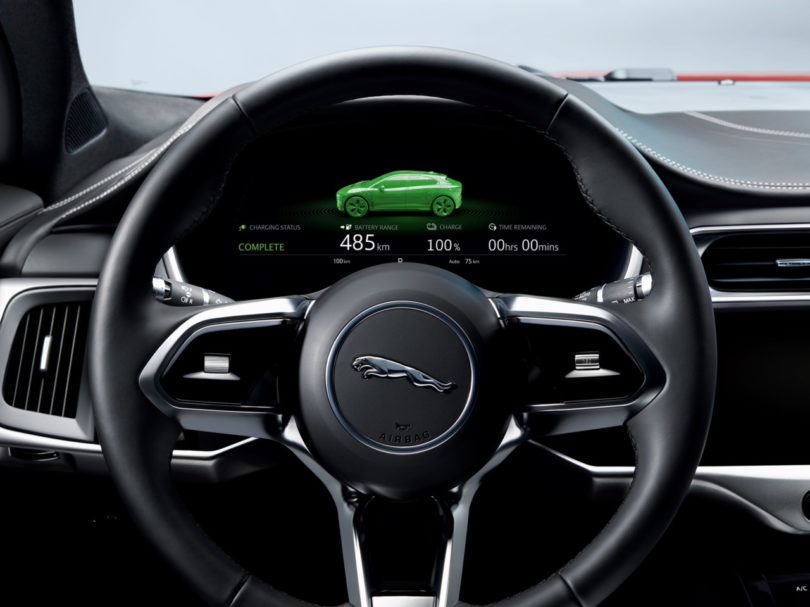 Powered by a 90kWh lithium-ion battery, the SUV delivers an estimated 240 mile all-electric range, aided by a range-optimized navigation system to eke out every last mile. Fast charging can bring the battery from 0-80% in just 40 minutes using a 100kW DC charger.

The division isn’t a surprise. The seminar stands in stark contrast to the majority of heritage-oriented events during the weekend-long 2018 Amelia Island Concours. An obsession with the past is par for the course here at Amelia Island, showcasing a Morse-code arrangement of exquisitely preserved vehicles spanning decades strewn across immaculate stretches of golf course lawn, with a tide of silver haired attendees intermingling in fawning admiration. It becomes quickly evident the majority of classic car enthusiasts of another generation aren’t quite convinced the future should be powered by plug rather than pump. But even stalwart traditionalists recognize the writing on the wall, and so seats were filled (begrudgingly, with more than a few arms crossed) to hear out five of the most influential modern automotive designers explain the virtues of future car designs untethered from the gas tank. 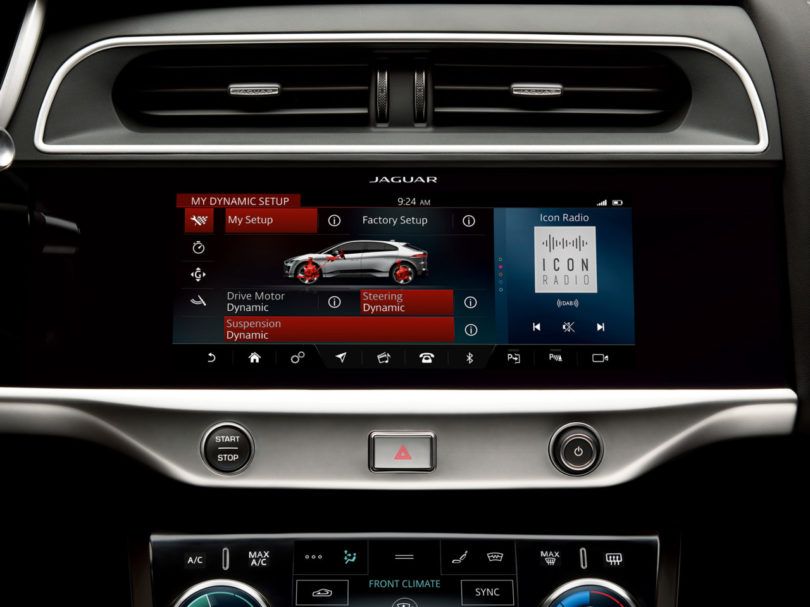 The I-Pace is equipped with artificial intelligence algorithms to learn driving habits and tailored to driver preferences, alongside a slew of customization options.

Sitting beside the newly revealed mid-size, all-electric Jaguar I-PACE SUV (in reality, this reveals itself to a subtly different proportioned concept predecessor of the finalized car unveiled at the Geneva Motor Show), Ian Callum stands at the vanguard of pushing for more expressive and memorable experiences within vehicles emancipated by electric engines, all the while respecting automotive history. As the mind behind the design of the Aston Martin DB7 and the Jaguar F-Type, Callum doesn’t want to sever design from the past, but instead hopes to tie it with the future.

“For those of you out there worried about the future of cars – don’t,” Jaguar’s Callum implores the doubtful crowd of car lovers, “Cars of tomorrow will still be recognizably cars and will become even more thrilling to drive.” 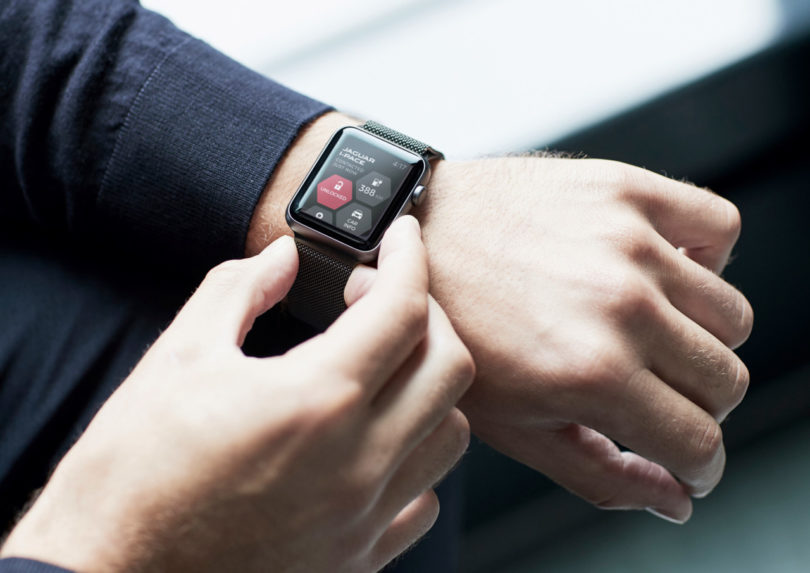 The Jaguar InControl Remote App delivers driver data to smart devices for review, with integrated Amazon Alexa Skill allows users to query the digital assistant with questions like, “Is my car locked?,” “What is the charging level?,” and “Do I have enough range to get to work?”

Callum’s enthusiasm for the future has been buttressed by his team of “30-somethings” who keep him cognizant of technology, exhibiting an idealism that usually fades away with success and age. After the seminar, he walked a group of us around his team’s latest design, pointing out the Jaguar I-PACE’s muscular silhouette, cab-forward design, and long wheelbase, explaining the exterior dimensions permits for a more spacious interior serving comfort within. Small differences between the concept model in front of us and the eventual production car revealed at Geneva are pointed out, including a slew of incremental refinements for aerodynamics. 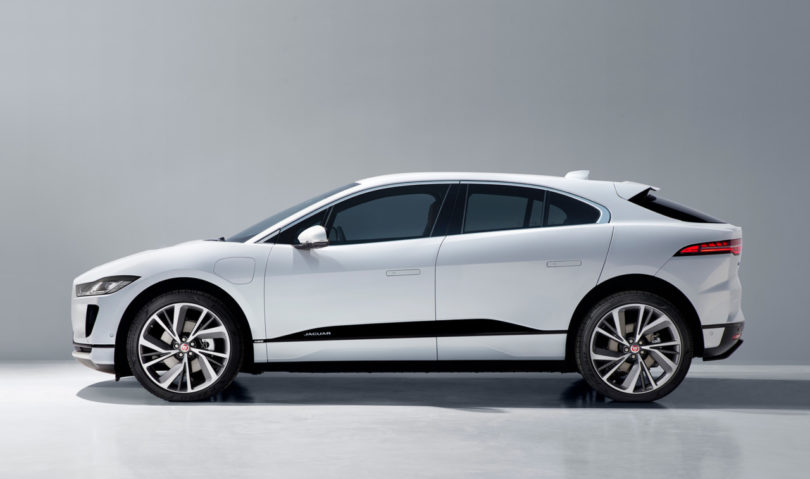 The rakish silhouette optimized for drag coefficient results in a 0-60mph in just 4.5 seconds.

“The [I-PACE] is a real opportunity to really play with the shape of the car and visually throwing the weight forward. I wanted the cab-forward look, but to make it look interesting, and not like a giant hatchback…we wanted some drama and a bit of exaggeration. That’s what Jaguar has always been about, exaggerating the lines of the car to get that sense of movement, speed, and dynamism.”

When asked whether automotive design will see a design renaissance with the incorporation of electric and automated technologies, Callum is quick to agree, noting the elimination of a giant engine block permits for aesthetic expressions yet fully explored. “People think we’re at the end, but we’re just getting started.” 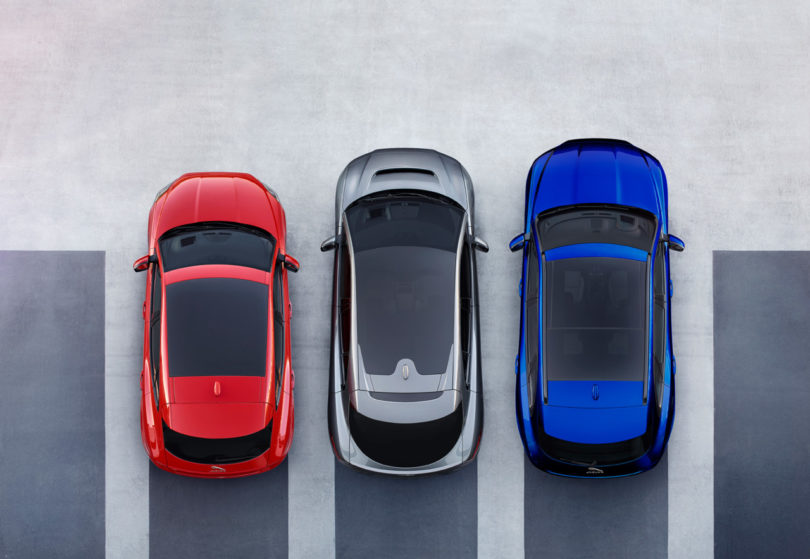 But when prodded for his opinion whether cars will start looking remarkably different soon with the move toward electrification, he errs on the side of evolution rather than revolution, noting electric vehicles tend to share all the hallmarks of their petrol-fueled cousins. “There are a set of rules we live by aesthetically, and I think that’s what holds us to what you see here. What you see is a genuine attempt to do something within the shape of a car that is intended to be aesthetically pleasing, and if it defaults to a set of lines that are familiar, so be it. I don’t think it needs to be overtly different for the sake of being different.” 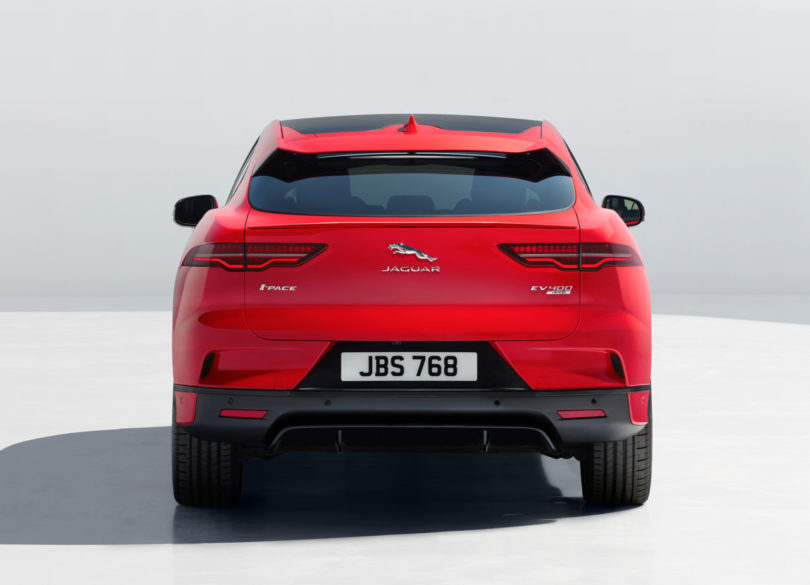 This confidence only wavers for a moment, admitting while the drawing the route toward the future is guided by sign posts, the destination only becomes visible upon arrival. Pointing toward his iPhone, Callum remarks with a thoughtful pause and incredulous glance, “We can design for the future, but nobody really knows how its really going to play out. Who would have thought this thing would eventually shape everything?” 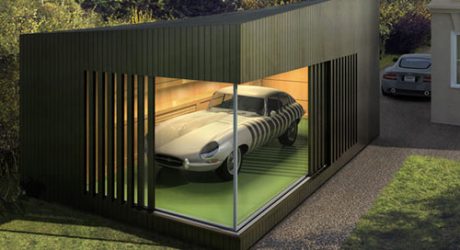 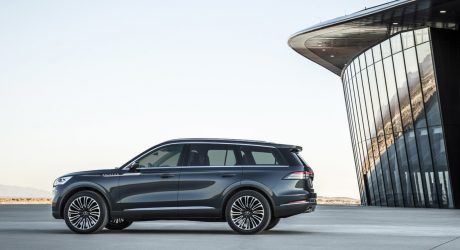 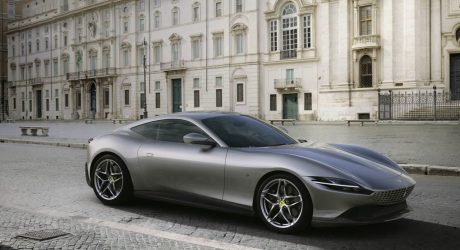 Font Created by A Car 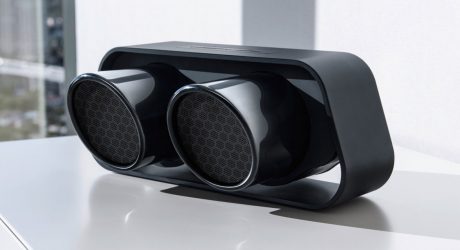 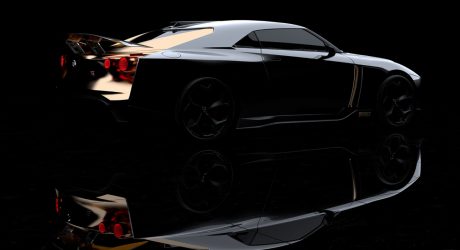 END_OF_DOCUMENT_TOKEN_TO_BE_REPLACED

The Minimalist™ is a sophisticated slim leather wallet designed to carry your most essential cards and cash. Proprietary CashStrap™ enables a uniquely innovative method for cash storage and remov...
$22.50 $75.00

END_OF_DOCUMENT_TOKEN_TO_BE_REPLACED 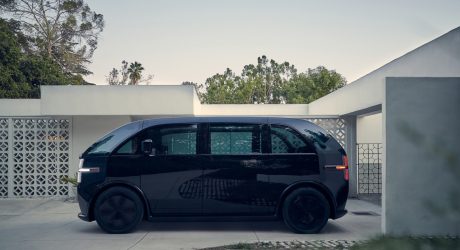 Would you ditch owning a car to "subscribe" to an all-in-one monthly fee EV that includes maintenance, insurance, and registration? 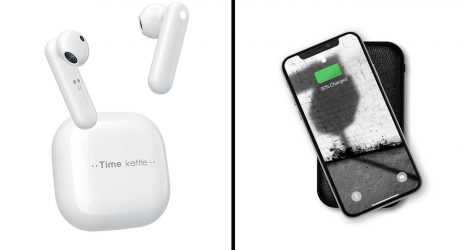