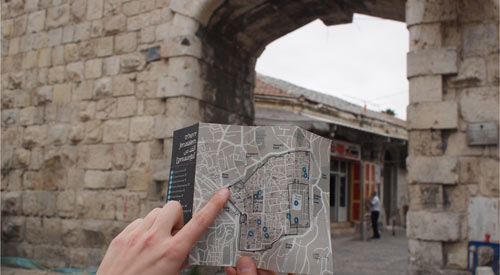 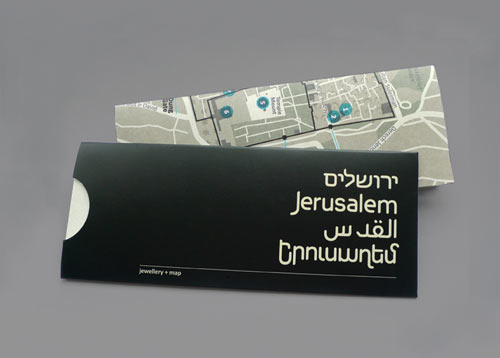 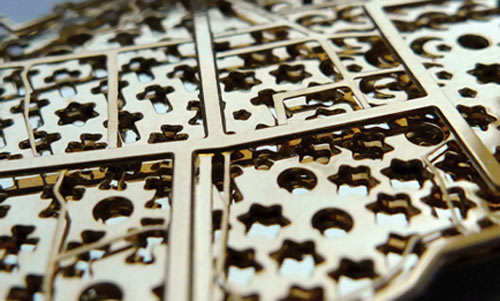 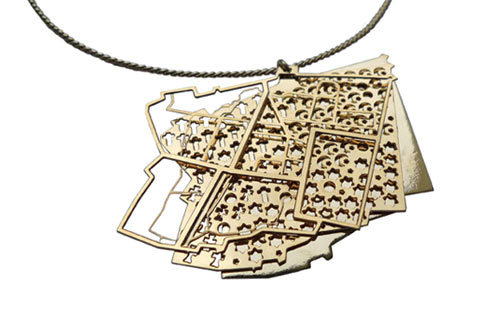 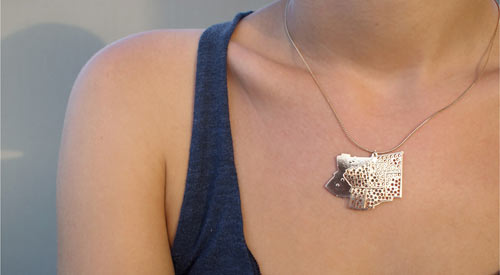 Knockoutdesign has created a necklace inspired by the city of Jerusalem. Since each city has a different rhythm, characteristics, culture and history, Knockoutdesign explains that they wanted to translate this specific urban experience into a line of jewelry.

The Jerusalem pendant is the rest from the collection to come soon. We believe that you can take the memories and experiences of the visited place with you in the way. The design of Jerusalem was based on the map of the Old City, with the emphasis of the different layers of this amazingly rich environment. The pendant is inspired by the uniqueness of the city of Jerusalem. The Old City of Jerusalem is a mixture of ethnics, religions and languages, the pendant tries to capture this rich environment and celebrates cultural diversity.

First layer shows the urban characteristic with major routes and the surrounding walls of the ancient city. Layer in the middle shows the religious and ethnic mixture of four quarters in the Old City represented by the symbol of each group (David Star, Muslim Crescent, Christian and Armenian crosses). The symbols create the specific ornament so close to the Middle Eastern visual heritage. The last layer marks out the major sites inside the Old City like the Wailing Wall, Al-Aqsa mosque and others. e very important part of the design was the packaging with included especially designed map of the center of Jerusalem and the Old City.

The typeface of the logo is a display font designed for this project, the name of the city is written in four scripts: Hebrew, English, Arabic and Armenian since these are the four languages spoken in Jerusalem.

The necklace is made of stainless steel coated with 24K gold. You can buy it in the Knockoutdesign Etsy shop.