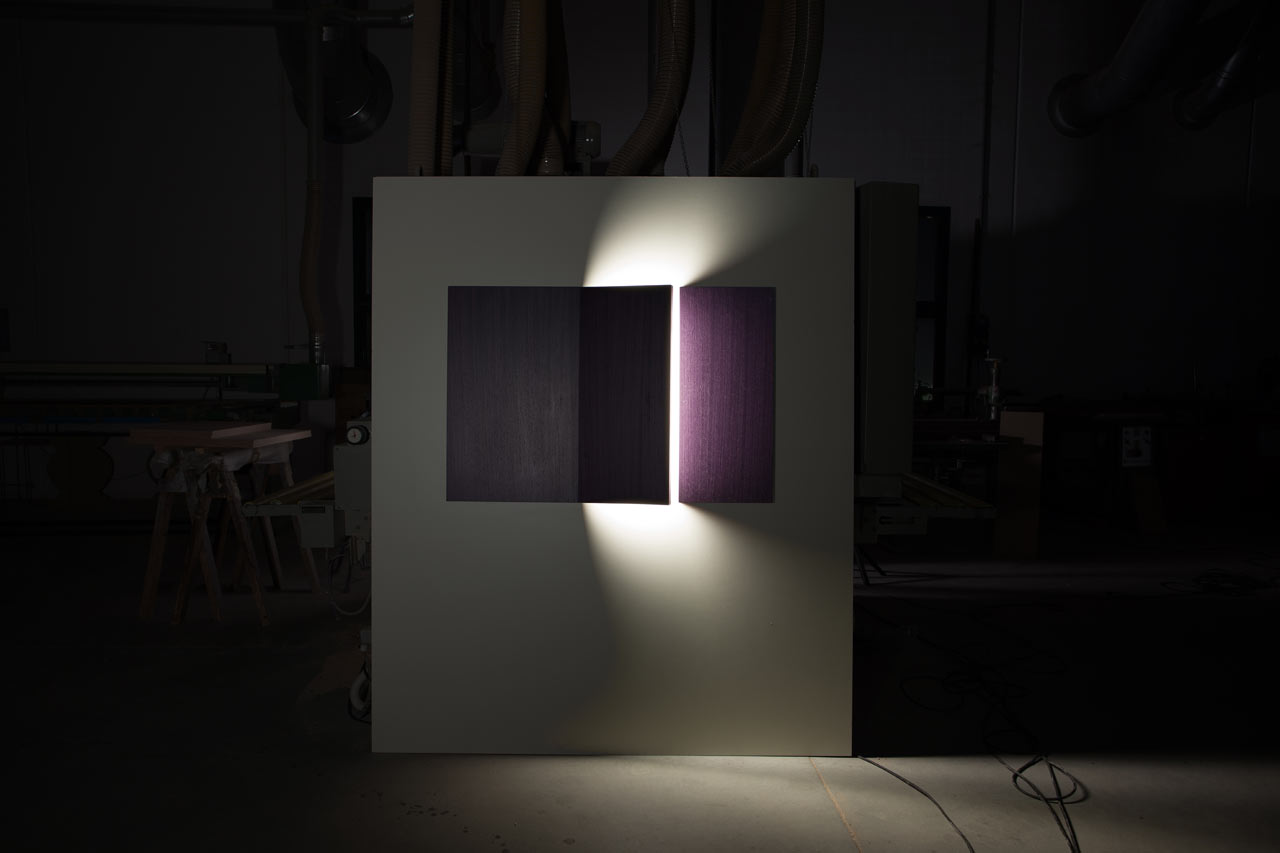 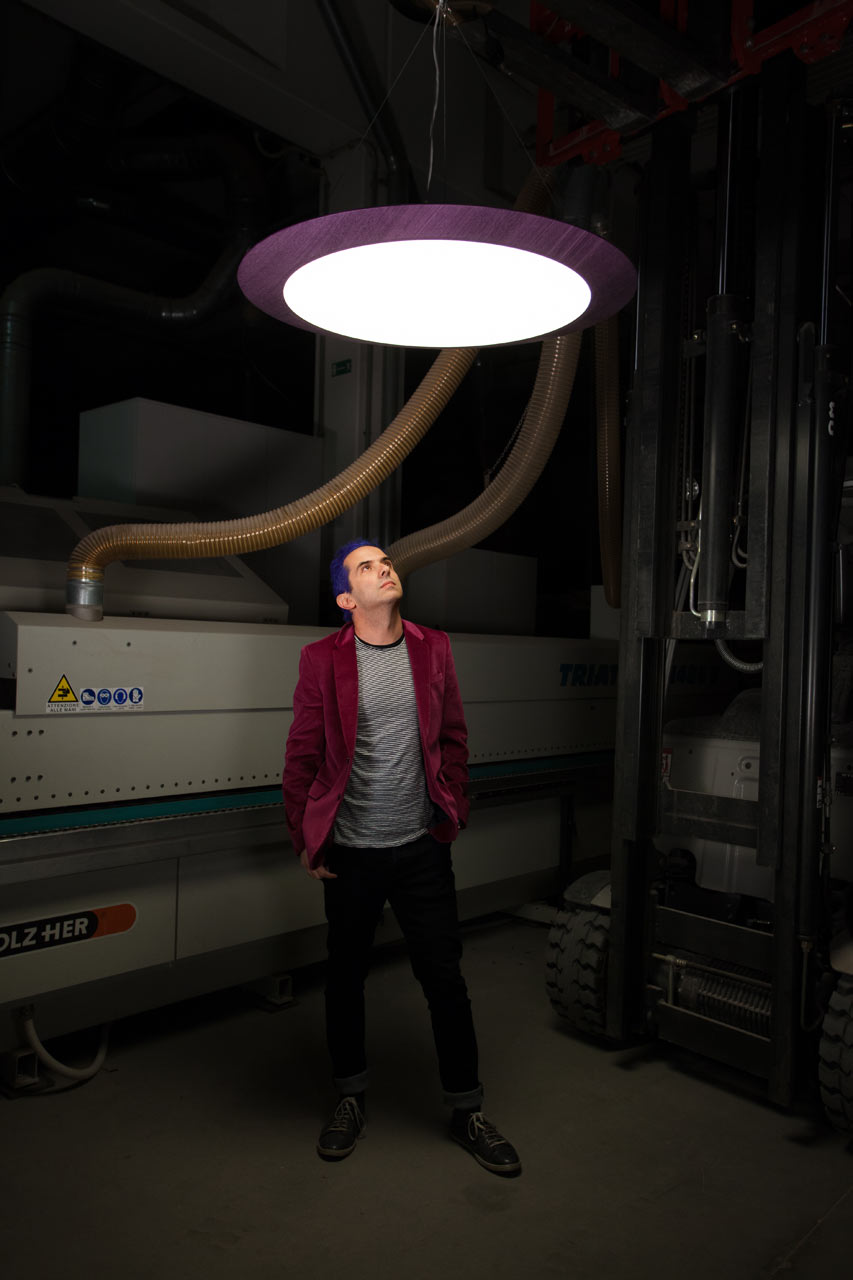 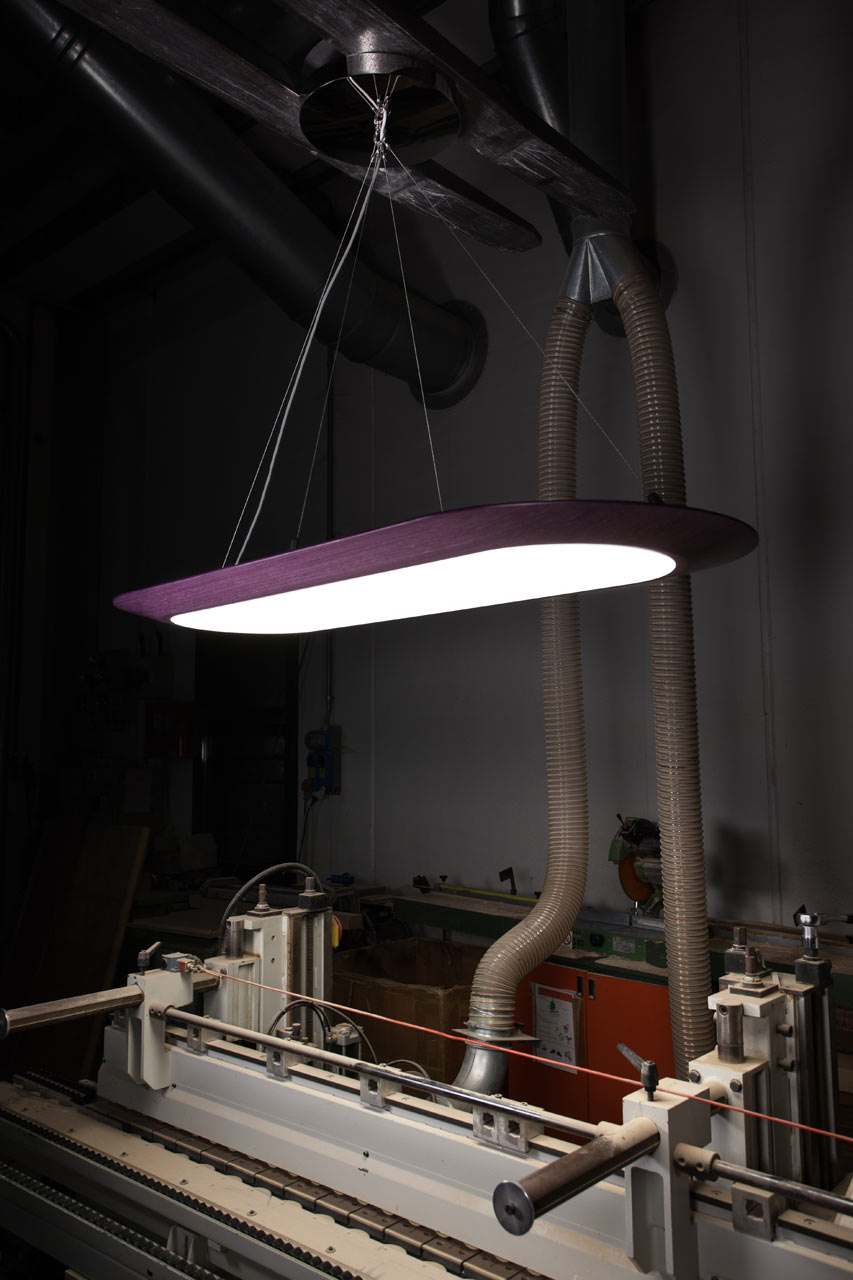 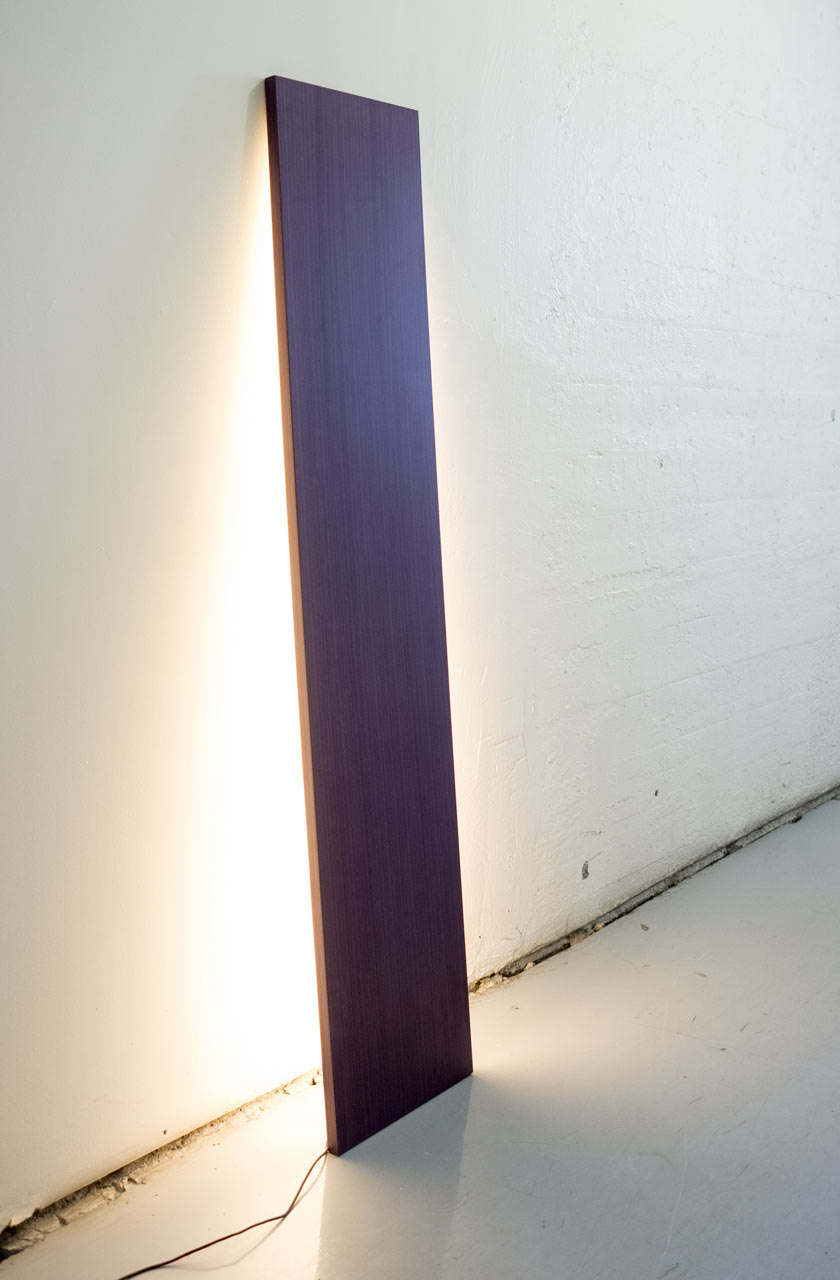 Brooklyn-based designer Sergio Mannino recently came out with four new lamps inspired by artist John McCracken. Mannino explains his design process through vivid imagery in an imaginary letter he wrote to McCracken where he describes sailing the Mediterranean Sea through what he saw and how he felt, while also wondering if any of it was similar to McCracken’s thoughts. 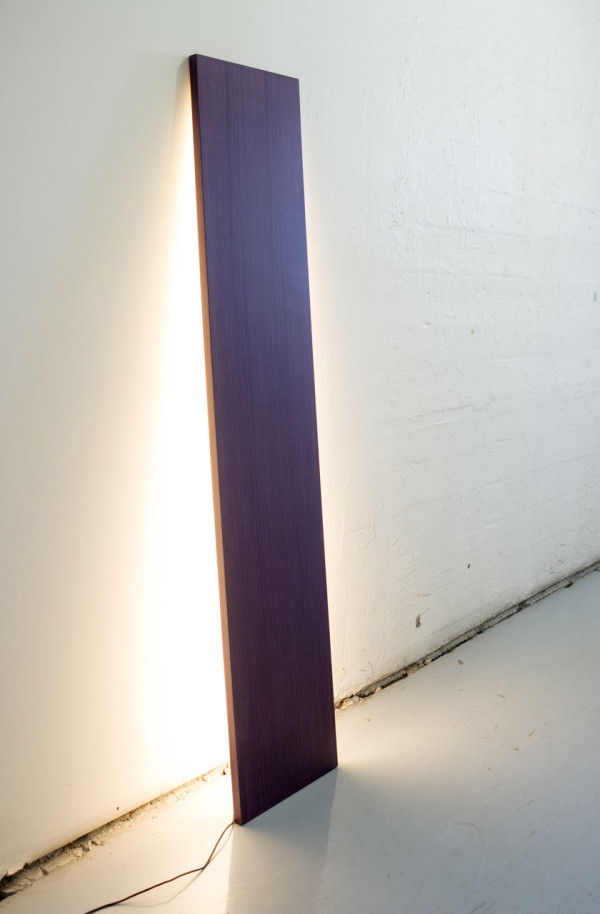 The boat was sailing around the island of Stromboli on a clear summer night. The Mediterranean sea was a flat surface of dark water that extended in front of my eyes like an infinite slab of thin black marble. I couldn’t see the end of it as it melted in a blurry line on the horizon with the sky over me. The sky was also a mysterious black veil patterned with billions of stars and galaxies whose fate, origin, meaning and mysteries we know close to nothing about.

So there I was, sailing in the silence of the night, trapped in between those two curtains, thinking if there will ever be a way to cut through them in order to get a glimpse of truth. And I can sail again in that same place every time I close my eyes and I remove all the buildings, objects, people, thoughts, anxieties, memories, fears, feelings, love or hate and I go deep into my soul or into void…

I remember the first time I saw one of your planks in a book. I was probably 22 or 23 years old and it felt like something out of this world, perfect, polished, extremely simple yet very complex, almost like that black slab of water at night. I immediately made one out of sheet metal and one out of frosted glass. It took me several days and countless models to define the right proportions and height (I had no idea about the real size of your planks). Both prototypes had a fluorescent light behind it but only the metal one was able to maintain its aura of mystery and its depth. I saw my plank as the connection between two worlds: body and mind, matter and spirit, the black Mediterranean sea and the dark sky above. Was it the same for you? Were you trying like me to scratch the surface of the black slabs in order to find some truths? Were you looking for new connections? New explanations? Maybe you wondered like me on the ocean hoping at some point to be able to stare at one temporary fragment of truth, perfectly lit, with eyes wide open. 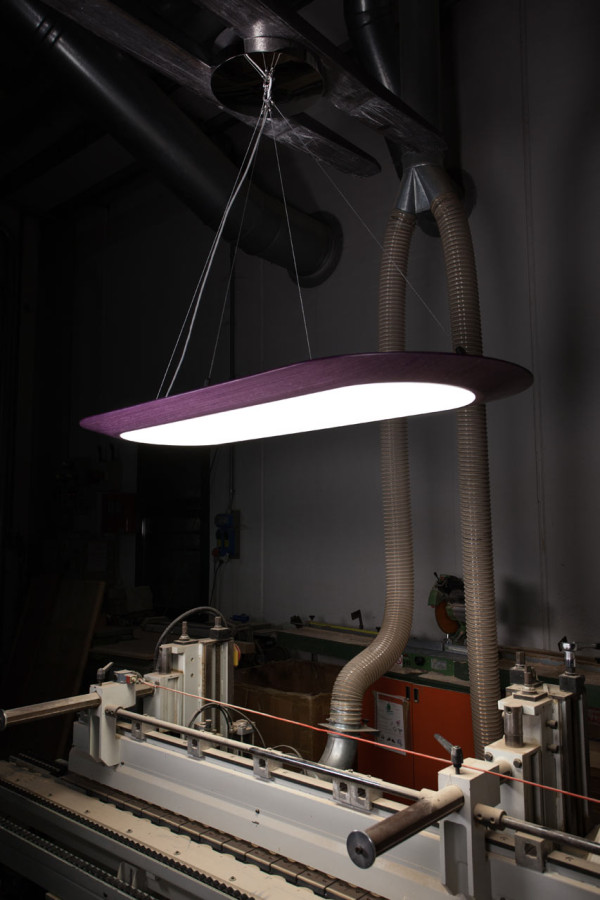 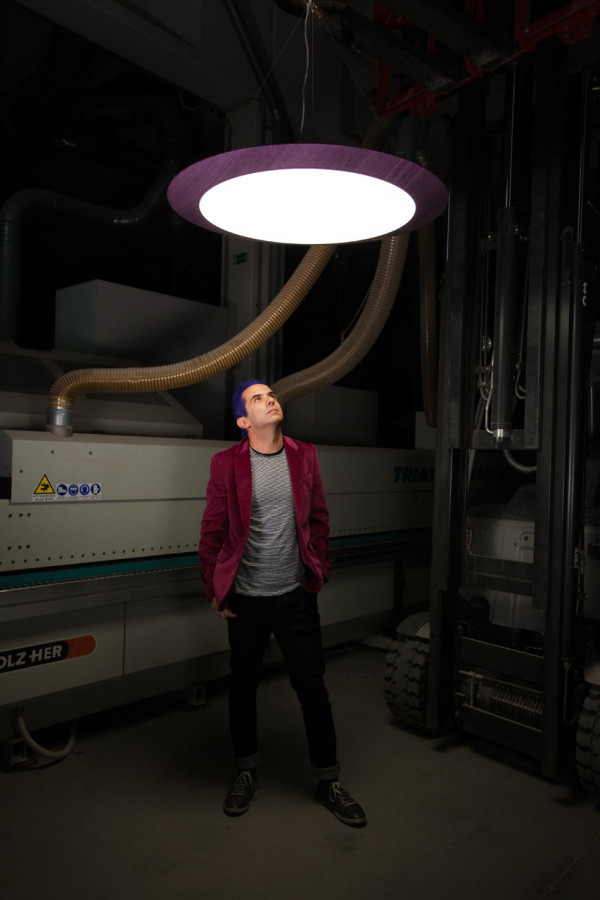