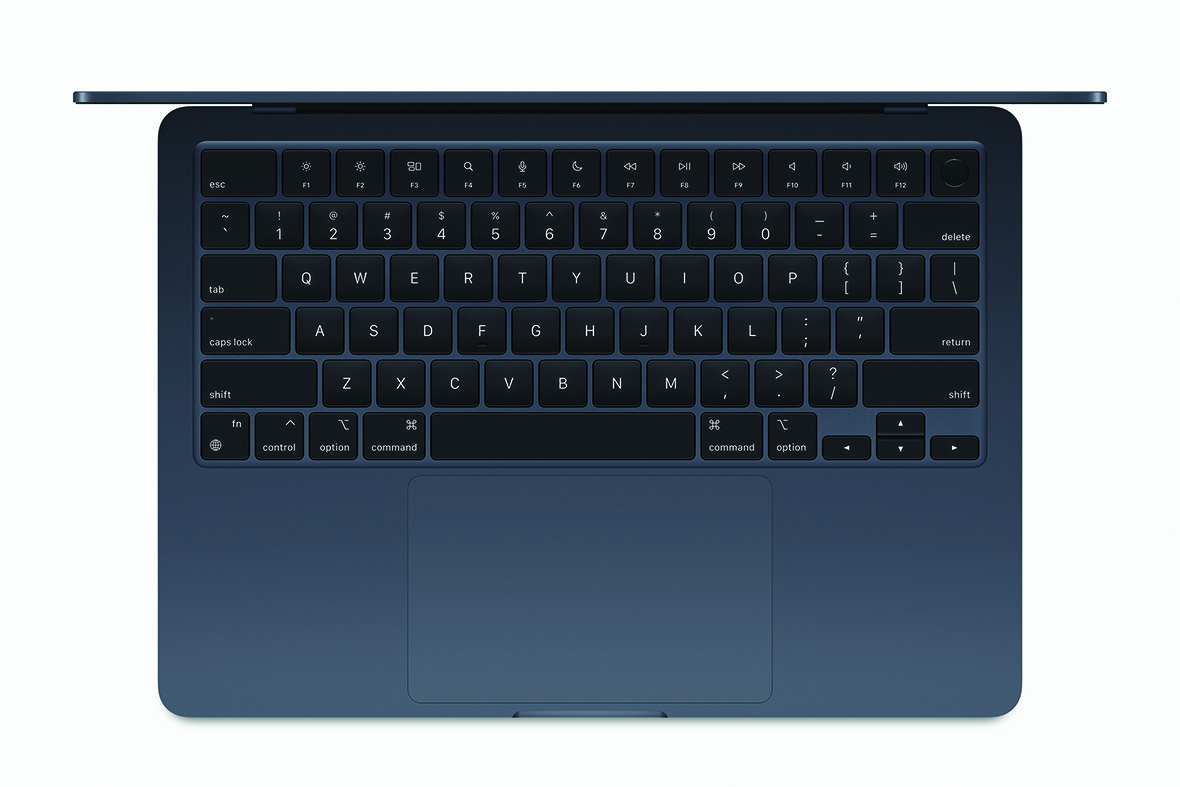 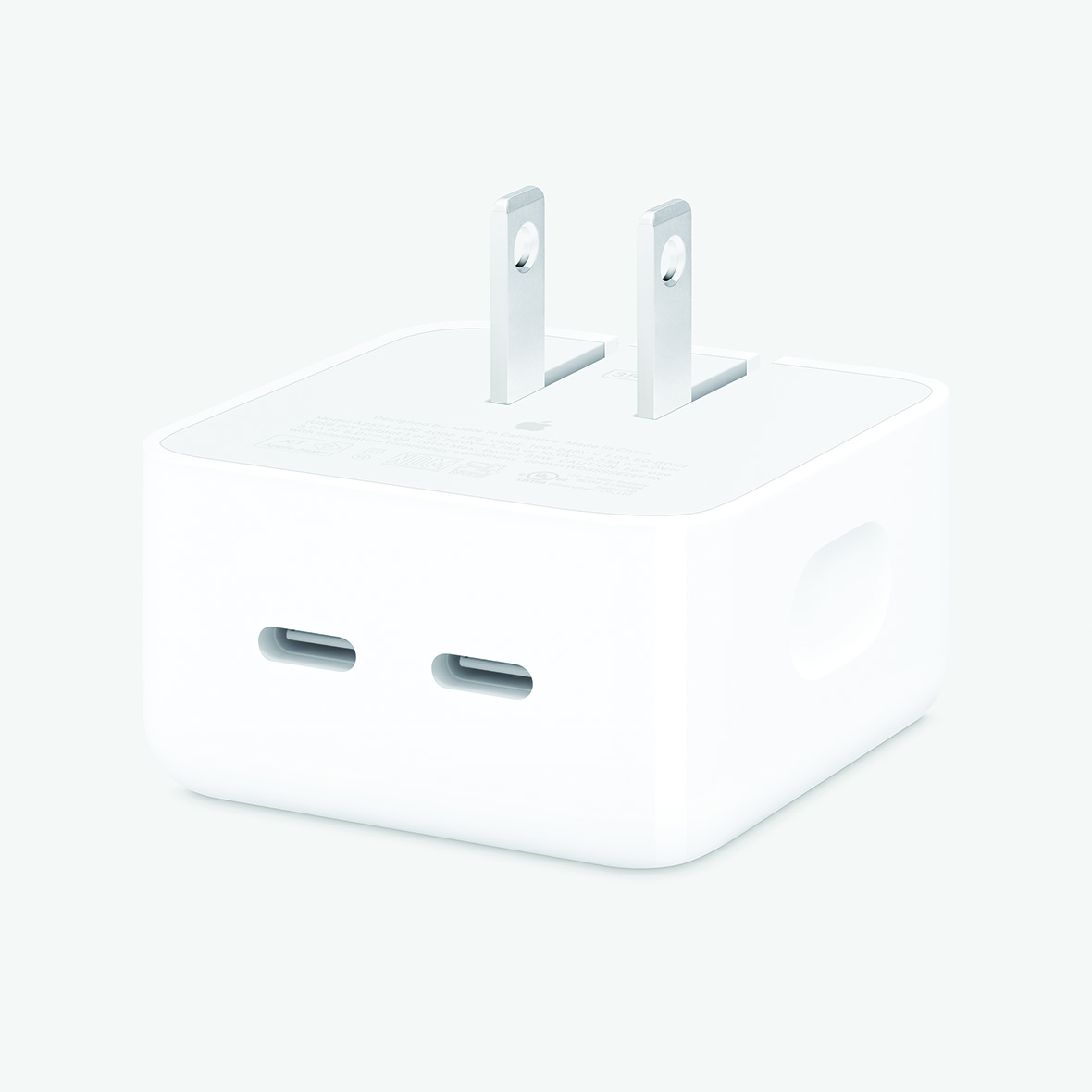 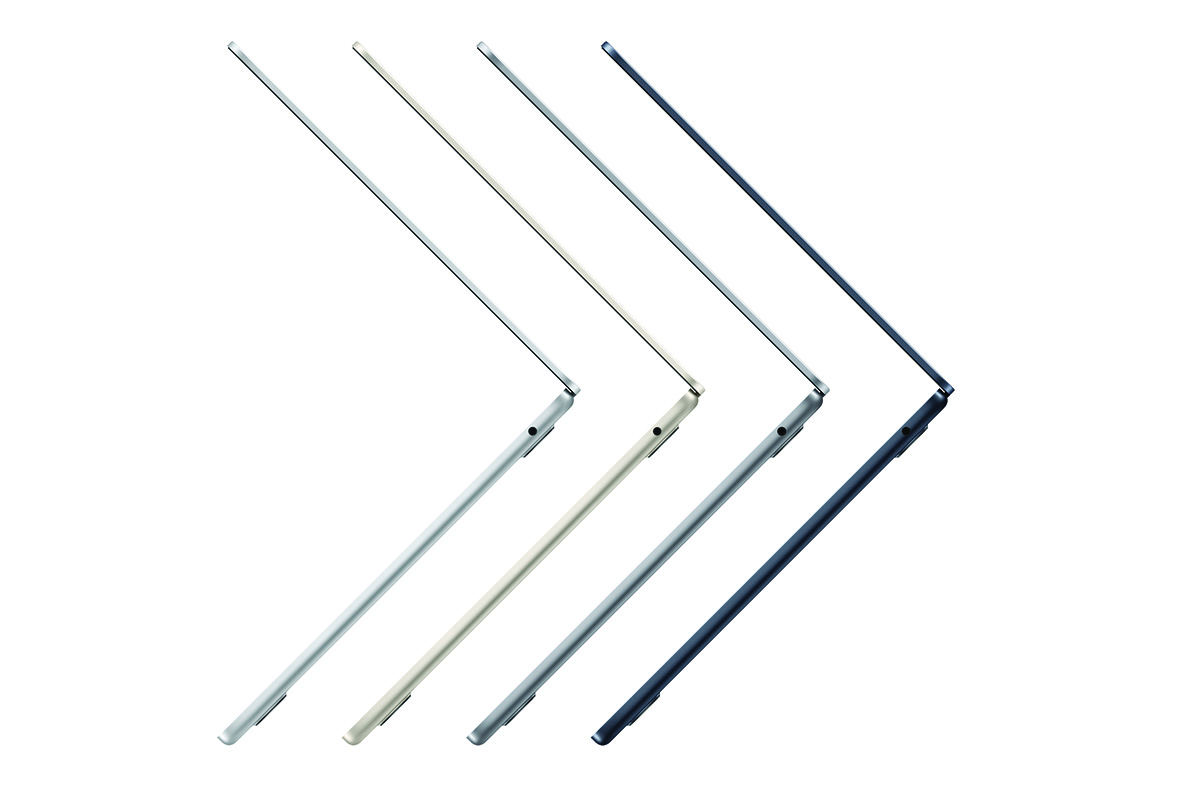 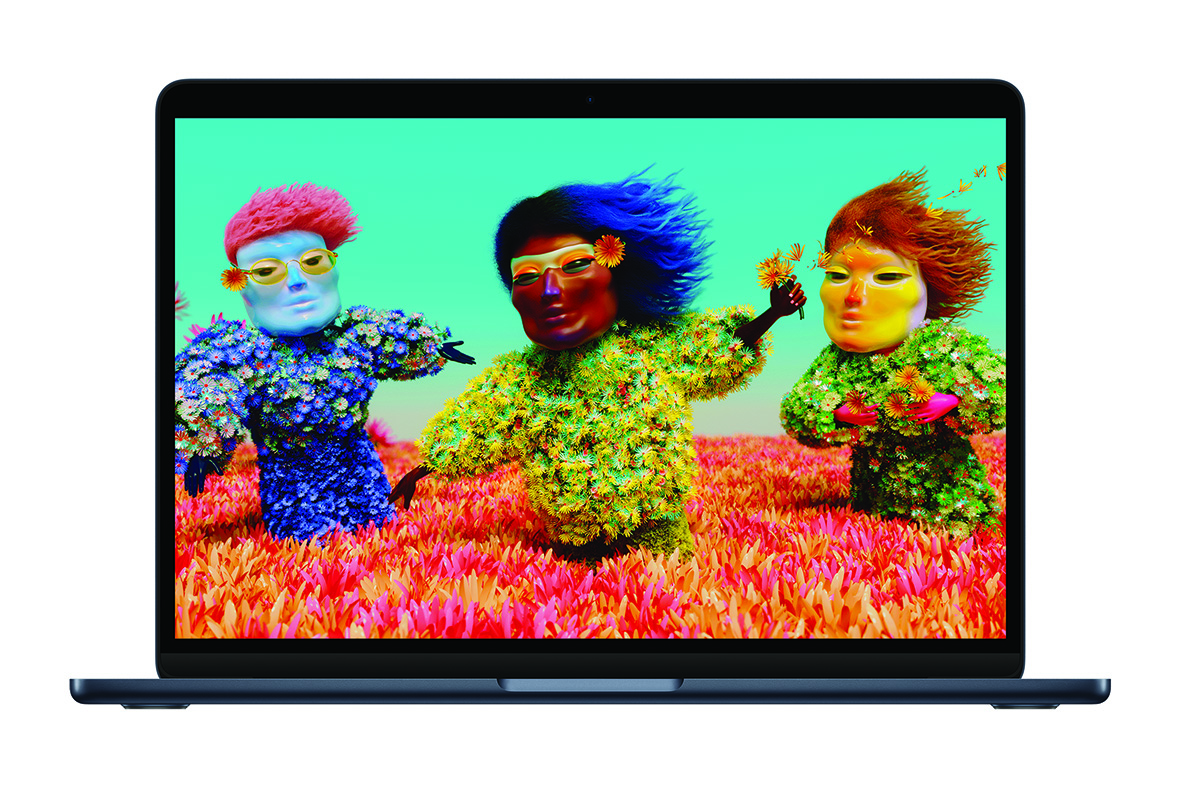 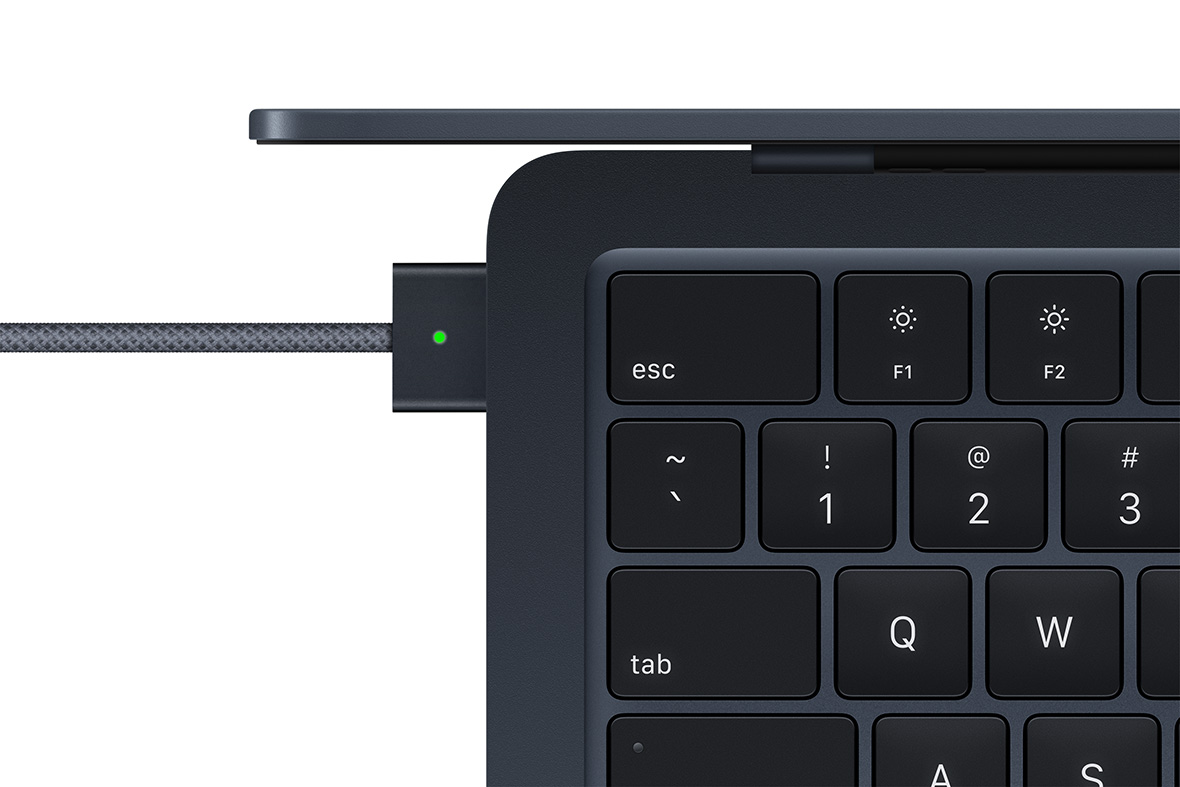 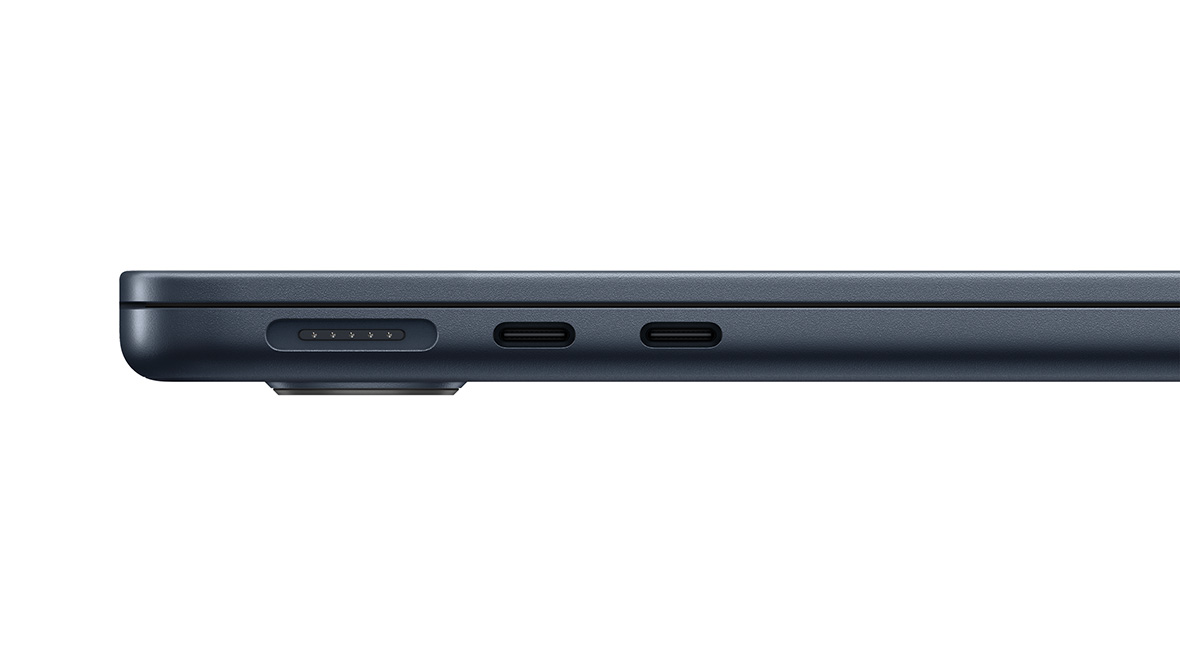 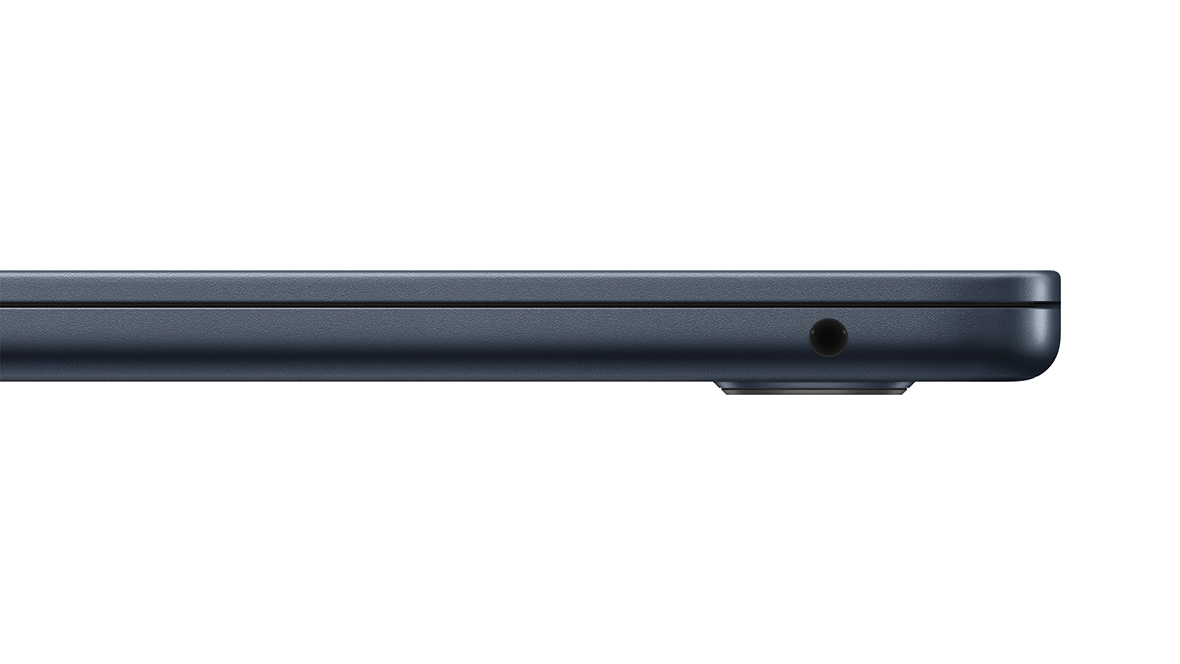 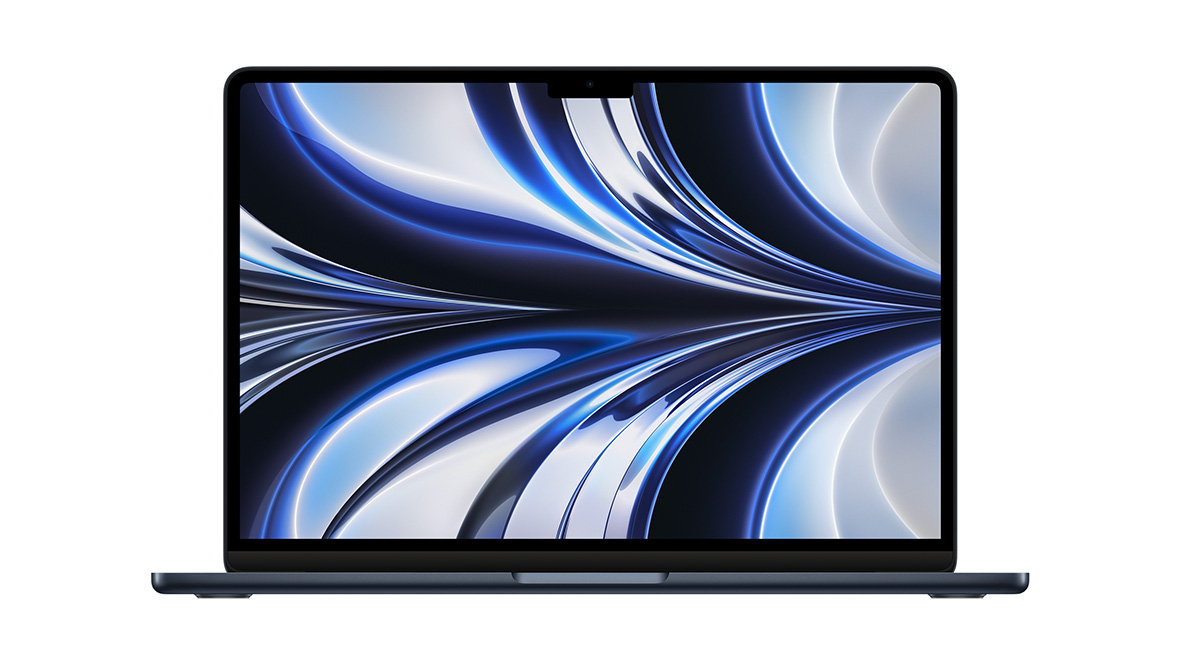 The new M2-powered Apple MacBook Air announced at WWDC Monday morning came as much with a sense of relief as surprise, revealing a concrete sign where the second generation of Apple’s ARM-based system on a chip platform is heading (hint: unsurprisingly faster and more efficient). The iterative spec upgrades deliver welcome upgrades across the board encased within the newly designed lightweight laptop, and should prove extremely popular – perhaps even more so than the original. But what truly caught our eye beyond the numbers: that new Midnight color. 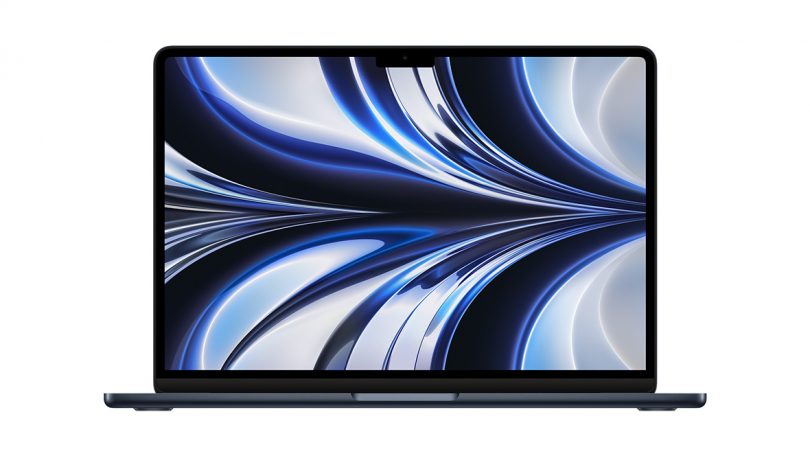 The last time Apple went with a dark color option for the MacBook was way back in 2006 with the final release of the black polycarbonate MacBook. The new 2022 MacBook Air M2 leans into a blue-tinged interpretation of the Midnight hue, a color that seems to have a bit of interpretive leeway in Apple’s own catalog of products, spanning a spectrum from matte black to a dark navy blue. Whatever the case, this newest Midnight finish is an enamoring return for those who turn to the dark rather than the light when it comes to their preference in finishes [raises hand]. 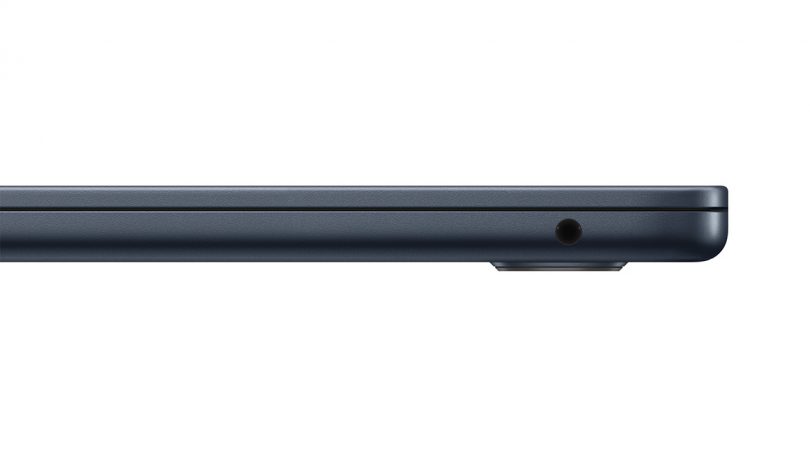 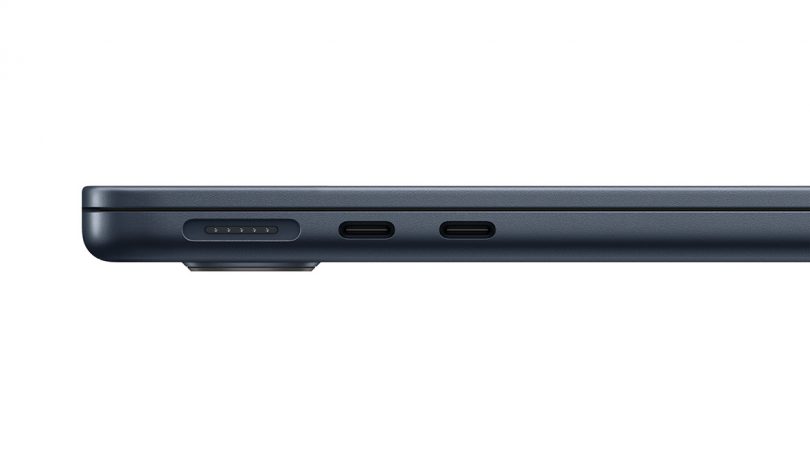 Along with the new finish, the new M2 chip powering these new laptops is reputed to deliver 20% faster performance than its M1 predecessor, and do so sipping power. Arguably equal of an improvement: a slightly larger 13.6-inch Liquid Retina display with thinner bezels and 25% brighter. The screen is capped with an upgraded 1080p FaceTime HD camera, a feature addressing webcam concerns of the legions who rely upon FaceTime and Zoom on the daily and who’ve been previously left wanting.

In the audio department, the MacBook Air M2 now a four-speaker sound system integrated between the keyboard and display with a three-mic array, one which we look forward to comparing in performance noting the tucked-away design. 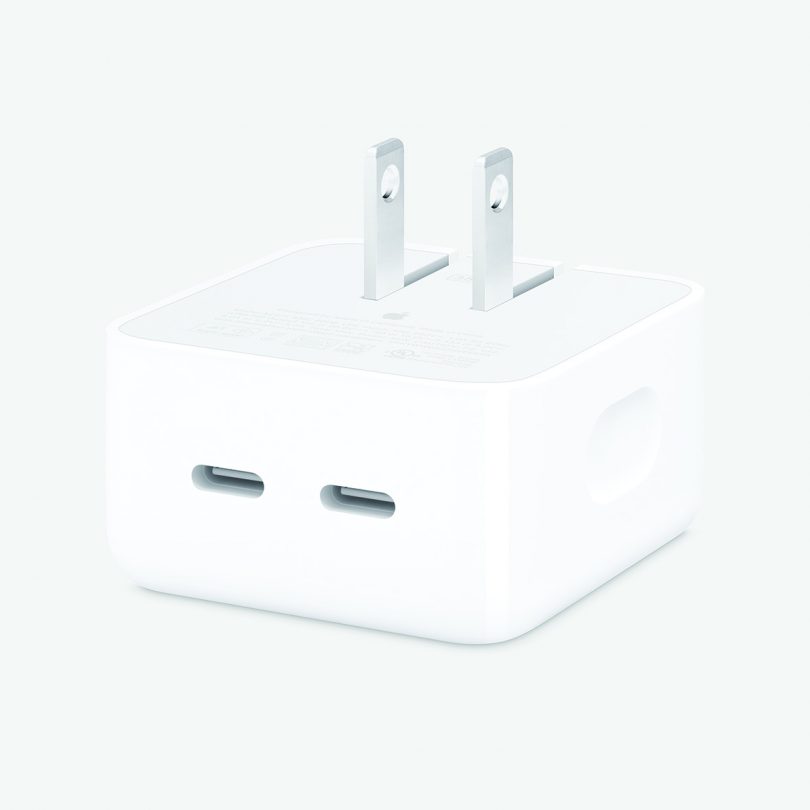 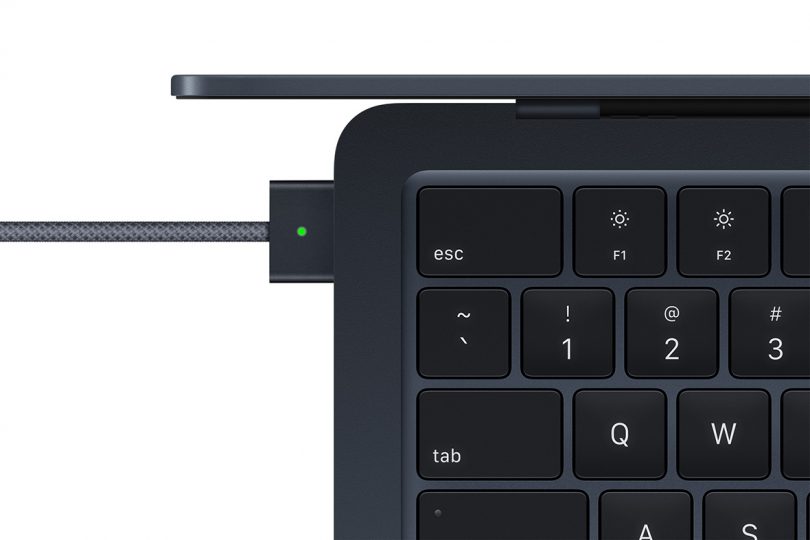 Thankfully one thing Apple is sticking with is the MagSafe charging port. They’ve also addressed my own single largest qualm since buying into the M1 migration with the original M1 MacBook Air: the M2 now supports up to 24GB of memory. 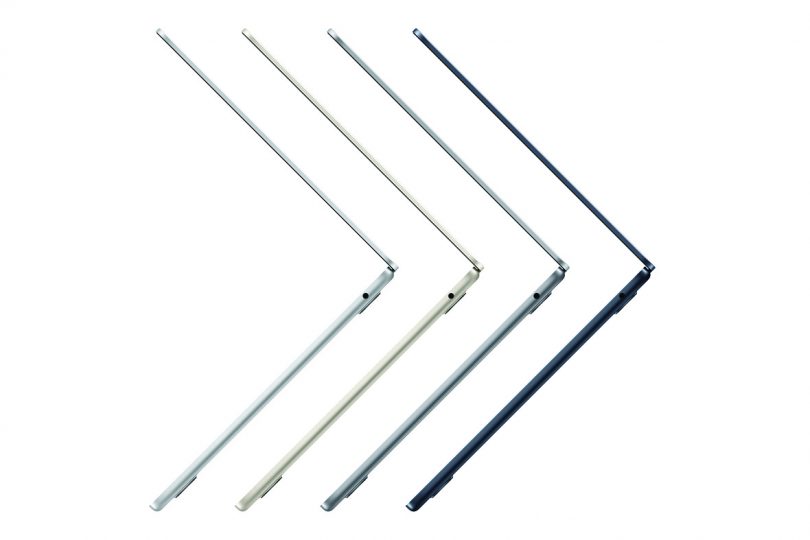 The Midnight option is joined by a gold-hued Starlight, along with the tried and true, Space Gray and Silver.

Curiosity abound whether the Air’s updated Magic Keyboard feels similar to its M1 predecessor; the M2 machine is now outfitted with a full-height function row with Touch ID, a layout complemented underneath with a force-touch trackpad.

But mostly, we can’t wait to check out this Midnight marauder’s dark hue, a color which we imagine will blend into the Gentleman’s Gray wall paint of our home office rather beautifully. 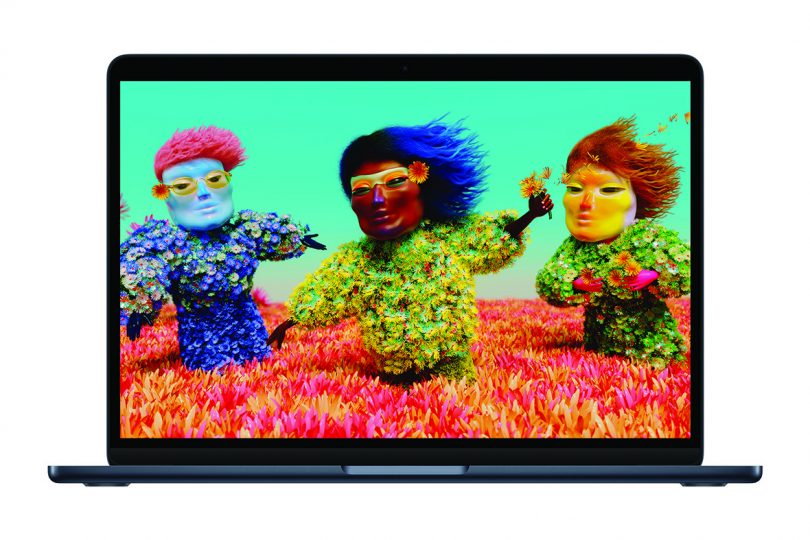 The 2022 Apple MacBook Air starts at $1,199 and ships next month. More information at Apple.com.