Thanks to Sheila Kim, freelance design journalist who writes about residential, commercial, and product design for various media outlets including Architectural Record and Metropolis. 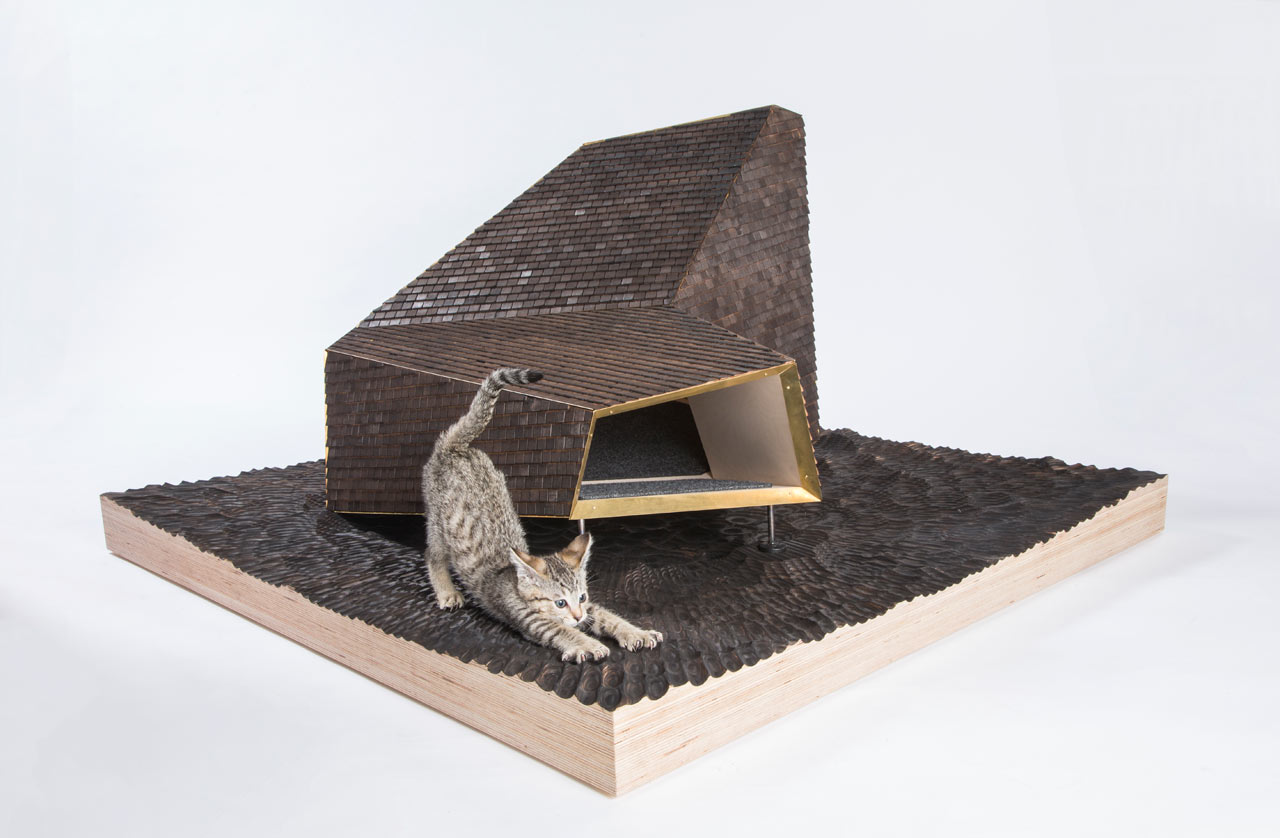 It’s pretty much a given: Invite architects to build sculptures out of food cans, carve pumpkins for Halloween, or design a mini-golf course for a cause, and you’re guaranteed to draw a sizable crowd with a garden of visual delights. But add cats into the equation and you’ve taken things up a dozen notches. One such event captivates the Los Angeles design community and cat lovers alike year after year —Architects for Animals “Giving Shelter” 2017. On October 19, the 10th edition returned to the Herman Miller showroom in Culver City to once again raise awareness of the city’s homeless cat population—which is considered to be one of the country’s largest—as well as raise funds for LA-based nonprofit FixNation.

Local architects and designers participated in the event by creating, building, and donating unique—yet functional—outdoor dwellings for cats, while feline-loving celebrities (such as Clint Eastwood and Kristen Bell) also joined the cause by decorating and donating one-of-a-kind food bowls. All the bowls and shelters are currently being auctioned online here.

Here are the 13 dwellings in this year’s program: 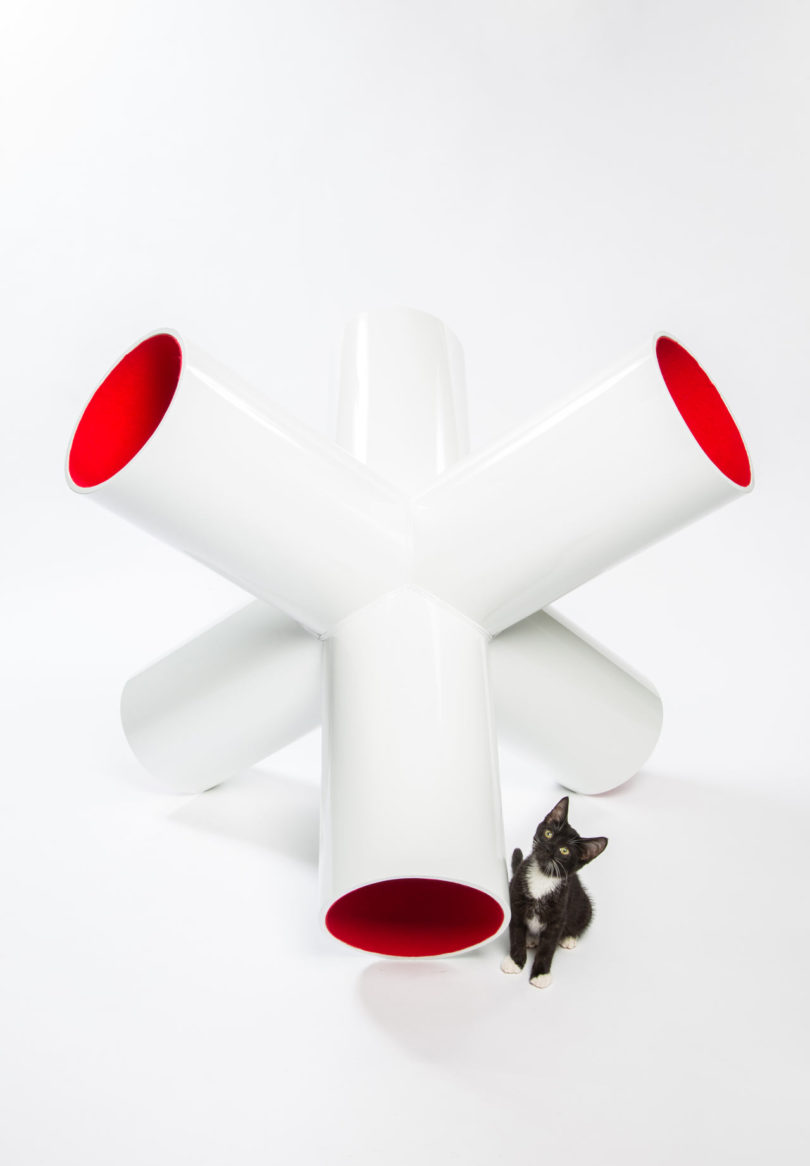 Abramson Teiger Architects’ “White Jack,” which playfully references the traditional game of jacks with a tubular structure that cats can crawl through. 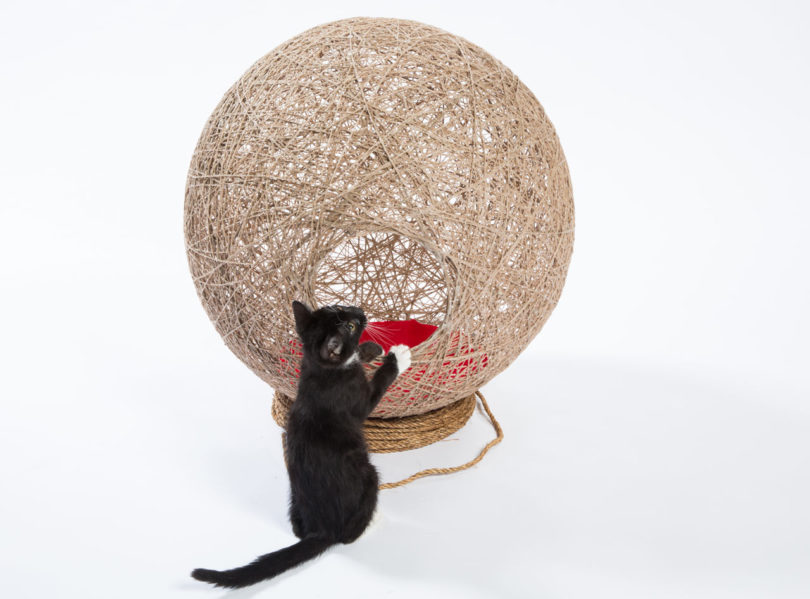 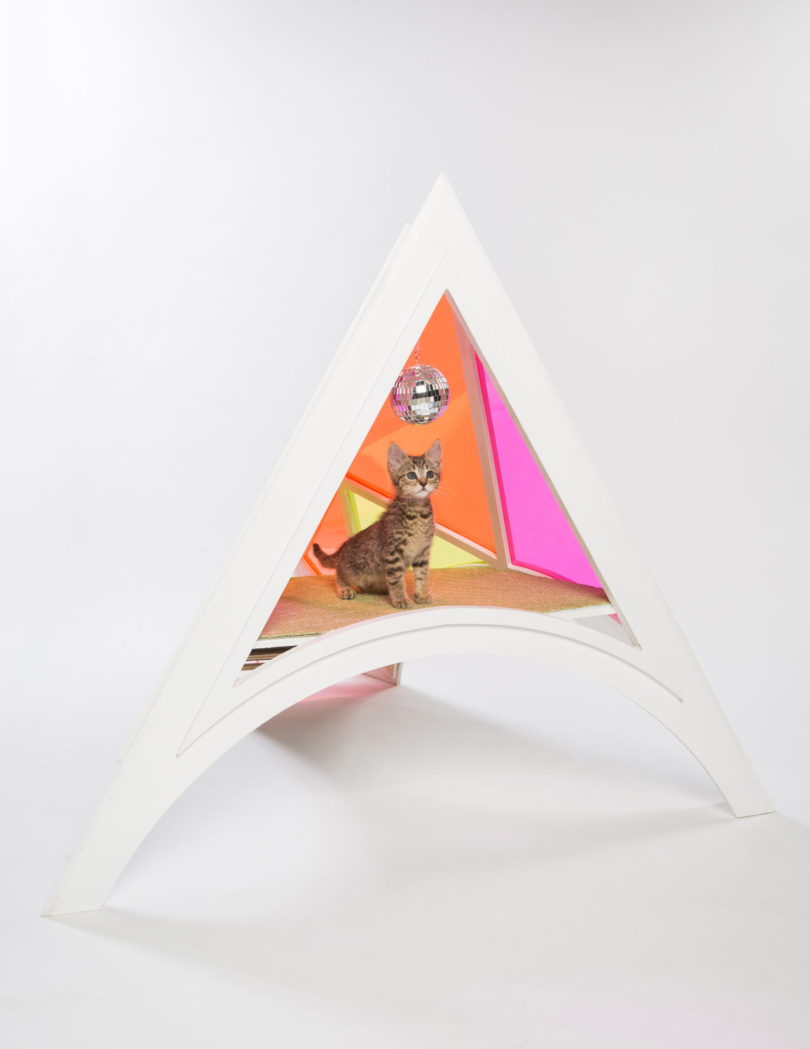 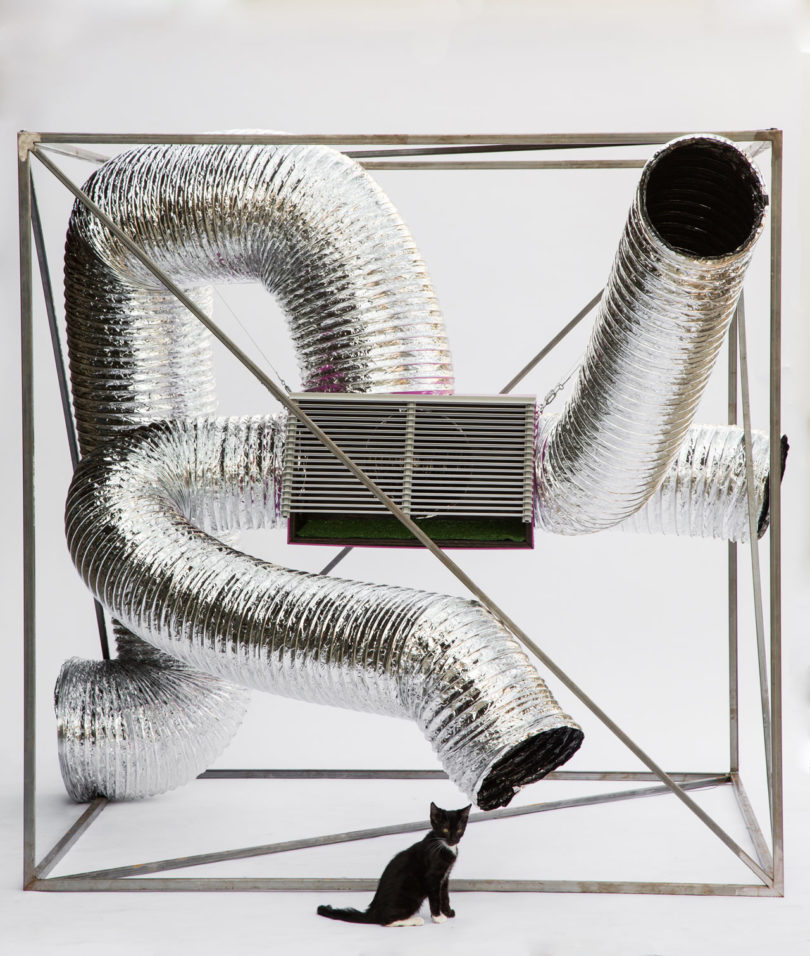 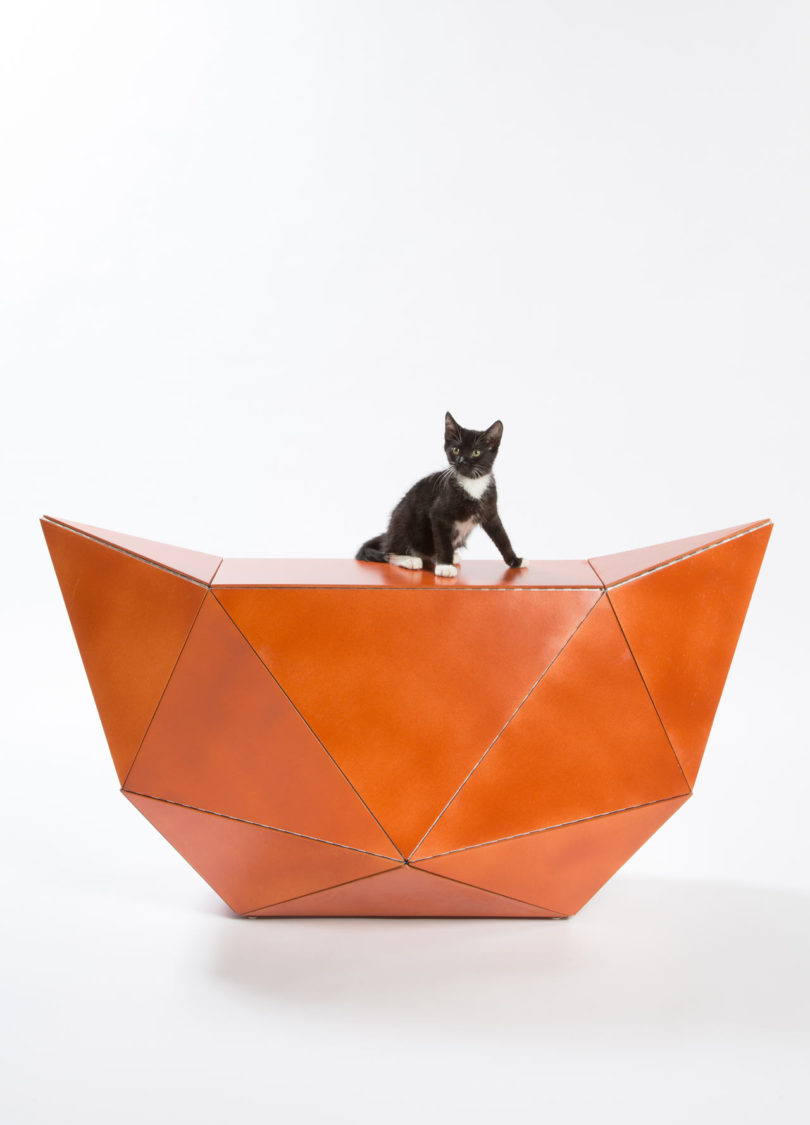 ES-EN-EM’s “Meow Miaow,” a flat plywood composition that folds into an origami-inspired faceted piece of furniture. 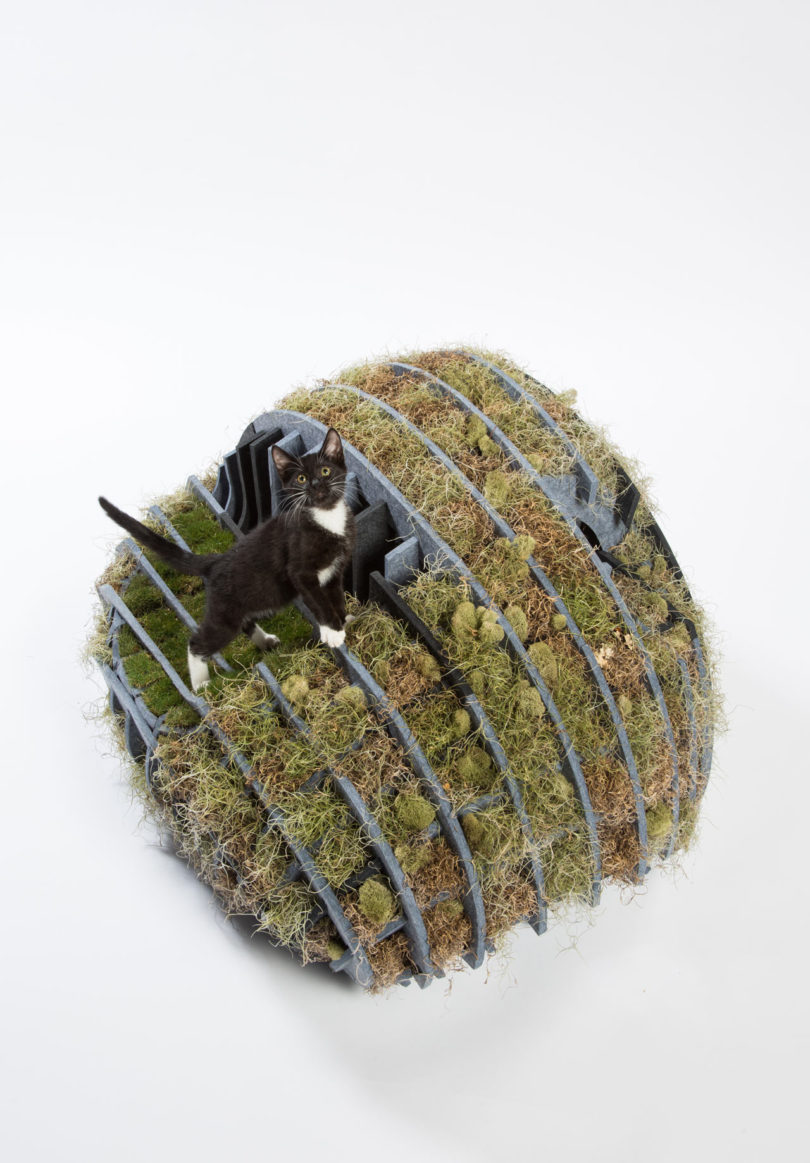 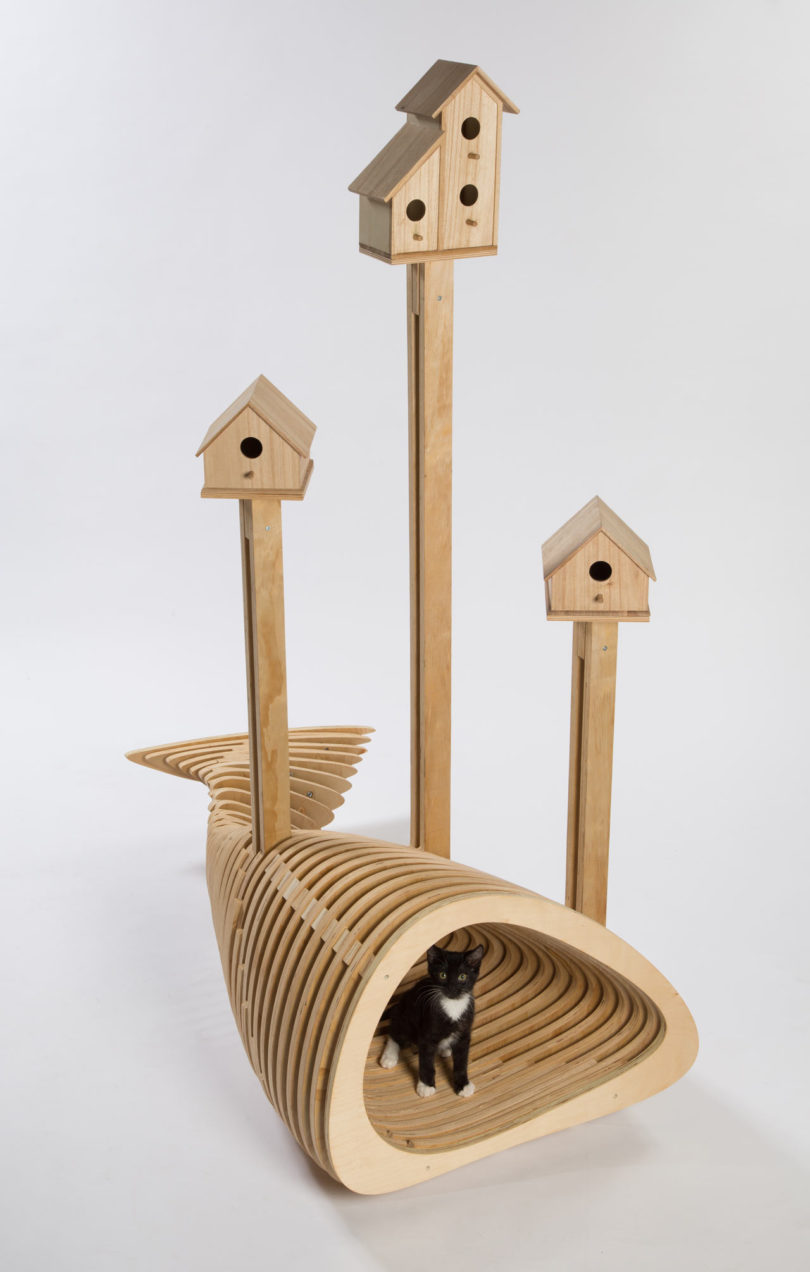 HKS’s “CAnT WE ALL GET ALONG,” a humorous composition of a fish-shaped shelter with birdhouses above. 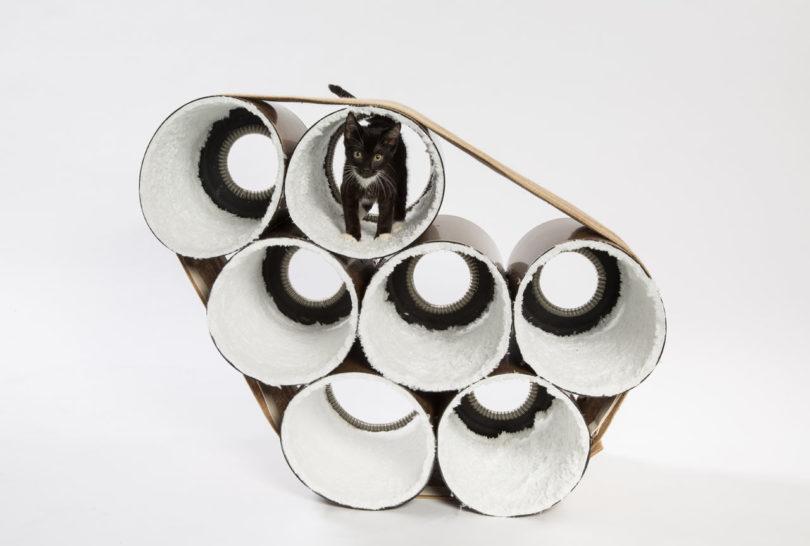 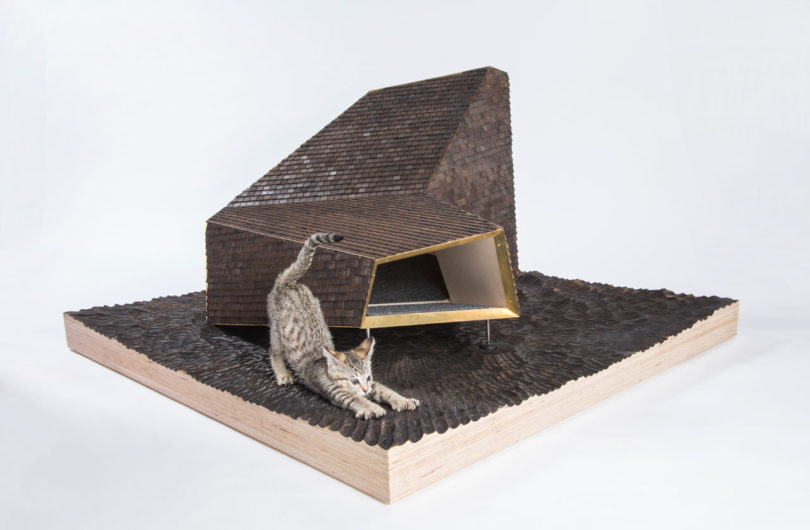 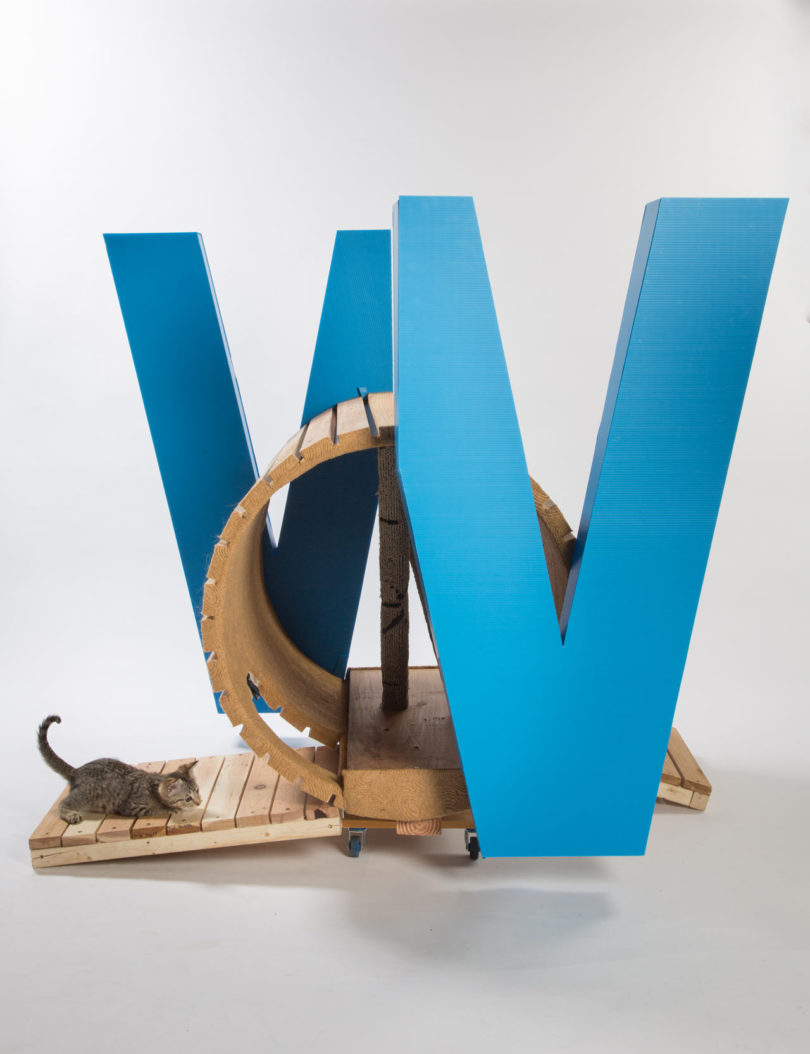 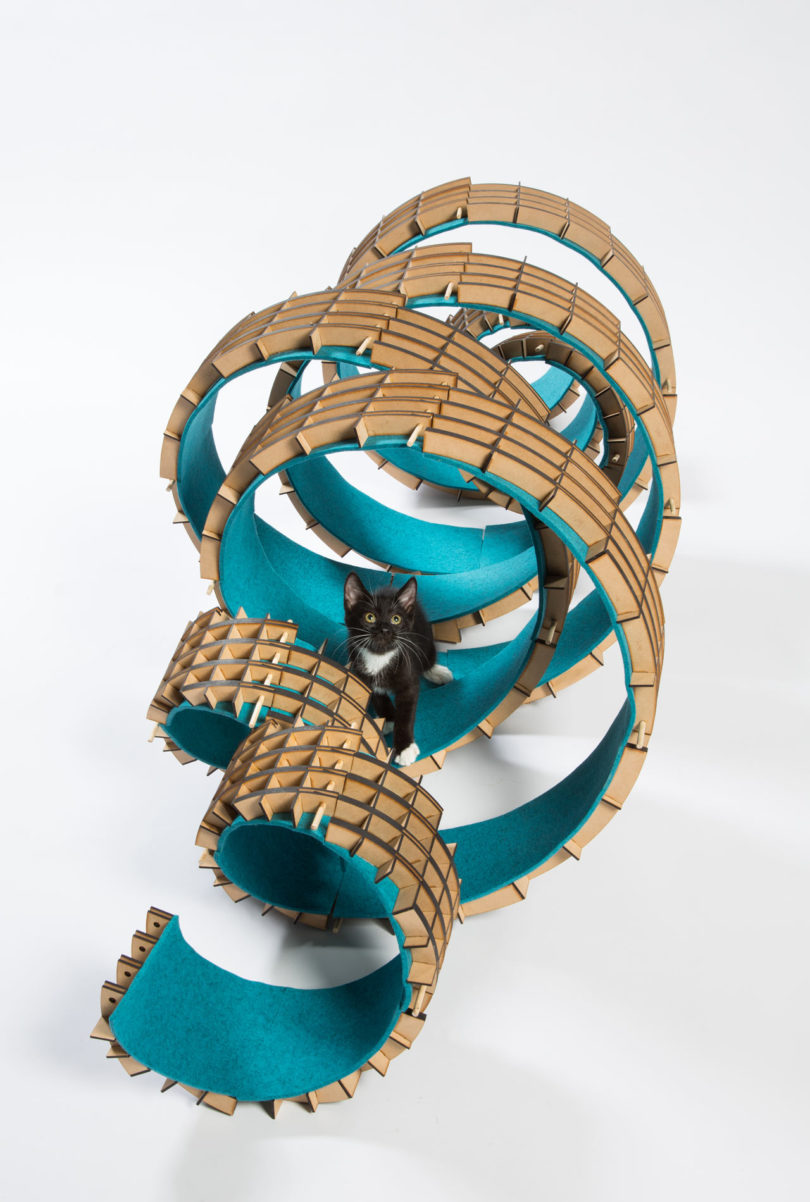 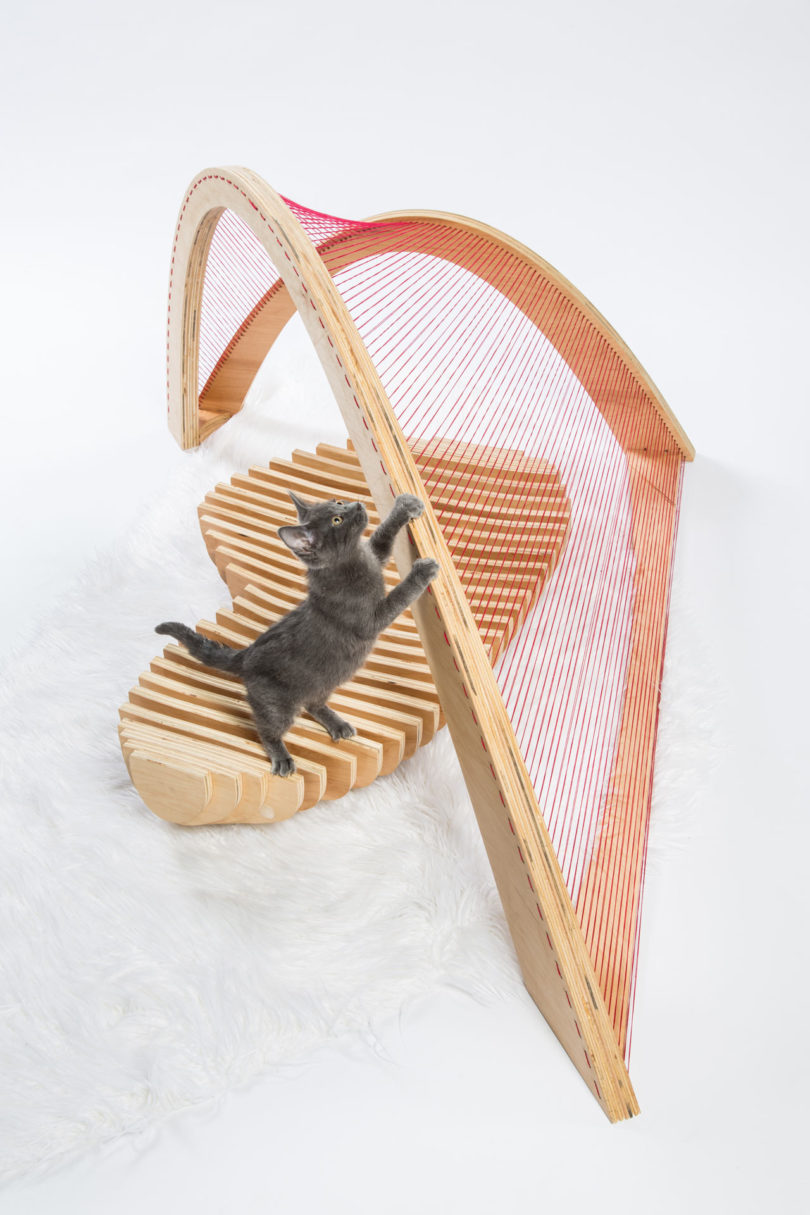 Stantec’s red-thread and slatted plywood structure, some might say reminiscent of a Calatrava work. 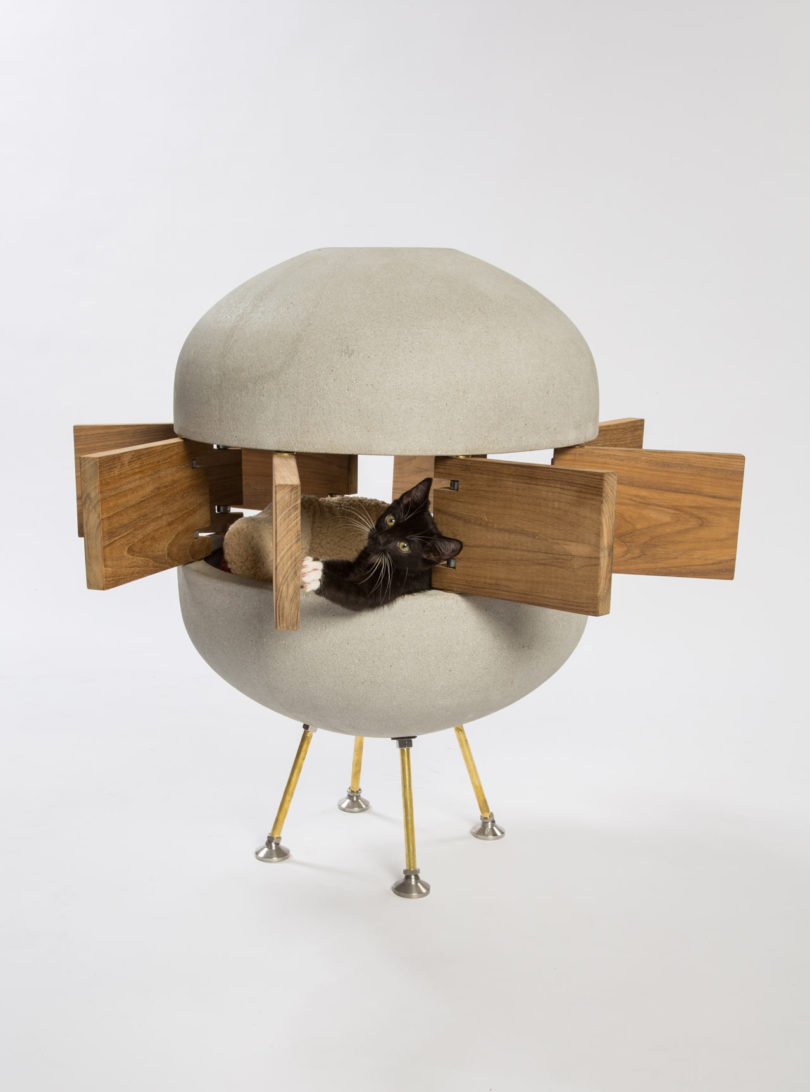 FixNation provides free TNR (trap, neuter/spay, and return) services and cat-colony management programs across the U.S. as a humane alternative to traditional control methods. “Many communities use lethal methods in an attempt to control the population of stray, abandoned, and feral cats,” stated Karn Myers, executive director and cofounder of FixNation. “Such methods are not only horribly cruel, they simply don’t work. We founded FixNation because we know TNR is the effective and compassionate alternative.” 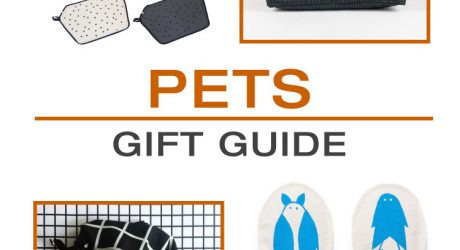 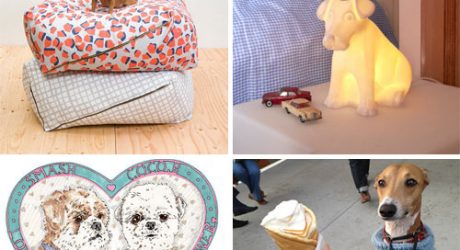 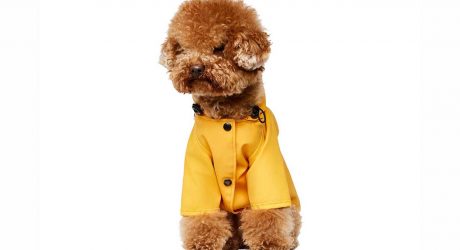 Stylish Outerwear for Dogs from The Painter’s Wife 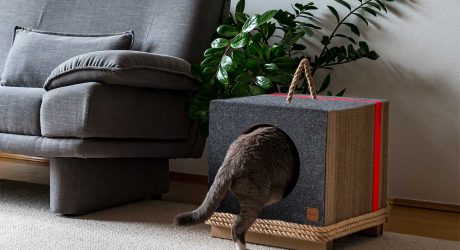 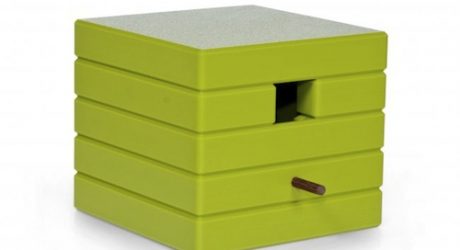 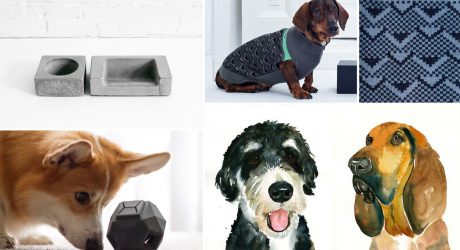 END_OF_DOCUMENT_TOKEN_TO_BE_REPLACED

With isometric paper for 3D drawings and lined paper for accompanying notes, the Isometric Notebook is designed for spatial thinkers to bring ideas to life. 64 lined and 64 isometric pages Material...
$18.00

END_OF_DOCUMENT_TOKEN_TO_BE_REPLACED 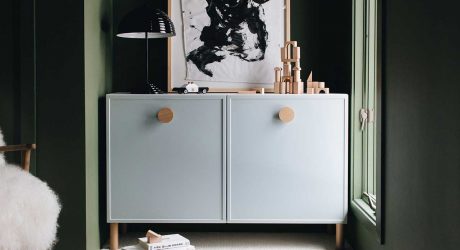 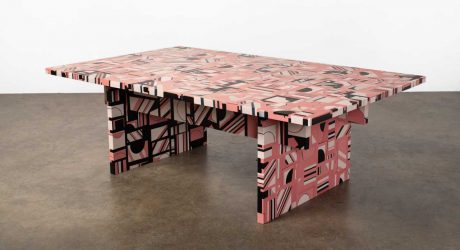 Mesmerizing resin tables and seating filled with graphic patterns and energizing colors that are bound to delight the eyes. 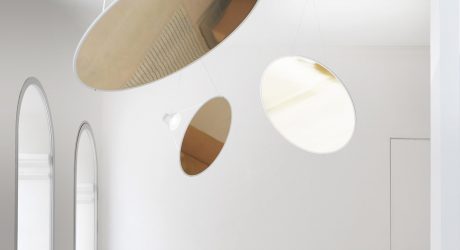 Amisol: A Large Pendant Lamp That Actually Takes up a Minimal Amount of Volume

A fixture designed by Daniel Rybakken for Luceplan balances proportion and form with a minimalist approach.