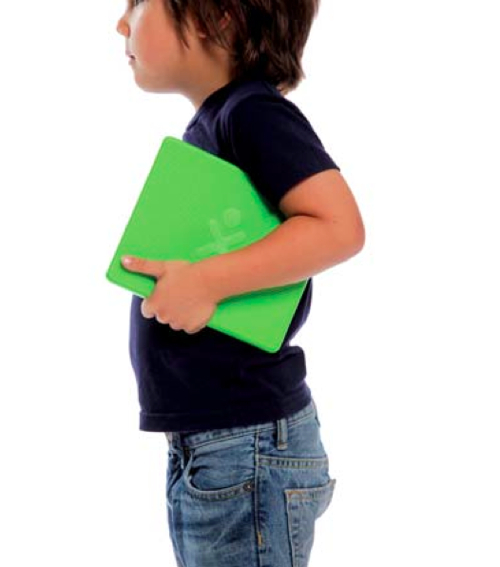 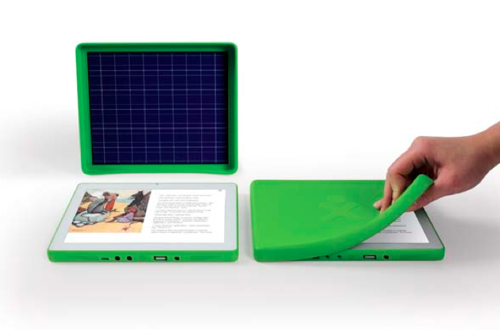 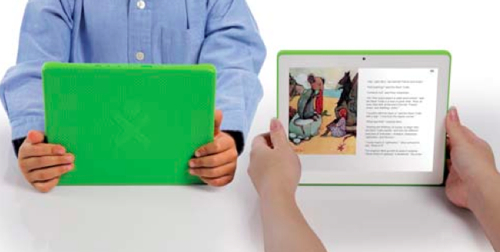 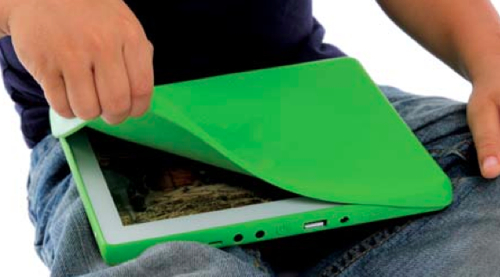 One Laptop Per Child, the non-profit organization whose mission is to help every child worldwide gain access to an up-to-date education, in conjunction with tech company Marvell, unveiled the XO 3.0 tablet at the 2012 International Consumer Electronics Show in Las Vegas. The low-cost, low-power tablet, which can be charged by solar panels, is the successor to the laptops that the charity has distributed to more than 2.4 million kids in 42 countries.

Yves Behar, the founder of design and branding firm fuseproject, is the OLPC’s Chief Designer. That the tablet is meant for children was critical to its design. A green rubber border surrounds the screen, making it easier to grip and the back surface is bumpy for extra traction. We’re guessing it helps absorb the shock too, in case little hands let it fall.