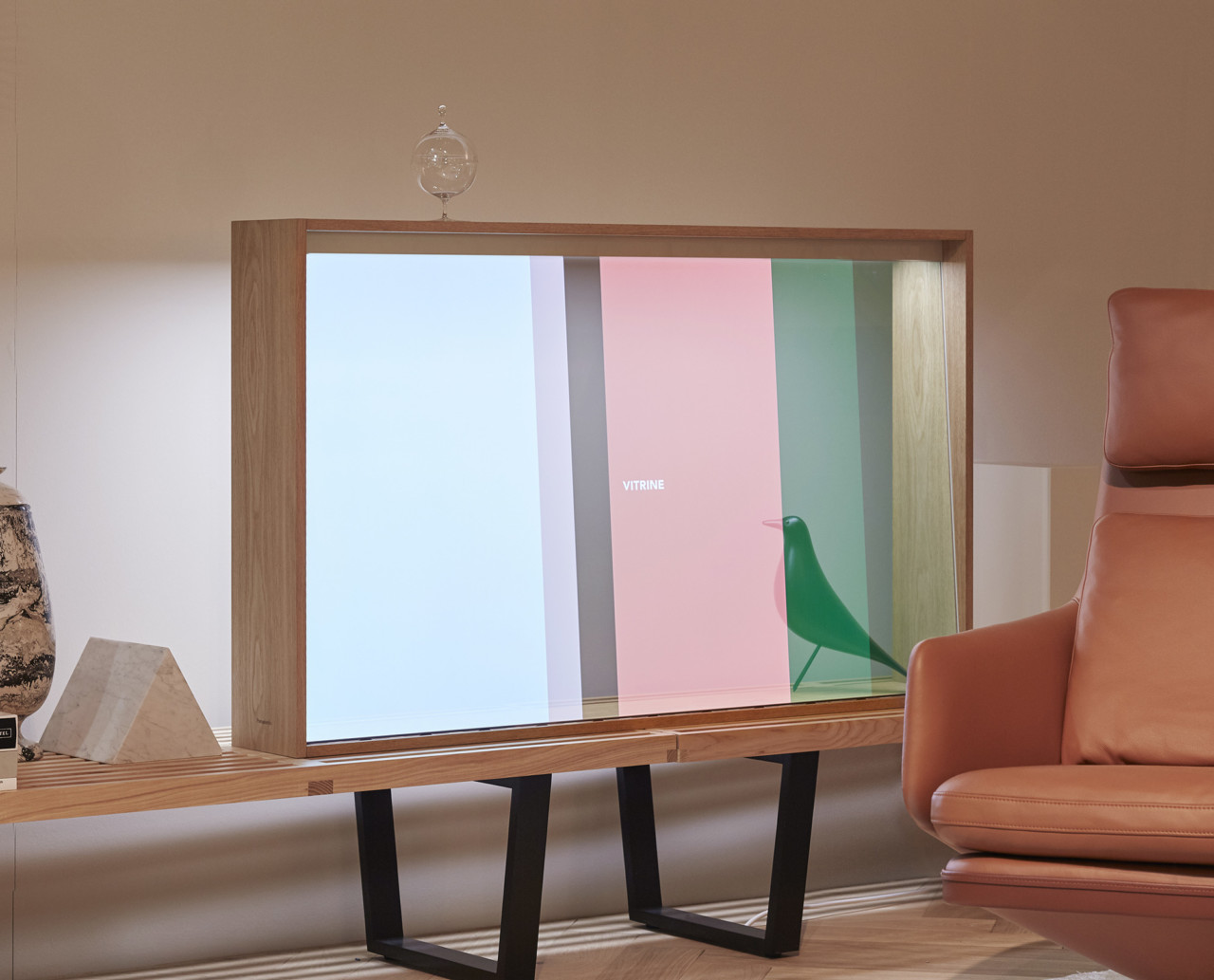 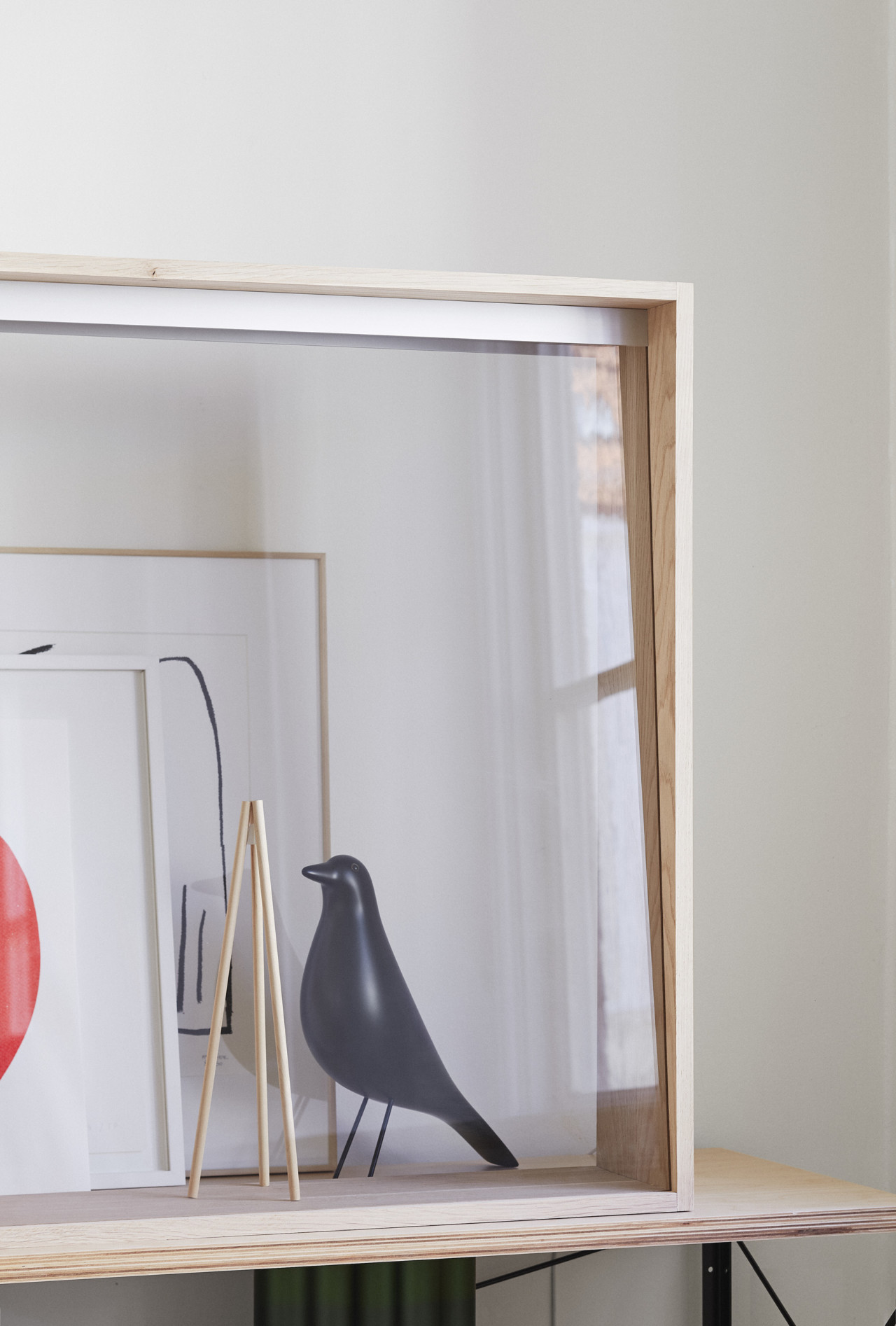 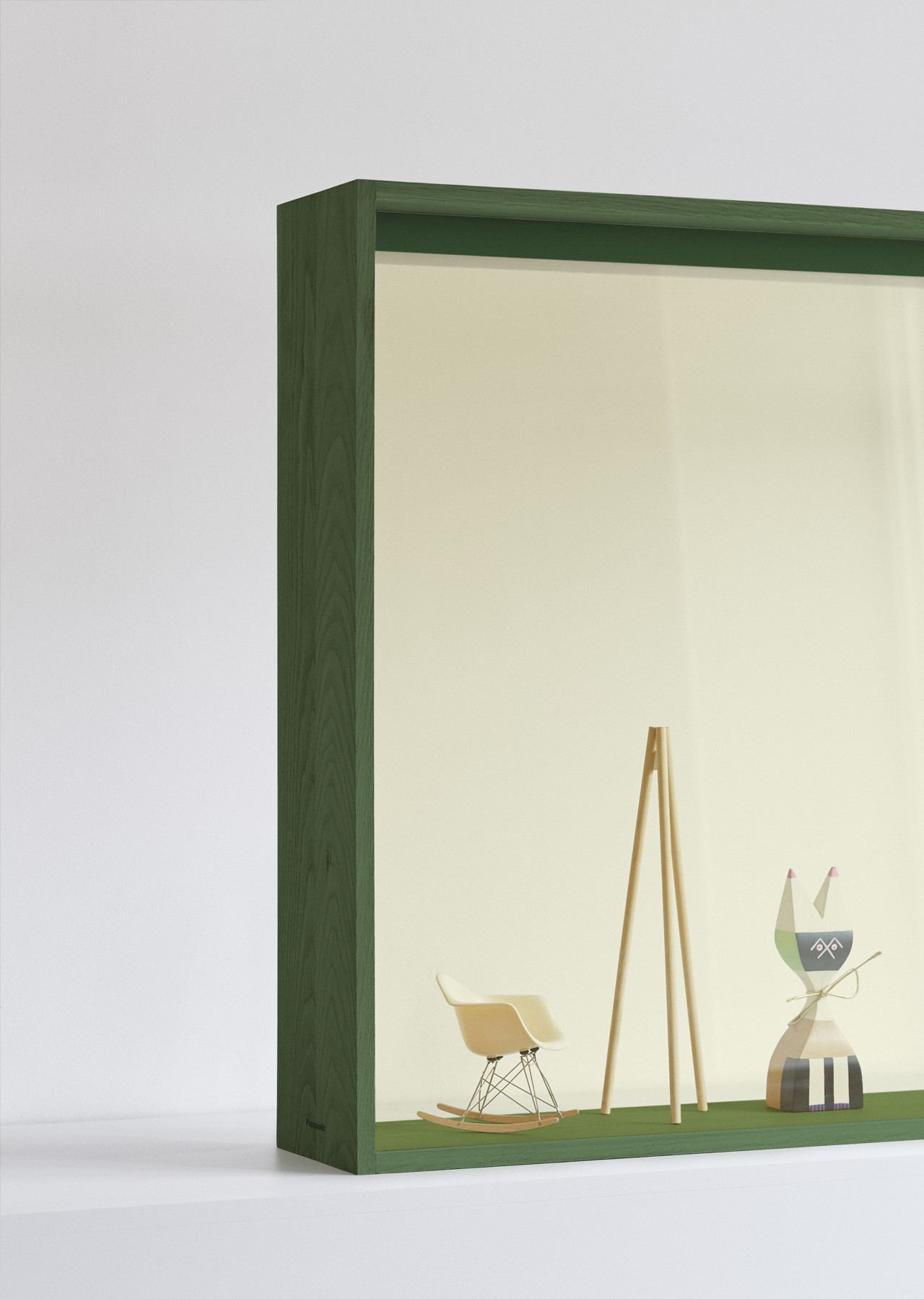 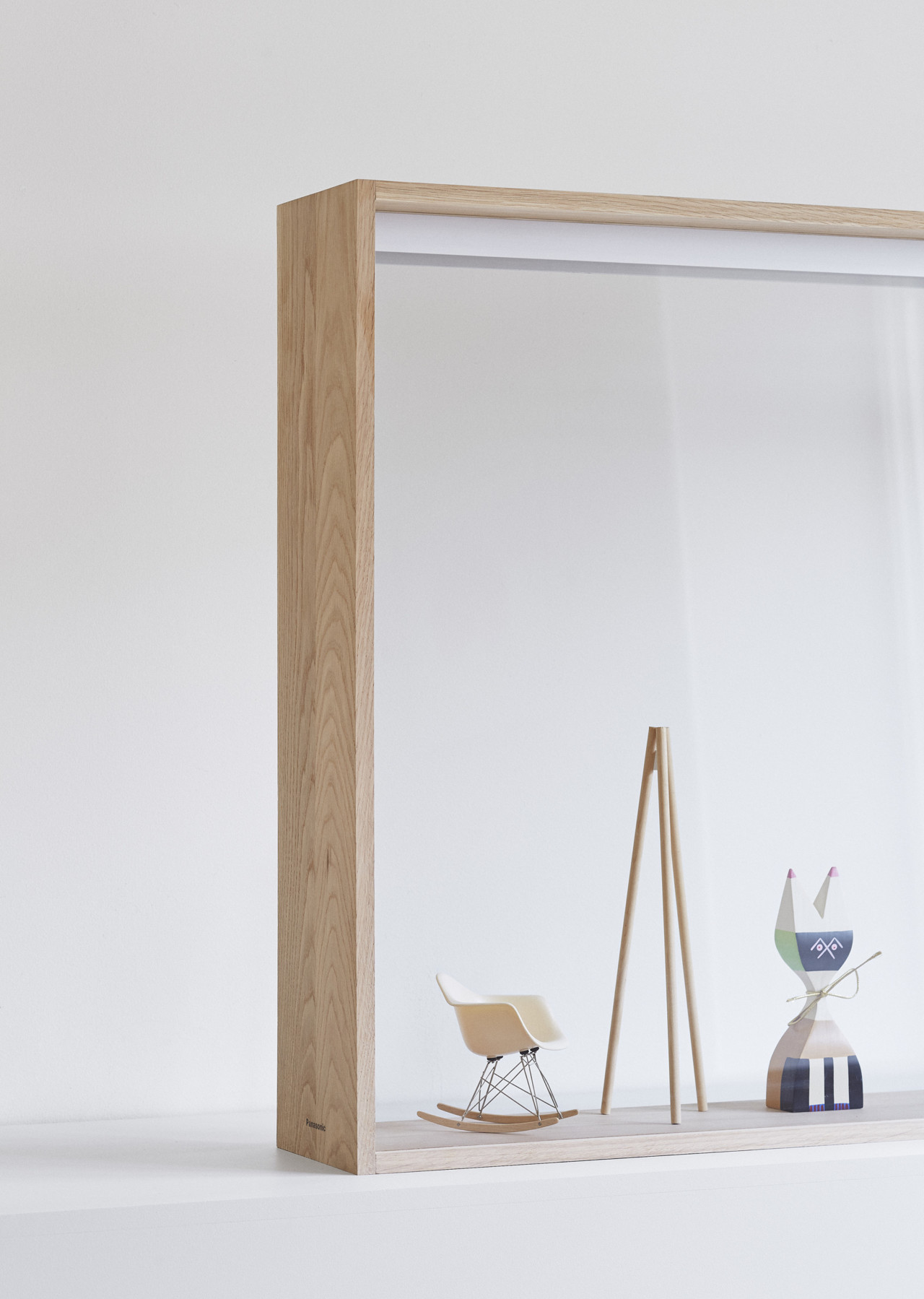 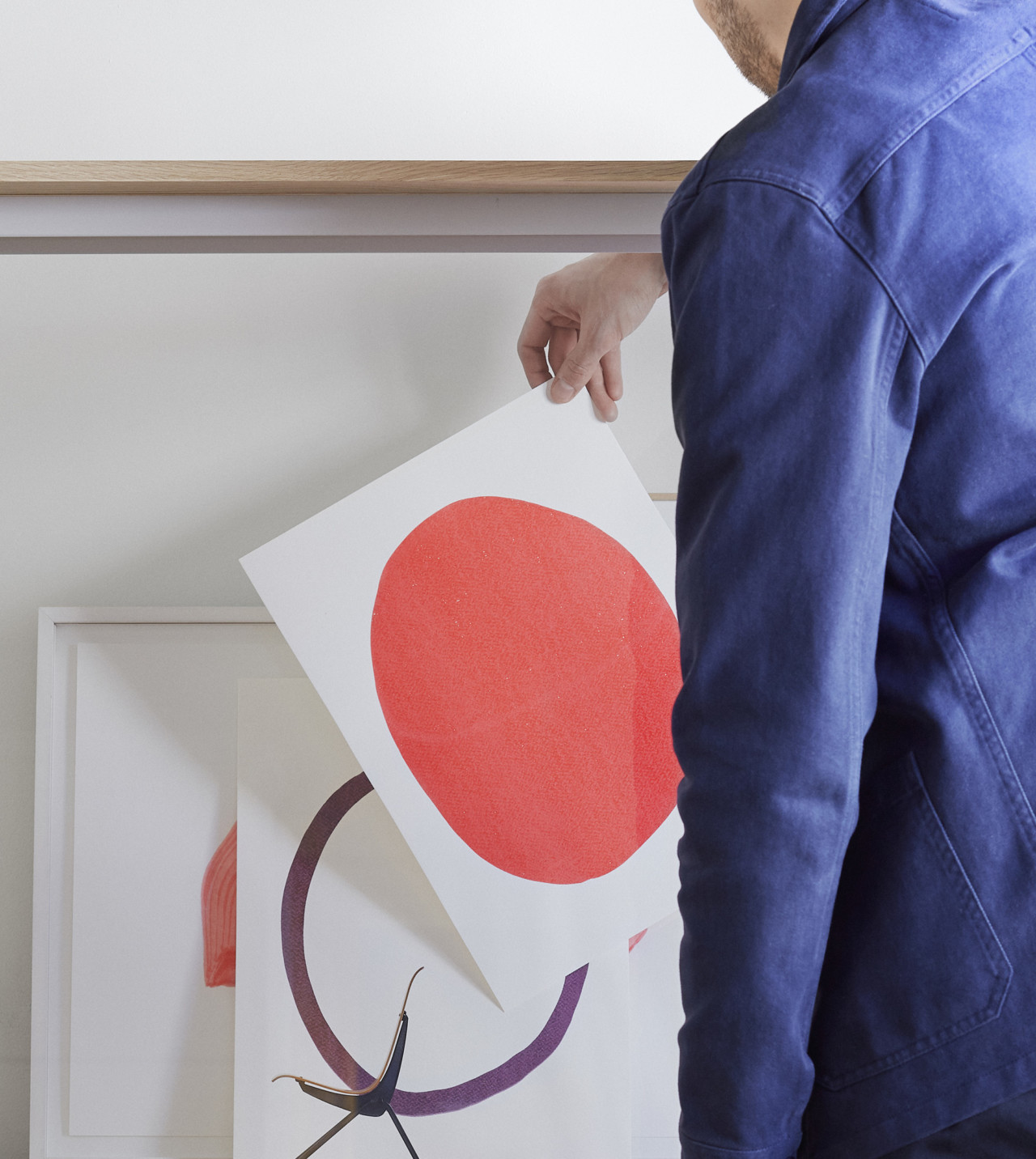 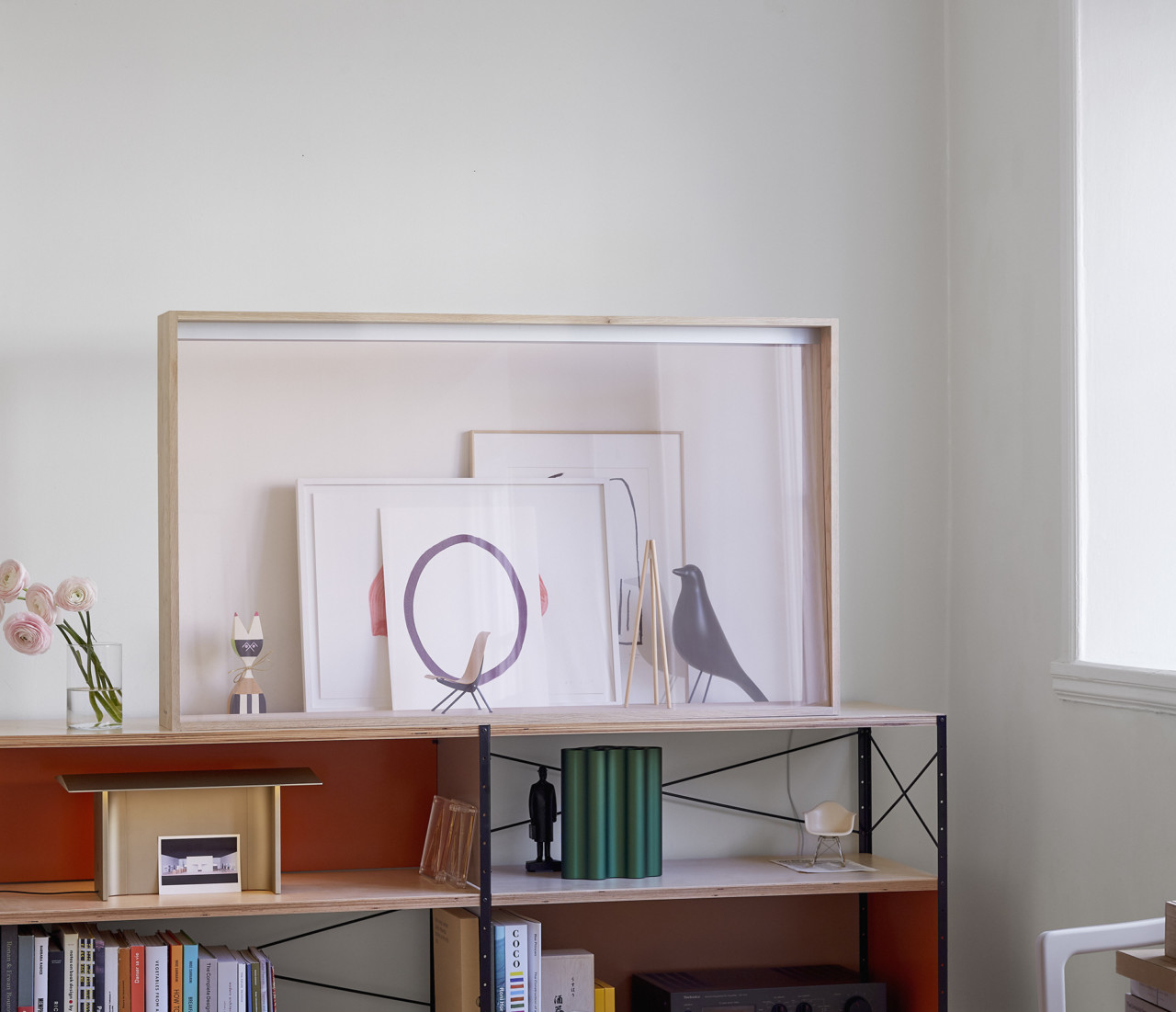 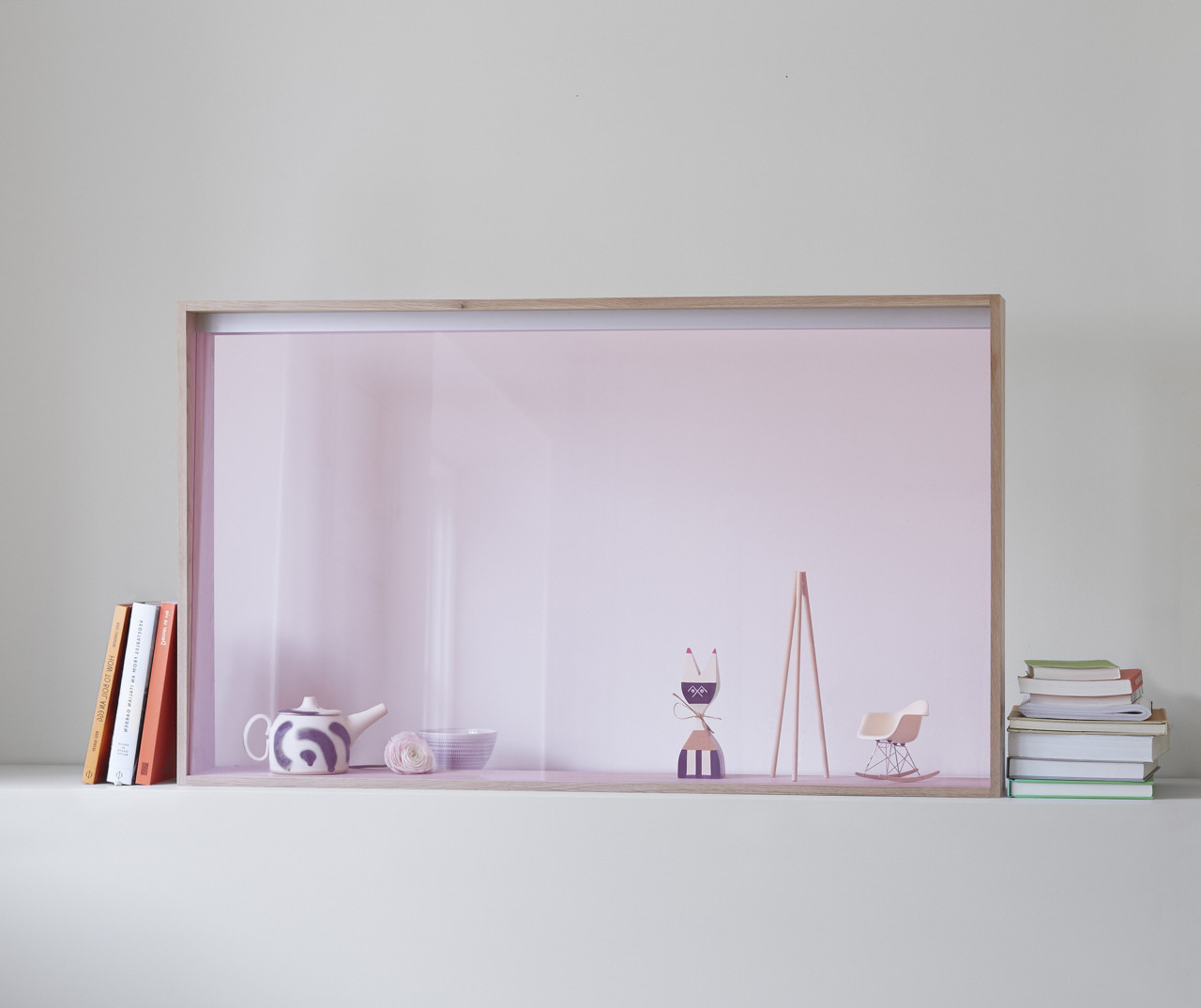 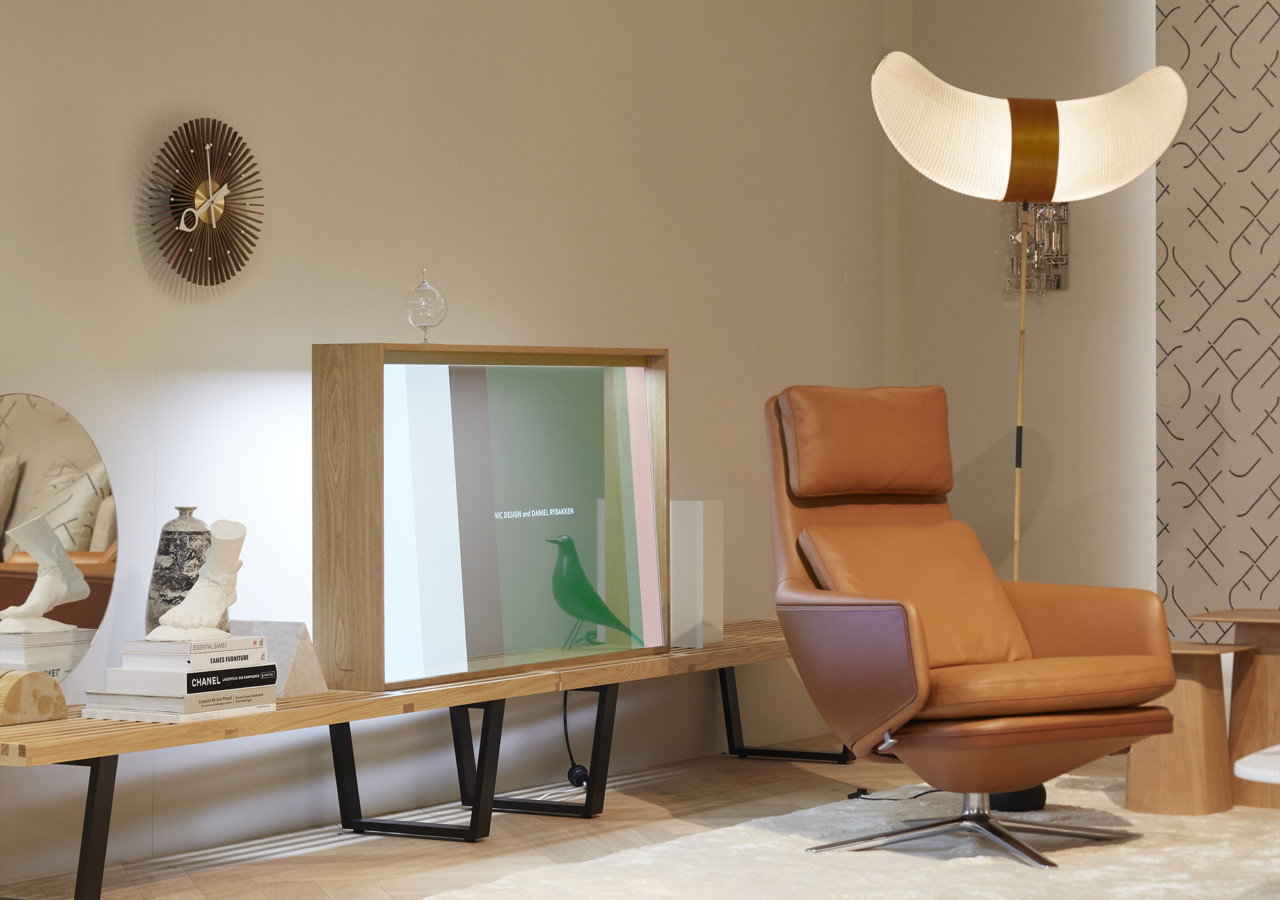 Panasonic’s numerous iterations of concept displays outfitted with OLED screens capable of magically switching between see-though transparency to vibrant televisions have been an interesting technology to watch evolve over the years. The displays have grown larger, the contrast between transparency and vibrancy have noticeably improved. Perhaps noting the growth in consumer demand for decor-friendly technologies intended to coordinate holistically within modern homes, Panasonic used Salone del Mobile to announce a partnership with Swiss furniture brand Vitra. The fruits of their labor is the Vitrine, an OLED concept designed to seamlessly blend into living spaces. 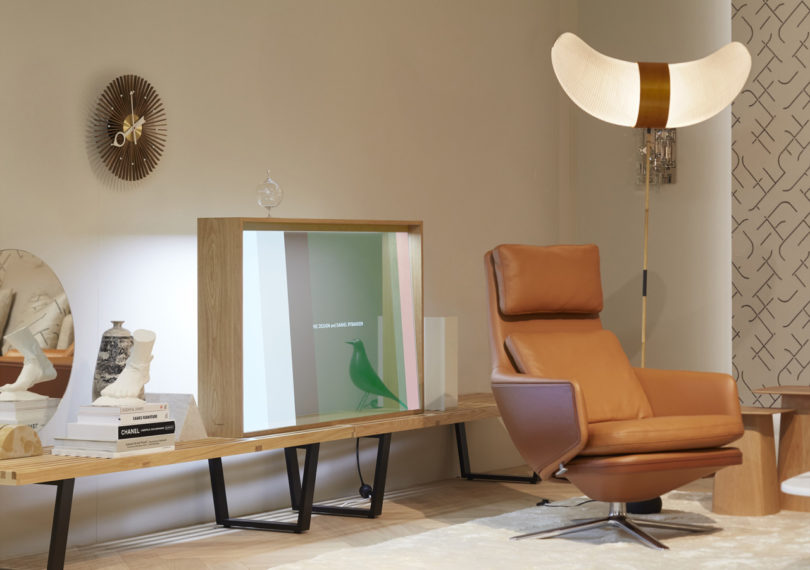 Designed by Red Dot Award winning Scandinavian designer Daniel Rybakken, the Vitrine is a curious example of technology operating concurrently as a piece of furniture. It’s certainly more substantial in size than any typical modern flat screen television, reminiscent of once popular mid-century shadow box mirrors. There’s a practical reason for the size of the Vitrine’s surrounding wooden frame: without a fully transparent screen and no back side to speak of, all of the display’s technological components had to be concealed somewhere. Panasonic ingeniously found a way to stuff everything required to create a television display into the surrounding frame. 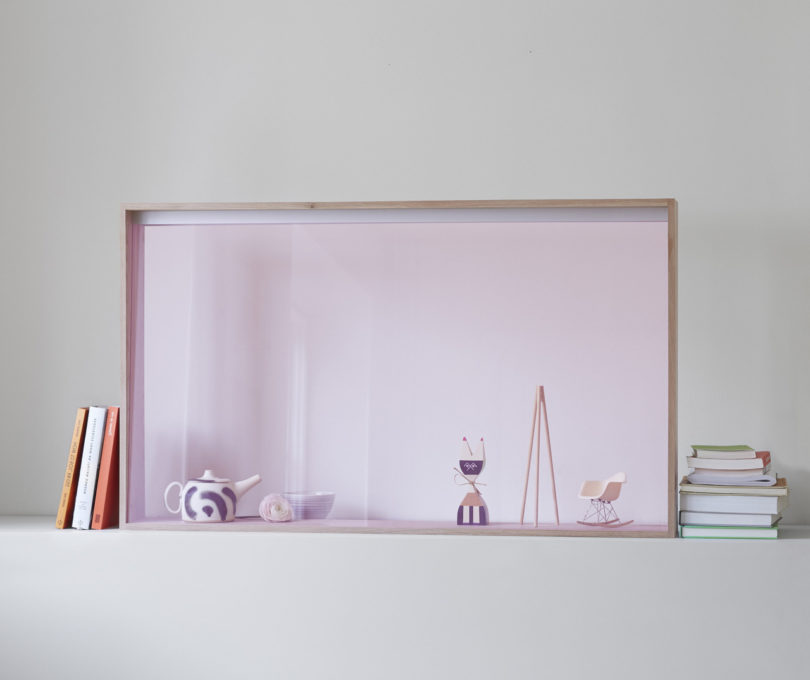 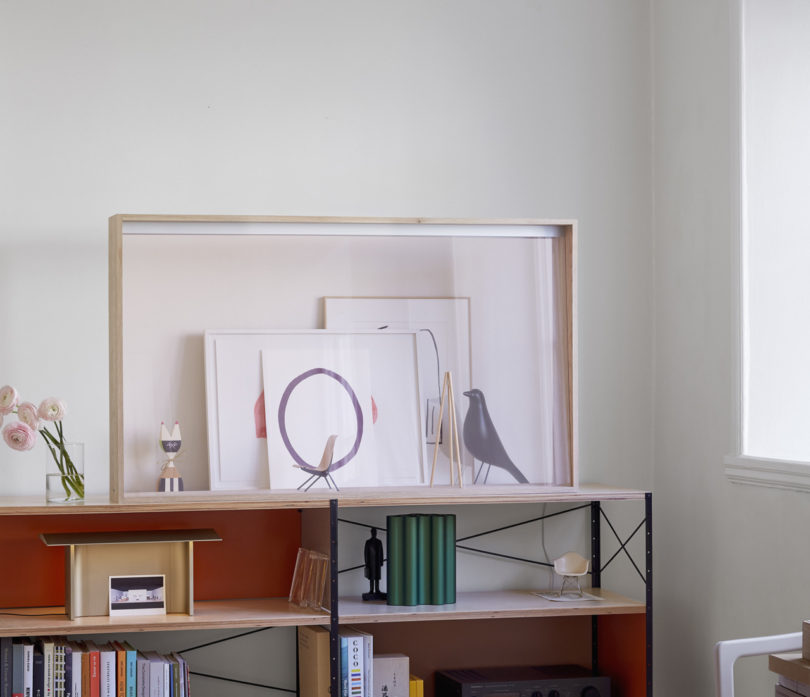 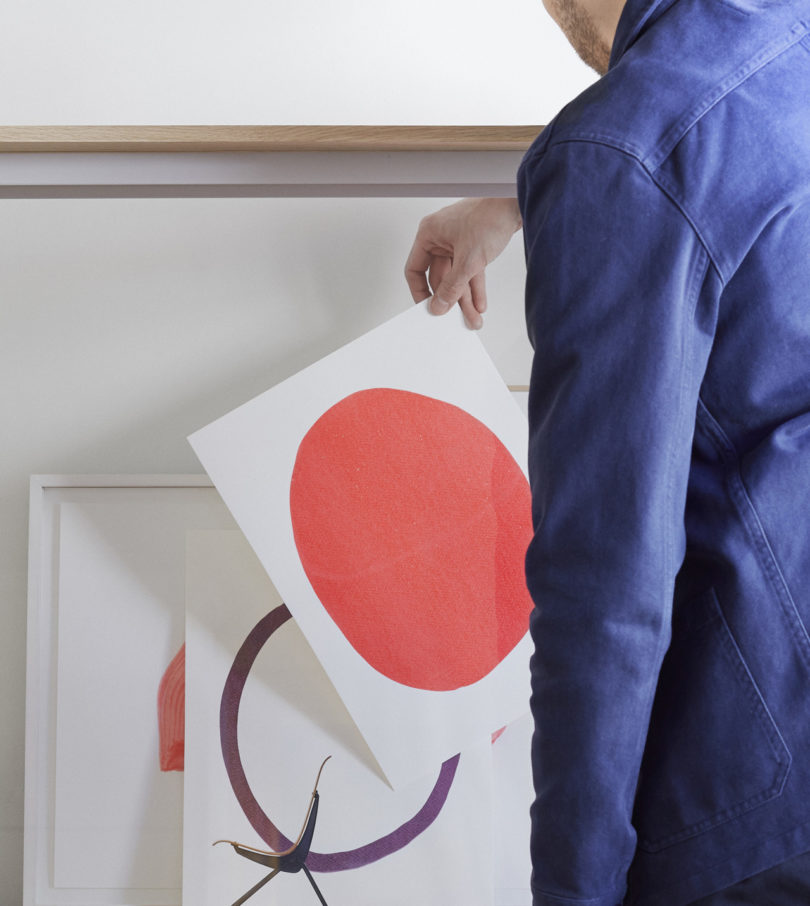 The model carefully balances between art and design. As a screen it no longer dictates its placement, nor its role in the living space. The dominating large black surface is instead transformed into something that can highlight what’s behind, what’s displayed or nothing at all. 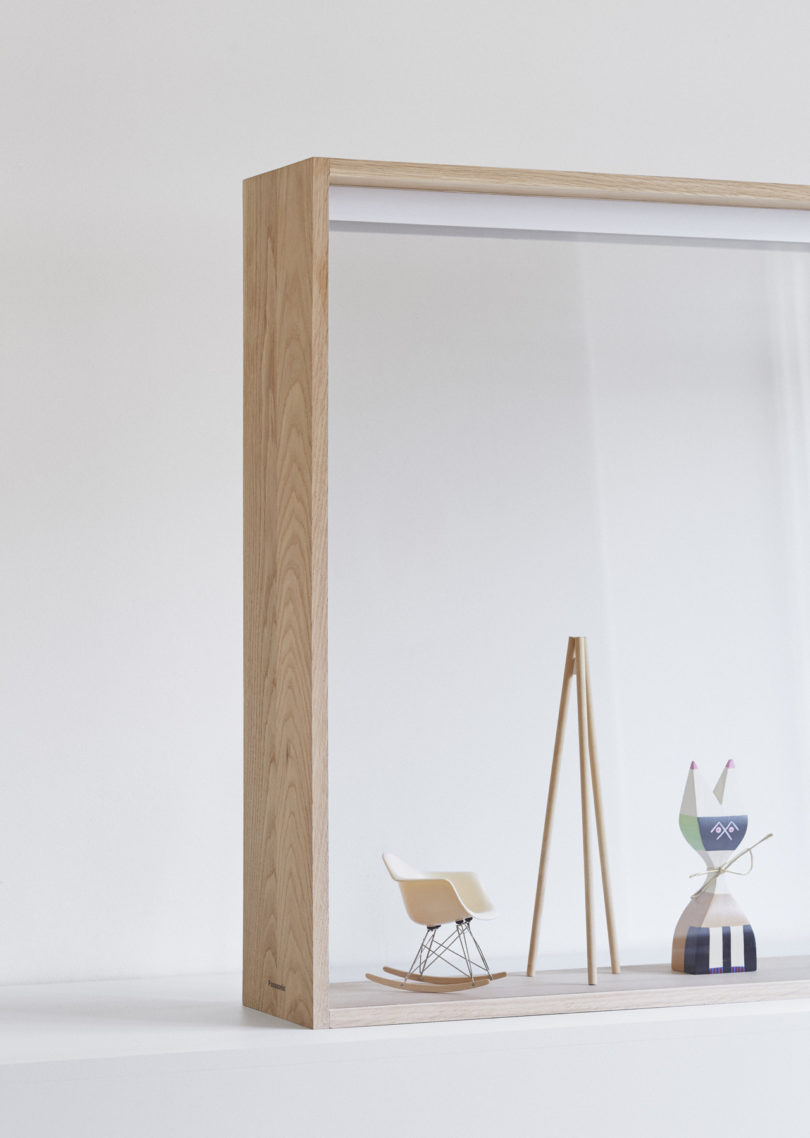 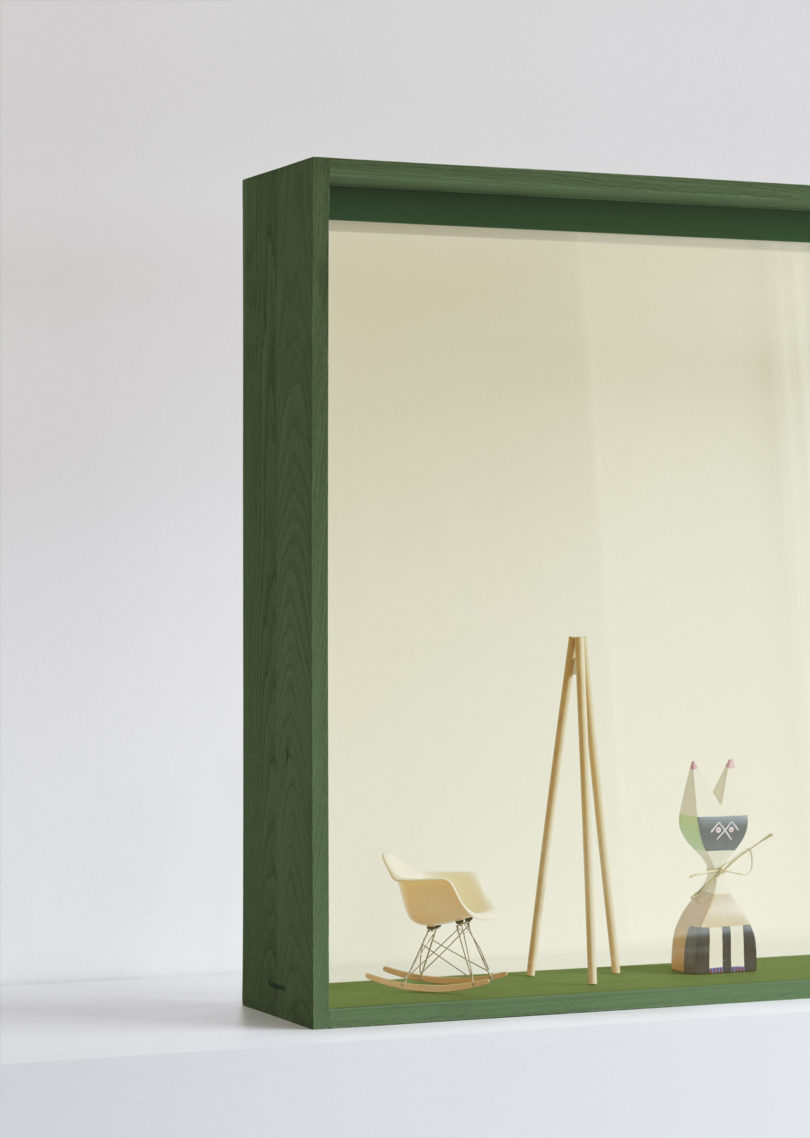 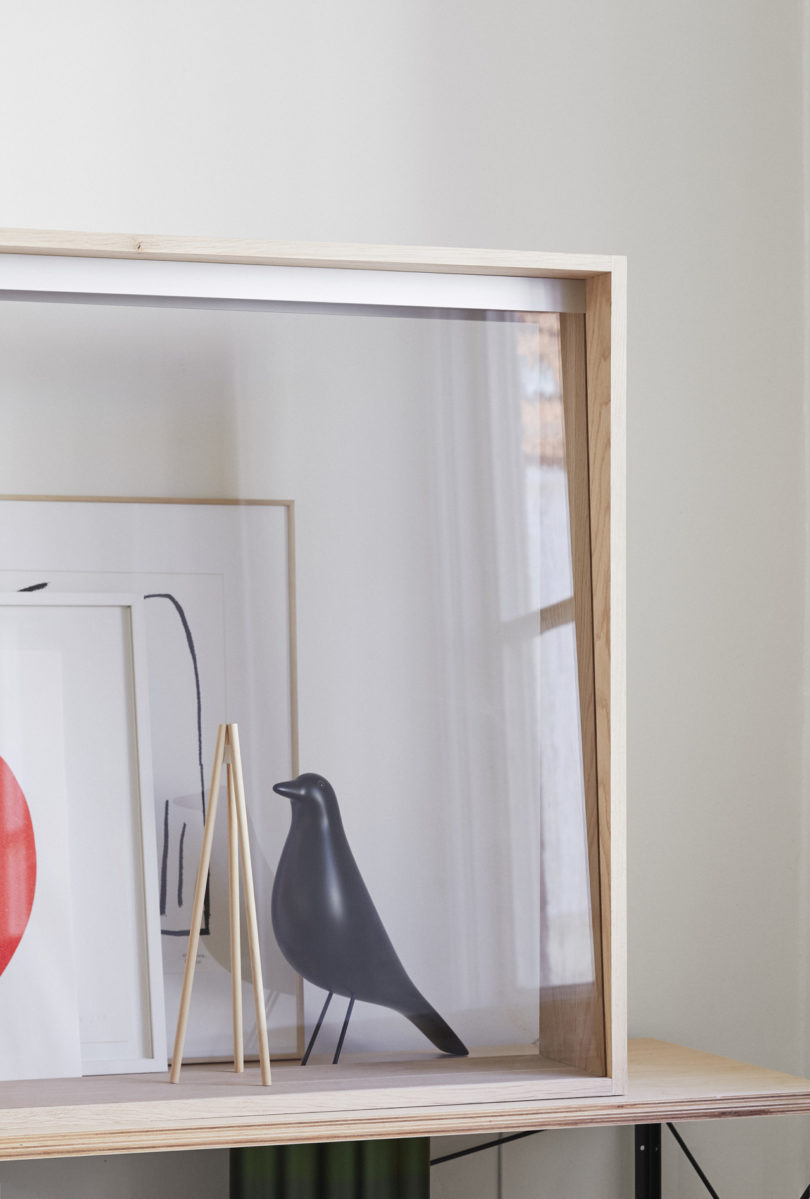 Panasonic isn’t yet committed to making the Vitrine a fully commercial effort for now, likely displaying the prototype at both Salone del Mobile and later in Tokyo in their own show space thru April, to gauge interest for a future generation of displays.