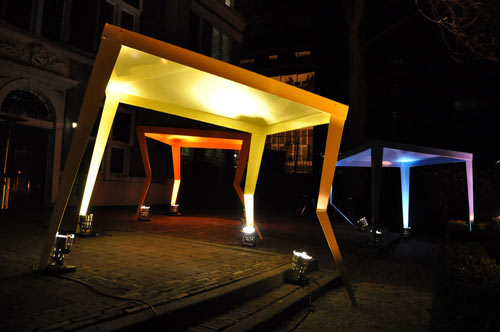 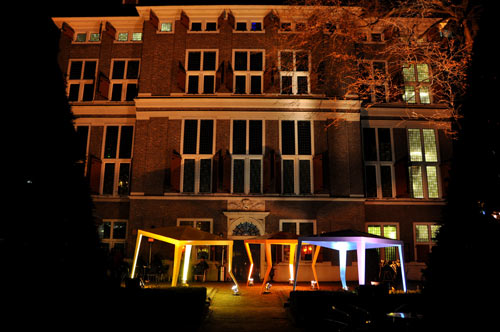 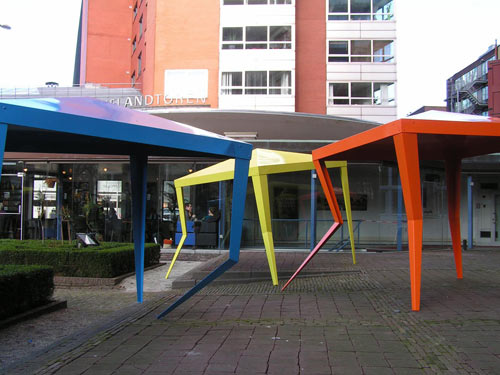 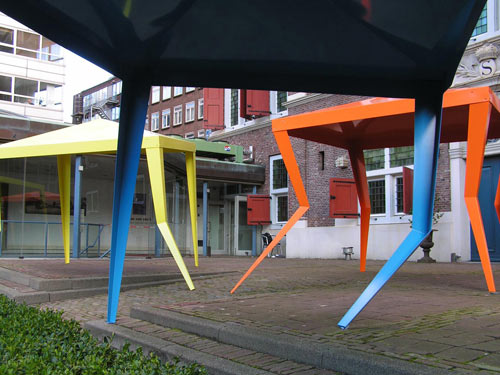 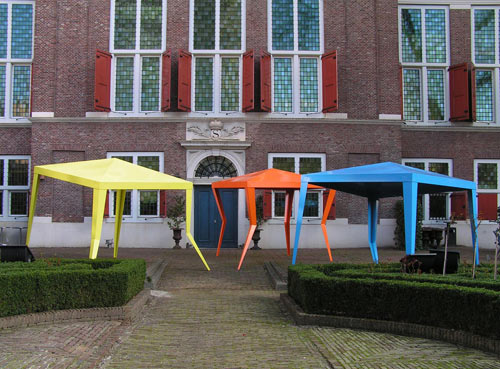 The party is over and a party tent, with partially tilted legs, has been left behind. This exact image is captured and stylized in Party, a series of objects made out of steel. Something that was once fragile has now become solid. By stylizing and adding bright colors a new form is created, while the origins remain visible.

Party is a personal translation by Rotganzen, it represents the ambivalence that appears at typically Dutch backyard parties. On the one hand there is joy and festivity, on the other superficiality and emptiness.