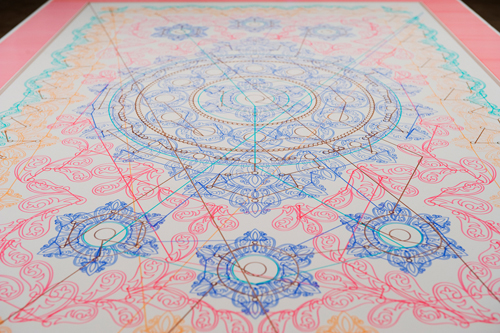 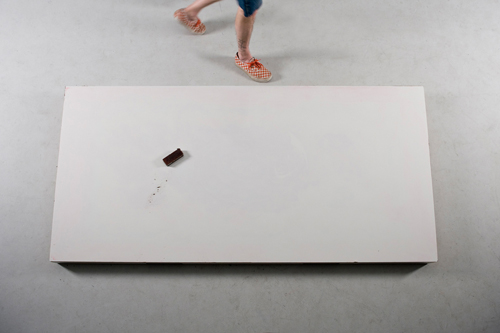 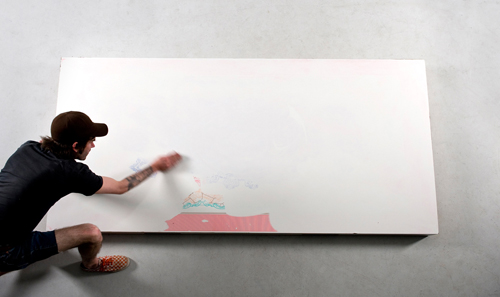 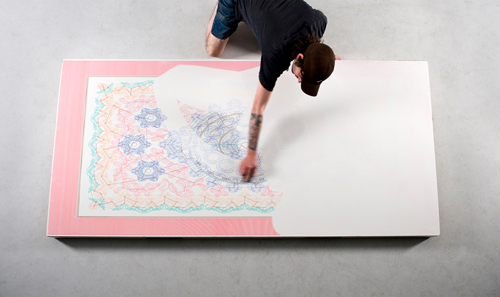 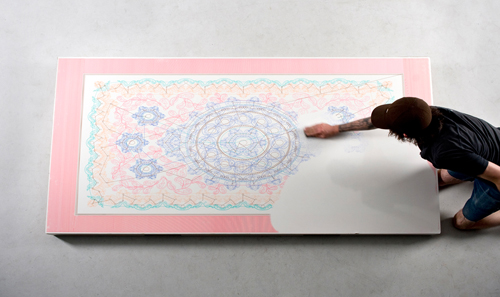 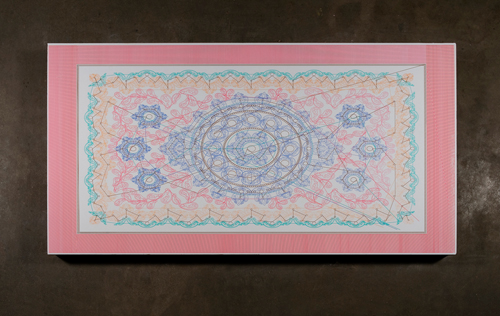 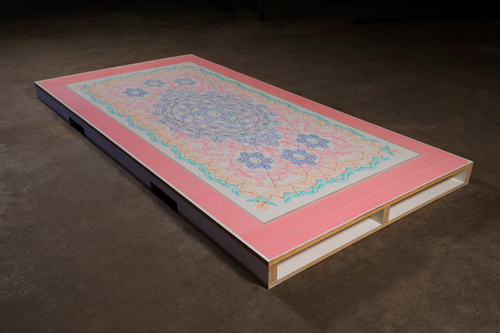 Chris Held is a visual artist, and co-creator of the new American design house, Von Tundra. His work often combines contemporary, as well as historic, design symbolism with industrial furniture, such as shipping crates, pallets, and scaffolding. In doing so, Held positions his objects in the narrow margin between excessive frill and brute utility. The resulting works re-install craft as a vital component of the everyday that stretches beyond the built world into all aspects of daily practice. This piece, called Persian Pallet, is a piece that he created with Andrew Vomhof using dry erase marker on whiteboard pallet.

This reminds me of a few things. First, sand mandalas where monks painstakingly create elaborate mandalas from sand, which are supposed to represent the transitory nature of life; second, a passage in the book Lullaby

by Chuck Palahniuk, in which the character builds an elaborate model home only to smash it to pieces; and third, the cliche “it’s all about the journey.”