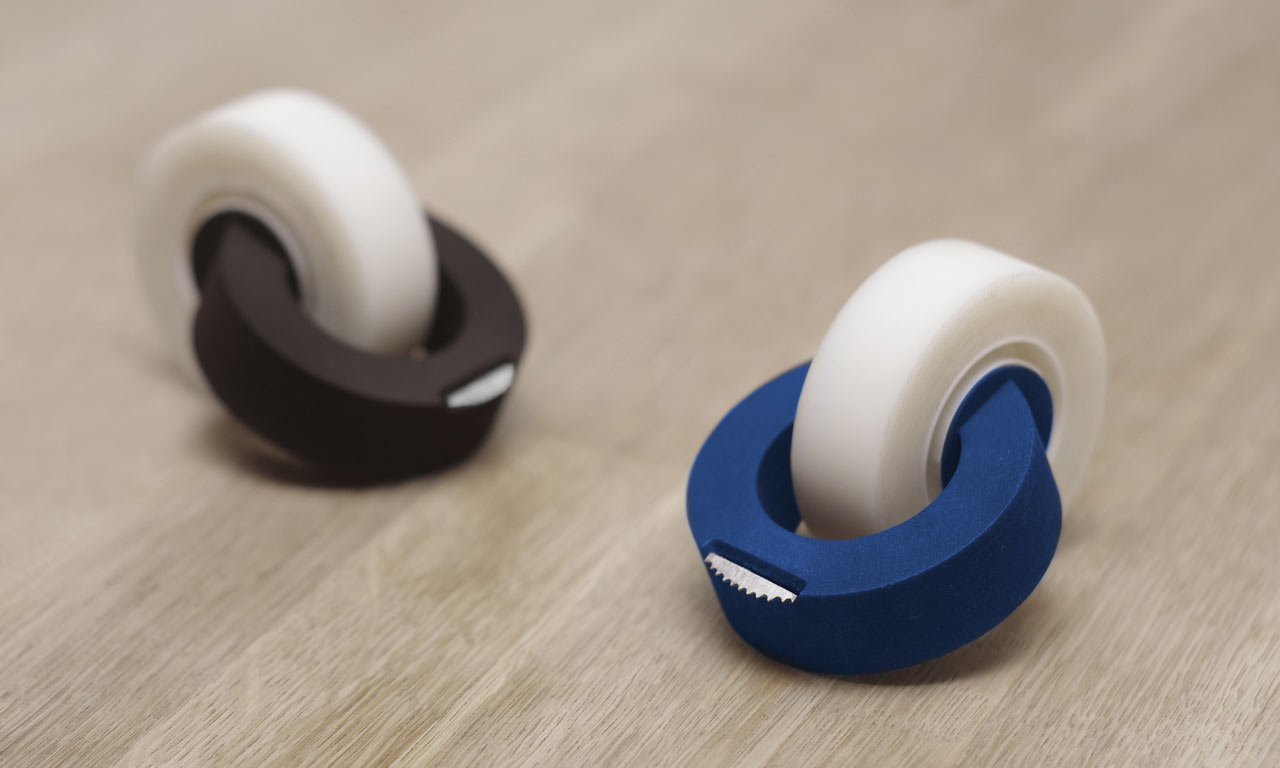 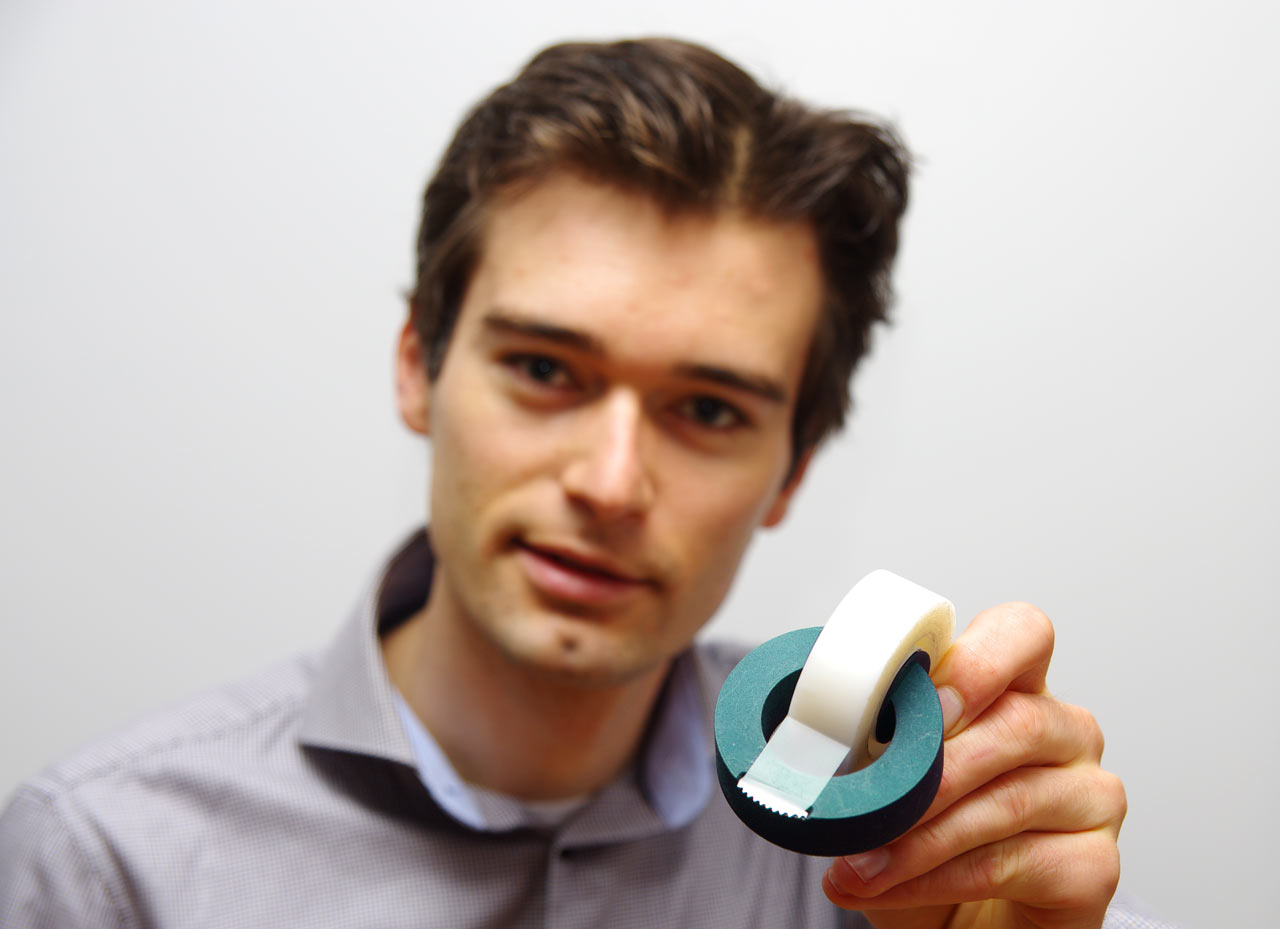 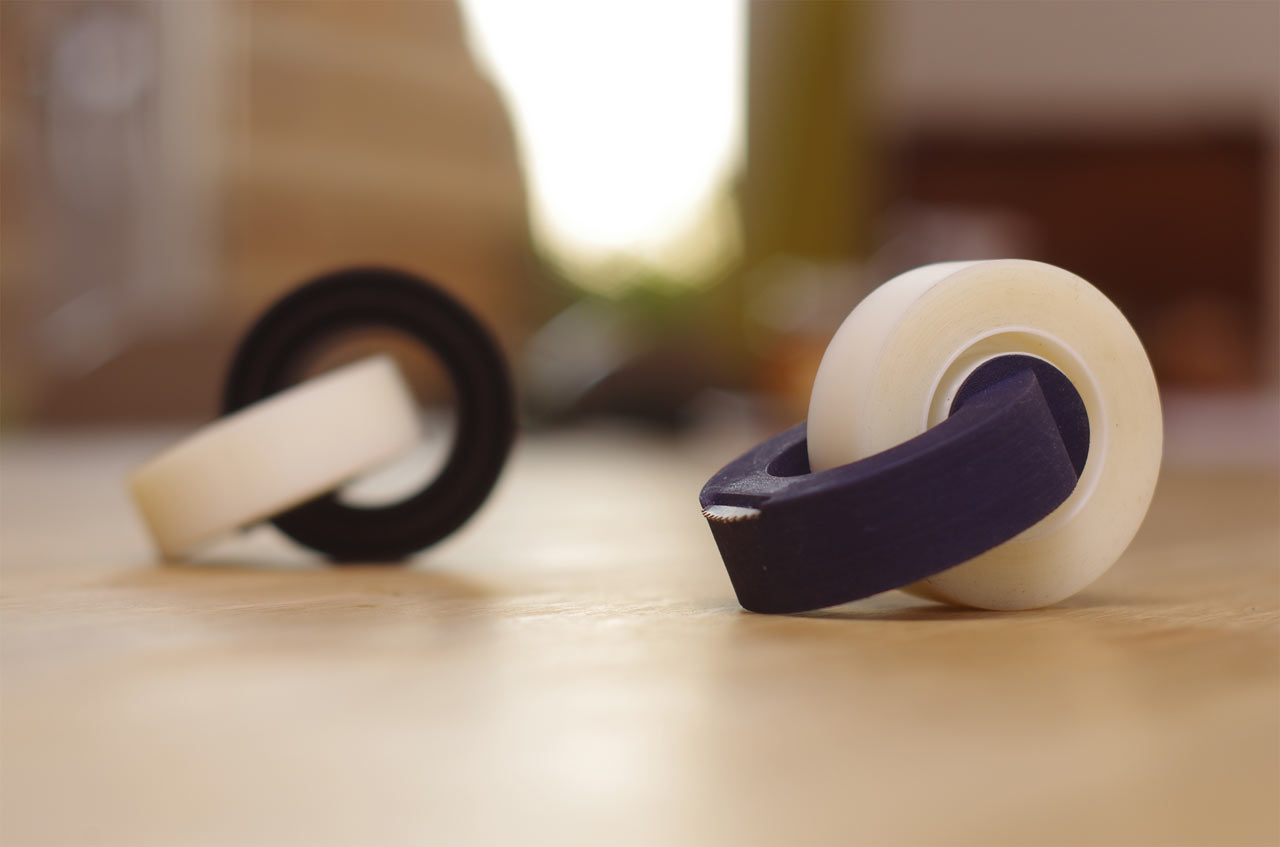 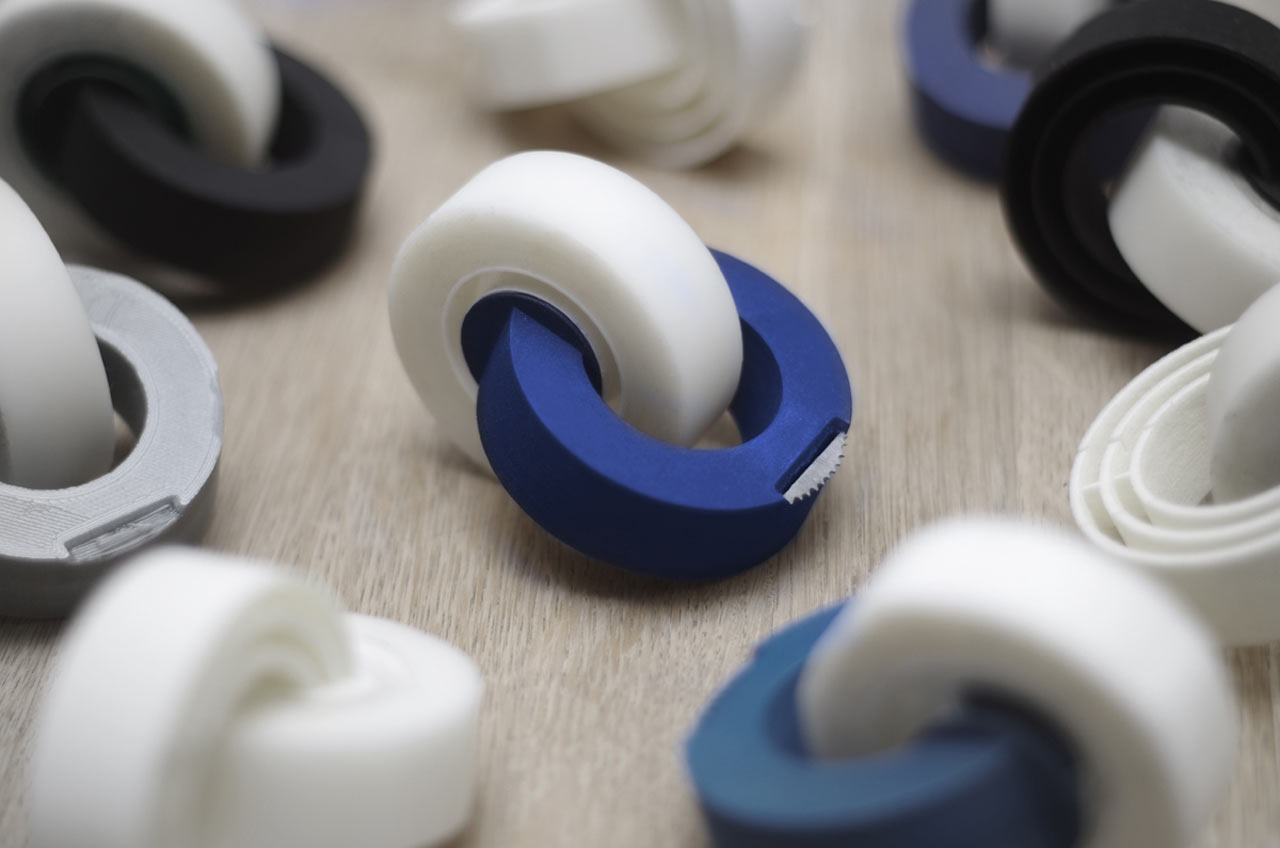 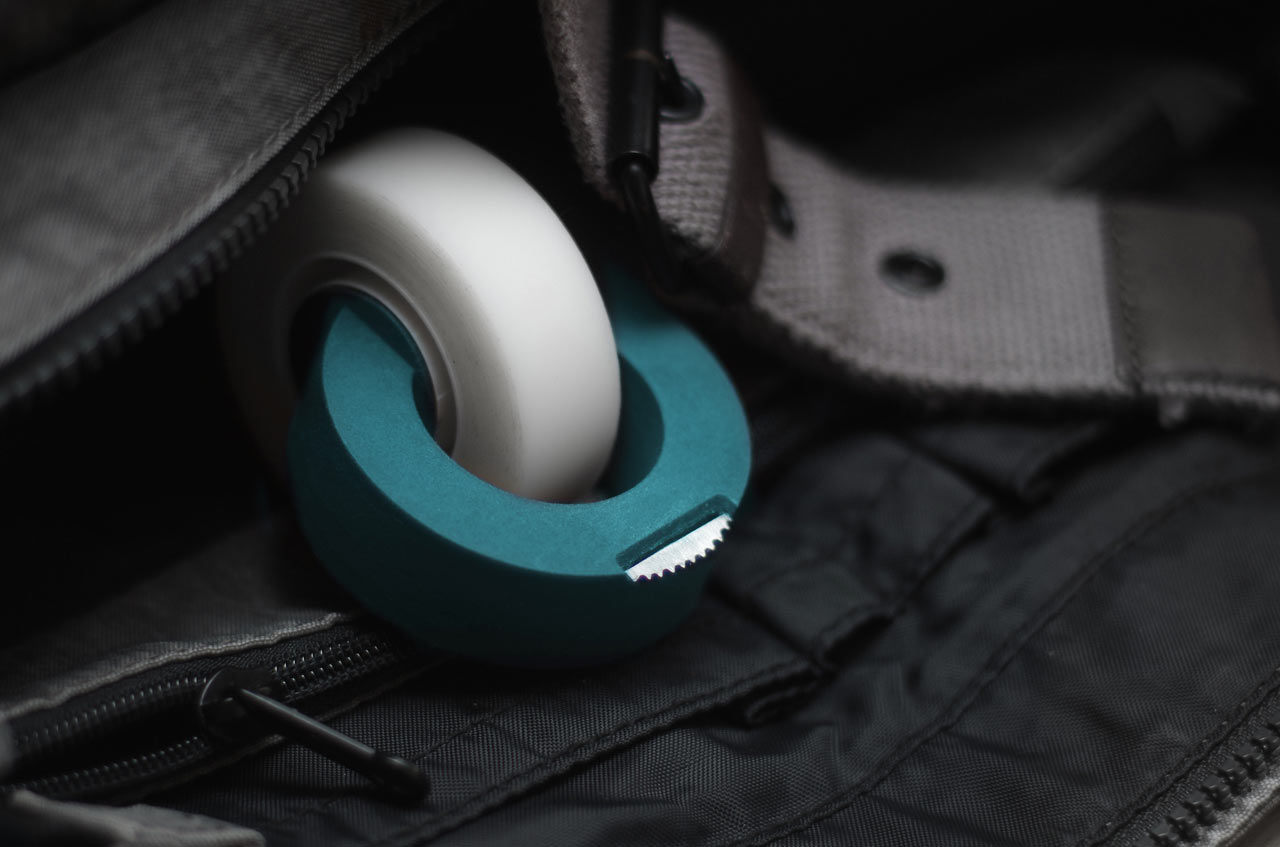 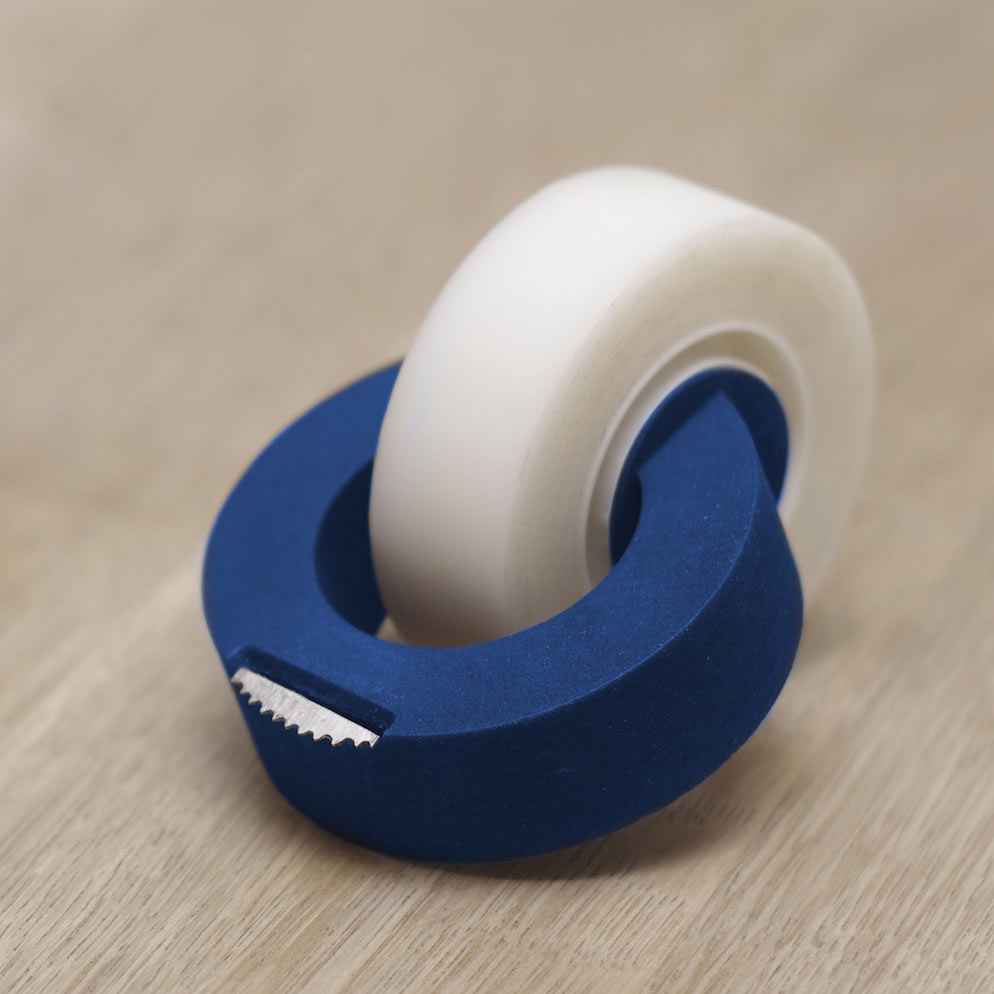 Oftentimes tape dispensers are clunky and take up tons of space, so Dutch designer Derk Reilink decided to redesign the traditional tape dispenser and create a minimalist one that was based on the dimensions of a single roll of tape. The result is ClickTape. 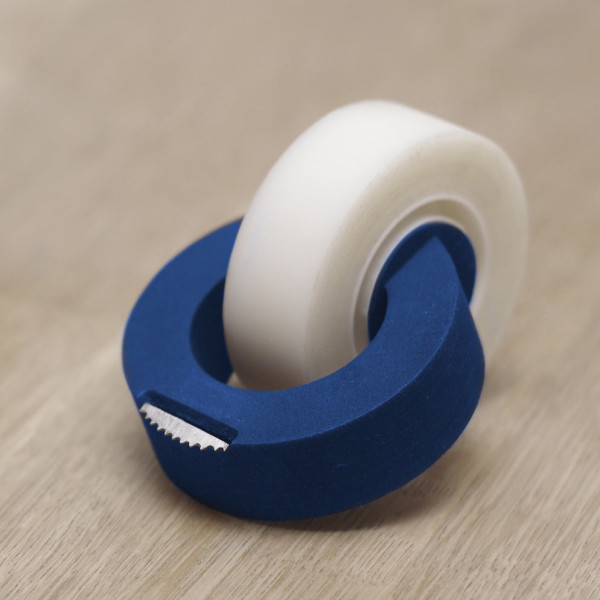 The now portable device is easy to swap out rolls when it’s time for a fresh one. It almost looks like two rolls of tape looped together, doesn’t it? 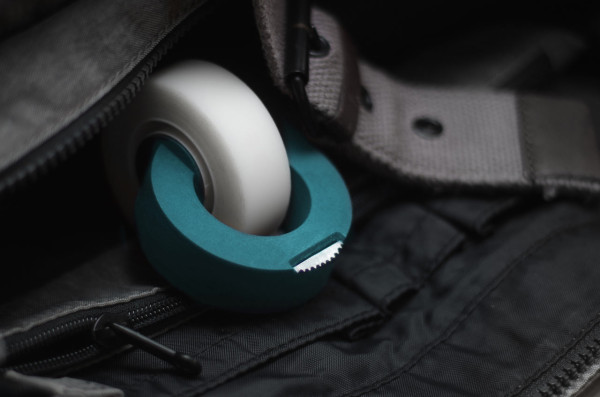 It’s super simple in that the flexible plastic ring opens enough to allow a new roll to slide on. The device snugly keeps your roll in place while allowing it to rotate as you pull tape off. On the opposite end are the teeth to cut the tape. 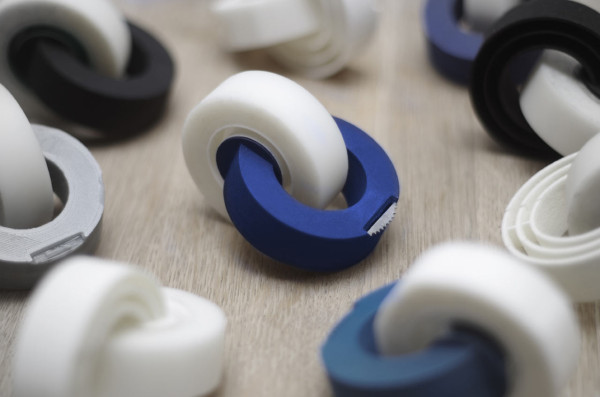 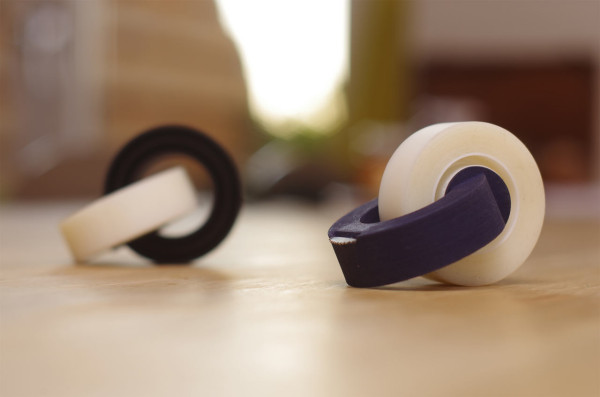 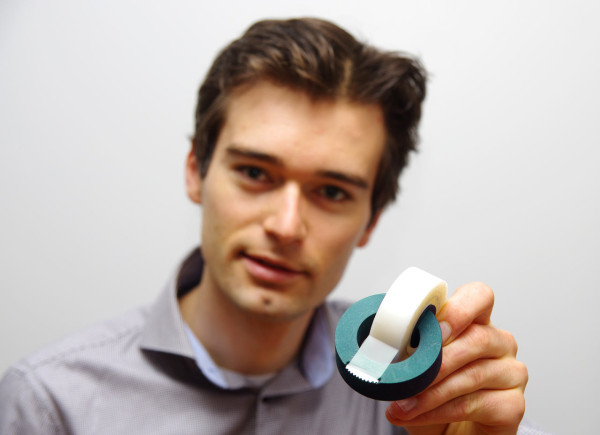