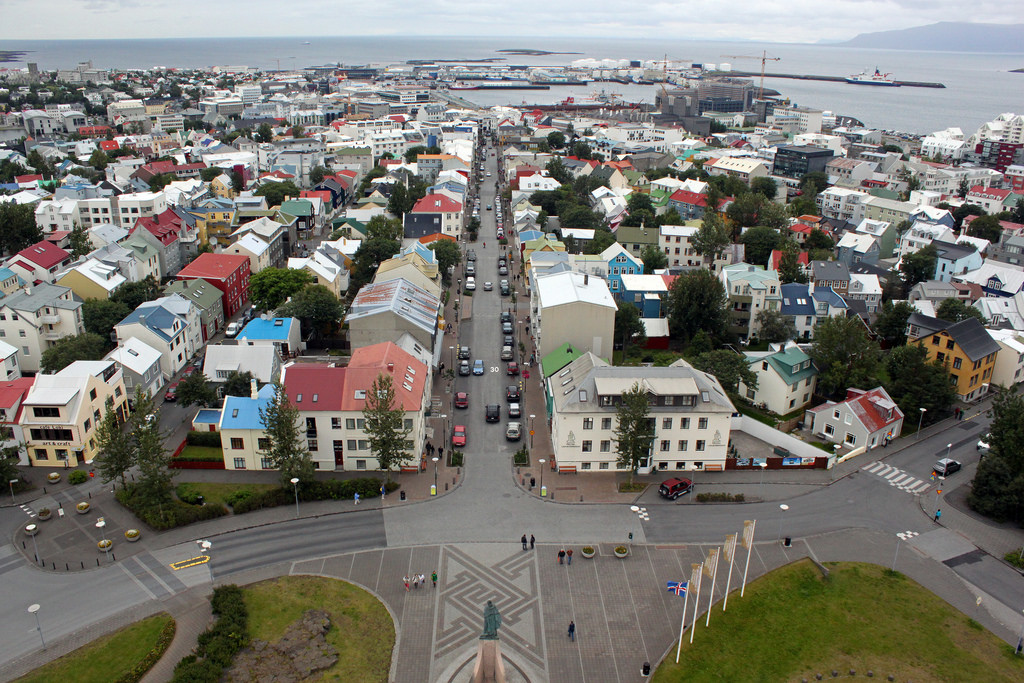 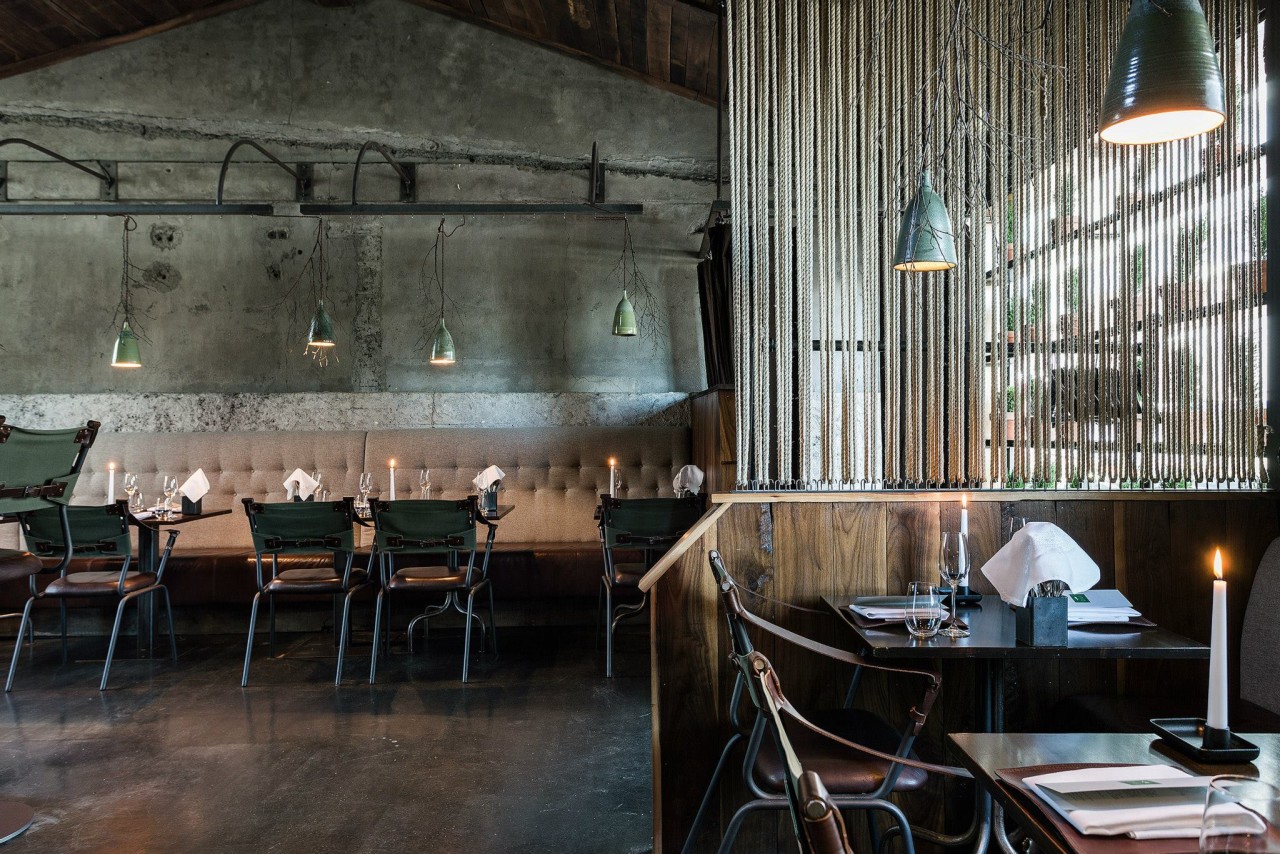 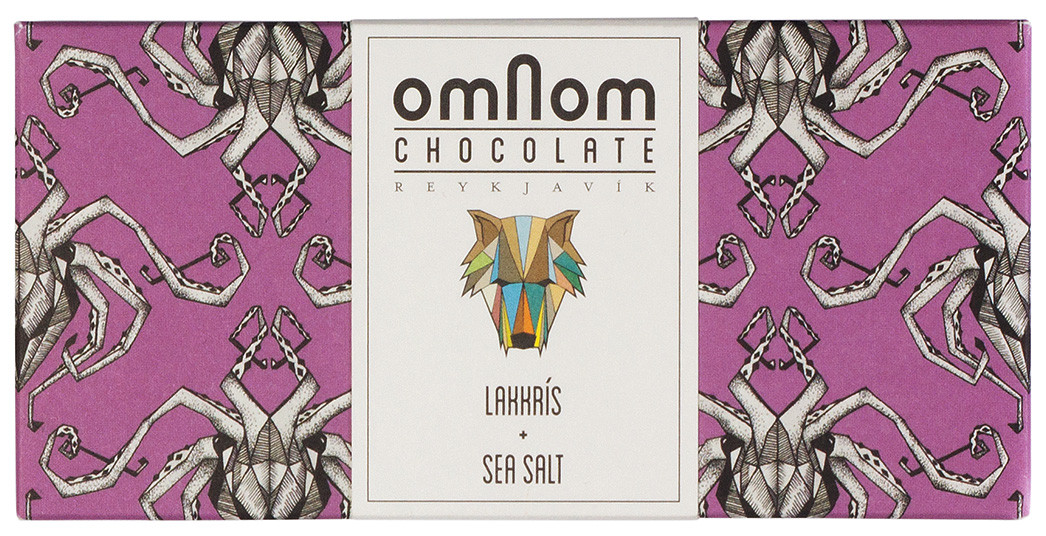 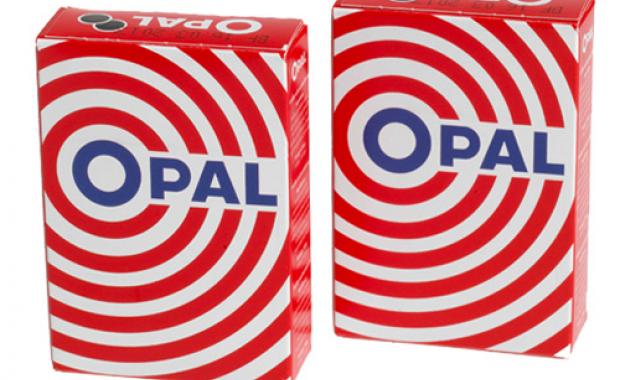 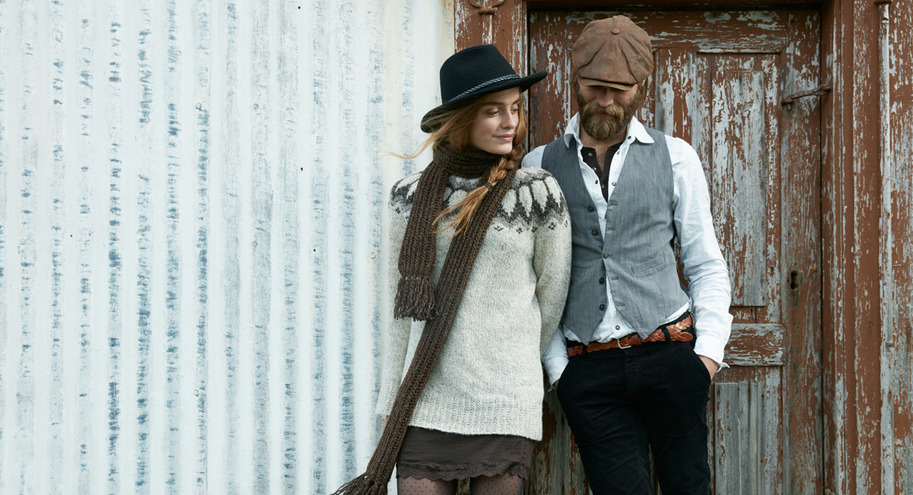 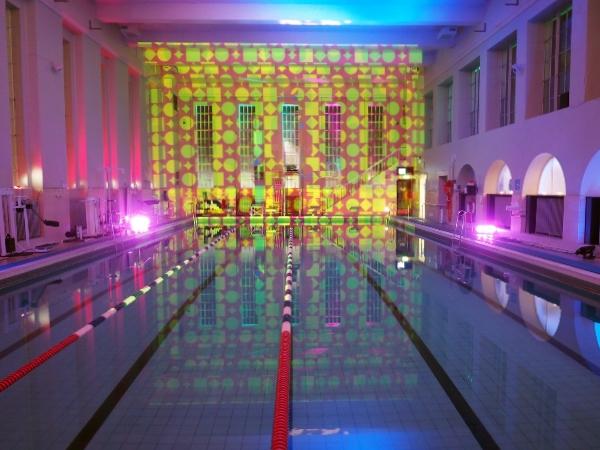 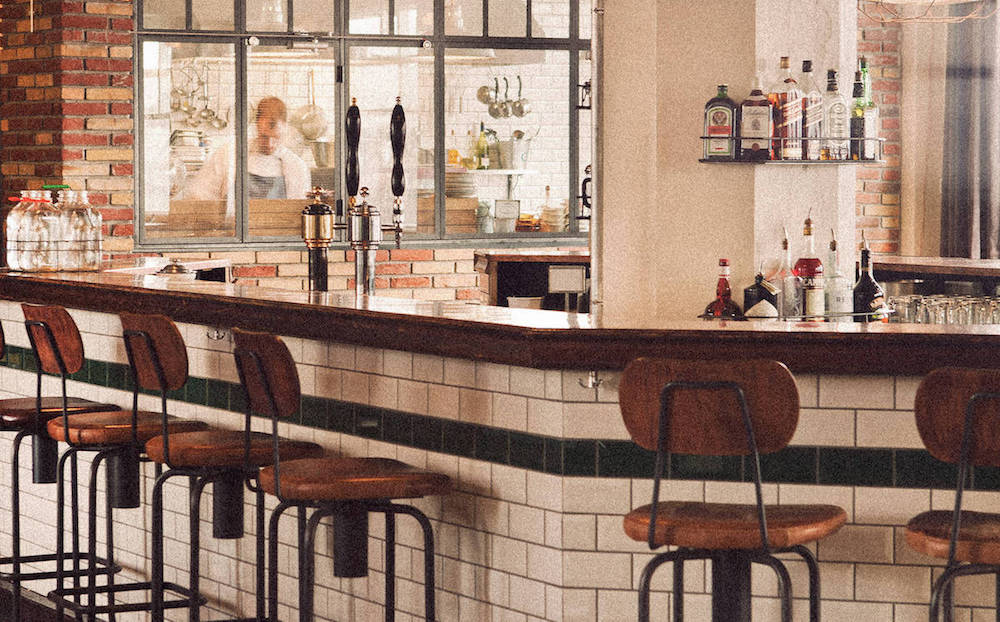 This capital city of Iceland is proof that what they say about tiny packages is true. Reykjavík packs quite a mean design punch. (The population of the whole island is just over 330,000 and nearly half of them call Reykjavík home.) Luckily, Icelandair makes it easy to check out the city with their stop-over program. (If you book a ticket to another European city through the airline, you can (for free!) include a stop-over in Reykjavík.) If you’re scheduling a trip just to Iceland, you can aim to hit one of the many festivals: Airwaves Music Festival (October), Secret Solstice Festival (June), or DesignMarch design week (March). But anytime is a great time for Iceland, I prefer to visit in the summer when the sun just bounces on the horizon and the 21 hours of daily sunlight mean you can pack a big agenda into each day.  But winter can be equally fun (for New Year’s, there are bonfires in every front yard).

While this guide is focused on the city of Reykjavík, there’s a lot of natural beauty just outside the city. Iceland is quite literally the most breathtaking place I’ve ever traveled to. After my first visit to the country, not only did I make a return trip a few years later (this tiny place has a lot to see!), but I also named my two cats after Norse gods in honor of the country (Loki and Freya). And after talking to some design savvy Icelanders, to make sure that we had all the design hits on this list, I’m feeling about ready for a return trip. 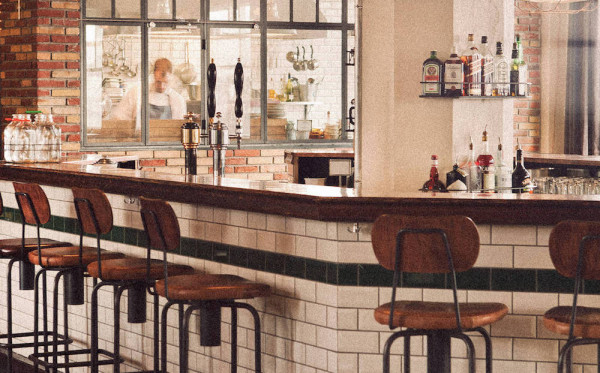 When I was last in Reykjavík, I stayed at Kex Hostel, a 215-room hostel housed in an old biscuit factory in downtown. With a downstairs bar furnished completely with secondhand furniture (and where they serve breakfast in the morning!), it’s more social than an apartment rental option. There’s a barbershop, a gym (called box) and a restaurant (featuring a menu created by the chef from Dill) that’s popular with both hostel guests and locals. And as if that’s not enough, the hostel organizes a concert series throughout the year and showcases live jazz every Tuesday. (And if you’re not into hostel living, just ask for a private room. You’ll get the social without the nighttime noise) A second hostel option is Oddsson, a newly opened hostel with an Italian restaurant. For a little bigger budget, Ingibjörg Hanna of Ihanna Home recommends the personality-filled Hotel Marina near the Reykjavík harbor (a sign in one of the hotel’s smaller bathrooms reads, “Yes, this bathroom is tiny! So just finish your business and come hang with us at the bar.”) And if you’re looking to impress, then the spare, glossy boutique 101 Hotel, one of Reykjavík’s most high-end options, located in a refurbished 1930s office building, is your ticket.

On the museum circuit, Helga Mogensen of Kirsuberjatréð, a fantastic shop that features the work of local artists, recommended the museum of Iceland’s first sculptor Einars Jónssonar, saying that it’s small but mesmerizing (and the sculpture garden alone is worth a look.) For a look into how Icelandic people traditionally lived, worked and played, the open-air museum Árbæjarsafn is a must stop. If you’re willing to venture a bit outside the city (7 minutes), Ingibjörg Hanna of Ihanna Home, recommends the small Museum of Design and Applied Art in Garðabær. Just check the exhibition schedule before you make the trek. The Reykjavik Art Museum has three locations in the city, according to Sari Peltone of the Iceland Design Centre if you only have time for one, make it Hafnarhús, the most recent addition (and before your trip, sign up for the Centre’s mailing list to get news on exhibits and events).

Walking around Reykjavík, you won’t be able to miss the Hallgrímskirkja church. It’s the tallest building in the city and all the guidebooks will tell you to check it out. And you should. Climb to the top and get that iconic shot of the city (it’s the image at the top of the page). Then head over to Safnahúsið (the Culture House) designed by Danish architect Johannes Magdahl Nielsen in 1906 to house the National Library, it now hosts rotating exhibitions as well as a permanent one on the history of Iceland. Sari Peltone also suggested that you leave time to stop by The Nordic House, one of Finnish architect’s Alvar Aalto’s lesser known works.

One of my favorite things to do while traveling is to see a movie. In Iceland, I was surprised when mid-way through the feature, the lights went up. Intermission! Everyone shuffled back to the concession stand for a snack re-up. (If you haven’t yet sampled some Icelandic licorice, this moment is your chance!) Bíó Paradís is a favorite film house that screens films from all over the world. 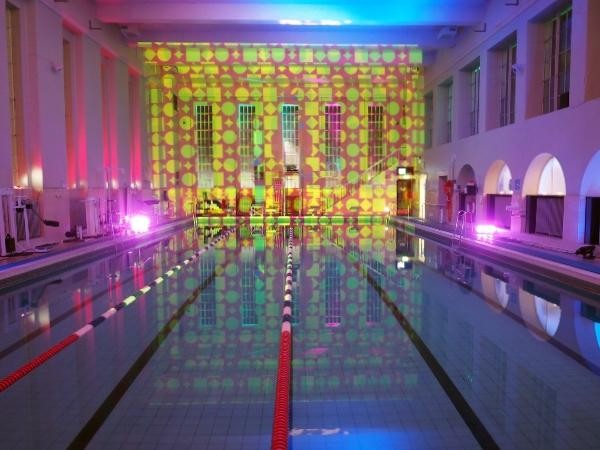 You can not visit Iceland without visiting a pool. Icelanders know how to take full advantage of that geothermal water and nearly every town in Iceland has one. (In fact, it’s probably not considered a town without a pool.) There are seven in Reykjavík. They open early and close late. This is where Icelanders do their after work socializing. In addition to the pool for laps, there are usually a smattering of hot tubs (or as Icelanders call them ‘hot pots’), all set to different temperatures. Helga Mogensen’s Reykjavík favorite is Sundhöll, which opened in 1937 and is the oldest pool in Iceland. The pool was designed by state architect Guðjón Samúelsson (who also designed Hallgrímskirkja church) and still has the original tiled dressing rooms and hot pots are on the balcony.

I have to admit, that I loved the local Icelandic pools even more than the Blue Lagoon, but you might not feel you visited Iceland unless you pay a visit here (and it is pretty surreal). It was designed by Sigrid Sigthórsdottir and the structure completely blends into the landscape. The best way to visit is to take advantage of the shuttle buses that make the stop between the airport and the Blue Lagoon and either visit right before you come into the country or right before you catch your flight home. And before you head out the door, snap up some of those Blue Lagoon beauty products. They’re pretty great. 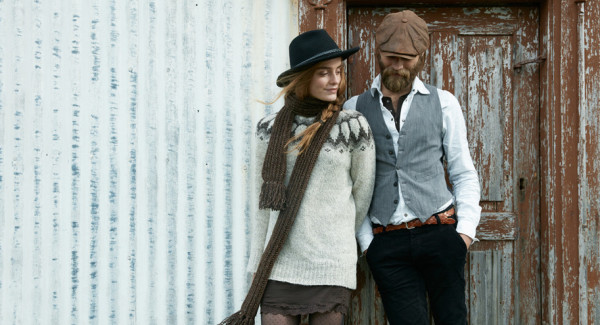 Nearly everyone I spoke to recommended Kiosk, a boutique run by local fashion designers (the owners/designers all take turns behind the counter so you’re almost guaranteed to meet one of them). Kirsuberjatréð is a small shop that also sells the work of local Icelandic artists and designers, and Ihanna Home features Icelandic designs for the interior space. On my last trip, I purchased an Icelandic sweater that I still trot out every winter. Farmer’s Market is an Icelandic brand that turns all that sheep’s wool into some pretty trendy sweaters with an Icelandic flair. 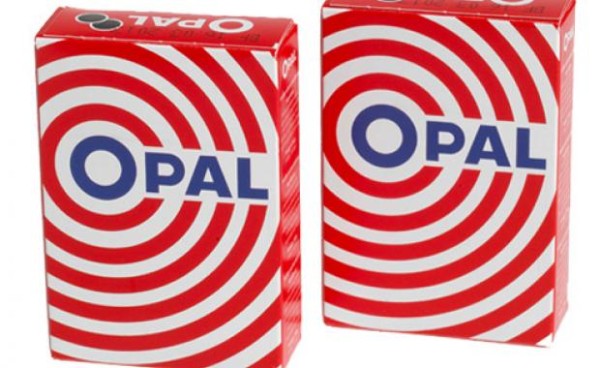 While you’re doing all that shopping, you might work up a sweet tooth. Icelanders are licorice-crazed. Salty licorice, sweet licorice, chocolate-covered licorice. Licorice is the sweet of choice. Helga Mogensen suggested that those really wanting to explore the world of licorice check out the Sambo factory store where you can sample licorice cut-offs. And if you’re more into package design than licorice eating, keep an eye out for Opal, with its op-art packaging designed in 1946 by painter Atli Mar, it’s hard to miss. For the chocolate + licorice variety that is an Icelandic favorite look for Omnom, an Icelandic bean-to-bar producer. To really get a feel of the variety of Icelandic licorice and more, Sari Peltone suggests popping into Vínberið, a candy shop right in the center of Reykjavík. 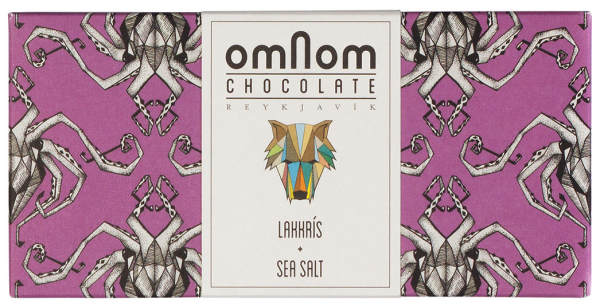 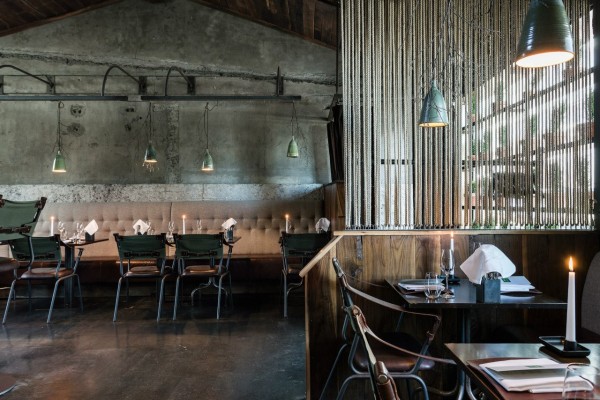 If it’s not already on your travel bucket list, I hope you’re now convinced that Reykjavík deserves a spot. I’ve yet to meet anyone who regretted their trip to this magical city. To congratulate yourself for making the journey to the tiny island, splurge on a final meal at Dill Restaurant. This is the place to try New Nordic cuisine — classic Nordic food (meatballs and seafood) served with a twist. The restaurant makes its own salt by boiling ocean water. That’s a mic drop situation.