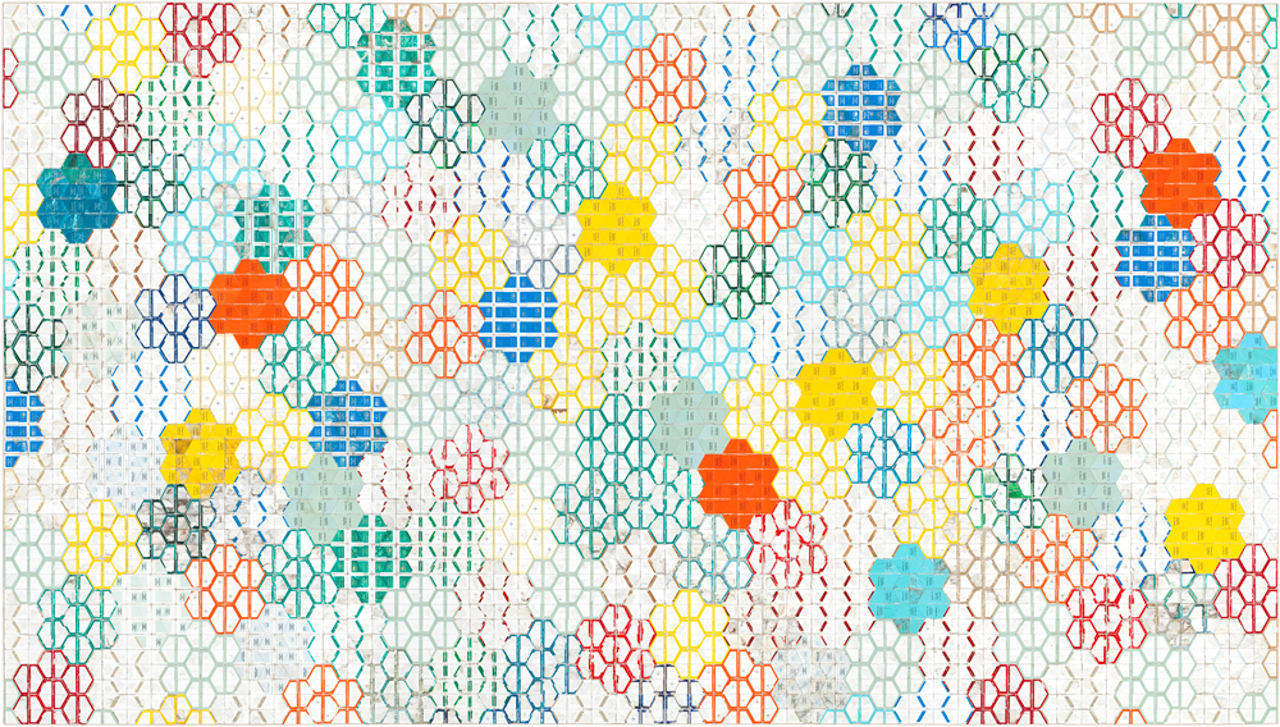 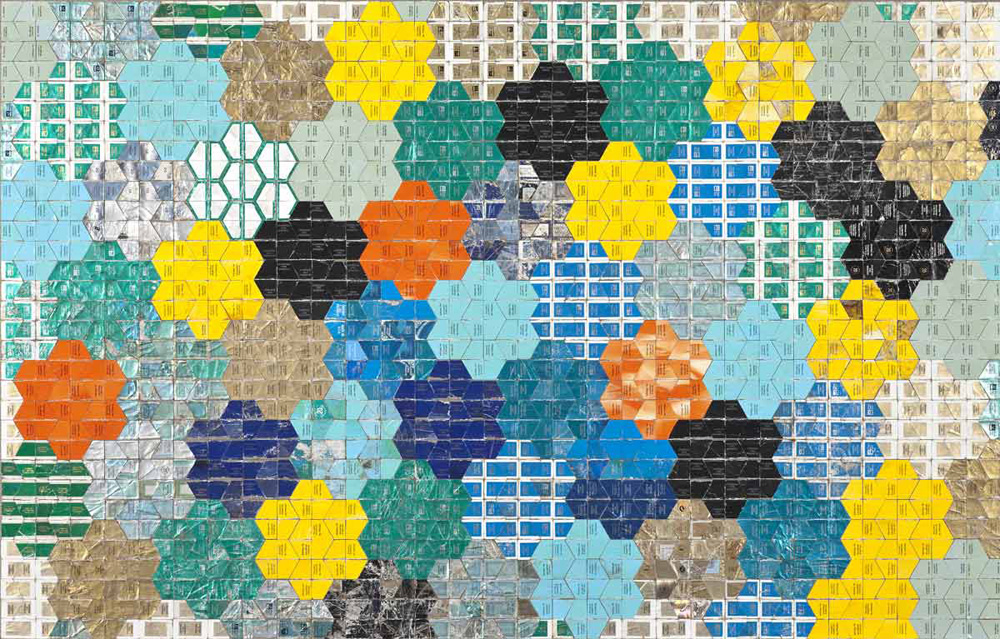 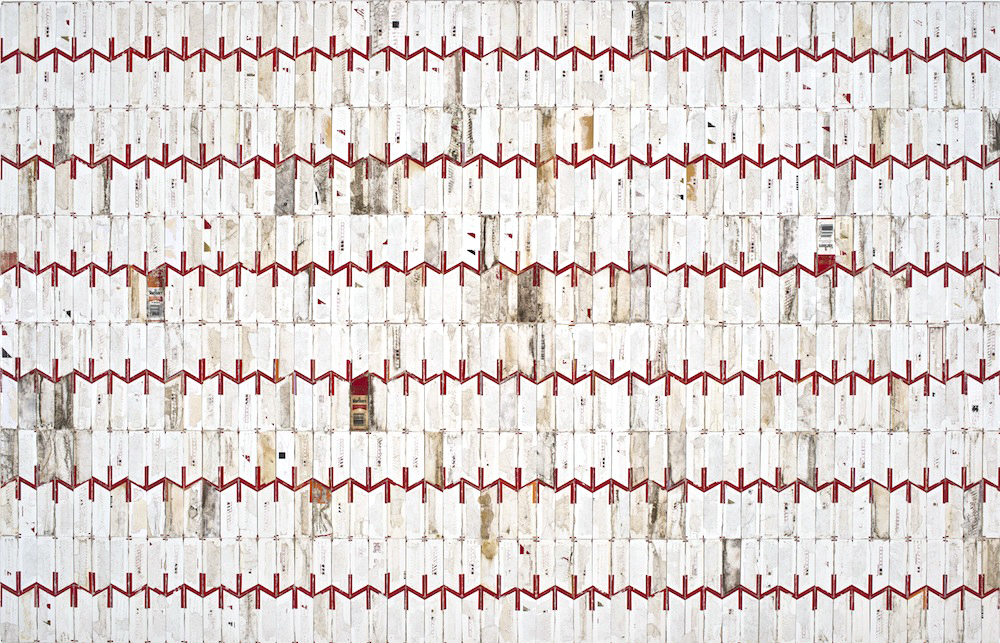 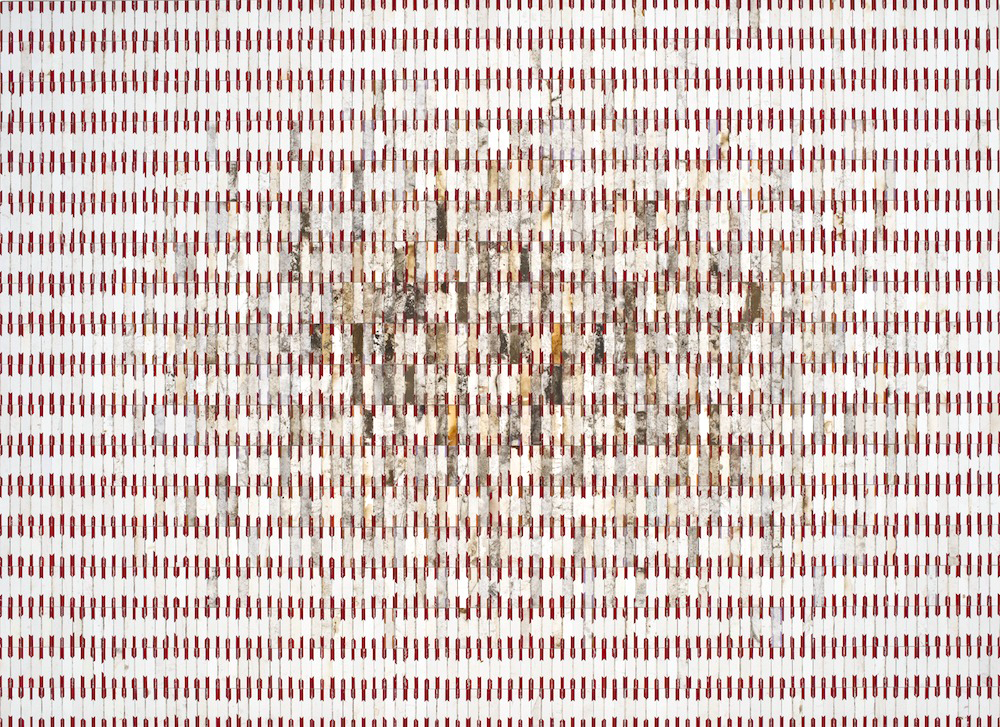 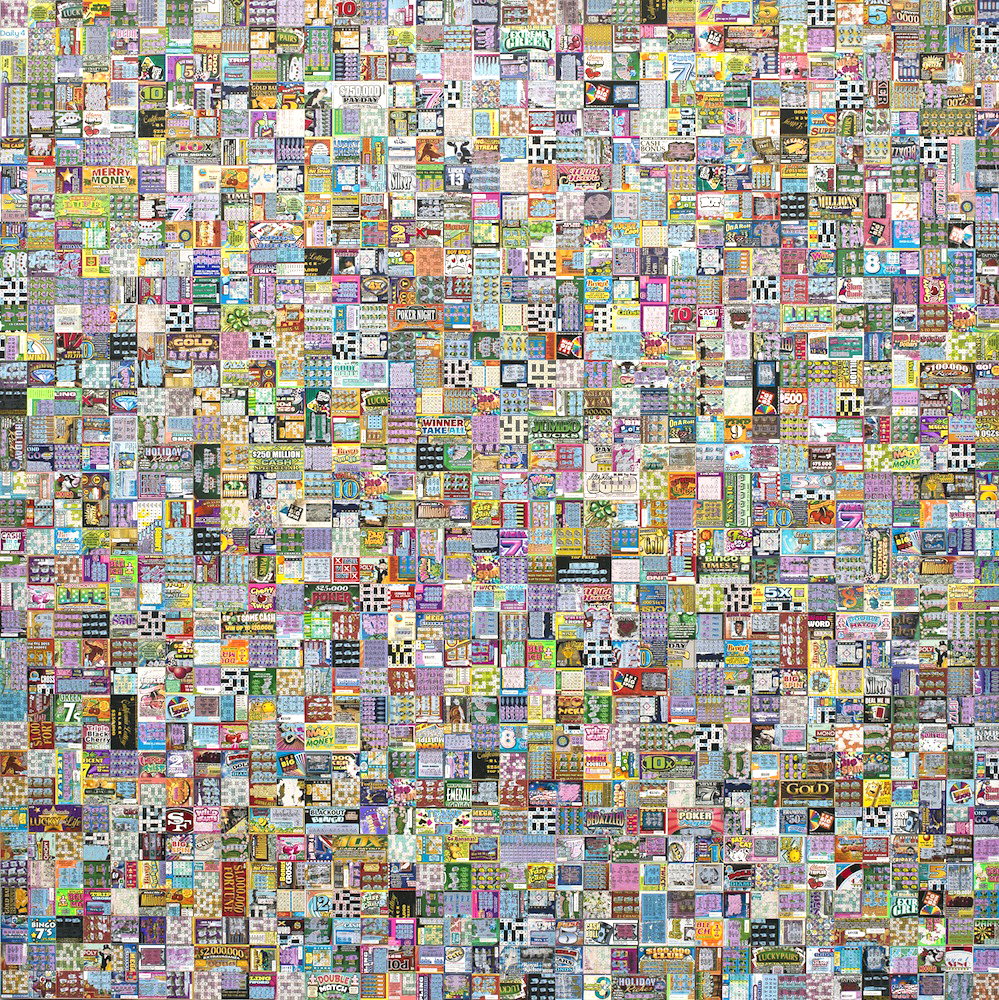 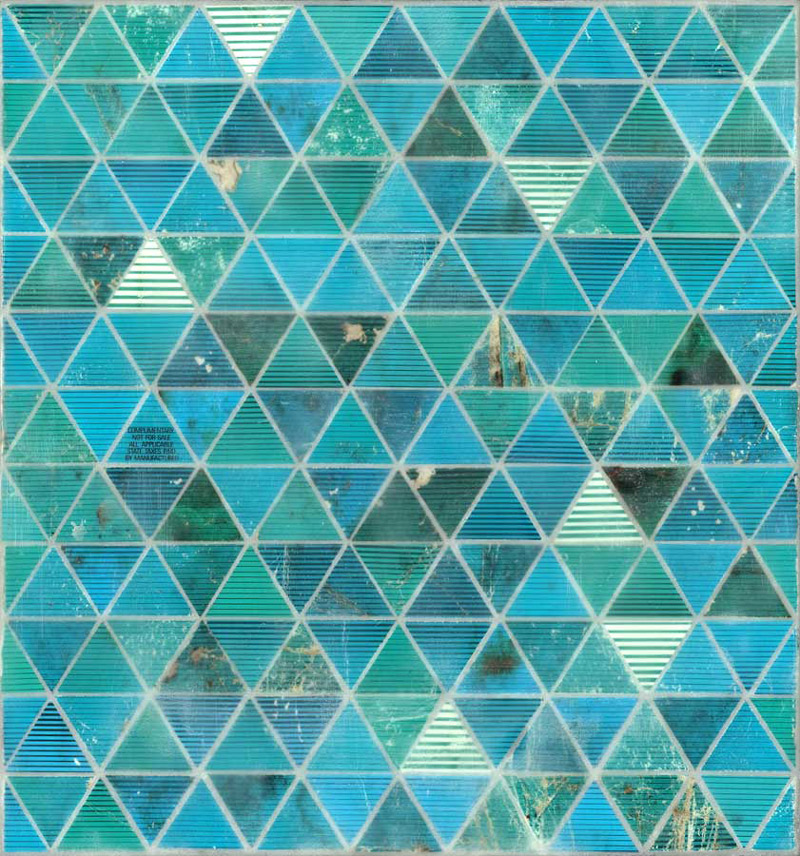 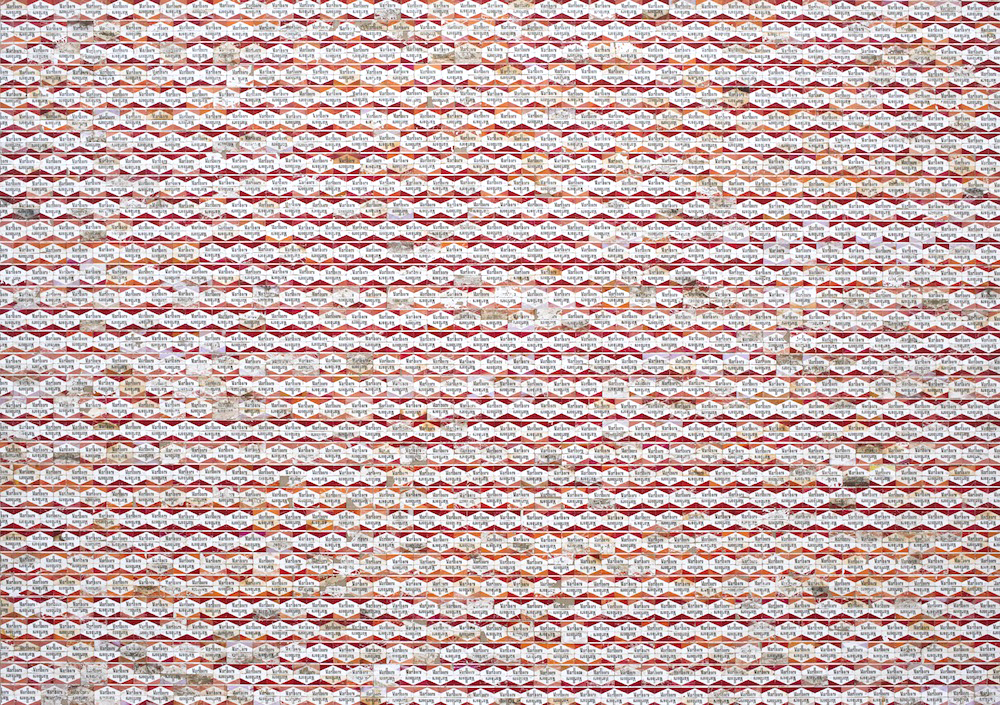 Robert Larson is an artist who literally creates treasures from trash. His colorful, graphic collages “explore most singularly the power of transformation—physically and perceptually.” Each collage is a meticulous creation using discarded, post-consumer items that Larson himself finds. “It is after these items have been discarded that an exciting transformation begins. Their once identical and uniform surfaces begin to fade and abrade with exposure to the elements—turning them from homogeneity into infinite variety.” 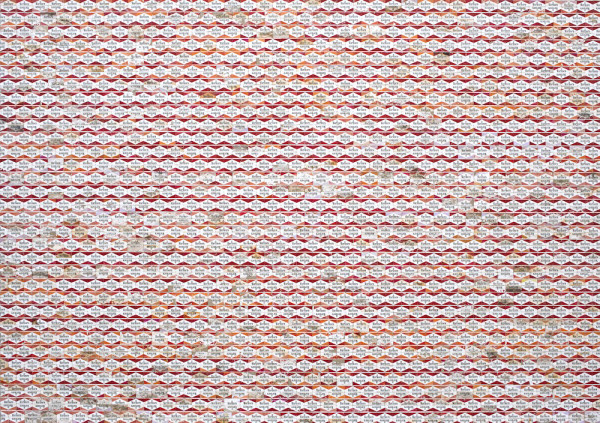 You can imagine that these elaborate pieces are pretty time-intensive. After Larson’s self described “obsessive scavenging and appropriating” during long walks through urban and industrial neighborhoods, a methodical processing system ensues. Each find is sorted, processed, graded and dissected by graphic and tonal visual information. Following that, items are re-organized into groups of gridded composition. Some pieces take years to finish. 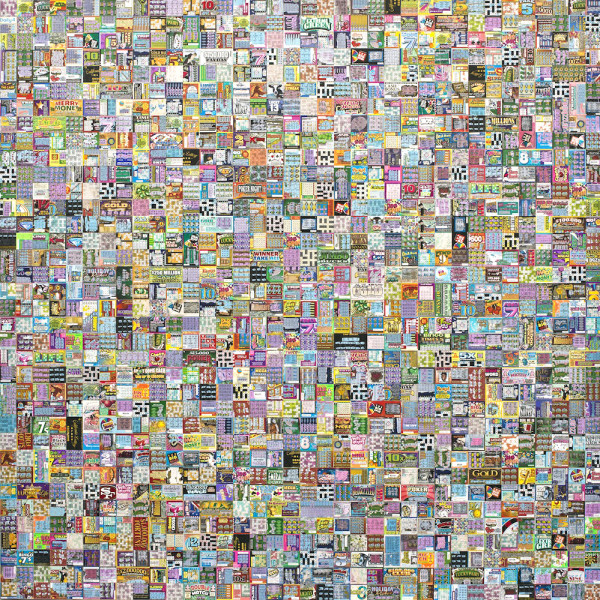 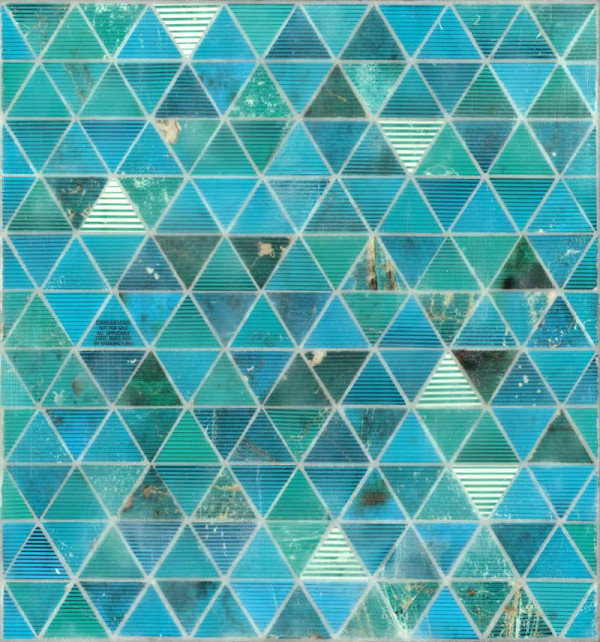 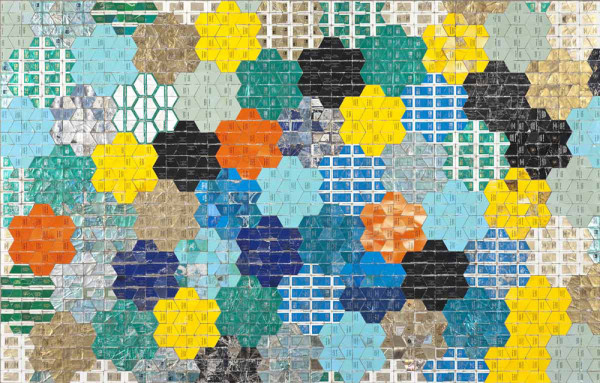 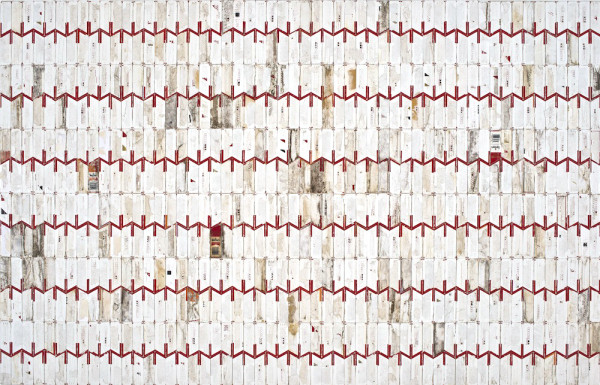