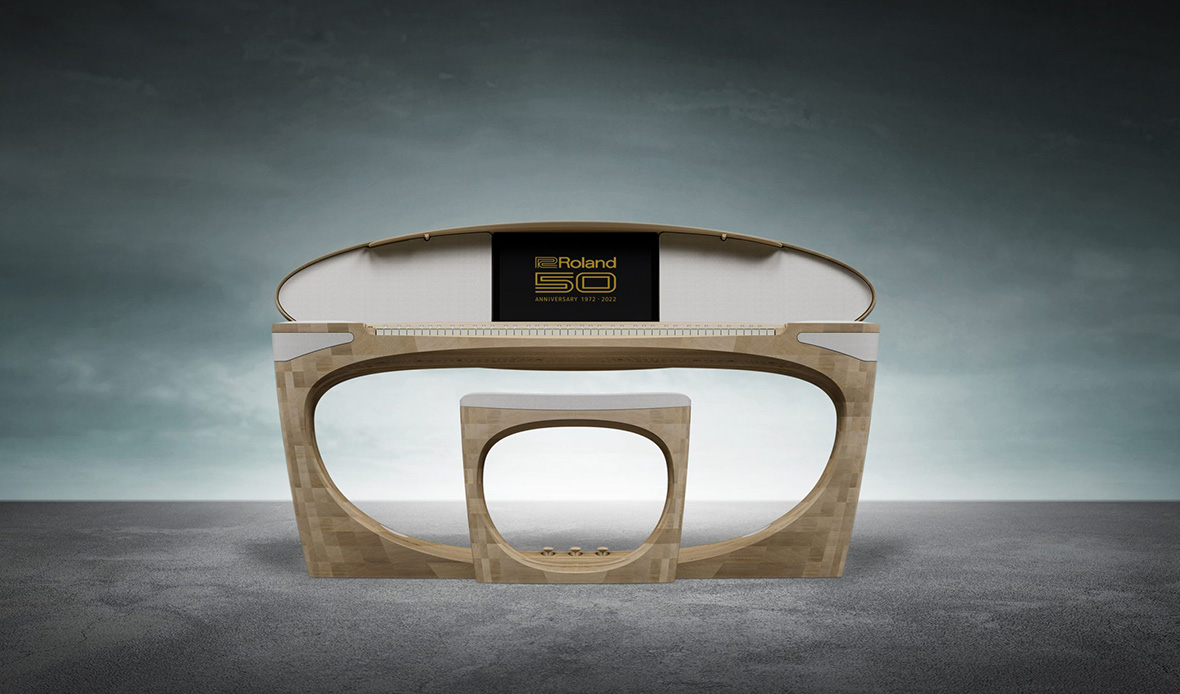 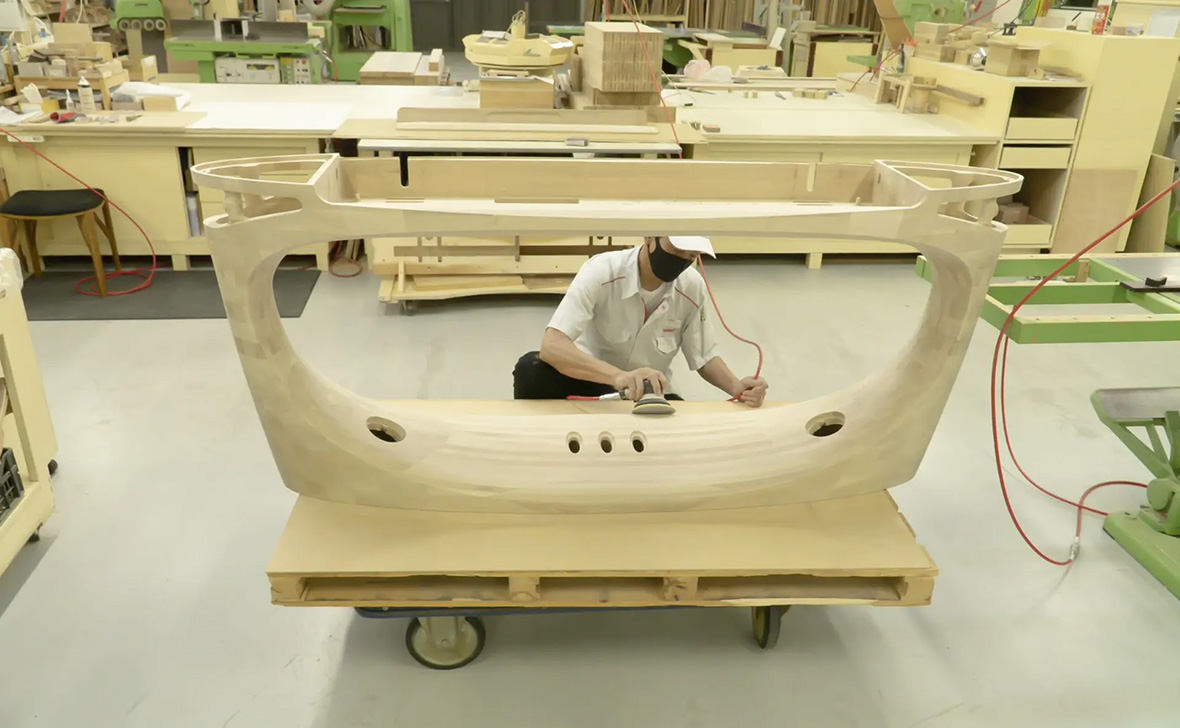 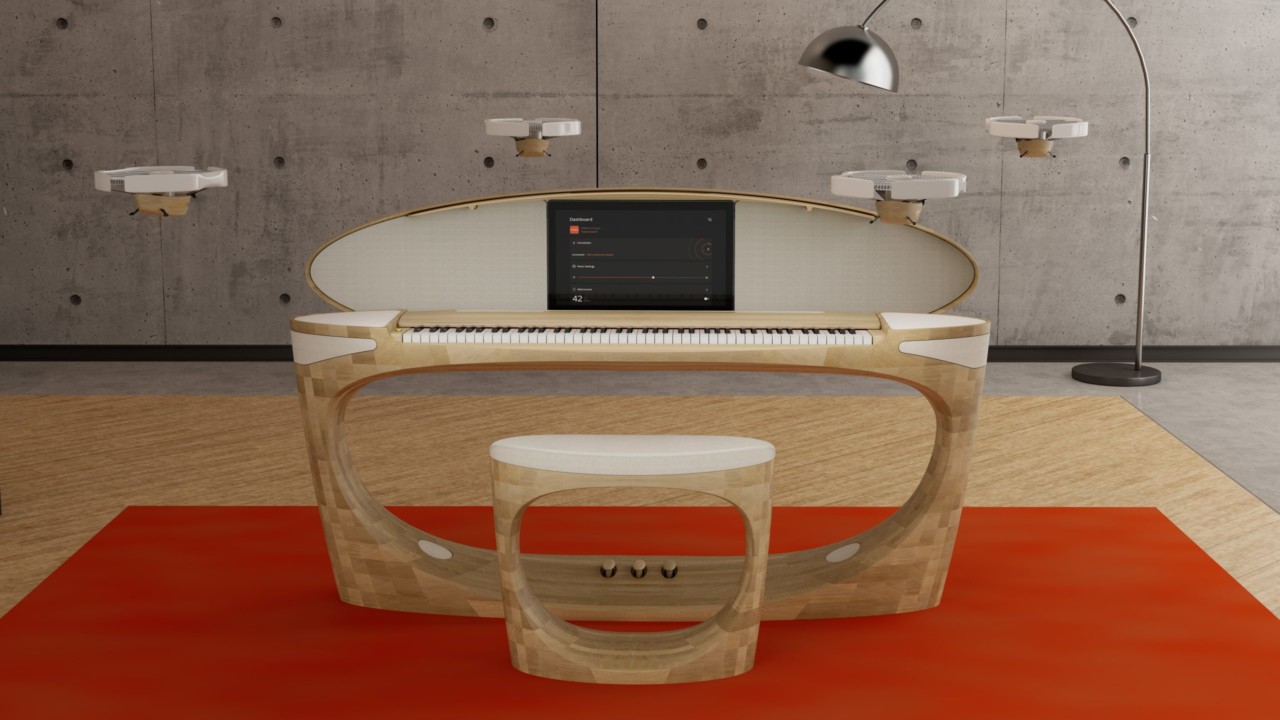 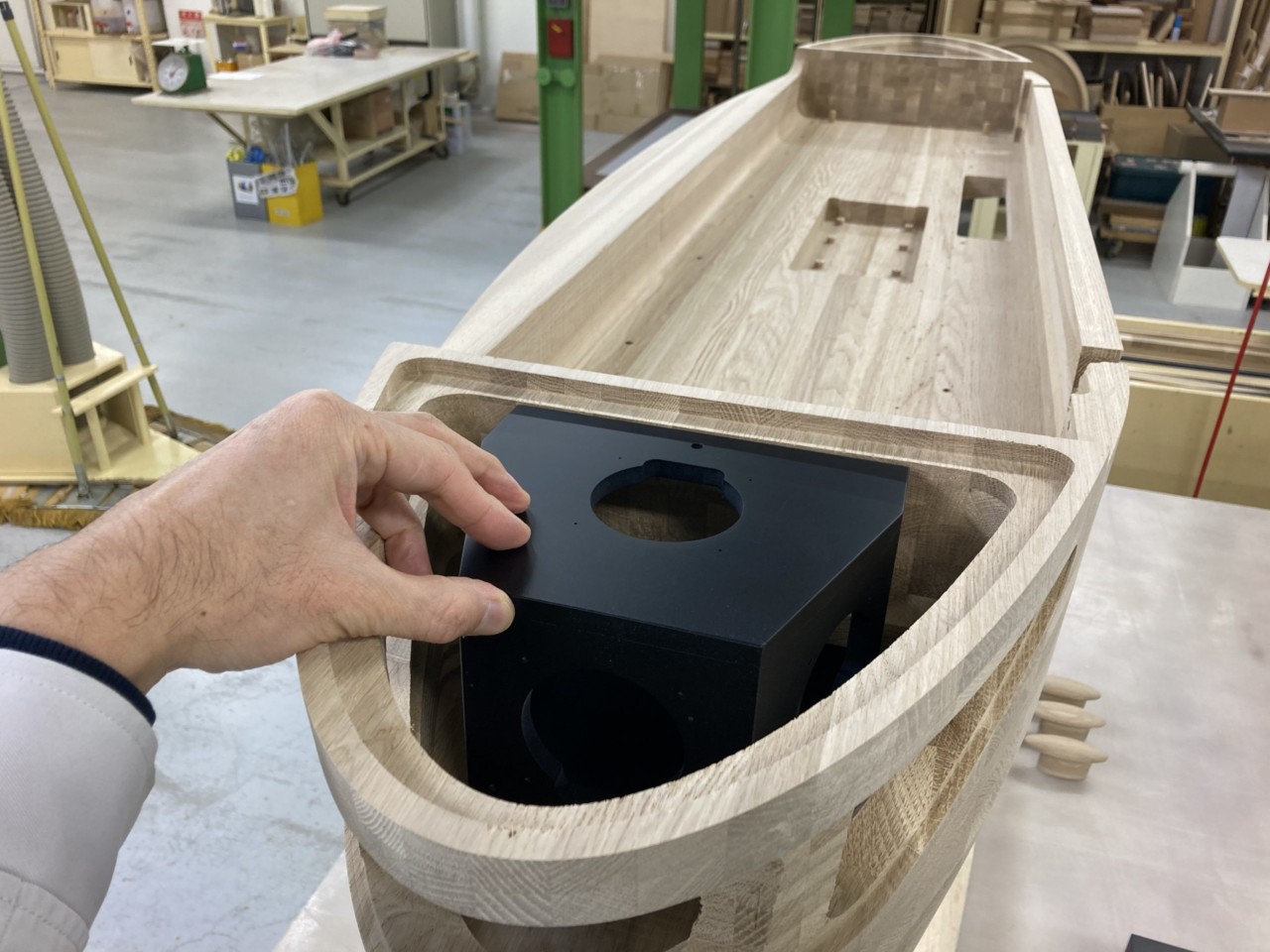 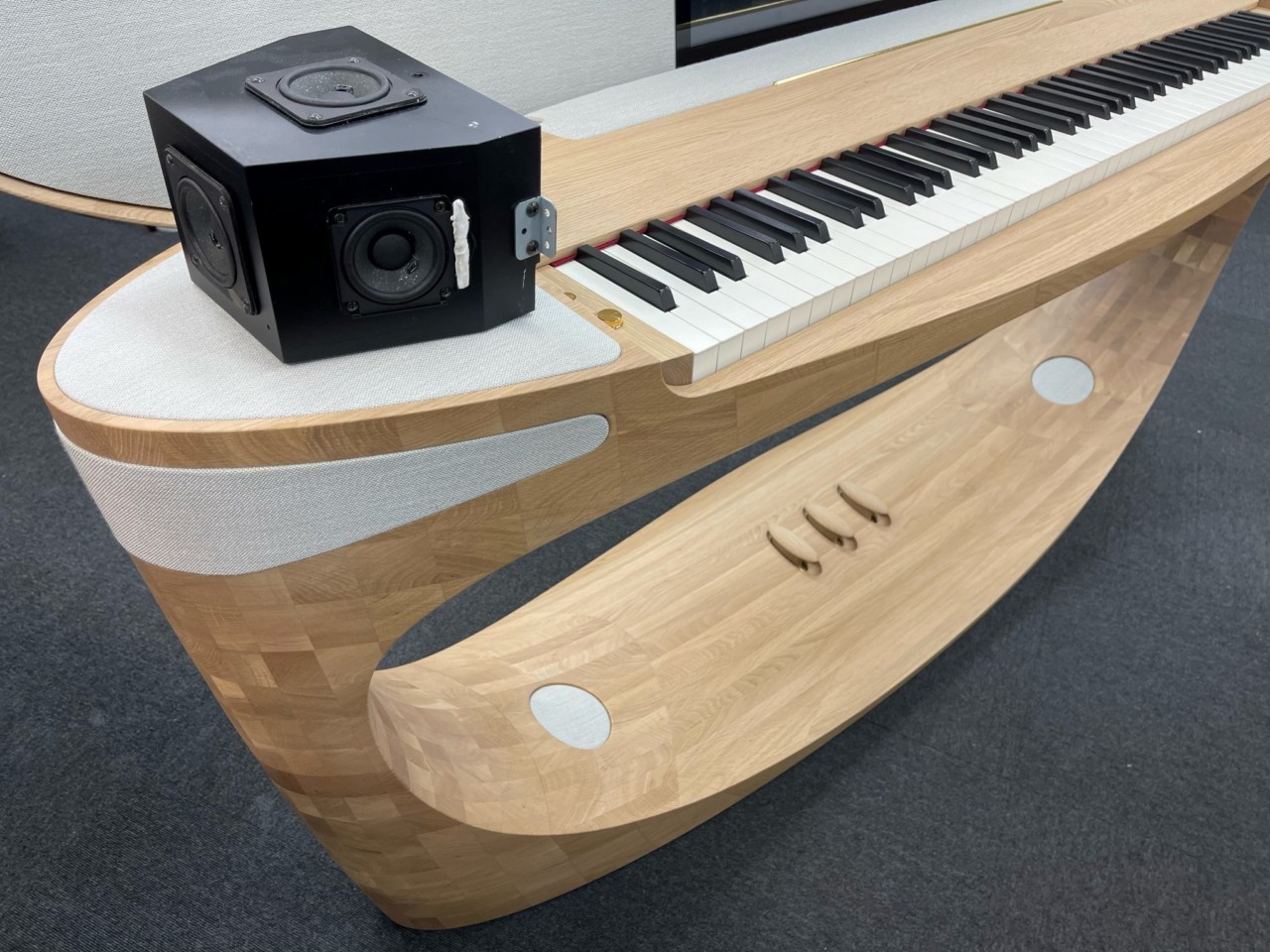 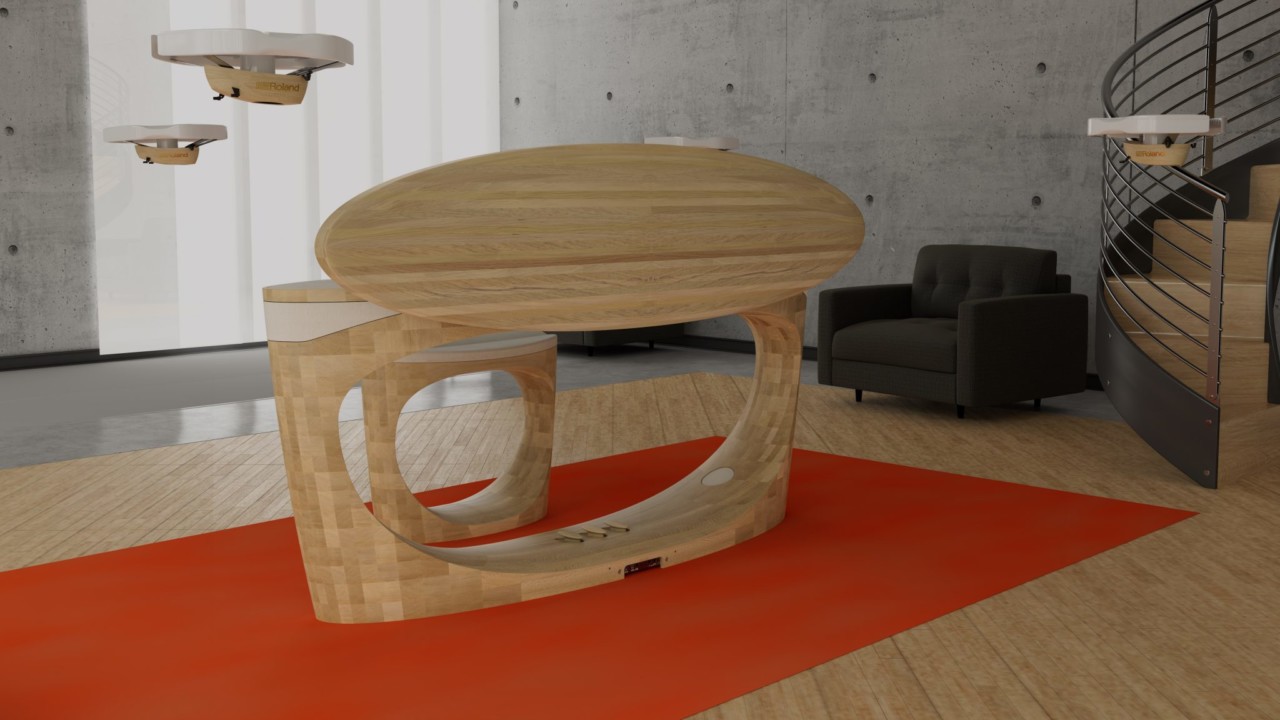 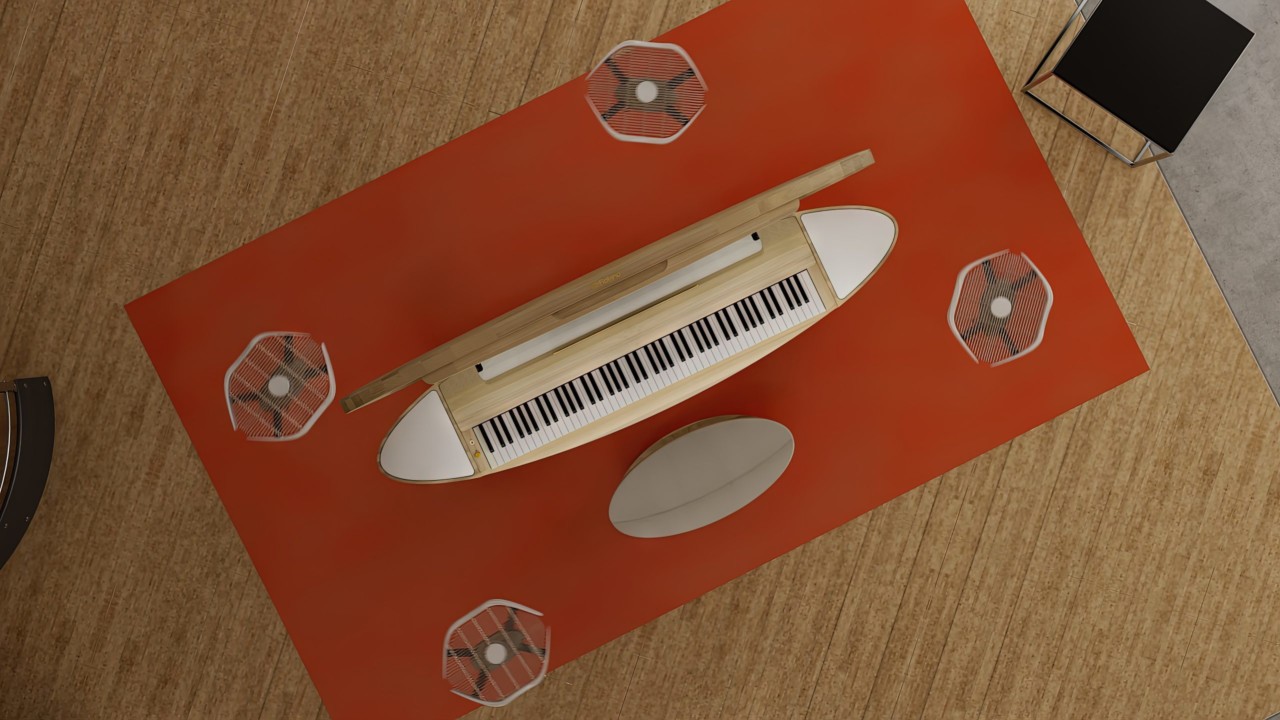 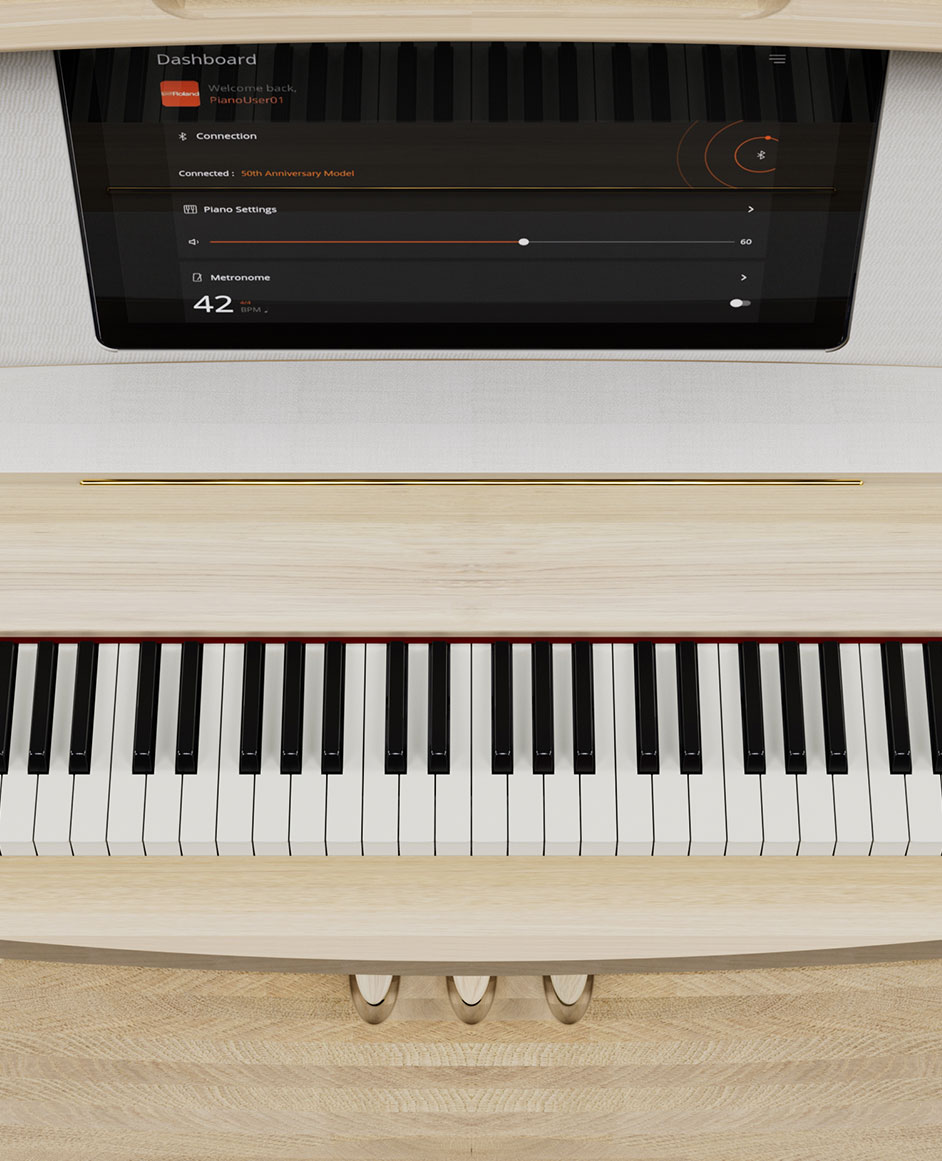 Designed in collaboration with Japanese furniture maker Karimoku, the Roland 50th Anniversary Concept Piano is a study of “what if?” – an audaciously conceived and meticulously assembled composition of Japanese Nara oak layered into a single form containing a 360-degree, 14-speaker system and with an even wilder proposition: drones for surround sound. 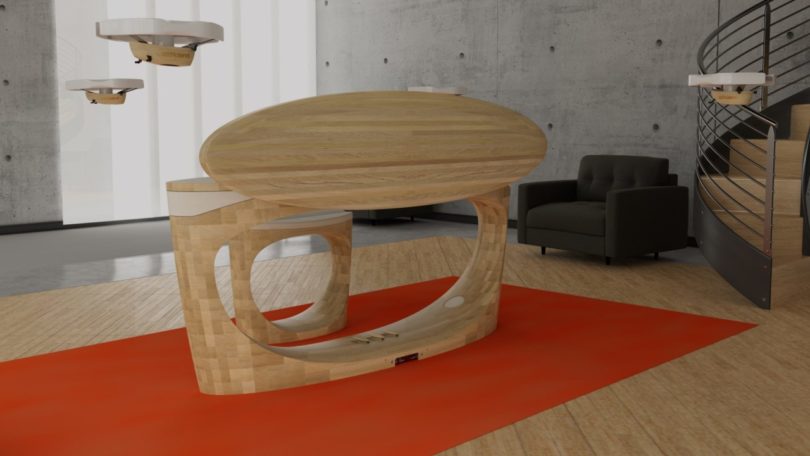 Roland connects the 50th Anniversary Concept Piano to a surprisingly dissimilar descendent, the brand’s sharply crystalline obsidian 2020 GPX-F1 Facet Grand Piano. While that design shares an explorative spirit, it also exhibited rectilinear lines of an almost jewel-like appearance. The 50th Anniversary Concept Piano on the other hand takes on a warmly organic rounded form, one accentuated by its Japanese Nara oak wood sourced from Hokkaido. 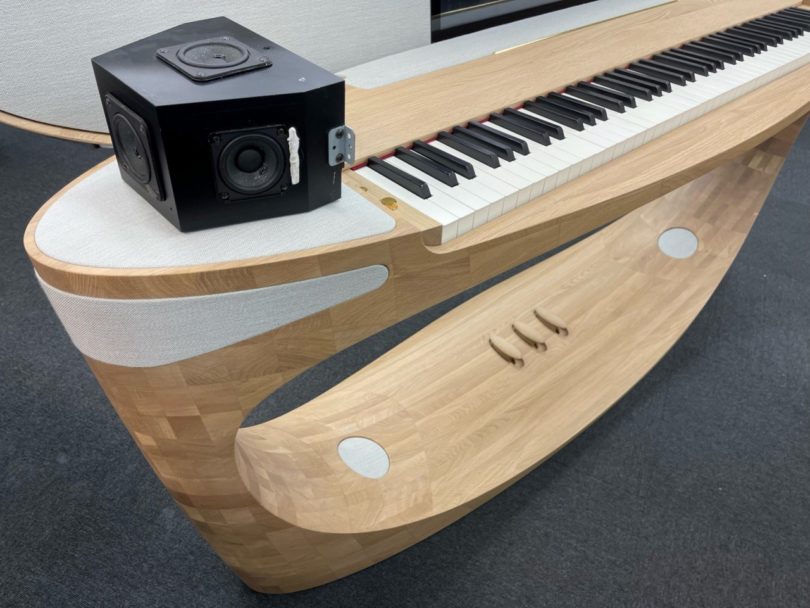 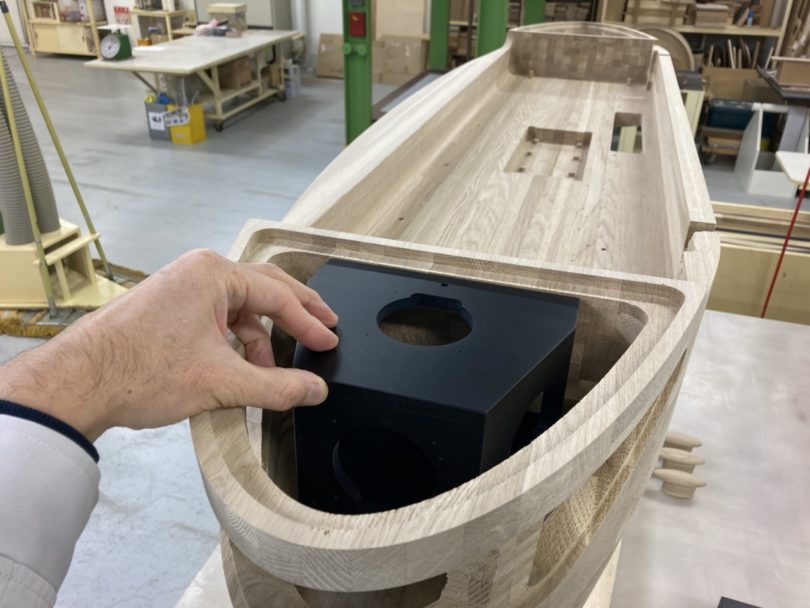 The musical instrument brand tapped the talents of Japanese furniture maker Karimoku to create the elliptical design with machine-cutting layers of wooden pieces that are joined together to form the body – a methodical attempt to use ancient methods once used to build wooden Buddhist statues with contemporary 3D-printing techniques. The project itself was inspired by the forefather of classical ambient music Erik Satie’s concept of “Furniture Music,” or music that becomes like furniture in a space. One may notice how the instrument’s relation to negative space evokes Satie’s own music’s use of silence to emphasize sparse sound. 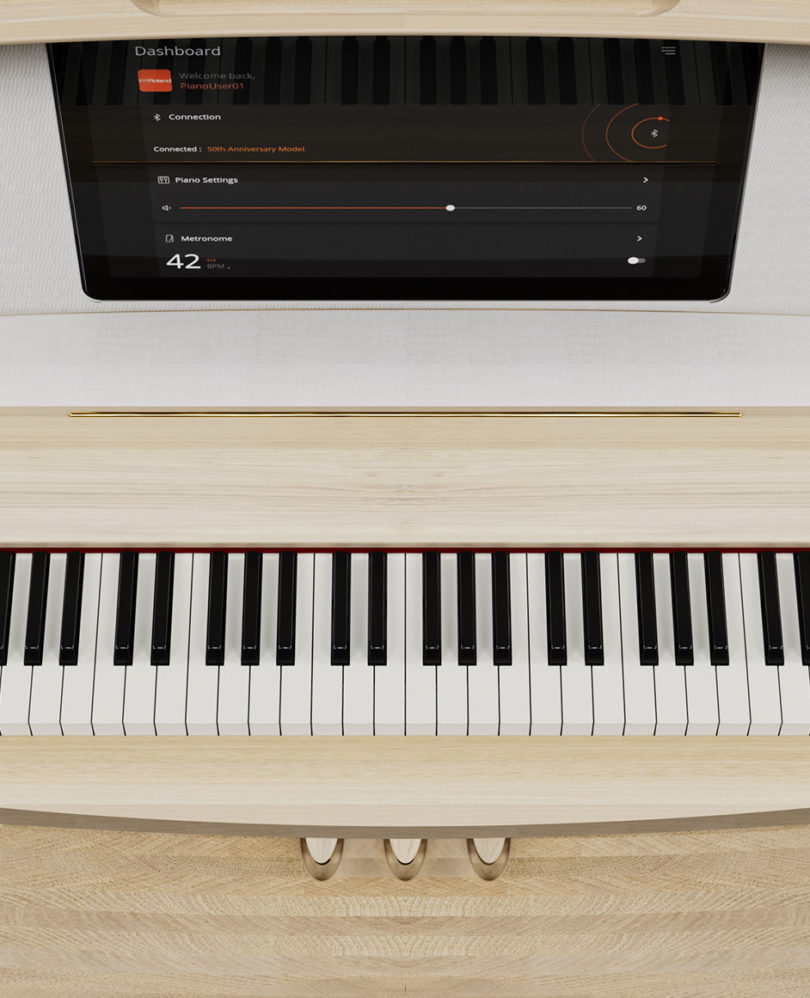 A similar joining of past and future operate within. A 360-degree “speaker ball” resides inside the 50th Anniversary Concept Piano, comprising an array of 14 speakers capable of firing sound in any direction, “seven on the right and seven on the left,” resulting in an immersive three-dimensional sound. 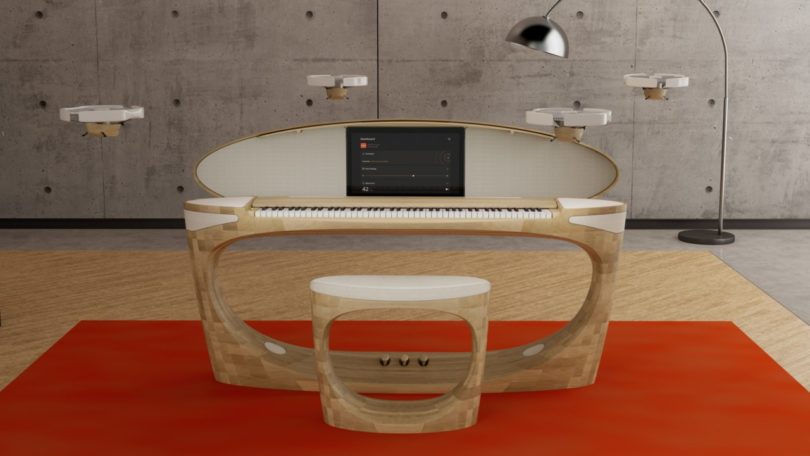 The team wanted the sound to actually fall from the air around the player. The solution? A pair of drone speakers that hover over the piano. 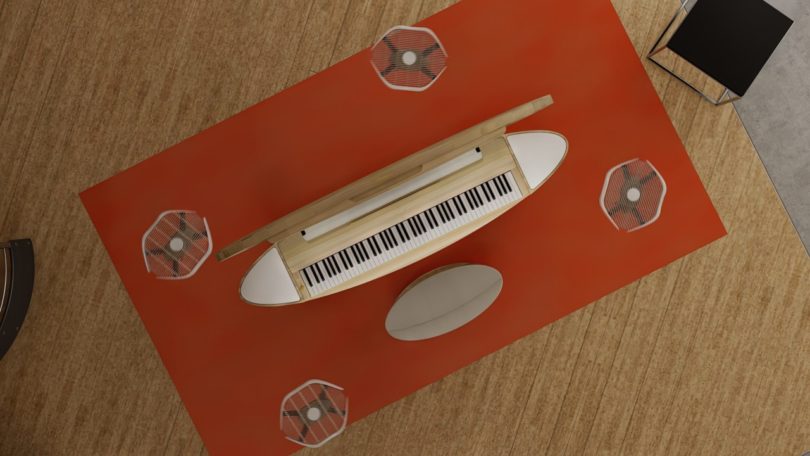 And if the design itself wasn’t intrepid enough, Roland has imagined the inclusion of drone speakers to hover over the piano to create the flying equivalent of the Dolby Atmos experience (purely a conceptual proposal right now, noting drones are a very audible presence in operation). Roland is attempting to tackle a couple of issues faced when adding flying drones to an activity where ambient sound can’t sour the experience: latency and the noisy sound of drone fans. They are investigating the incorporation of a technology that adjusts drone positioning to optimize perceived sound, moving the drone closer “when the sound is soft, and then move away when the sound is loud.” 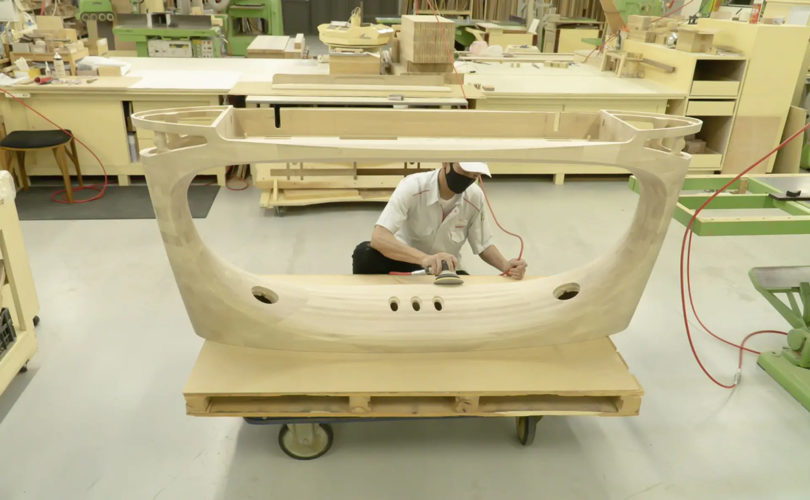 The Roland 50th Anniversary Concept Piano is best received as the equivalent of an automotive concept vehicle: an exploratory venture used to push the limits of what is possible to be later incorporated into more reasonably realistic (and manufacturable) products. But as an object itself, the 88-key piano keyboard represents a stunning example of where artisan craft and musically-minded technology hit all the right notes in unison.