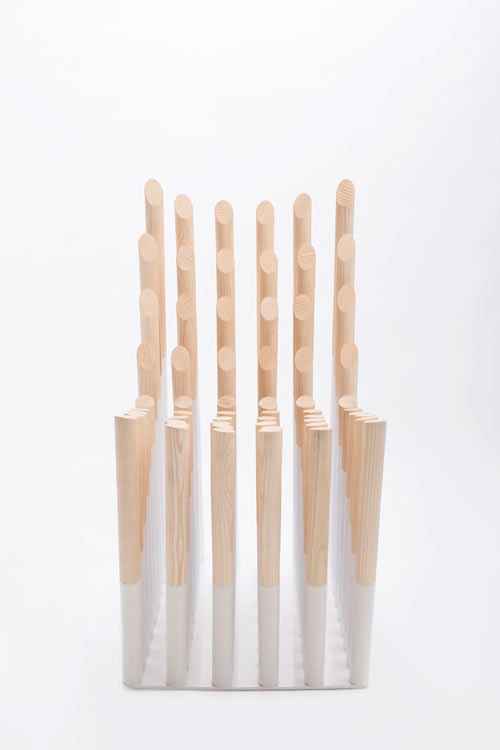 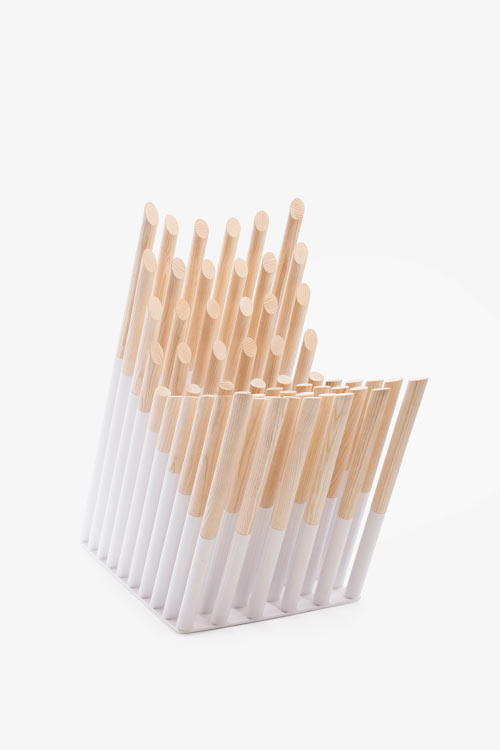 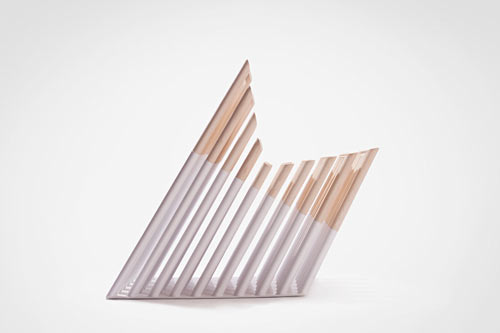 Alexander Lervik‘s Spike chair uses a conventional chair material in a very unconventional way. This oddly-shaped chair is made up of a series of 60 turned ash rods that almost seem like a bed of nails. But, this chair isn’t made for torture – its seat and seat back are curved to mimic the curves of your body.

Sitting on a tubular steel base, the chair contains about 30 different rod sizes. Inspired by a rainstorm during a recent trip to the Philippines, Lervik watched as the drops of rain quickly went from droplets to what appeared to be rods. “Raining stair rods, as they say… The shafts of rain resembled slanted lines and in that rain I suddenly saw the outlines of Spike in front of me,” says Alexander.

Spike is to be sold in a limited edition of ten via Gallerie Pascale Stockholm.