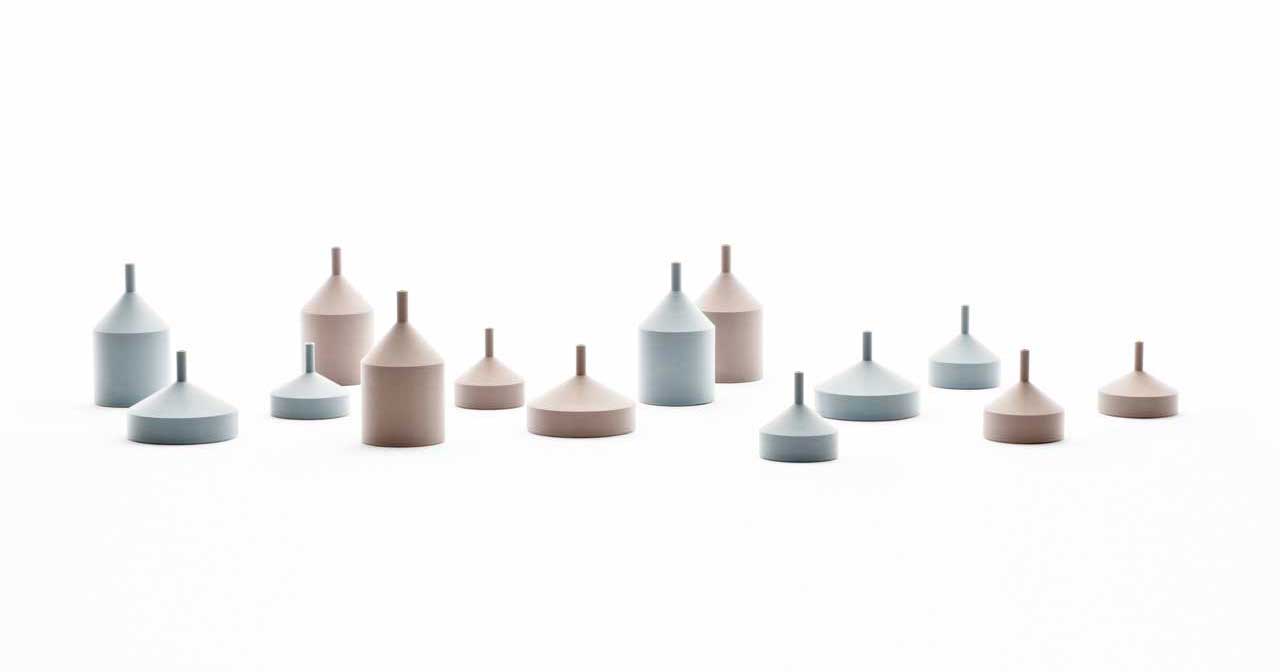 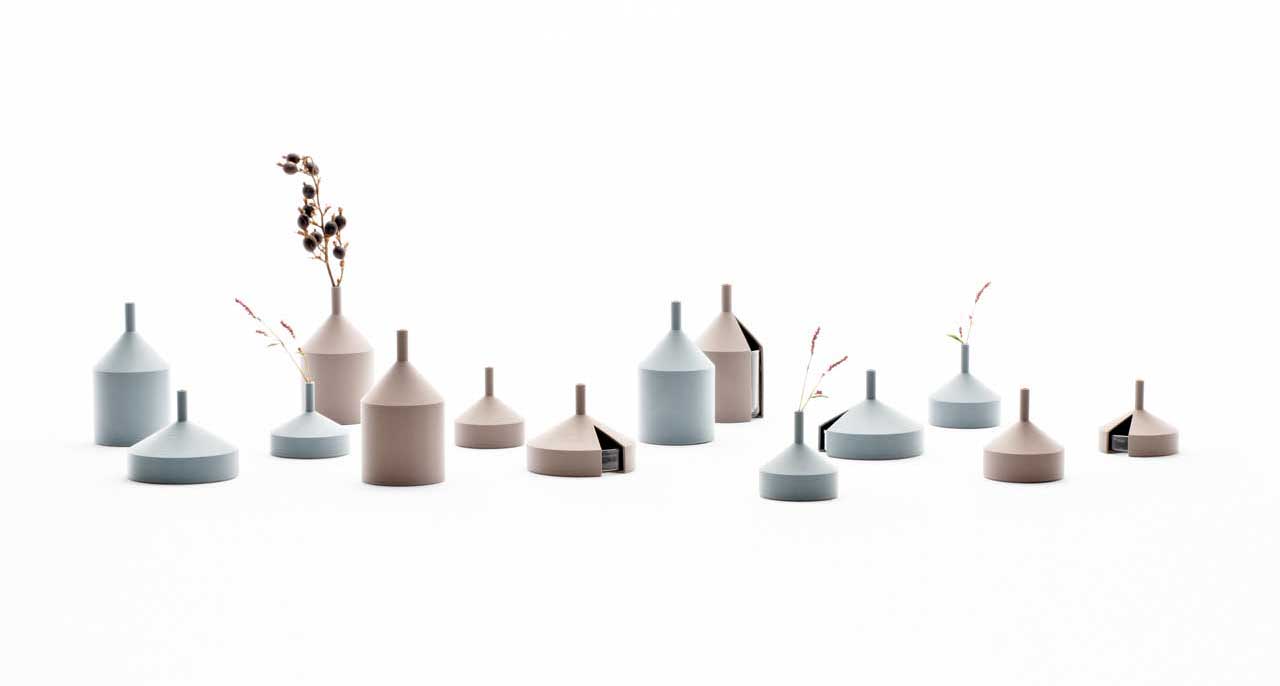 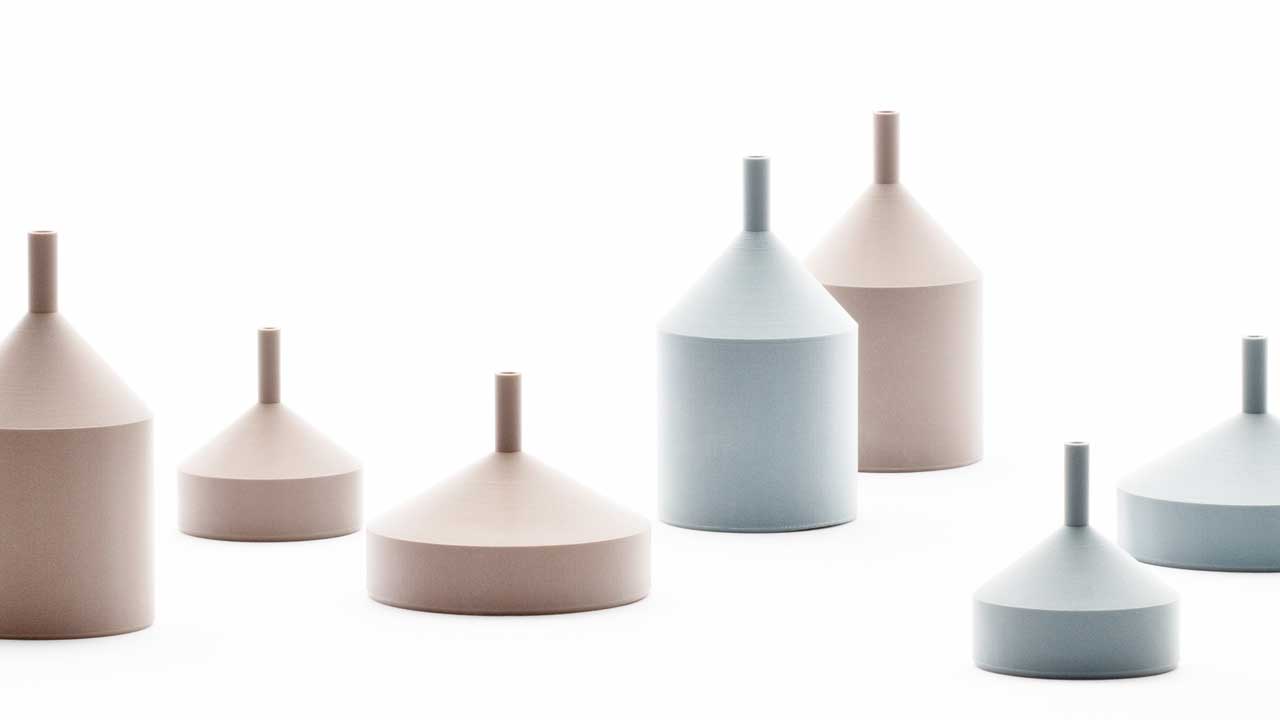 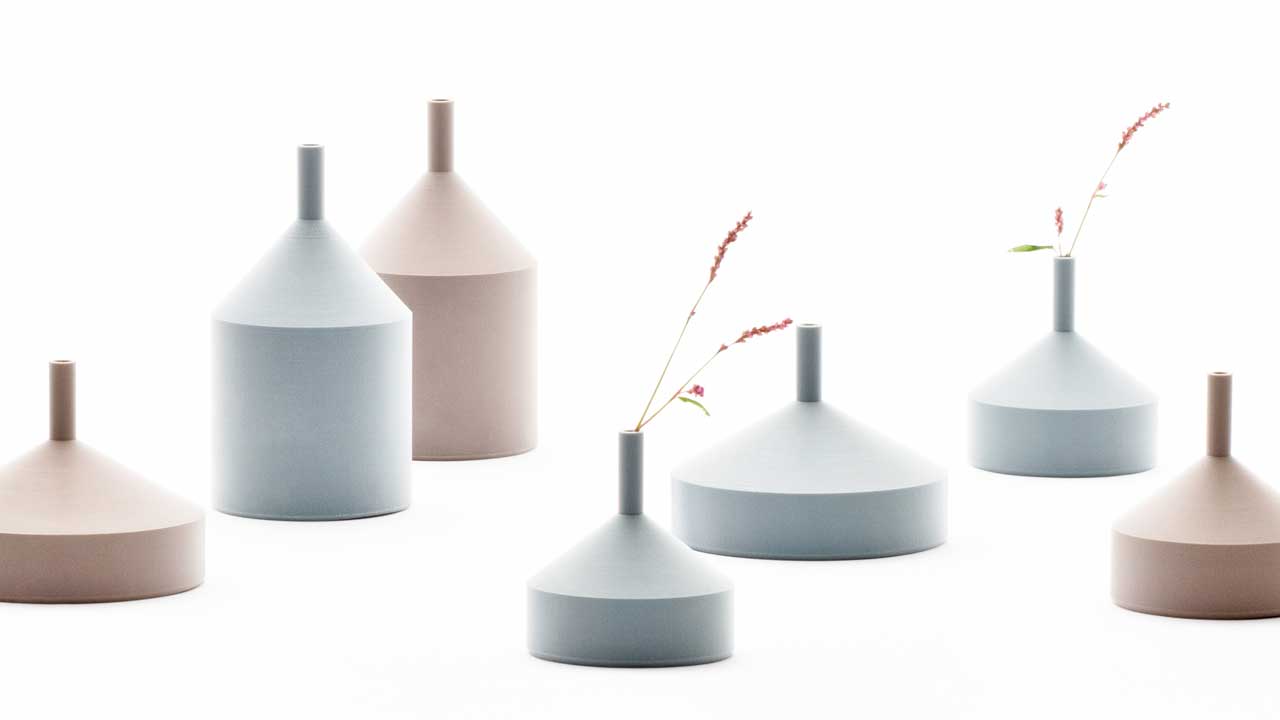 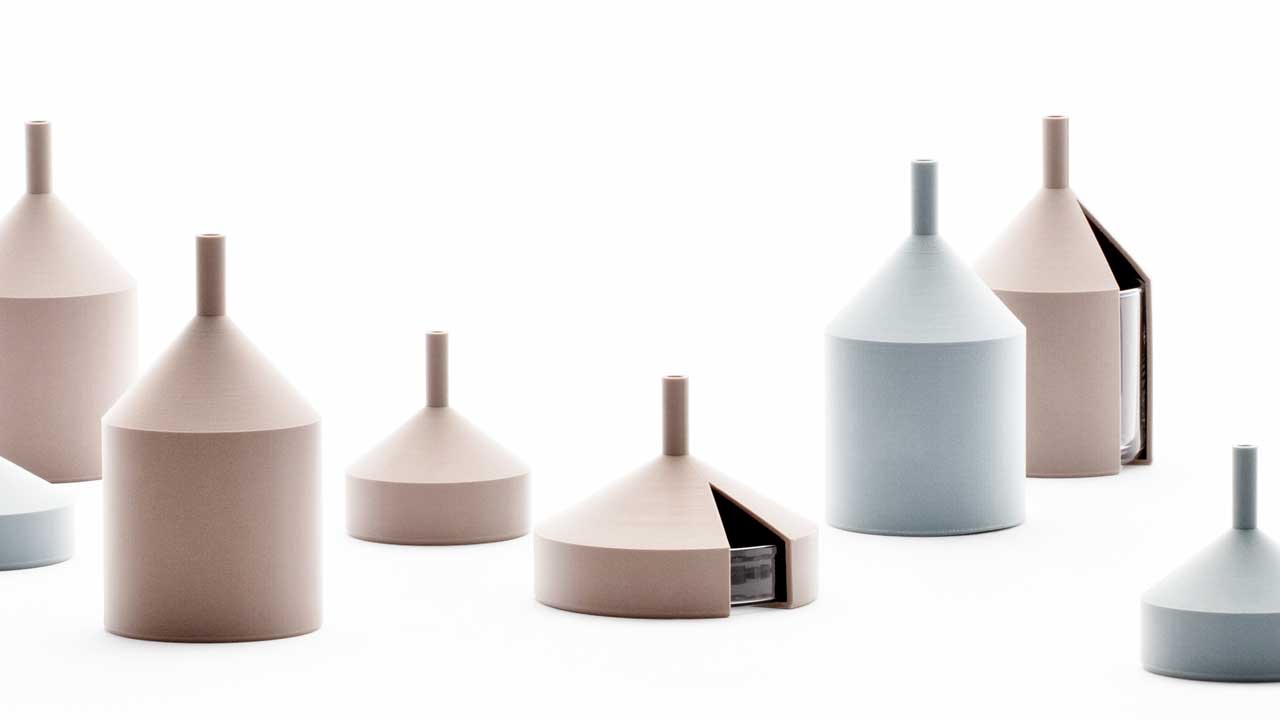 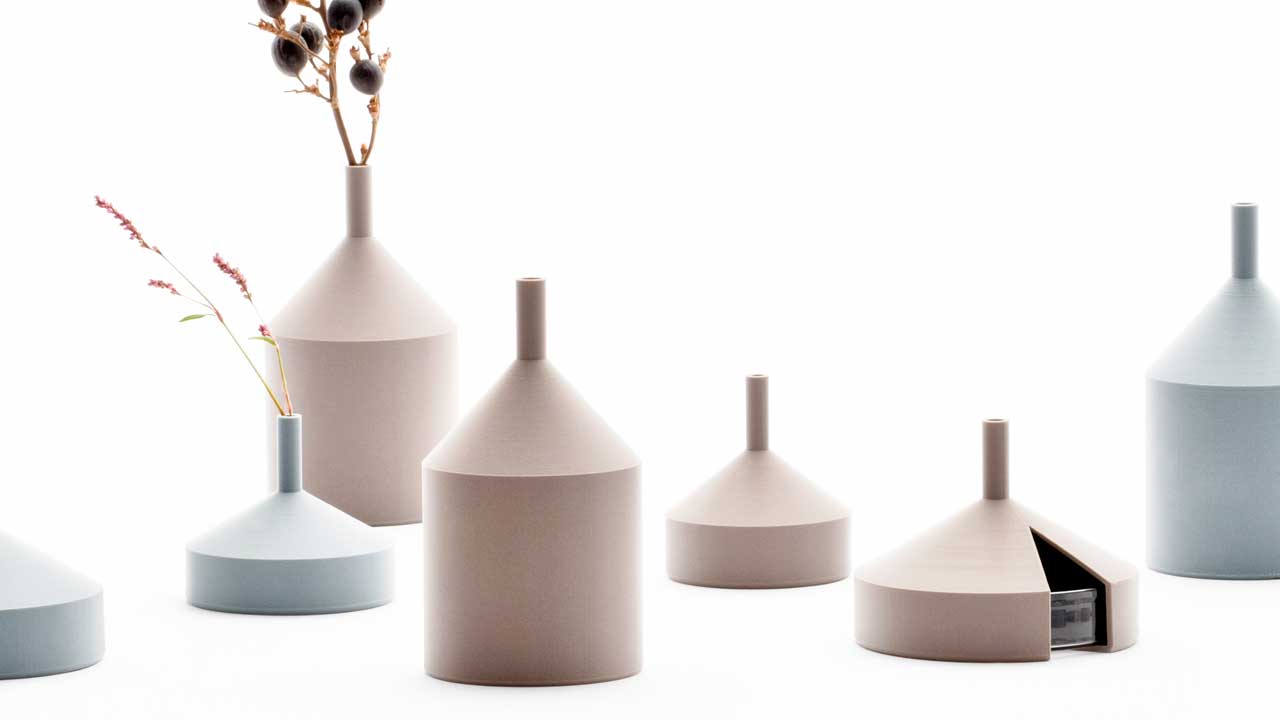 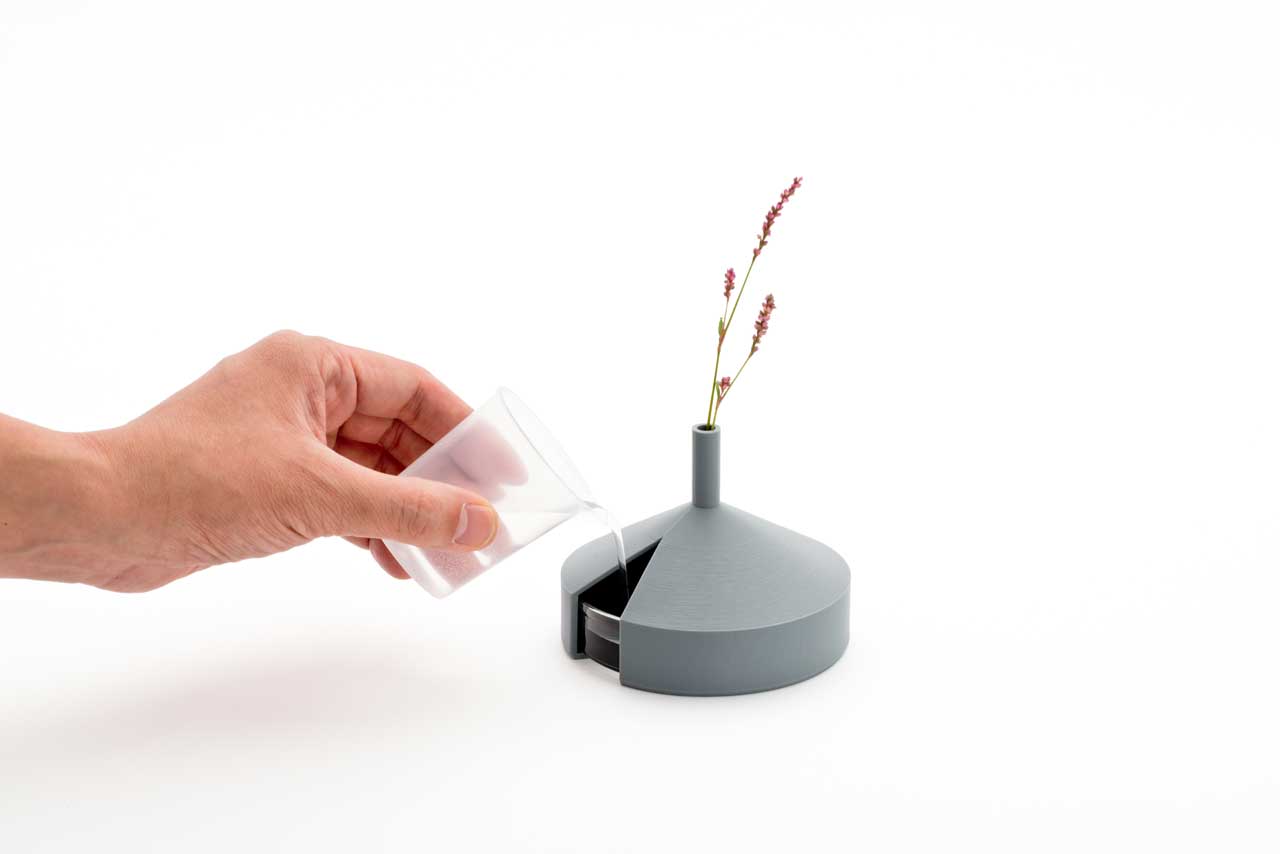 Designer Kazuya Koike, founder of Osaka-based design studio Doogdesign, typically uses a 3D printer to prototype work during the design process, but visiting friends suggested using the same 3D printer to make a real object. Normally, when objects are created for purchase, they’re usually made on a high-end 3D printing machine and not the budget model residing in the Doogdesign office. Instead of looking down on the quality of the objects he could create, he flipped the script and used it to his advantage, resulting in the Unfinished vase. 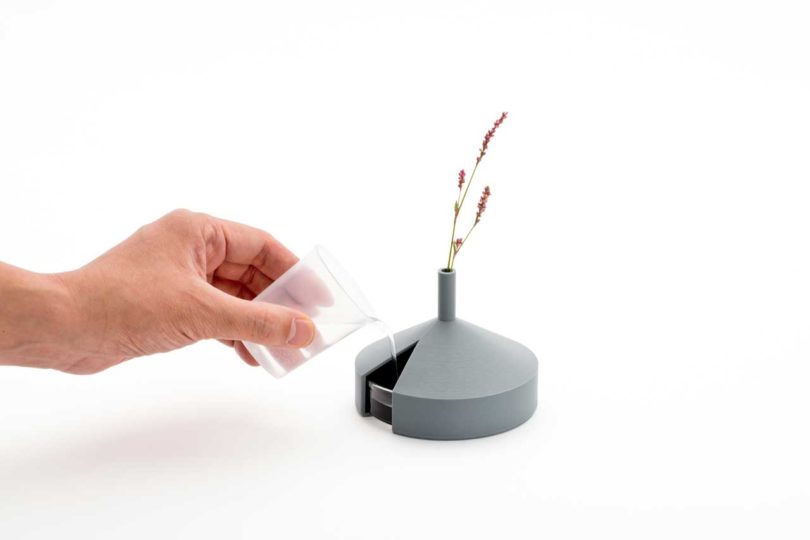 The vases resemble an upside down funnel with the spout open to hold flowers. Each vase reveals an opening that the 3D printer left unfinished making it available for a glass dish to be added to hold water. 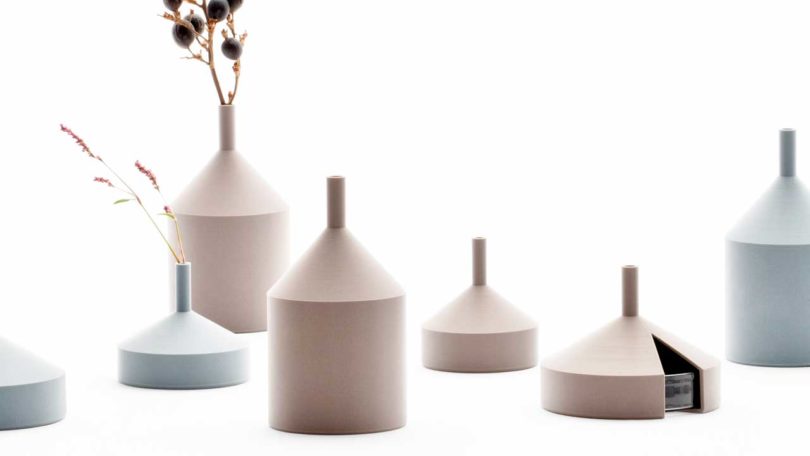 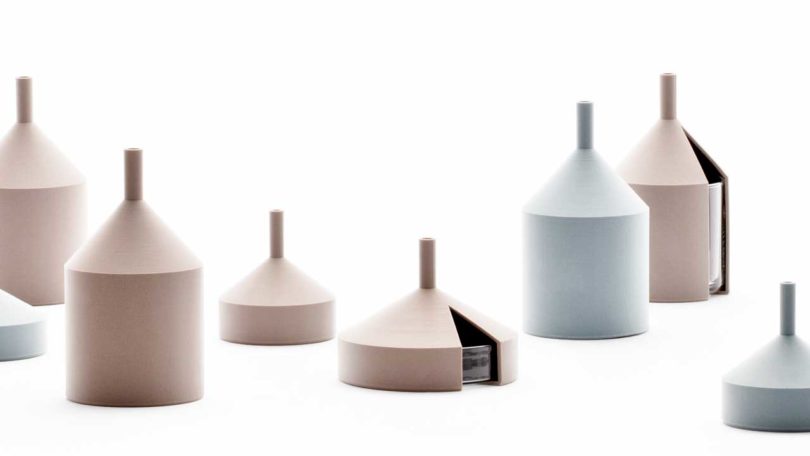 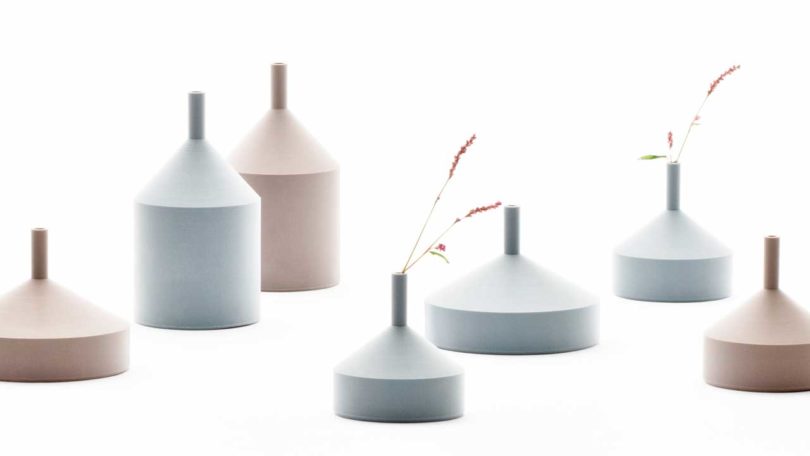 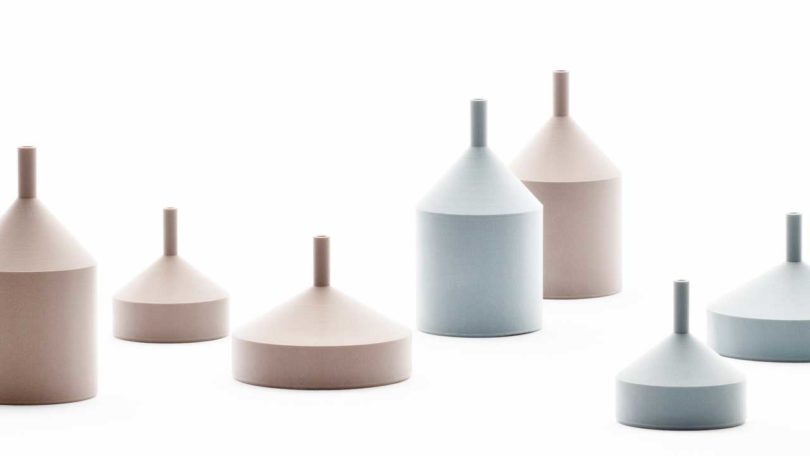 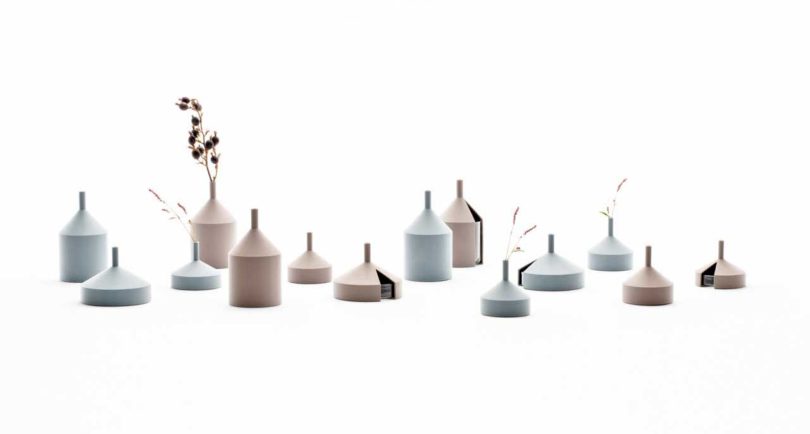 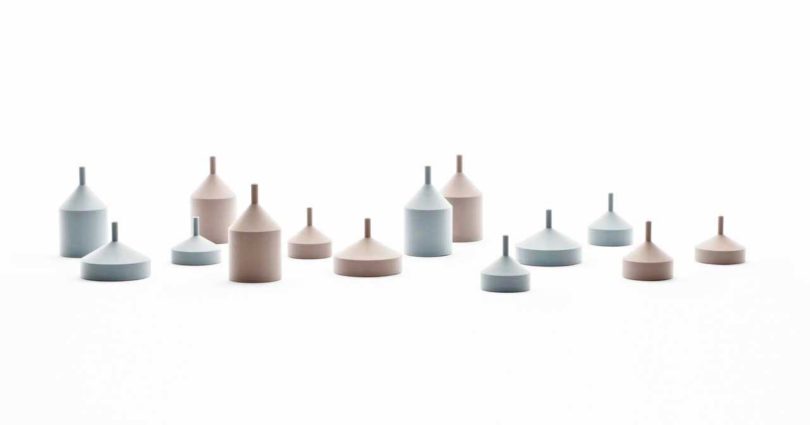