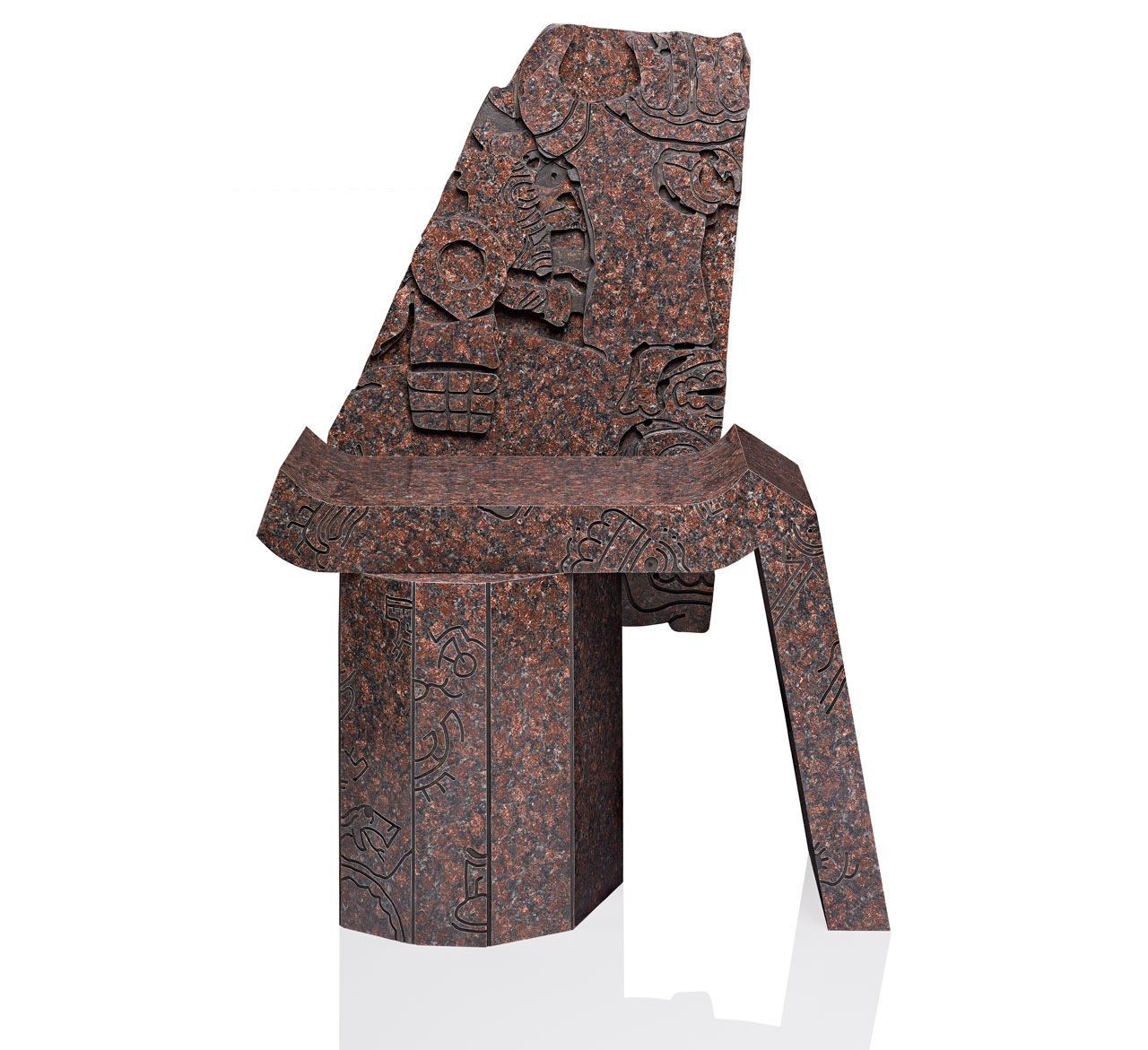 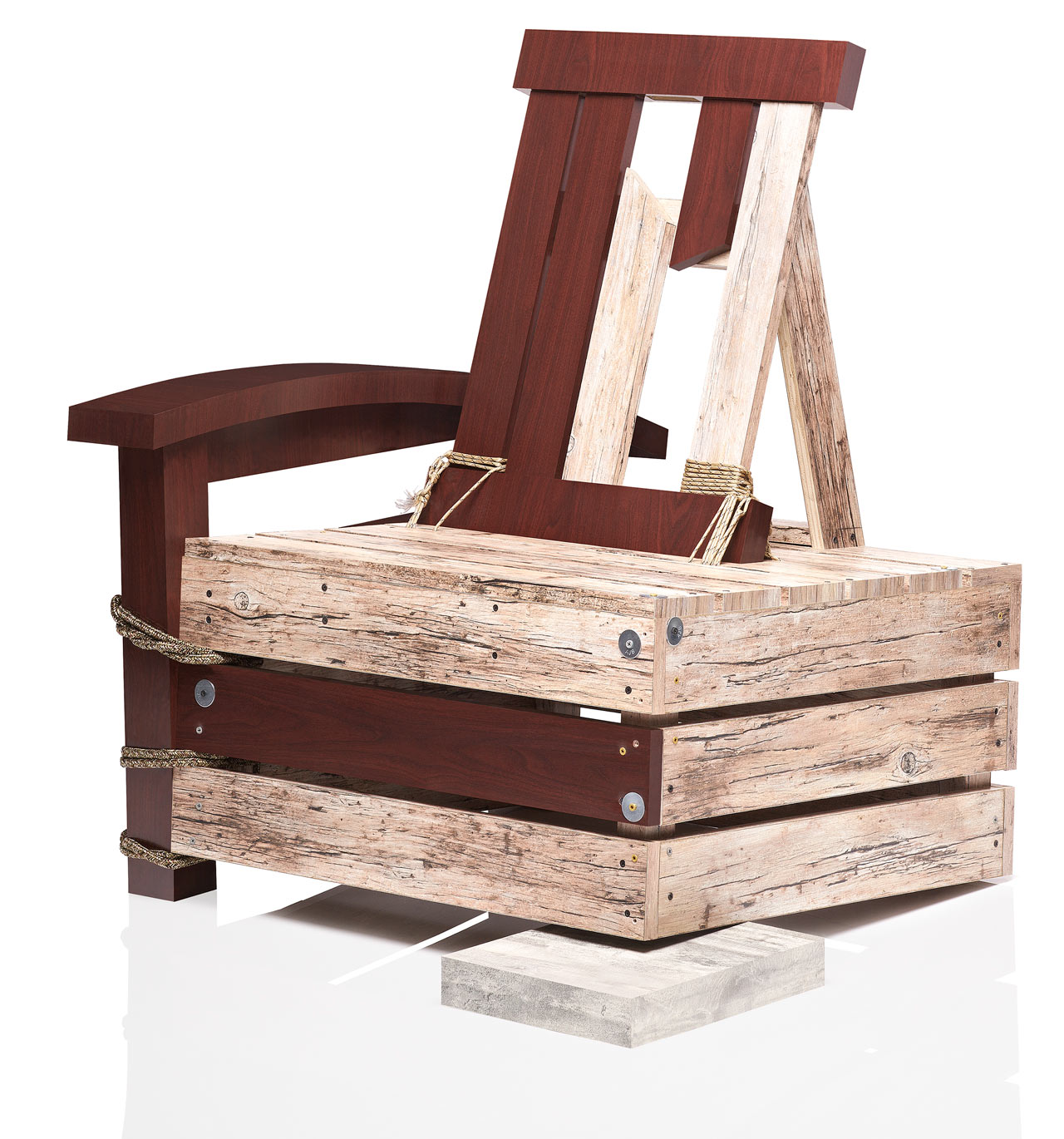 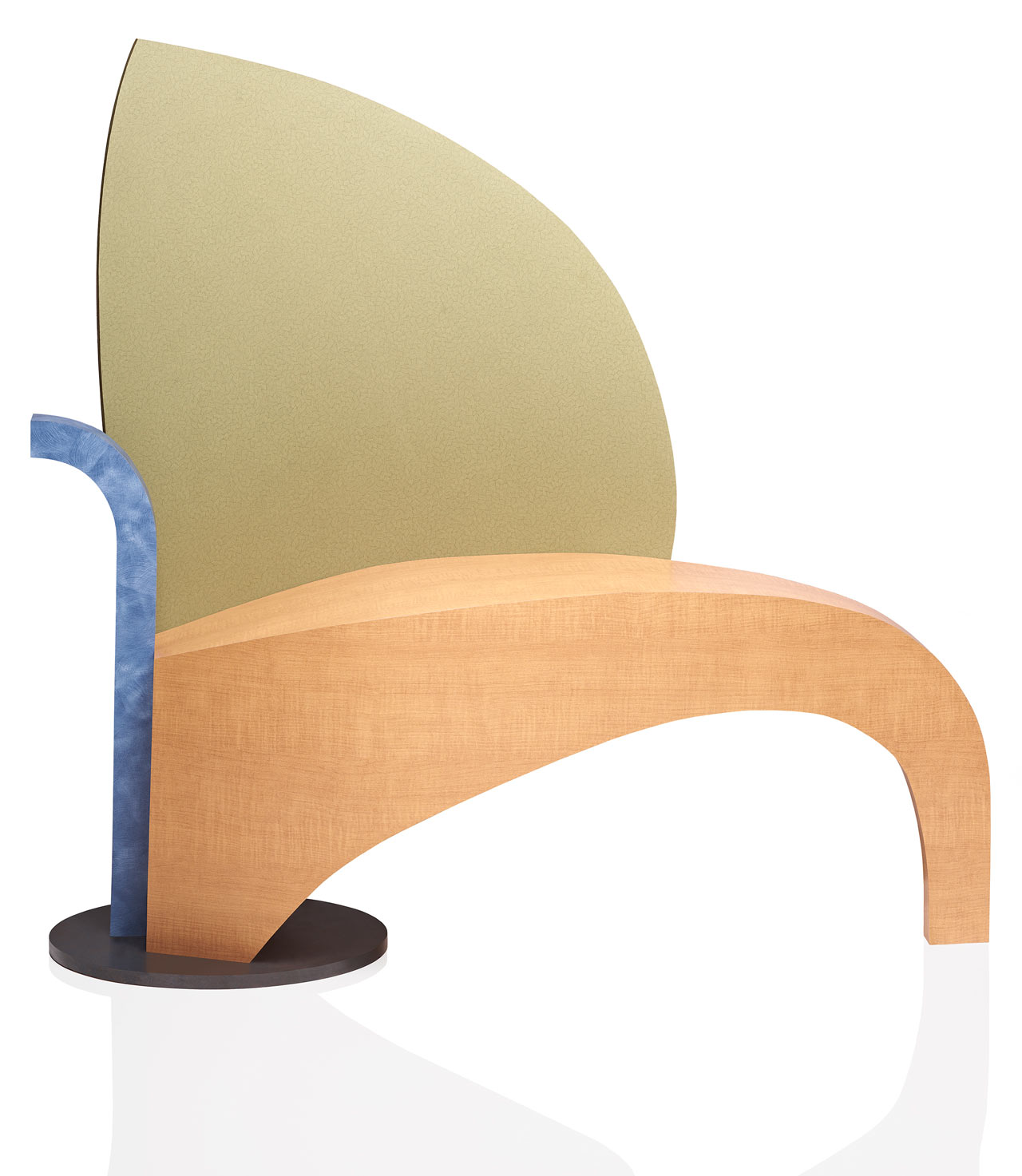 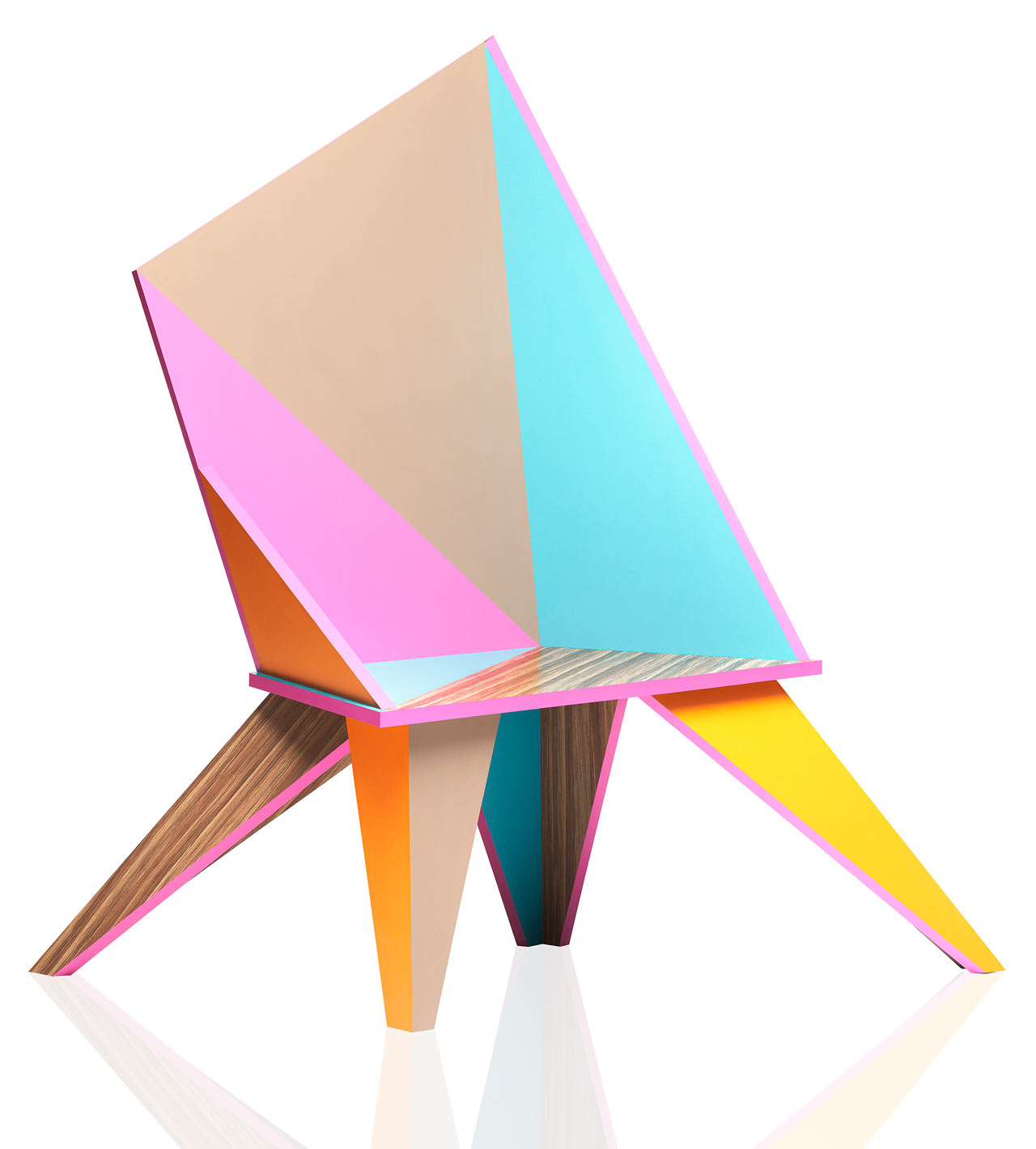 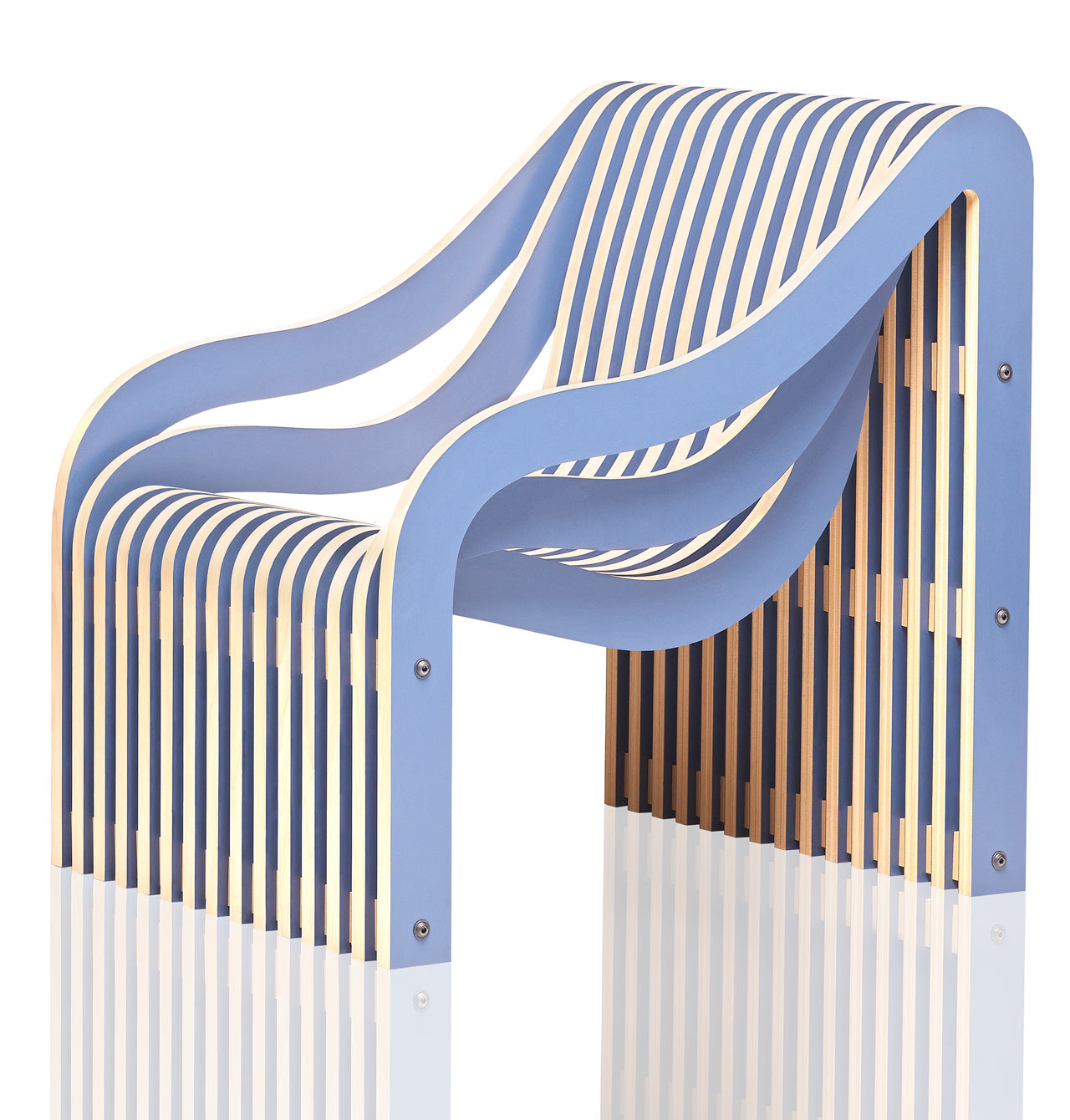 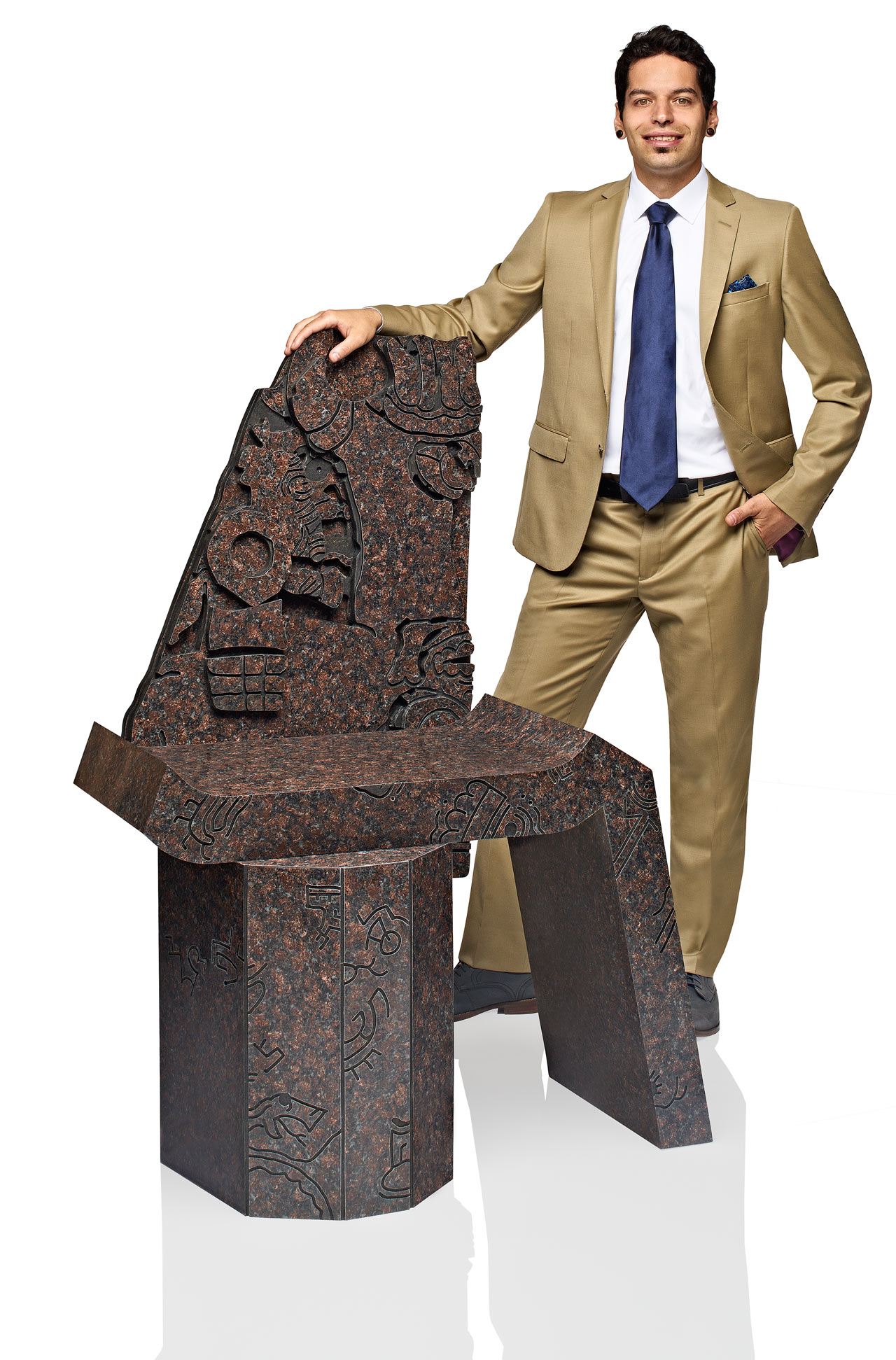 Have you been following our series on the Wilsonart Challenges Student Chair Design Competition? The students at San Diego State University worked with the theme “Borders, Boundaries and Mashup” using patterns from the Wilsonart® Laminate Collection and the results are in! Our very own Jaime Derringer was one of the judges and just last week during ICFF the winning chair and the five runners up were finally seen in public. Take a look. 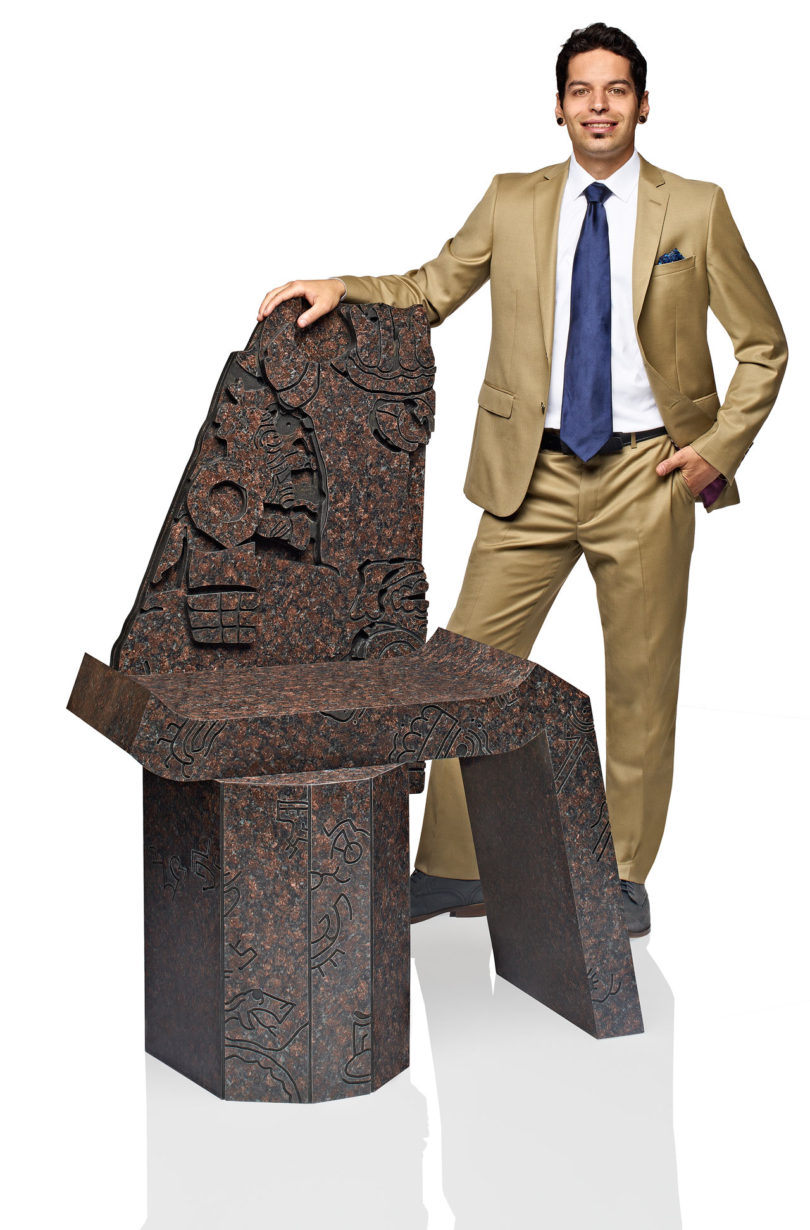 Matthew John Bacher’s chair, “A Piece of Tlaltecuhtli,” won this year’s competition and he incorporated the Milano Rosso laminate pattern for its resemblance to real stone. The sculptural chair looks at the politics of cultural appropriation with the hope of creating some type of visual dialogue. Bacher was inspired by the giant Tlaltecuhtli Monolith that was excavated at Museo del Templo Mayor in Mexico City in 2006. 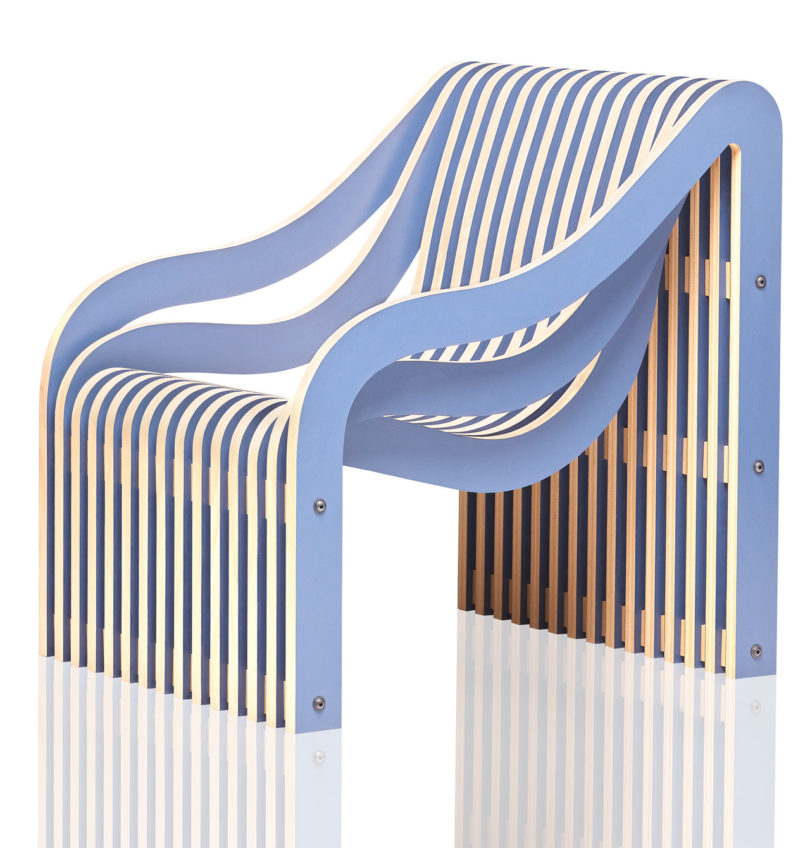 The Waves chair, by Anna Karreskog, takes a look at the waves of an ocean as they hit the shores in San Diego, while playing with positive and negative space in its structure.

Richard Lopez’s NEW ORDER borrows from traditional stone columns, as if one had been cut in half, revealing its red center. Without the form’s flared column end or the square mortise leg working together, the bench wouldn’t function, much like the manmade world wouldn’t be able to exist without the natural world. 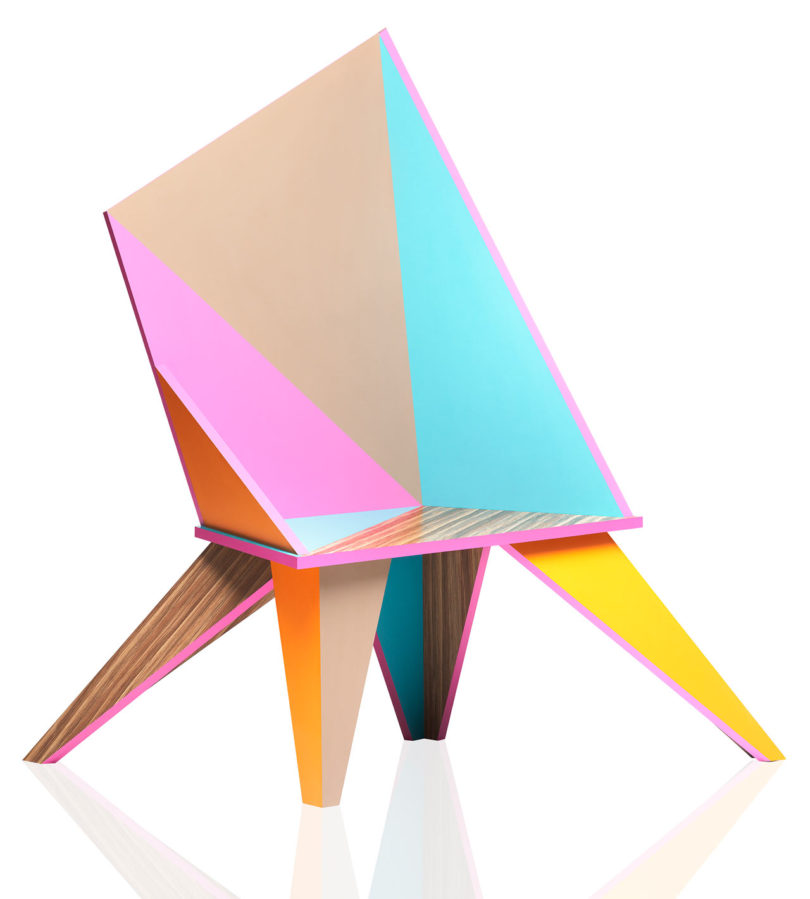 Megan Acera’s chair is called Joyful Frustration and it’s bursting with colors, angles, and patterns, referencing the feeling of wanting something you can’t have and the feelings that come up when we can’t have what we desire. The overall design evokes the feelings of chaos and frustration. 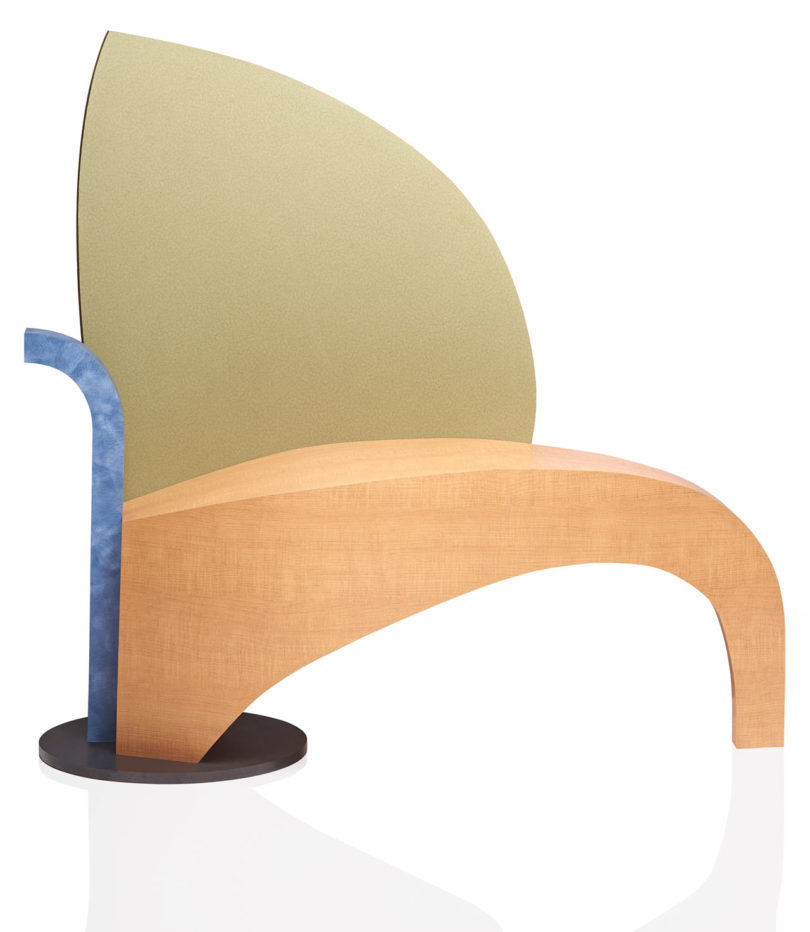 Origins is by Casselle Reinke, who was inspired by the unique landscape of San Diego, from the desert mountains to the Pacific Ocean to the green leaves of a palm tree. 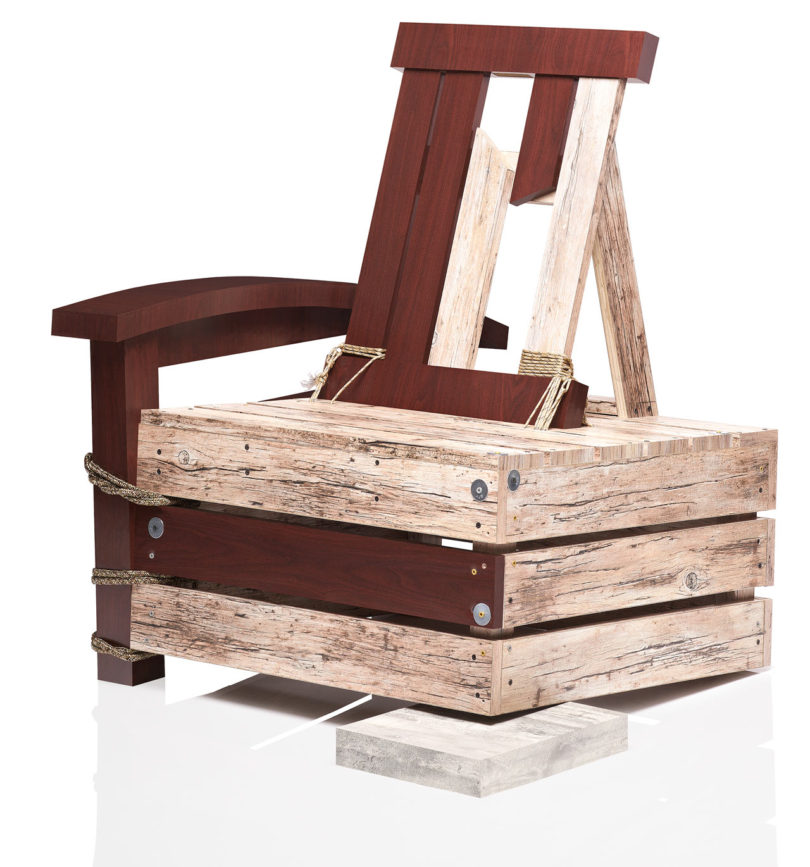 Chuck Thompson takes a look at San Diego being one of the most well-off communities of homeowners while having the 4th largest homeless population in the U.S. That duality shows in Home Less Home, which represents how the diverse population must live together.