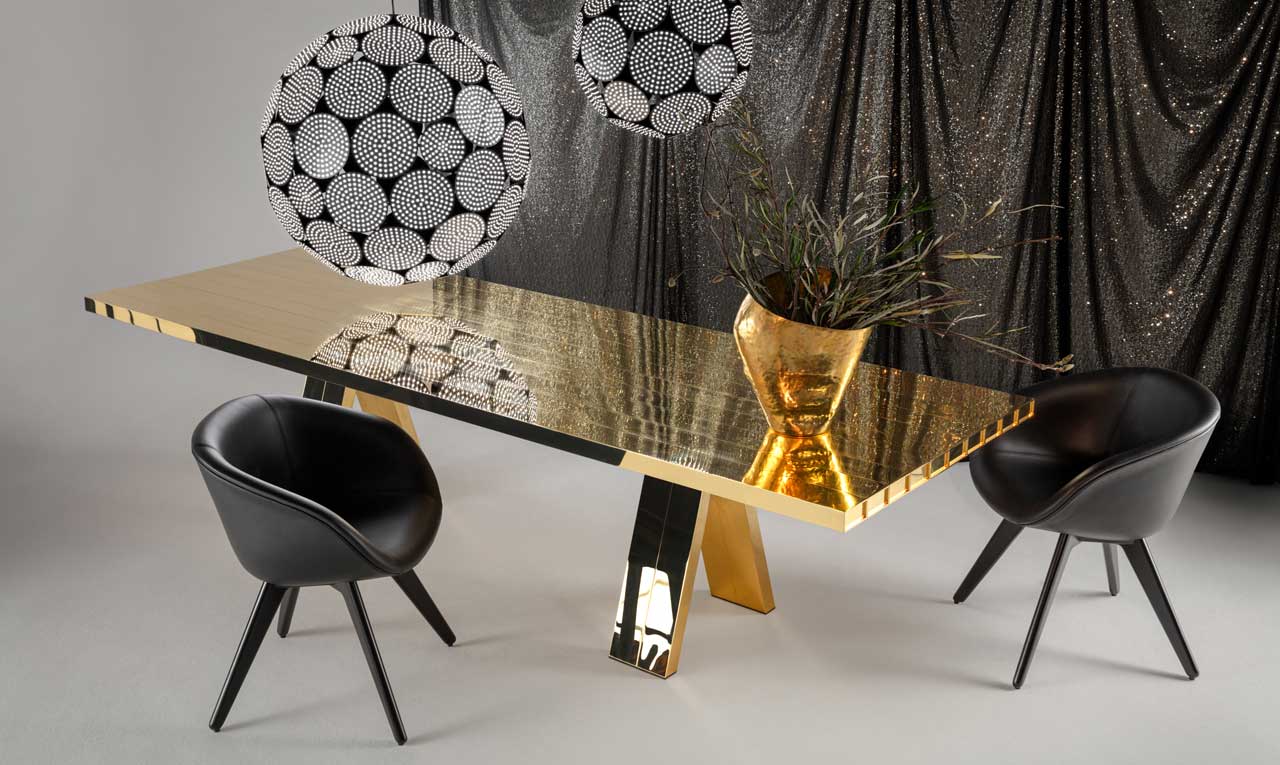 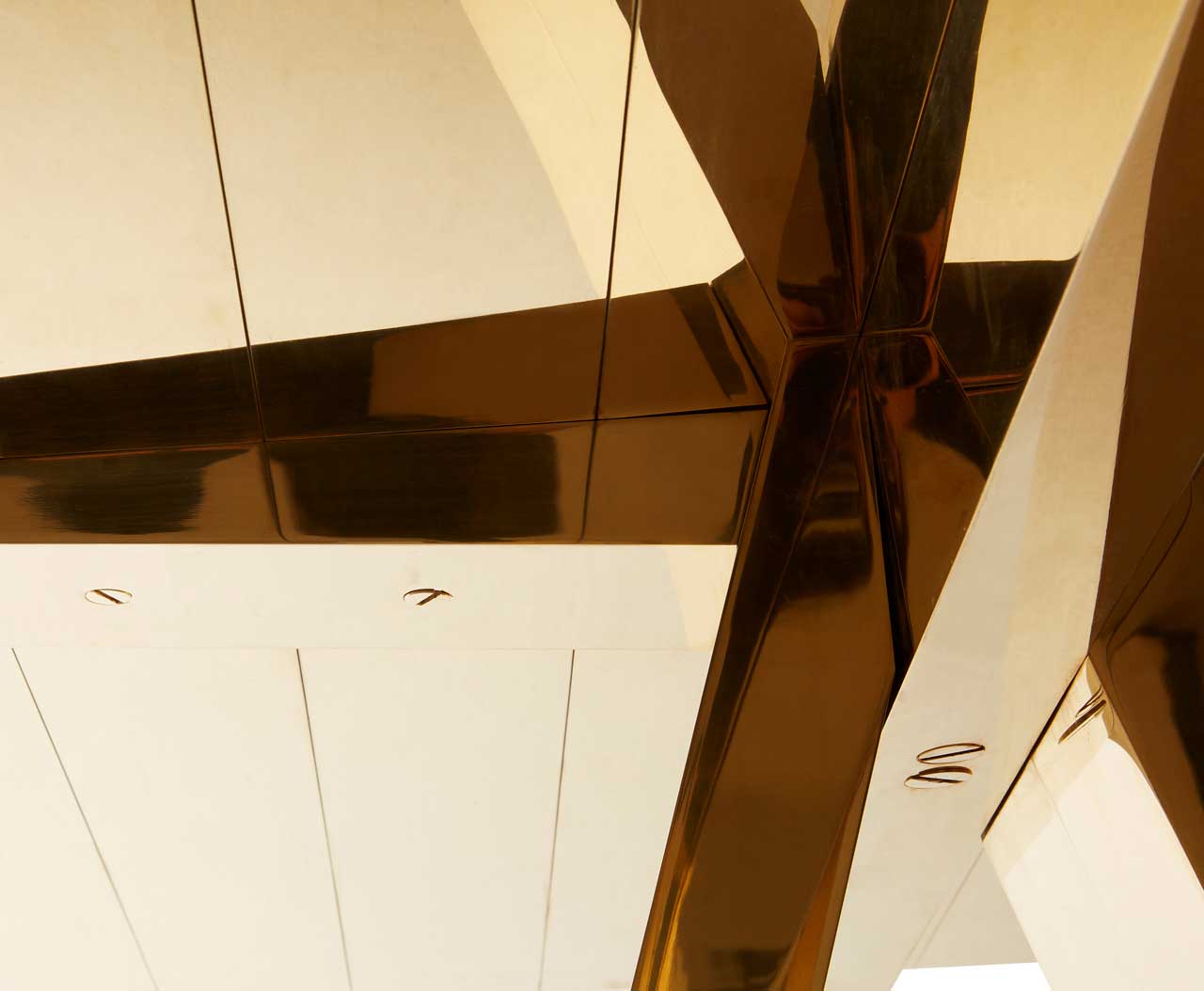 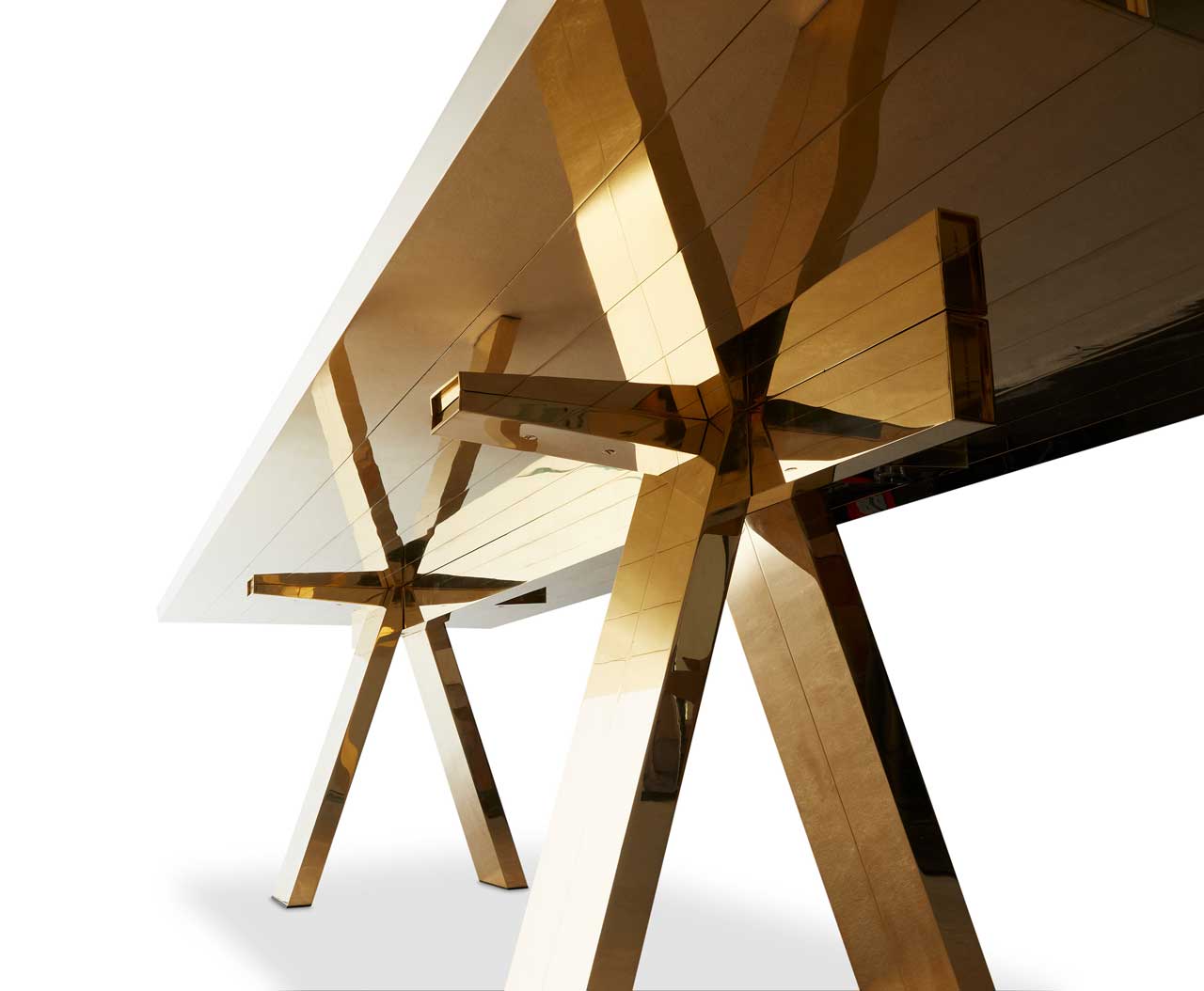 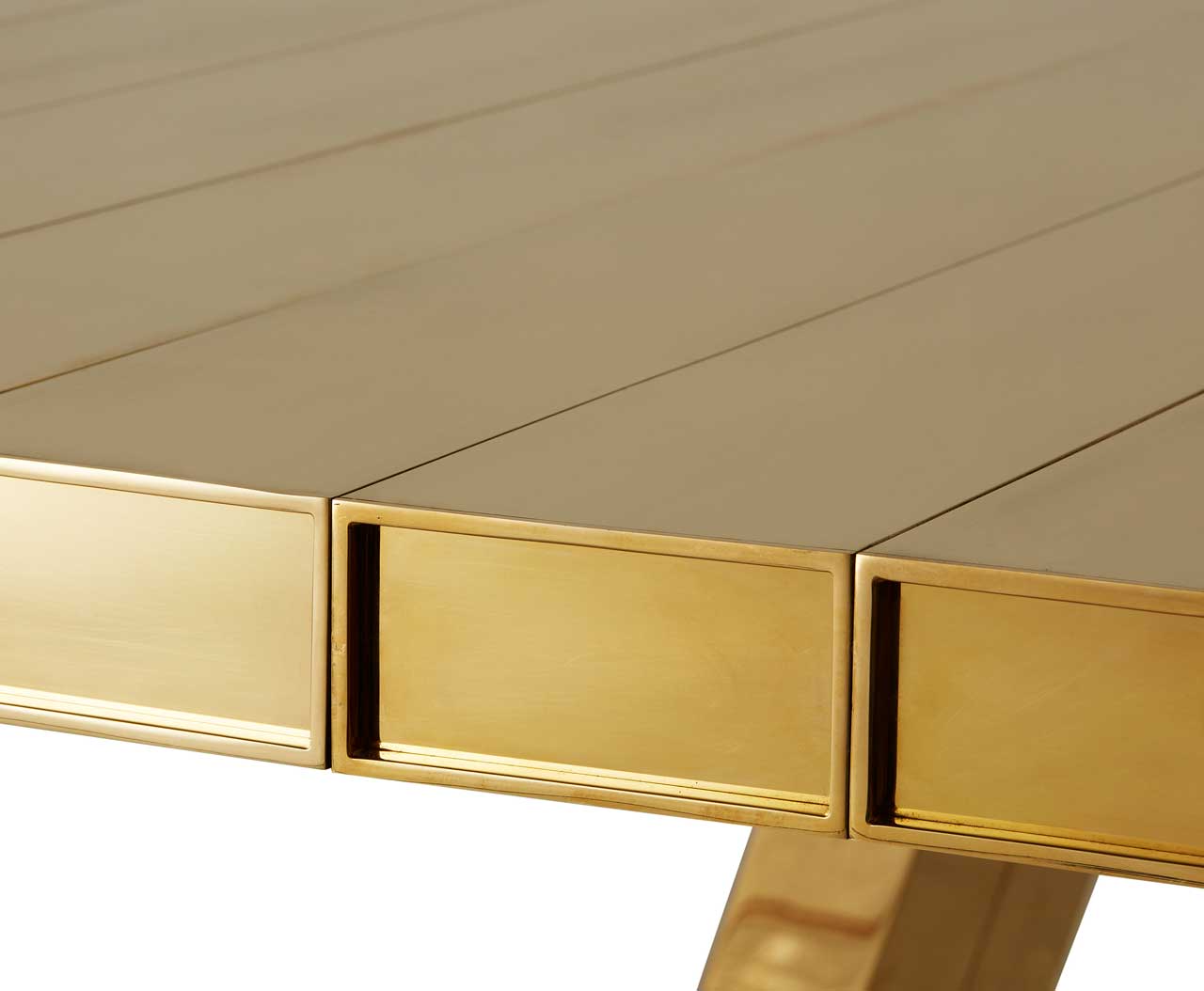 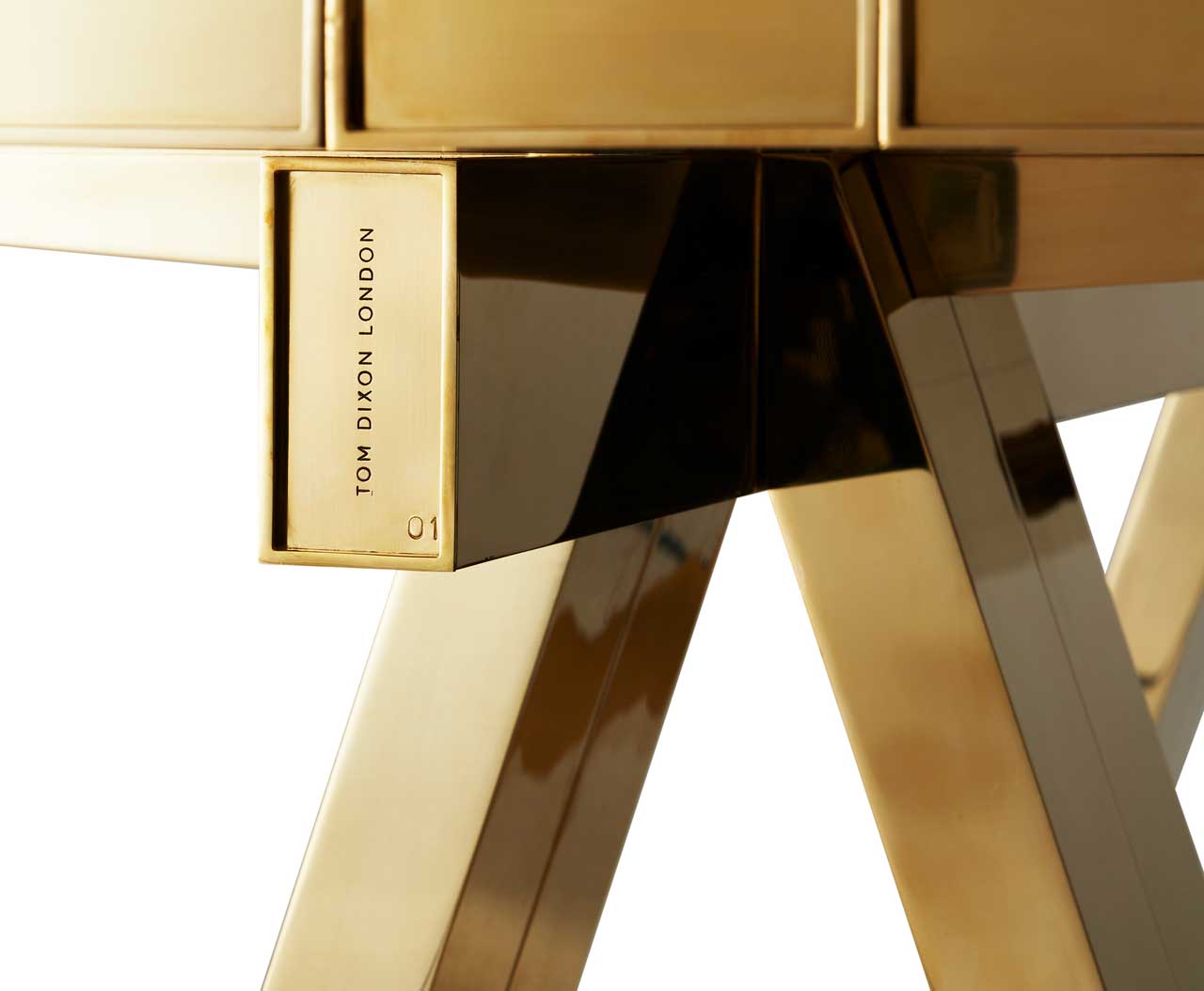 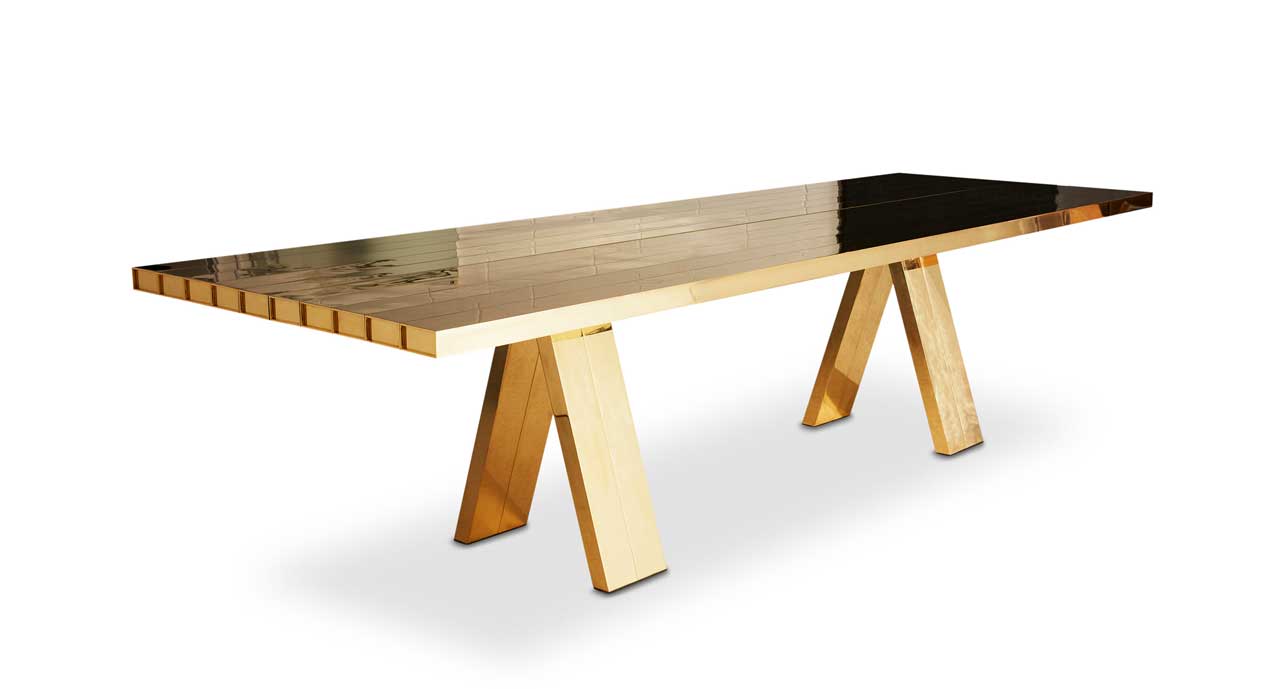 In lieu of launching in Milan at Manzoni, Tom Dixon has virtually released a massive dining table that easily doubles as a sculpture. MASS takes on a simple form constructed from the oft-used plank in furniture design, but instead of being made of wood, the table is made out of a single extruded box section of brass. The result is a highly polished golden hued design that transforms the archetype of a dining table into a solid brass sculpture. 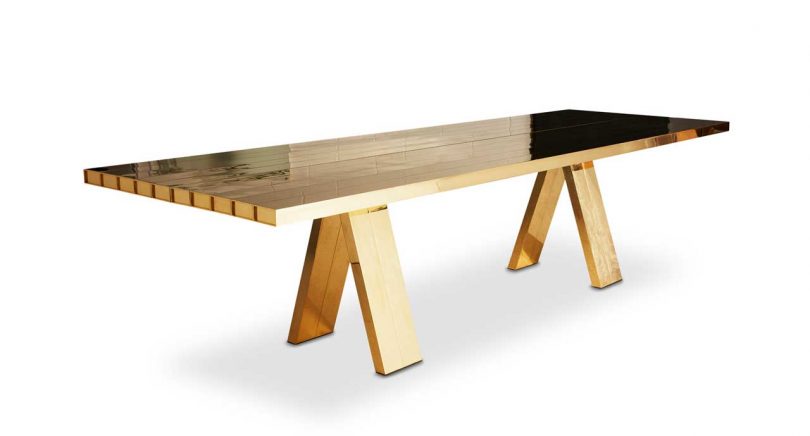 We wanted to create something super-basic in terms of construction so that it’s very reduced, minimal and logical. Yet simultaneously it’s the opposite in aesthetics, in that it is extremely precious and desirable. 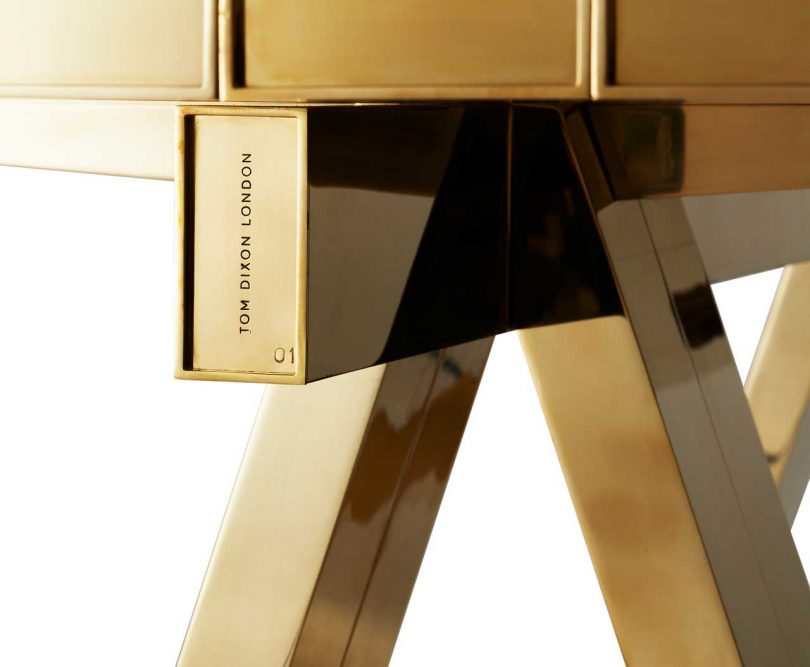 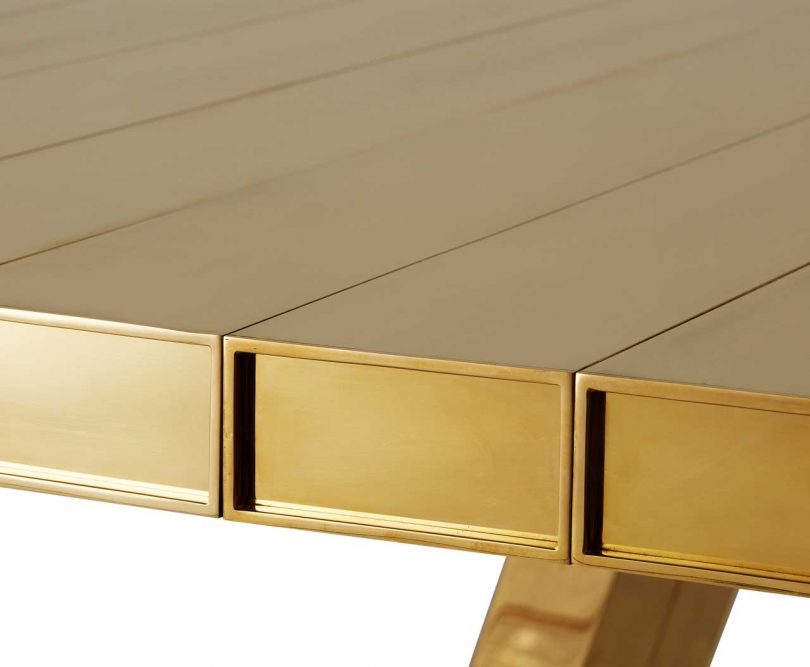 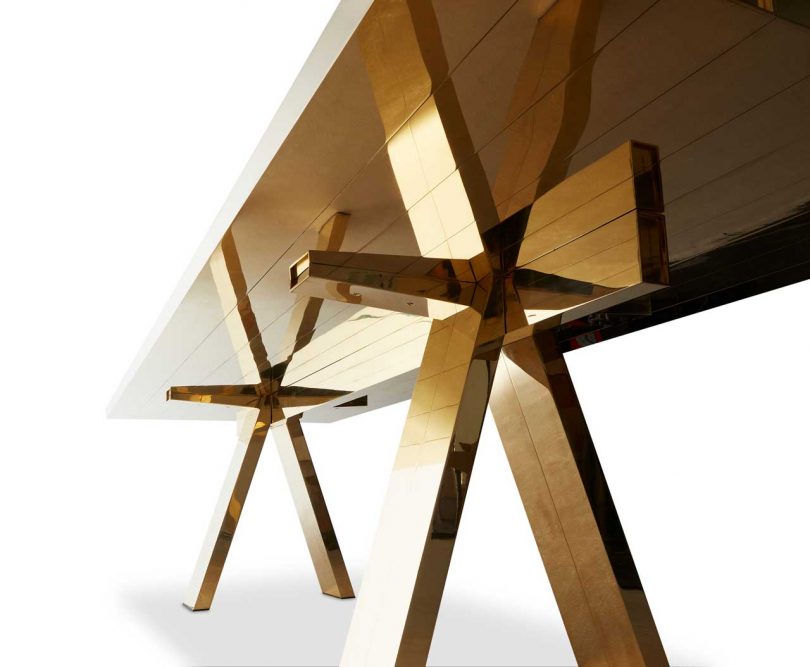 Eventually, the rectangular plank will be used in various configurations as a made-to-measure construction set that architects and interior designers can use to make their own MASS piece. 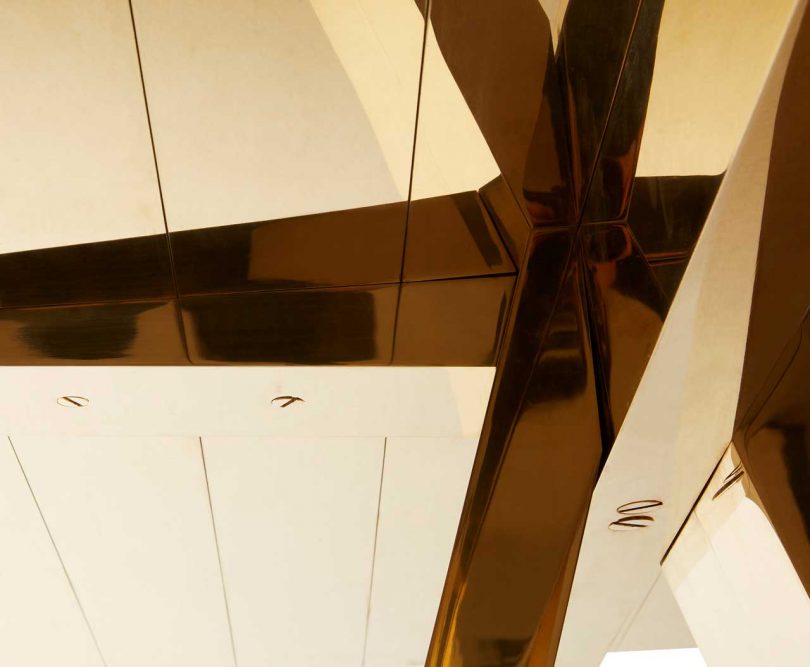