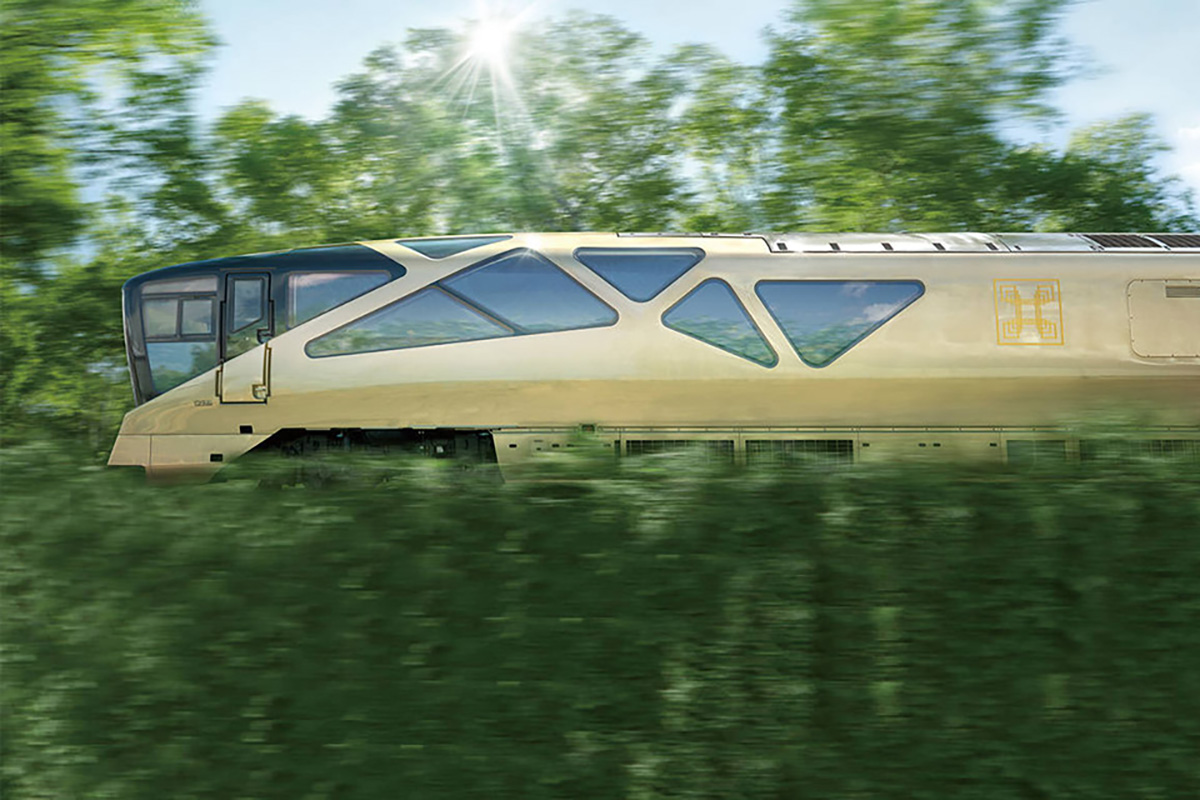 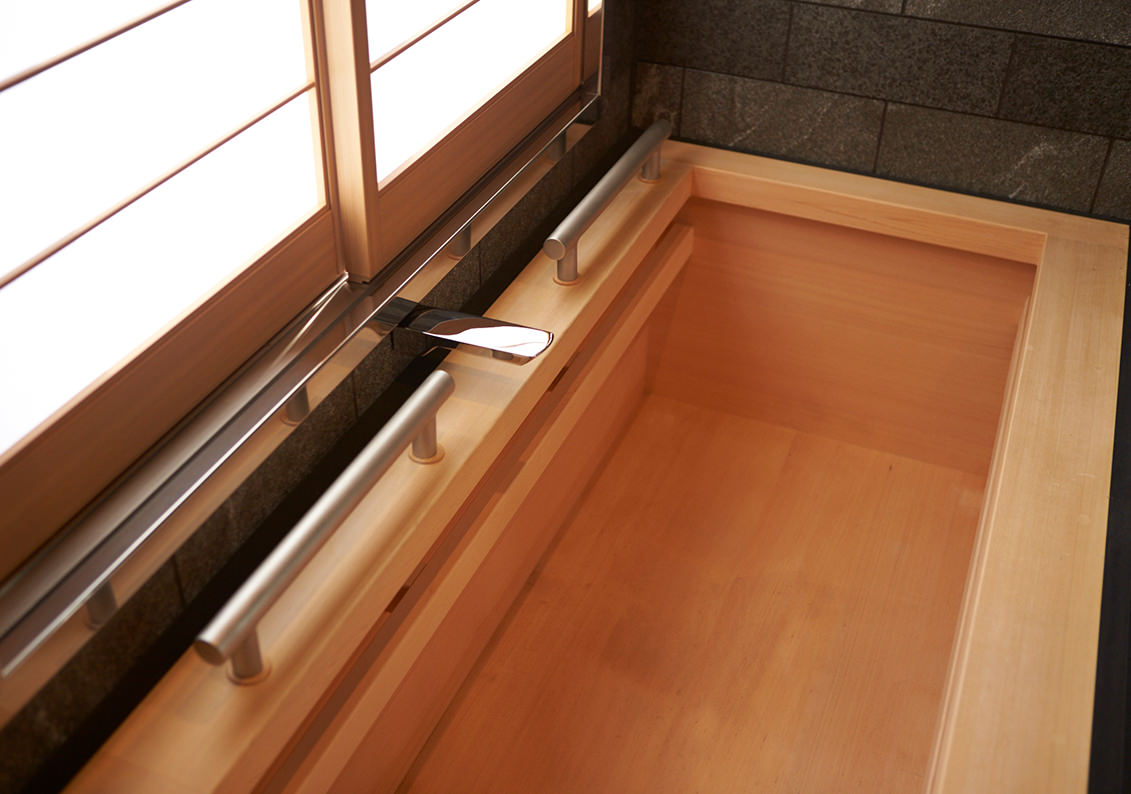 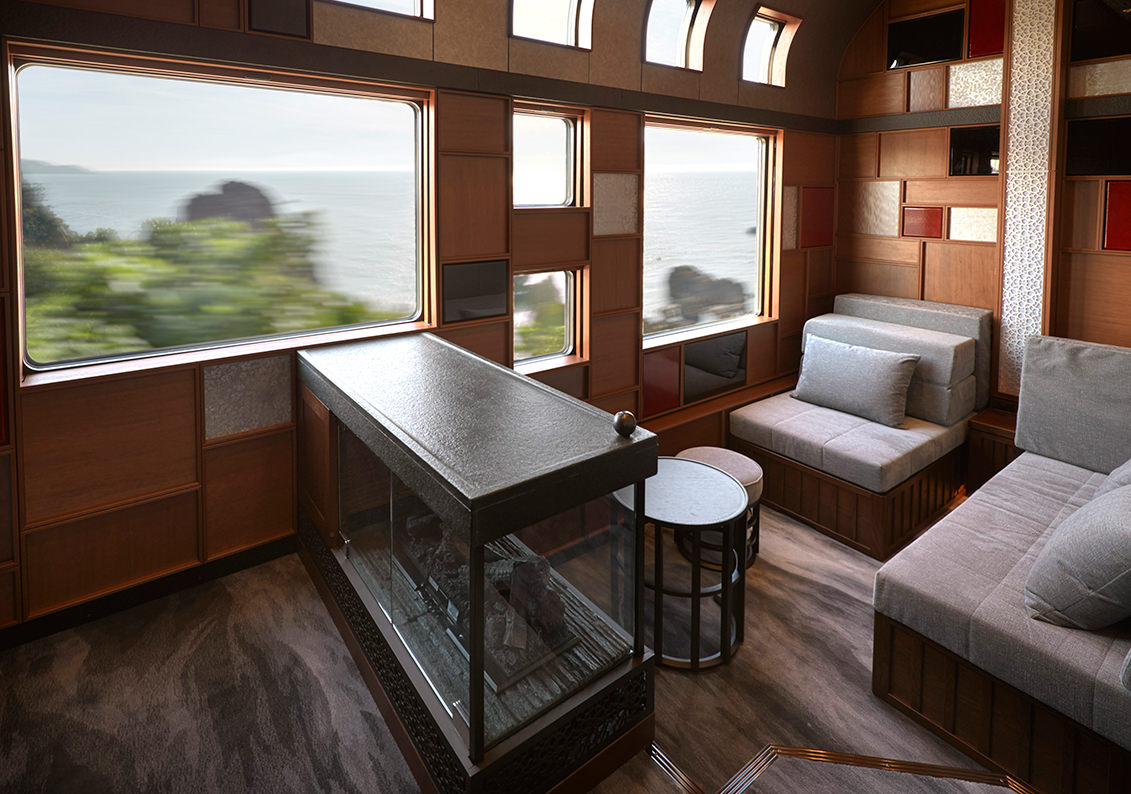 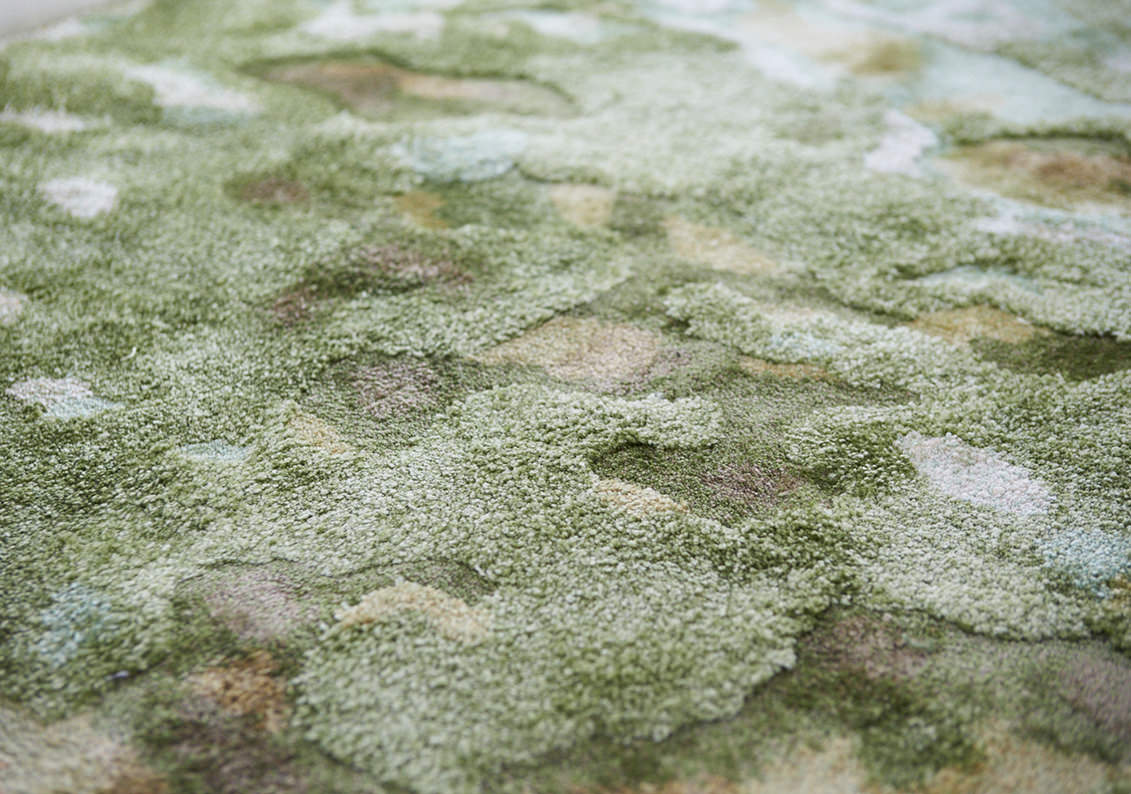 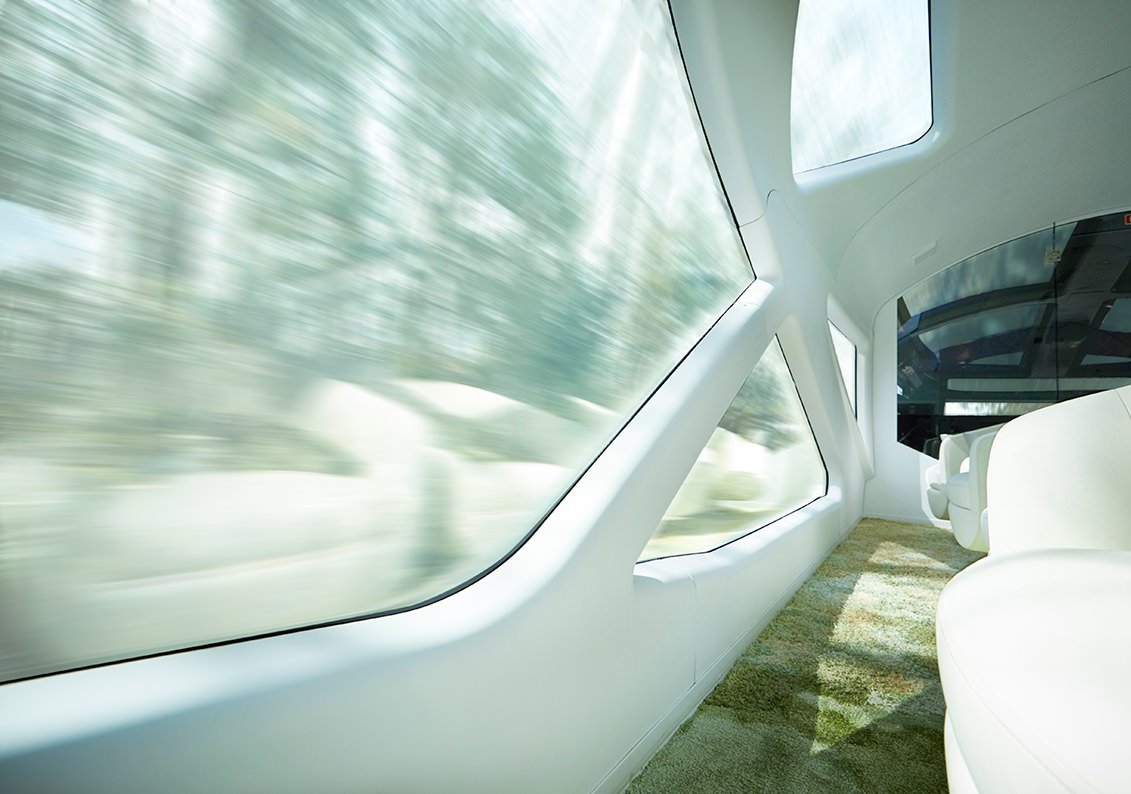 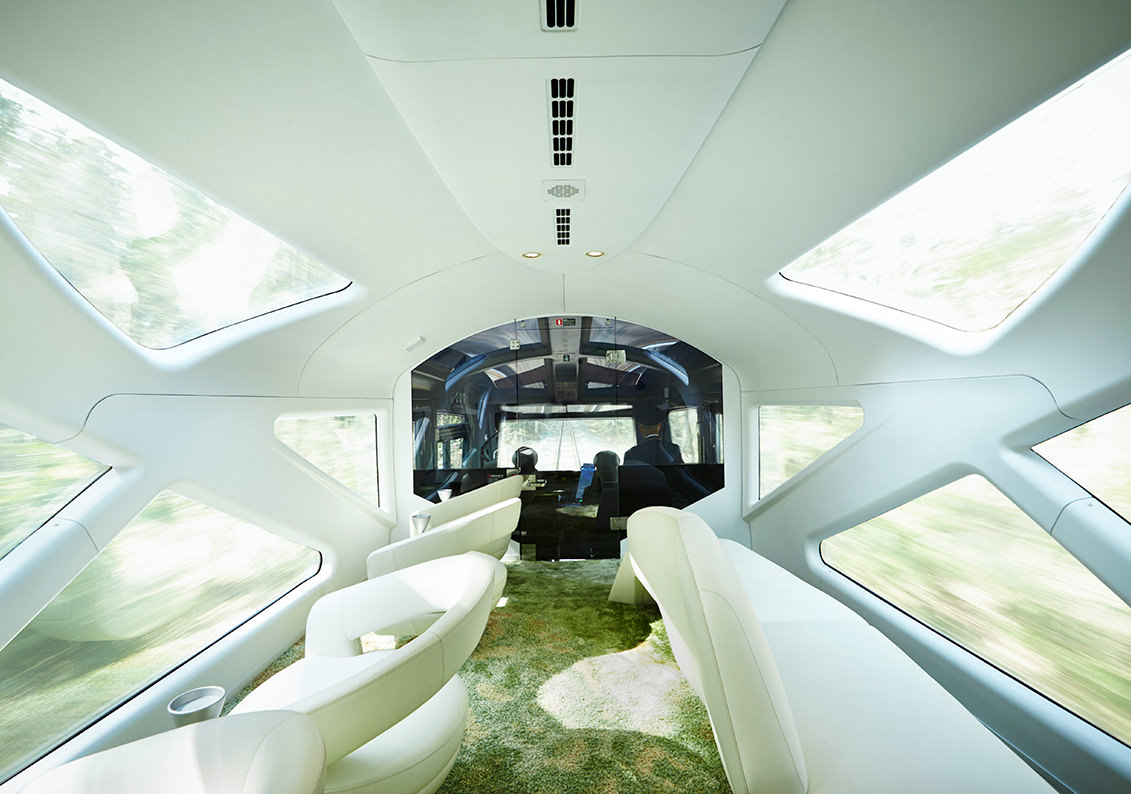 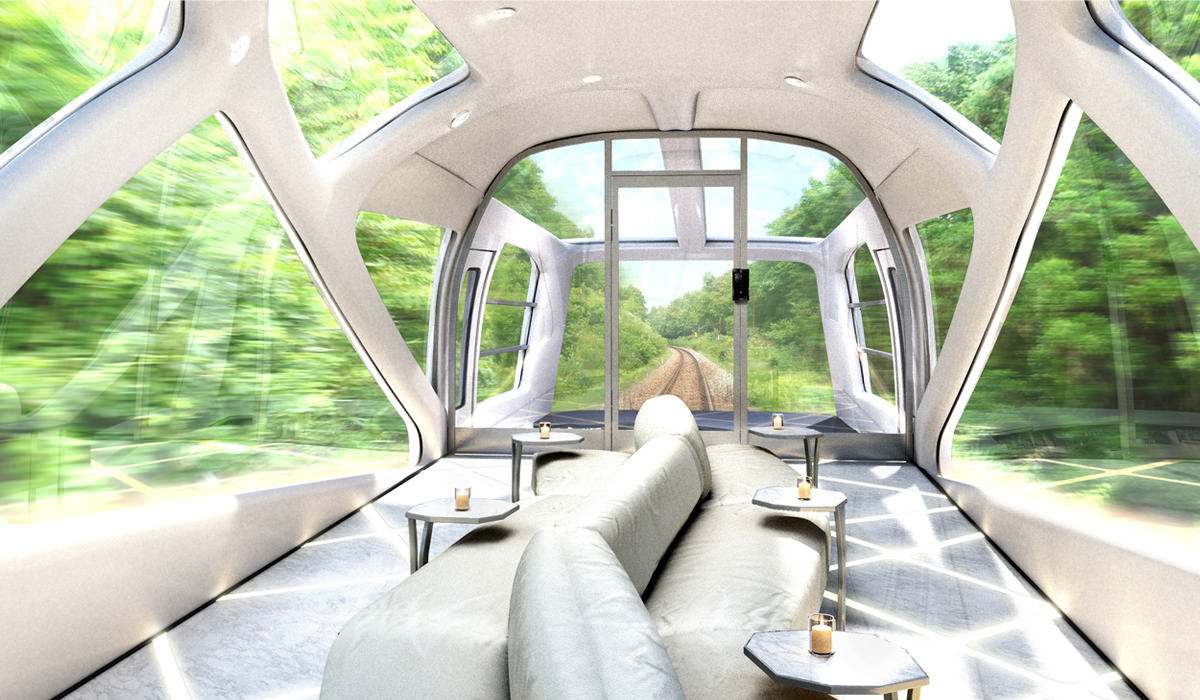 If you’ve ever visited Japan, you already likely know it’s a destination best explored by railway. The combination of the country’s mountainous landscape bordered by endless coastline further enhanced by the attentive nature of Japanese transportation culture rewards all that climb aboard one of the numerous systems servicing the country. The Shiki-shima (‘island of the four seasons’) train might stand as the most exemplary of all modes of transportation in Japan, a luxe journey leisurely winding to the island of Hokkaido from Tokyo with the lavish comforts of a five star hotel.

An expanse of white minimalist furnishings set against a forest theme welcomes guests into the train’s primary shared spaces, a theme envisioned by Kiyoyuki “Ken” Okuyama – the former Chief Designer at General Motors who also designed for Porsche AG, Ferrari Enzo, and Maserati Quattroporte. The futuristic design is intended to contrast and frame the woodland landscape that passes by at fairly modest speeds of 110 kilometers/68 miles per hour. 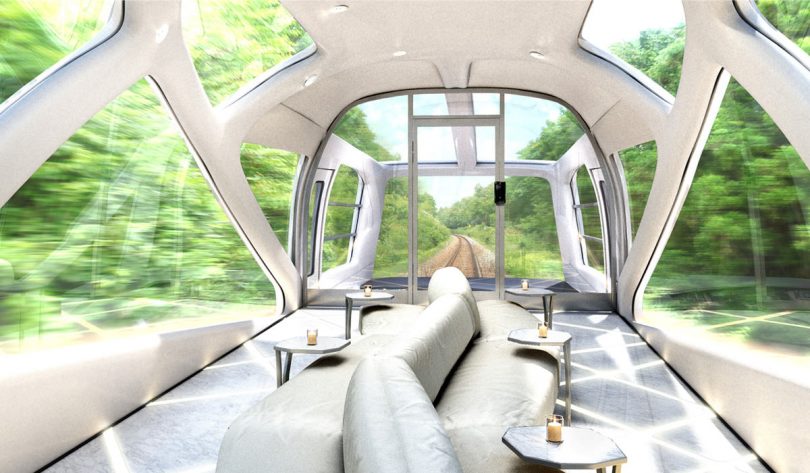 The first and last carriages are designated as observation cars, both lined with special contoured windows for optimal sightseeing of the “sunlight that streams through forest trees.” 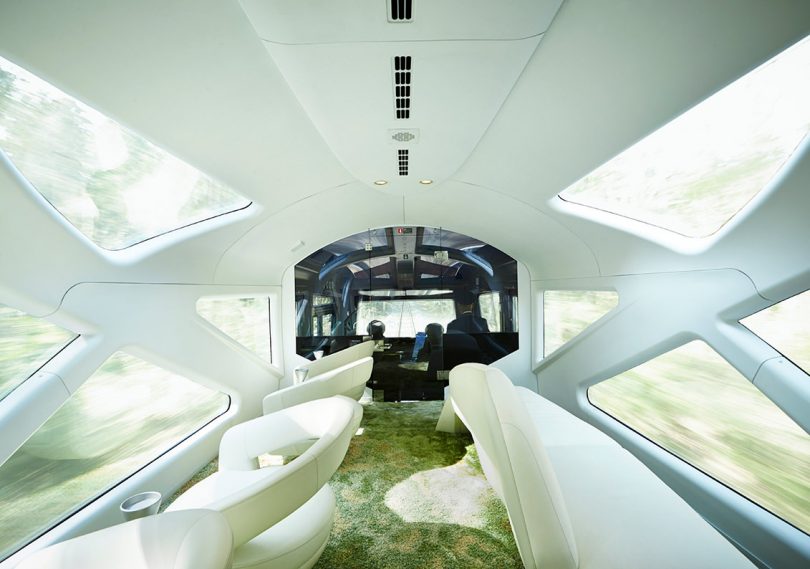 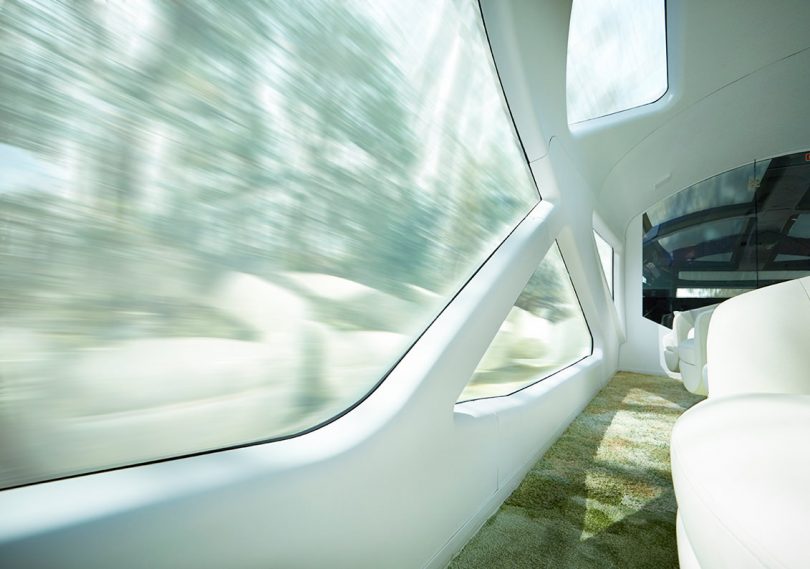 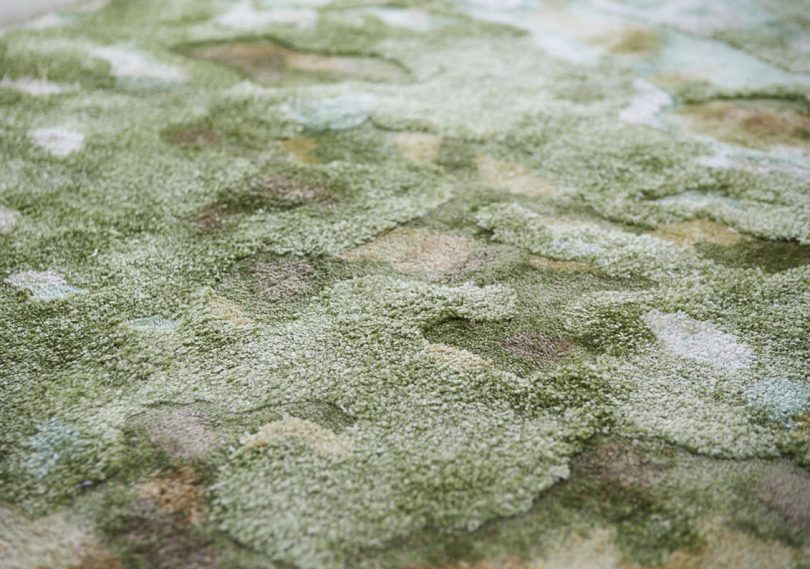 A detail of the mossy motif of the train’s carpet. 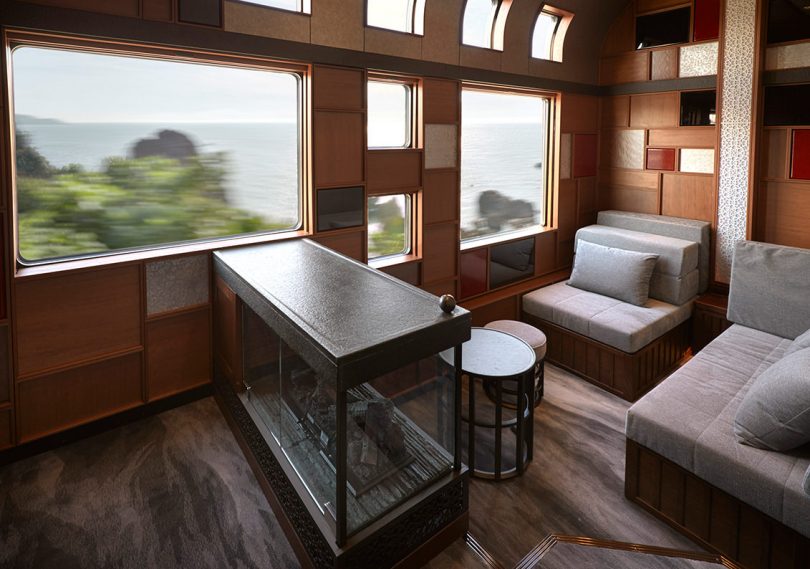 Every room is furnished with wall panels that use a very rare Joboji lacquer from Iwate Prefecture and closets that are designed to resemble traditional chests from Sendai City, displaying an uncompromising feeling of craftsmanship. 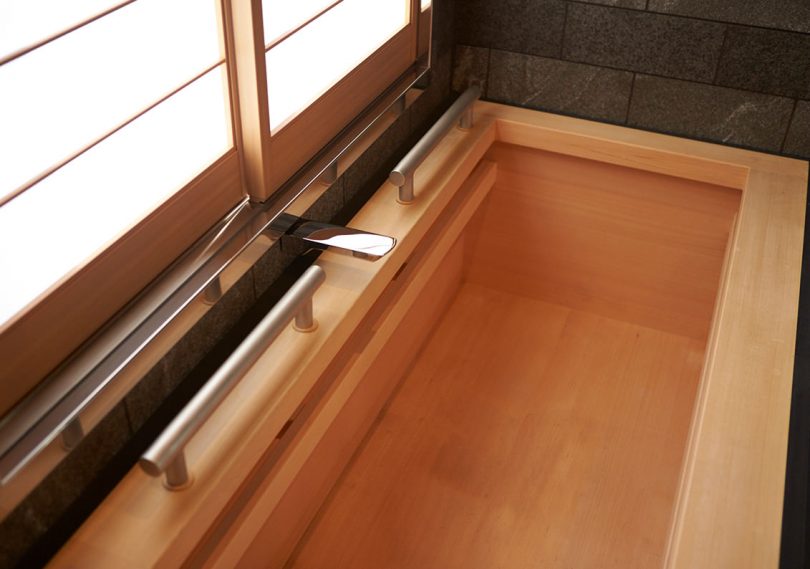 Despite the starting price of $4,400+ per passenger, the Shiki-shima train is regularly booked a year in advance, making this train operated by East Japan Railway Company (JR East) a highly desirable destination on wheels requiring an application via JR East with some forethought and luck involved.