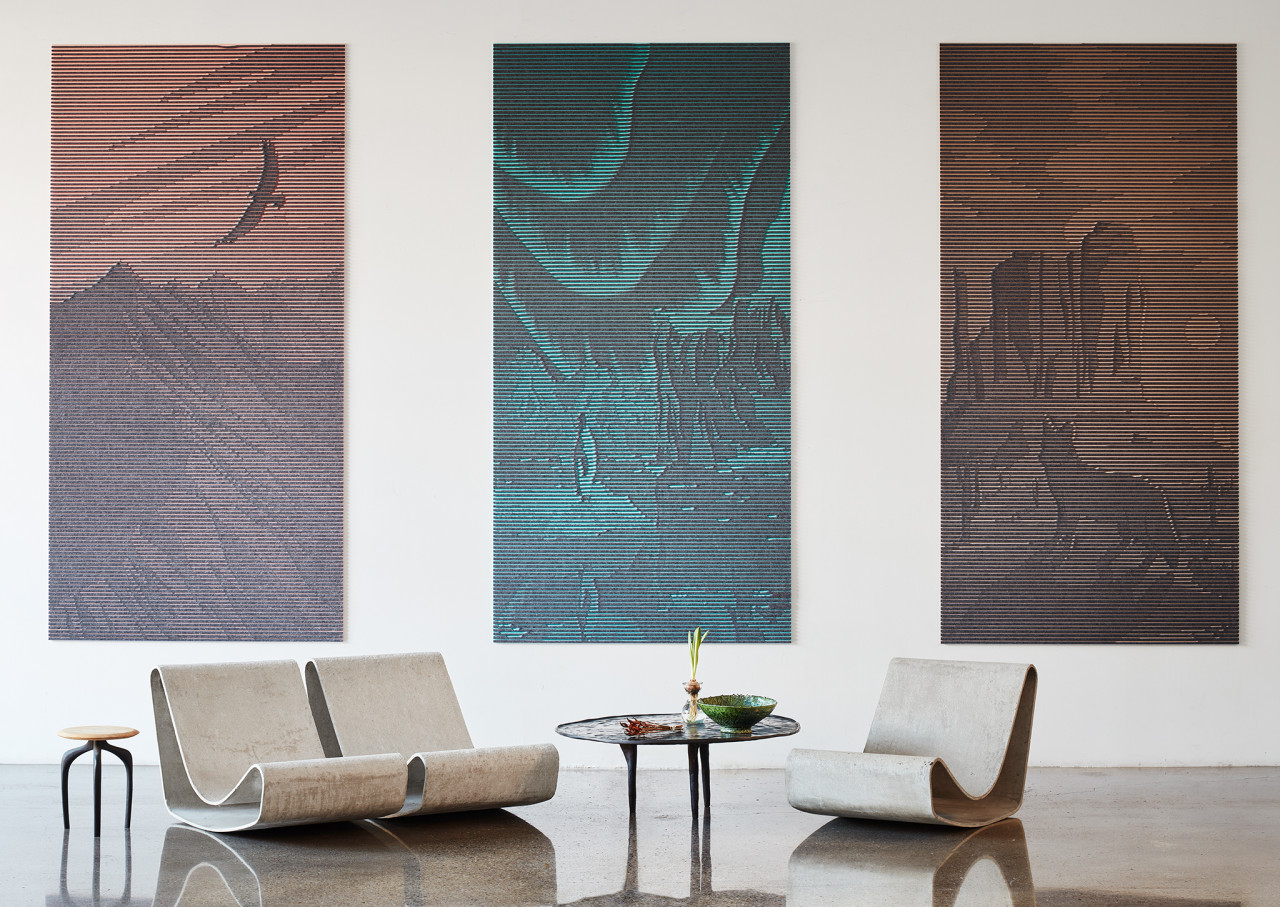 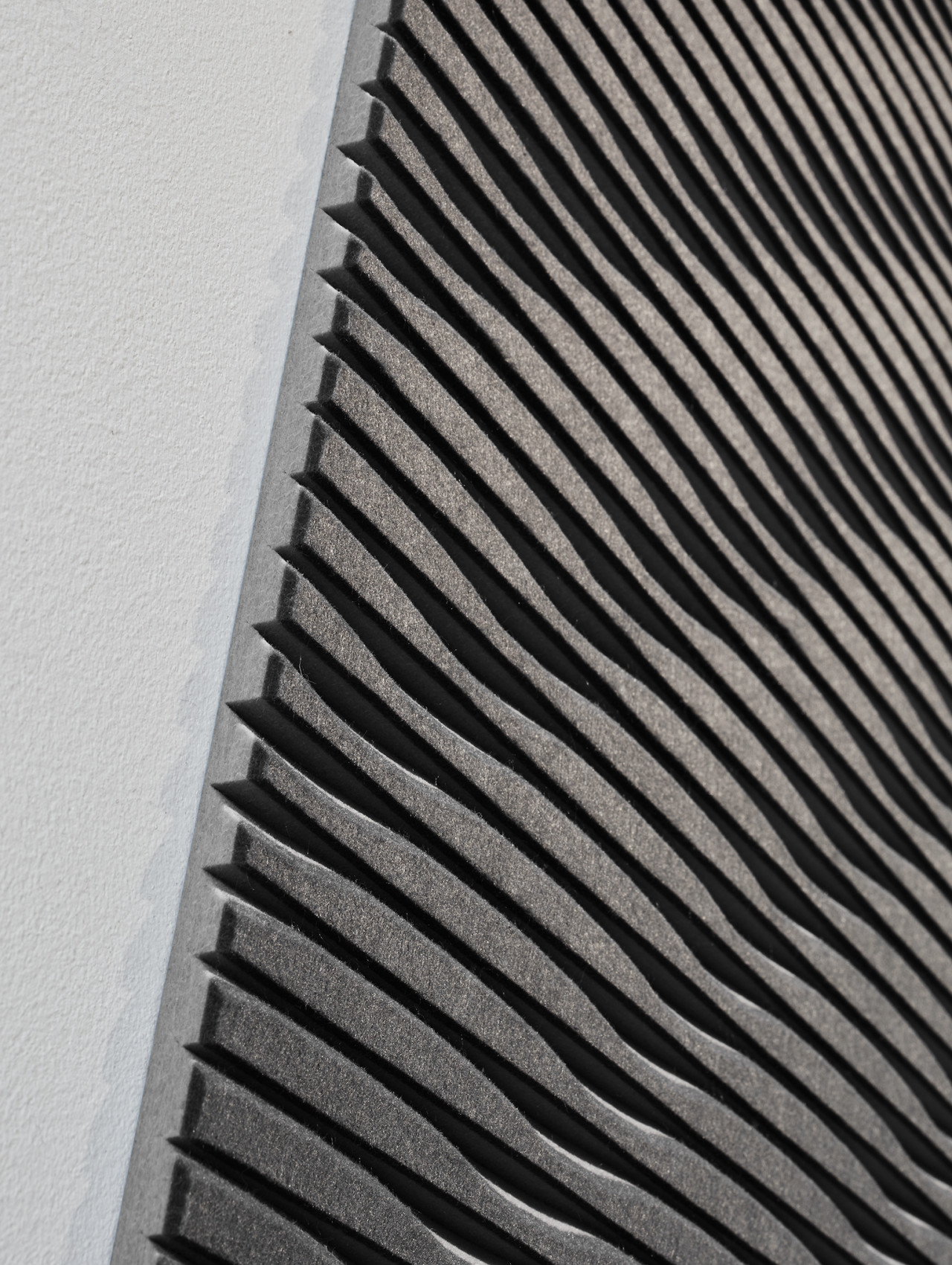 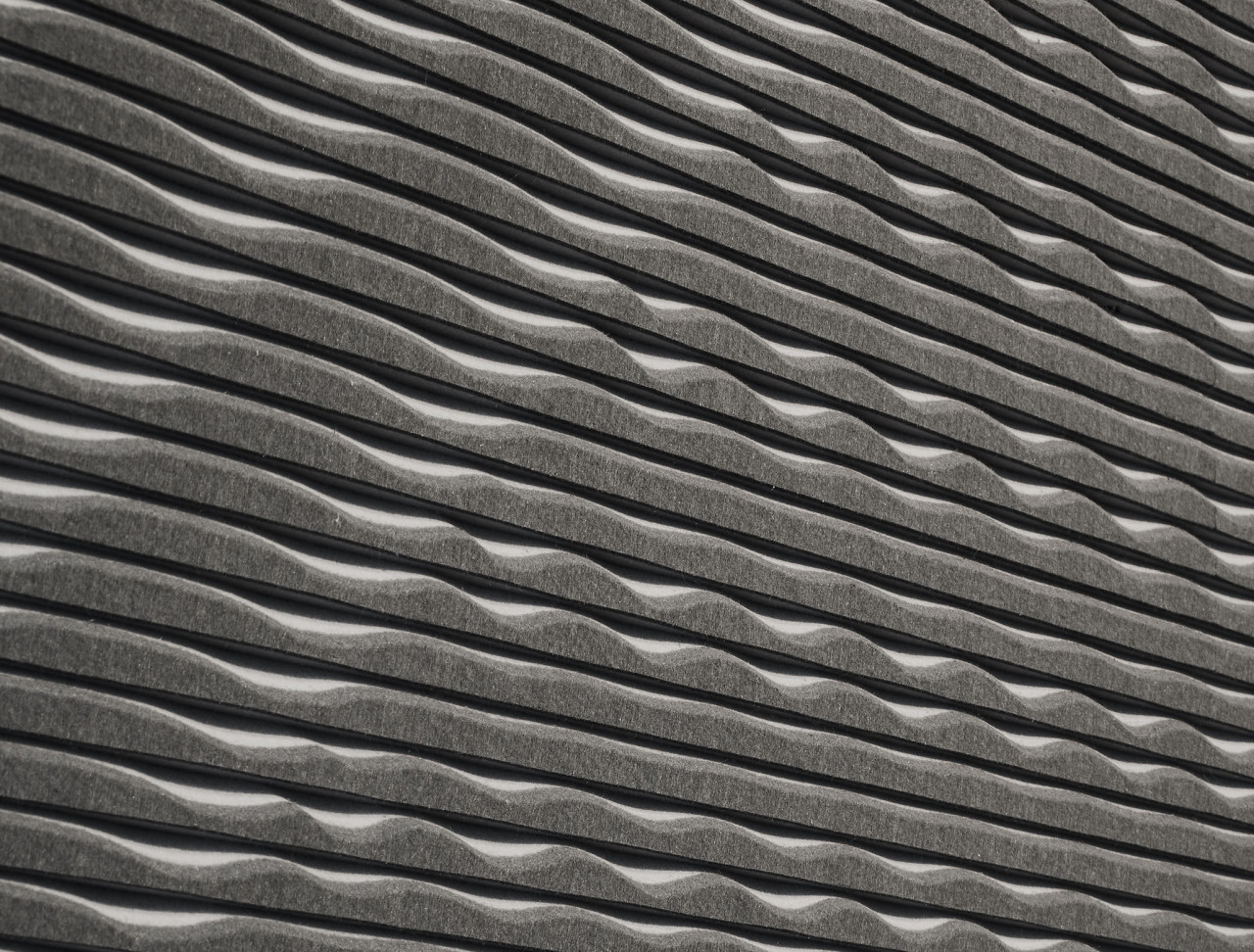 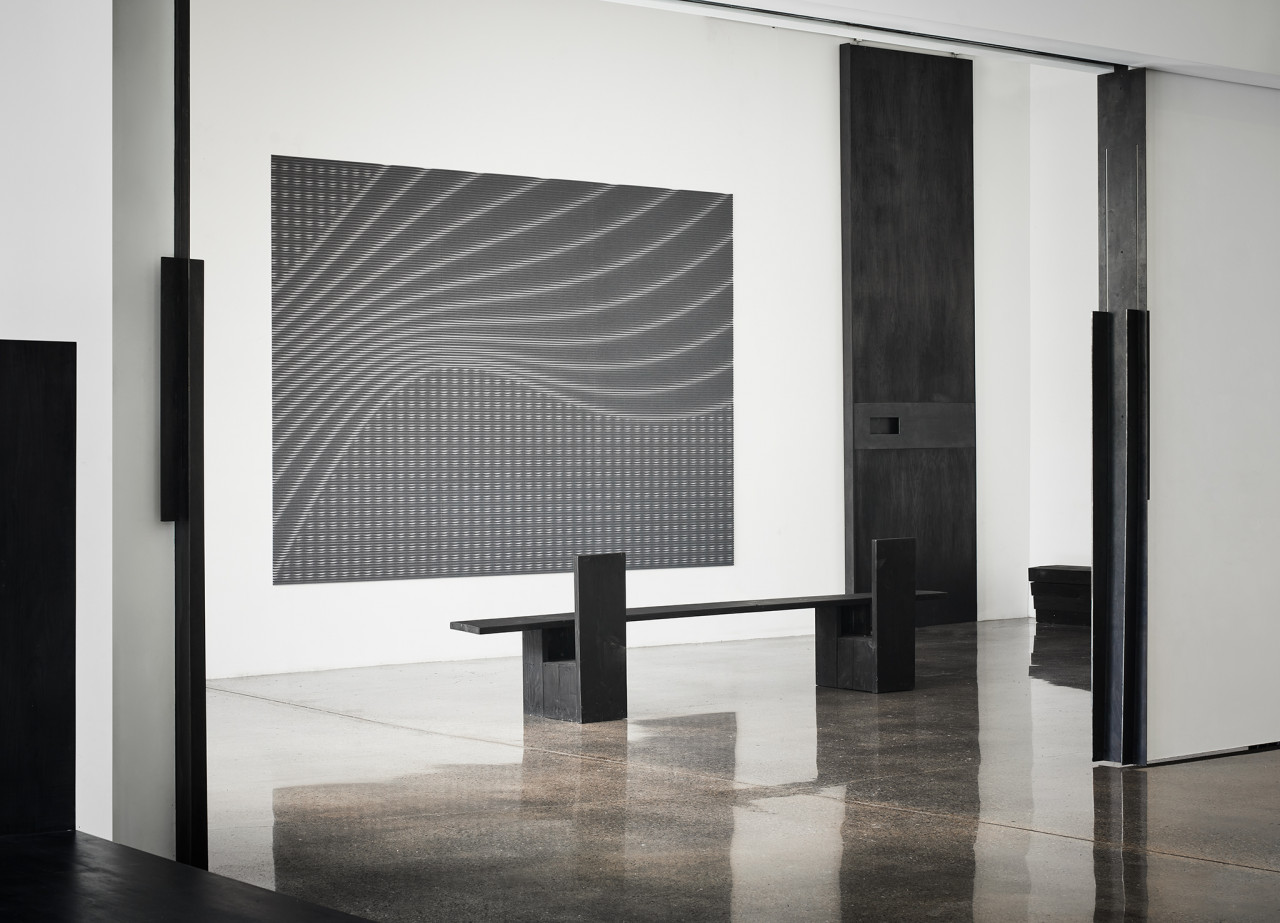 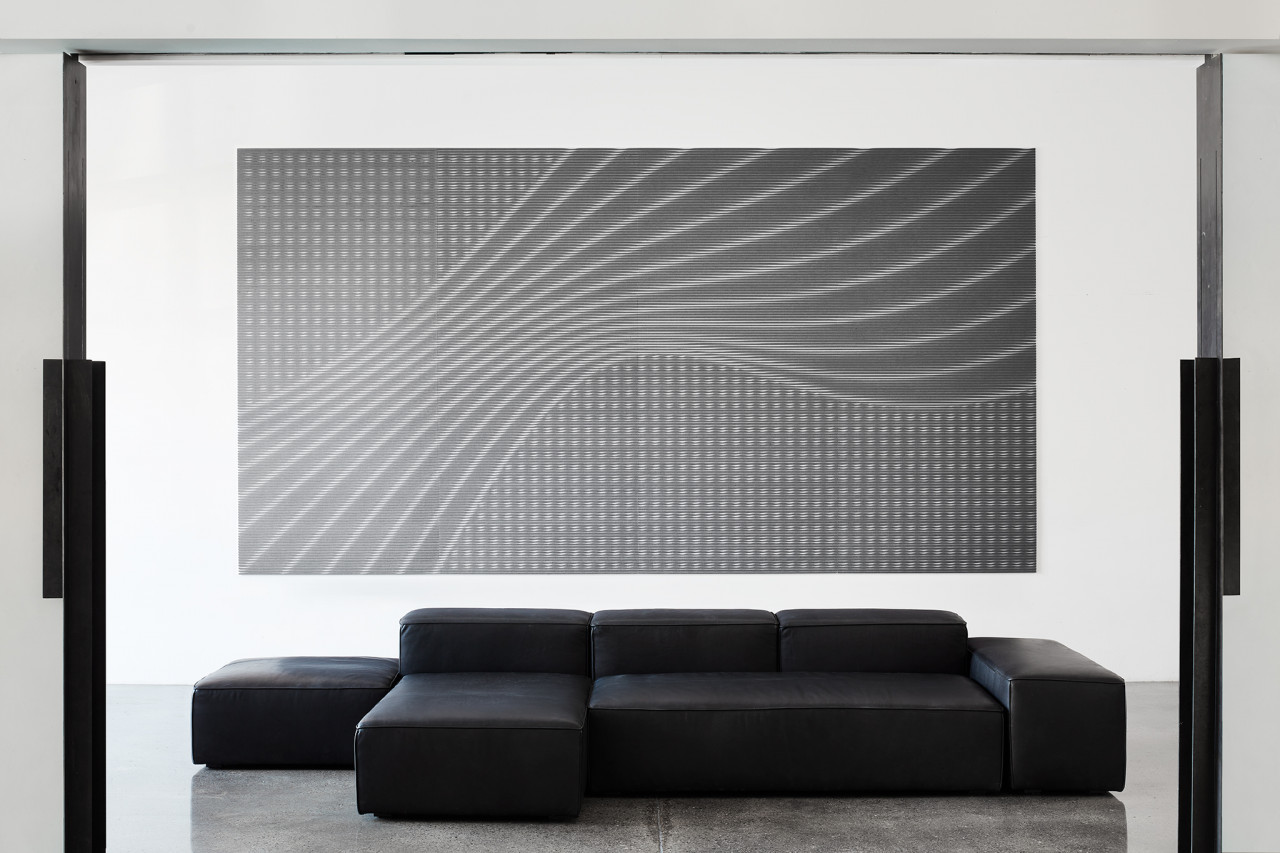 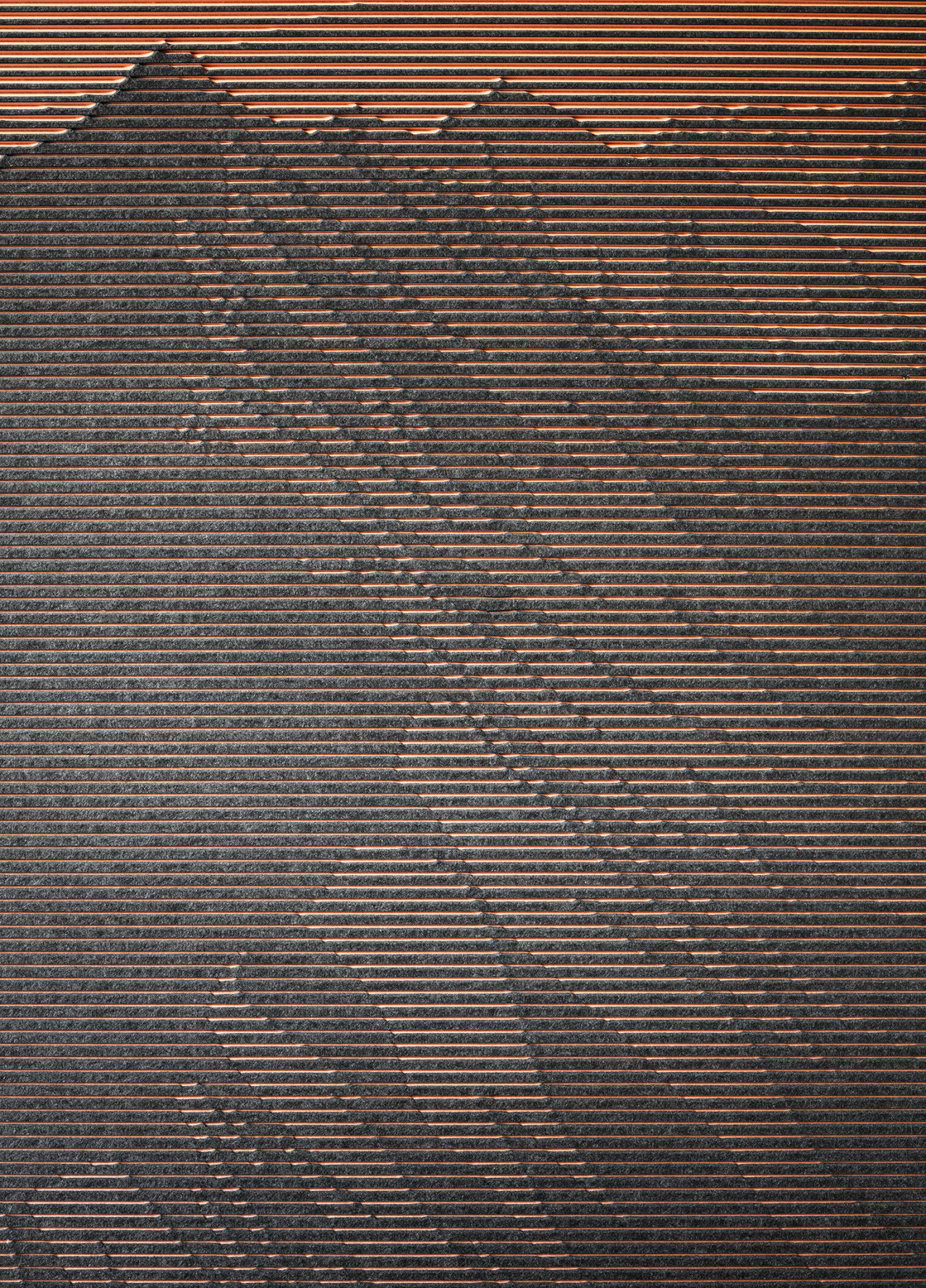 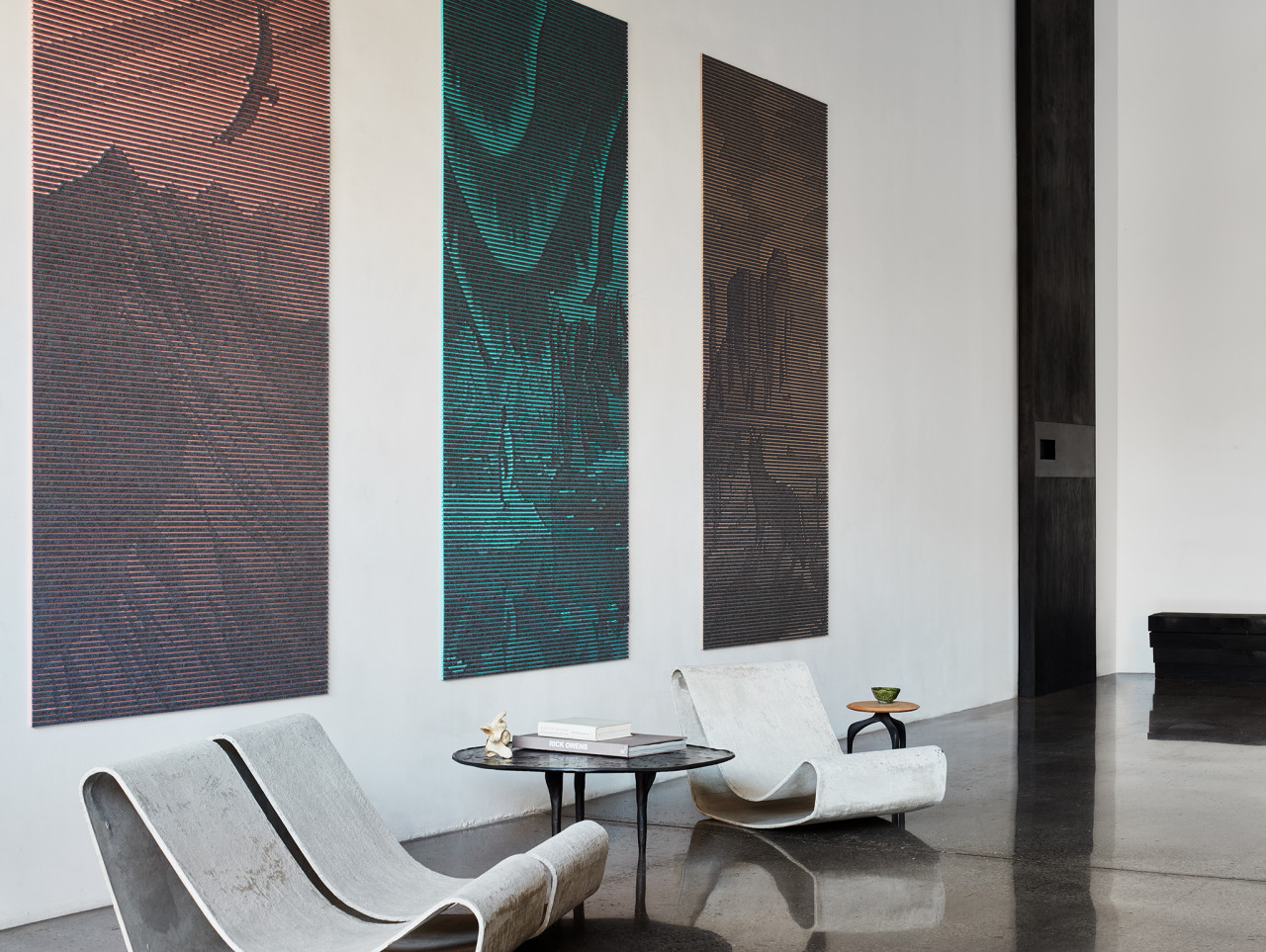 We’ve seen digital artists and programmers develop methods allowing anyone to convert images into sound before. Scanlines is a new algorithmic system developed by Turf Design that takes the concept to another level, one that adds a tactile element, translating any image into sound-absorbing PET felt panels rendered as dimensional wall art. 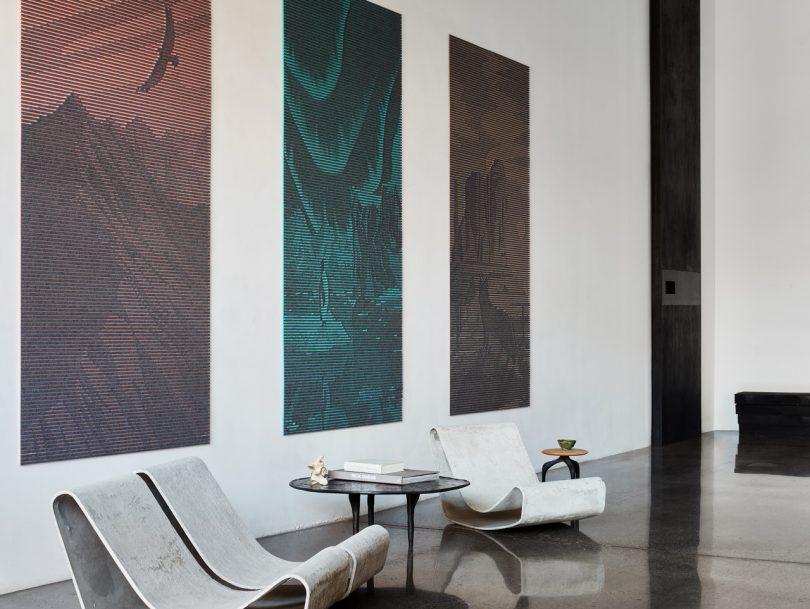 The secret sauce is TURF’s proprietary algorithm, a system programmed to measure the intensity of color shades within an image and convert it into a quantified degree of depth that is then in turn used to cut TURF’s acoustic PET felt to different depths. As its name implies, the resulting panel art exhibits an aesthetic reminiscent of the scan lines of a cathode ray tube (CRT) television programming – a two dimensional panel rendered with line-by-line dimensionality. 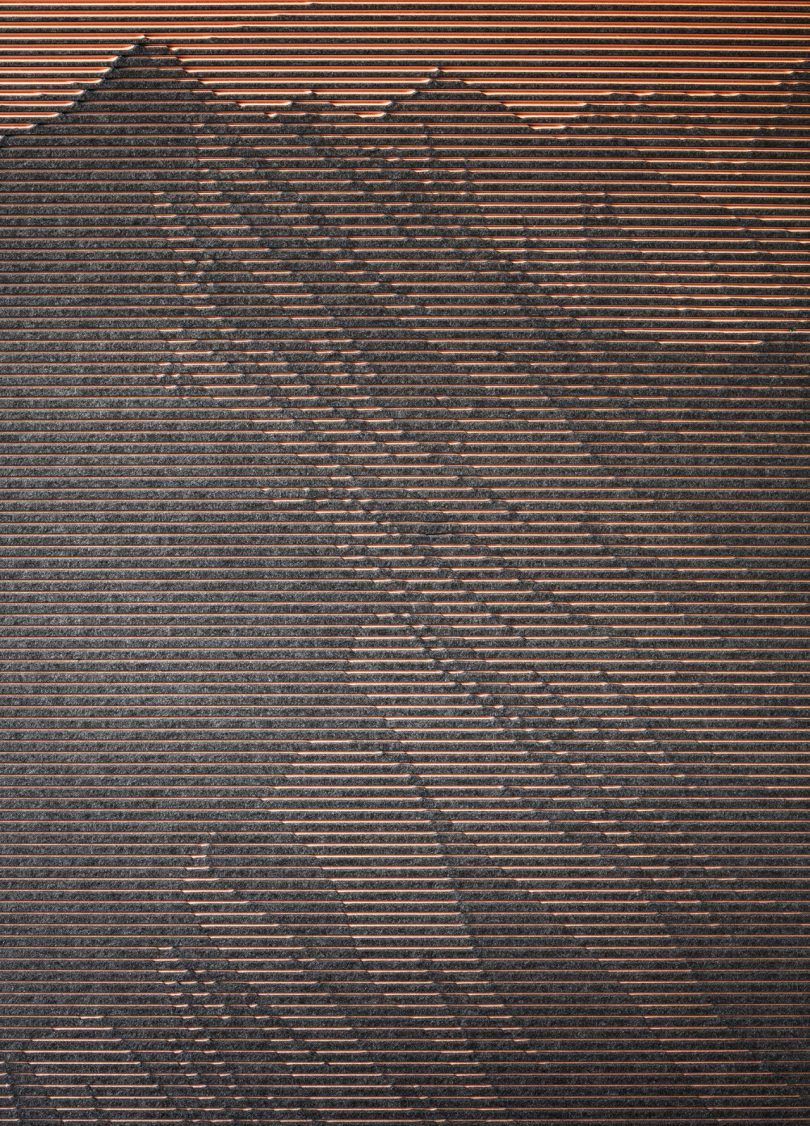 Aimed at designers and architects, TURF offers Scanlines in any combination of 9mm and 3mm PET felt board material, with 30 colors to choose from.

The resulting artwork is not merely aesthetic, as the combination of the acoustic properties inherent of PET felt and the varying depths and widths of “scan lines” operates as a sound absorbing surface, reducing echo and reverberation – artful acoustics. 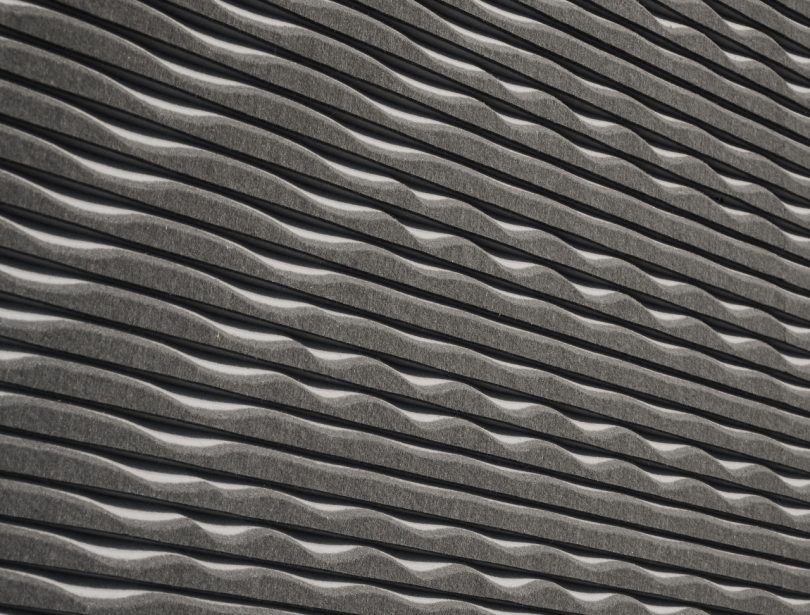 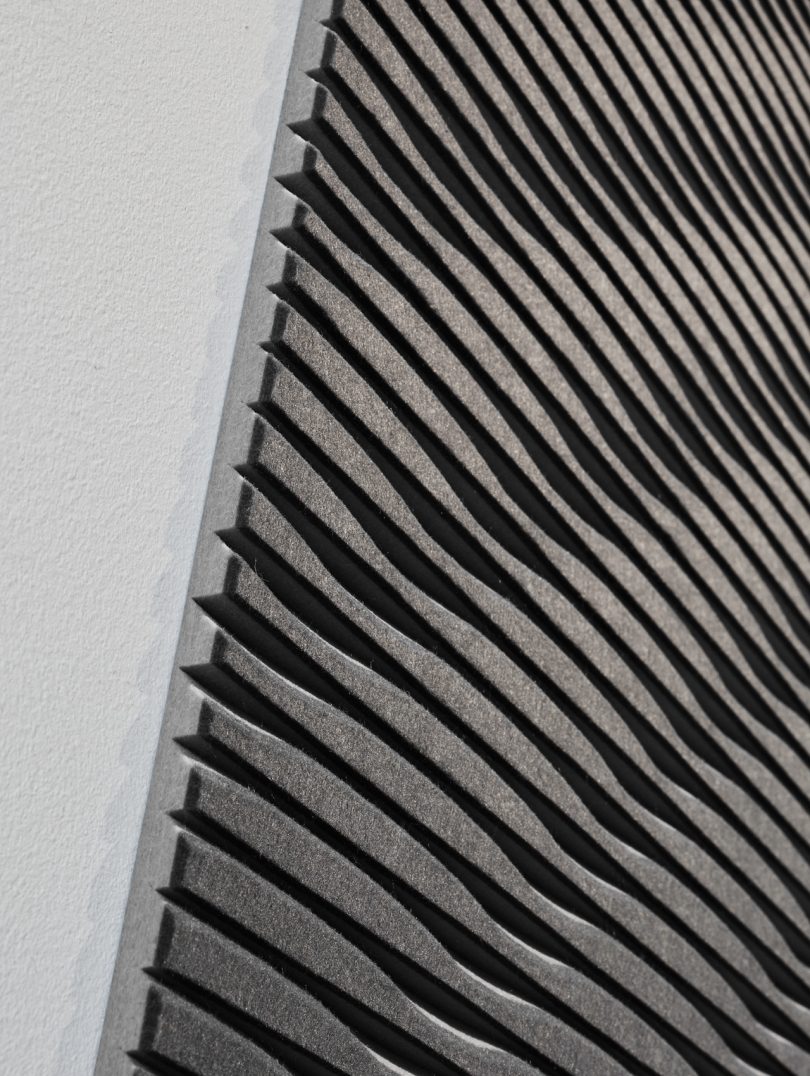 “We know that architects and designers experience different issues when developing spaces—whether it’s a spatial, visual, or acoustics problem,” says Rob Perri, TURF CEO. “TURF works to build systems that solve all of these simultaneously—in a literal sense, Scanlines reveals the art of acoustics and our drive to create unparalleled solutions. The panels offer amazing visuals while absorbing unwanted noise and increasing the overall perceived space of the room.” 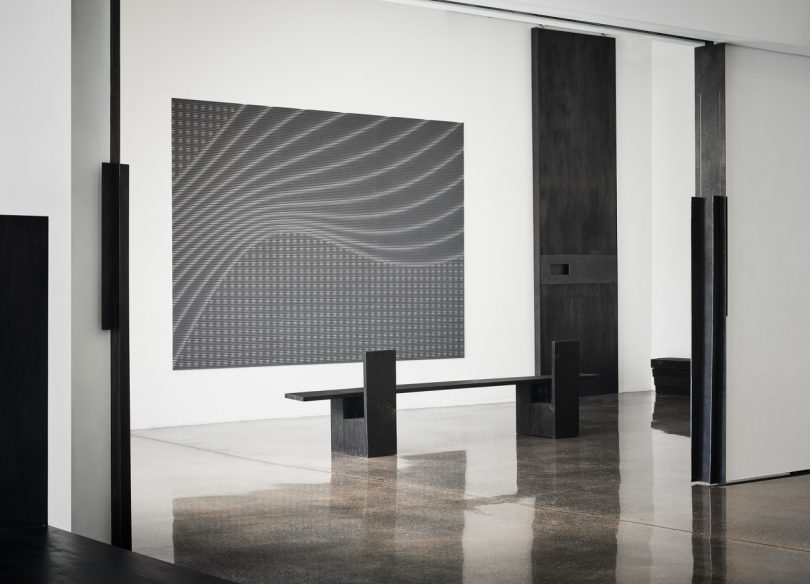 TURF says “just about any kind of image” can be used to create panels, the maximum height permitted measuring 119” tall, 47.5” wide, and a thickness of 12mm. Acoustically, Scanlines panels are capable of offering a Noise Reduction Coefficient value of 0.35, meaning 35% of sound energy coming in contact with the panel will be absorbed rather than reflected back. 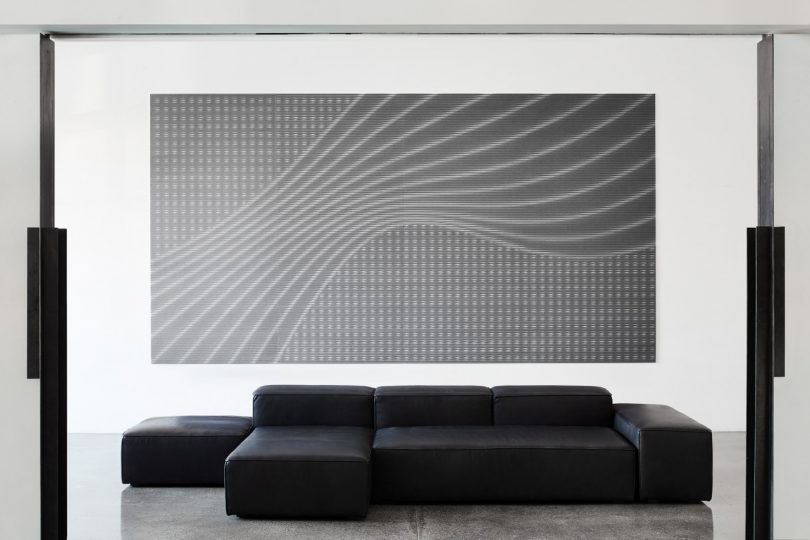 While these contract grade panels are aimed toward commercial and corporate setting applications, there’s also the possibility of using such technological artwork to ease echoes within a residential space, especially in home offices or any creative studio space where these “wall of sound” panels could hush annoying echoes.