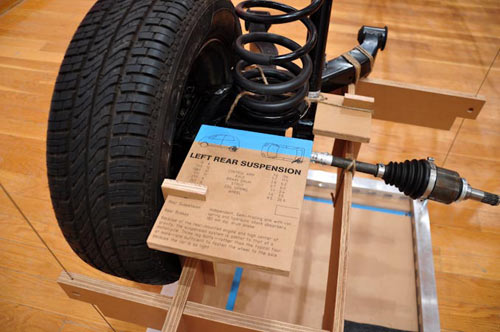 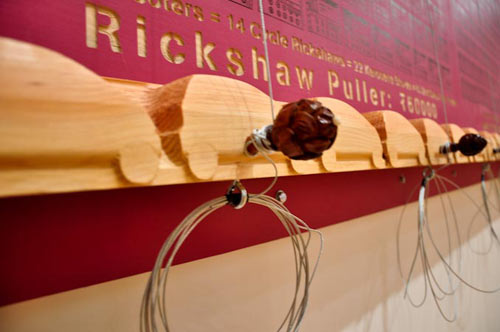 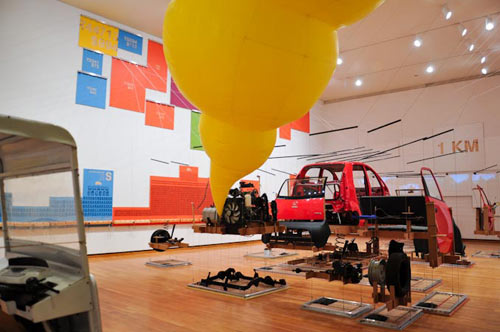 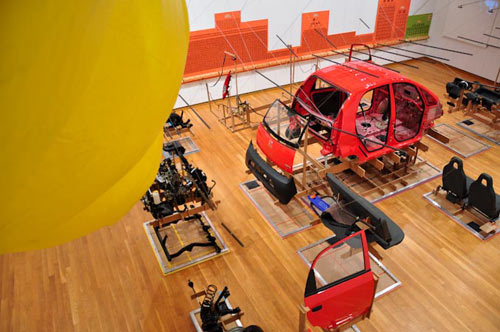 Unpacking the Nano: An Investigation of the Latest People’s Car is an exhibition at the Herbert F. Johnson Museum of Art, Cornell University in Ithaca, New York. The exhibition, which runs through March 27, 2011, features a disassembled Nano car made by India’s Tata Motors.

The world may soon be profoundly changed by a single object, one which the typical American could buy using a credit card. In June, India’s Tata Motors began production of the world’s most affordable car: the Tata Nano. Selling for a mere $2,500, the Nano is financially within reach for 500 million Indians. And with 250,000 produced in 2010, this car is the equivalent to the second coming of Ford’s Model T. The Nano is poised to socially, physically, and environmentally revolutionize India—the world’s largest democracy, a nuclear power, and a place of vast and underused resources—and could spark monumental change that ripples across the globe.

Cornell University’s exhibition, Unpacking the Nano, is the first in the United States to explore the car’s design and potential impact while also serving as a critical assessment of U.S. auto culture. The exhibition features a production Nano dismantled and suspended in air in its 2,000 constituent parts, and assigns weight, price, and environmental impact to the 1,400-pound car. The exhibition also features an intact Nano, a Tata Motors’ concept vehicle consisting of two used motor scooters welded together, and a 25-foot-diameter balloon representing the Nano’s annual emissions floating in the Herbert F. Johnson Museum’s sculpture garden.