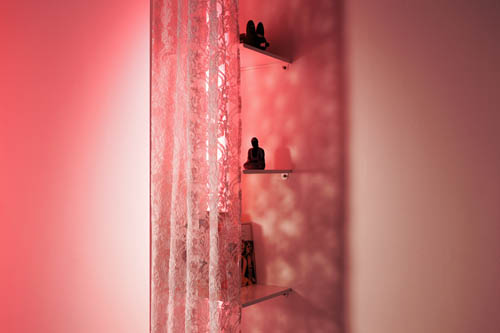 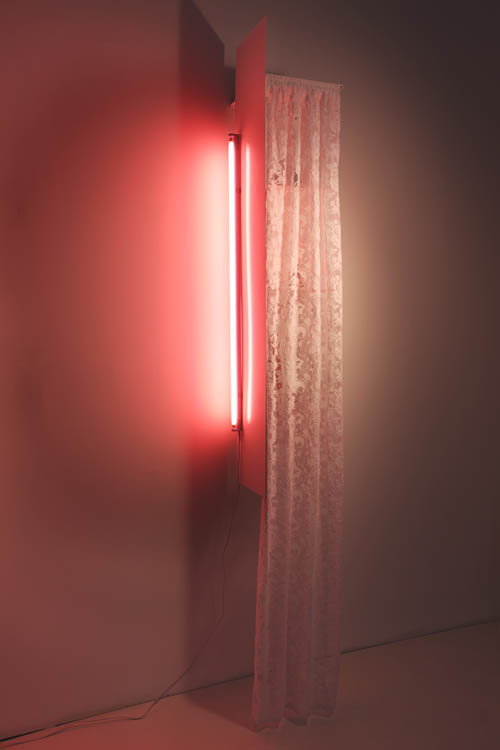 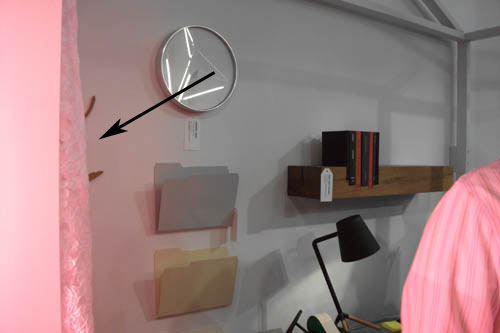 This piece, called Untitled #1 (Hannover) by Sergio Mannino is a wall mounted curial cabinet. It is the first of 5 objects inspired by a series of photographs by Santi Caleca in the Hannover red light district.

It was on display when I was at CITE Goes America. I captured part of it in one of my photos:

The Unknown
When I was twelve, one summer night, I listened to a scientific program on the radio while I was looking at the sky with my brand new telescope. The speaker, a professional astronomer, was trying to explain the sky and the position of stars and planets to the listeners. Everything was very easy to understand, even for a kid and I was totally fascinated.

Later in the night, he explained how to find Saturn out of the myriad of stars I was looking at: it was much brighter then anything else around and for me just the fact that I was able to recognize it, was already a big emotion.

Without hesitating I moved my telescope and pointed at the object; focusing was never easy but in a few minutes I was totally amazed! I saw a small white circle with the rings around it! My heart started beating very fast and I was so excited that I couldn’t even talk.

A few days later, due to the fact that the only subject of my conversation was, of course, Saturn, a friend of mine told me that the Universe is infinite. I knew about it but never really focused on the concept. My friend continued saying that if we can suppose that at one point the Universe would end and that after that point there would be just void, the fact that we are actually able to define that void, it implies that it is something and that, therefore, the Universe cannot be finite.

It was of course a very easy way to describe a complex concept to a kid but the effect that these two episodes had in my life were, and still are, enormous.

In order to recreate this and to express the “inexpressible” I design objects, I build furniture, I dream about small or big architecture…