Want It? MakerBot Gives You The Power to Make It 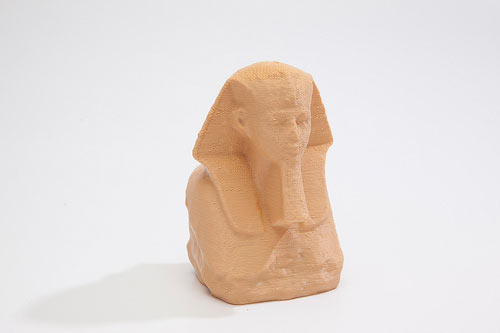 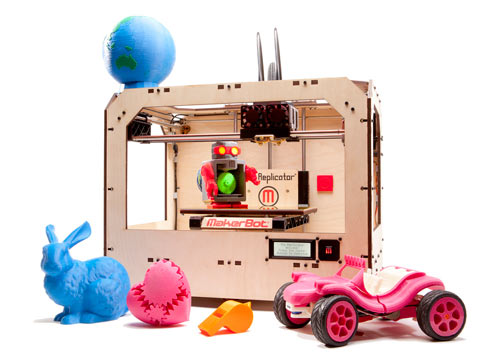 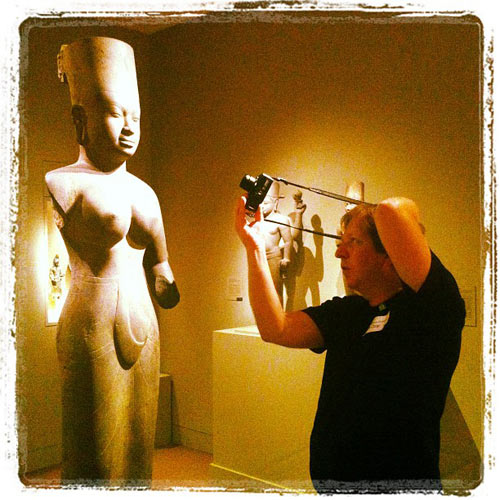 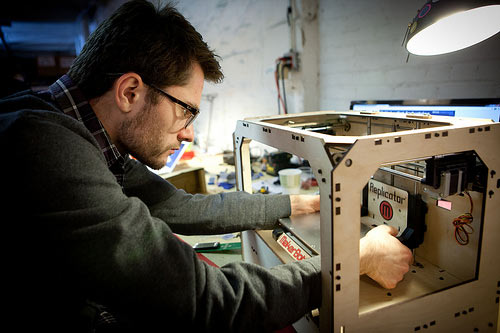 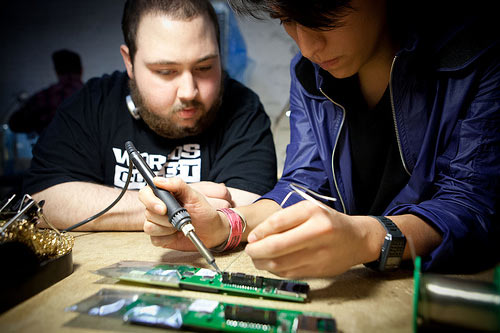 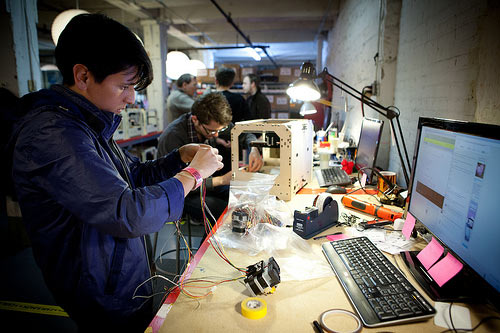 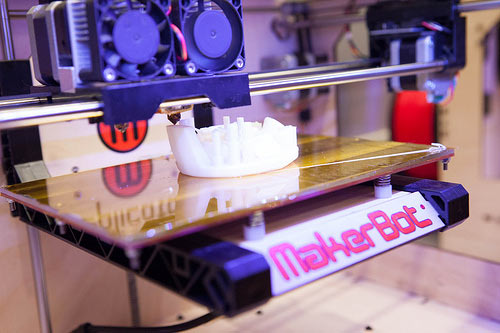 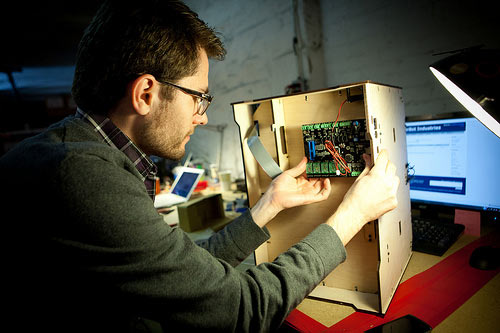 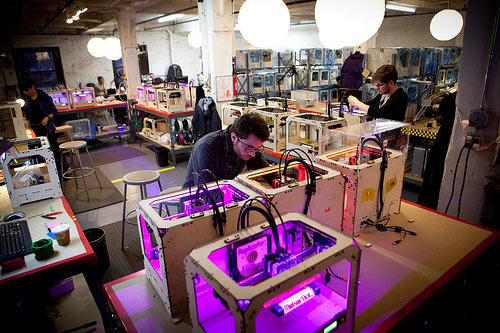 Want It? MakerBot Gives You The Power to Make It
1/9 Photos

One day, a guy named Bre Pettis discovered Zach Smith, who was working on an awesome project: making a robot that could make a copy of itself. The two, along with a third co-founder, Adam Mayer, joined forces and hacked away day and night to get a working machine. And thus, MakerBot was born. It started with the RepRap project (robots that can make their own copies), and eventually become totally focused on the idea of everyone in the world having a machine so they could make whatever they wanted. Their goal is to deliver power to the people, or, as they say, “giving someone a superpower, or introducing them to the future… [that’s] why we come to work every day.” I had a chance to speak with Bre about MakerBot’s technology, success and what’s next:

What was the first product you watched be made using this technology?

If we’re talking about actual products, then one of the first was a set of pulleys for the machine itself. When we started shipping our first-generation machine in 2009, the Cupcake CNC, we couldn’t find supplies of a certain pulley fast enough. So we started making them ourselves on other Cupcakes, and even asked existing MakerBot owners to help us out. Being able to manufacture the part ourselves saved the day!

But if your question is about the first thing we made, it was a shot glass. And it served its purpose.

What makes MakerBot different from other 3D printing machines?

One big thing that sets us apart is how long we’ve been in this space: well over three years! So there are now over 10,000 people in the world who are total experts at using MakerBots, and they’re all the kind of people who are passionate about sharing their know-how with each other. While we’ve grown the technology, our users have grown their understanding. People buying MakerBots today are joining the largest and most knowledgeable family of 3D printer owners in the world, and that’s worth a lot.

Just as important is our open model. We build open-source, hackable machines that users are encouraged to customize and change if they want. There are so many people doing interesting research or other projects with our hacked machines. We love this.

What software is needed to use the MakerBot?

We maintain the open-source software ReplicatorG, which is available for free download. In one way, that’s really all you need to use a MakerBot, such as The Replicator. If you grab a design off of Thingiverse, this program will slice it into layers and give The Replicator all its coordinates. Anyone who wants to do a bit more of the design work can use any number of programs — expense CAD software or free, web-based design tools like Google SketchUp or Tinkercad — to make new designs or alter designs from Thingiverse.

The most amazing thing is the amount of customization it lets you have, and that doesn’t just mean putting your name on something. Take for example all the Settlers of Catan pieces and other game pieces available on our community site, Thingiverse. If you want something specifically for yourself, all of a sudden you have the ability to have it. There doesn’t have to be a market of 10,000 other people who want the same thing first. Another great example of customization: all the photography tools that people have uploaded. It’s this whole new mentality that people have: want it. Make it.

What new developments in technology have helped the MakerBot business deliver better quality and faster products?

Another major improvement internally came from building our own Enterprise Resource Planning (ERP) system from the ground up. We were able to go from a few people building and shipping bots to a sophisticated production system with thousands of customers that much quicker.

What was the first MakerBot like, and how does it differ from the current model?

Our first generation machine was the Cupcake CNC, and there are still hundreds of Cupcakes out in the wild that are not only running strong, but making some great stuff. We love our Cupcake owners! That said, our latest, The Replicator, is different in some important ways. While you had to assemble previous models, The Replicator comes fully assembled and practically ready to make stuff right out of the box. Besides being so much easier for new users to get going, it also lets us test every single machine before it leaves our shop. We’ve made remarkable advances in all of the various technologies inside the box, too, while increasing the size of things a person can build and decreasing the time it takes. We just released new firmware that significantly cuts down the time it takes to make something.

Who buys the MakerBot – do you find a specific group to be the majority of your customers?

This is interesting. At first it was tinkerers and hobbyists who wanted to build a functioning machine. But that nicheness has really started to go away. Now we see design agencies buying MakerBots and prototyping new products; teachers throughout the country have them in classrooms and are reporting incredible success; artists of all kinds have bought MakerBots and continually reinvented the new frontier; a company in Brooklyn, I Heart Robotics, is selling a device made on our previous model the Thing-O-Matic as a final product, not a prototype.

But the biggest group in terms of our sales is still the average mom or dad buying a MakerBot to have fun with their kids and live on the cutting edge.

Keith Ozar capturing every angle of an ancient sculpture. Download it from Thingiverse.

What would you like to see made with the MakerBot? What’s your dream project?

One big dream for me came true earlier in June when we brought 25 artists with us into the Metropolitan Museum of Art in New York and digitally scanned a few dozen priceless pieces of art. This was a project in the making since the beginning of MakerBot. It is incredible to see people around the world now downloading these art works and making them on MakerBots as awesome replicas or totally new works.

What’s next for MakerBot? Any exciting things in the pipeline?

We’re always hustling but can neither confirm nor deny awesome new things on the horizon. :)

Sphinx head and shoulders printed on the MakerBot Replicator. Model available for download on Thingiverse.