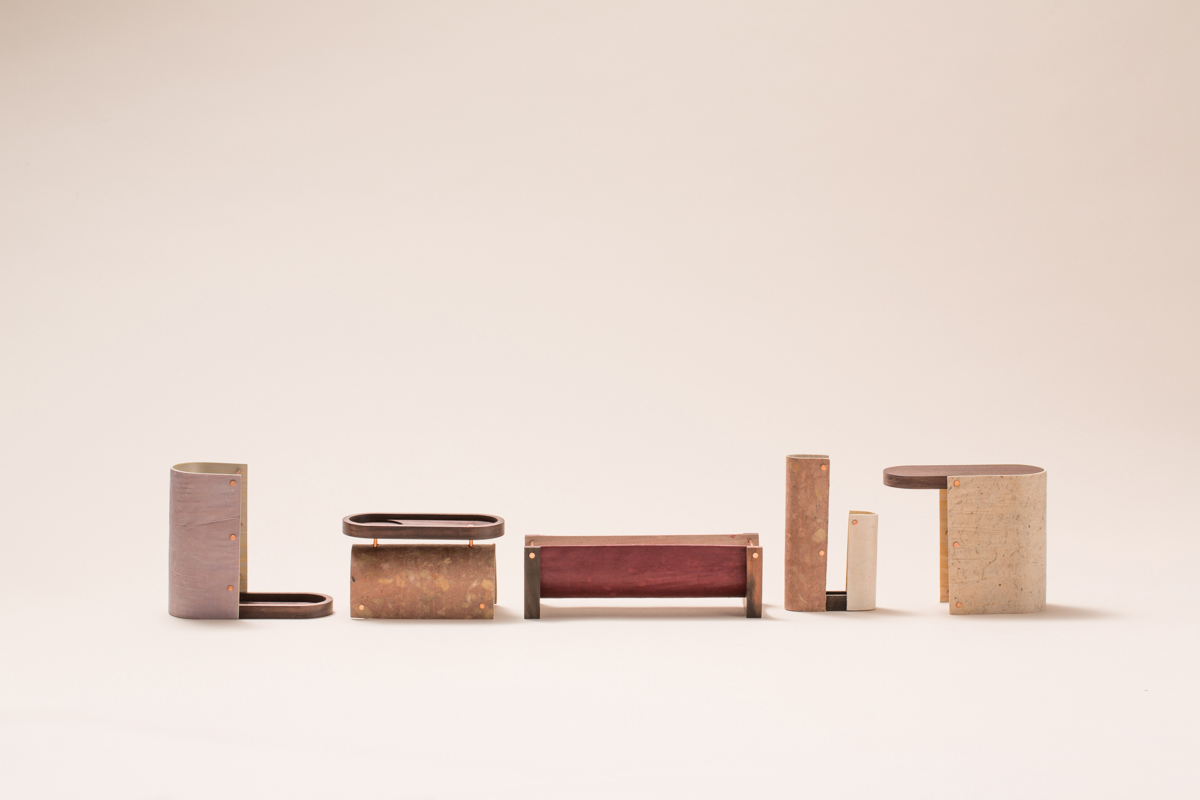 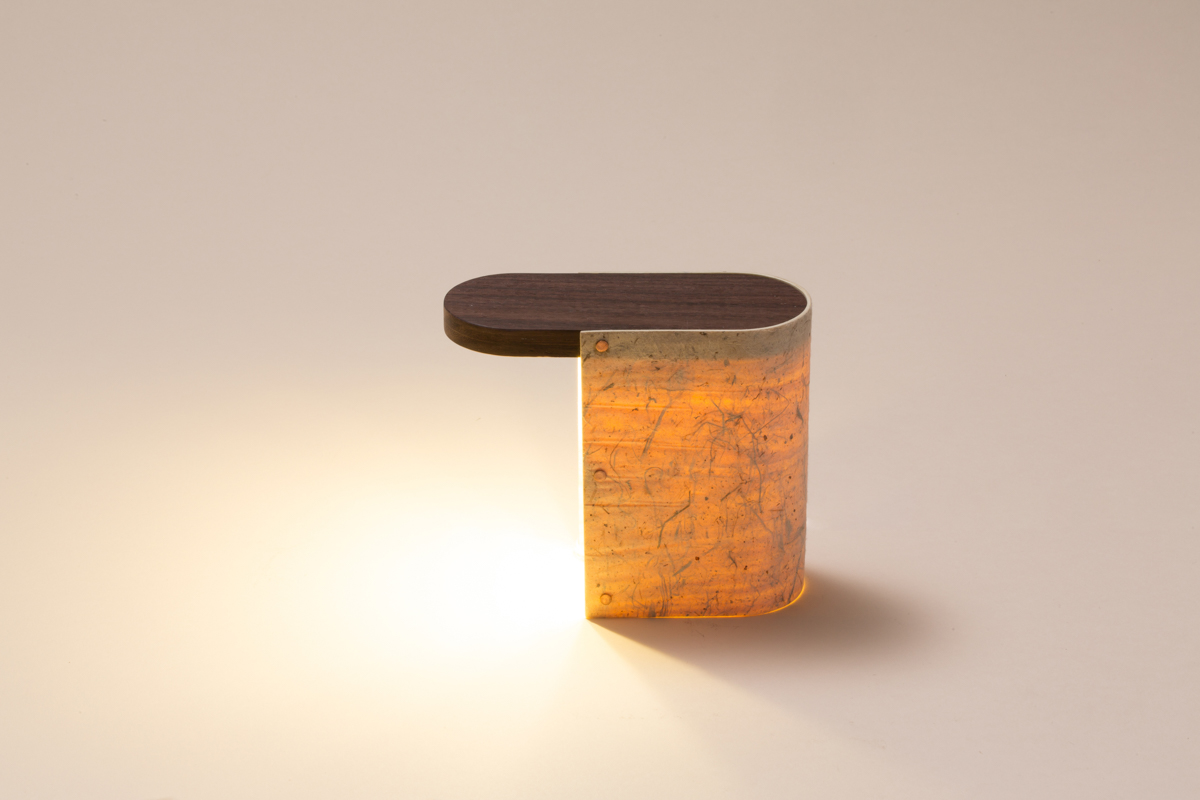 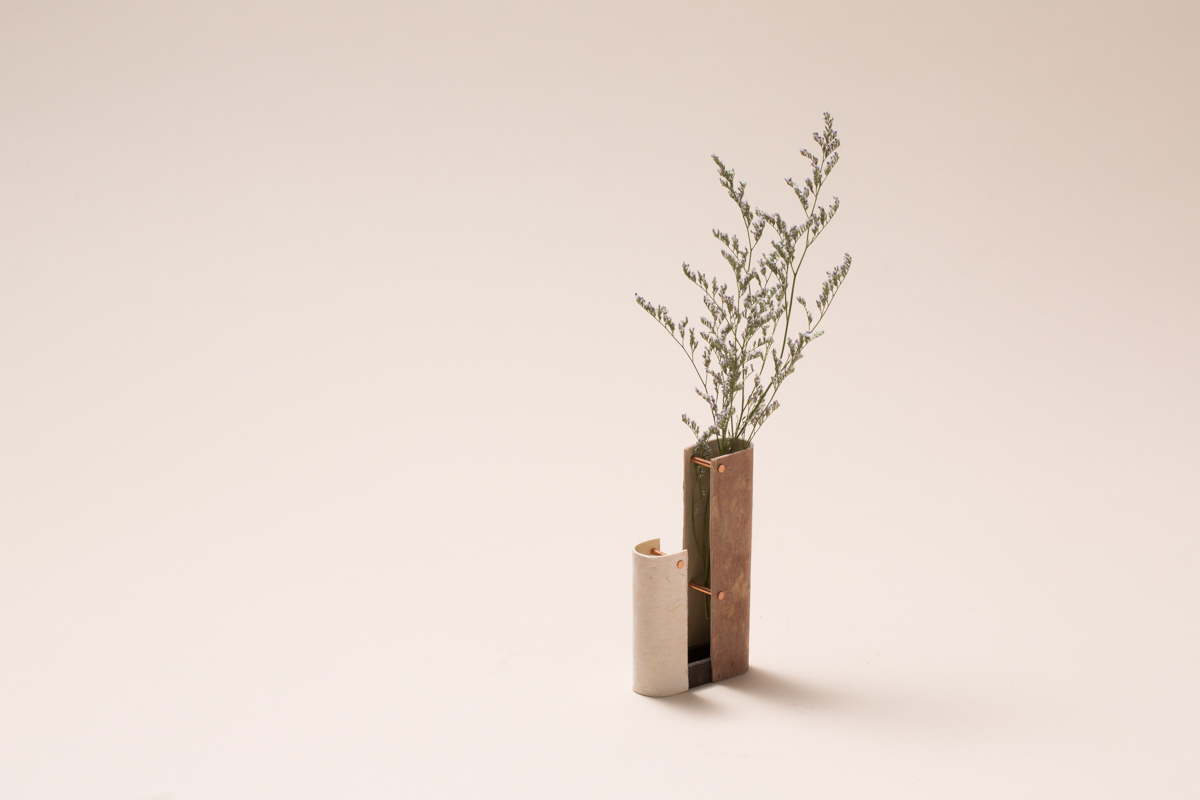 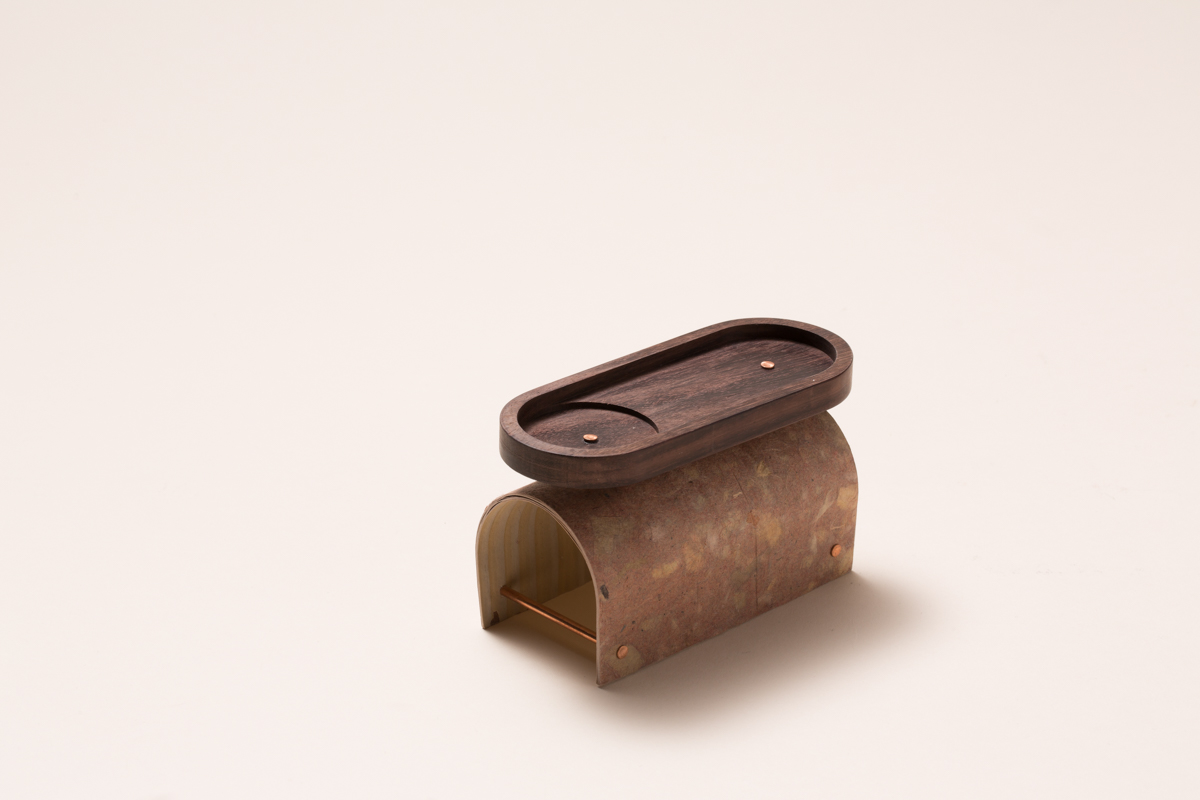 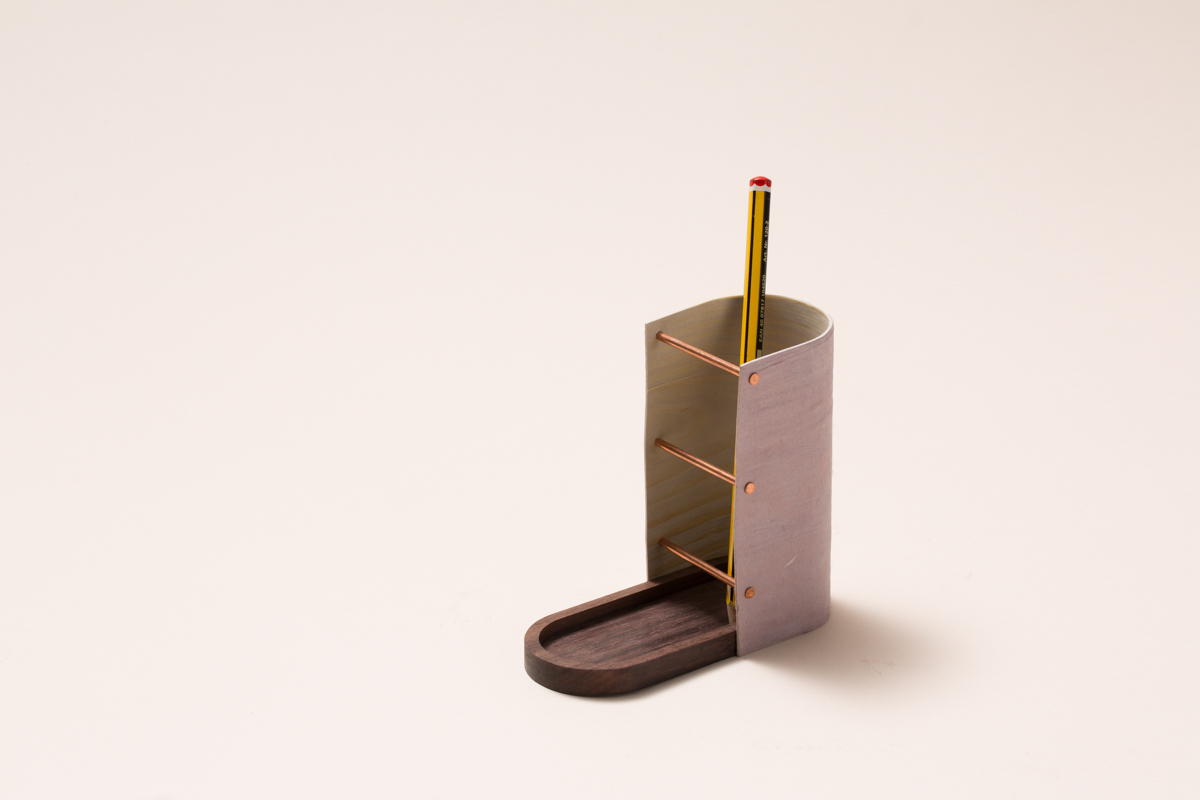 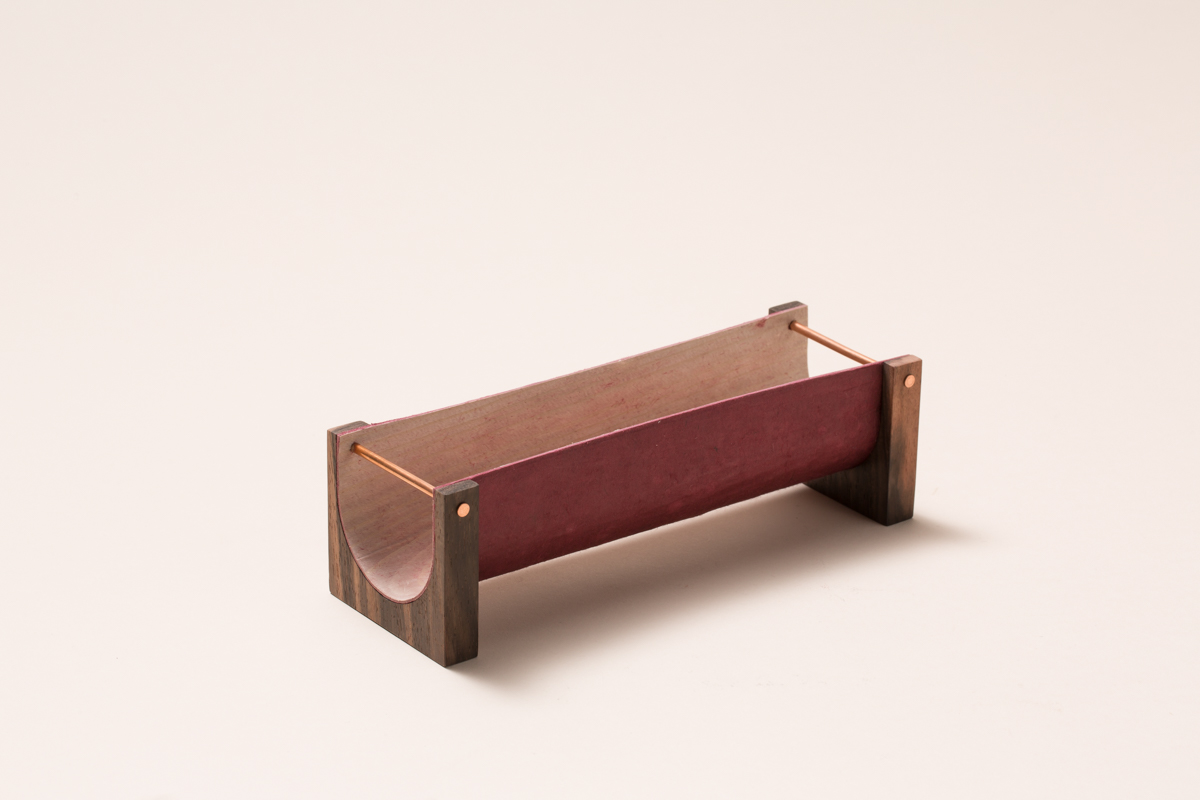 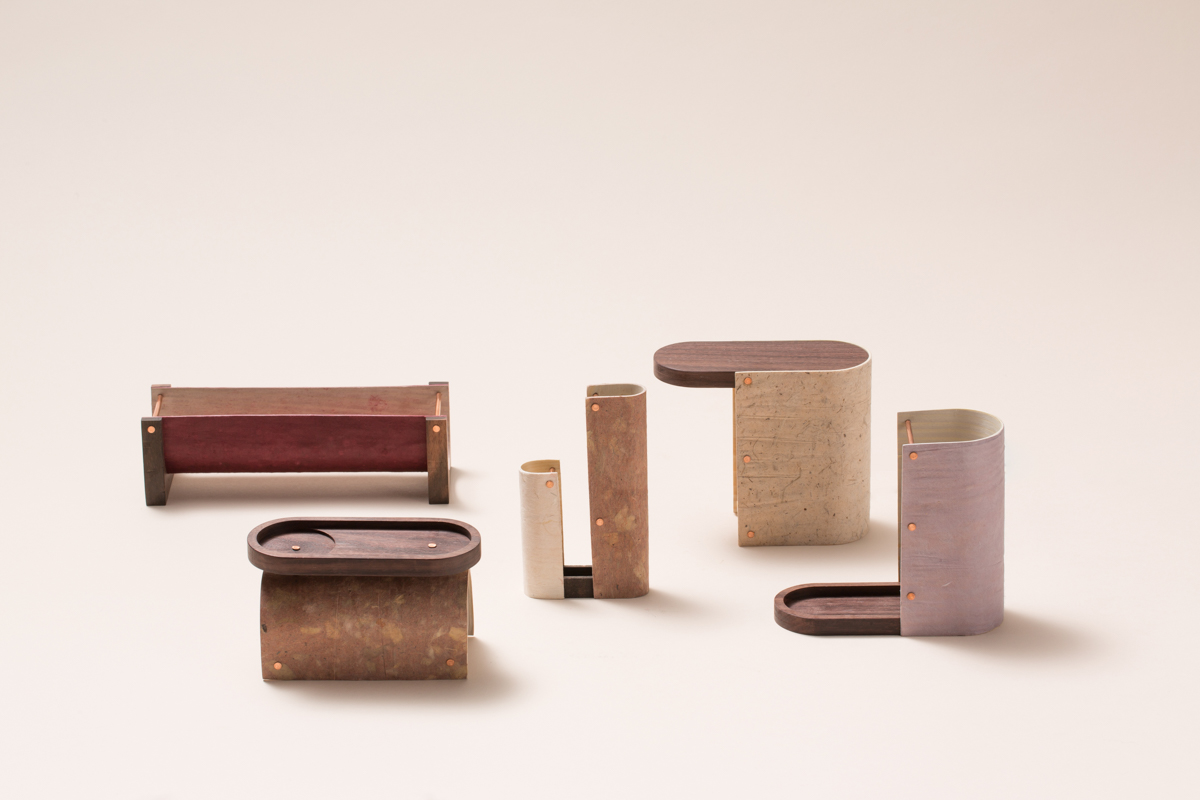 Craft Combine is a Korean design studio focusing on creation during the design process, rather than starting with a final product in mind. In their collection Woo Ji, they use traditional materials found in Korea to investigate and create their own design language. 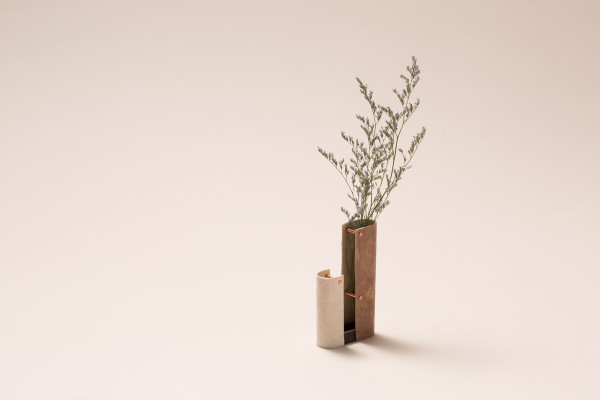 Instead of starting with a set idea of what the finished product should look like, Craft Combine is inspired by the raw material and design process itself. In Woo Ji, they use Hanji, a traditional Korean paper that’s tougher than normal paper and has thermal protection along with good air-permeability properties. They also use Hanji in the jumchi method, which is similar to laminated bending. They pile up several sheets of Hanji to make a tighter, combined wood veneer-like surface. They further complemented the paper with copper rods to improve the strength and add a sleek, metal accent. The results are a series of five small pieces, including trays, a pen holder, a vase, and lighting. 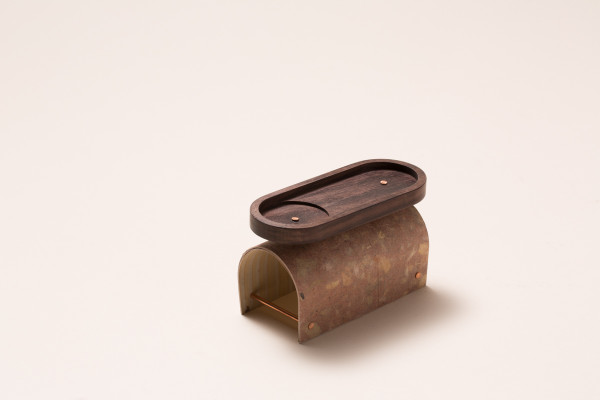 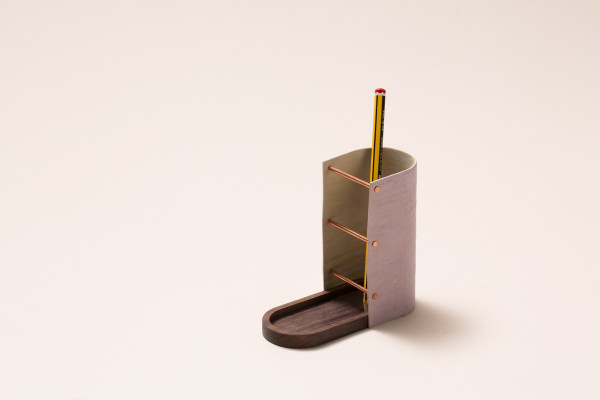 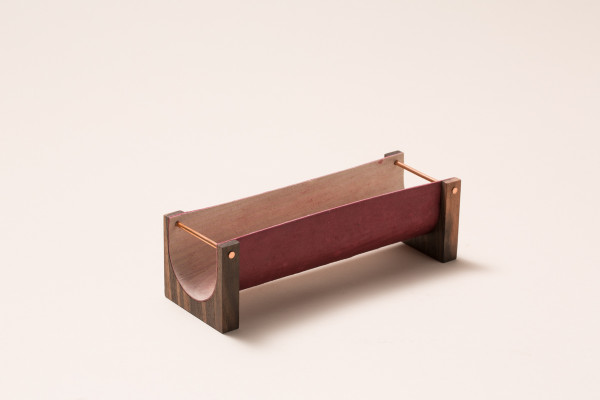 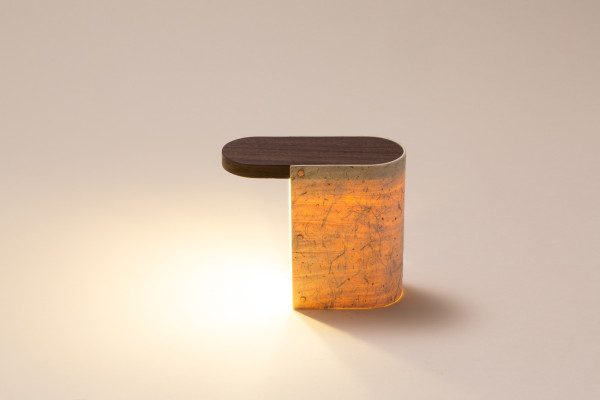 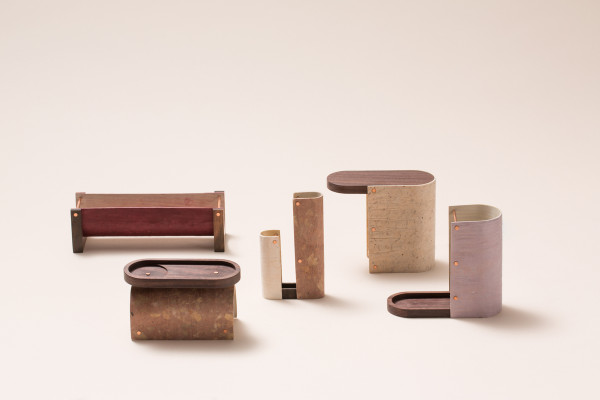