Castor Design produced a “Particle Accelerator” for a recent installation at the Design Exchange in Toronto this past July. I’m sure you’re either saying a what?! or, you’ve immediately pictured CERN’s Large Hadron Collidor. Well, essentially Castor Design took the idea of the particle accelerator, and applied it to light. Based on research by physicist JJ Thomson at Cambridge in 1897, who is credited with discovering the electron while passing a cathode ray between two electrodes in a glass vacuum tube, Castor explores the nature of electricity and light. 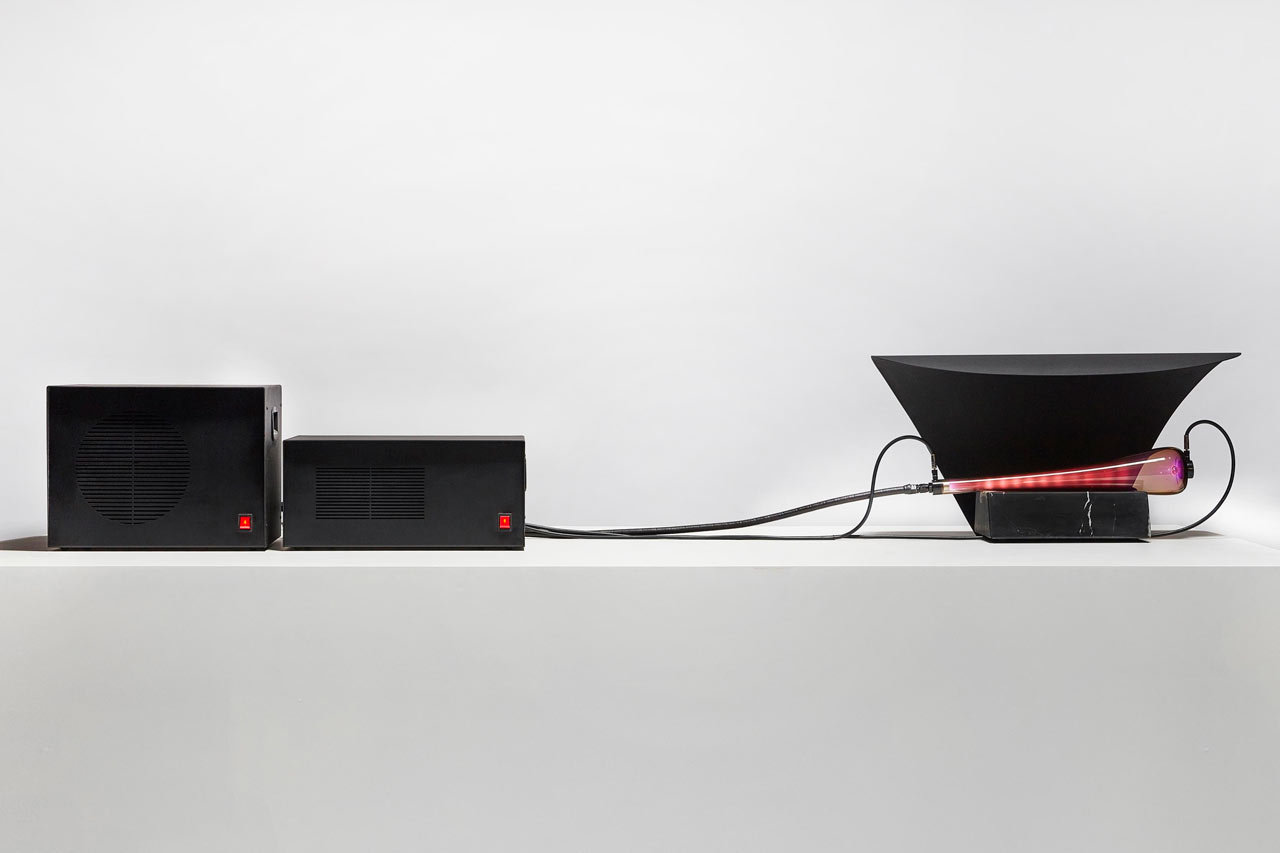 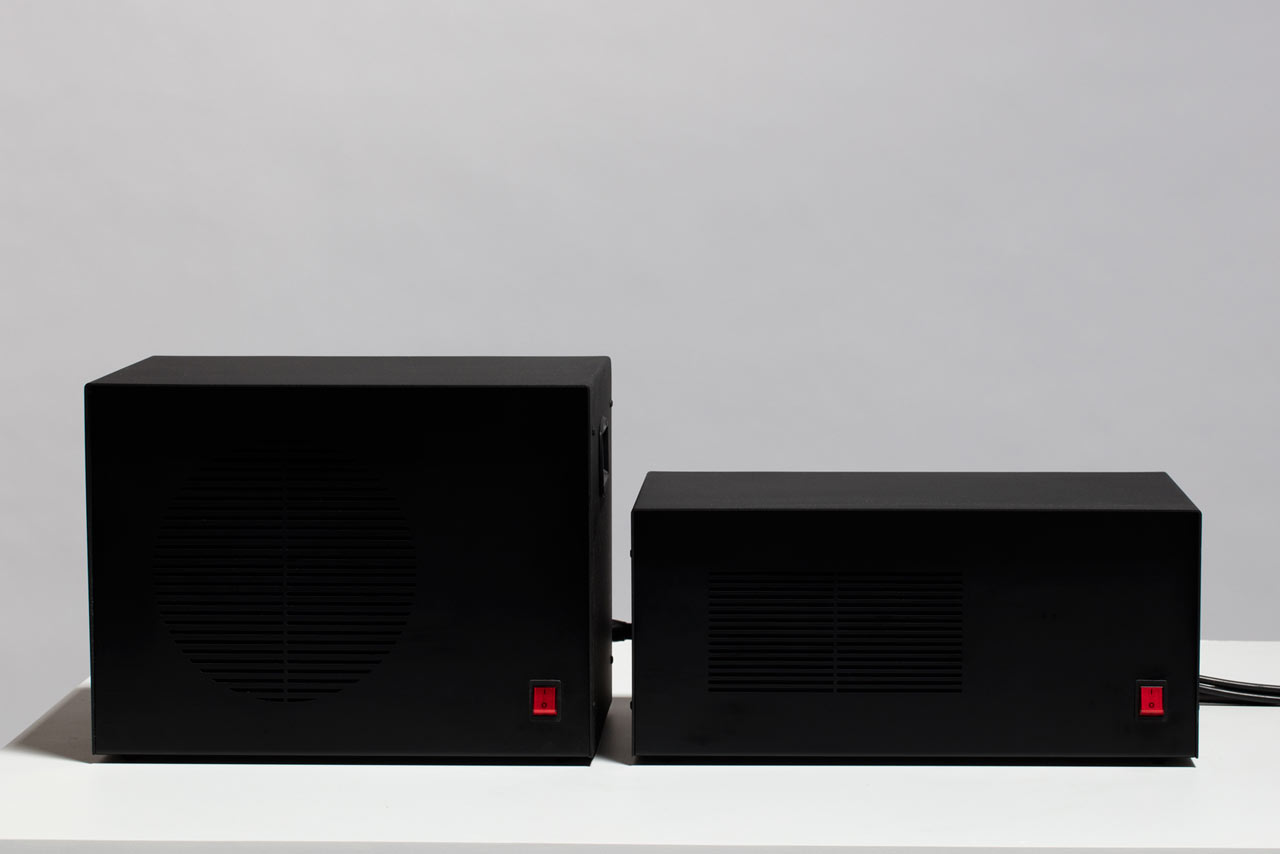 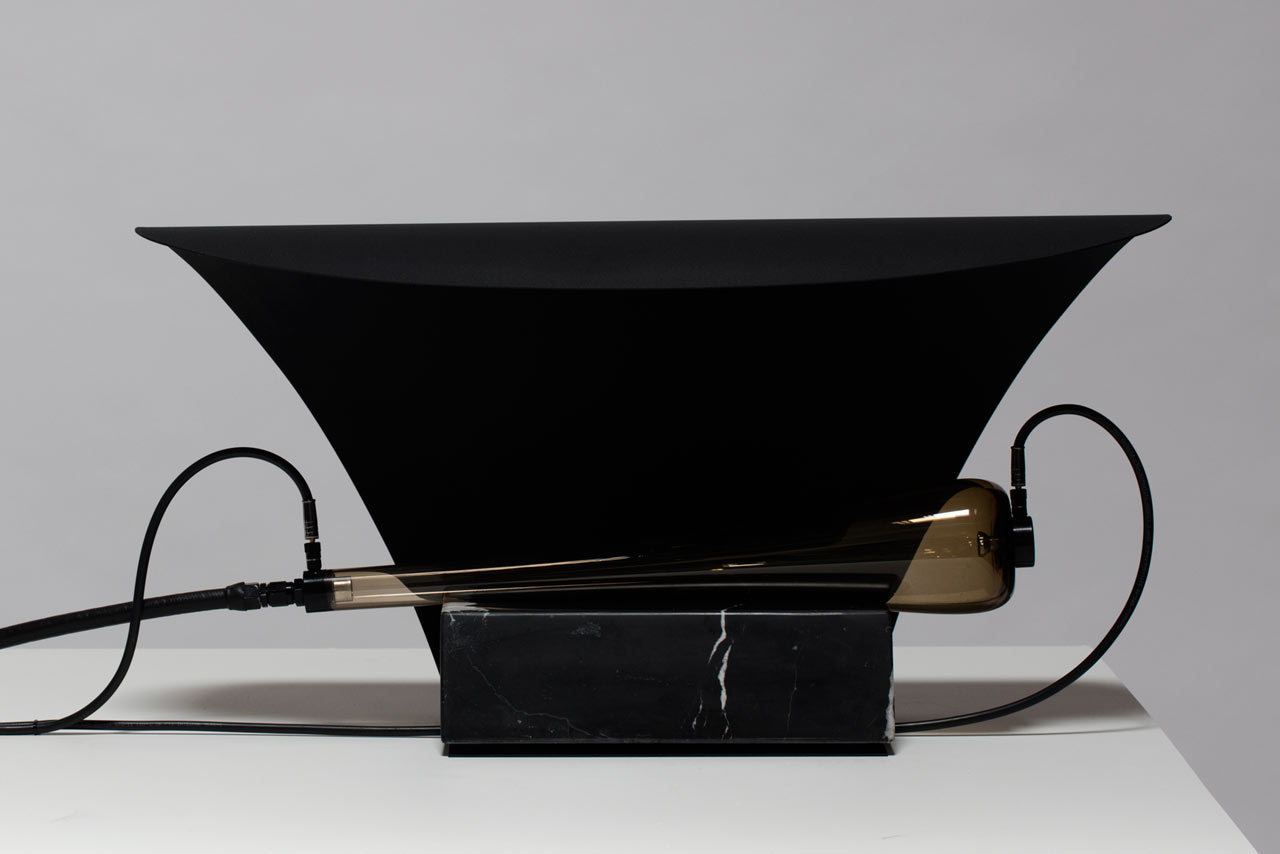 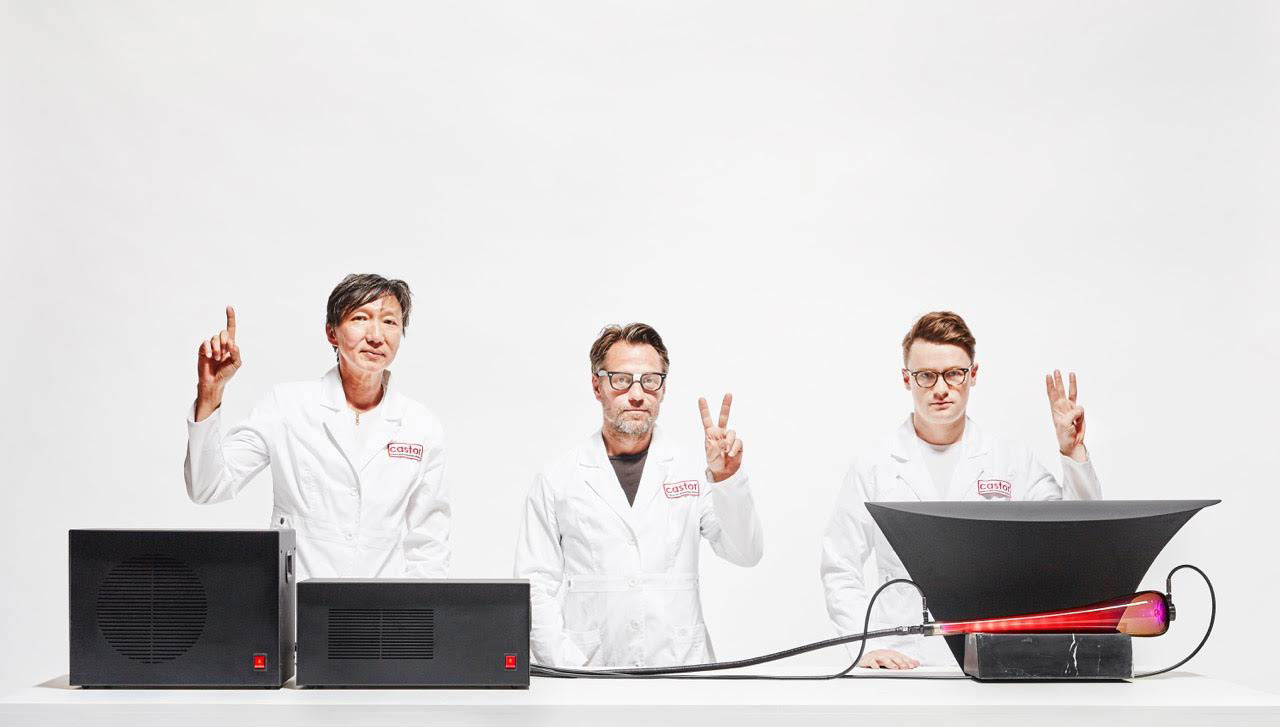 Castor’s particle accelerator is a beautiful hand­blown glass tube that sits atop a black marble base, covered with an overhang. It’s outfitted with machined electrodes, and its transformer and vacuum are presented alongside, housed in custom component boxes.

I can’t explain it as eloquently or as scientifically accurate as they have, so let me just turn it over to them to elaborate:

When electrical current is activated and a enough of a vacuum has been formed within the tube in order for electrons to travel without striking a molecule of gas, low­​mass particles accelerate to 30% of the speed of light. These electrons strike other atoms and give off light as they settle to their original energy levels. 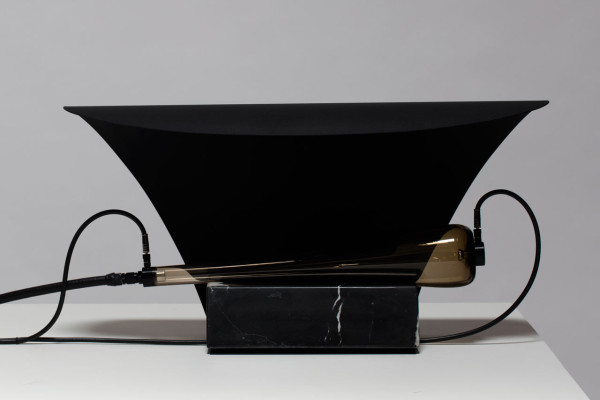 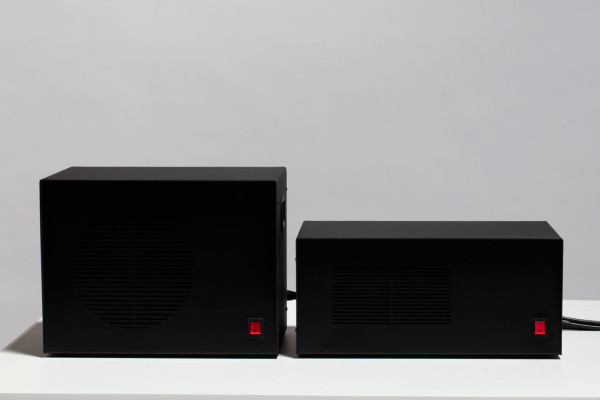 The light first appears in arced shape, and quickly stabilizes and “flows” in a straight line across the centre of the tube. This beam of light bends around a magnet when one is placed beside the bottle, indicating the presence of the electron.

As gas molecules undergo more collisions inside the bottle, emission wavelengths appear separated out into plasma bands, demonstrating the Heisenberg Uncertainty Principle. More columns indicate that the electrons’ energy in a given state is less defined. When the vacuum dissipates, the plasma reaches its extinction point and scatters. 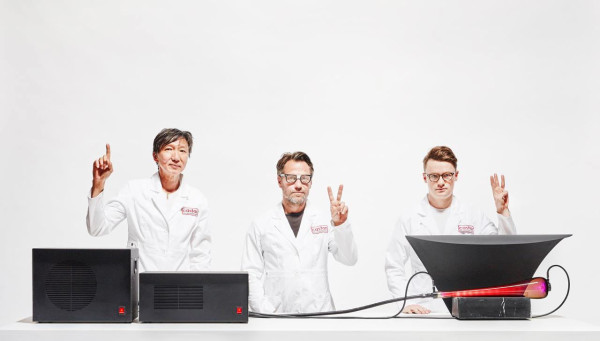 View it in action: