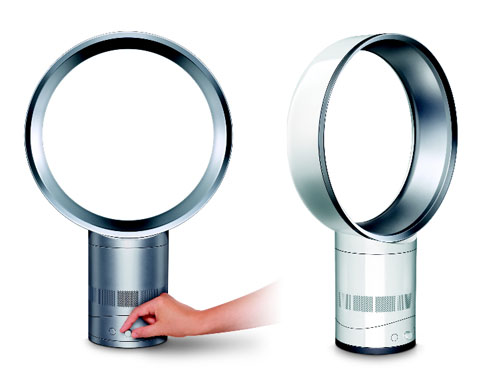 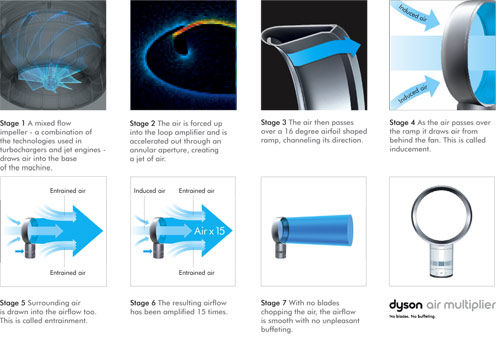 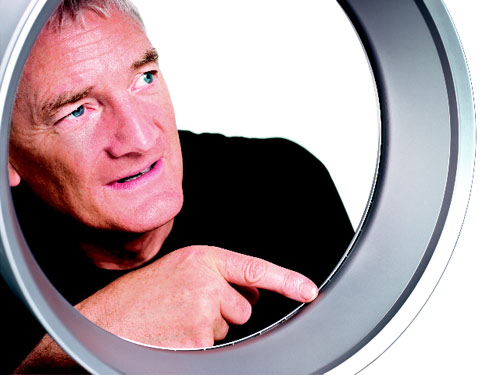 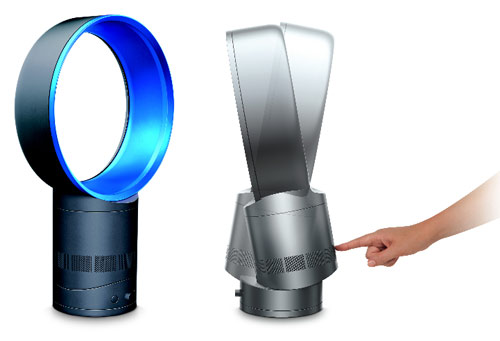 I just got the single coolest thing in the mail anyone has ever sent me. The Dyson Air Multiplier™ Fan is a bladeless fan that looks so futuristic you wonder if it’s even real. But, oh yeah, it’s real. No dusty blades to clean, no grill, and it’s sleek and modern. When I say that this thing really works, I mean it blows as much as my current Hunter fan, but it’s quieter and I can stick my hand through it! Here’s how it works:

Air is drawn into the base of the machine.  The air is forced up into the loop amplifier and accelerated through the 1.3mm annular aperture, creating a jet of air that hugs the airfoil-shaped ramp.  While exiting the loop amplifier, the jet pulls air from behind the fan into the airflow (inducement).  At the same time, the surrounding air from the front and sides of the machine are forced into the air stream (entrainment), amplifying it 15 times. The result is a constant uninterrupted flow of cooling air.