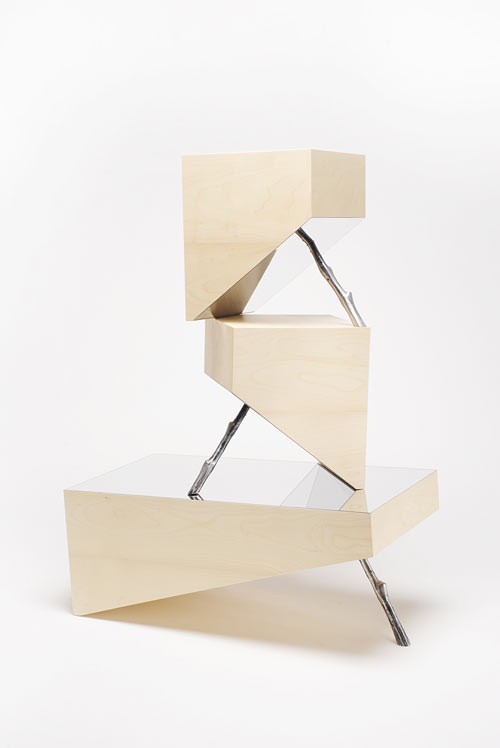 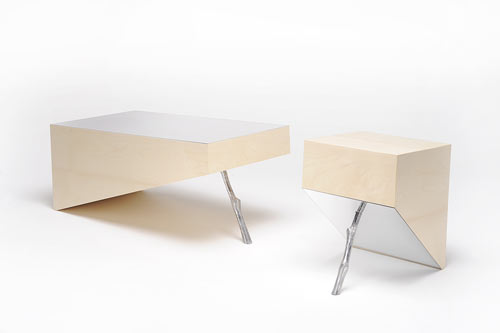 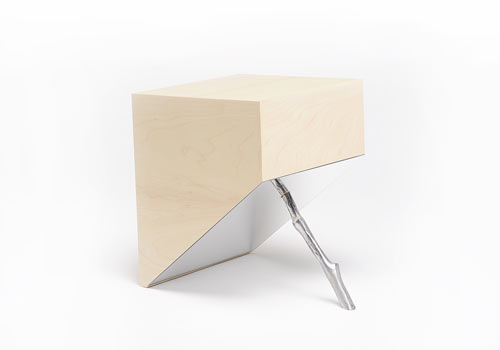 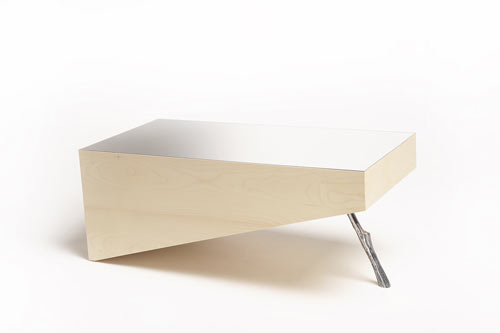 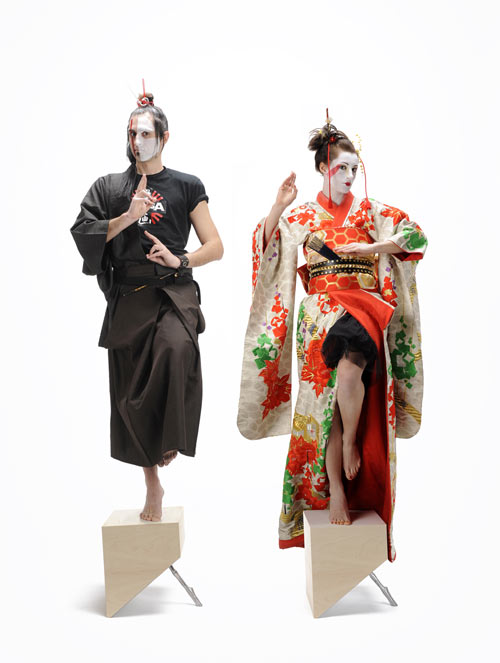 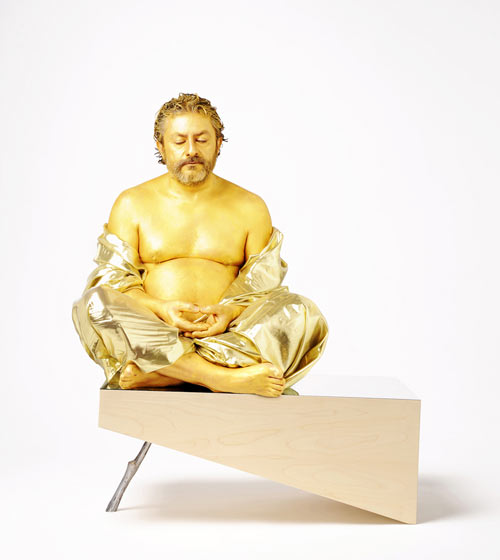 CTRLZAK Art & Design Studio is a multidisciplinary team founded by Thanos Zakopoulos and Katia Meneghini. They will present their new D\ZEN project during Salone in Milan.

The inspiration behind this project was when Zakopoulos and Meneghini discovered something peculiar on a mountain near a Buddhist temple: tiny sticks placed underneath massive boulders, appearing to support them but too small to bear the stone’s weight. The idea behind the furniture is that the stick is man’s little touch, which supports nature but reminds us that everything is temporary. D\ZEN furniture pieces are archetypal forms that sustain objects and people, imperfect forms in perfect balance.

In the past it is probable that these sticks were placed beneath the stones by monks and had sutras carved on them. The exact original meaning of this folk tradition is unclear, although it could be the expression of a request, a vow, or a testimony. Although the different forms of Buddhism have diverse practices, this specific one is unusual. It is certainly a gesture within the Zen spirit, which has been the foundation of this project’s creative process. It also followed Zen principles of slow and fast, movement and stillness, transformation and balance; above all an open process with open results which aims to be nothing more than what it is. D\ZEN’s balanced volumes are inspired by a rare combination of nature and man’s respectful intervention. They are archetypal forms that sustain objects and people, imperfect forms in perfect balance. Throughout the long development process the importance was placed in conveying the essence of nature and the balance of things. The stick is man’s little touch, which supports nature but reminds us that everything is temporary.

Constructed from maple, a material with strong spiritual connotations in Eastern and especially Japanese culture. The supporting branch is handcrafted in solid, sturdy metal. On the top is a reflective surface to emphasize the connection between nature and man, between heaven and earth.