“You Are How You Eat” Contest Winners 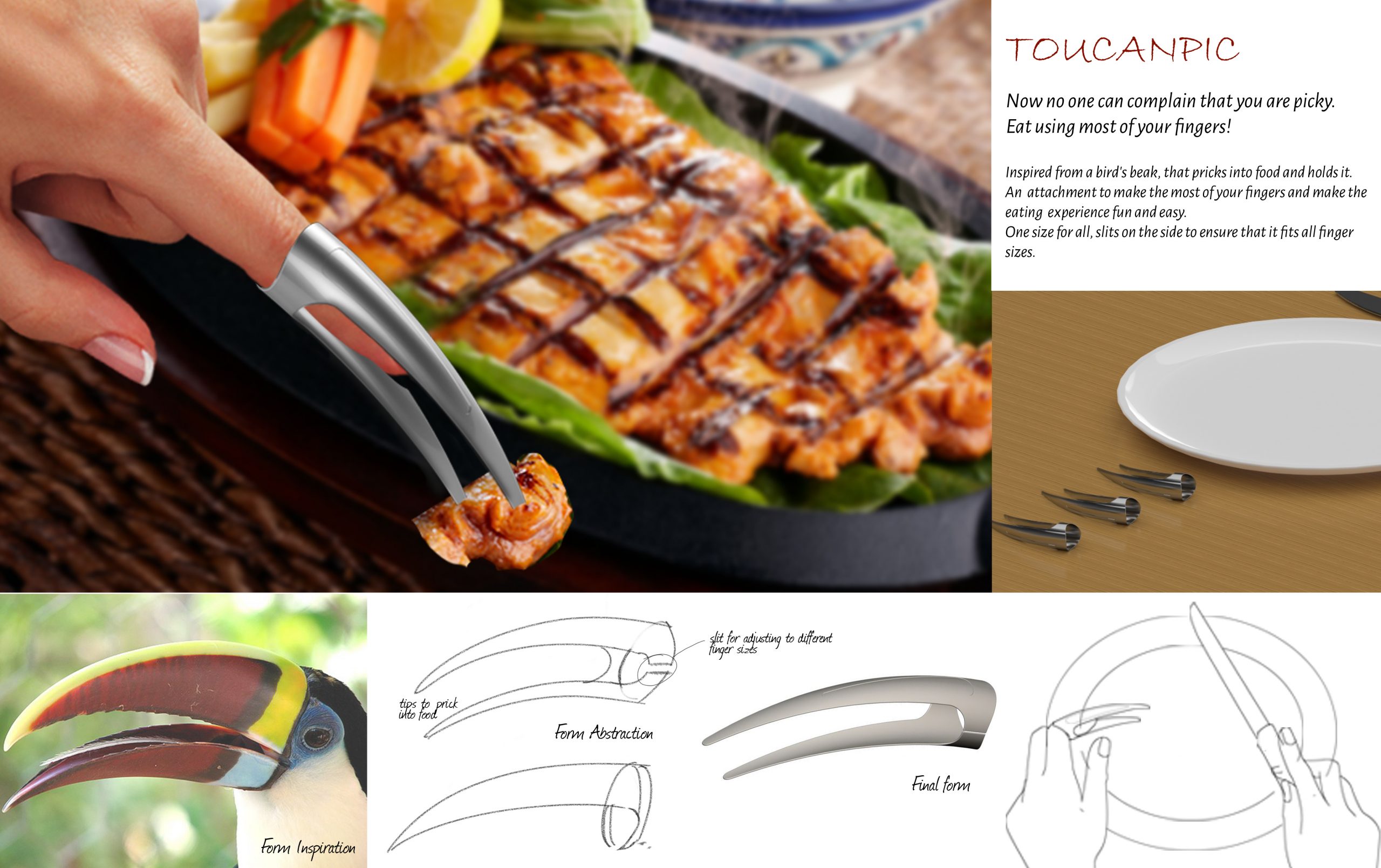 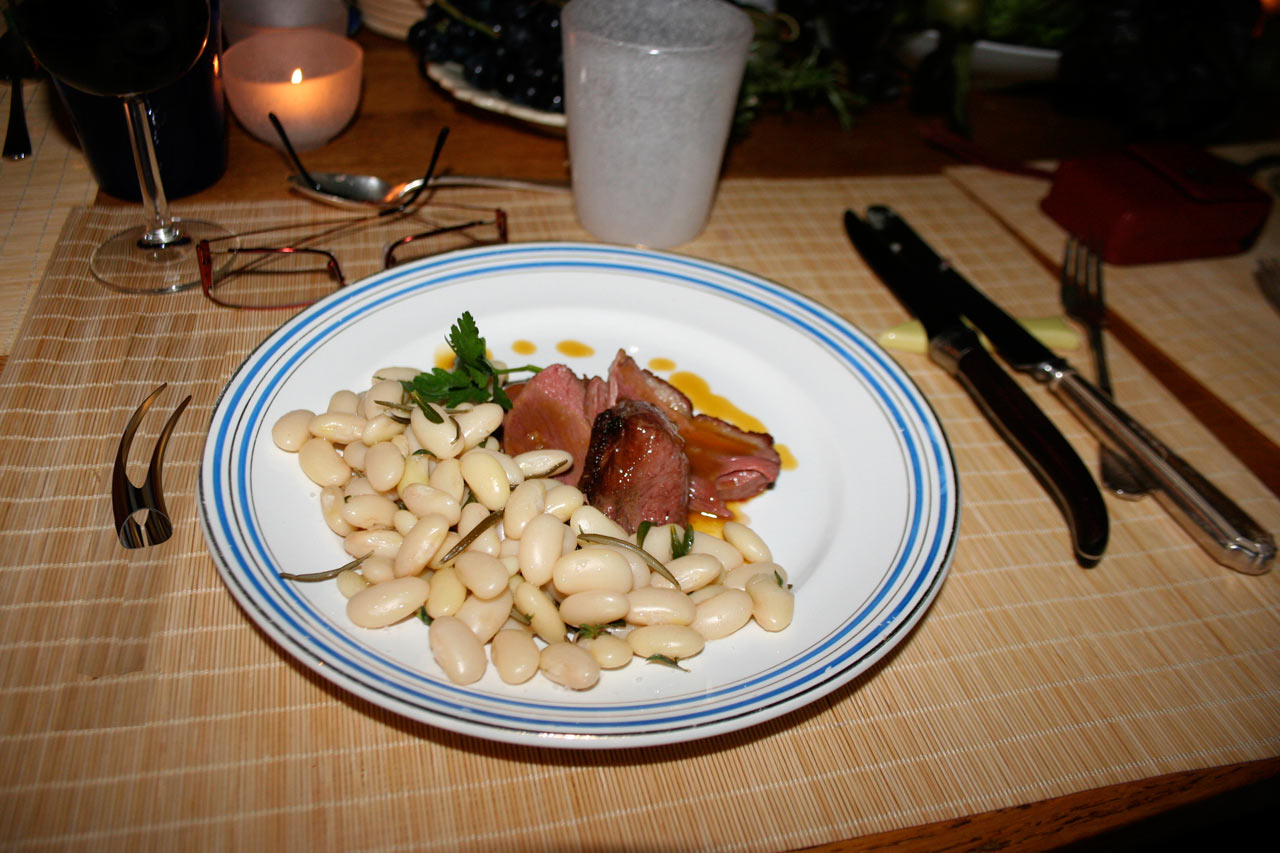 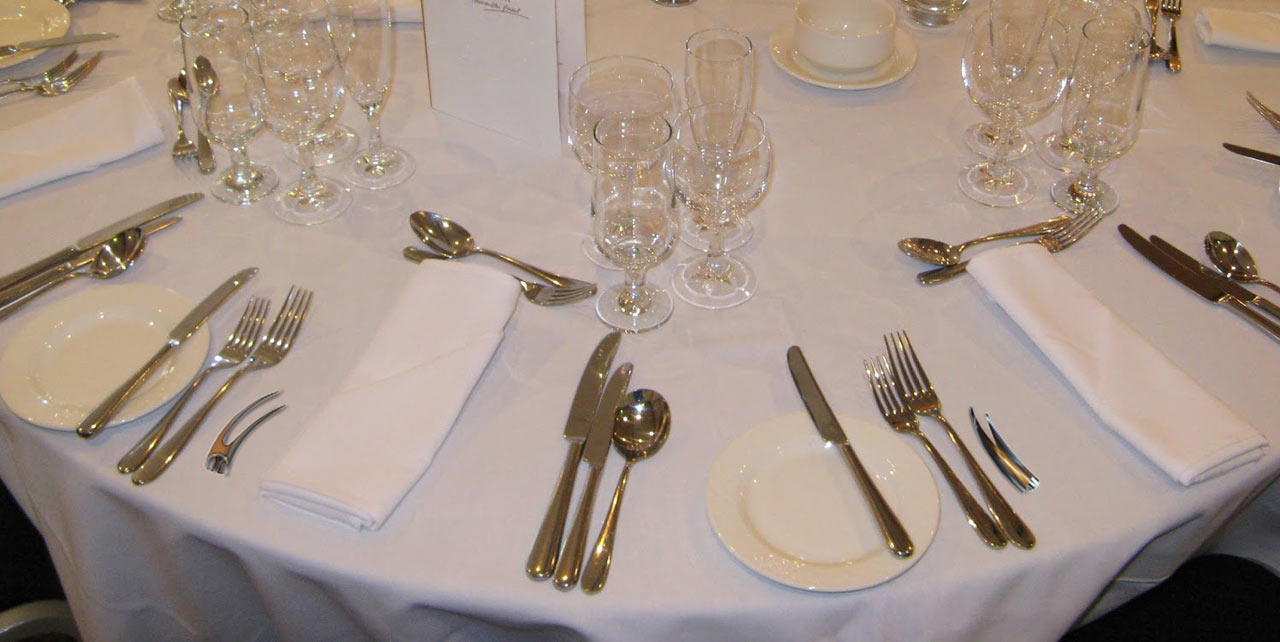 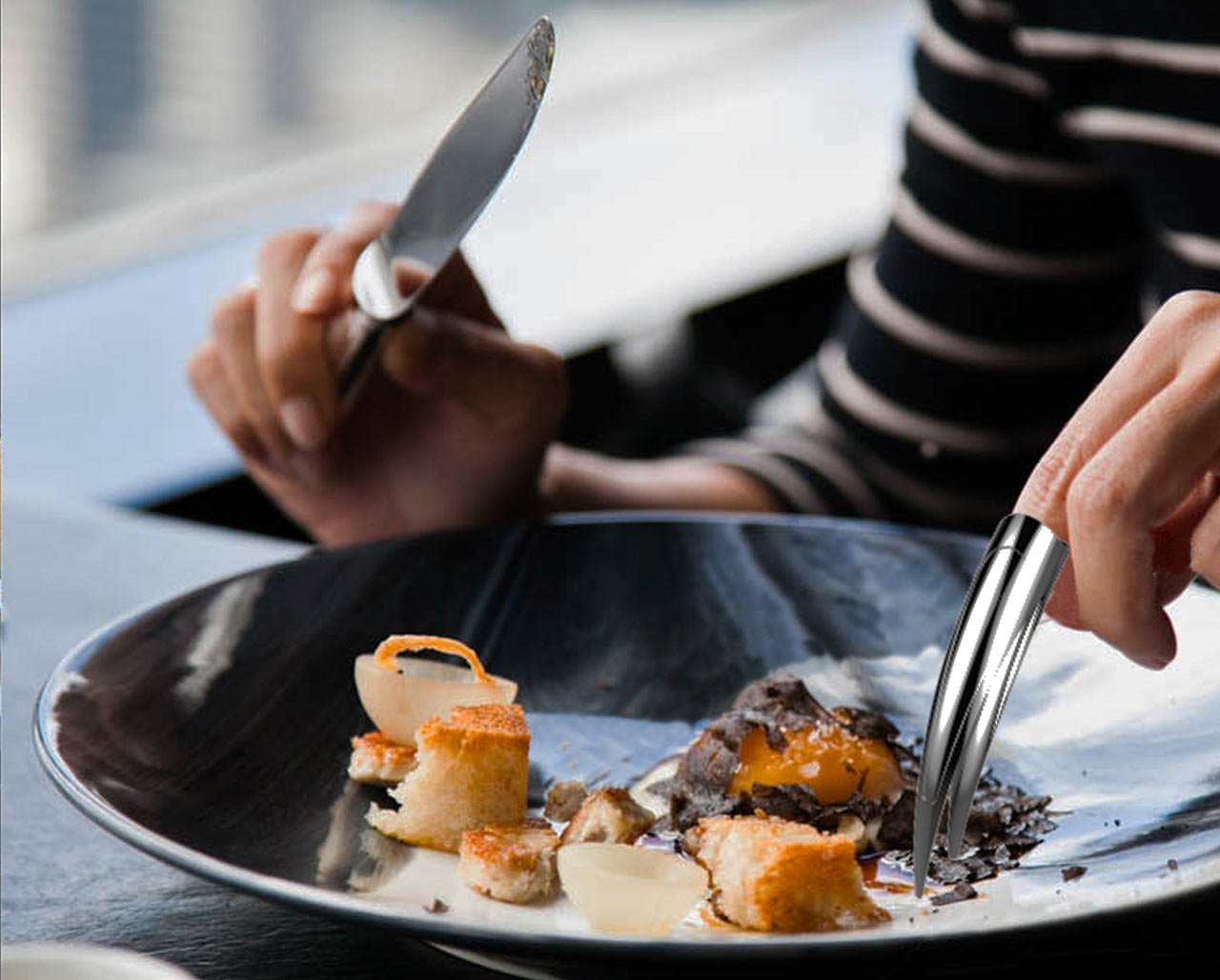 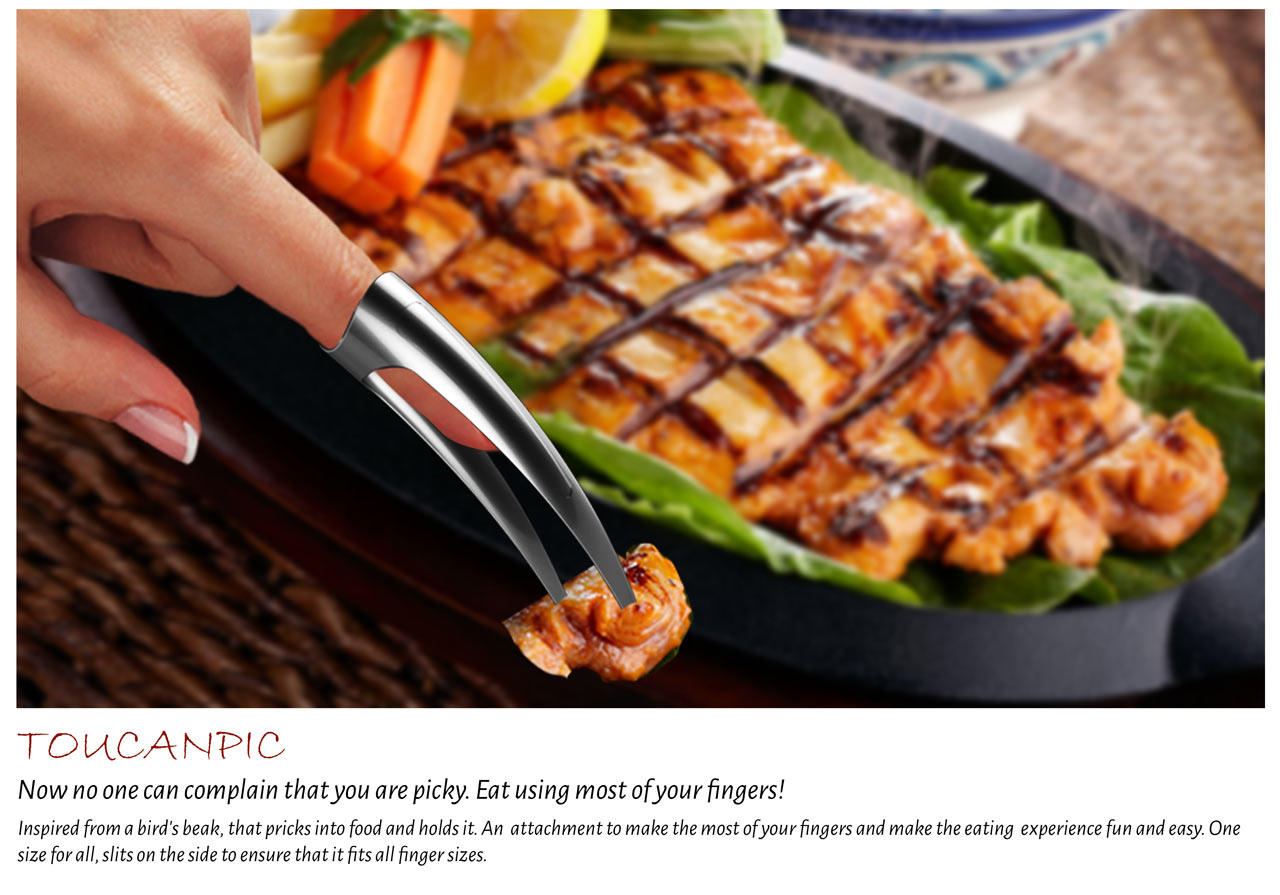 “You Are How You Eat” Contest Winners
1/6 Photos 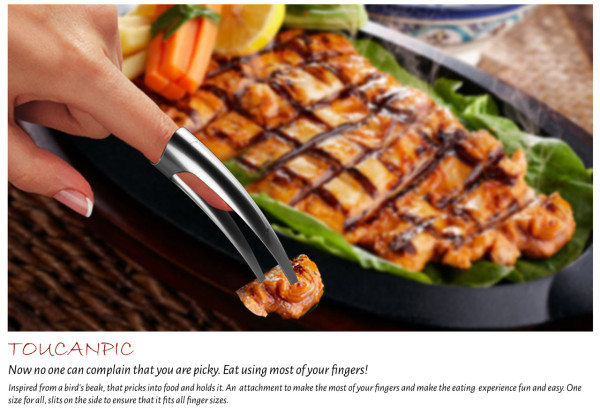 Toucanpic by Swati Tavanandi & Yogesh Munavalli
Inspired from a bird’s beak, that pricks into food and holds it. An attachment to make most of your fingers and make the whole experience fun and easy. One size for all, slits on the side to ensure that it fits all finger sizes.

We talked to the design duo behind Toucanpic to find out more about their inspiration and thoughts about eating tools in general:

What inspired you to create a finger tool?

Our primary focus of designing cutlery was to reduce the current eating effort, so we came up with an idea where the finger acts as a tool to pick up the food. I tend to believe that nature finds the best solutions for survival of species. So, picking up a bird’s beak as a possible basis for the finger tool was natural.

Do you believe our eating utensils need a true redesign?

Eating utensils may not need a total redesign since they evolved over ages to suit whatever humans chose to eat. But yes, in earlier centuries, there may not have been any specific attempts but changes were more to go with the needs. Whereas today we see the way food is re-invented and recipes are explored, so should the cutlery.

What was the biggest challenge with this design?

Initially we were blocked with conventional ideas of cutlery since we have seen the same since ages now. We brainstormed on ideas to break the conventional path and come up with something not thought of. To make it useful and functionally working for everyone was the biggest challenge we faced. But unless we take a risk and try, we will never come up with something really new. Our next step is to achieve this challenge by making mockups and prototypes and come up with final versions.

How do you foresee us eating food in the future?

Everything is moving towards speed and fast cooking. But surely humans wouldn’t be changing the speed of eating. But the human mind will always look for novel eating patterns, something which comes naturally. So the major redesign in cutleries will be focussed around hygiene and simplicity. 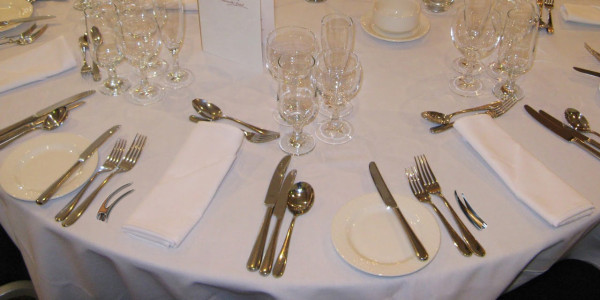 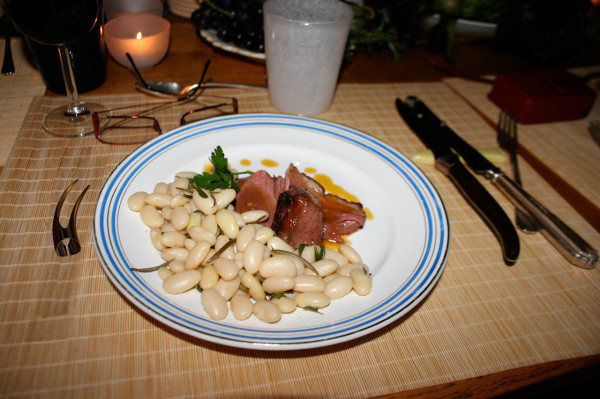 Was it difficult to design as a team?

No, working as a team in fact helped in generating more ideas, brainstorming and getting different opinions. And each one has their own strengths which get utilized well when working together.

It was easy moving forward as a team. One best thing working as team is one enjoys and gives his/her full on the given task and try to excel on our own earlier attempts. As a team, and after winning, we are now even ruminating on various other ideas we had before we landed with Toucanpic. That was fun. 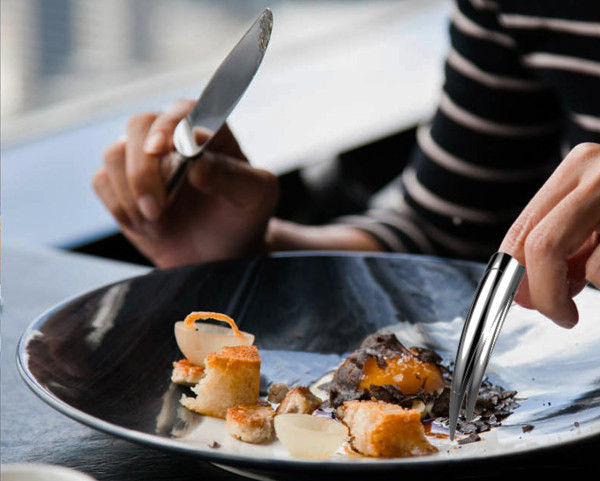 What was your other favorite entry design in our contest and why?

Every entry was interesting but our favorite were Silica as they focused on a new and breaking the conventional way of eating food. A way of eating with hand naturally yet something not thought of earlier.

Get in touch with Swati Tavanandi and Yogesh Munavalli on Linkedin.

RUNNERS UP – 1 year of Adobe’s Creative Cloud, $100 of credit to Shapeways each

Floating Cutlery by Nina Cho
People normally place tableware onto a napkin or prop them up on their dishware while dining. It is generally thought to be unsanitary to touch the surface of dining table with your cutlery because the utensils meet your food and mouth. I designed tableware that solves this problem. My project presents a set of utensils that will not touch the table surface when you lay them down. The set includes a fork, knife, spoon and chopsticks. The handles of the utensils are a solid base that support the blade of the knife, tines of the fork and the bowl of the spoon. The tableware appear to float above the surface of the table and eliminate the need for the placement of a napkin underneath them. The result is a sanitary and aesthetic improvement to a contemporary place setting.

Silica by Libero Rutilo
This new food design accessories set was thought as a new way of rediscovering the sensations and interaction with food.

Here in the Western World, we have become used to eat in a proper way, using utensils such as fork, spoon and knife. In some other parts of the world, including Asia, Africa and the Middle East, eating with hands is quite common. In Ancient Rome eating with hands was also a tradition.

“Silica” gives you a pleasure and emotions to eat with your hands and in the same time keeps your fingers clean. Biomorphic design of “Silica” collection takes inspiration from the nature. The shape of every element of the set imitates living organisms.

The spoon takes its shape from a membrane of some creatures and a leaf. Sticks represent a bird beak, while tweezers mimic lobster pincers.

Special thanks to our judges and partners at Adobe, Alessi and Shapeways!