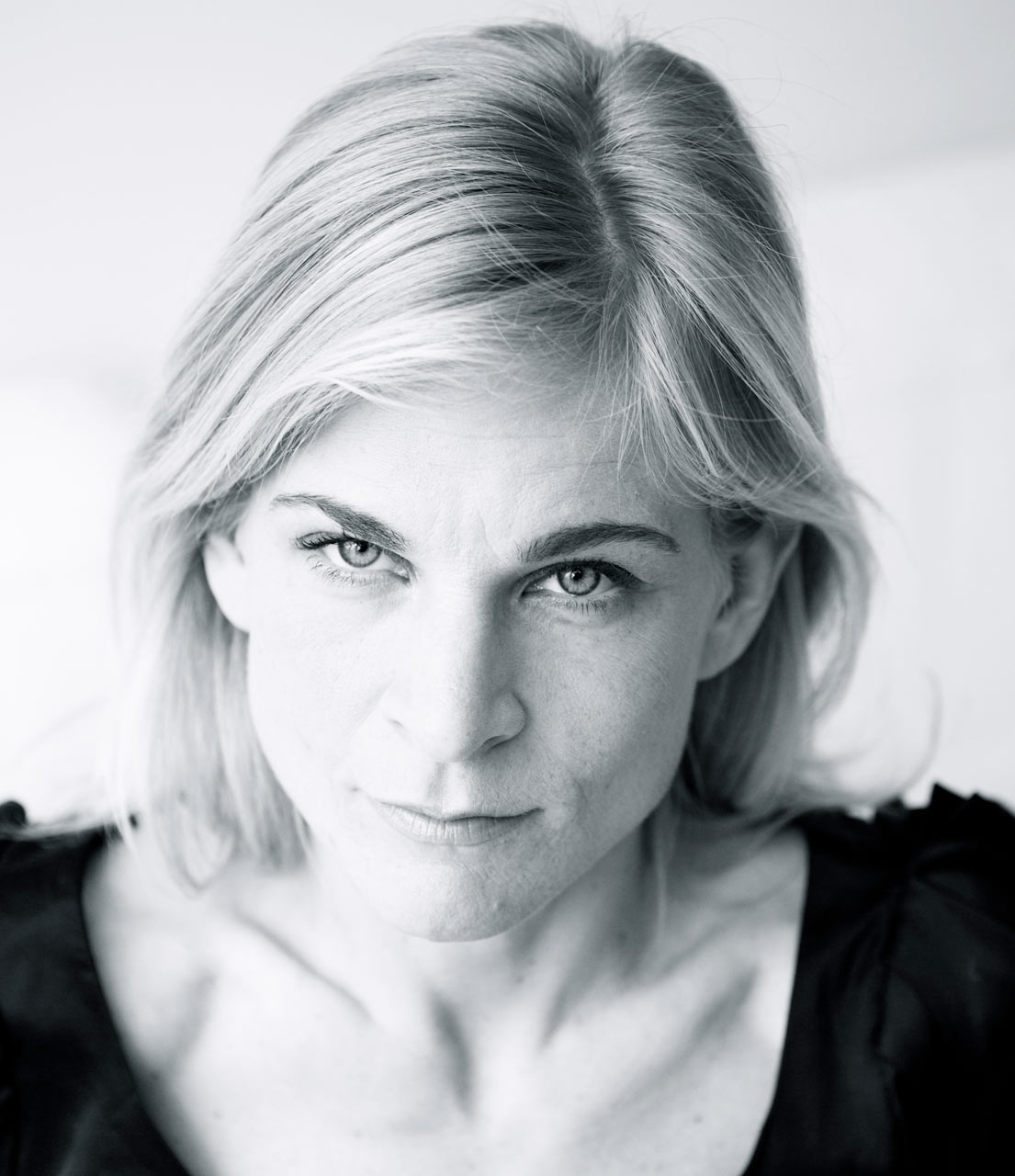 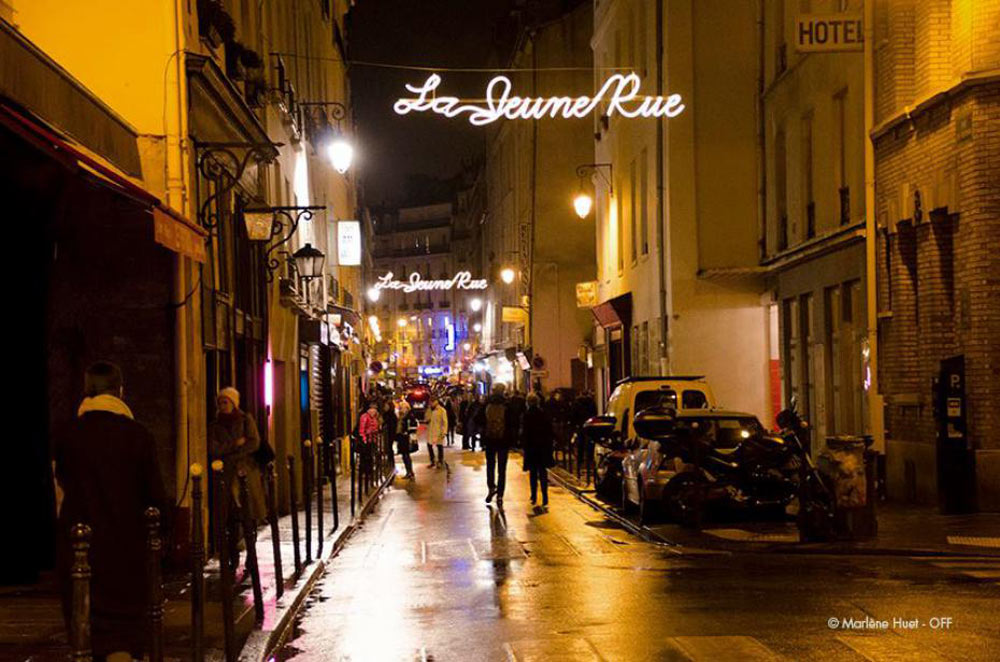 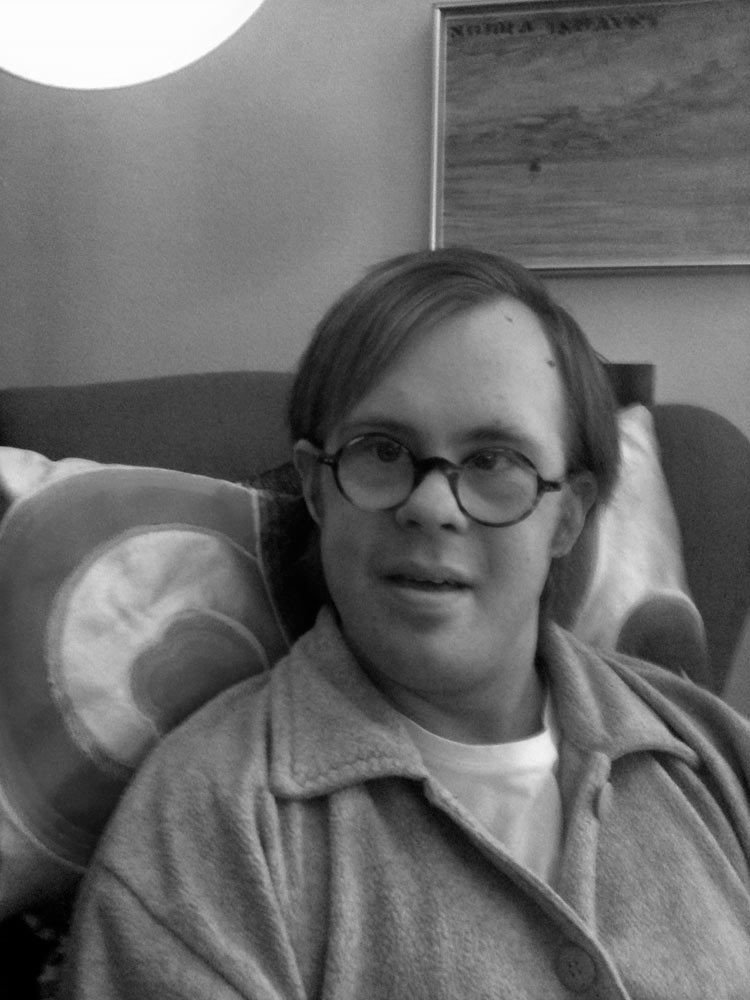 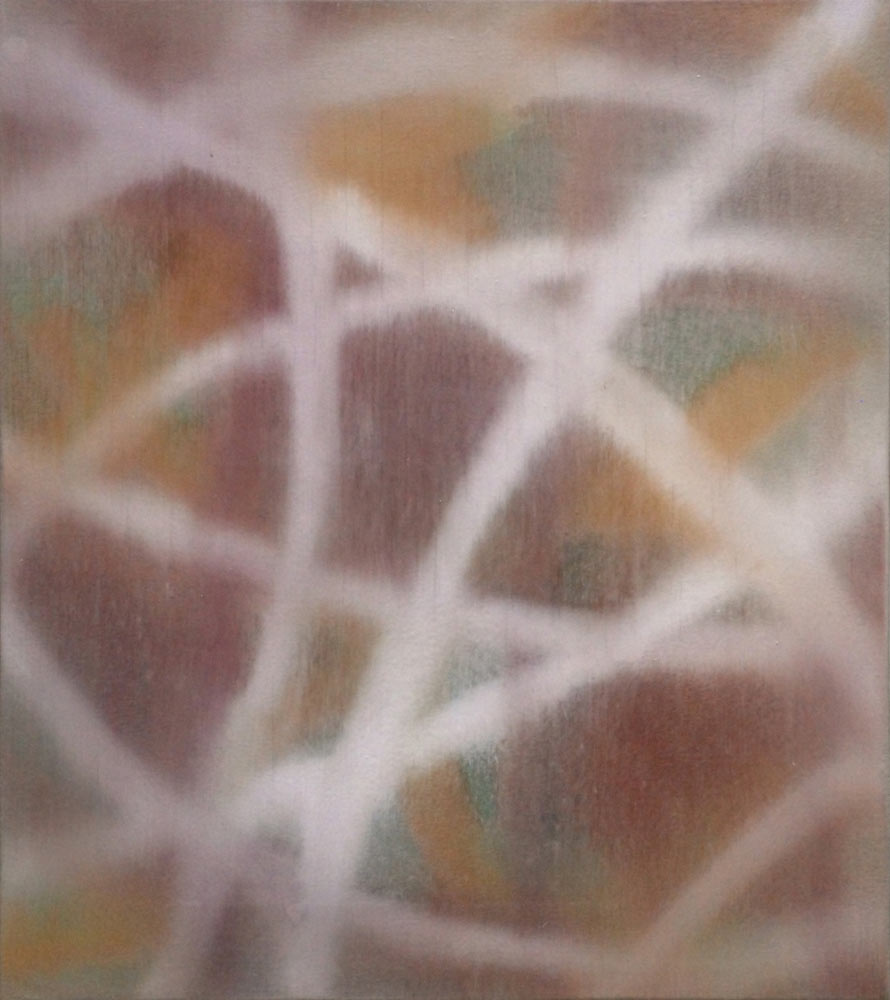 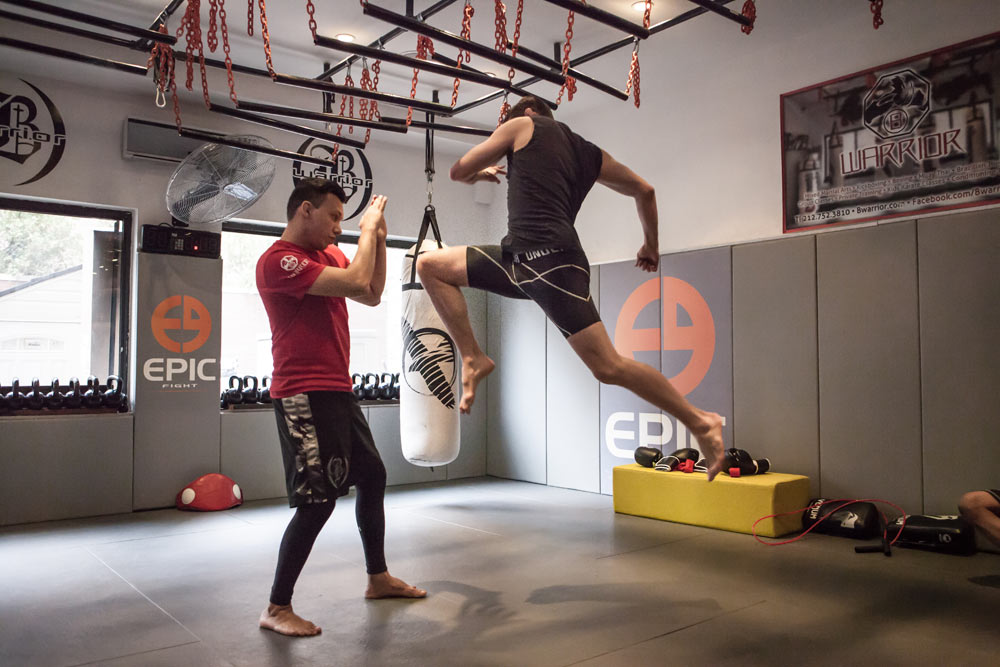 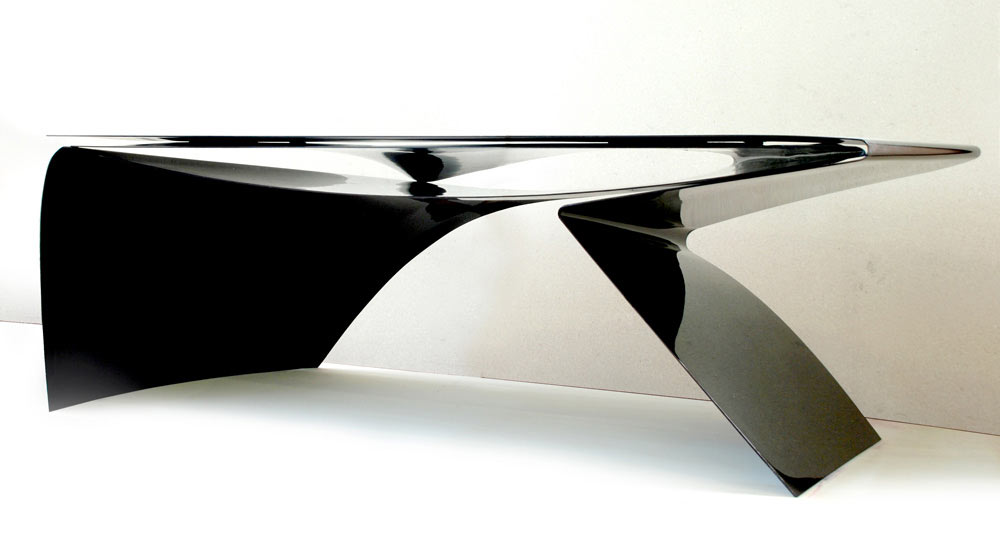 Photo by Marlene Huet - OFF
2/6 Photos

Interior architect and designer Cecilia Dupire hails from both France and Sweden, while also spending time in London and Vienna for her studies. Over the years, she’s worked with many world-renowned designers and architects, including Zaha Hadid’s senior designer, Michael Philip Wolfson, and Rupert Gardner Design in Sweden, to name a few. Her design career has run the gamut, exploring both commercial and residential design, while also designing furniture (remember ZIG?). She’s even restored medieval homes in the South of France. The culmination of years of work led her to venture out on her own and to start Cezign, her New York City-based firm. Want to know where this designer finds inspiration? Have a read in this week’s Friday Five. 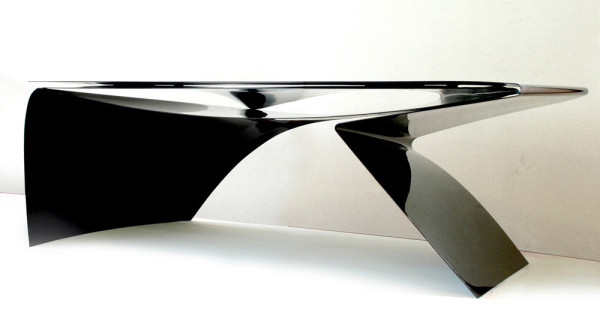 1. Philip Michael Wolfson
My very generous mentor, who started working with me while I was still in University. Michael helps me to push myself to try new things, to push the boundaries of my talent, and to see everything with a more schooled eye. As Head of Design for Zaha Hadid for many years, Michael has established his distinctive pathway, re-examining the forms and ideas of the early 20th century Modernist movements, particularly Constructivism and Futurism. His unique approach to design and art is informed by the dynamics of fracture and fragmentation – layering and manipulating his materials into fluid shapes and forms. His experimental design transforms fluid shapes into sculpture, preserving only elemental function. Everything that comes from Michael’s fertile mind is surprising, curved, beautiful, inspired sophistication. His eyes have transformed my world. 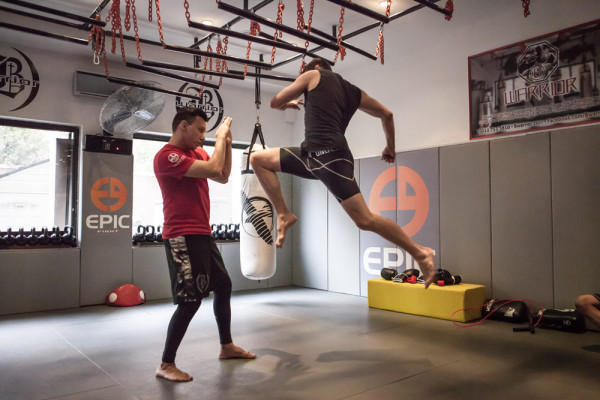 2. BWarrior
BWarrior is a Mixed Martial Arts Studio that makes me strong, creative, and energetic. It is important for me to start my day there, availing myself of their offerings, MMA, Muay Thai Kickboxing, Brazilian Jiu Jitsu, or even Self Defense. Their mantra DO OR DO NOT, THERE IS NO TRY has changed my life and my outlook, all in a very positive way. It is the ultimate way to develop your mind/body synergy and one-ness. I have even created a martial arts studio in my home in Southampton, and my children have become involved as well. Here is how BWarrior inspires me: 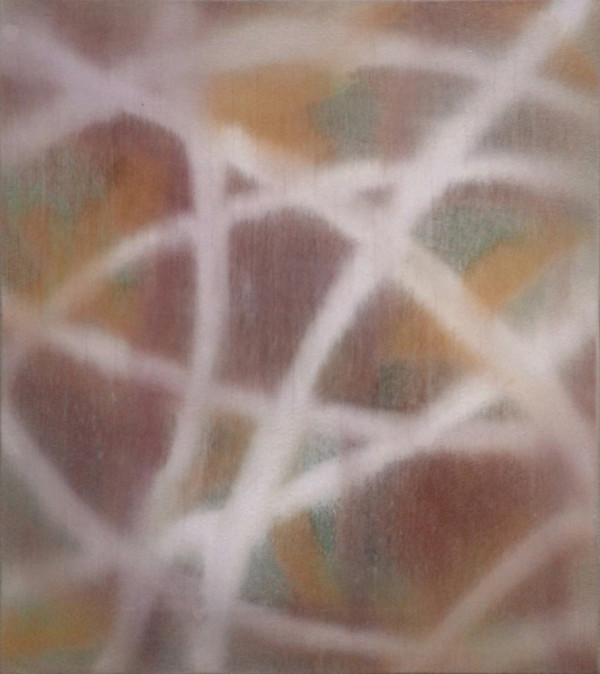 3. Depth
Magnus Carlen is a Swedish artist whose work explores the secrets deeply below the surface. His art is very thoughtful, and often, a variation on a theme. With exhibitions in galleries and museums across Sweden, France, and Russia, Magnus has also done a number of bold public art installations. His paintings have been described as “a tone vibrating as the color meets the canvas, the frame, the spectator.” He is a good friend of mine and his profound process is always an inspiration to me and urges me to explore things more thoroughly.

Depth in art
Depth in thought
Depth in friendship 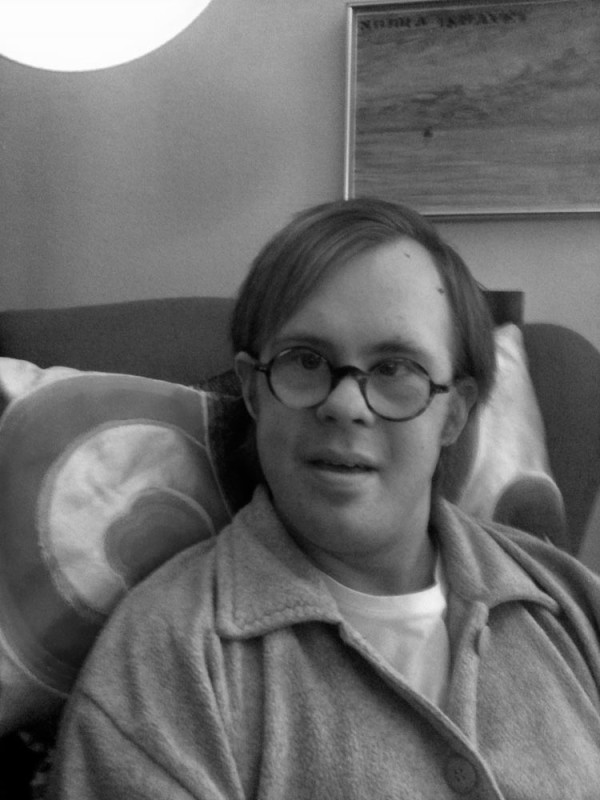 4. Bjorn
Bjorn is my younger brother. He was ill almost his entire life, and he inspired me every minute of it. His difference taught me the importance of realizing that sometimes what we consider as less is actually more. I love you so much my beloved brother and guiding light, even though you are not with us anymore. Through his illness, he taught me strength, his creativity helped me to channel my own, his struggles pushed me forward to try and help other ill children by guiding them to find their inner voices in art therapy. His legacy to me and all those whose lives he touched will live on. The greatest gift of my life was that I got to spend so much time with him in order to glean his inner-wisdom. 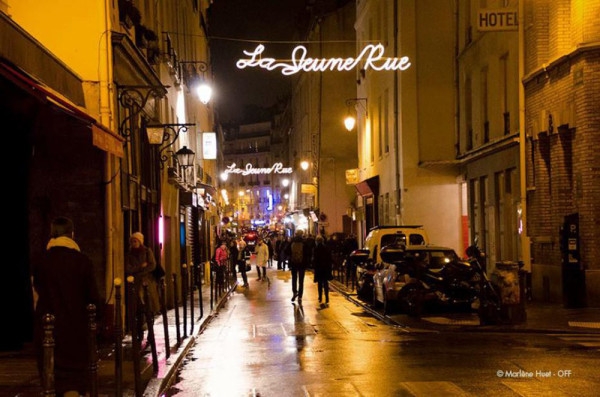 Photo by Marlene Huet – OFF

5. La Jeune Rue
La Jeune Rue is a bold and unique development from young banker Cédric Naudon. La Jeune Rue will be a whole new neighborhood in Paris, fanning out along the Rue du Vertbois, Rue Volta, and Rue Notre-Dame de Nazareth in the Northern Marais. Naudon has taken over about 25 shops here, each of which will be overhauled by some of the biggest designers and architects on the international scene. I am currently working on an exciting new project in this new neighborhood. It is a building with seven flats and a gallery space. I was inspired to create environments in a new way, with more options, and to make the space work in diverse ways. For me, it is a chance to build something visionary, which fits into the utopian quality of this new neighborhood.