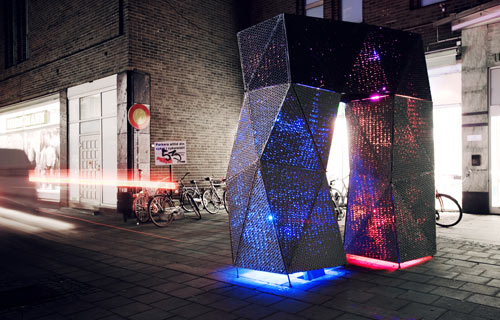 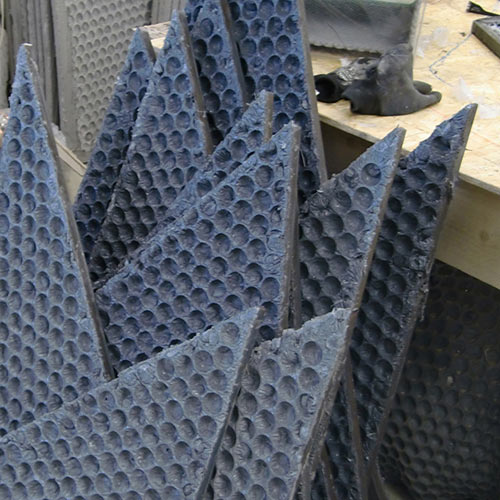 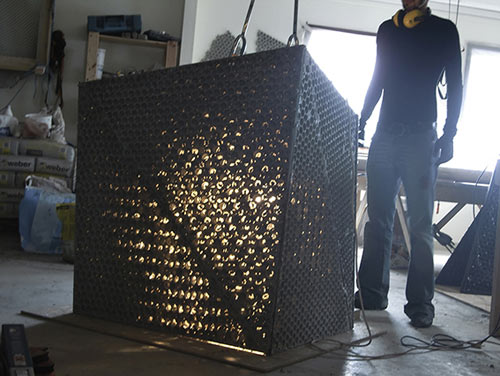 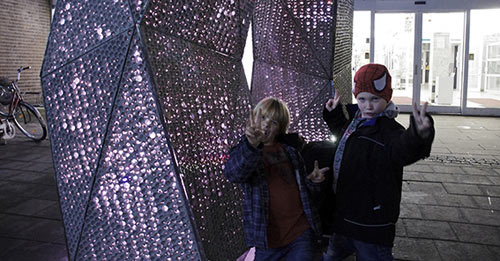 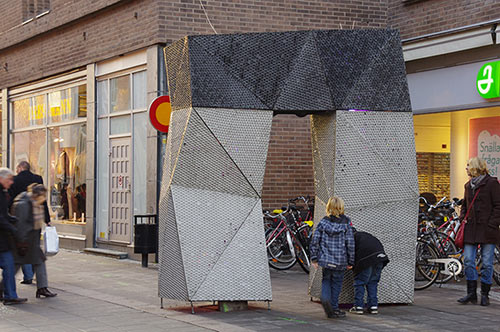 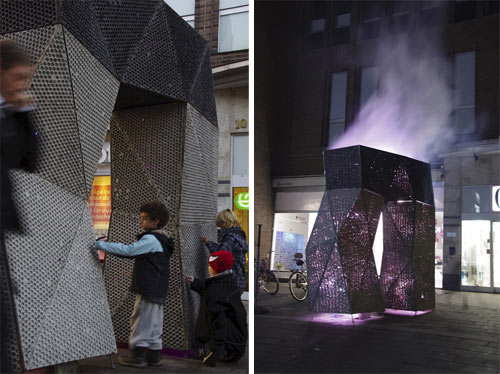 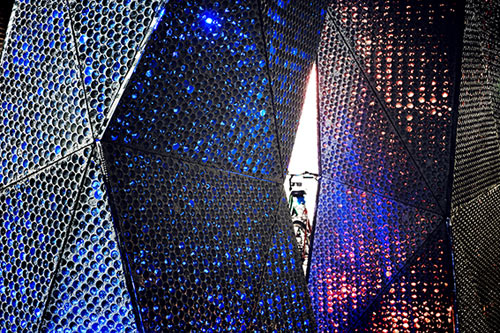 Hot Pants Smokin’ is a sculpture of concrete and light realized in Uppsala, Sweden executed by White Arkitekter and Butong for the biannual Uppsala Lighting Festival (Allt Ljus på Uppsala). The title refers to a song by James Brown.

Uppsala is situated in northern Europe, as far north as Alaska or Greenland. Through the dark month of November this glimmering structure stands in one of the busiest shopping streets of the Swedish city.

“This is a lighting festival. But as architects we wanted to explore form and material containing light, rather than focusing on the lighting equipment,” says Jacob Melin. “We wanted to make a mysterious and archaic object, in some ways contrasting to the commercial and mundane part of the city where it stands.”

The material used is translucent concrete from Butong, mounted into 48 unique frames of thin steel profile. This low-tech BIM-project was developed working with physical models using steel rods joined by small magnetic balls. The rods were then numbered and measured, and L-profiles were cut ten times their lengths and welded into triangles. Each sheet of Butong was cut into shape with a knife in it’s wet state before being fixed in place in its frame. The filled triangles were then welded together into five boxes, lights were installed and finally the structure was screwed together on the site.

Daniel Ljung took care of the design of the lighting and Philips sponsored with lights. Two smoke machines regularly emit smoke which help to catch the light in the air.

The result is a 3.5-meter high sculpture that may remind of a pair of glittering disco pants, a starry gate or a space-age Stone Henge. It is placed in a pedestrian street, and it’s legs seem to be caught in the middle of a step.

Architecture can be interactive without buttons to press. Some choose to walk through, while others circle. Kids stop to peek inside, or pierce new and bigger holes in the structure where the concrete is paper-thin, letting more light out from the inside. “We choose to leave the crusts without protective layer, letting the sculpture transform throughout the month,” says Lars Höglund.