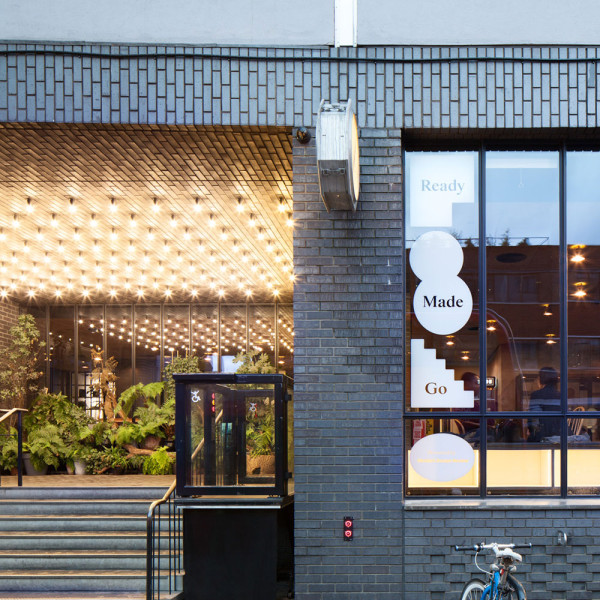 The Ace Hotel in London’s Shoreditch collaborated with Modern Design Review founder and editor Laura Houseley to commission a collection of objects as an exhibition for the London Design Festival, but crucially, that would be used by the hotel afterwards. “Ace Hotel gave me a list of everything they needed, I cherry-picked a diverse selection of objects that I thought would be interesting design exercises from a door handle to an art installation, then set about finding designers to make those objects,” said Houseley. “But the key part of the brief was that everything is genuinely for the hotel to use.”

The collection of London-based designers Houseley commissioned included well-known names like Philippe Malouin and rising stars like Studio Vit. The objects designed for the hotel were: a stool, an ash tray, a door handle, some lighting for the reception area, and sunglasses and jewelery for the gift shop. 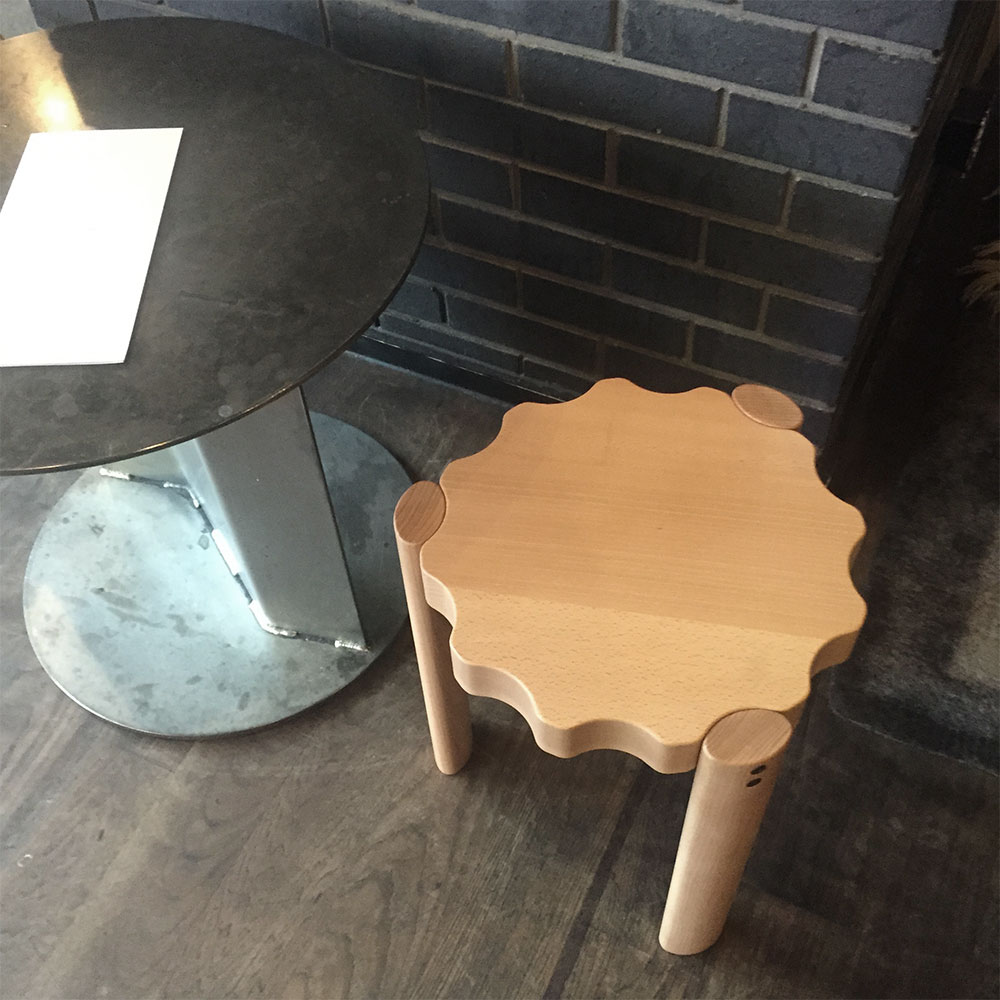 Malouin’s stacking stool can also be used as a side table and was designed for the hotel’s lobby, a popular working space during the day and cocktail bar at night. The space is dominated by dark, industrial materials, so its blonde wood and playful shape adds a touch of lightness to the interior. “The use of natural wood is actually quite new for the Ace Hotel, so they add little punctuation marks in the space,” said Houseley. 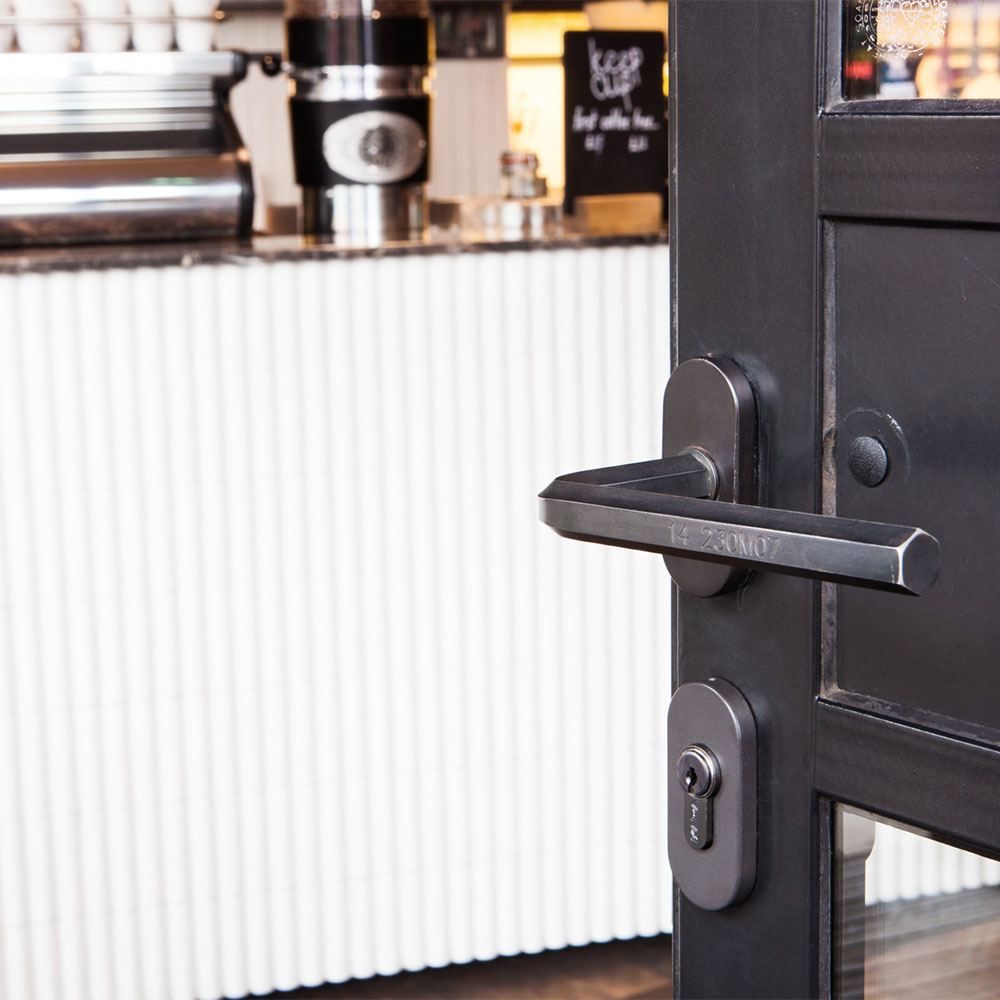 Malouin also designed the Hex door handle for the hotel’s Bulldog Cafe – the design of the door was such that an off-the-shelf door handle wouldn’t fit. The handle was re-cast from an industrial allen-key and fits perfectly with the utilitarian feel of the space. “It’s such an interesting thing to be asked to produce,” said Houseley. 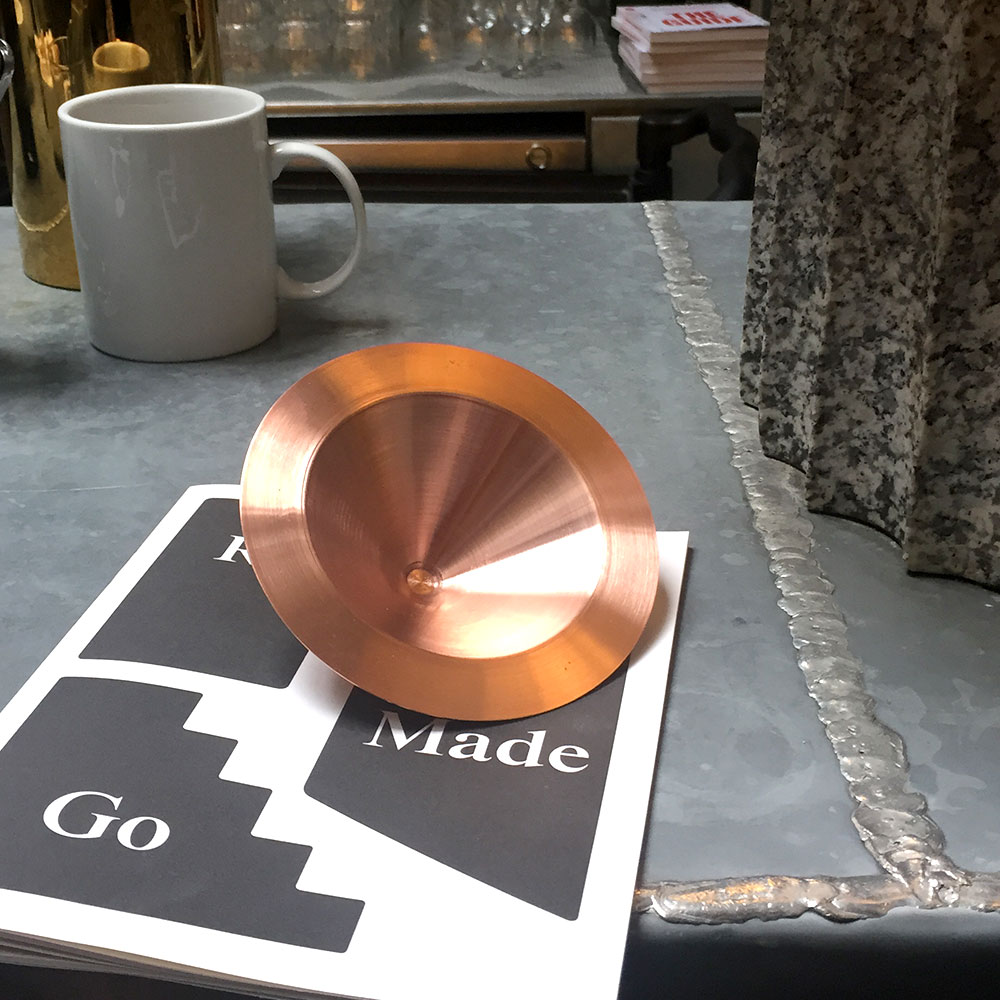 Tomás Alonso created the pressed metal Spin ashtray. “The idea is that it rotates gently, so it’s a playful thing to have between two people,” said Housely. “And the spinning motion contains its contents. We wanted to create an intimate object that one person can carry with them. They also stack beautifully.” 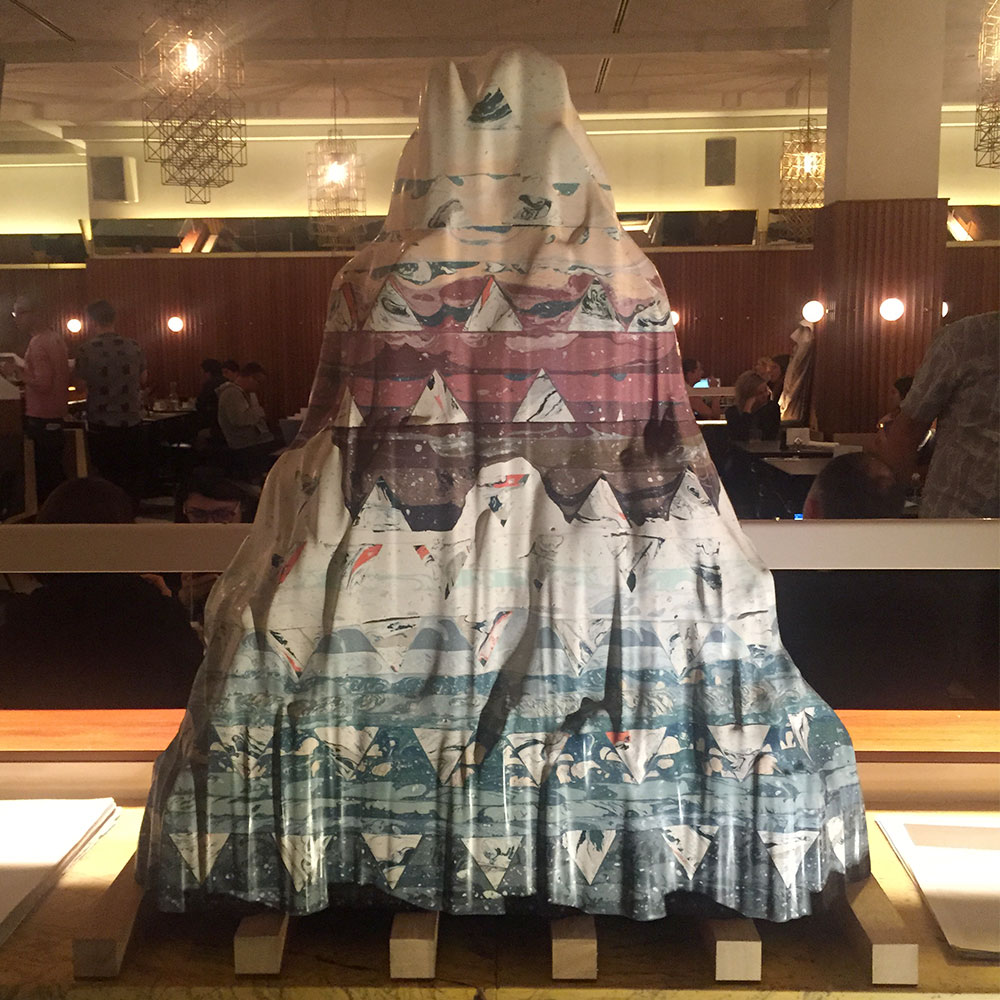 The designs commissioned range from the very functional to the almost art. “This was the opposite end of the scale,” said Houseley of Hilda Hellström’s Erosional Remnant Rock art installation for the hotel’s Hoi Polloi restaurant. “I wanted to demonstrate the different kinds of design that happen in London – the different designers working in different ways in different materials. I don’t think any type of design is more valid than any other and this kind of space really demonstrates that. You need a door handle to get into a room, and you need a beautiful object to create a moment of reflection. Design can accommodate both ends of that spectrum.” 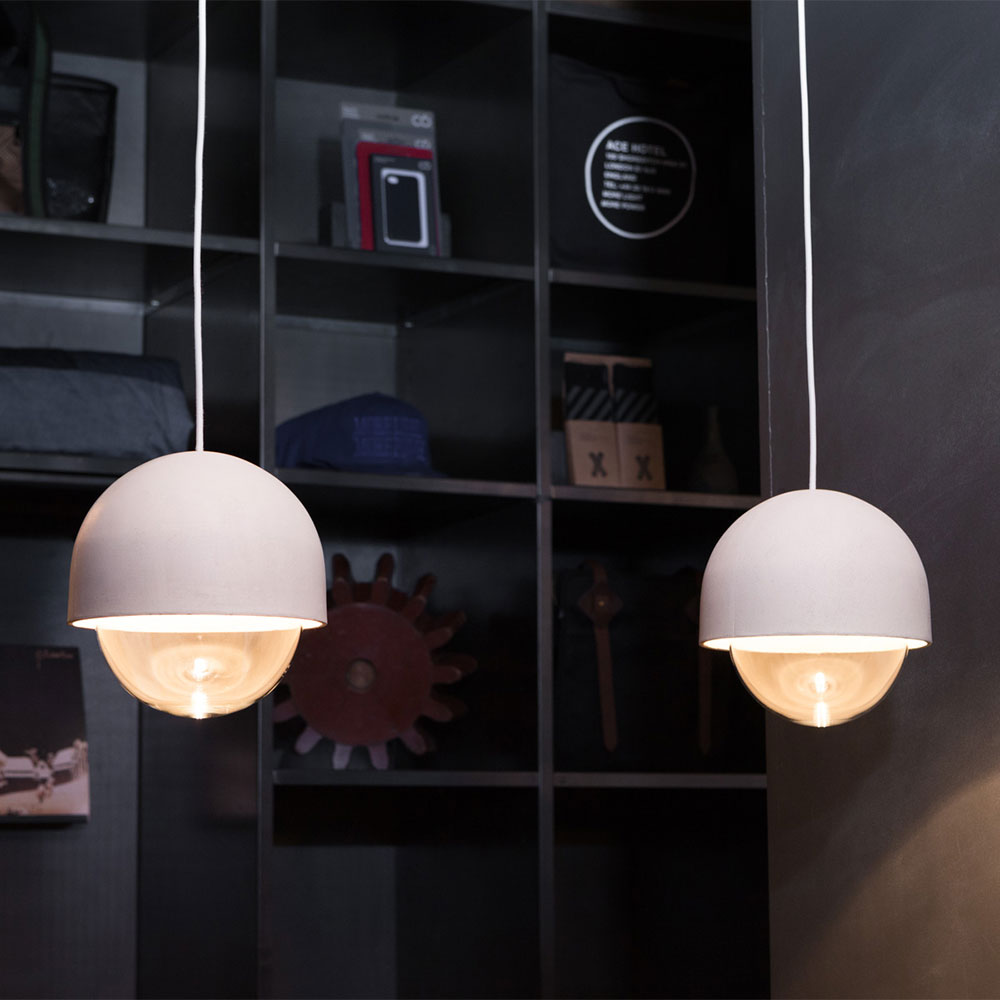 Studio Vit, recently awarded an Elle Decoration British Design Award, was commissioned to create pendant and table lights for the reception area – and the Ace Hotel liked them so much they have put in an order for more lights for the rooms themselves. “The lights were specially designed for Ace, and it was really nice to make something site specific,” said the designers. “We used cast concrete because there’s quite a lot of it in the hotel – there are a lot of industrial materials and a sense of ‘it is what it is.’ It’s solid, so it’s really heavy, which gives it stability, and we kept the seam so you can see that it’s been cast, which we felt was very much in line with what the Ace is about.” 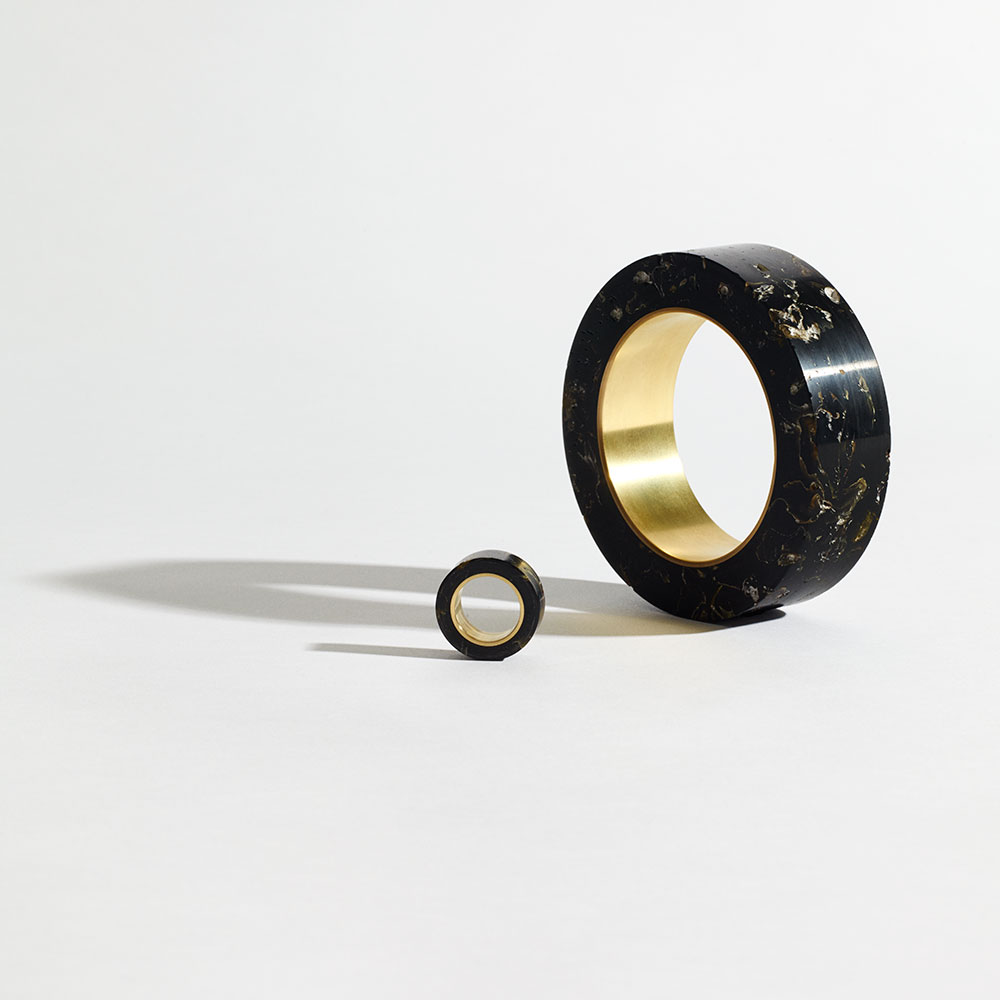 “For the gift shop, the brief was quite open, but existing products were quite masculine and they didn’t have jewelry. The idea of the hotel gift shop really interests me – who buys from it and why,” said Houseley. The first object she commissioned was Marcin Rusak’s Botanic Jewellery “He collects flower waste from local florists and dries it and processes it and places it in resin. He’s been using this material to make lights and larger items, but there was something about it that I thought was rather romantic, so we asked him to create some jewelry. He used industrial brass plumbing pipes and molded the resin around them and then chopped them like salami!” 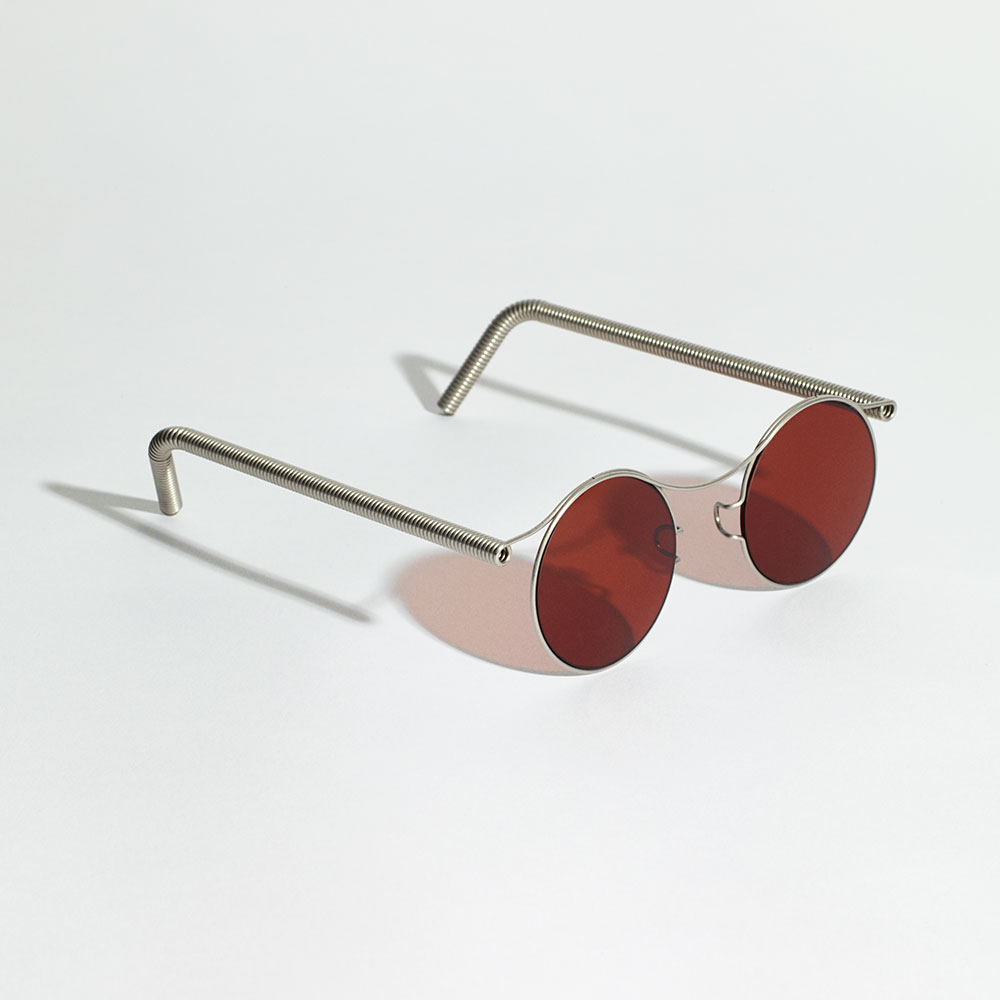 The second object was a pair of sunglasses made by Royal College of Art graduate Parsha Gerayesh as part of his graduate project – the only product not designed specifically for the Ace Hotel. “I saw them at his graduate show, and I just knew they would be perfect,” said Houseley. The designer, who wears glasses himself was frustrated with existing designs which often break at the point at which two components meet, so created this design from one continuous spring. He works with British manufacturers to make the frames and lenses. 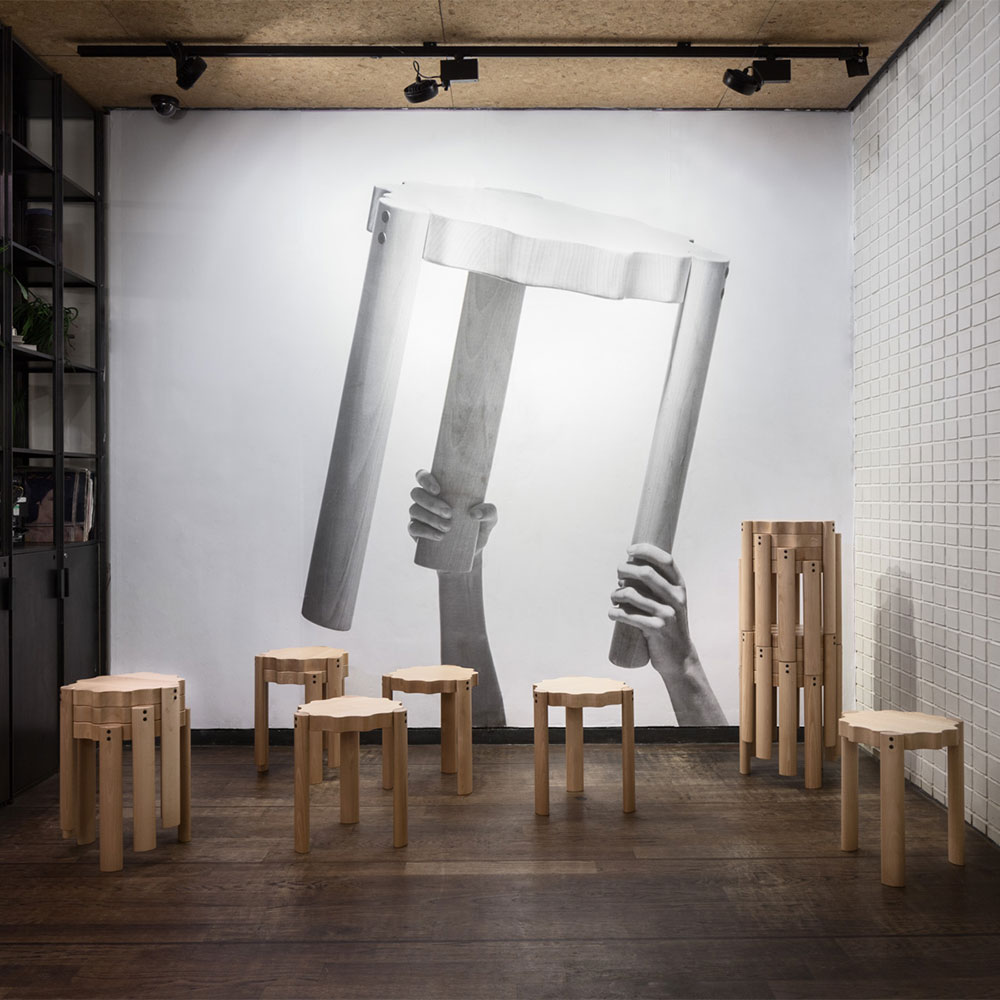 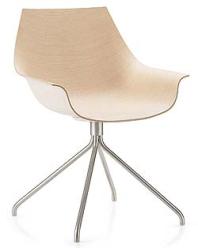 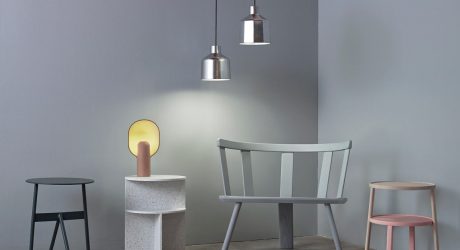 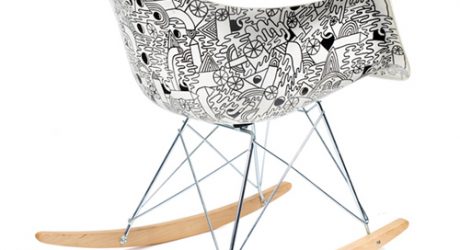 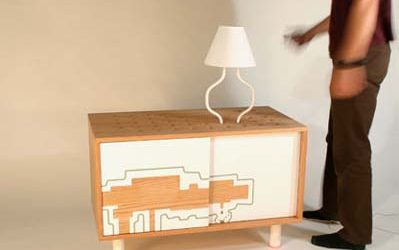 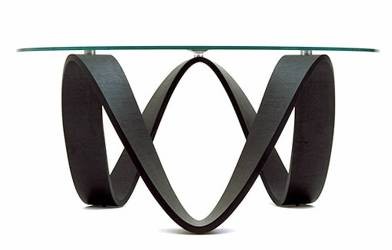 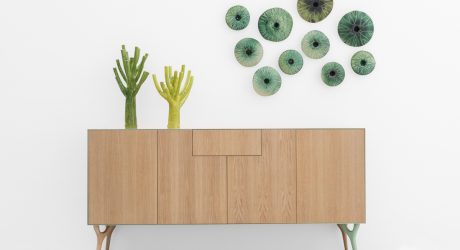 The Vegetable Collection by Vito Nesta for Cadriano

END_OF_DOCUMENT_TOKEN_TO_BE_REPLACED