For Lennart Van Uffelen, There’s No Fun in Functionality 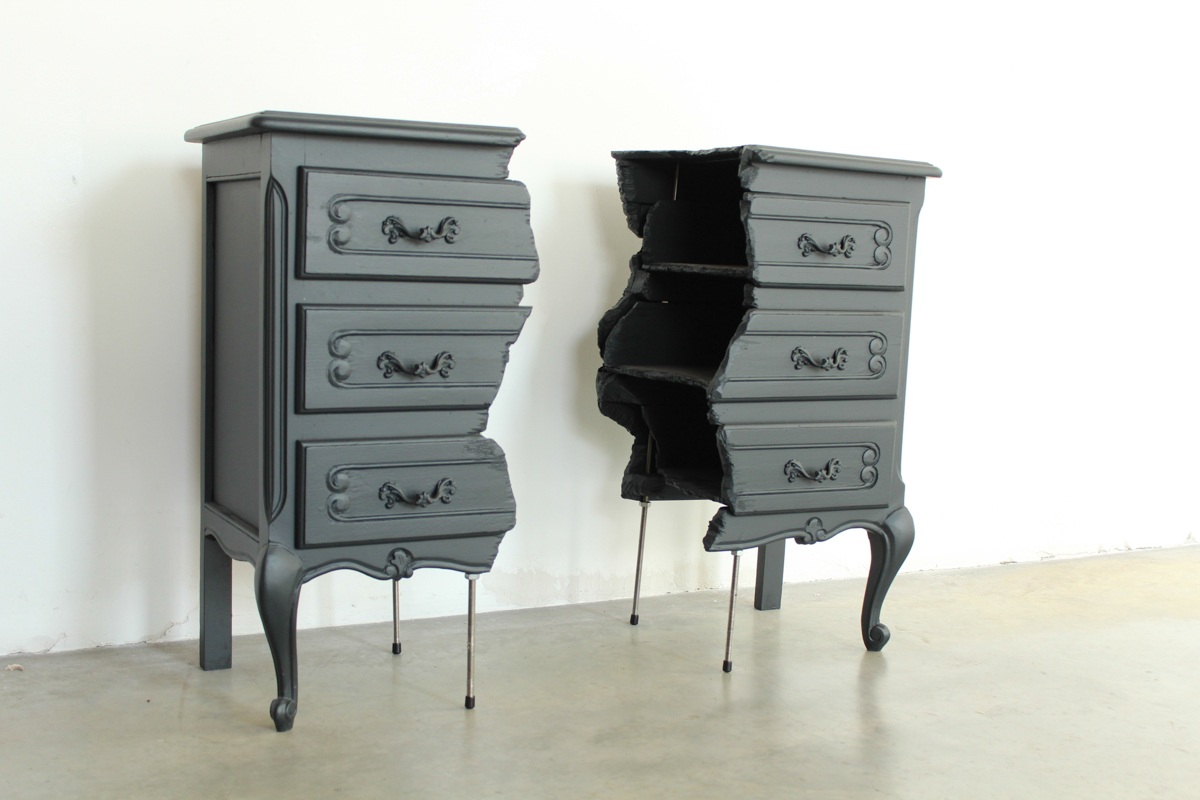 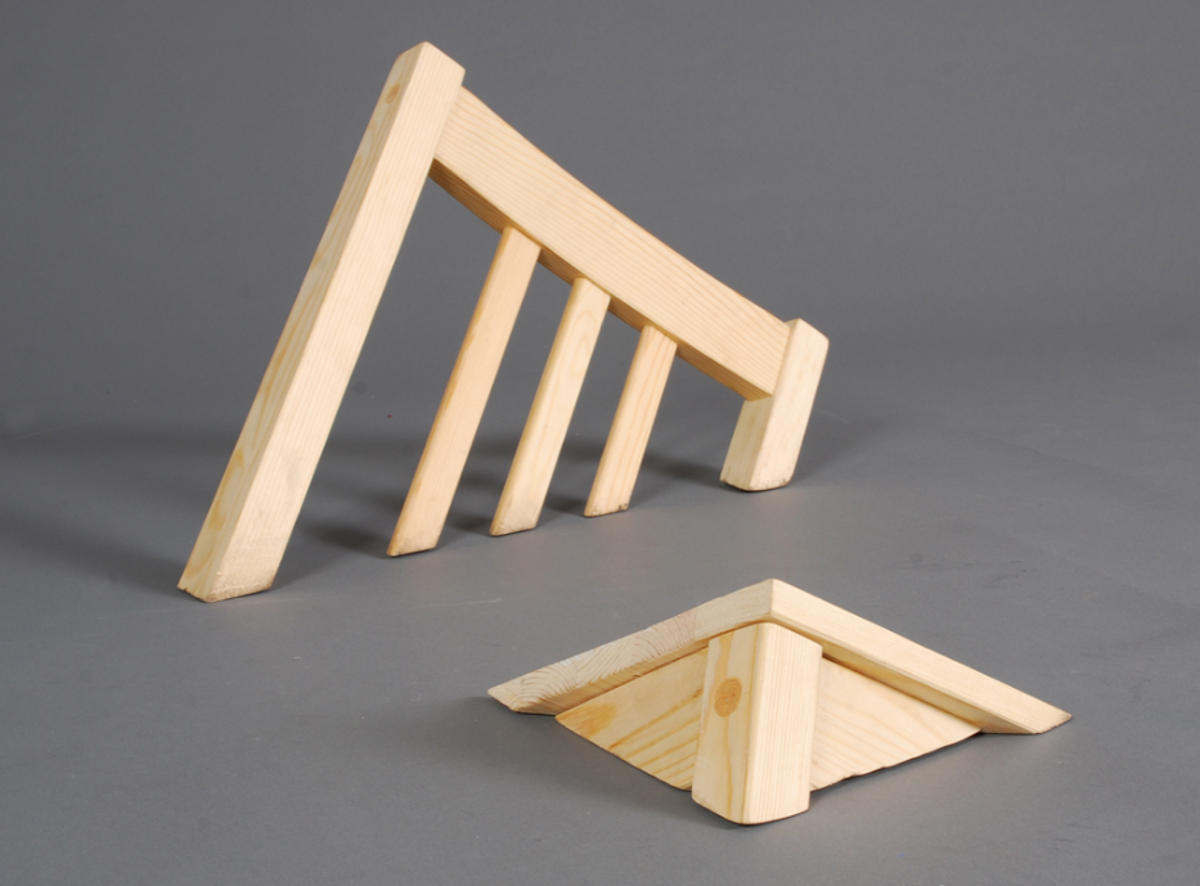 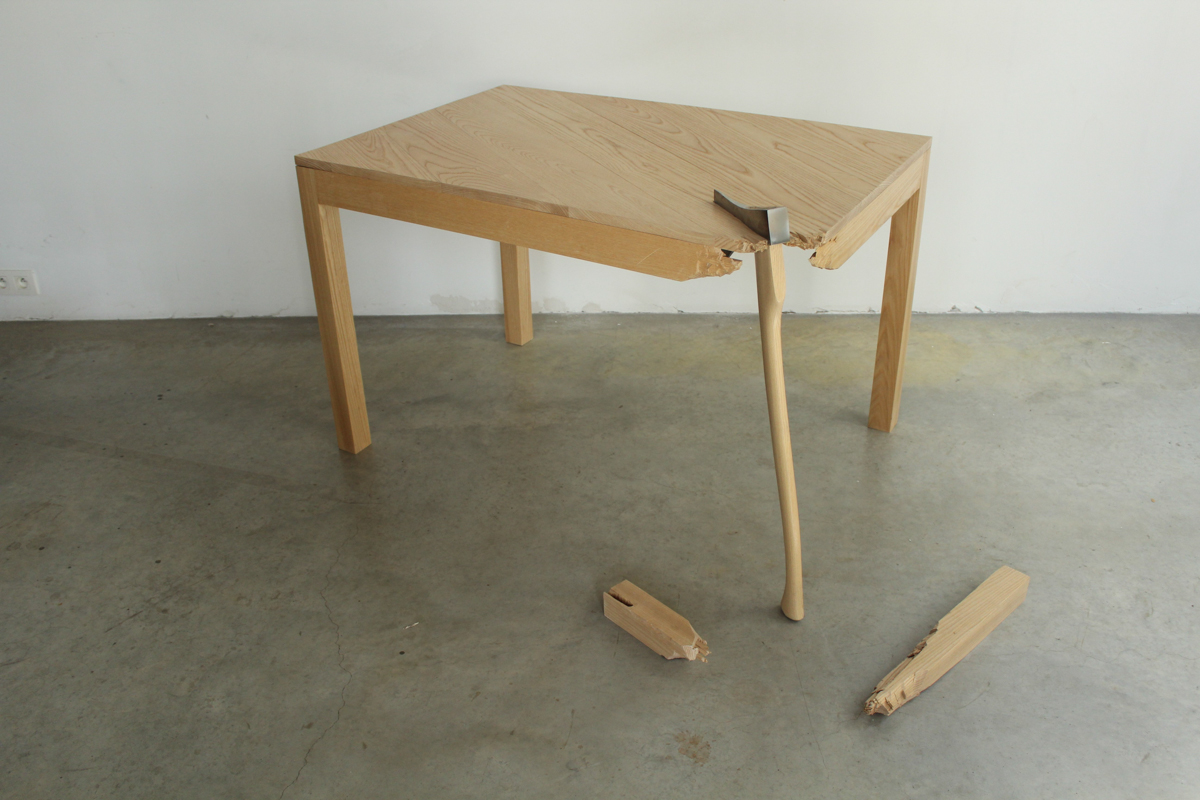 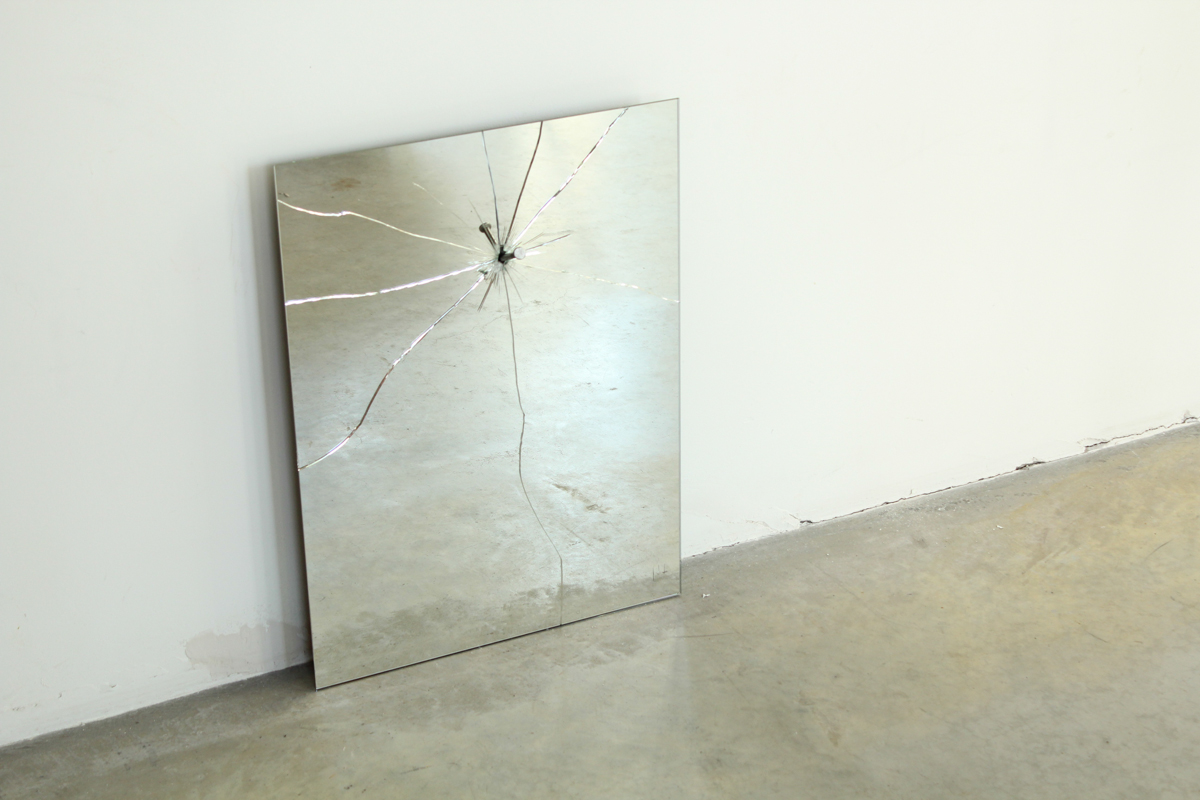 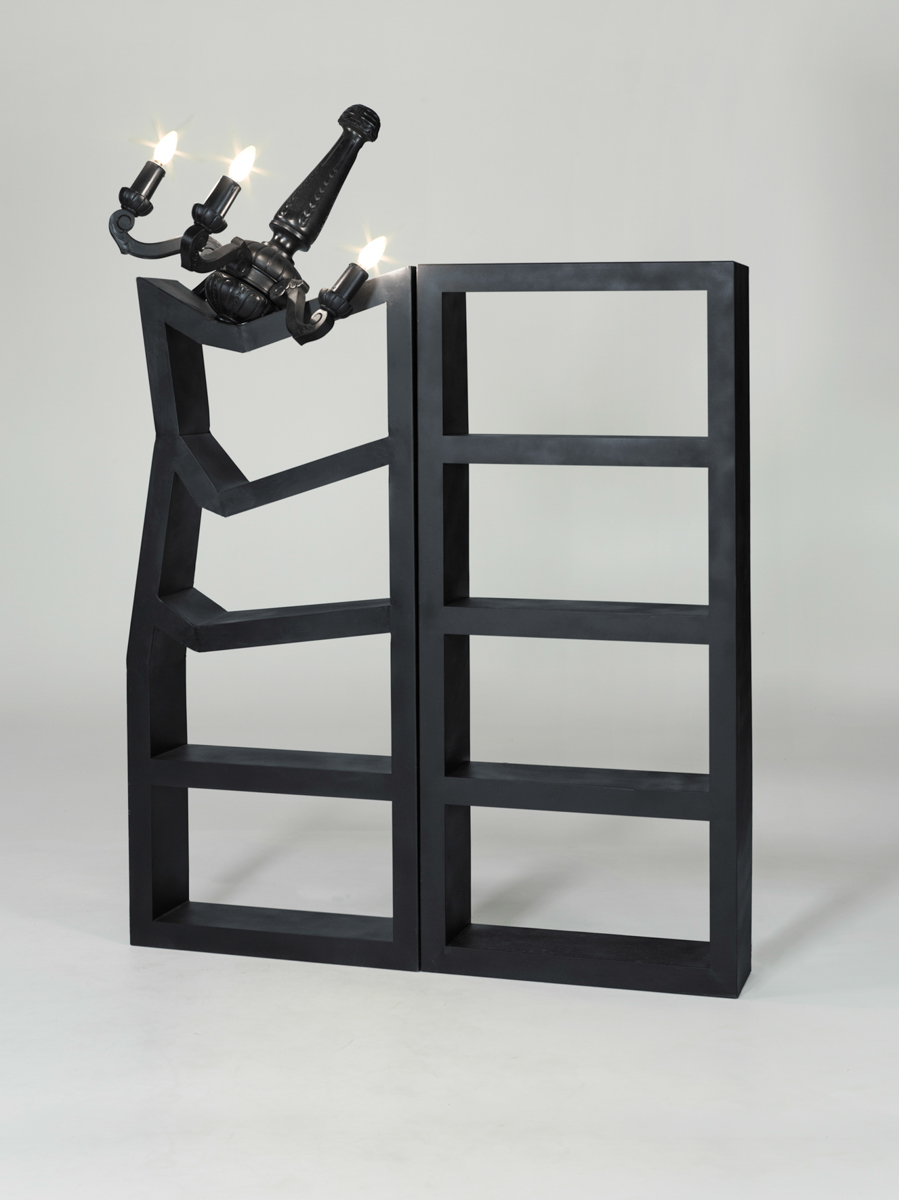 For Lennart Van Uffelen, There’s No Fun in Functionality
1/5 Photos

Its title says it all. “Functionality Kills the Fun” is a new line of furniture by Lennart Van Uffelen, inspired by his philosophy, “Functionality is overrated!” Armed with the idea that products become more interesting when they aren’t perfect, or can’t quite perform their task, Van Uffelen created this set of “broken” furniture.

Playing with the limits of functionality leads to questioning yourself as a designer and as an owner. It’s important to create a strong relation between consumer and object where humor and image are equally as important as the function. Much more important than, say, holding your books upright. 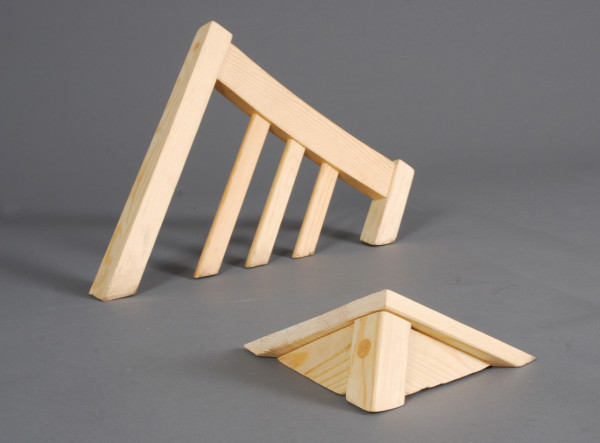 Stoel.01 2007
This chair’s function was carefully stripped by Van Uffelen. Instead, it creates an exciting illusion where it seems to sink into the surface behind, or rise from it. The chair is made of redwood and can hang from your wall or ceiling, or connect separate rooms. 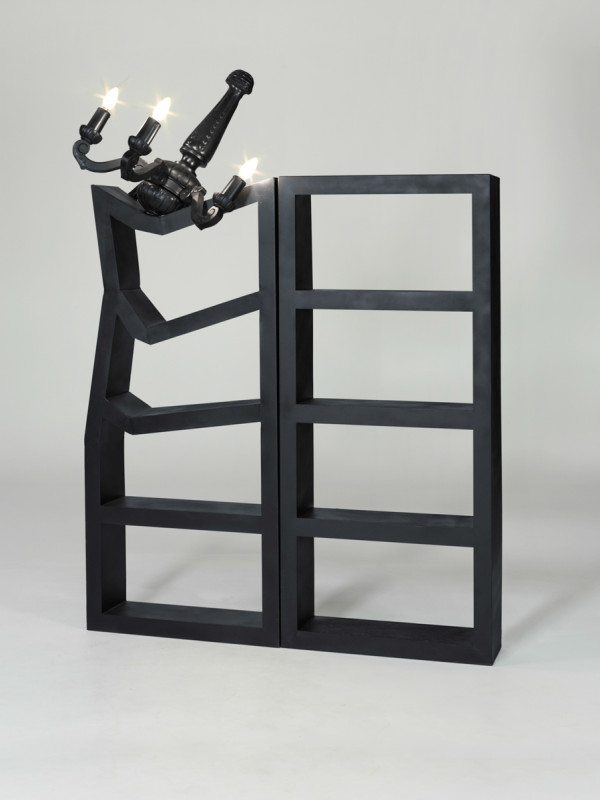 Kast.01 2008
The Kast is where it all began. The englightened bookcase was put together by brute force. It was originally developed for Les Petits Riens, an organization that fights against poverty and exclusion in Belgium by selling second hand clothing and objects. Made from solid wooden oak, the bookcase has an added value in that it’s notable and humorous at the same time. 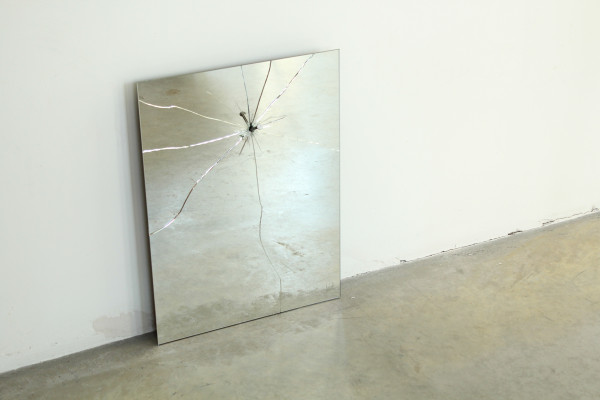 Spiegel.01 2010
This is perhaps the most functional pieces of the collection. It still gives a reflection, despite the cracks from being mounted by a nail onto the wall. 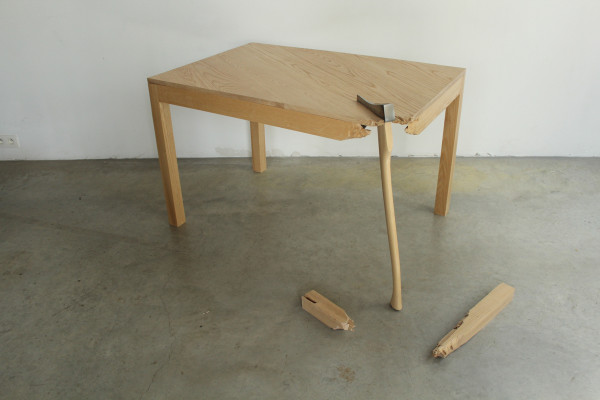 Tafel.01 2011
The Tafel.01 2011 table is frank in its humor – wood and an axe. The table is made of the same wood that’s often used for an axe, and the blade of the axe is made of stainless steel. The table was made, then smashed with an axe to replace the leg. Perfectly useful, just mind the sharp corner!

Kast.02 2013
Starting off with an old chest of drawers, it was split into two functional chests. Of course, the drawers don’t work because that would defeat the purpose of the line.