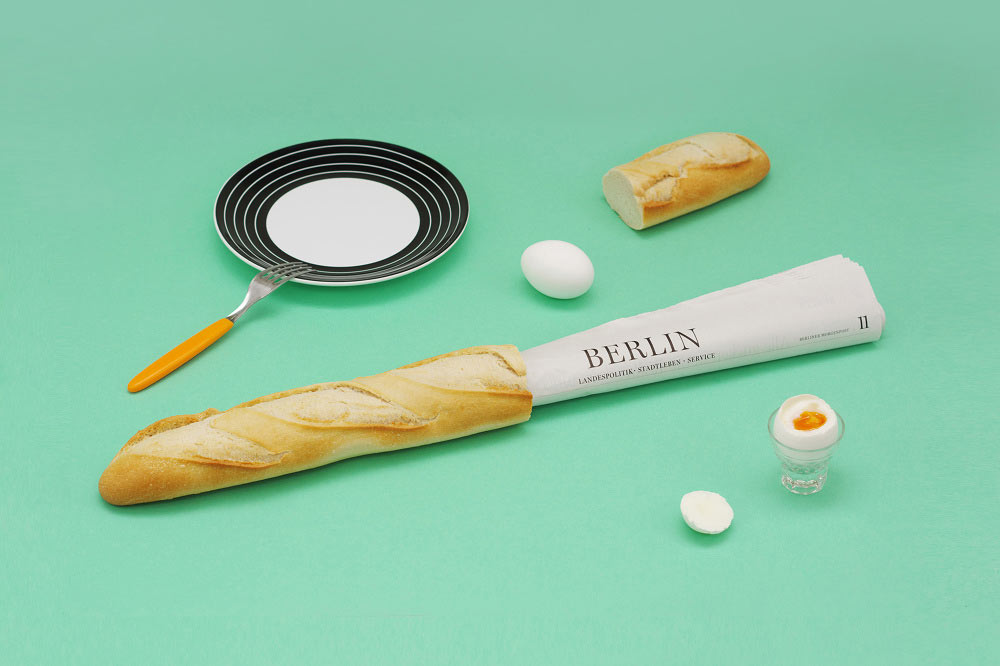 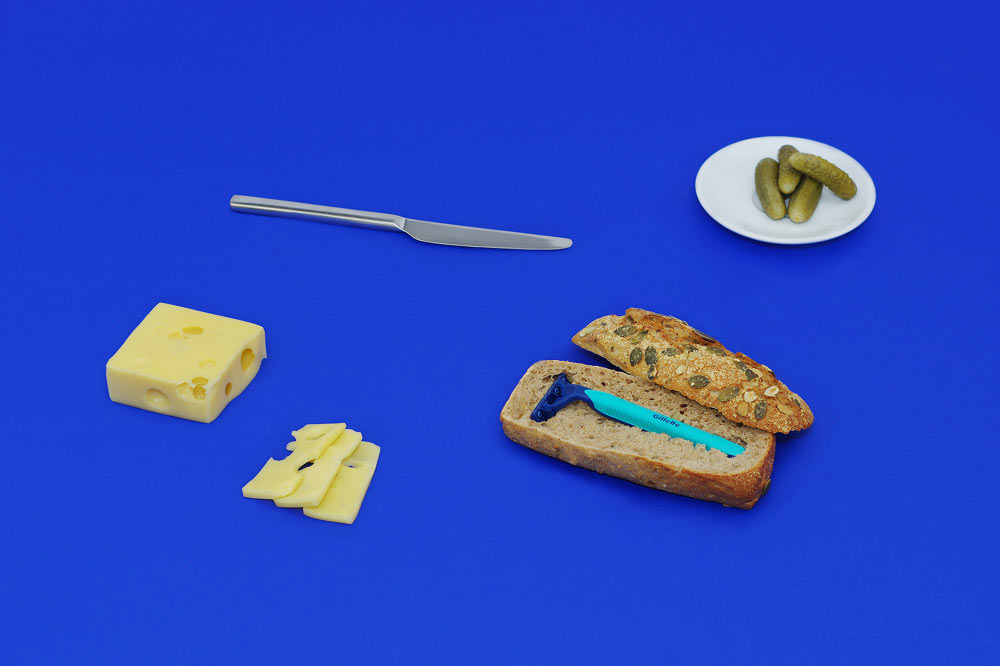 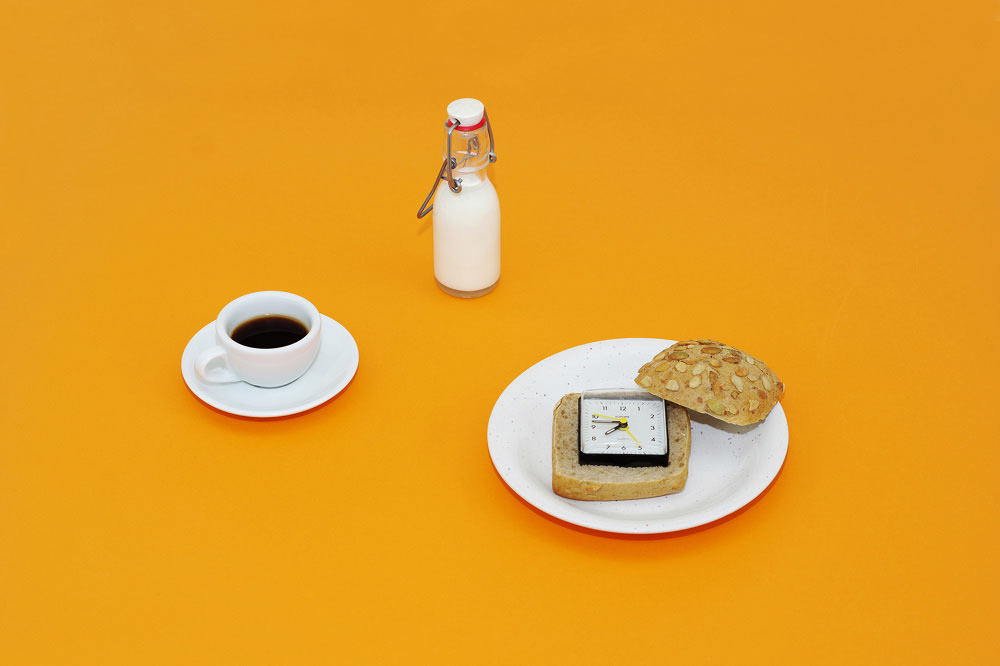 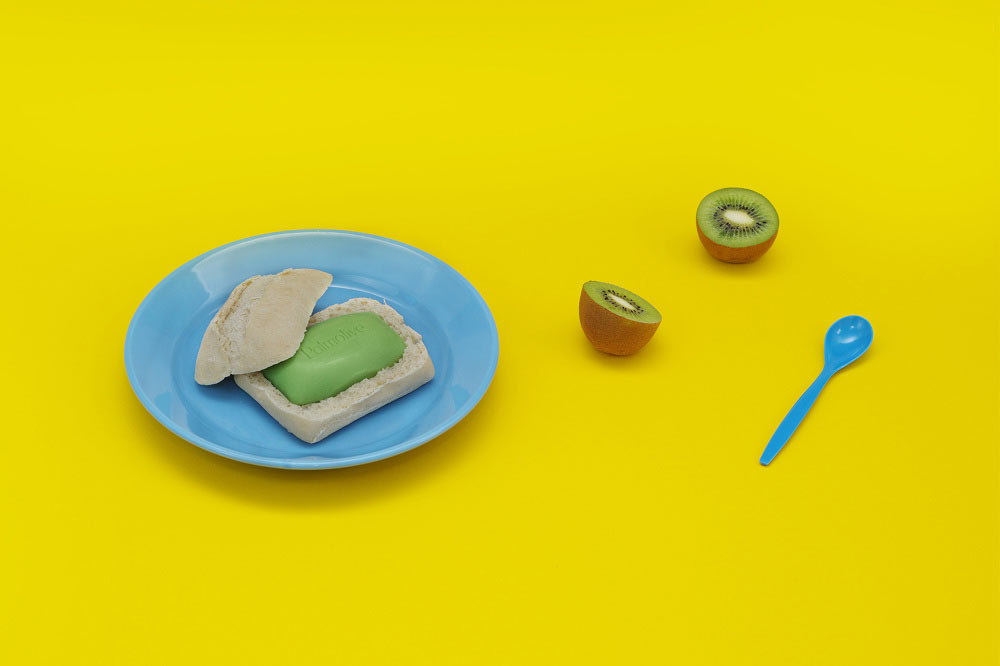 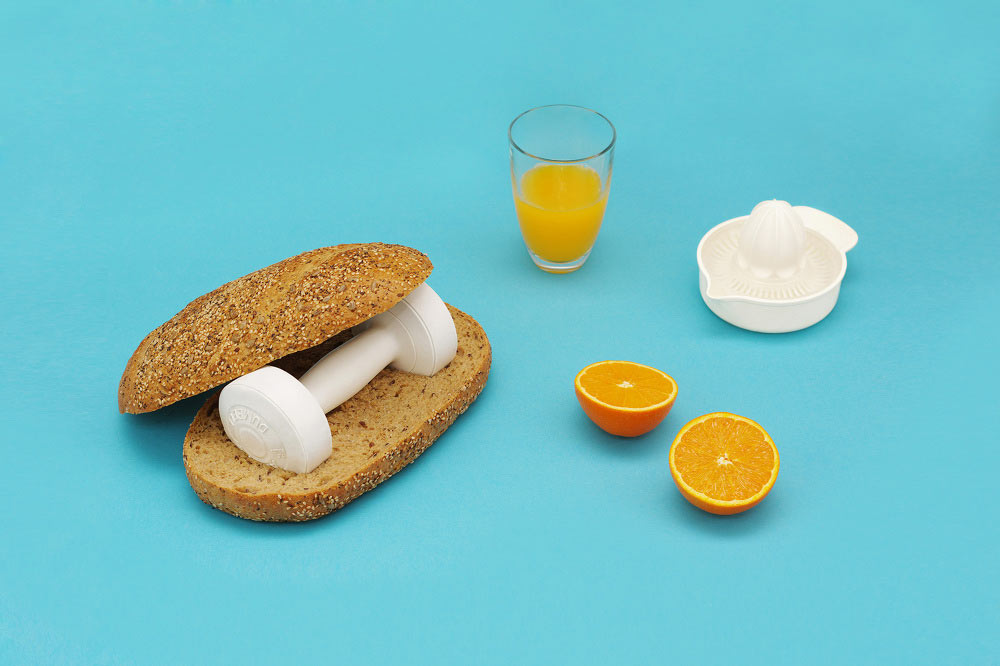 Spring is a busy time for us at Pinch. Our whole team has been working their tails off. This week was particularly challenging due to all the breakfast events on top of our usual late night partying. So with all our early mornings on the brain, we thought the latest collaboration between Berlin-based set designer and stylist Rebecca Martin and photographer Rita Braz to be very apropos for this month’s contribution.

Most people don’t think twice about their morning routines, while others have it down to a science. Take Bob for instance. As a chef, he prides himself on being a master of efficiency and tastiness. He flosses and brushes his teeth in the shower and keeps his mouthwash in the fridge. He claims it’s like a morning mojito.

‘Morning Rituals’ is a series of tongue-in-cheek photos capturing the humor of our daily routines such as showering, drinking coffee, eating breakfast… but artfully placed on color-blocked and bright backdrops. The brilliance of juxtaposing breakfast foods with mundane daily objects such as soap, newspapers, and shaving razors is that it pushes us to look within – could we all stand to start our days with a touch of the unexpected? 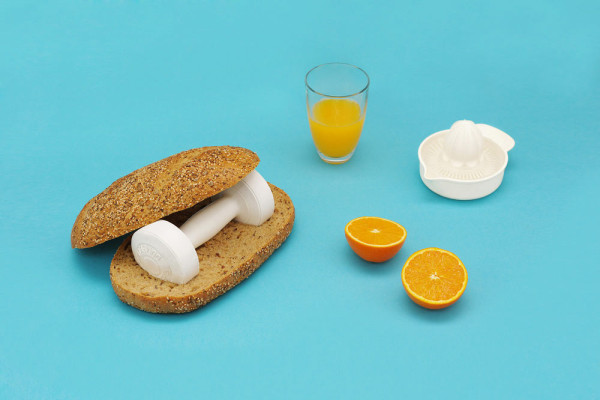 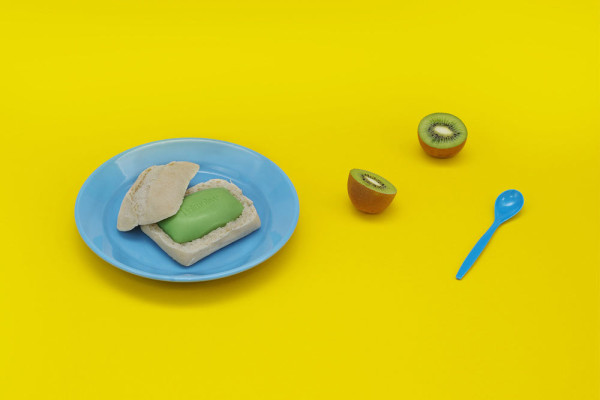 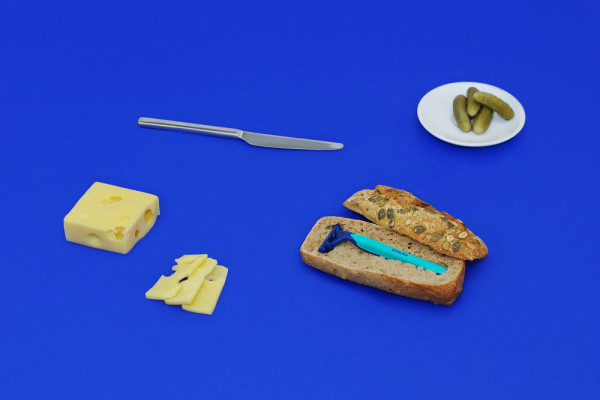 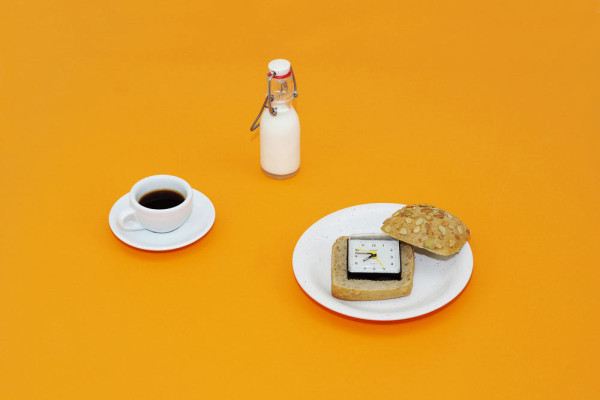