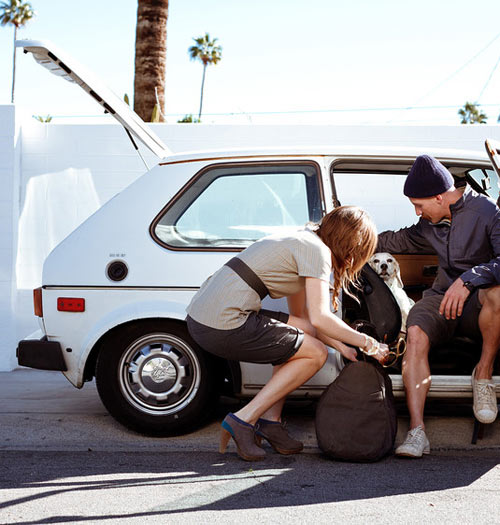 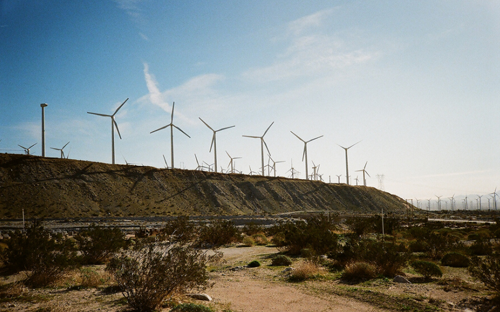 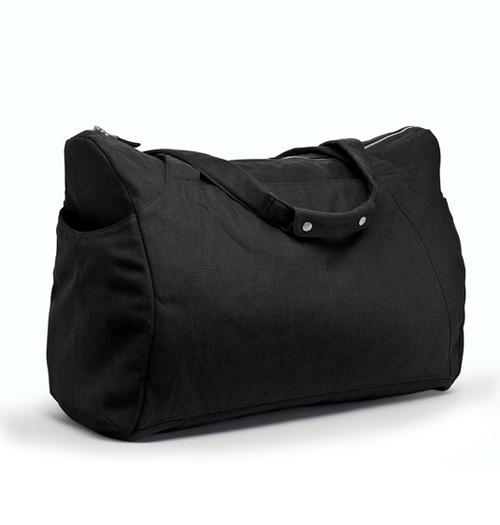 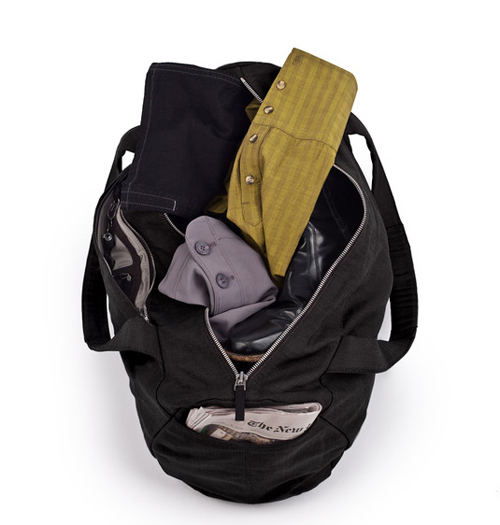 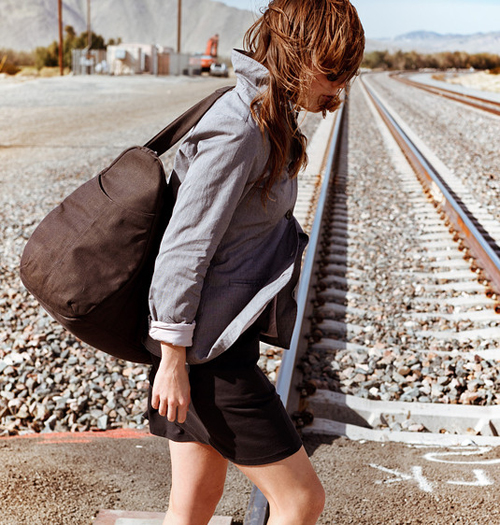 About a year ago I made a commitment to unclutter my wardrobe. It was a decision with many incentives, for which cemented at the center was the simplest desire to cultivate a craving for less. Not the idealistic notion to have less stuff, and not even of the fact that I was in the heat of my graduate work and a life of subsisting off student loans. Sure these factors were audible, often screaming for attention while I shoveled down the fifth Cup-O-Noodle that week. But it came down to me, wanting to look at what was included in my life in a new way. I wanted to look around and see permanence.

It was about this time that I stumbled upon an apparel company out of Portland, Oregon. Nau, pronounced “now,” made it into my bookmarked list of retailers from which I was courting new additions. New additions that I hoped would complete a trunk of effects that in five, quite possibly ten years (!?) would still be esteemed. When I asked Peter Kallen, Design Director at Nau and day-one employee, his perspective, he said that the first step would be to take a look at the construction of my closet itself.

“When you are an architect, you’re building something that has a lot of permanence. You’re forced to consider its permanence,” he said. “In the past, someone may be crafting a jacket to [serve] one season. Well, we have to build ours as if it’ll last a lifetime.”

That mentality, that every creation has a legacy, has not only transferred to Nau’s product line but to the whole of the business itself. The apparel company, which was founded by Eric Reynolds of Marmot Mountain Works, was designed to do “business unusual.”

“We called ourselves the un-f*ckers,” said Kallen. “The company started as a conversation on a blog. What we did was engage with that community via words and thoughts and other things that we felt were provocative, and it fed into the [business] path that we were creating at the same time.”

The goal was to establish a model built on the tenets of sustainability. That meant sustainable sourcing, sustainable staffing, and sustainable selling. Sourcing fabrics from around the globe, Nau takes its relationship with manufacturers seriously. This means building partnerships with producers who sign off on a Nau Code of Conduct and are sensitive to human rights, environmental implications, and the documentation and review of their production.

What it really comes down to is that Nau believes people are paramount. And why not? When you employ them, sell to them – are one – it makes a lot of sense. The company concerns itself not only with the profit it makes off of production labor, but of those who work at its home office and patron its products. There are statutes that dictate salary caps for the highest and lowest ranking employees, and programs that put a considerable amount of profit back into the world through environmental and social initiatives.

“Sustainability is the never-ending holy grail of sorts and that’s what we always strive to do,” says Kallen. “Or, to redefine what sustainability is. There is the literally sense of using [sustainable] materials, but the educational process is something that we are also striving to express to the consumer.”

The belief is that an educated buyer not only makes better decisions for themselves, but for us all. Nau has moved most of its retail space online or at select stores where the emphasis is on keeping a small stock and promoting efficient shipping practices. It has further translated into showing customers how to keep and treat their garments better, and in designing them in such a way that no Nau product is purchased with the hope it will stand the test of time, but with the knowledge that it will.

Oh, so where do I fit into this story? Well, every holiday season here at Design Milk our editor Jaime asks us for a short wishlist. It’s fun, and even more so when the smarties at Nau take note. The Fluent Traveler had been in my shopping cart ever since my online pilgrimage into a more condensed closet brought the company up as a search result.

Their duffel looked like the perfect way to streamline my travel, most of which is exclusively made with a carry-on. This pricked their ears and Nau mailed one over as a gift, a caviar colored exchange for having been profiled. Since its arrival, its accompanied me on a few journeys, begging the question: How’s it worked out?

The be completely honest, it wasn’t love at first sight. The carry-all is made of a heavy, and what I have since found to be durable canvas, but it was sized bigger than expected. Being a reasonably tiny person, I worried that it would weigh me down and potentially pose a problem for overhead compartments. What’s more, I don’t like to bring a ton of stuff with me while traveling and I didn’t want empty folds of fabric as my companion.

Since our initial encounter though, let’s just say I’ve warmed up to my new friend. Not only has its size afforded me more room for practical stuff, it eases right in and out of an overhead, much more smoothly than the rolling counterparts of Mr. Aisle to my left, and Ms. Window Seat to my right (I always seem stuck in the middle). Its wide, snap-together strap is akin to the Nike duffles of the ’90s, except way more attractive. No more divots to your shoulders after changing terminals.

It has just enough pockets, one on each short side, and one in the front to accommodate the organized, but not too many that you notice. The front pocket has the standard pen/cellphone/key solution, which I feel is a little antiquated, although I’m sure there are those of you out there who find use for it. The zipper, although slightly over-sized for my taste, is definitely built to stand the test of time.

While the bag may not have revolutionized my life, its simple, lasting look and the knowledge that it didn’t take the sacrifice of a local lake or forest to make it, moves me toward a more healthy engagement with not only what I have, but also what I want. As Kallen puts it, “Apparel is a vehicle to a bigger picture and that is something that we all truly believe here at Nau. We’re using it as an opportunity to engage with people in a way that will transform a lot of other things in their lives.” I, along with the company’s parents, hope that for many more that transformation starts today.

Visit them online at Nau.com.

You can follow Eleanor on . Read all of Eleanor's posts.