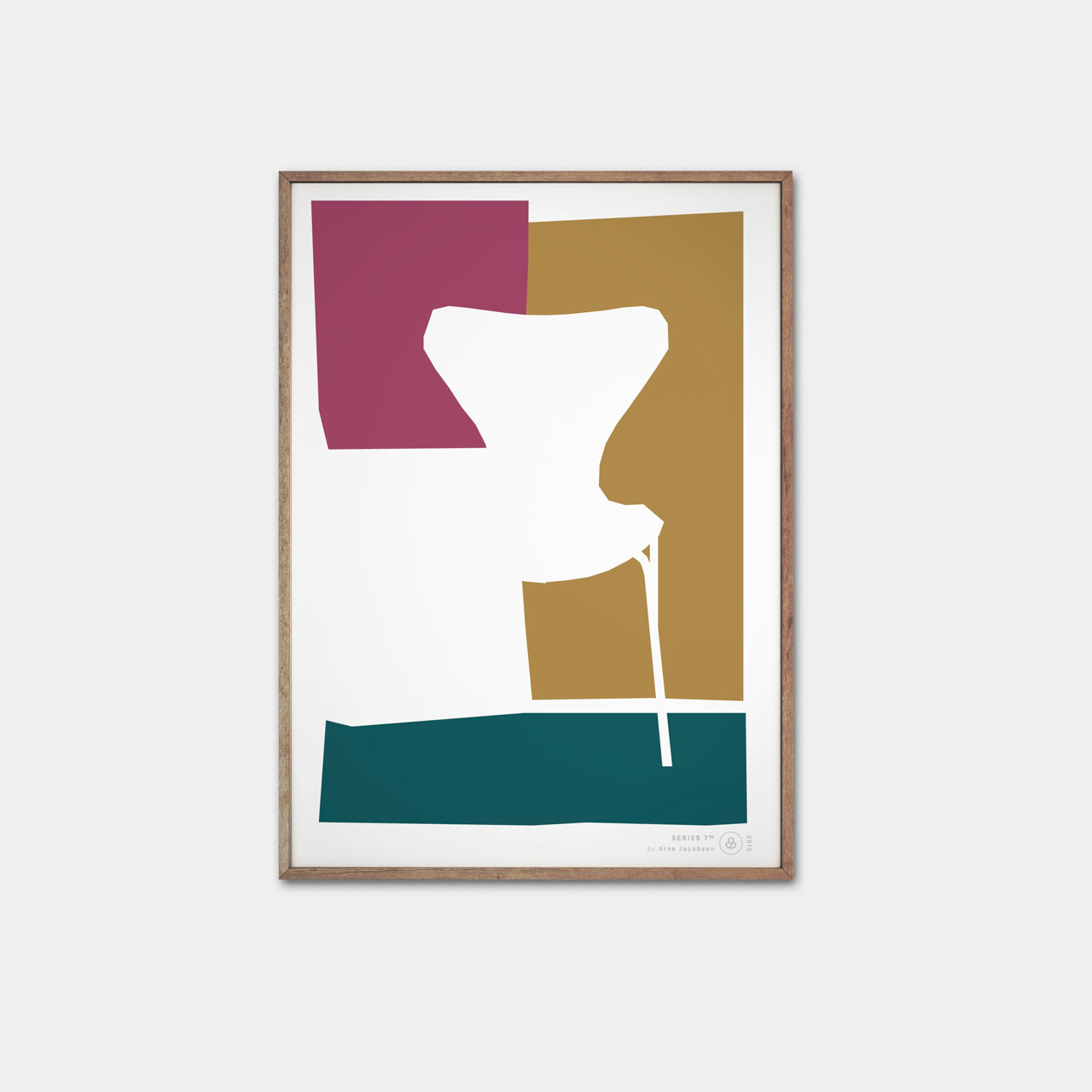 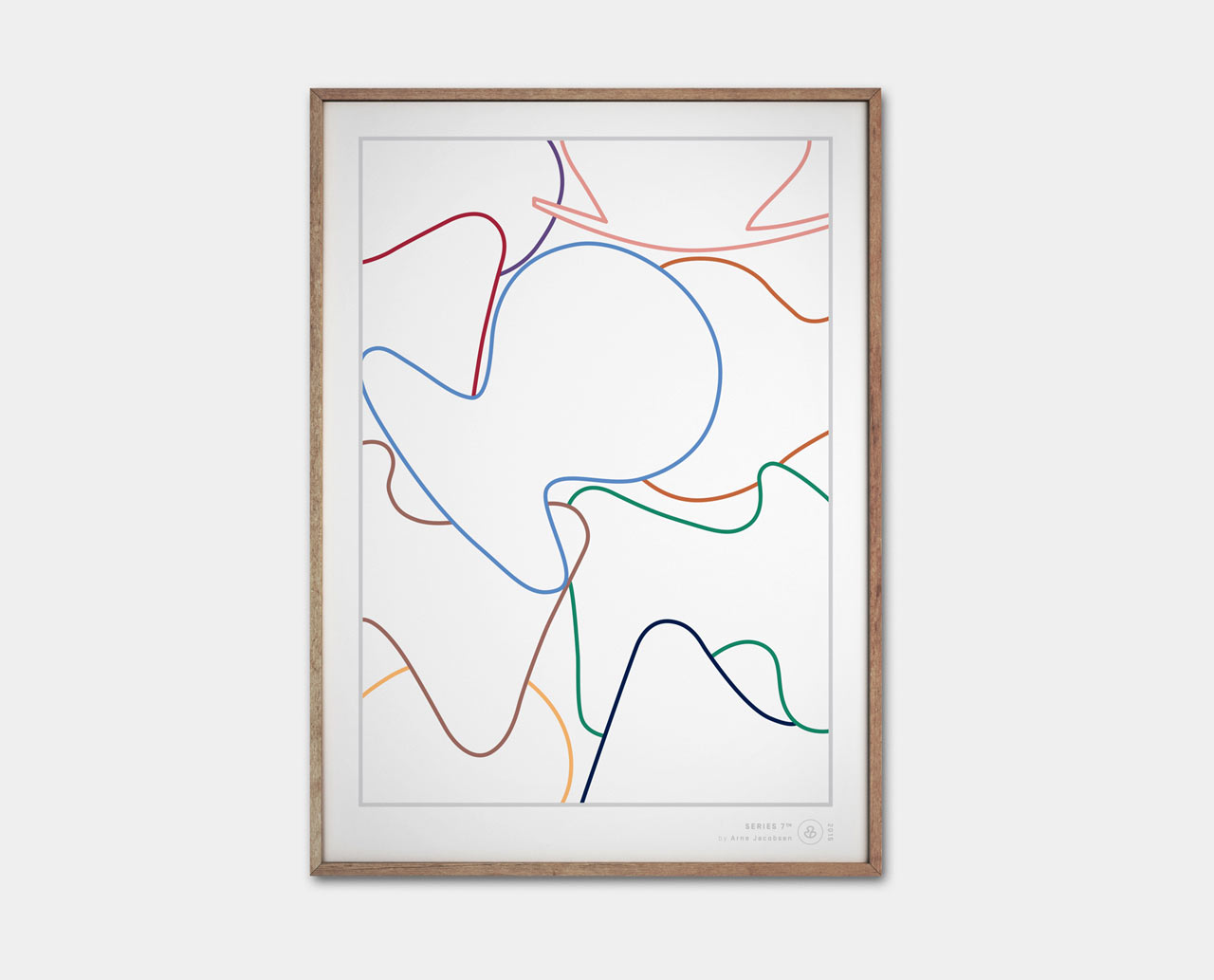 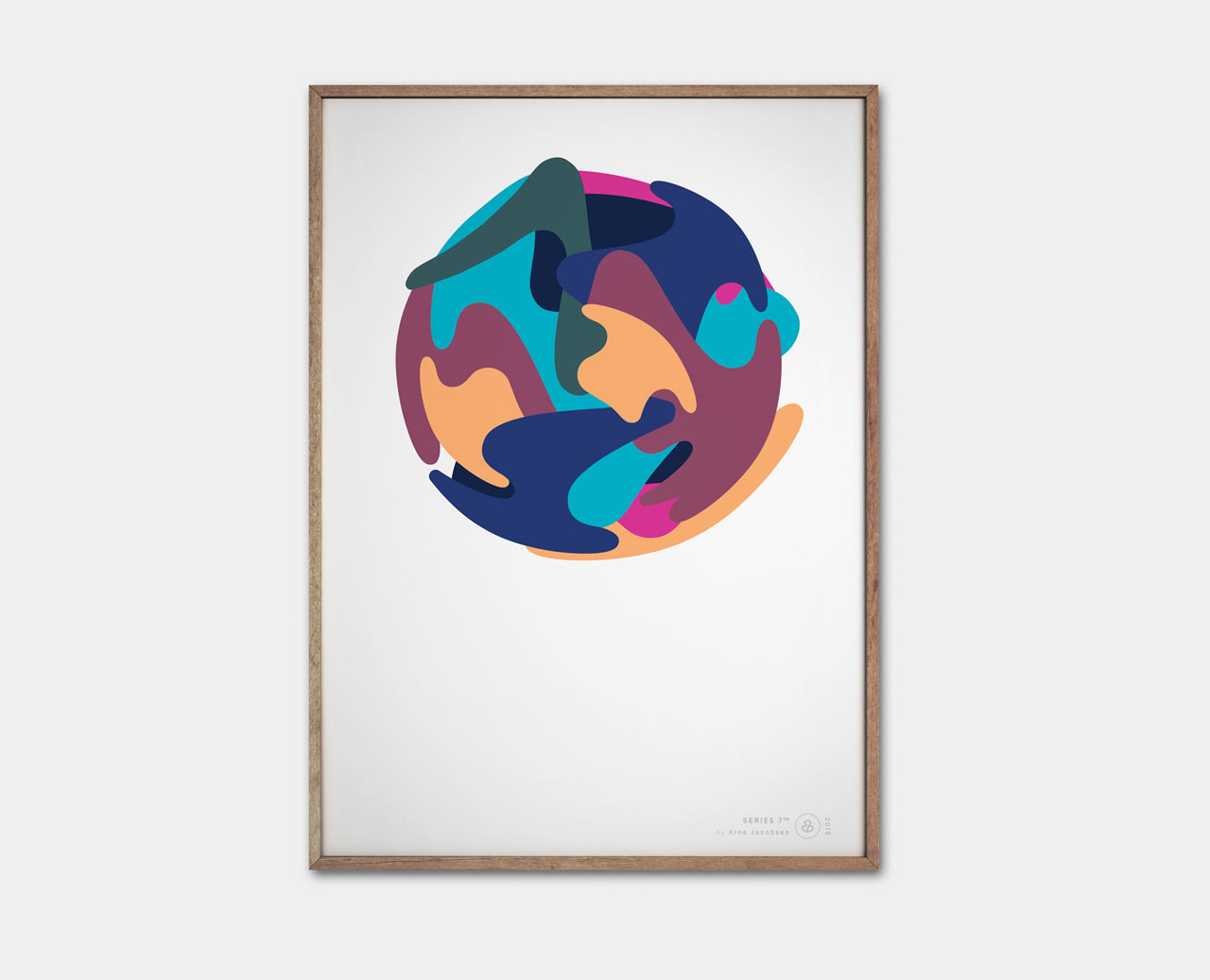 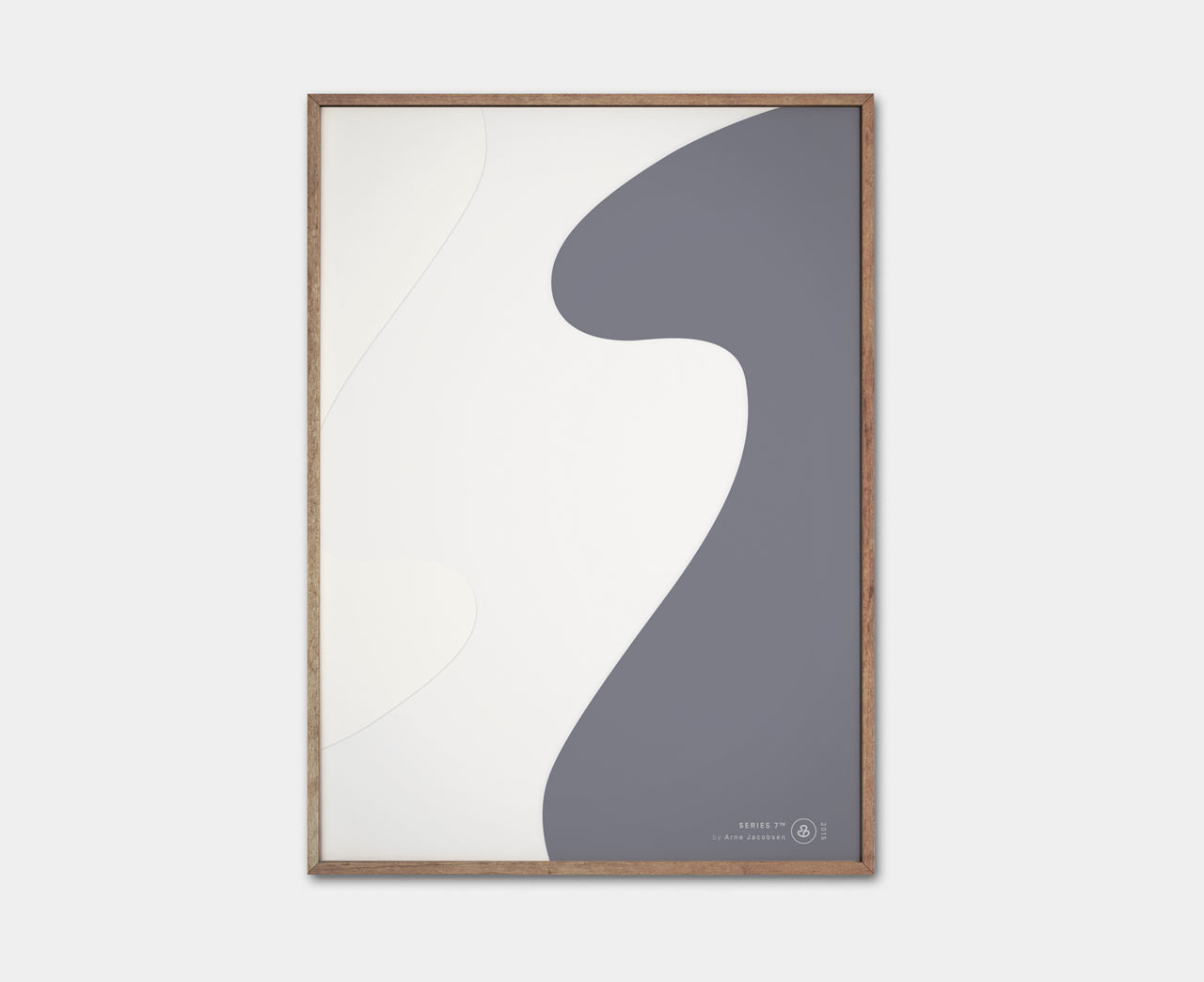 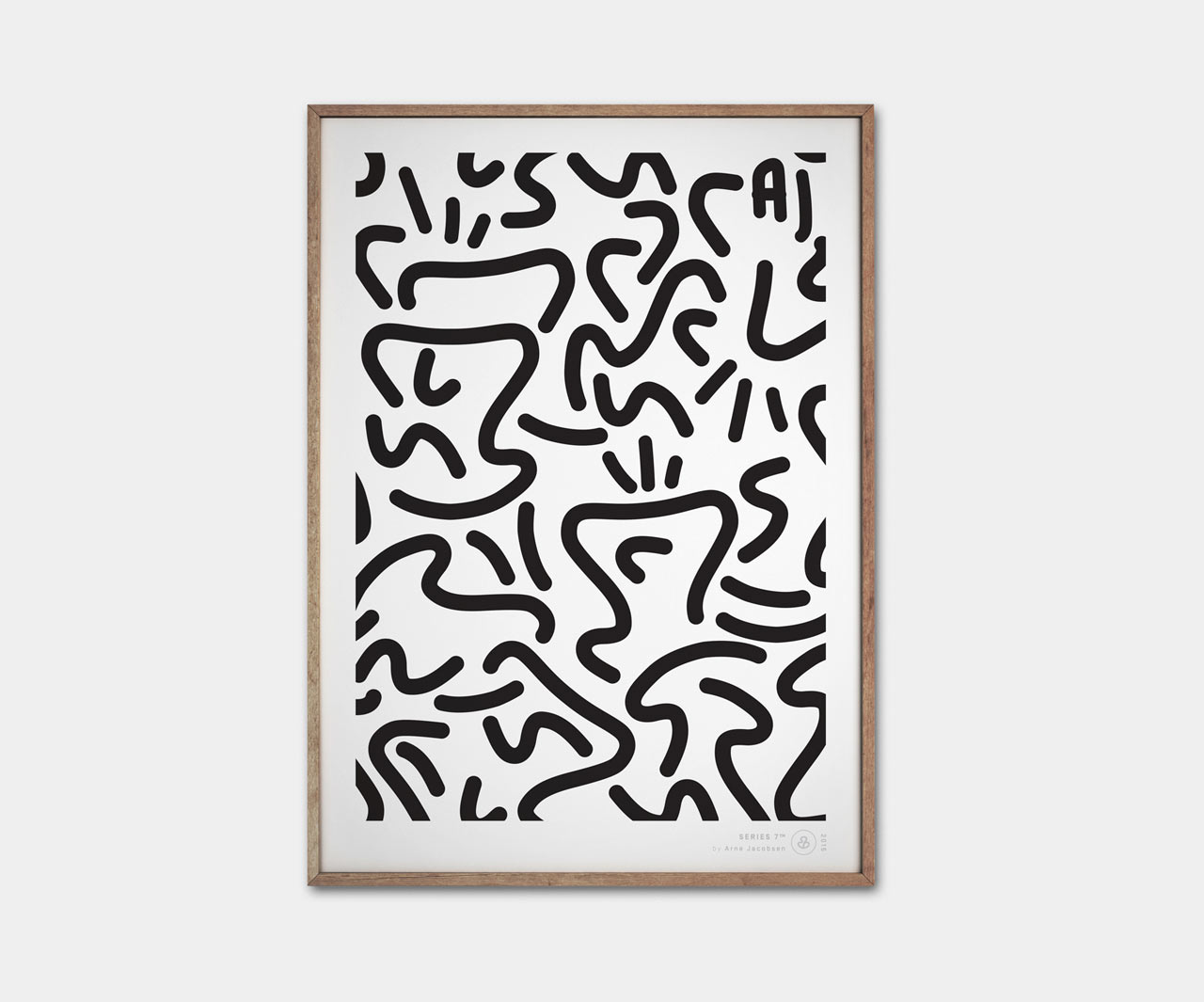 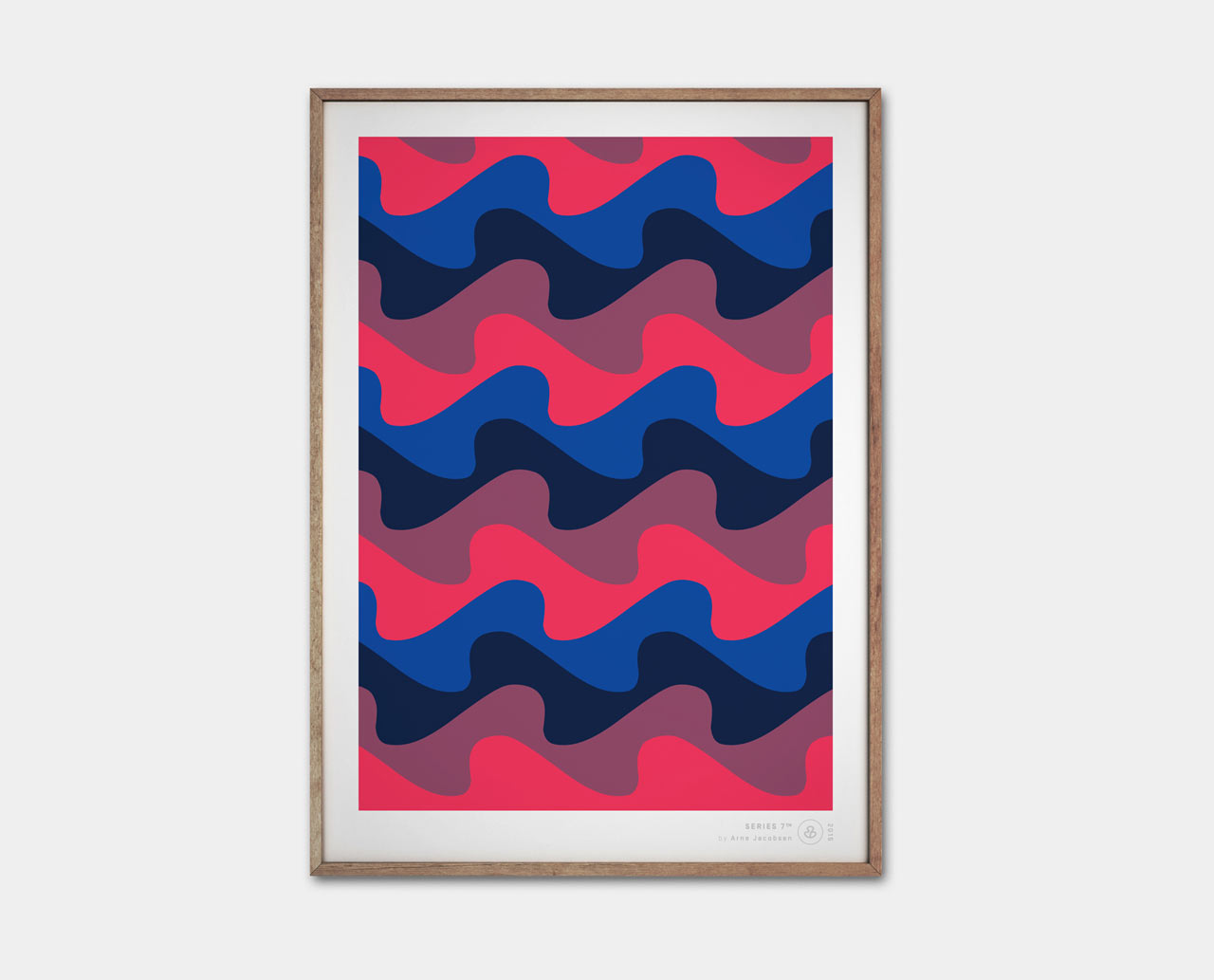 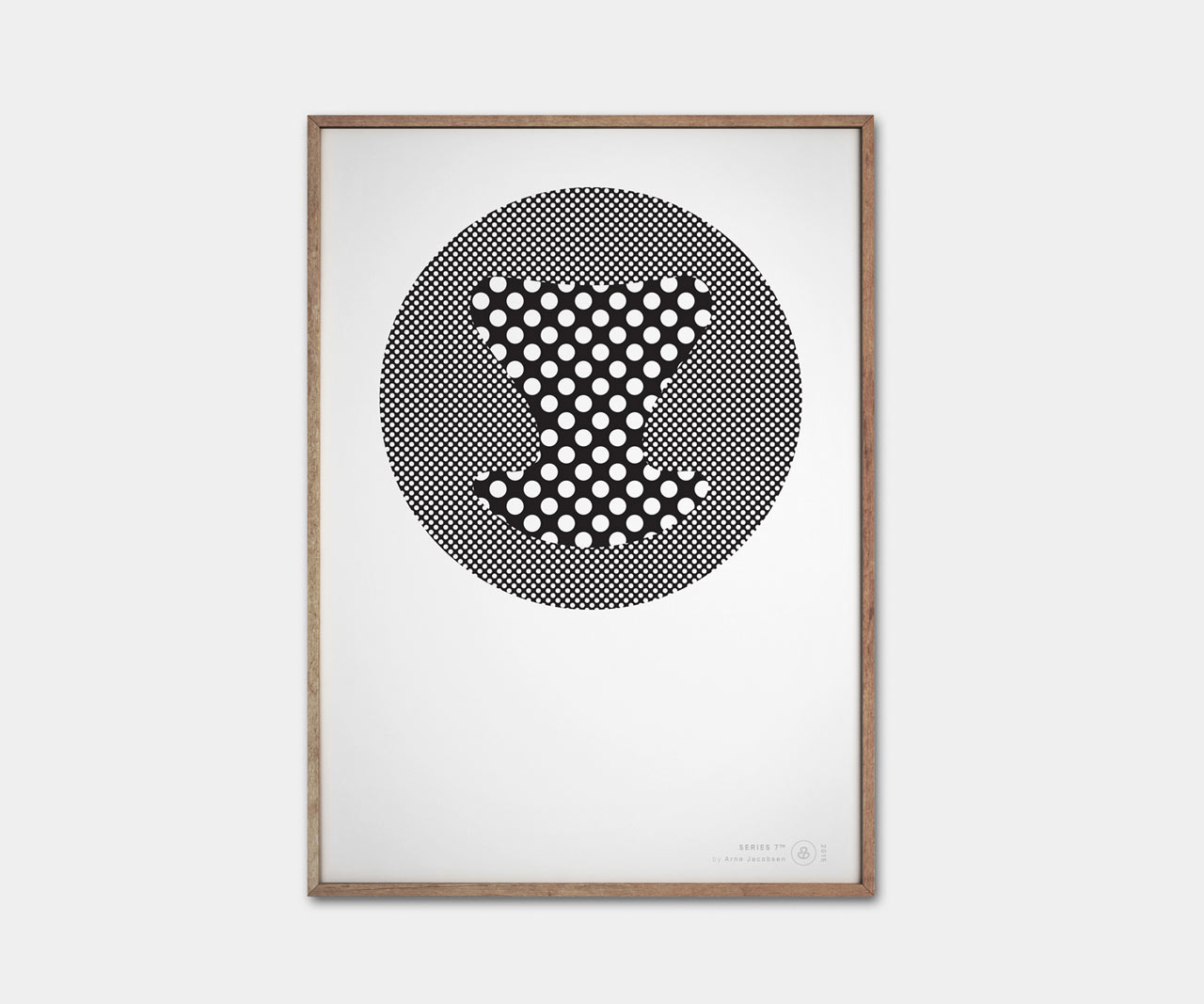 Arne Jacobsen’s infamous Series 7 Chair celebrates being around for 7 decades this year. To mark the occasion, Republic of Fritz Hansen enlisted designer Ruth Vissing to design a collection of posters, one to represent each decade that the chair has been around. The result is a series that illustrates the iconic chair while taking inspiration from the remarkable cultural and social currents happening in each decade. References include: Saul Bass’ movie posters, Bridget Riley’s op-art, space age, Verner Panton, psychedelics, sexuality, Keith Haring, minimalism, consumerism, cartoons, Takashi Murakami, and the new Series 7 Tal R colors released this year for the anniversary. 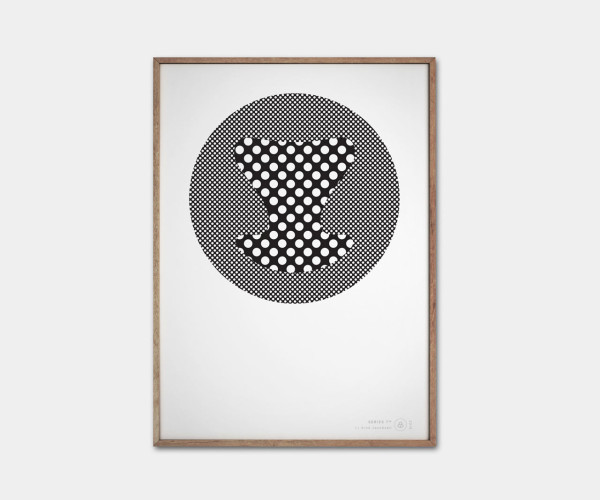 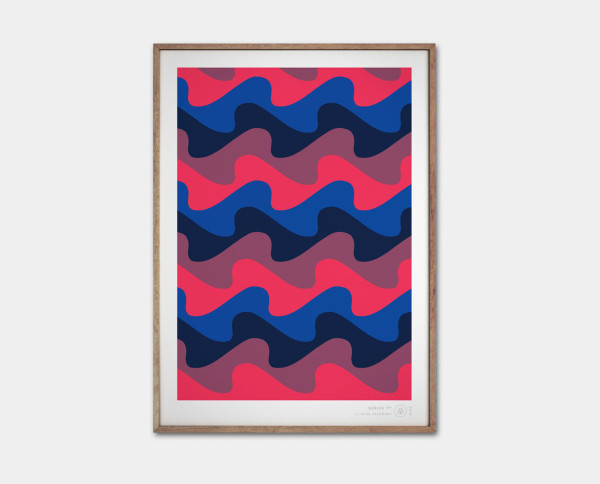 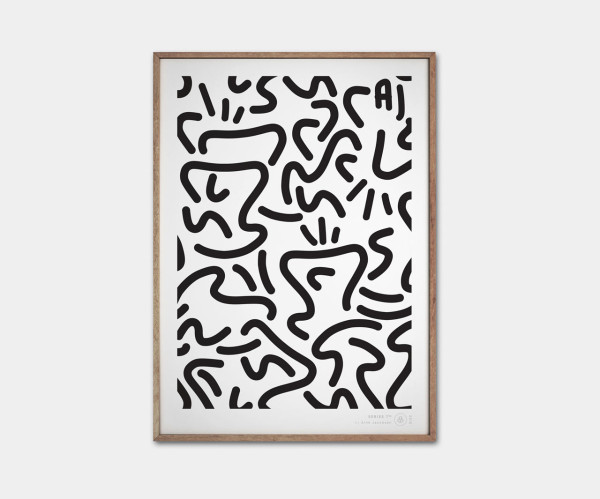 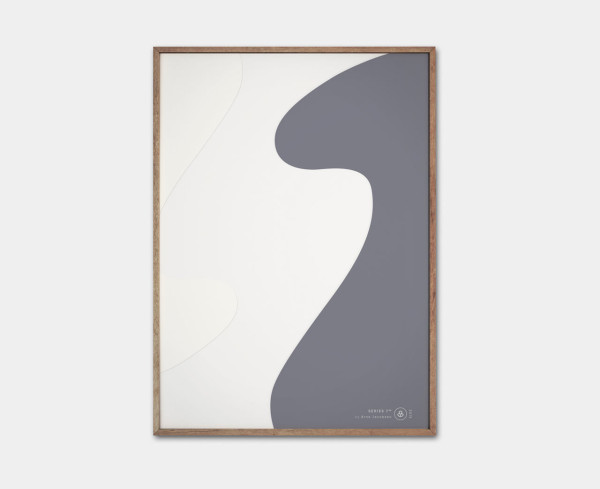 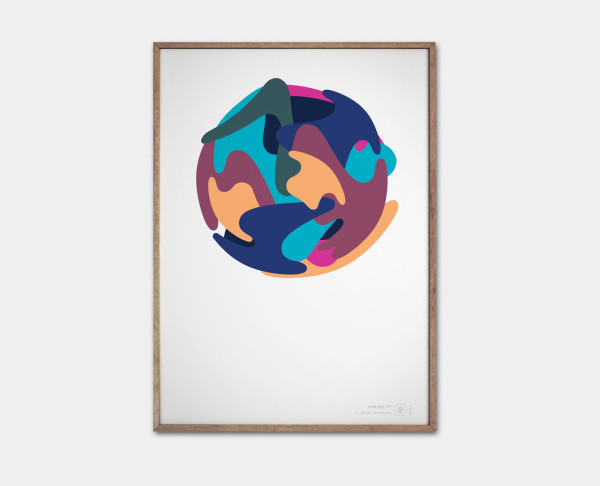 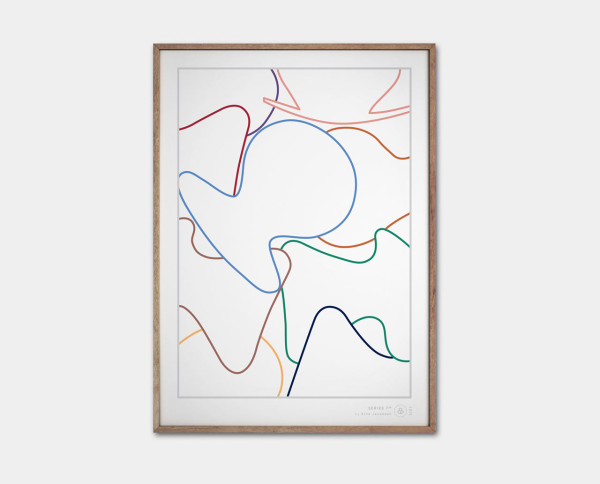