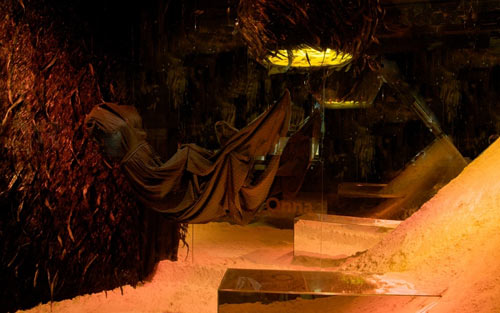 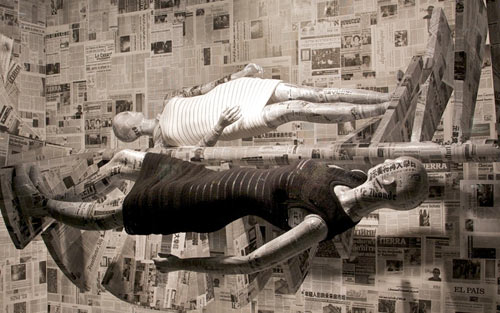 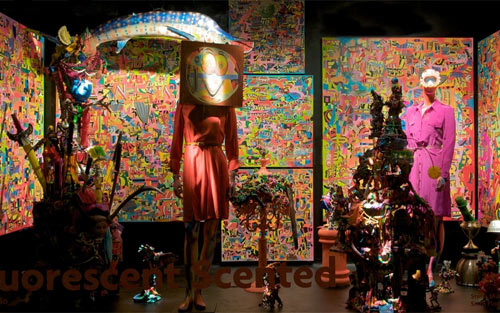 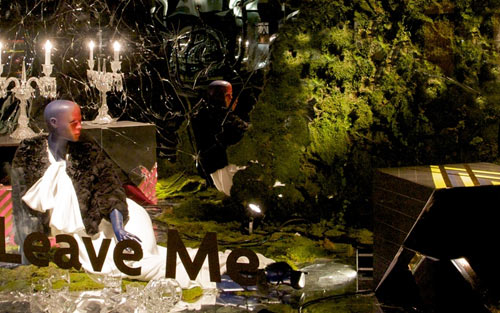 Roomscapes of the Imagination
1/4 Photos

Barneys New York on Madison Avenue has just unveiled a series of new window displays called “Roomscapes of the Imagination.”

The window installations are a collaboration with designer/architect Rafael de Cárdenas, contemporary artist Joe Grillo, architects Peter Shelton and Lee F. Mindel of Shelton Mindel & Associates, and interior designer Benjamin Noriega-Ortiz. Each window is unique to its designer, but cohesively, they are quite an expressive sight.

Inspired by the storyline from Fassbinder’s The Bitter Tears of Petra von Kant, de Cárdenas has created “Love Me and Leave Me,” an environmental mood for each emotion suggested through a surrounding of gradient materiality. His media ranges from a geometric, orderly, optically buzzing pattern composed of tape to a mossy landscape which ends in a shattered reflective world of mirrors. Furniture from de Cárdenas’ first collection with Johnson Trading Gallery are included in the window as well as accessories by Baccarat.

Described by the artist as being new millennium and American futurism, Grillo’s “Fluorescent Scented” is a maximal overload installation built out of found materials such as recycled garbage and melted “mish-mashed odd and ends.”

Shelton, Mindel & Associates design “Ad Infinitum” brings together the cultures from around the world that are celebrated by Barneys New York. Decoupage unites the designs, while the architecture of the space exudes feelings of the things beyond: “A Stairway to Heaven.”

Hiroshi Teshigahara’s 1964 film The Woman in the Dunes inspired Noriega-Ortiz to create “Suna No Onna,” which translates to “Sand Woman.” The design combines furniture and ever-shifting sand to capture the beauty of the film. Lighting and feather works by ABYU Lighting are also incorporated into the installation.