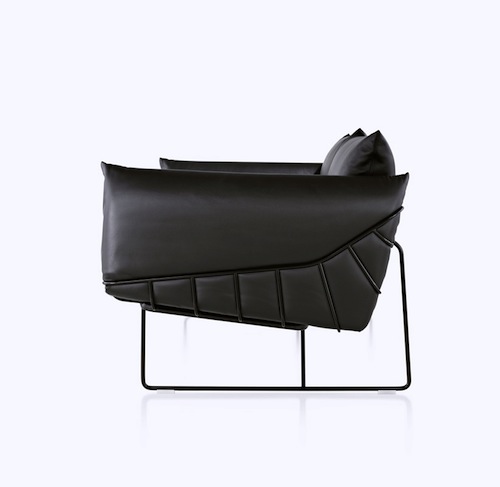 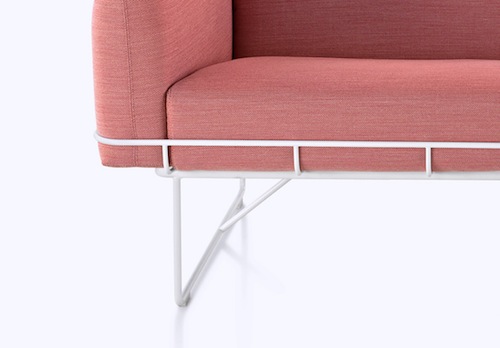 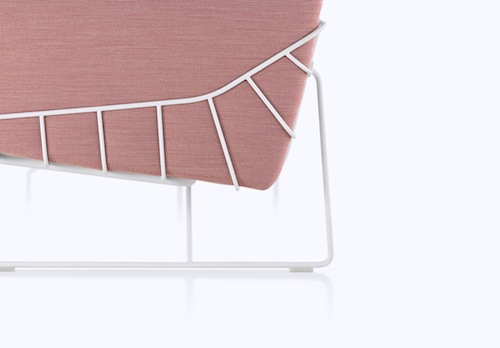 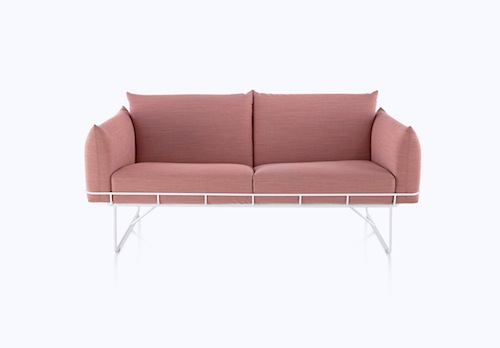 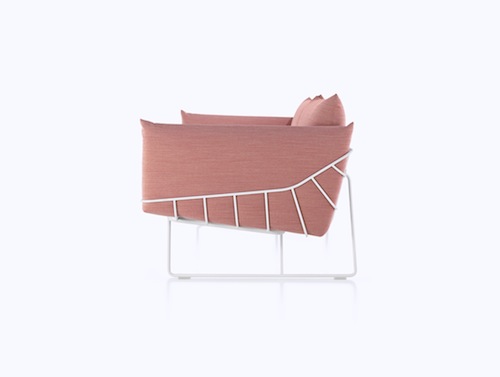 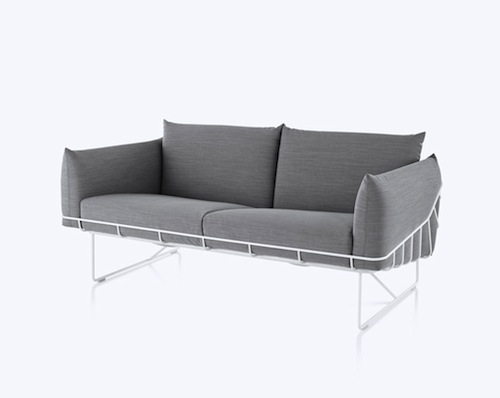 Picnic Sofa is a minimal design created by England-based designers Industrial Facility. The project was designed for Herman Miller, and will be available in a two or three-seat variation. The sofa is an addition to Herman Miller’s Collection series of furniture that was first introduced by George Nelson of the 1950s.

The sofa is distinguished by its wire-frame structure, which carefully holds the contoured cushions into place. The wire-frame base has been a tradition in Herman Miller pieces due to its versatility and lightness. As a result, the Picnic Sofa is considerably lighter than other sofas of similar size, giving it an advantage when moving or making small adjustments. In addition, it results in less material waste and a lighter package for shipping to the customer.

The cushions within the seating are also advanced in that they employ a suspension technology called the “super-seat.” The stretched molding of the cushions produce a trampoline effect similar to the Nala Harmonic Tilt chair. I find it difficult to design objects with wire-frame without making it look cheap, but Industrial Facility did a fantastic job producing a sophisticated and elegant sofa.

The series will be available from February 2013.