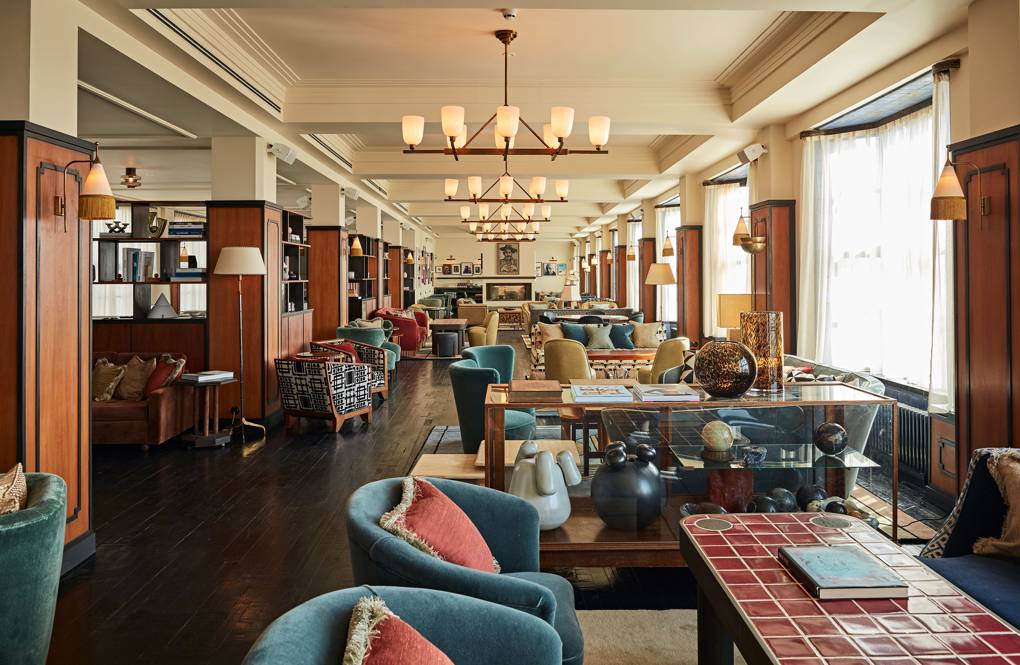 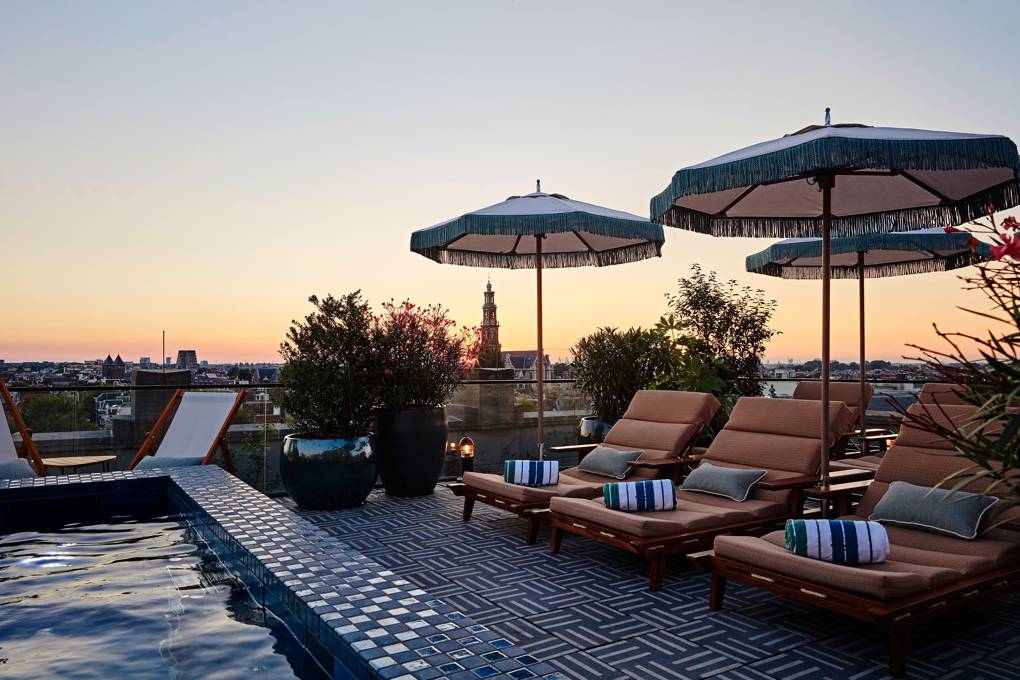 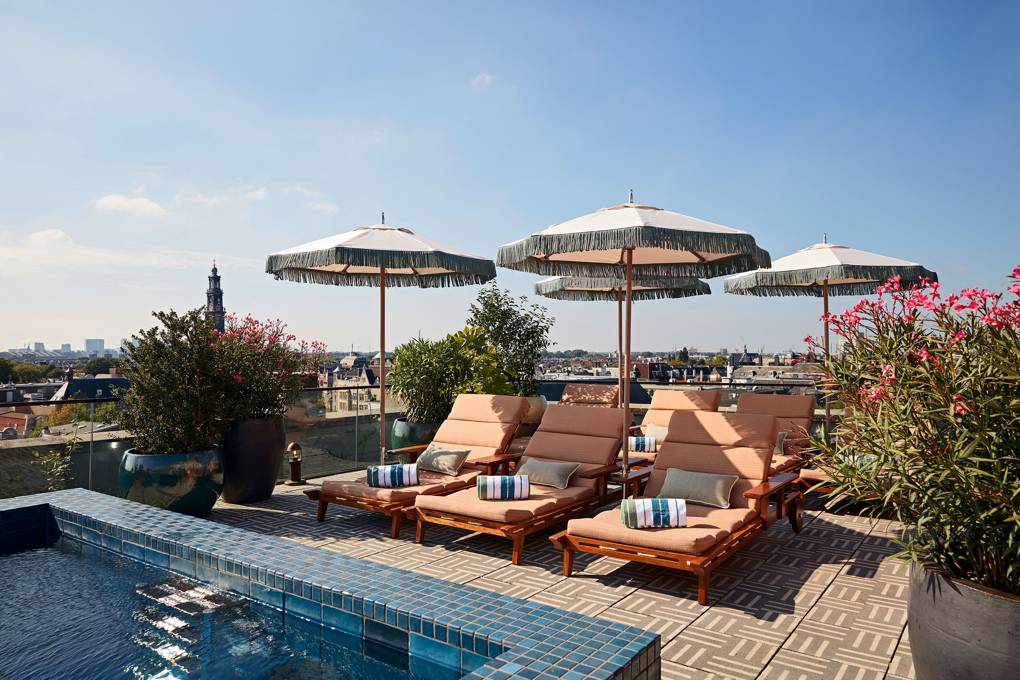 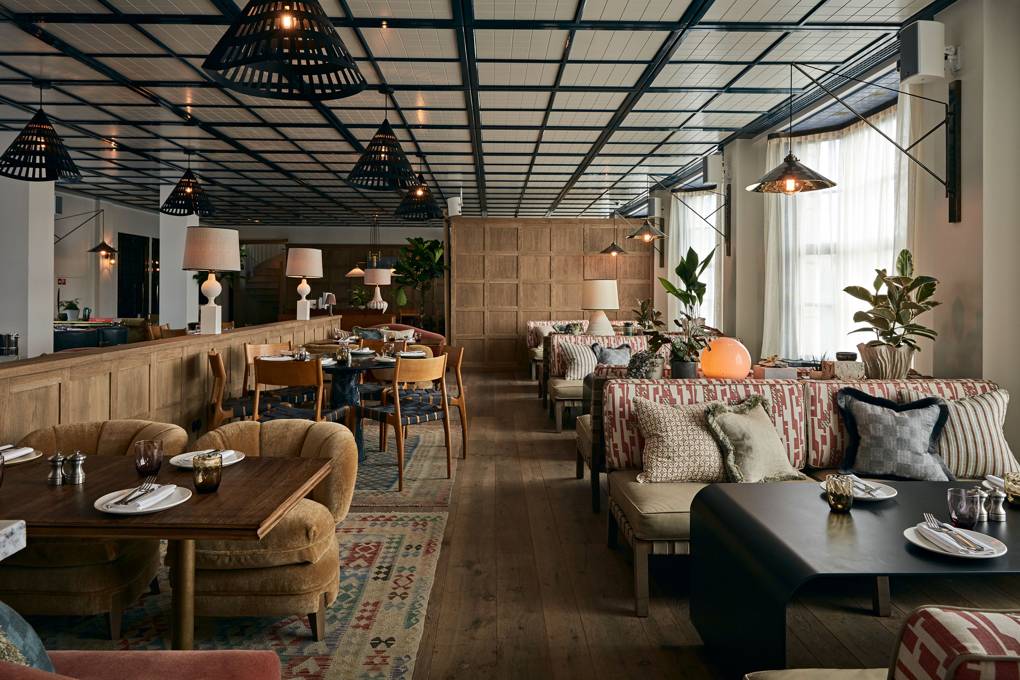 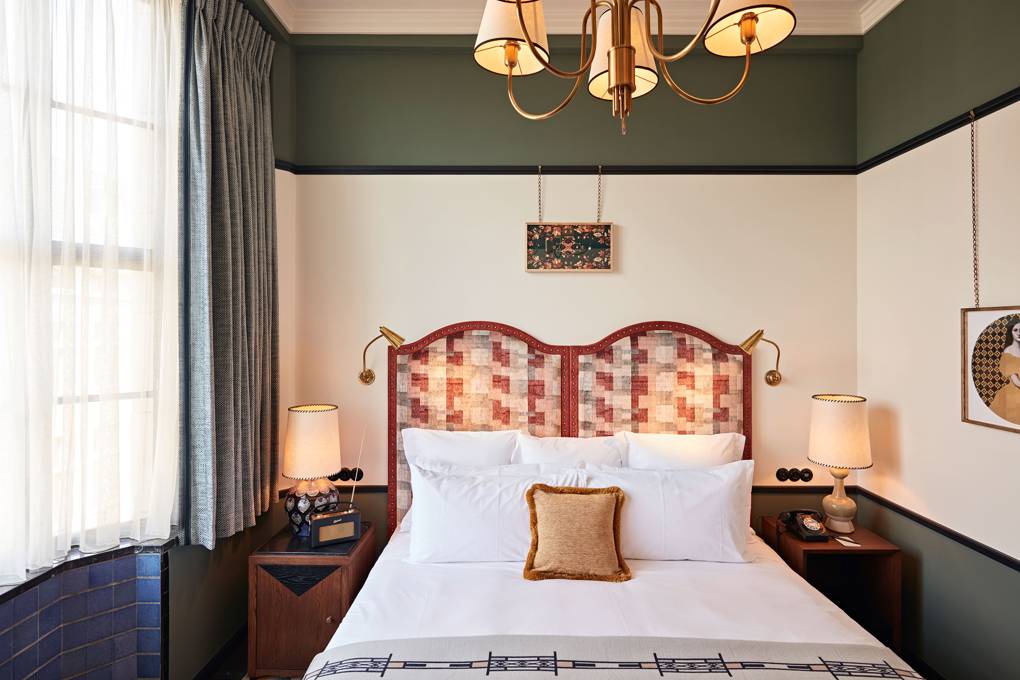 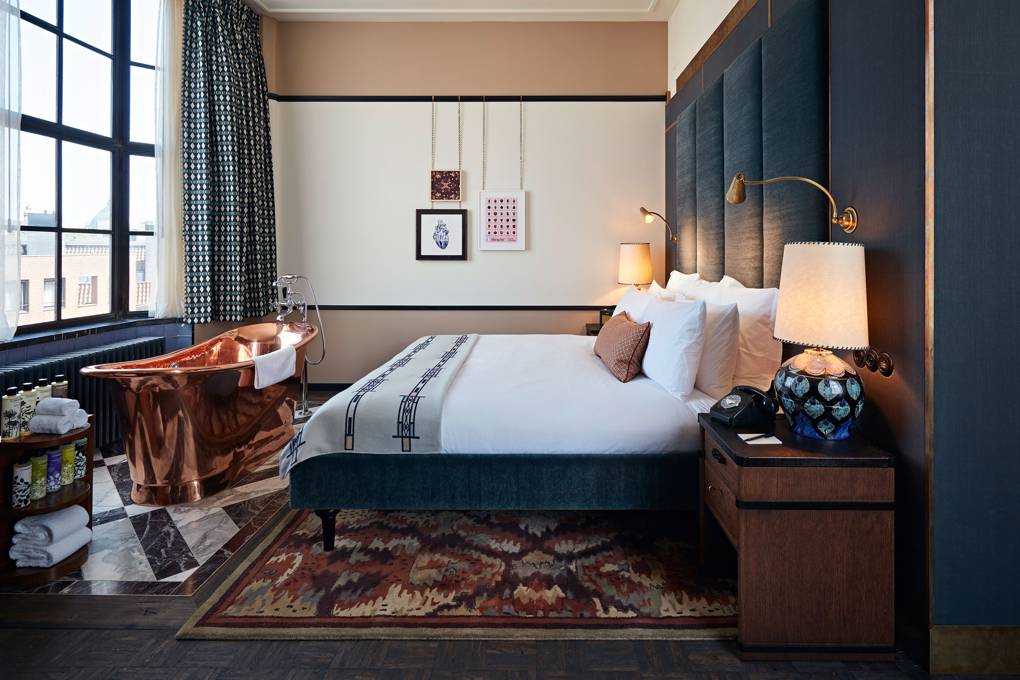 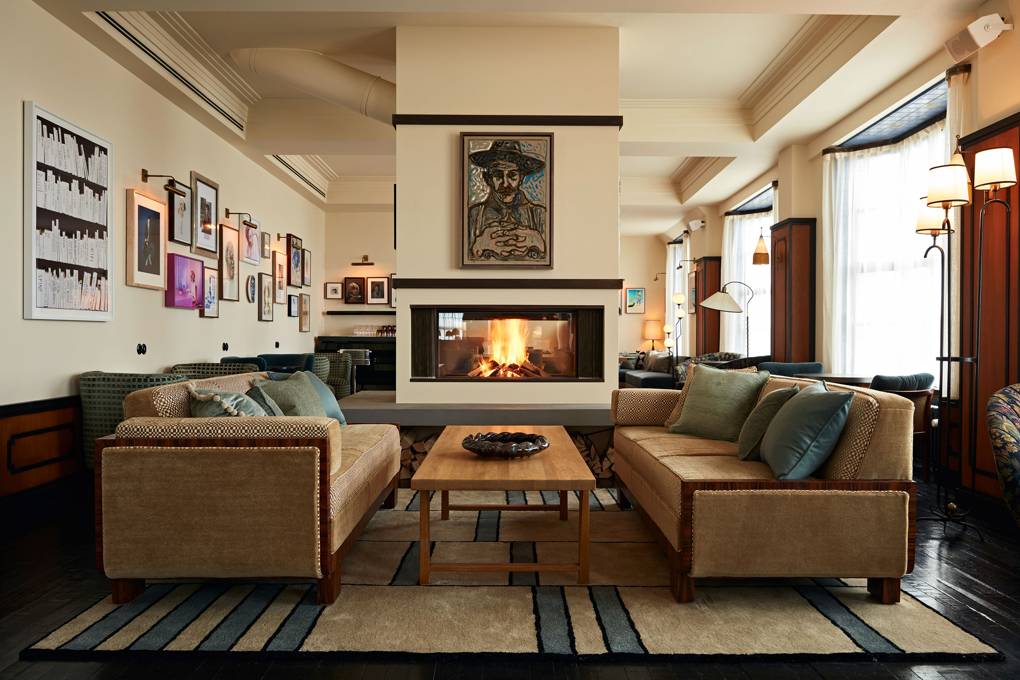 Soho House, a private members’ club for creatives, expanded to Amsterdam this summer. The Soho House Amsterdam establishment has taken over the Bungehuis, an old 1930s university building on the Spuistraat that overlooks the canal, and spruced it up with their signature interiors and furnishings. The building now accommodates 79 bedrooms, a rooftop pool, an entire floor of club space, as well as Italian dining at Cecconi’s restaurant and a Cowshed spa on the ground floor. 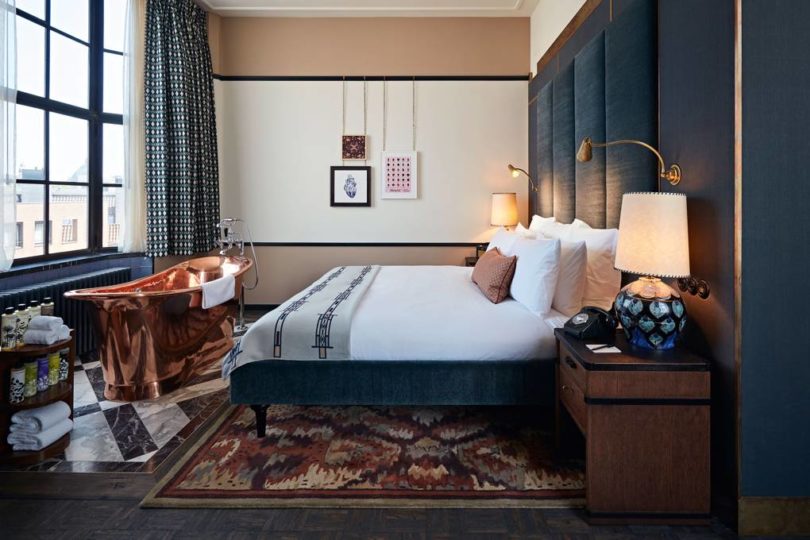 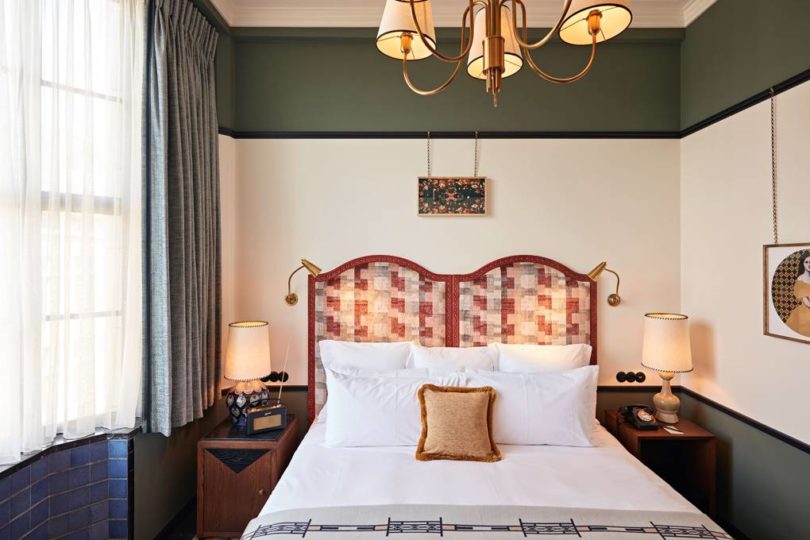 And of course, it being located in Amsterdam, there will also be space to park 75 bikes and a workshop for repairs.

The six story high Bungehuis building is a distinct landmark along the Amsterdam canal, with a stark limestone and granite facade contrasted against bronze bay windows. What makes this space even more spectacular is that it is only one of two buildings in Amsterdam with a rooftop pool. If the Dutch aren’t used to lounging on roofs in the sun, this is going to change their game. 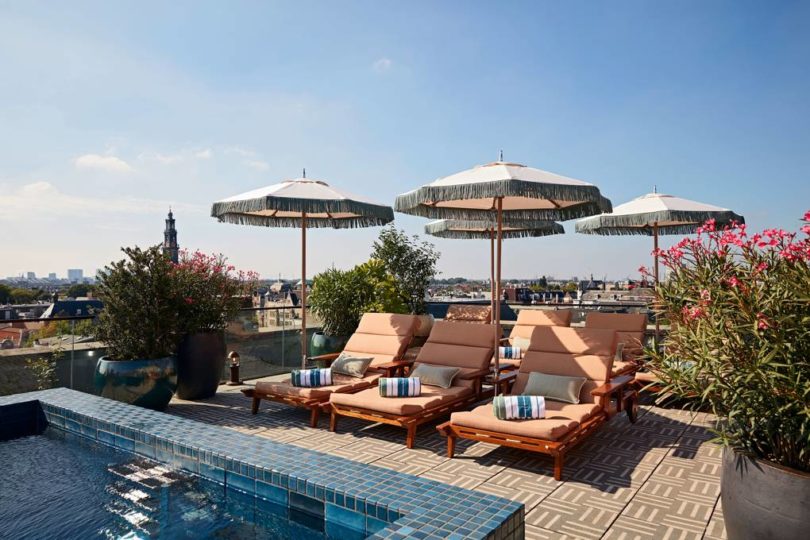 If you’re wondering how every Soho House around the world – there are 21 locations total – have a similar vibe, it’s because they have an in-house studio that handles the interior design of the spaces.

A global chain like Soho House is increasingly attractive to digital nomads and creatives. While many freelance workers spend their time in cafes, there’s also been a recent push for subscription-based spaces catered towards digital workers. The benefit is that they know they’ll have an area to work at all day, no pressure to keep on buying coffee or wander from one coffee shop to another every few hours. 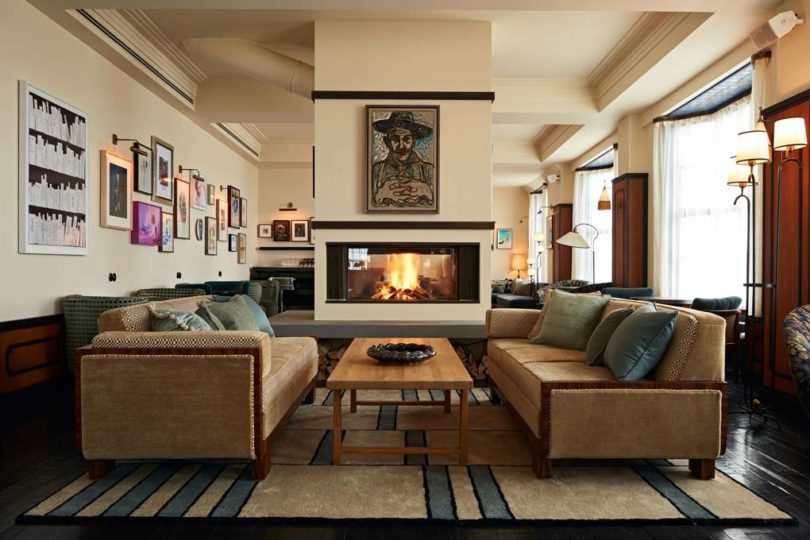 To take it a step further, if these digital workers are also global travelers, and they want to avoid working in small, crowded tables or competing for a power outlet especially when they are overseas and need to get work done, Soho House could be the answer. 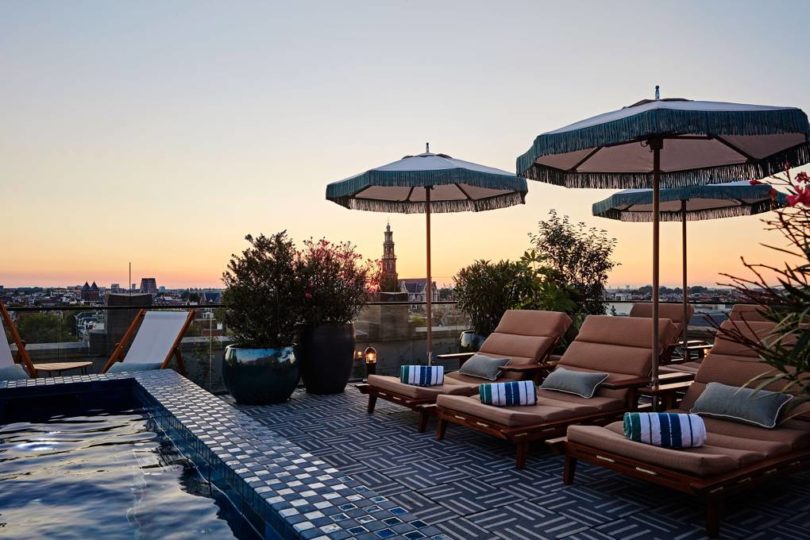 This year, Soho House has added DUMBO in New York, White City in West London and Little Beach House in Barcelona to their members’ only clubs chain, and they will be expanding to Mumbai and Paris soon after.

It makes sense given the growth of digital workers. According to a forecast by International Data Corporation (IDC), mobile workers will make up nearly three quarters of the total U.S. workforce. That means over 105 million workers in US alone will be mobile, and IDC expects that more than two thirds of them will not be office-based at all.

In Europe too, three quarters of the Western European workforce is said to be mobile this year. This perhaps explains the Soho House expansion into three new European sites to tap into this trend.

For a $2,800 annual fee for membership with ‘every house’ within the Soho House network, you can tap into a global hotel chain that caters to “creative” digital workers. As Soho House builds its brand, it’s realizing that they’ve carved a niche for themselves, giving a comfy space to young, traveling millennials who want tap into a social network and be welcomed into similar social spaces wherever they go.