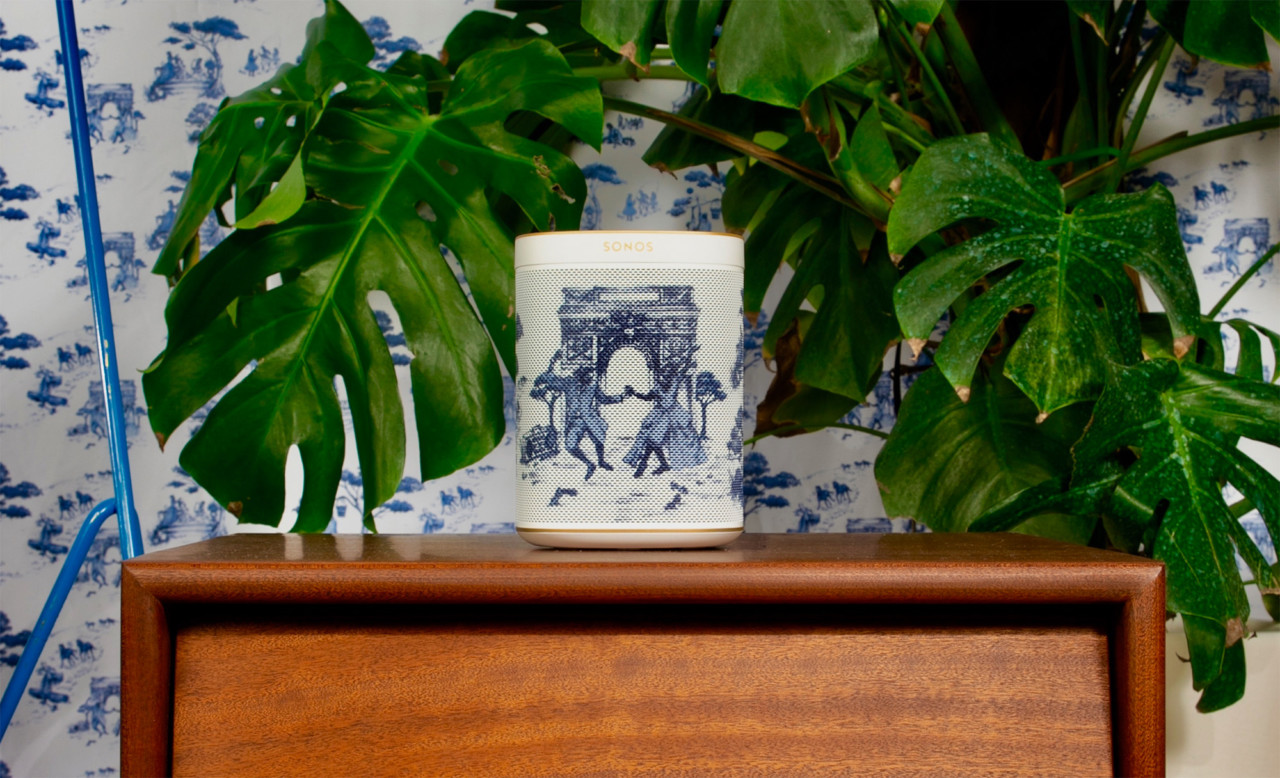 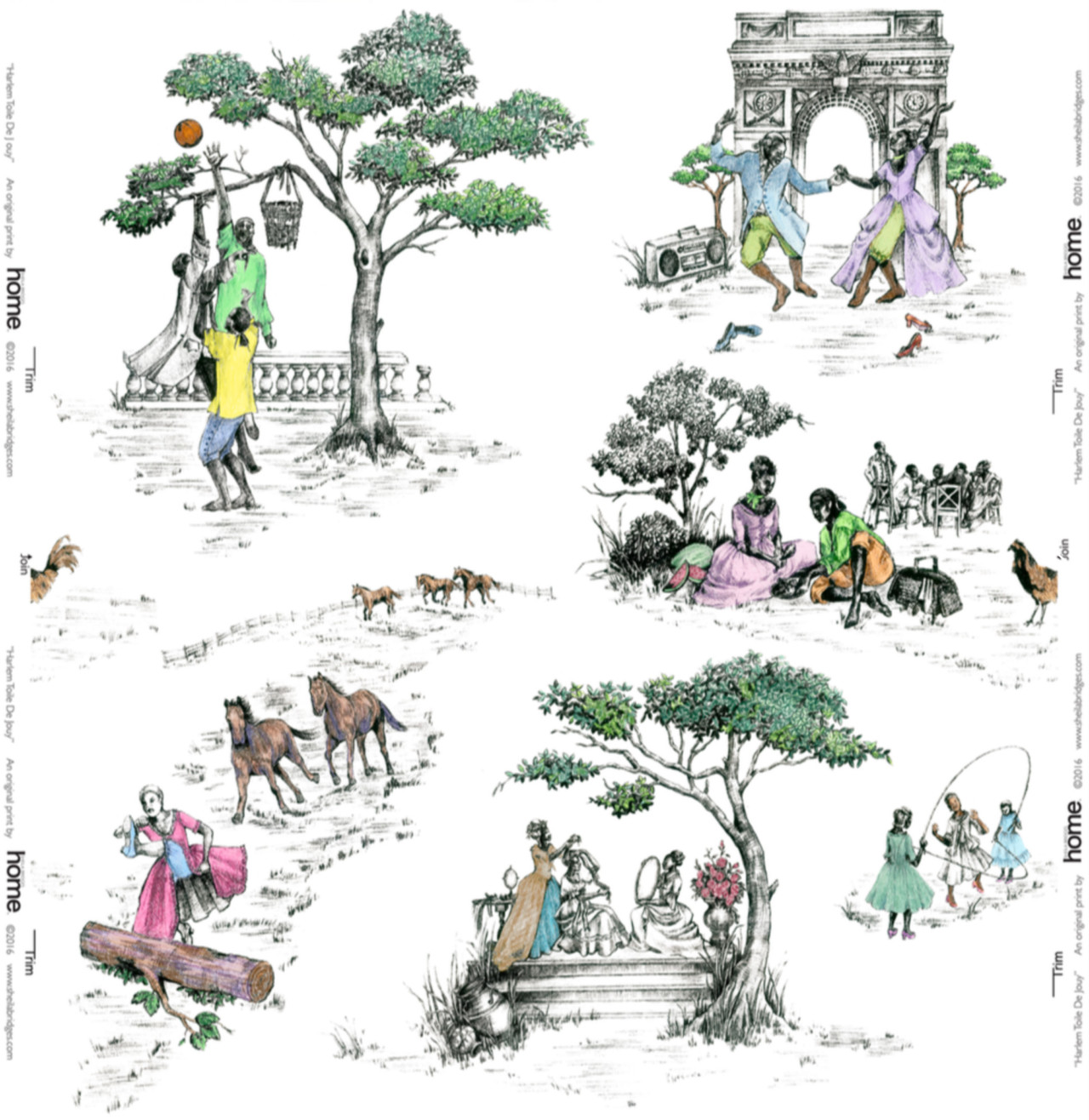 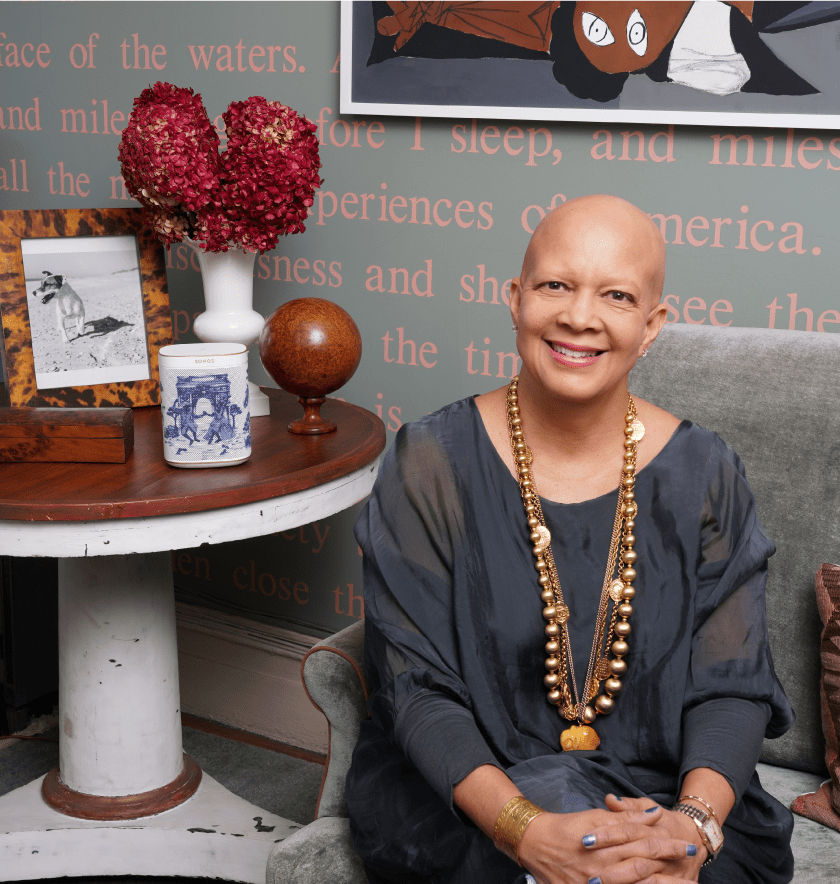 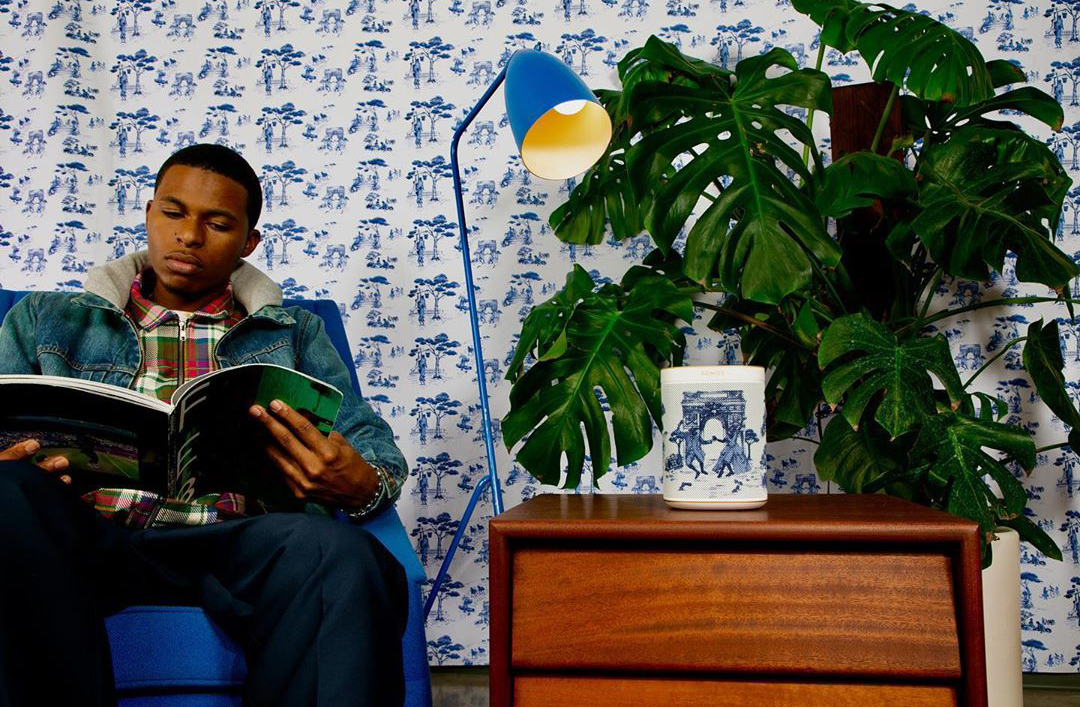 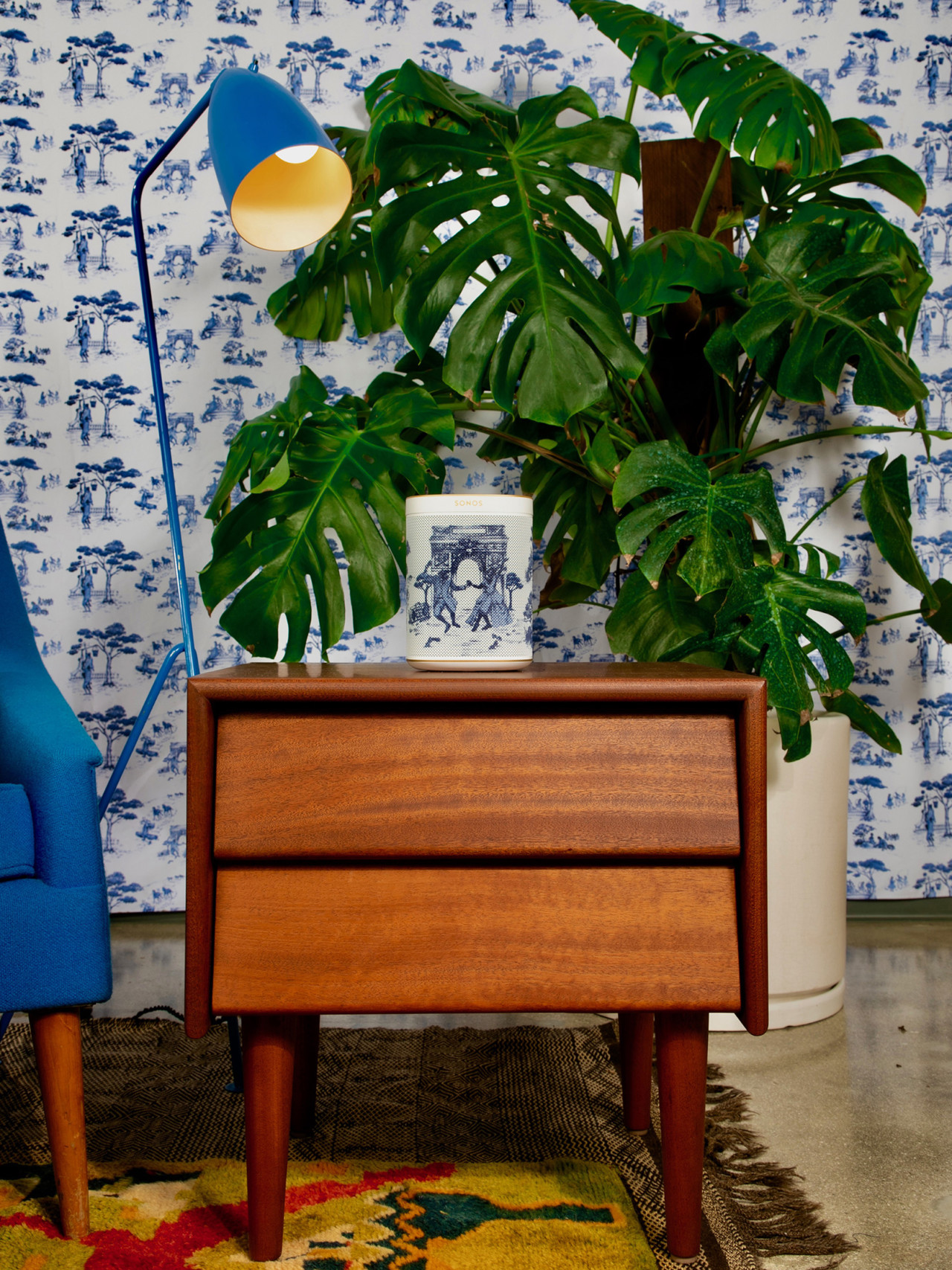 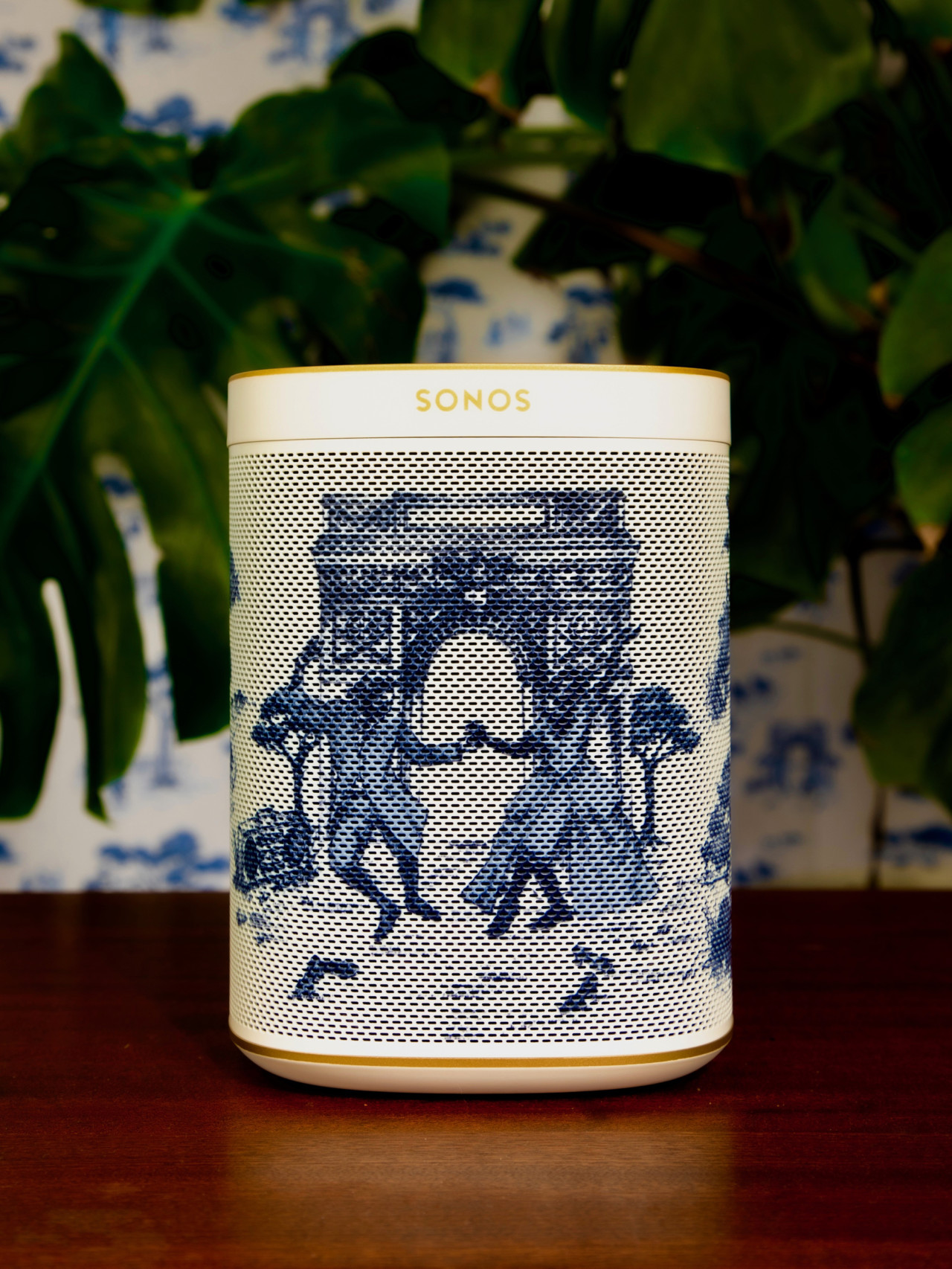 Headphones as fashion have been a thing for awhile now. While wireless home audio speakers a more private affair, manufacturers have also increasingly made efforts to integrate audio componentry into the grander scheme of home decor. The Union LA Sonos One SL by designer Sheila Bridges expresses a delightfully unexpected collaboration between Sonos and streetwear clothier Union LA, one imprinted with the likeness of Harlem Toile wallpaper print decoratively communicating a celebration of African American culture. 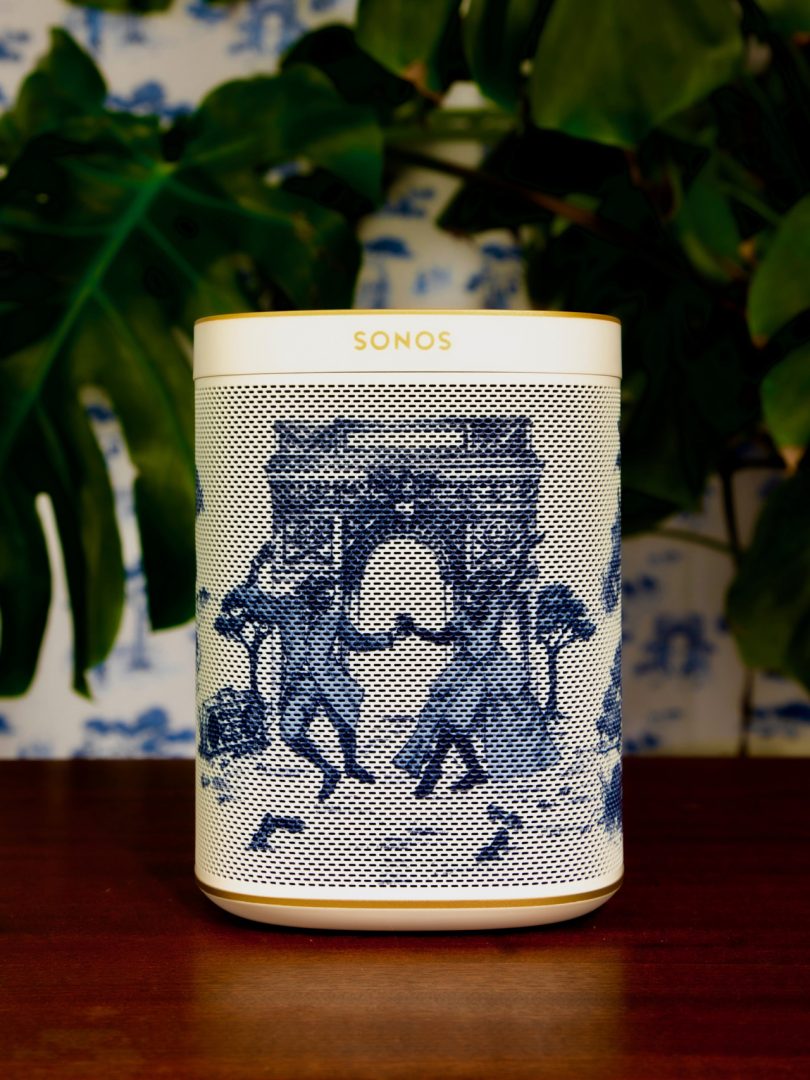 Sonos has a history of using their speakers as blank canvases of sorts, including playful collaborations with Danish furnishing brand HAY, the Beastie Boys and Barry McGee, and jazz imprint, Blue Note, but this limited edition stands out as their most culturally evocative design yet. Union LA’s Chris Gibbs credits a visit to The Underground Museum in Los Angeles where the Sheila Bridge’s toile work under the moniker of Harlem Toile enamored him so much, he reached out to Bridge to use her wallpaper design in their new Tokyo branch, followed by a fashion line featuring her toile pattern. 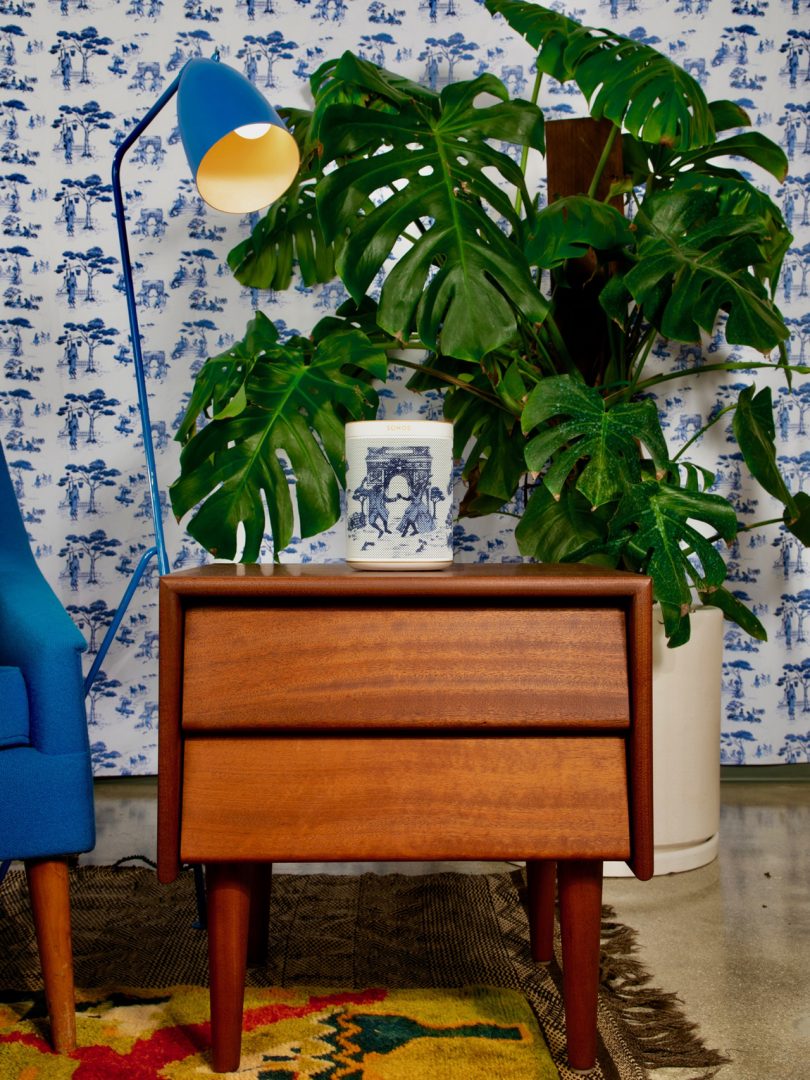 I was very familiar with what toile was. And being someone of color, it had never spoken to me through my culture. I thought Sheila’s version was an incredible juxtaposition. 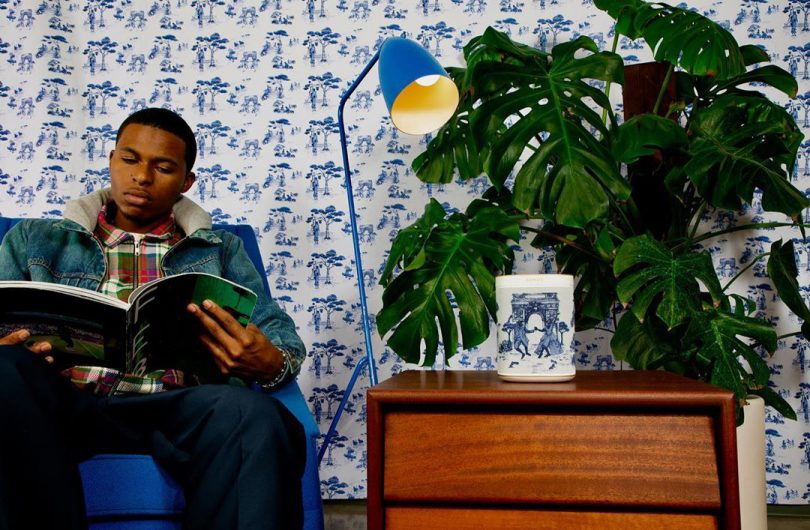 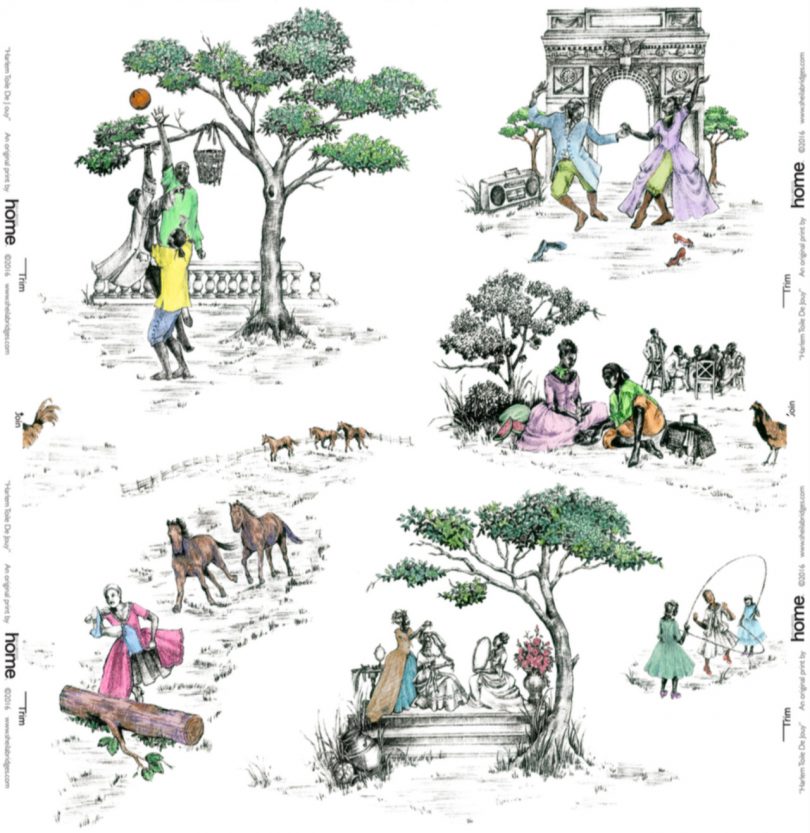 Bridge’s original multi-colored Harlem Toile design [above] – imagery derived from a piece in the permanent collection of the Cooper Hewitt – was too detailed to reproduce across the perforated form of the Sonos speaker grill, thus the design team converted the pattern into a mono color scheme similar to Delftware, the tin-glazed earthenware identified with the Netherlands. 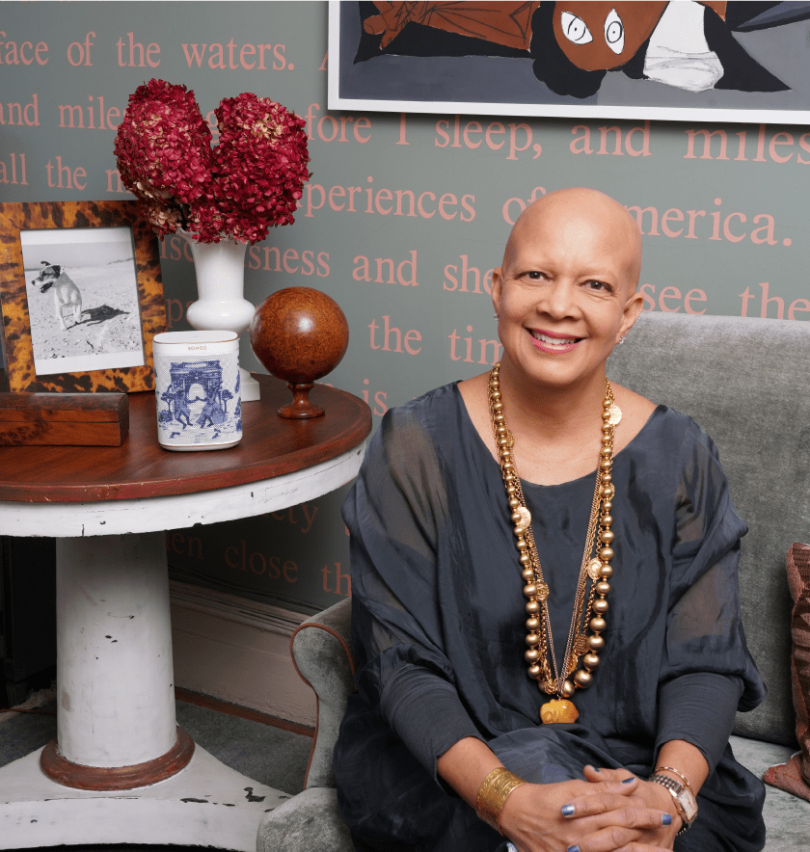 The result is a design retaining the clarity of its inspiration and audio performance – a home audio speaker “acknowledg(ing) culture in a different way,” says Bridges, “I think it makes people happy to see themselves reflected.”