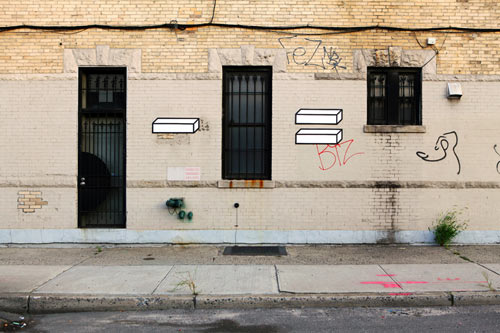 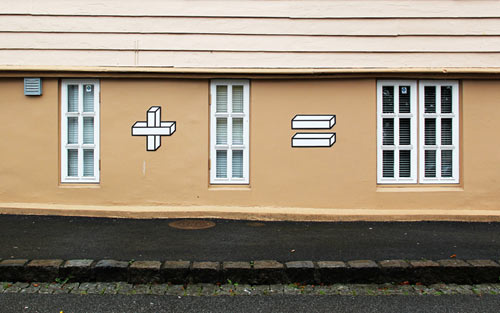 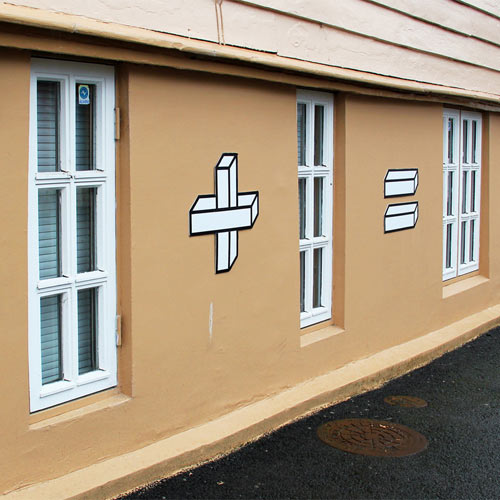 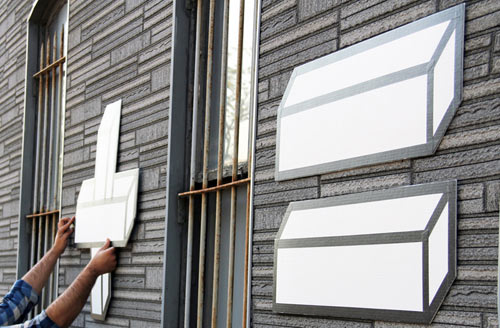 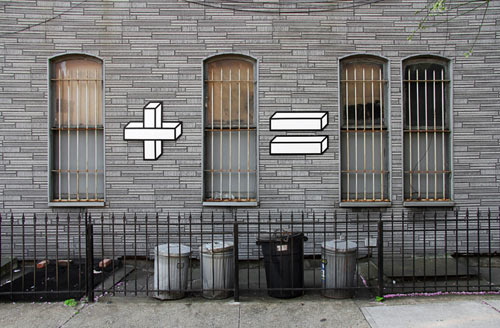 You might remember our love for Aakash Nihalani from when we featured his geometric tape installations before and now he’s back with a new series entitled “Sum Times”. He incorporates his signature 3D style forms into urban environments to work as simple (and clever!) math problems. For example, one window + one window = two windows.