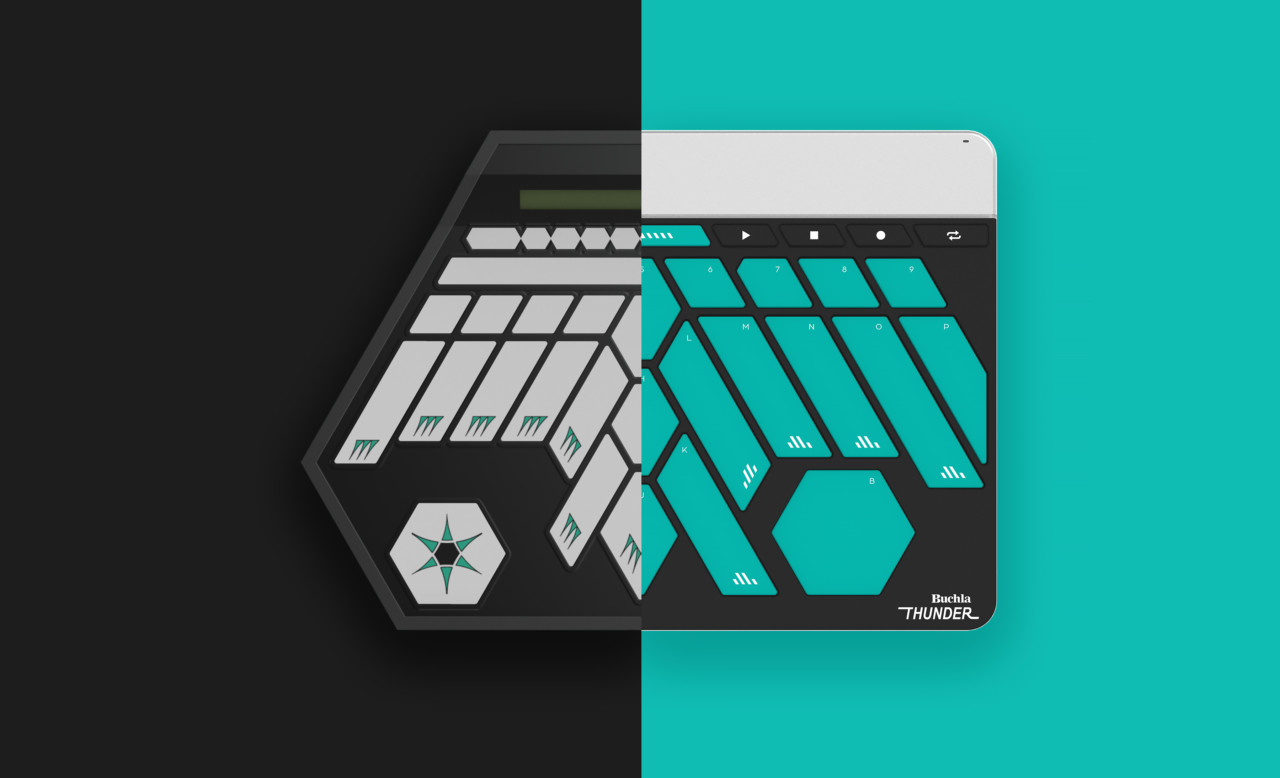 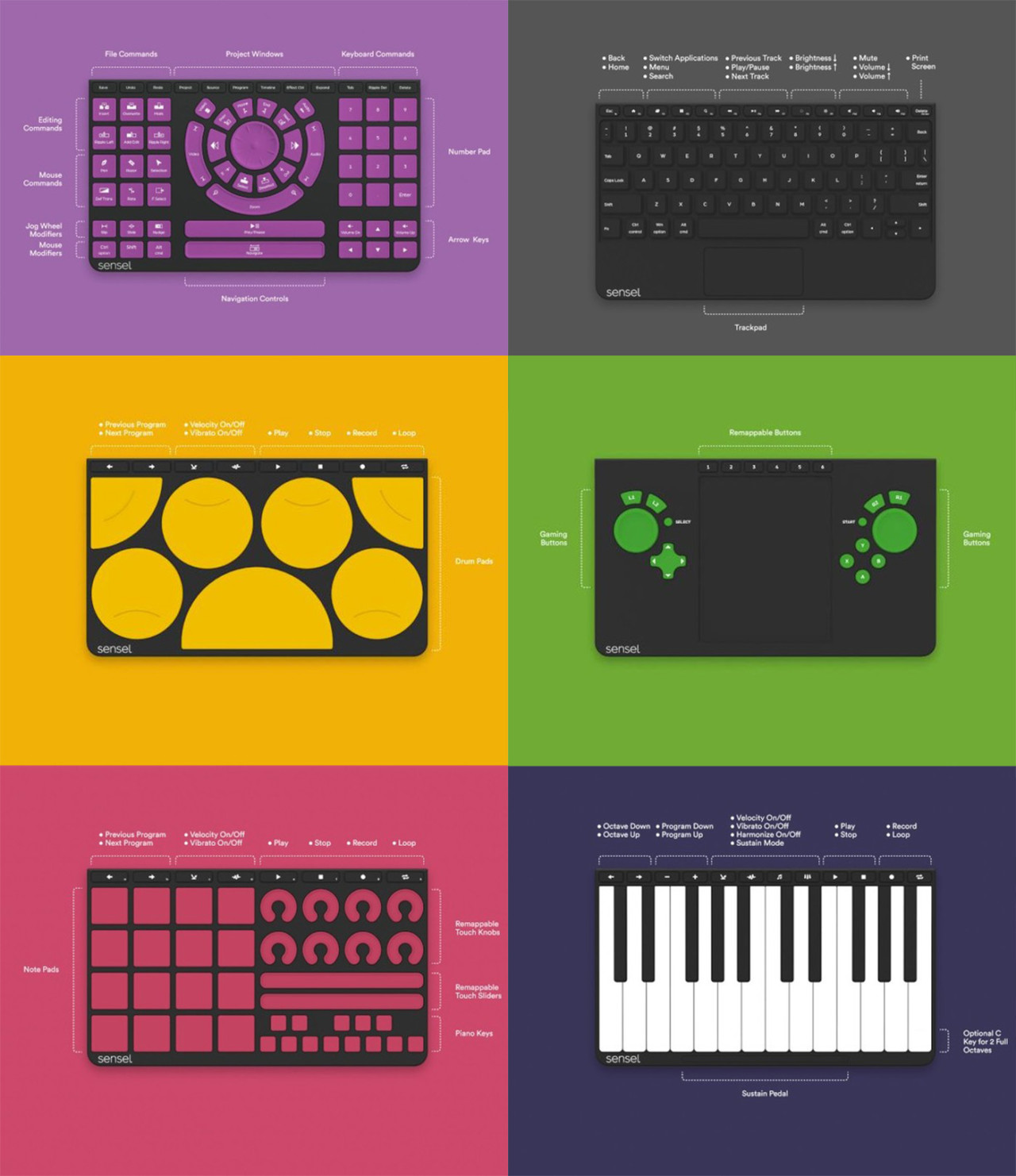 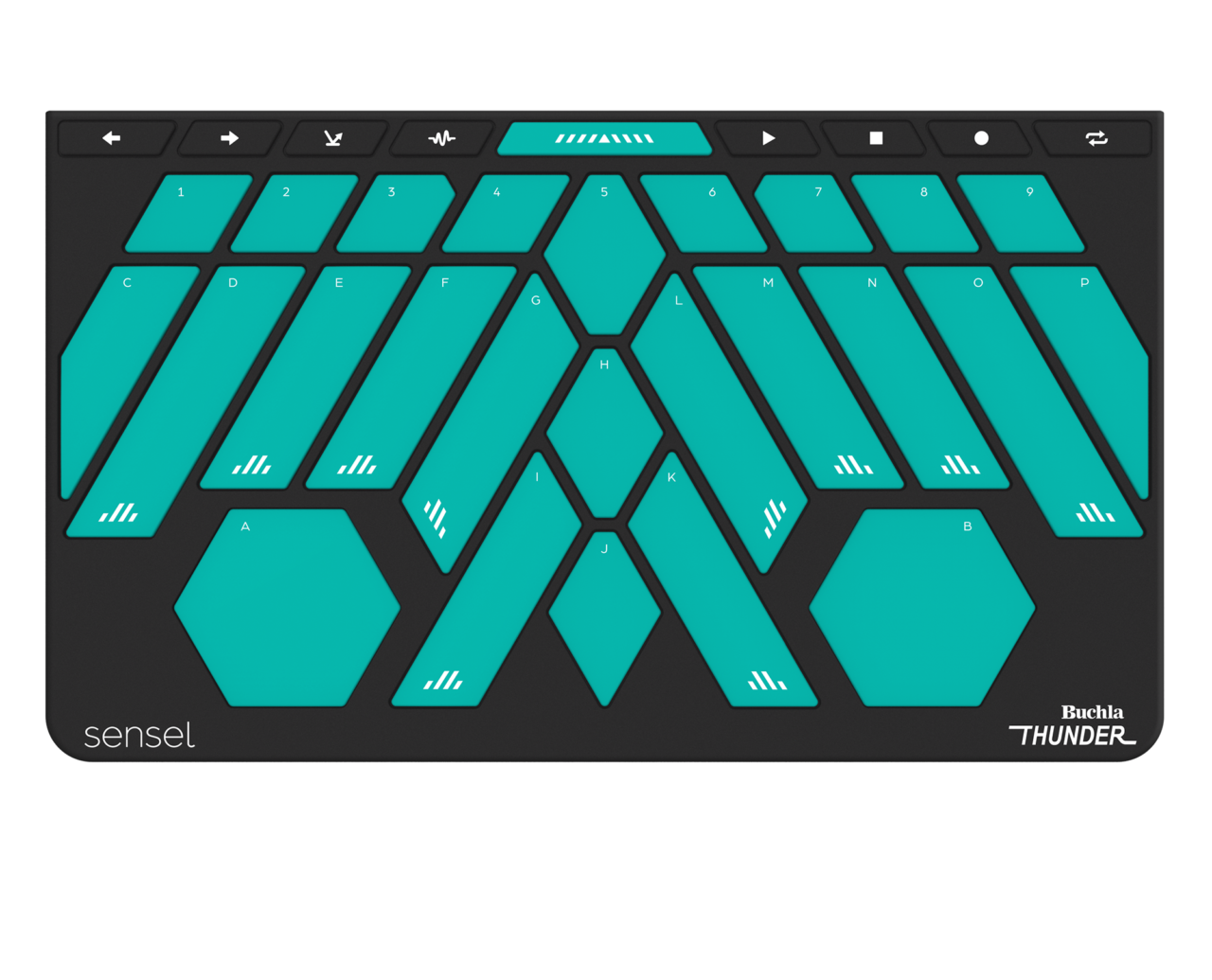 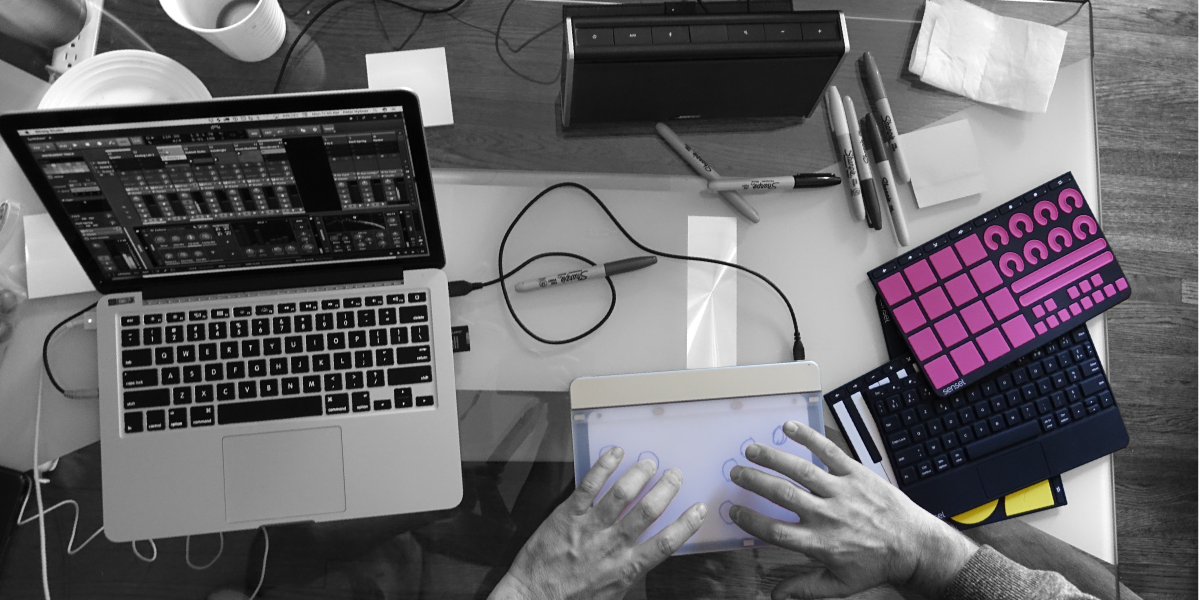 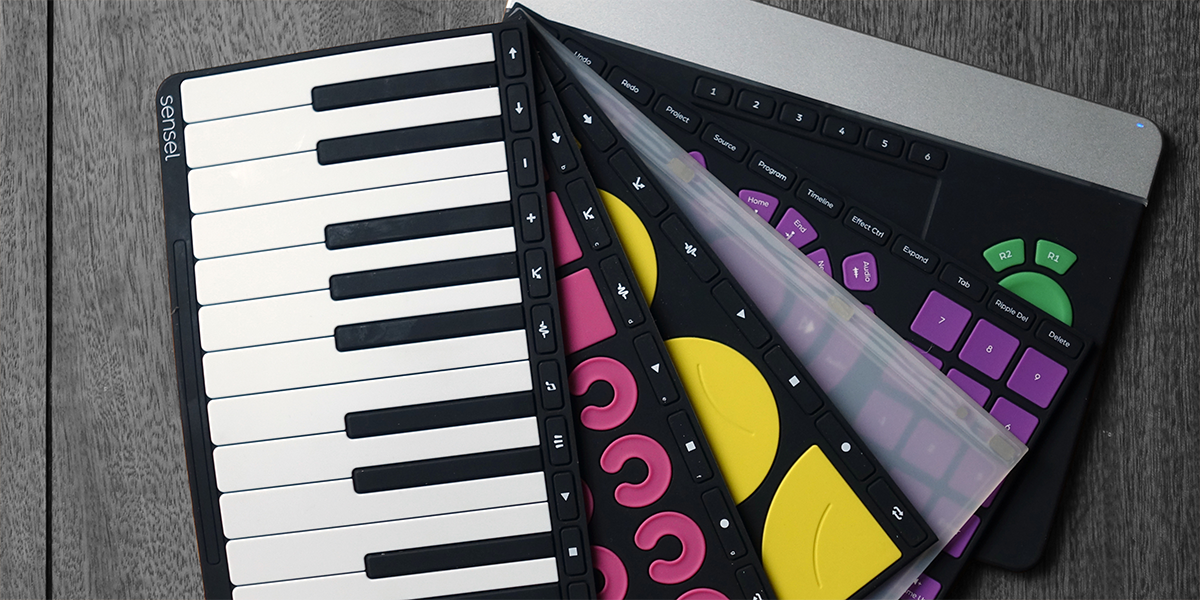 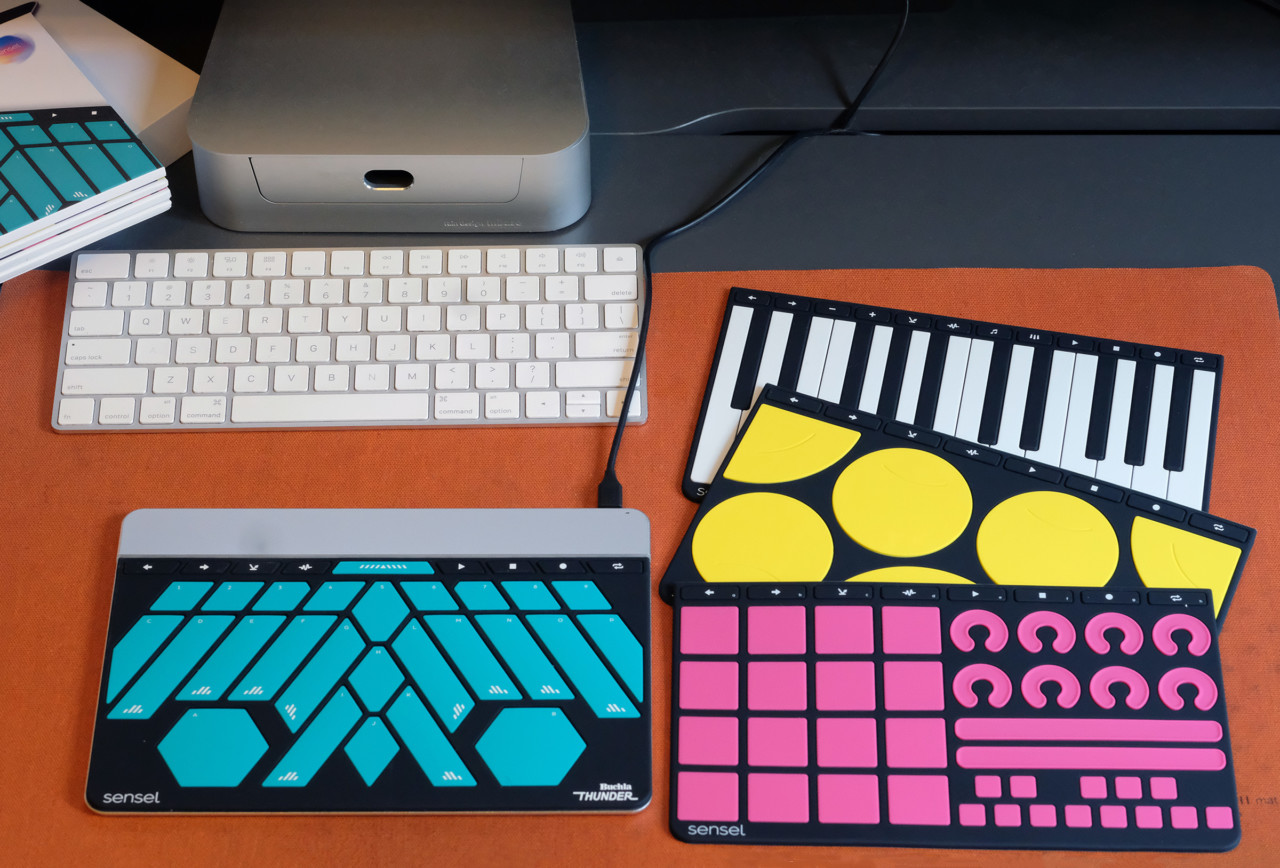 Synth pioneer Donald “Don” Buchla had already left a sustained note upon the composition of musical history in the late 1960s as the co-inventor of the voltage controlled modular synthesizer (developed at the same time, but separately, from Robert Moog) when decades later in 1989 he released the radical Thunder, a capacitive MIDI controller. Remembered for its ergonomic layout and an interface inspired by Native American art, the Buchla Thunder Overlay for the Sensel Morph is a revival of the visionary’s instrument, redesigned for another new generation of digital musicians. 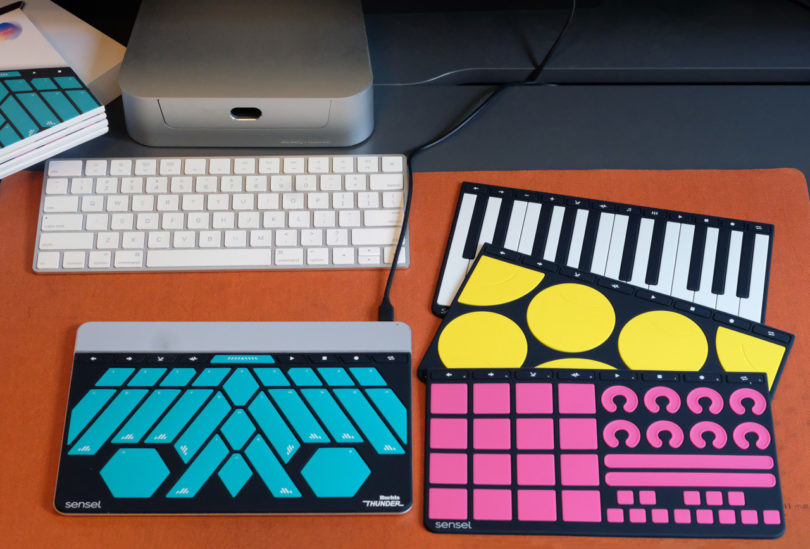 Imagine the Apple Magic Trackpad supersized to the proportions of an iPad mini and you’ll get an idea of the size and feel of the Sensel Morph, a highly adaptable input platform that uses swappable overlays to enable the creation of music, writing, illustration, gaming, and more. The new Buchla Thunder joins as the seventh Morph graphic overlay (minus the transparent Innovator’s Overlay, which invites user customized interfaces) – each mapped specifically to aid in the production of video, graphic design, writing, and music, alongside one recreational gamer’s overlay that turns the entire surface into a USB game controller. 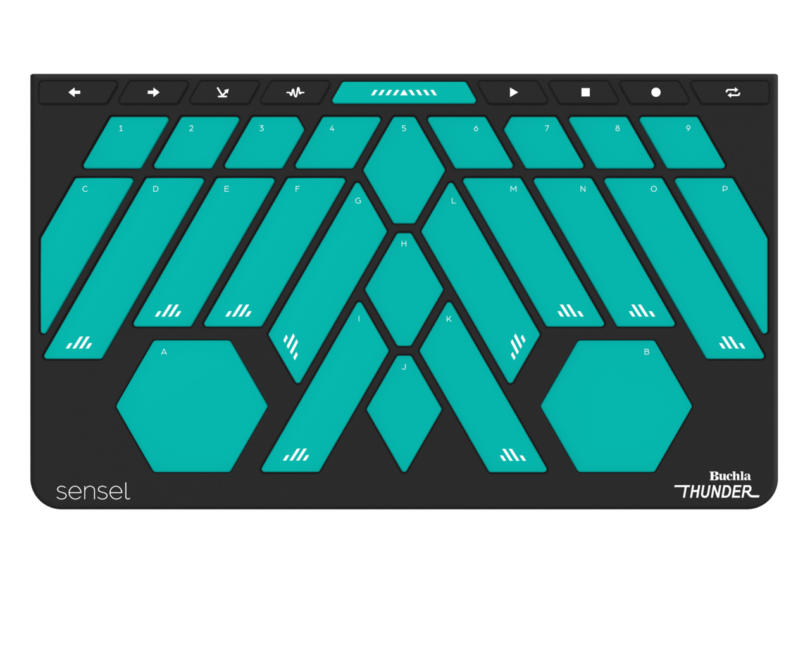 The thunderbird motif UI of the Buchla Thunder Overlay offers musicians a multi-touch, pressure-sensitive touchpad surface compatible with synths with MPE technology (MIDI Polyphonic Expression) and MIDI-equipped instruments, registering pressure, timbre, velocity, and pitch bend. The tactile and ergonomic design invites the exploration and experimentation of sound, and only minutes into using the Morph and Buchla Thunder Overlay, we found ourselves immersed in the process of composition using Apple GarageBand. Credit to the Sensel team for designing an intuitive touch surface interface that never feels like you’ve pressed the “wrong” input, only something new and different to explore. 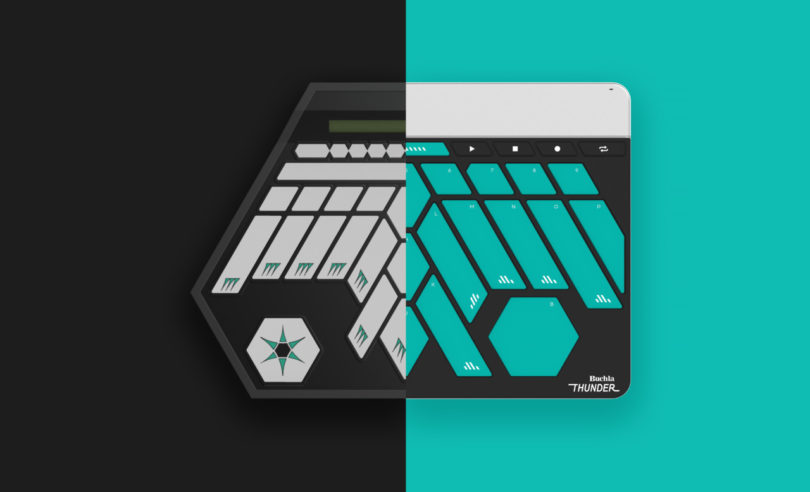 Each of the 27 areas of the Buchla Thunder Overlay transmits a dedicated note and can be used with any instrument that accepts MIDI or MPE (MIDI Polyphonic Expression) input. The Buchla Thunder Overlay can further be customized to transmit any of the protocols supported by the Sensel App, including HID for gaming, computer keyboard commands, and more. 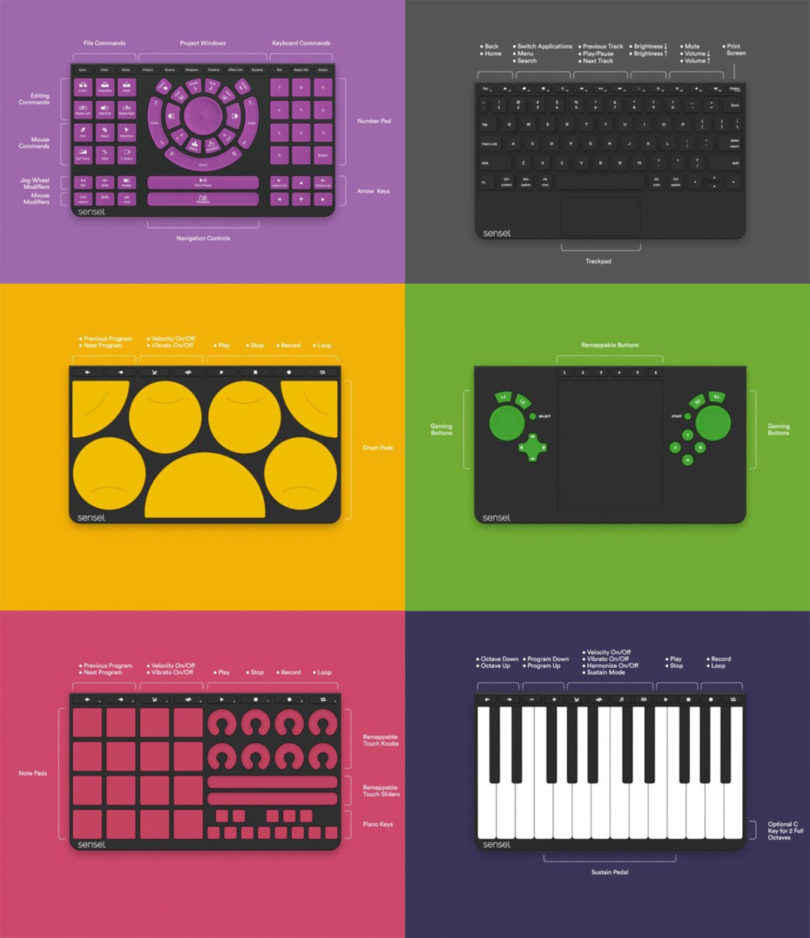 The Morph’s primary audience is musicians, but a multitude of different overlays offers video editors, graphic designers, developers, writers, gamers, and artists a tactile surface to supplement their workflow while also encouraging experimentation. 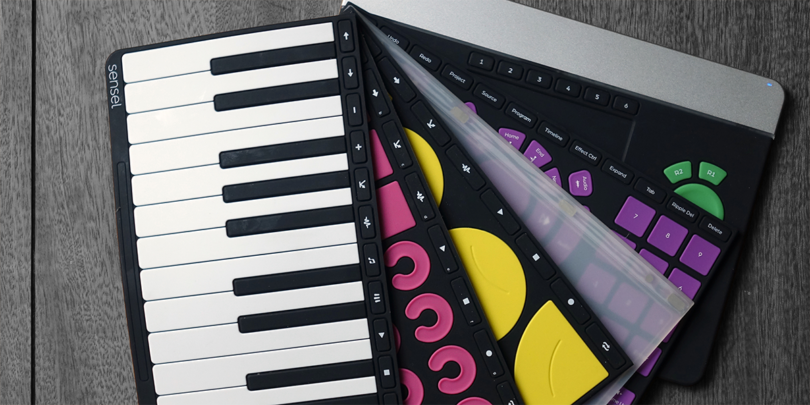