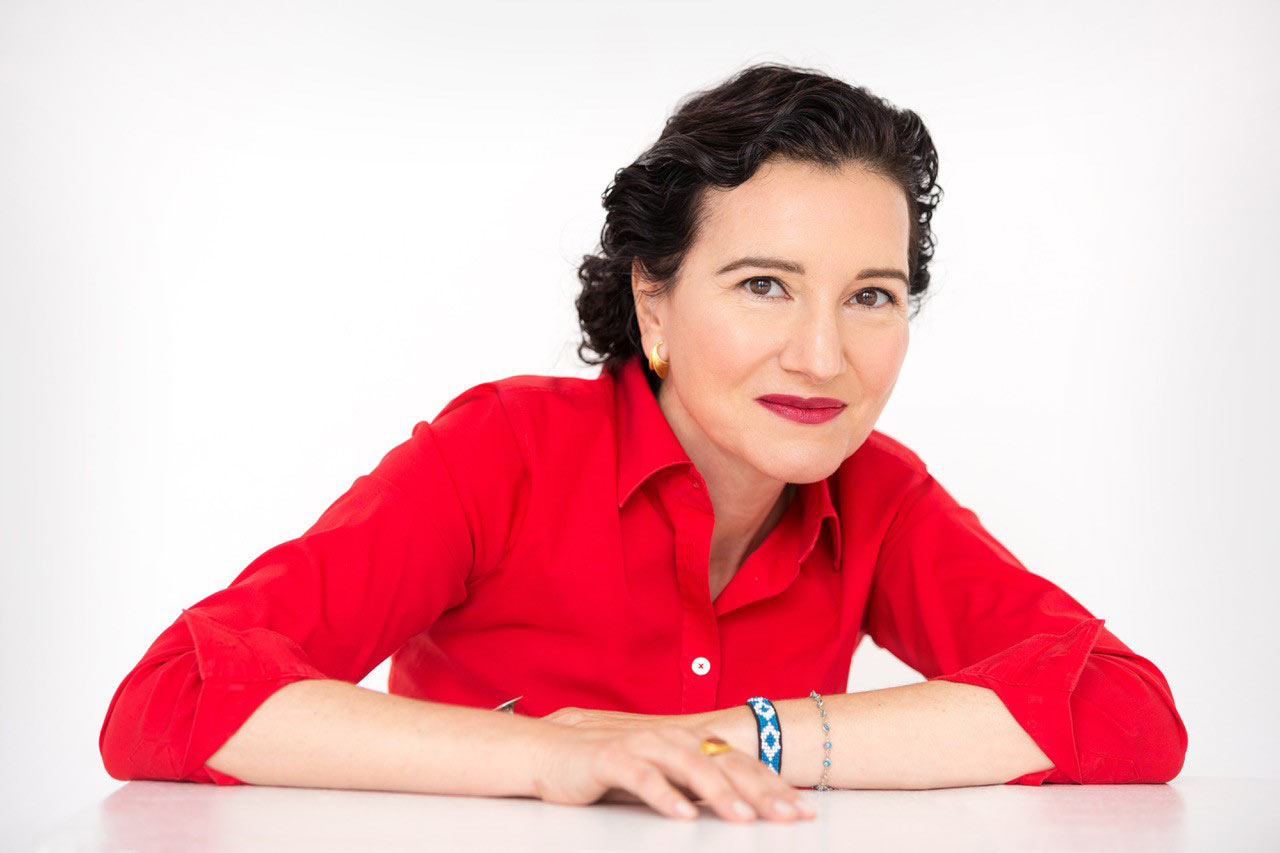 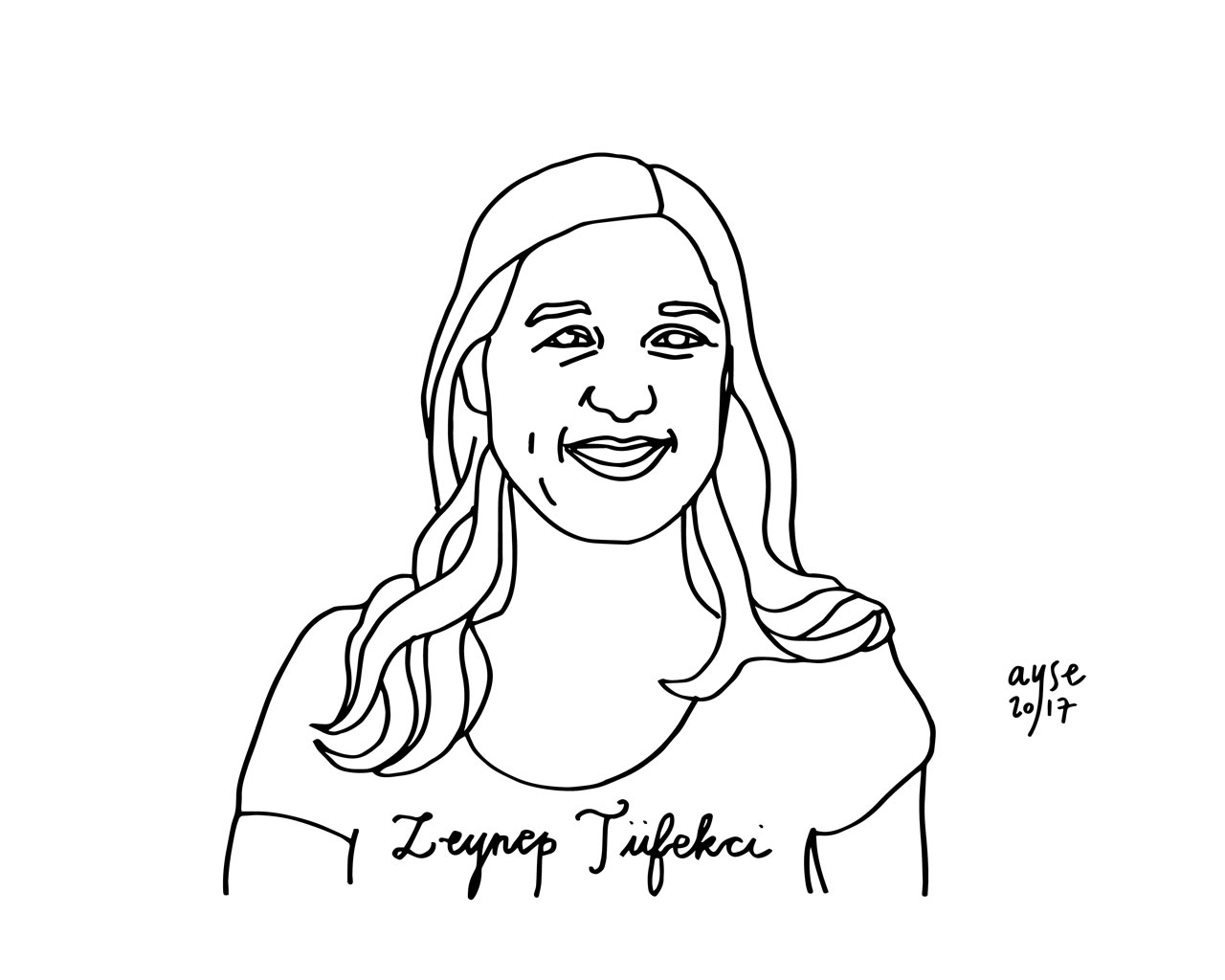 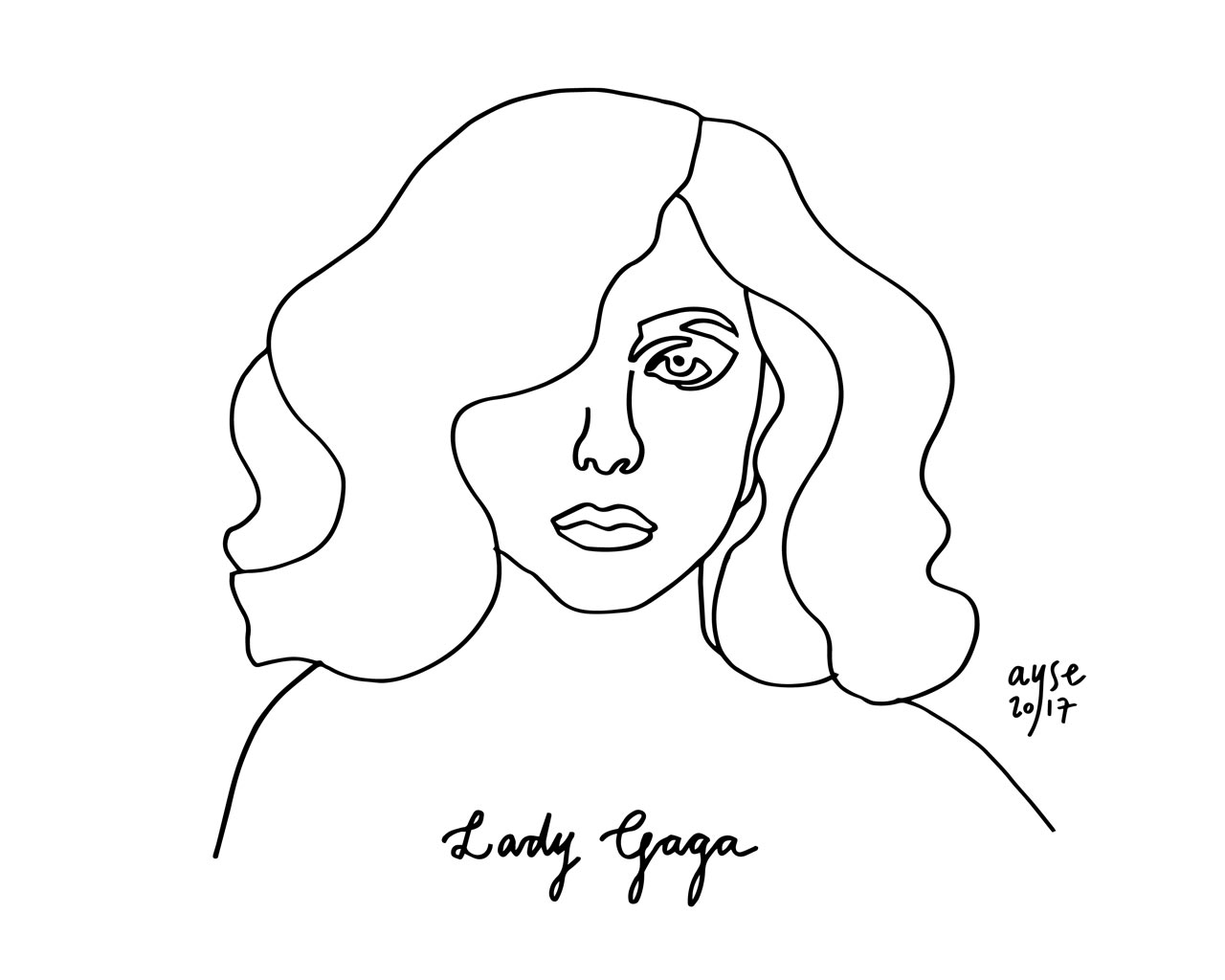 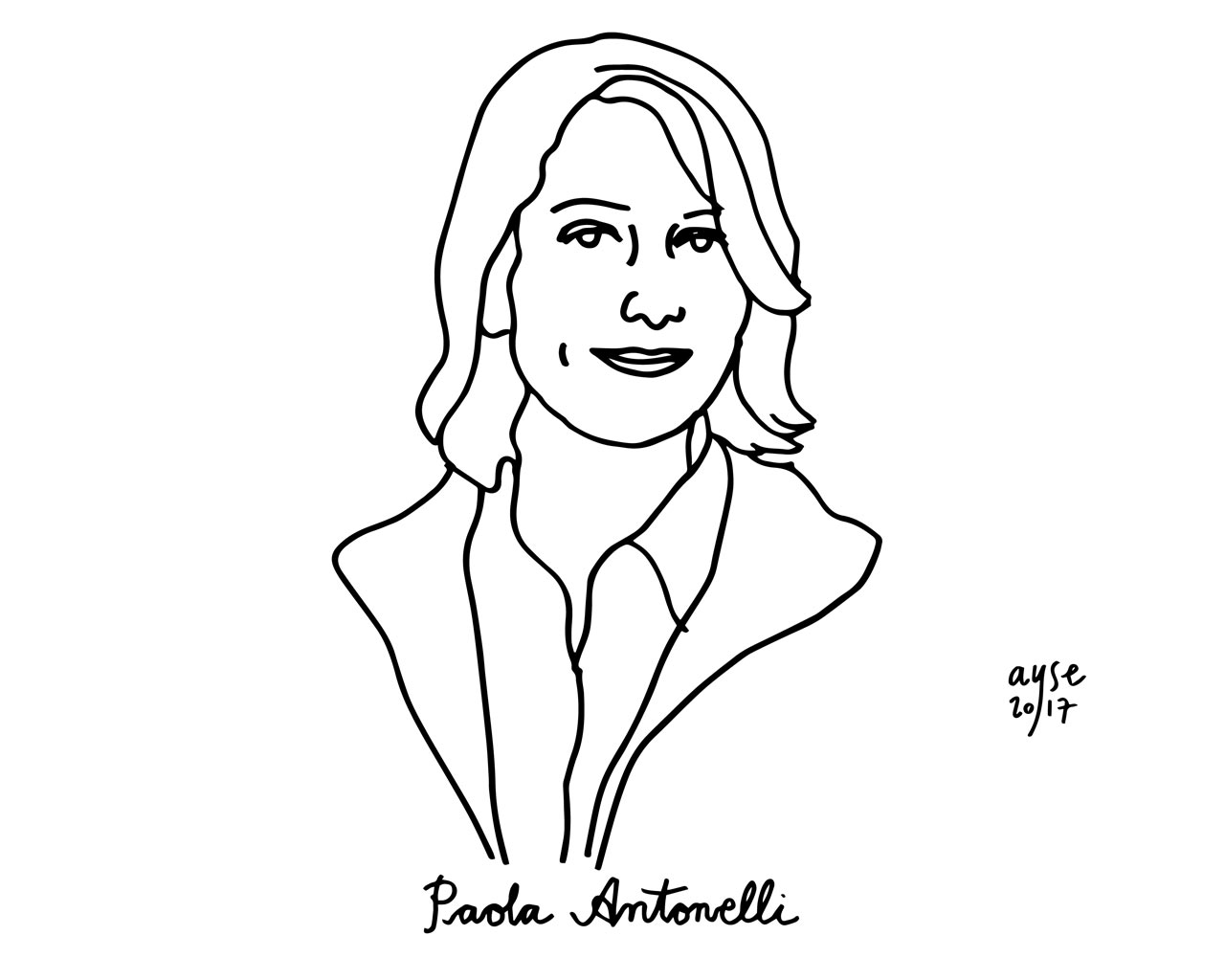 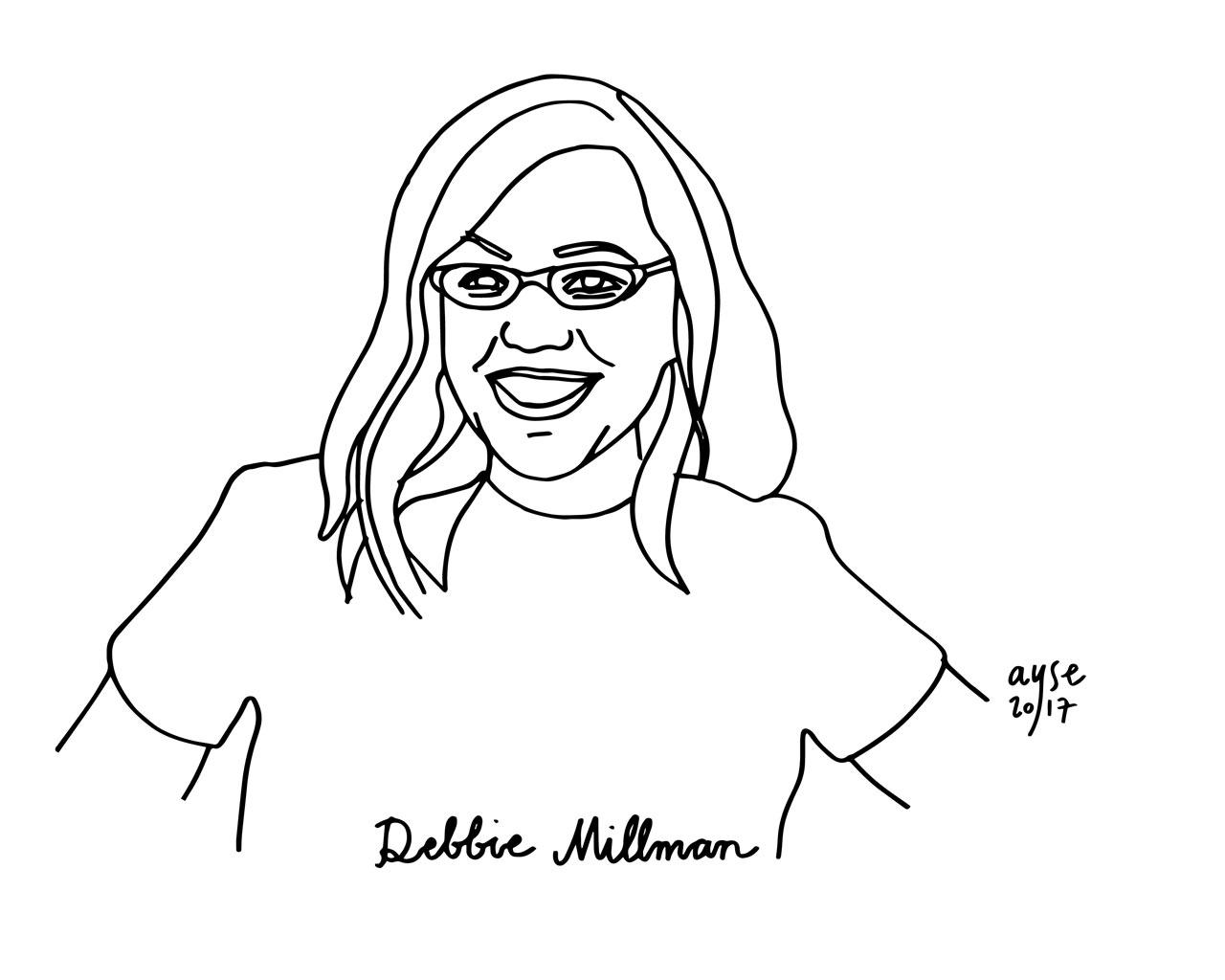 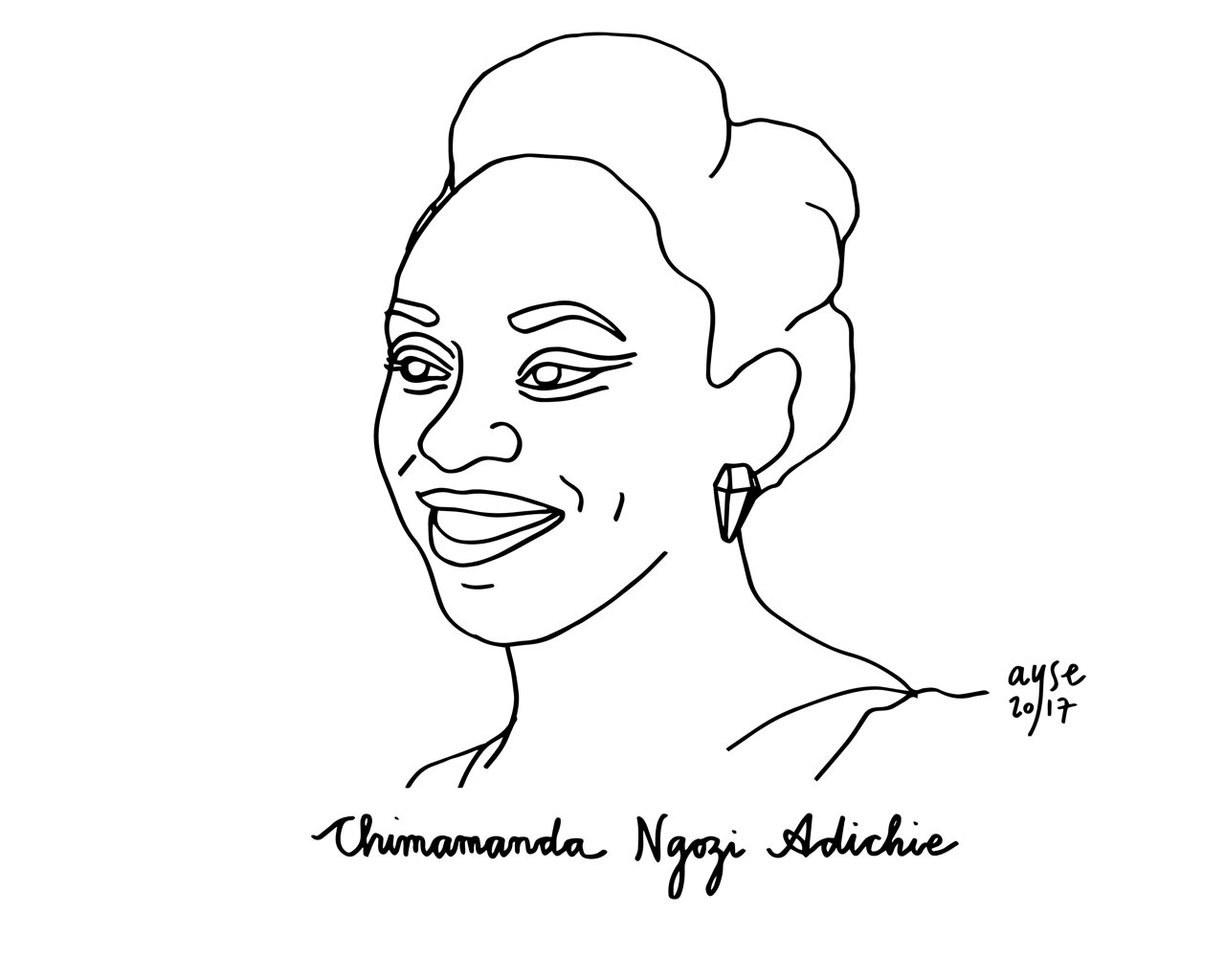 Born in Izmir along Turkey’s Aegean coastline, Ayse Birsel grew up soaking in all her homeland had to offer, which perfectly meshed age-old practices with modern ideas. From 1981 to 1985, she studied industrial design in Turkey’s capital of Ankara at Middle Eastern Technical University before being granted a Fulbright scholarship to attend Pratt Institute in New York City. Before long, Birsel co-founded Birsel+Seck, an award-winning design studio she set up with her husband, Bibi Seck, where they’ve worked with brands like Herman Miller, GE, Nissan, Tiffany & co., Colgate Palmolive, and Philips. Most notably, the New York-based designer worked with Herman Miller on Living Office, a concept that aims to enhance the workplace for people and aids in companies getting their goals met. Fast Company even chose her as one of the world’s most creative people! For this Friday Five, Birsel shared five people that inspire her, accompanied by a sketch she did of each one of them. 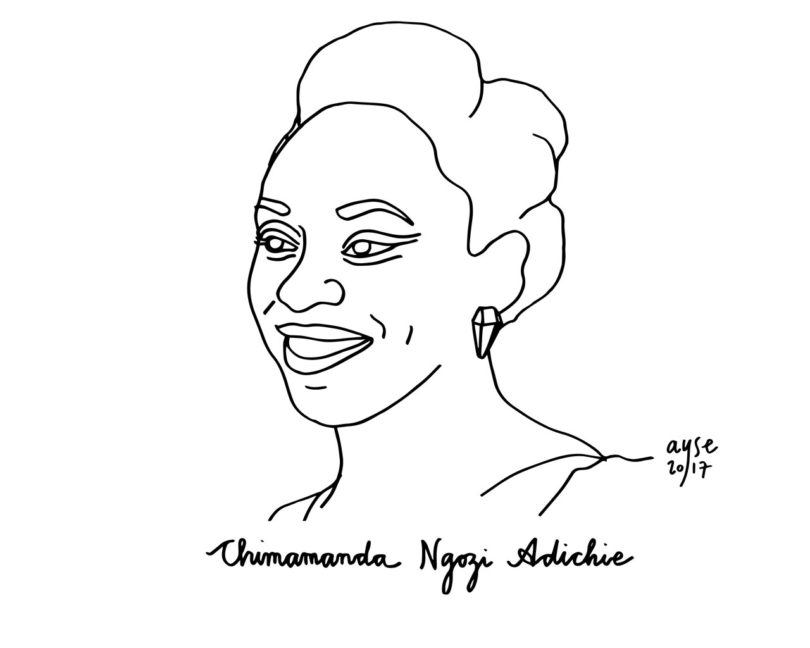 01. Chimamanda Ngozi Adichie. On being a woman. Her writing, fiction and non-fiction, is unparalleled. She inspires me on what it is to be a woman today. Her, ”We teach girls to shrink themselves, to make themselves smaller. We say to girls, you can have ambition, but not too much. You should aim to be successful, but not too successful. Otherwise, you would threaten the man. Because I am female, I am expected to aspire to marriage. I am expected to make my life choices always keeping in mind that marriage is the most important. Now marriage can be a source of joy and love and mutual support but why do we teach girls to aspire to marriage and we don’t teach boys the same? We raise girls to see each other as competitors not for jobs or accomplishments, which I think can be a good thing, but for the attention of men. We teach girls that they cannot be sexual beings in the way that boys are.”, is taped to our mirror at the entrance of our home, where we raise 2 teenage daughters. 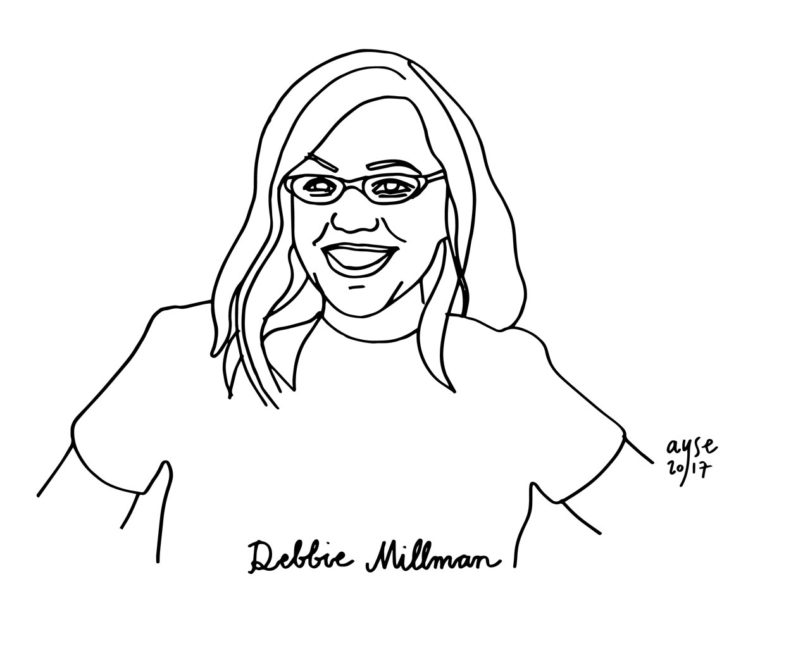 02. Debbie Millman. On designing conversations that matter: I listen to Debbie Millman’s Design Matters podcast, now in its whopping 12th year, in the shower, walking to the subway, on the bus. You know how you wish you could be a fly on the wall when your heroes talk, well that is how I feel when I listen to Debbie and her guests, my favorites including Maira Kalman, Steve Heller, Amanda Palmer, Brian Koppelman, Caroline Paul and Roz Chast. List goes on and on—273 episodes are available online. 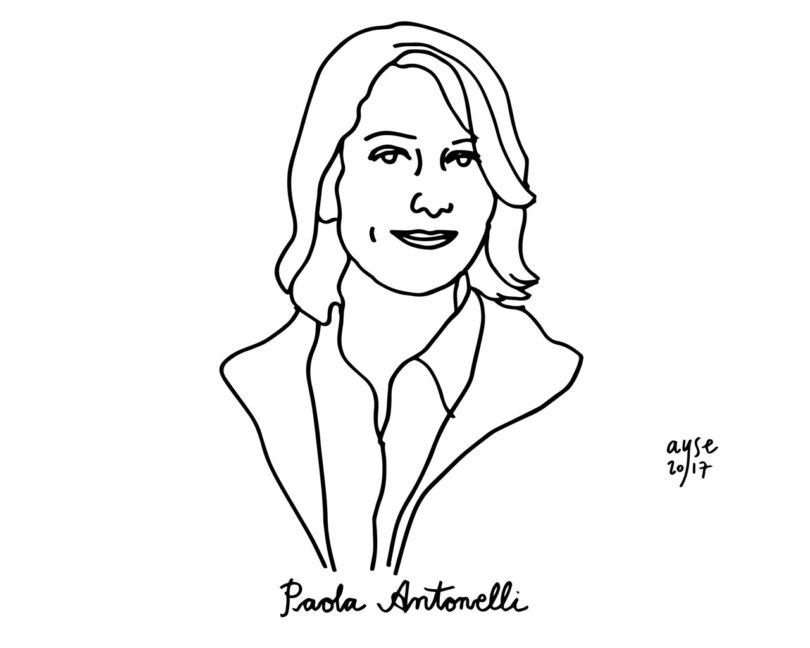 03. Paola Antonelli. On being a design oracle. Lecturer, MoMA curator, author. In the universe of design, she is the north star. You know how Steve Jobs said, “You can’t connect the dots looking forward; you can only connect them looking backwards. So you have to trust that the dots will somehow connect in your future.” Well, Paola is that singular person who can connect the dots in any which way she sees them and be right, every time. Obviously I am a fan. 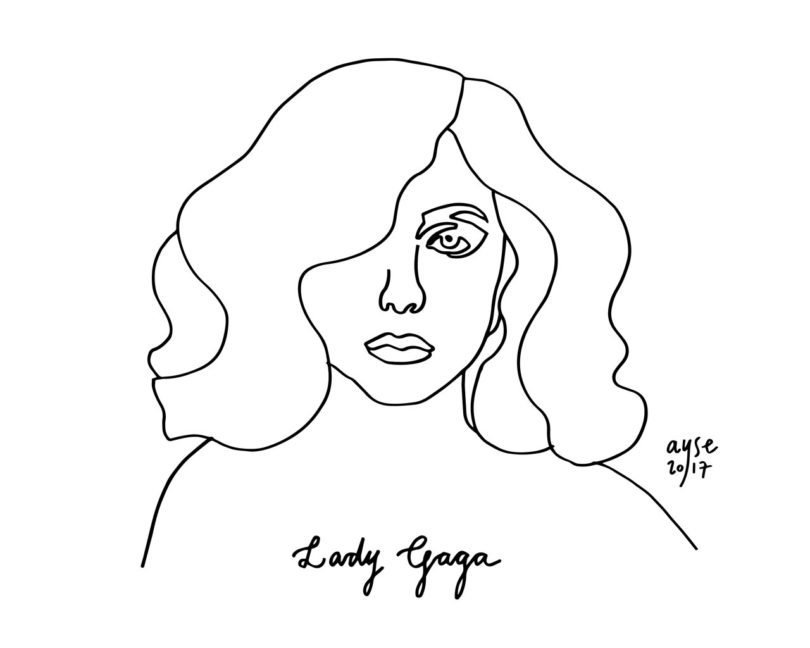 04. Lady Gaga. On living an original life. “Houston, America, World, dad, mom, hello!”. Gaga’s message of inclusion with these 6 simple words and both the intimacy and universality of it, while singing, playing instruments and dancing in front of millions at Super Bowl half time, made me realize this woman is a super hero. Mine. 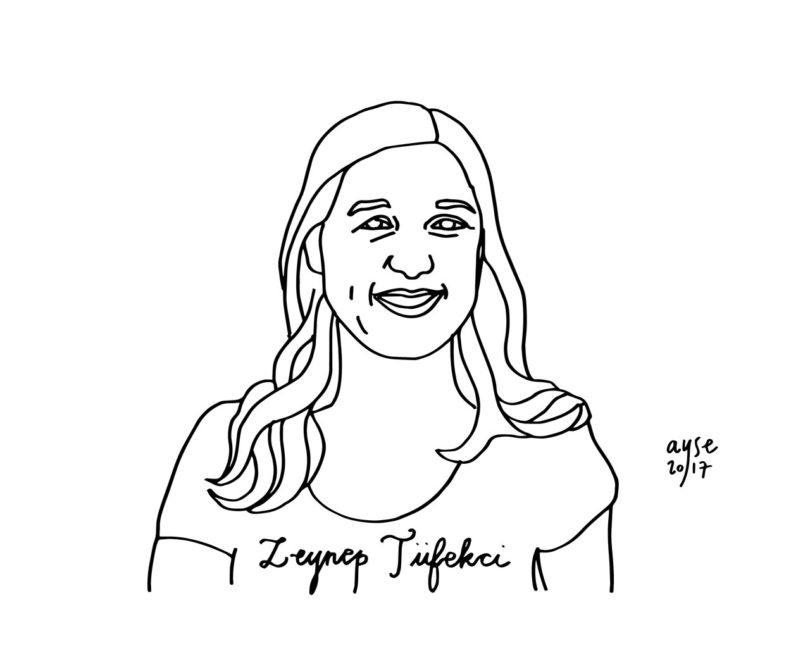 05. Zeynep Tufekci. On deciphering technology. AKA Technosociologist, she is my go-to source for understanding the social impact of technology, on politics, surveillance, ethics, as she holds Facebook, Wikileaks, Twitter to the fire. Her NYTimes opinion pieces usually make me want to cry with frustration or my own naiveté. Just read her latest here, Does a Protest’s Size Matter? She is fearless.