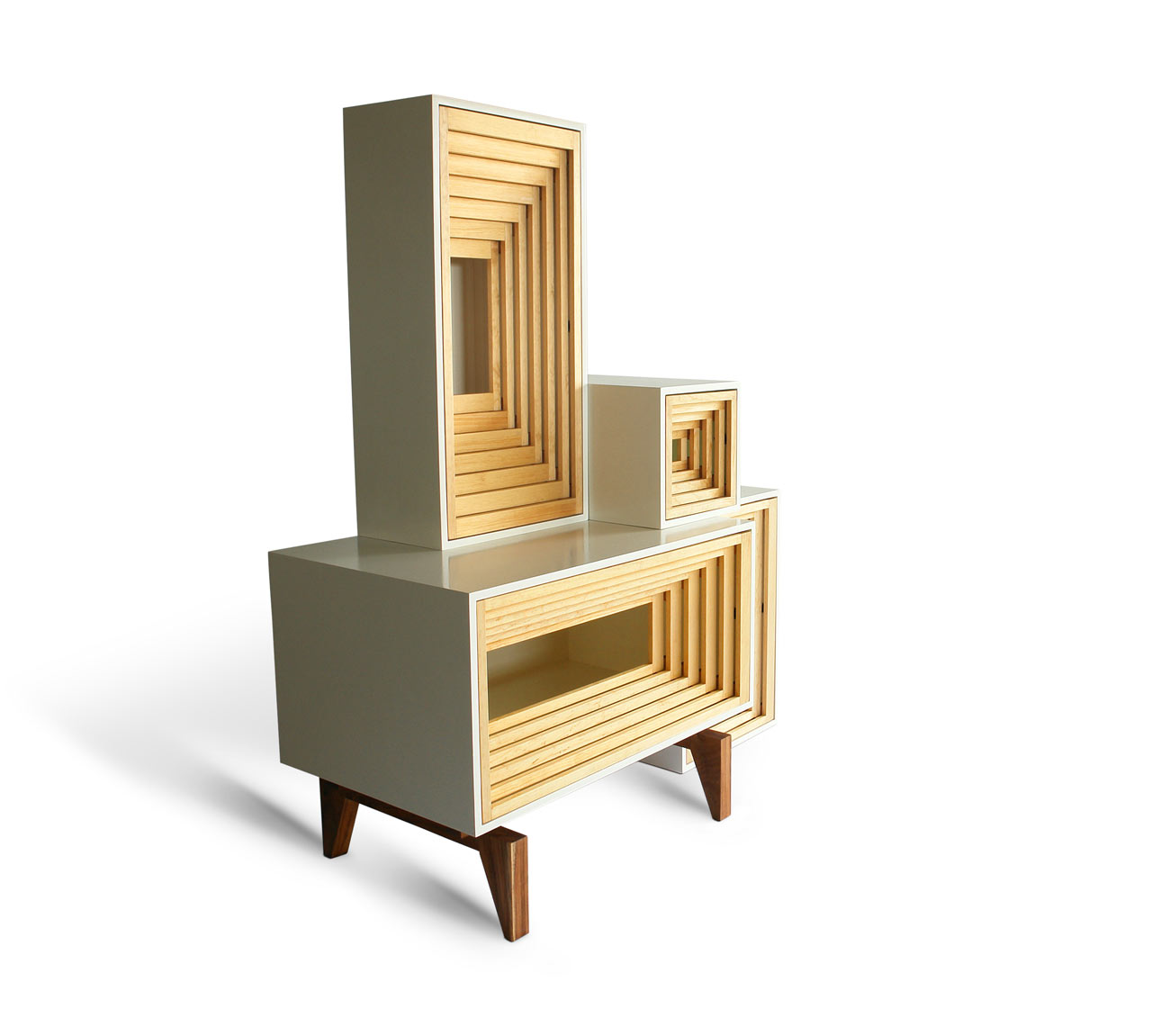 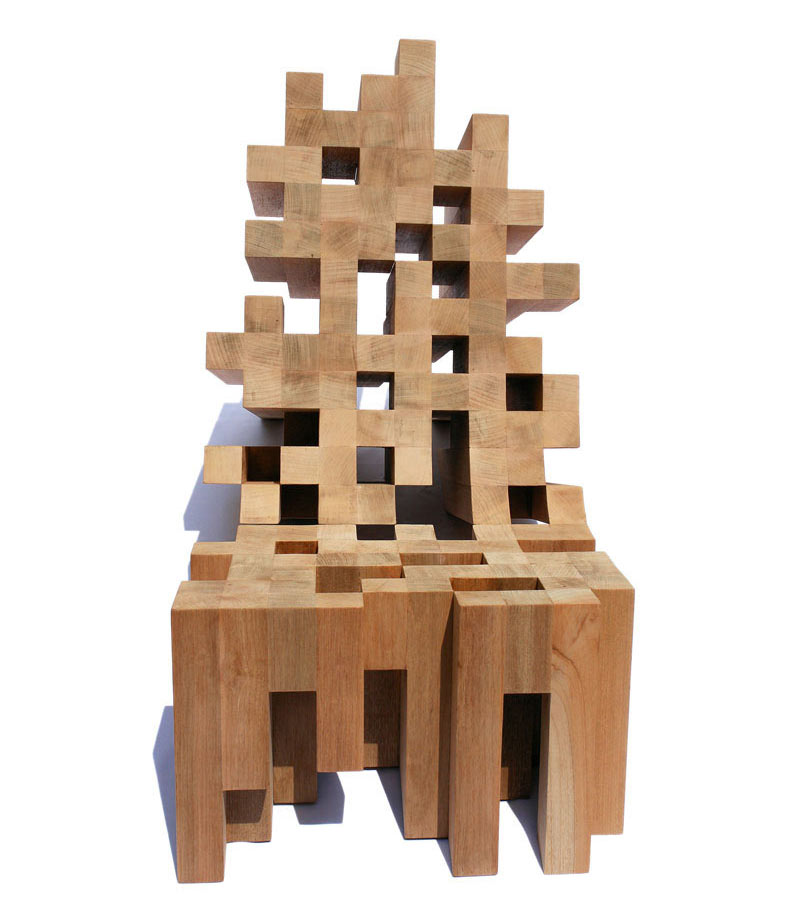 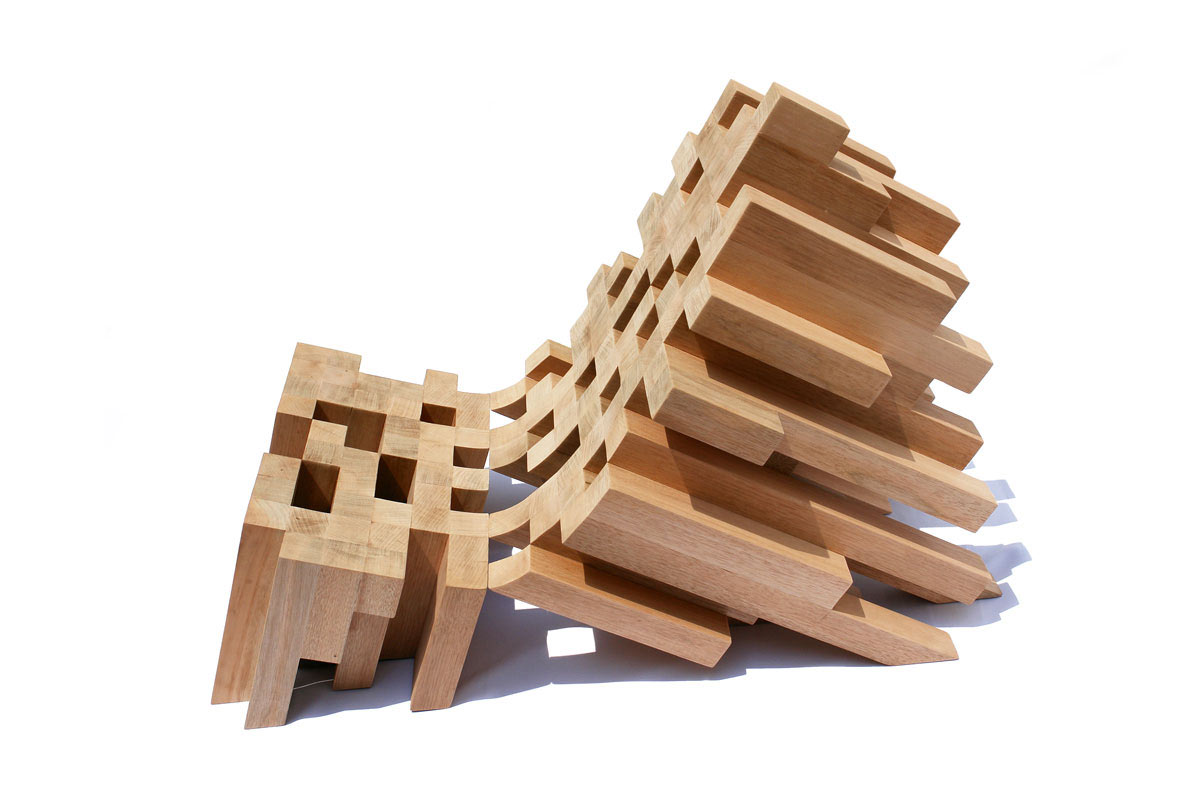 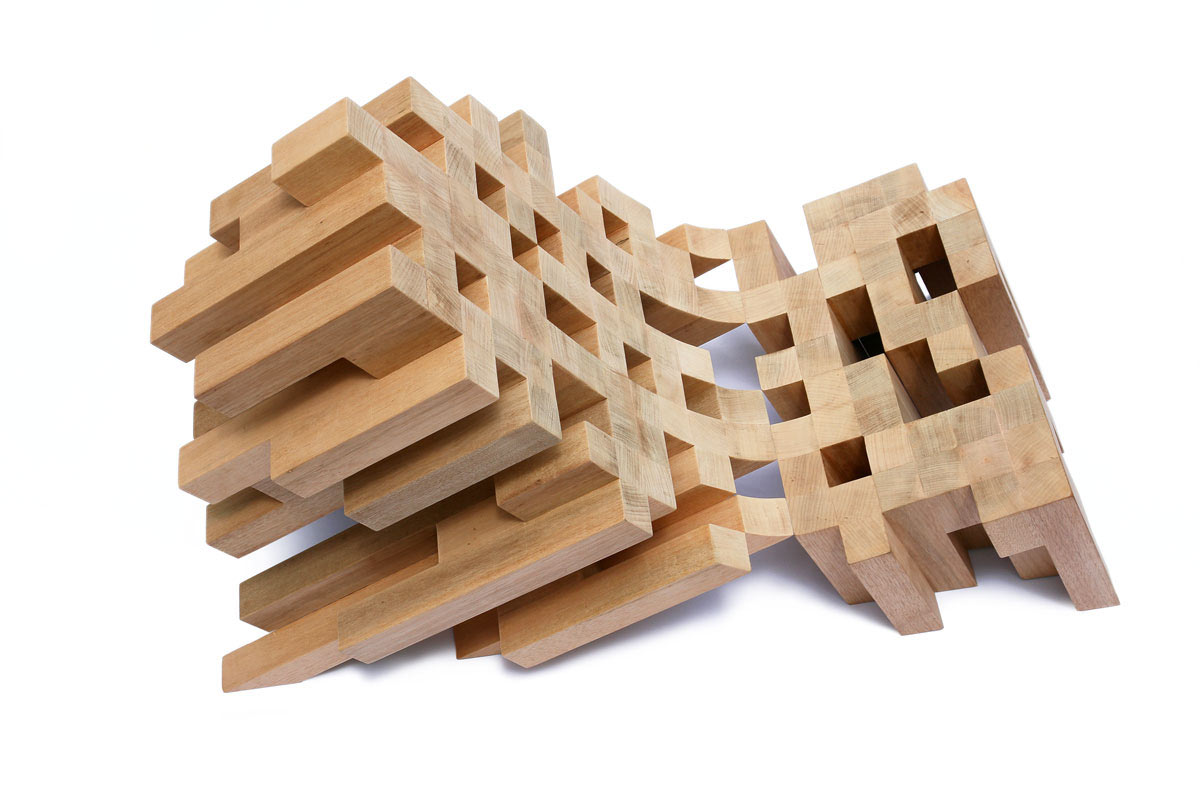 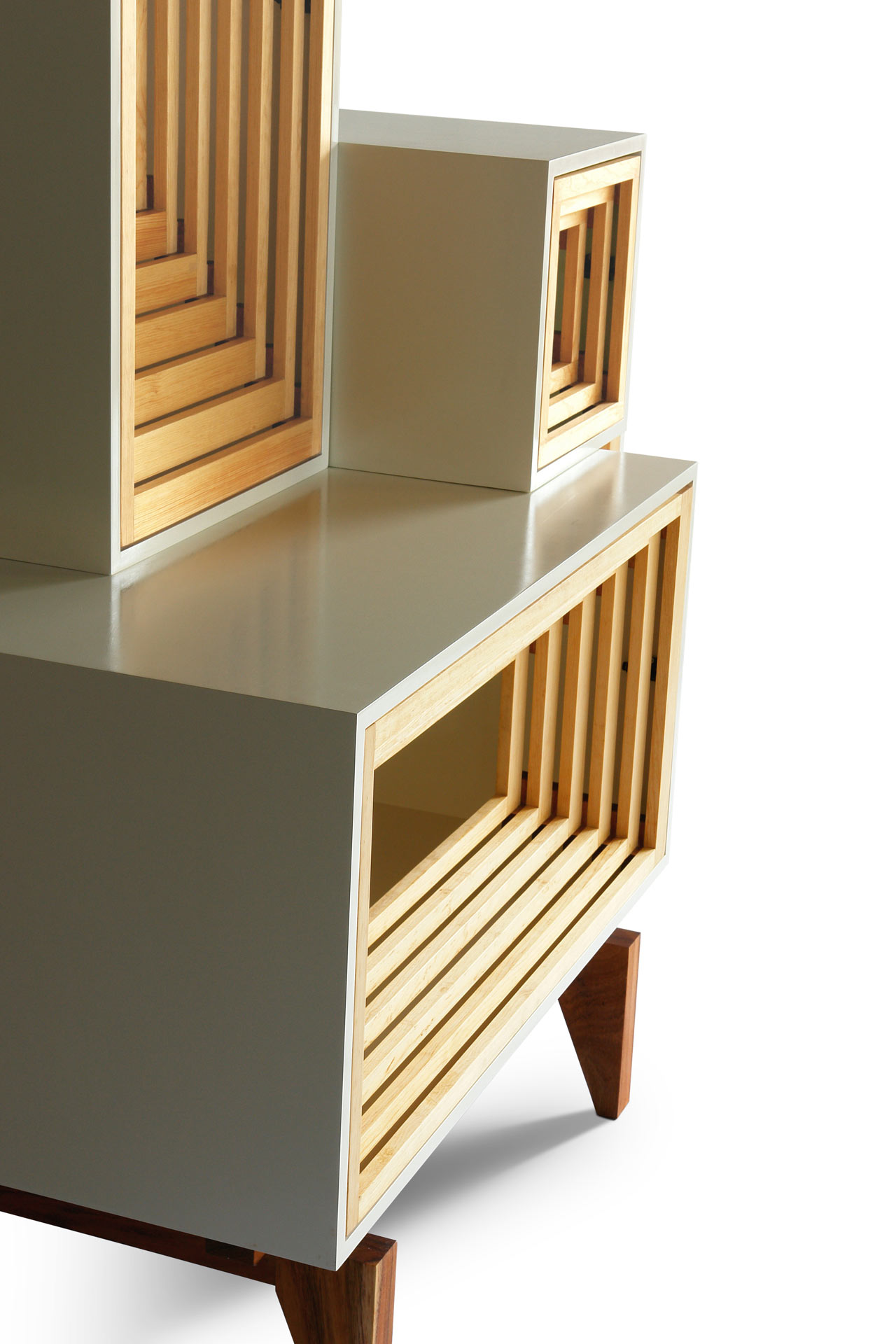 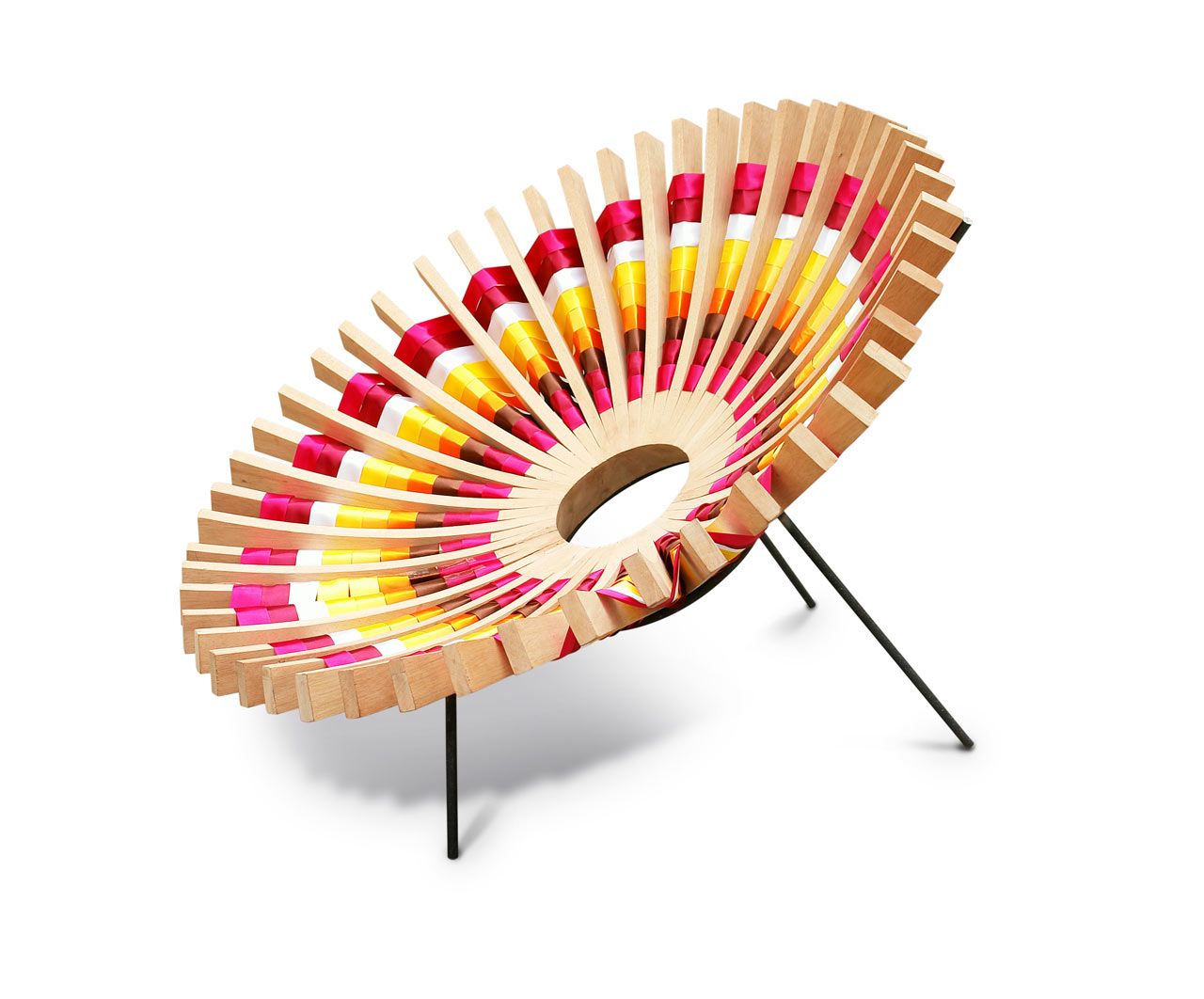 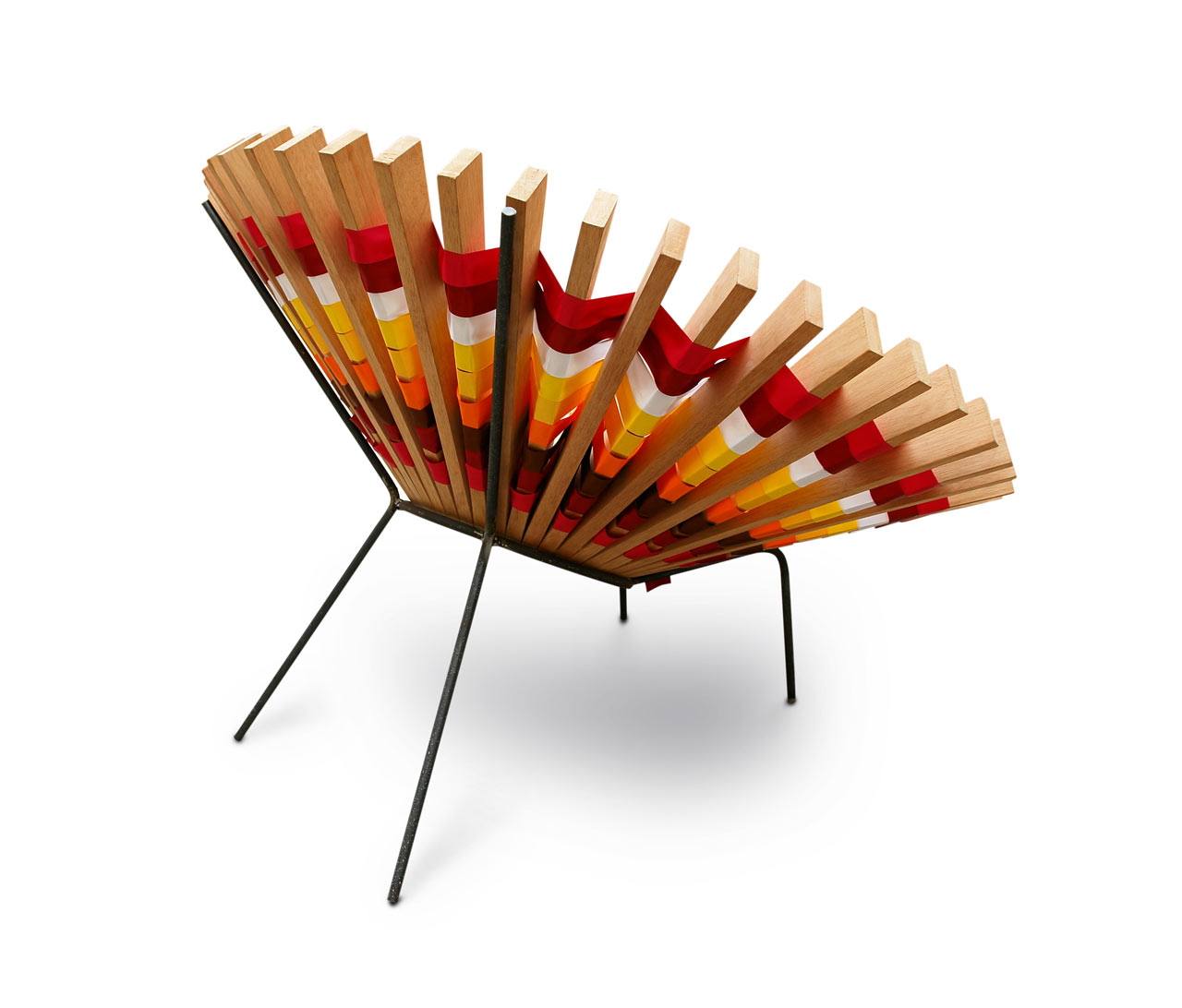 Designed by Raúl Téllez Herrera, these pieces of furniture are some of the first in a collection of pieces by Mexican architecture firm Arquiteknia. 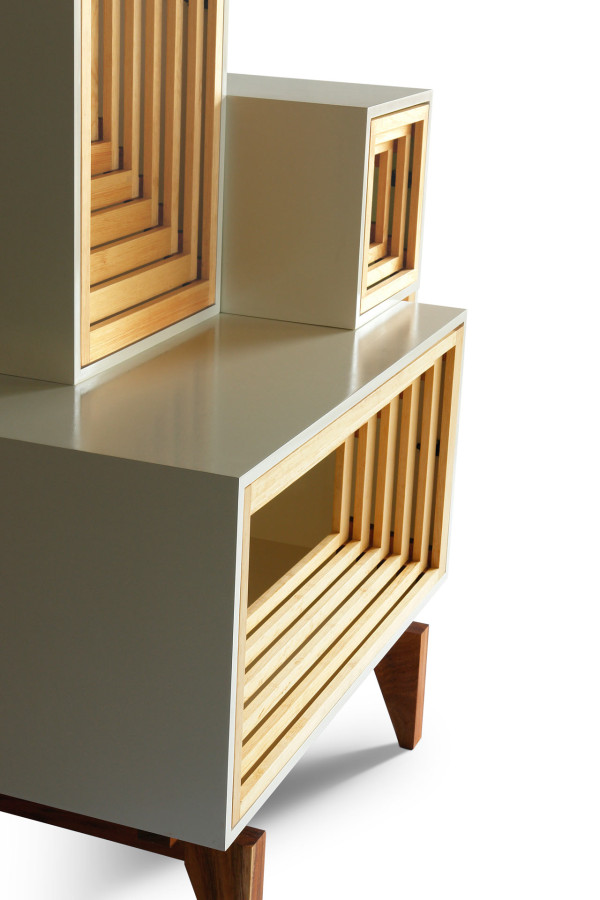 Cabinet Totem
Created as part of an analysis or formal exercise focused on space. It consists of four interchangeable elements that can be used for different configurations depending on a user’s needs.

The space while it is defined by its perimeter face, at other times raises an interaction with its immediate context, without limitation, inside, outside, remain the same space where your skin, understood as the container is created with textures, colors and varied transparencies to disappear, leaving only traces skinless, canvas, only perimeter, posing a challenge to the ownership of the space itself and challenges the viewer to “try to visually determine whether a space is inserted or is out of it.” 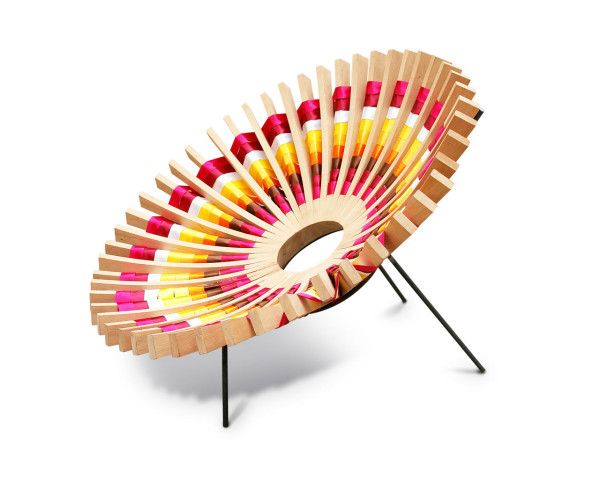 Maria Chair
Maria is a chair that also plays with space. It recalls the image of a traditional Mexican dress, when turning around in circles, puffs up and twirls. Made of solid wood with a steel base, the fabrics are woven in and out of the rectangular sections. 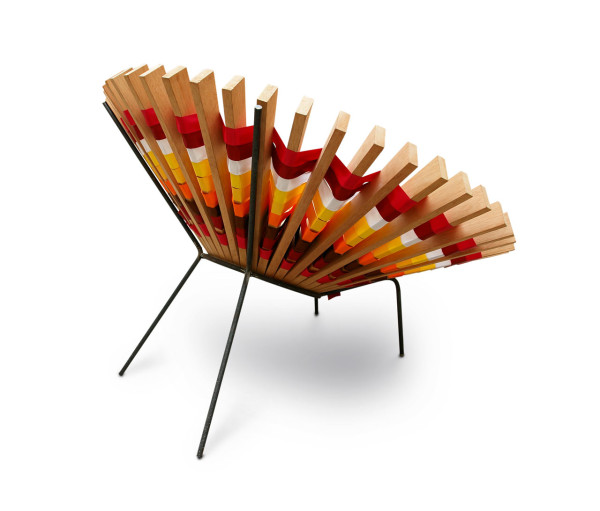 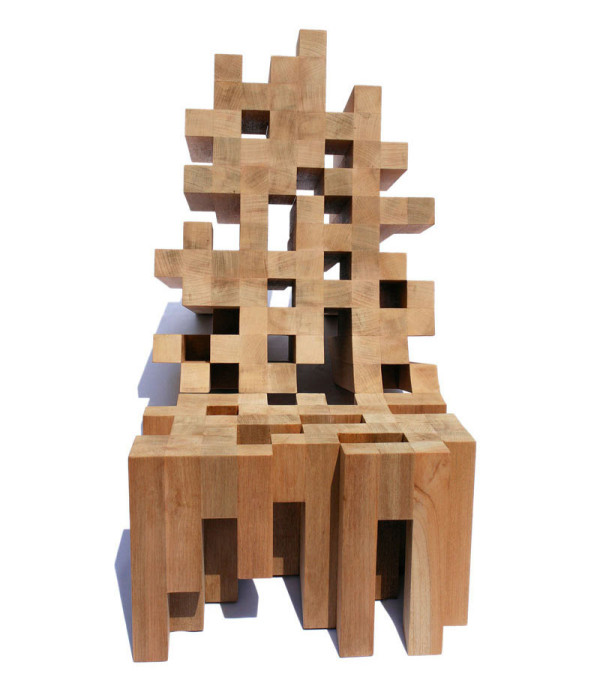 Butake
The butaque, a wooden seat whose sides are formed by two pieces joined like a cross, is a very popular seat in certain areas of Mexico. This is a new interpretation of the butaque. 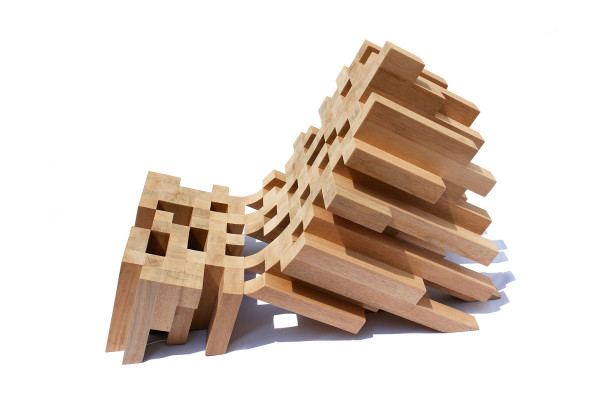 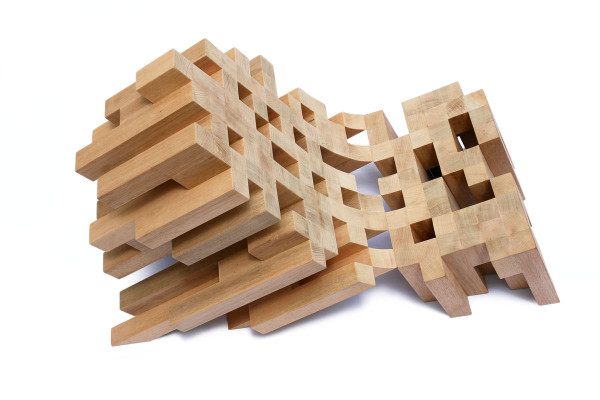