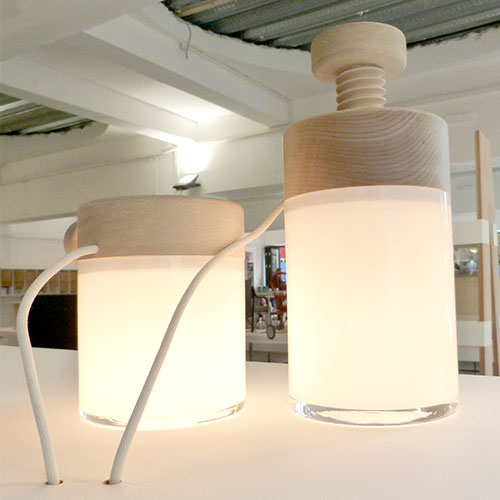 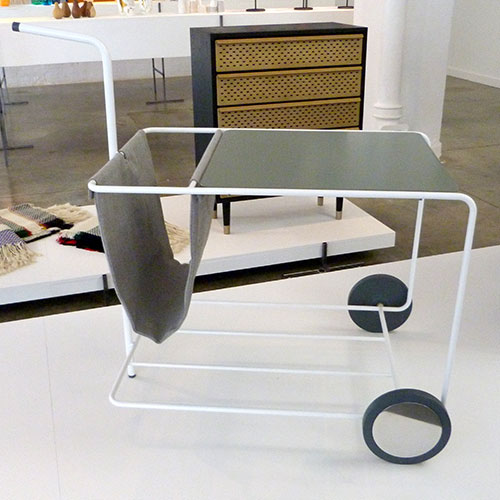 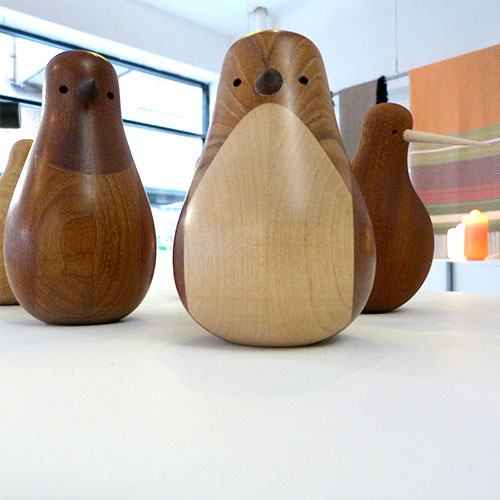 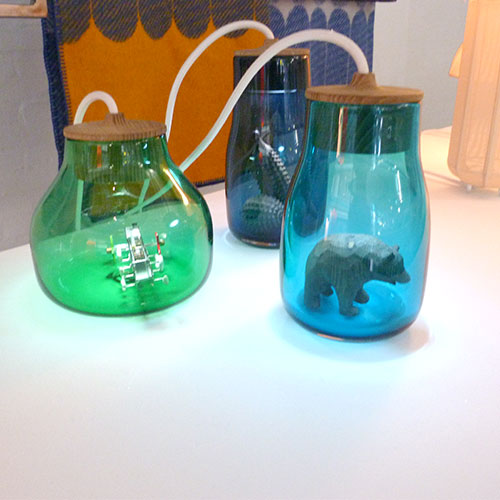 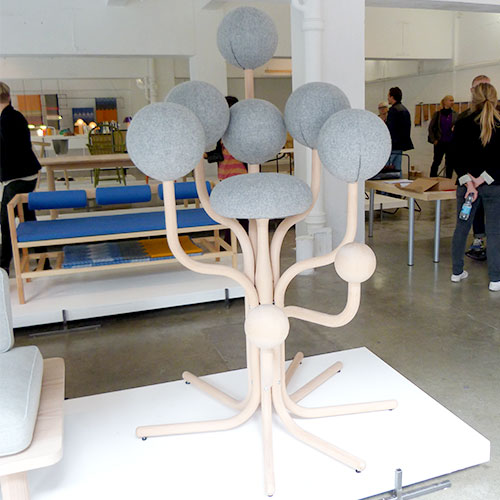 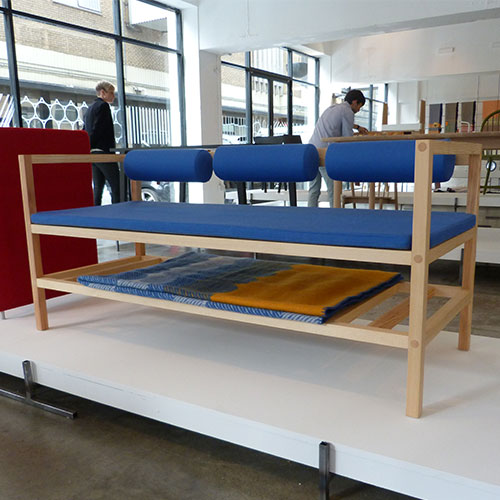 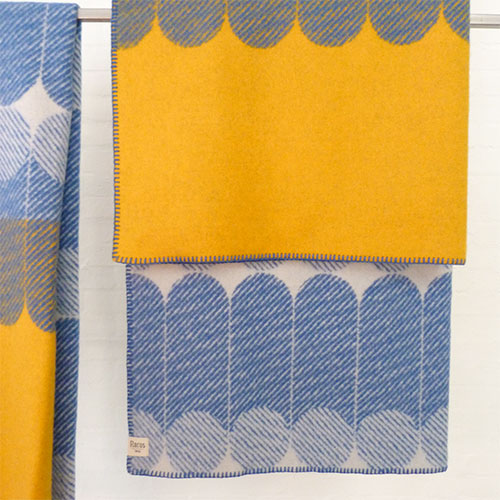 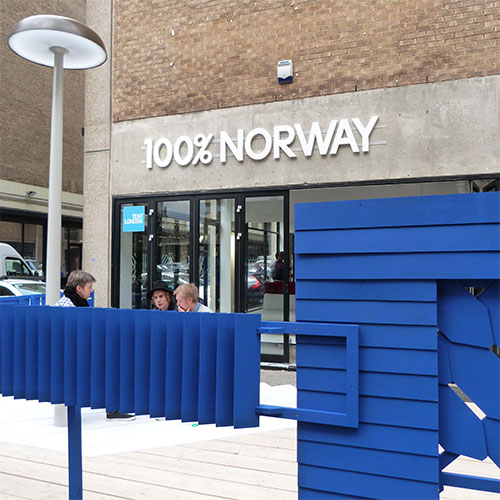 100% Norway turned nine this year, making it only a year younger than the London Design Festival itself. To celebrate, it moved to a shiny new venue, Dray Walk Gallery, just around the corner from Tent. The light-filled space was a perfect backdrop for the cool understated Scandinavian design. It was designed by Amy Hunting and Oscar Narud; described by curator Henrietta Thompson as “two of the most innovative and capable young Norwegian designers in London.”

These Turn lights by Caroline Olsson are made from made of birch and hand blown glass. They were inspired by workbenches in Norwegian wood workshops – the tightening mechanism controls the brightness of the light.

Known for their minimalist aesthetic, Frost Produkt was founded in 2001 by brothers Jann and Sondre Frost. Jann Frost said: “The James table is simple and intuitive, easing the transition between indoor and outdoor environments.”

Re-turned, by Lars Beller Fjetland, is a series of wooden birds made from leftover wood by newly established Italian producer Discipline.

I spotted Kristine Five Melvaer’s Light Jars at the Stockholm Furniture Fair, but they’re so lovely I think they’re worth another mention. The idea is that you can put whatever you like in them and use them to: “illuminate beloved trinkets and objects.”

Peter Opsvik’s garden chair was originally designed in 1985 and installed in airports and waiting rooms across Norway. It was decommissioned in the 90s and is now back to have another go at making sitting down a lot more complicated but a lot more fun.

And finally, my favorite pieces: the Benkt sofa and blanket by Victoria Günzler and Sara Wright Polmar, who were exhibiting first time at 100% Norway. The Benkt bench is inspired by traditional Scandinavian kitchen benches and the Benkt blanket pattern is inspired by the geometric lines of the bench’s the cushions. I love the color combination.