The MOD-t Is a Gateway Into 3D Printing 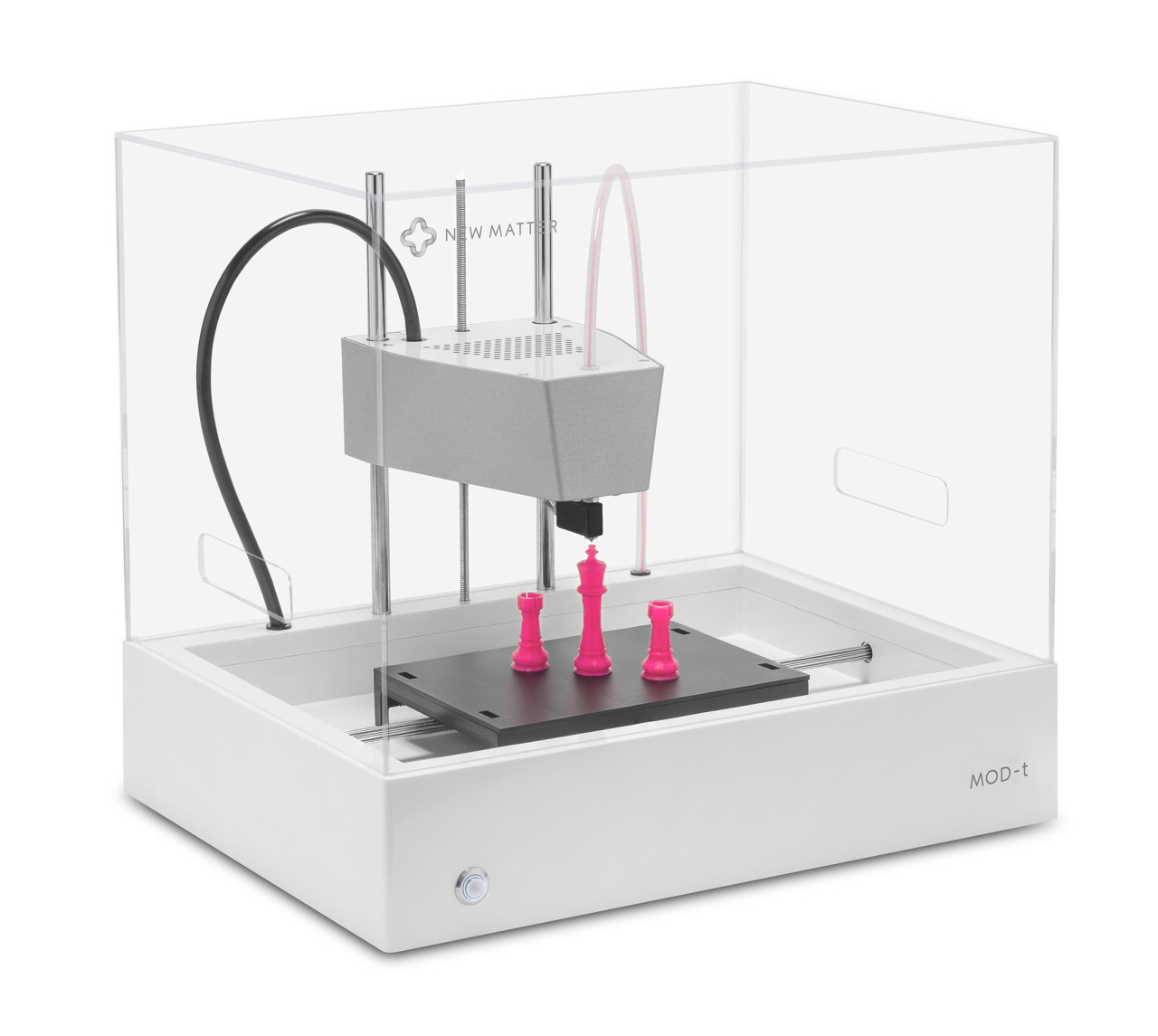 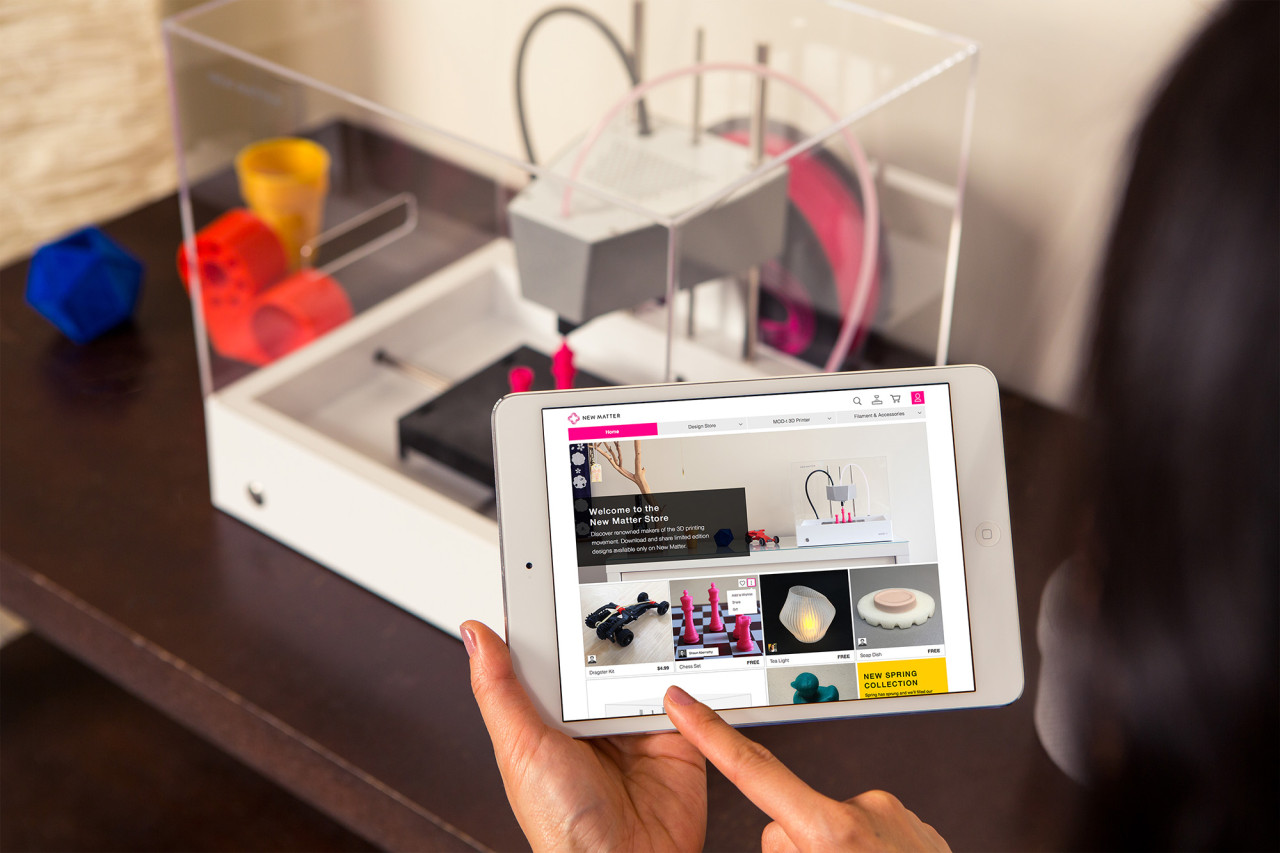 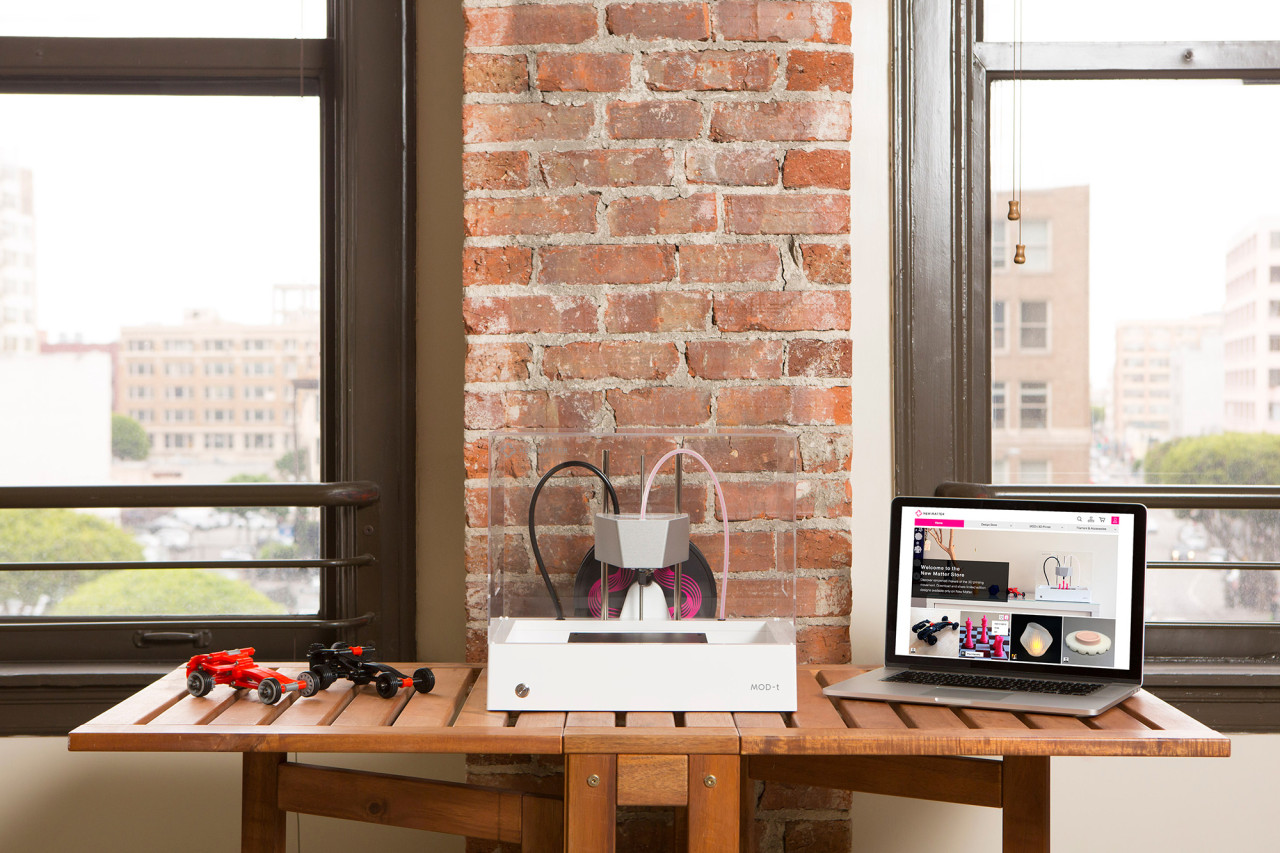 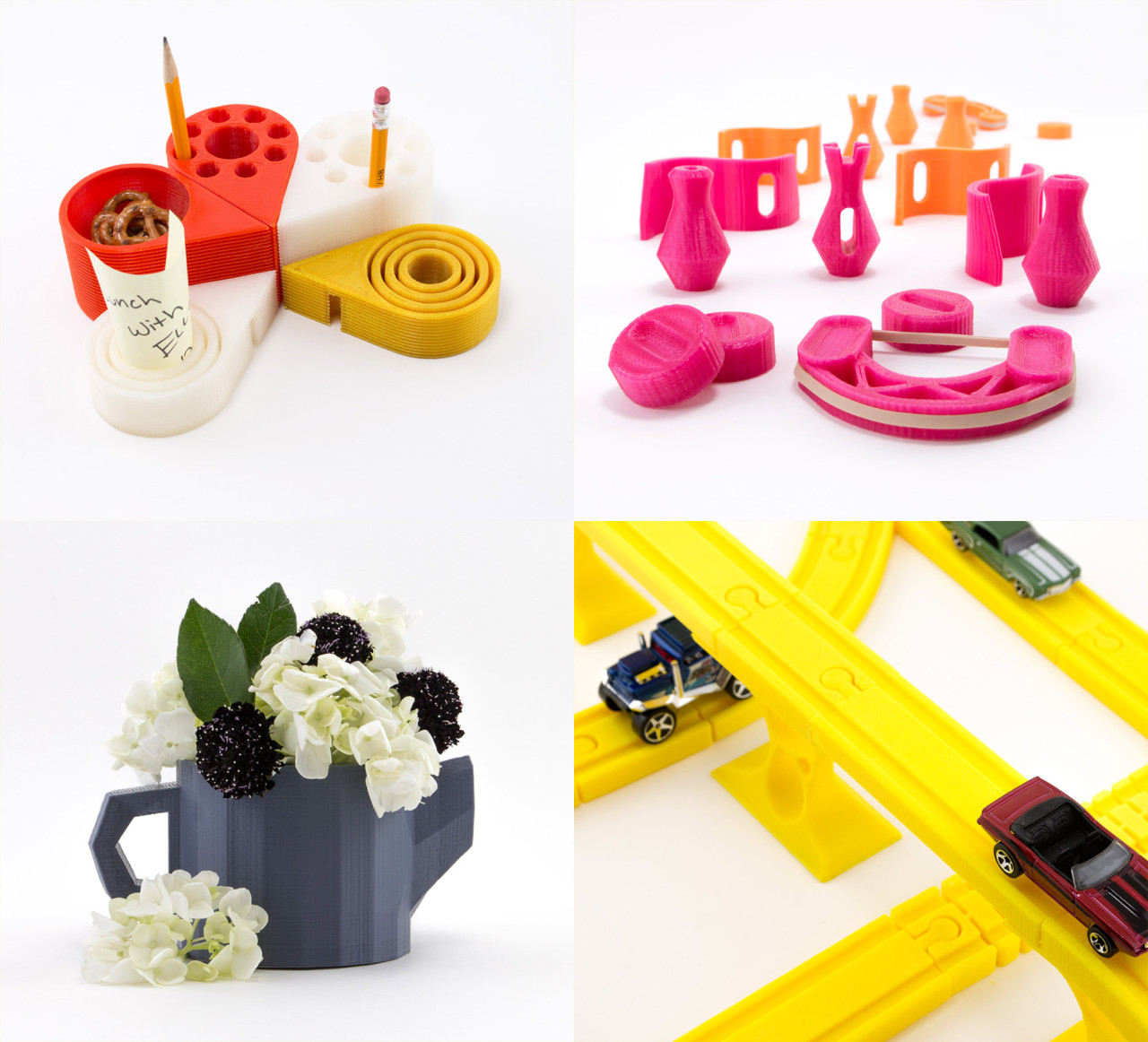 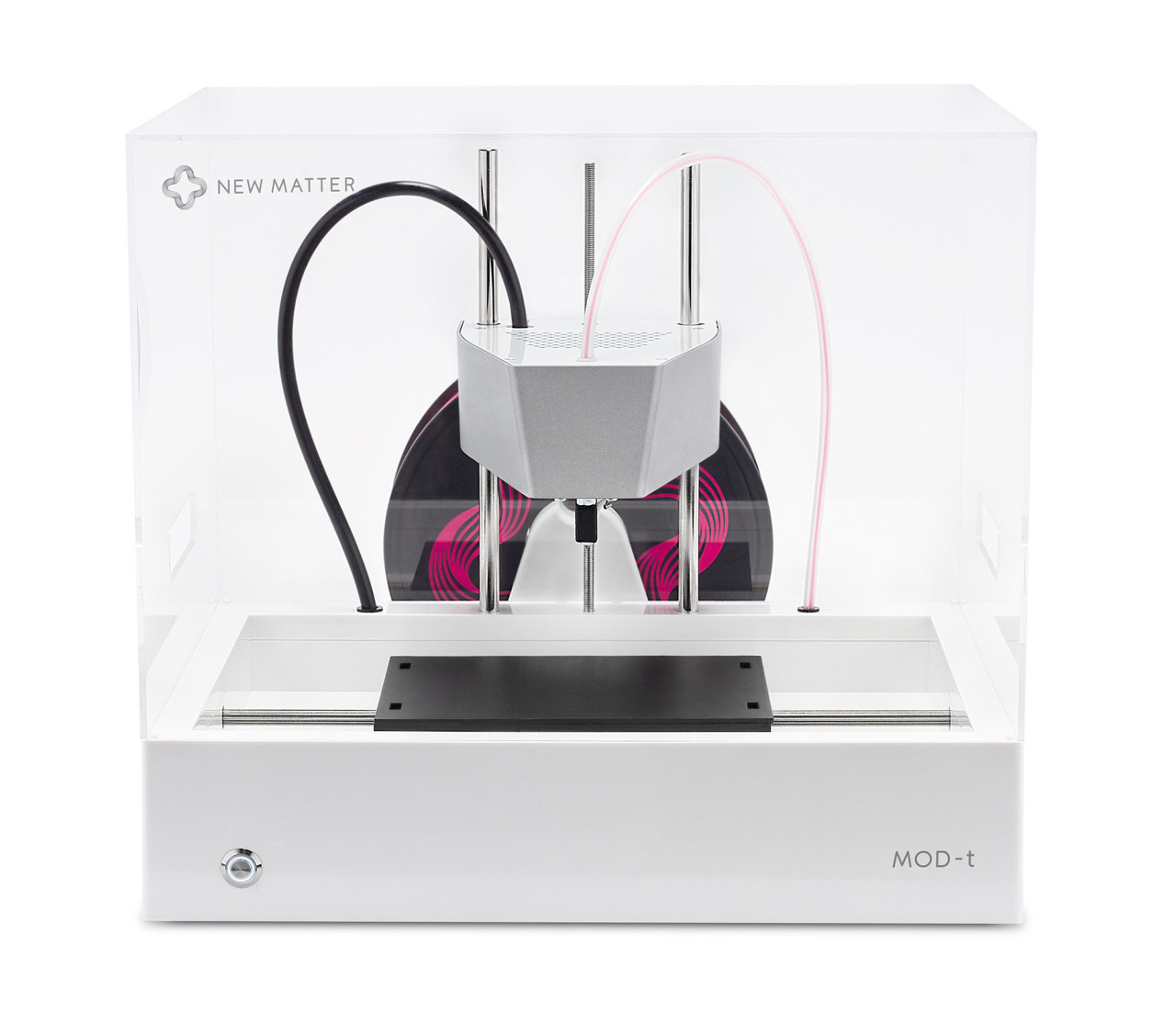 The first thing you’ll notice about the New Matter MOD-t 3D printer is the entirety of its clean and modern design, the 3D printer equivalent of an Apple Store in miniature. The design is the creative handiwork of international design firm Frog Design, specifically the company’s venture investment and exploratory offshoot, Frog Ventures. The sleek photogenic design represents its consumer intents; affordably priced, sized for portability, and Wi-Fi enabled, the MOD-t is an inexpensive 3D printer meant for the masses. 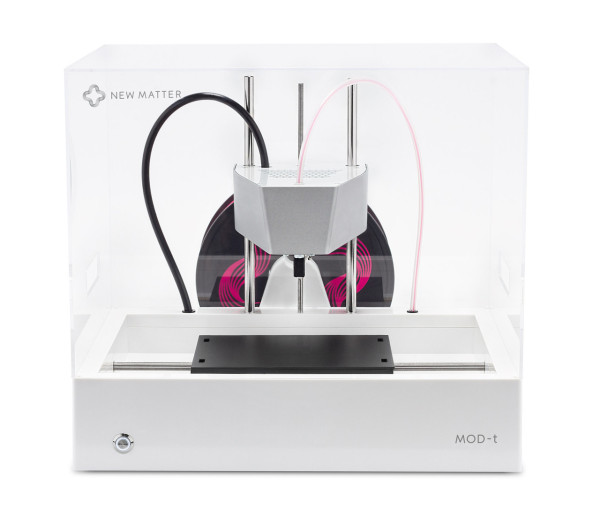 The MOD-t 3D Printer stands out not only for its clean design, but also for its wallet-friendly $399 price tag.

The photogenic cube design, reminiscent of Frog Design’s work for Steve Jobs’ NeXT cube, is also representative of the New Matter’s engineering. By developing a 2-axis motion mechanical printhead and platform designed with a third less parts, the company was able to fit utility without complexity or weight. The clear case offers both sound and thermal containment as the printer works in extruding and forming 3D models into physical product, but also admittedly presents a minimalist aesthetic appreciated even while turned off. 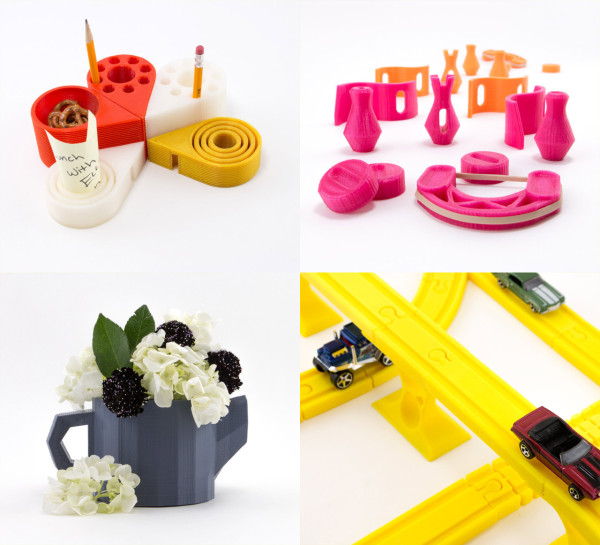 The MOD-t prints at a standard resolution of 200 microns, with the option to bump up to the high-quality setting of 100 microns. A high speed printing setting at 400 microns allows for rough and quick prototyping.

The 11 pound design houses a PLA-only printer using universal 1.75-millimeter filament cartridges and New Matter’s own proprietary filament cartridges; the MOD-t is shipped with two cartridge sizes to get users started (with 13 different colors to choose from). Polylactic acid (PLA) filament is easier to work with than the other popular 3D printer alternative, acrylonitrile butadiene styrene (ABS), and less prone to curling around the edges. PLA is non-toxic and sourced from corn starch or tapioca root, a plus while printing indoors, limiting VOC odors to a pleasant foodstuff presence rather than the open-the-windows smell of burning plastic. 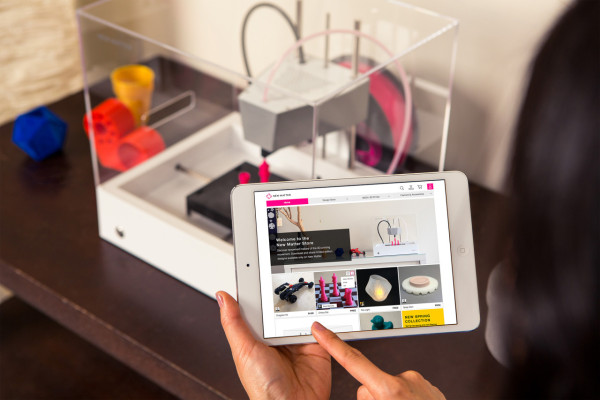 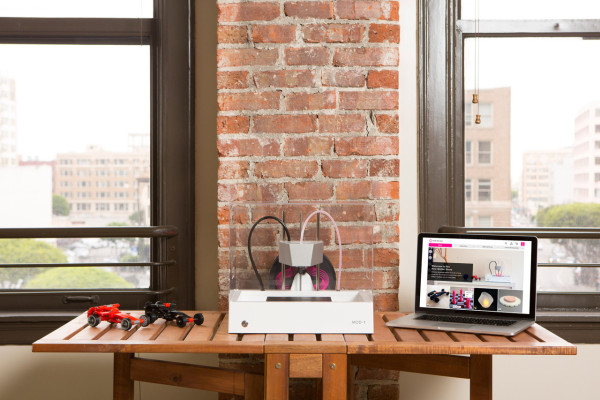 Make no mistake, the New Matter MOD-t isn’t for professionals. Its limitations include solid-but-not-stellar printing resolution reflective of the unit’s price, with a maximum model output of about 6″ x 5″ x 4″. That said, the machine is an affordable proposition for design students and newbie 3D printing enthusiasts looking to get a foot in through door and immediately turn ideas into physical objects. We look forward to future iterations of this user-friendly machine aimed at makers, students, and burgeoning designers.