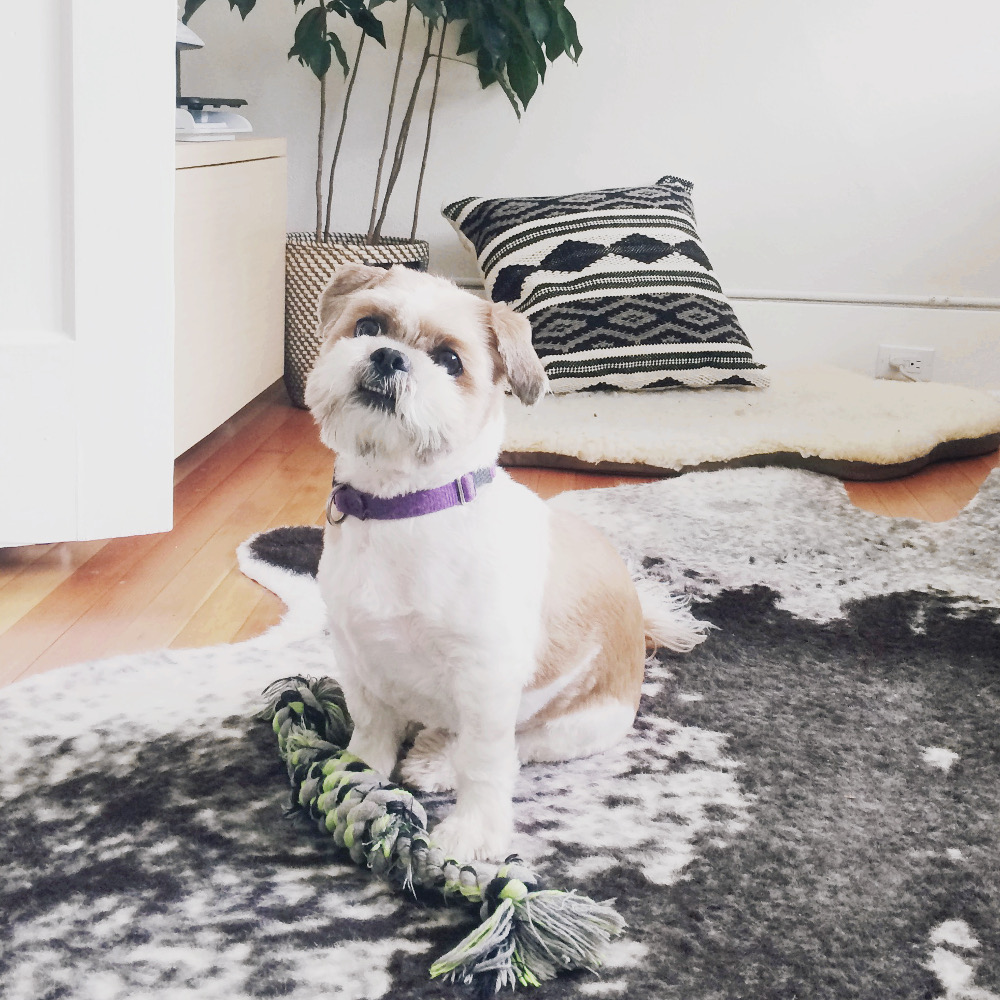 Our resident Space Pig celebrated his 6th birthday this week and, as birthday-having folk are wont to do, he put together a wish list for the occasion! If Smash had his druthers, he’d be sleeping on a mound of bacon-covered peanut butter, but for now he’s hoping for this: 1. Since moving to Oregon, Smash has developed a deep love for the coast. Running along the beach and jumping in the occasional tide pool fill this little pup with joy. Naturally, this anchor-patterned tee from penn+pooch is first on his list.

2. If he’s not eating, he’s sleeping. His favorite way to sleep is curled up into the tightest ball he can muster, so this bed by MiaCara would be perfect for our little fur ball.

3. While we *think* he’s only six (he could be older), it’s never too early to take care of those joints. Smash would snarf down these treats from Bixbi in no time.

4. SHARK! Space Pig loves canvas toys and this fella from Harry Barker would coordinate rather nicely with that nautical t-shirt.

5. Can we all agree that frozen yogurt is the best? Smash definitely thinks so, anyway. Some cool treats from The Bear and The Rat would help him beat the heat this summer.

6. Aside from the sofa, Smash’s favorite spot in the house is right in front of his food bowl. He’d love to spruce things up in the dining department a bit with one of these food mats from Wildebeest.

7. This treat canister by Billy Wolf features a wolf howling at the moon, which is totally badass. At least according to Smash.